Kathryn Kampovsky: Do No Harm

Kathryn Kampovsky: Do No Harm

Pontone Gallery USA presents new paintings by Kathryn Kampovsky, a young, self-taught artist based in Atlanta, USA. Her figurative paintings incorporate elements of text and drawings, which overlay and complement skilfully-rendered portraits of her subjects. The graphic additions act as a commentary, suggesting clues to deeper and wider readings of the characters depicted. 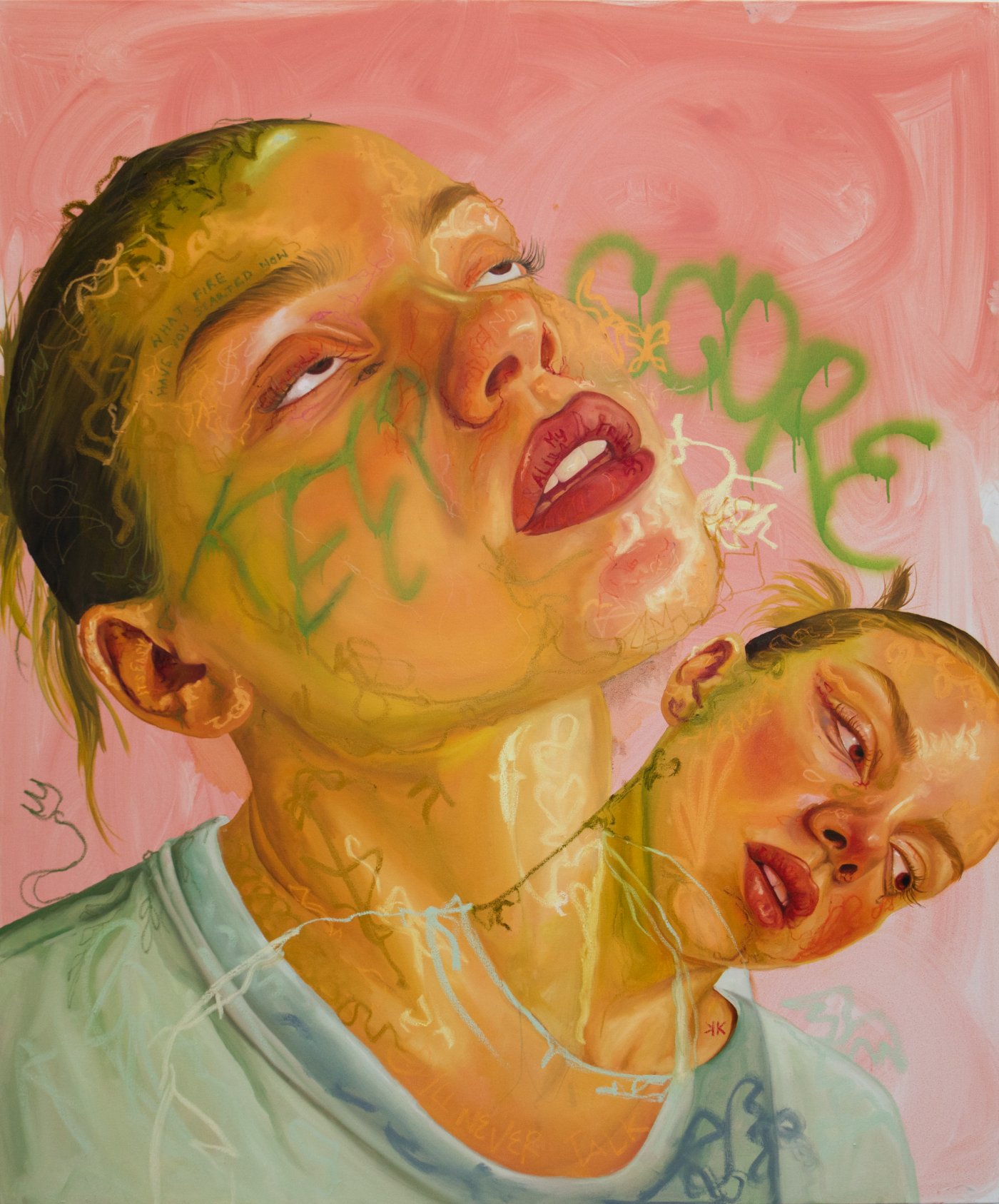 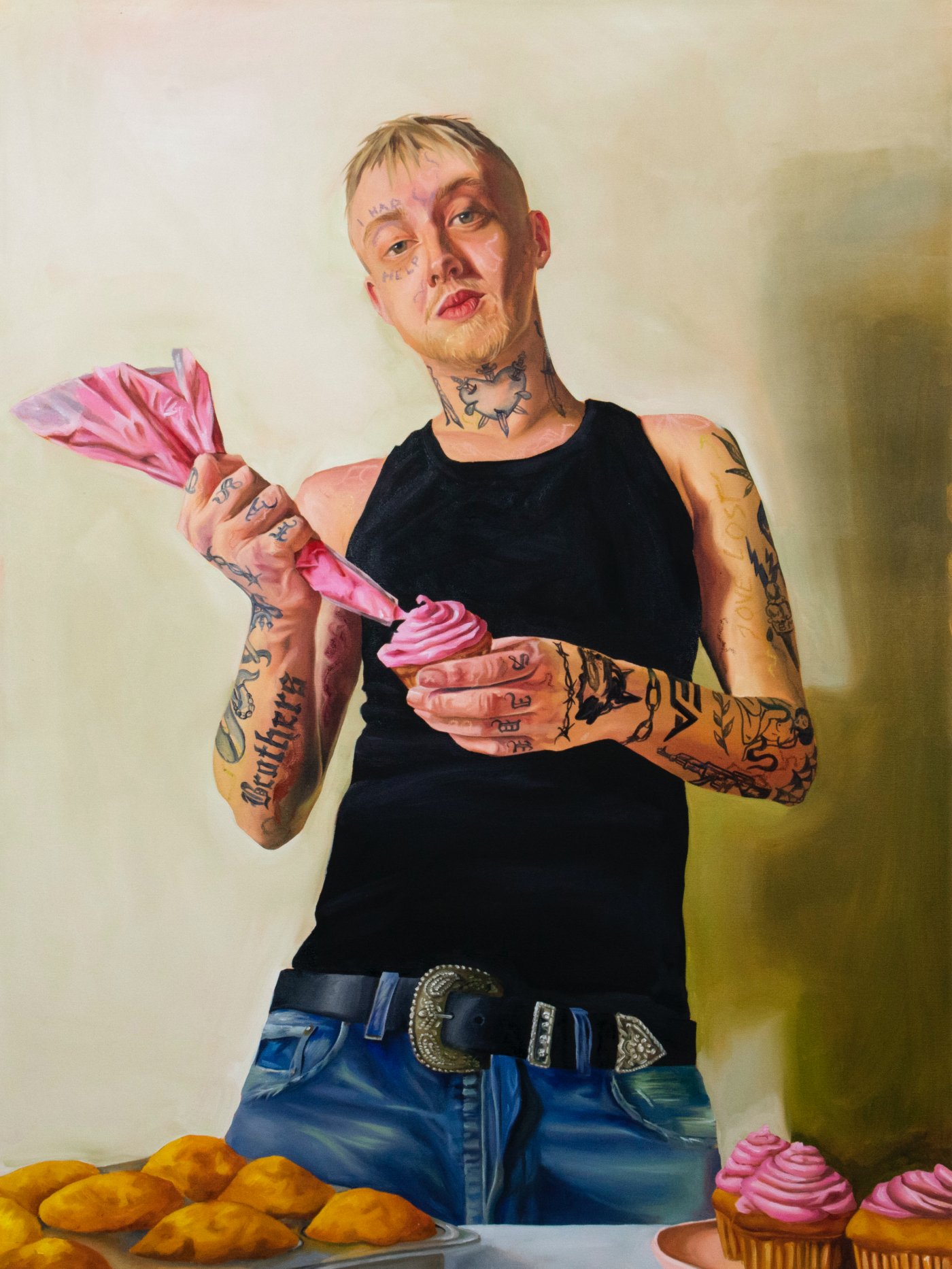 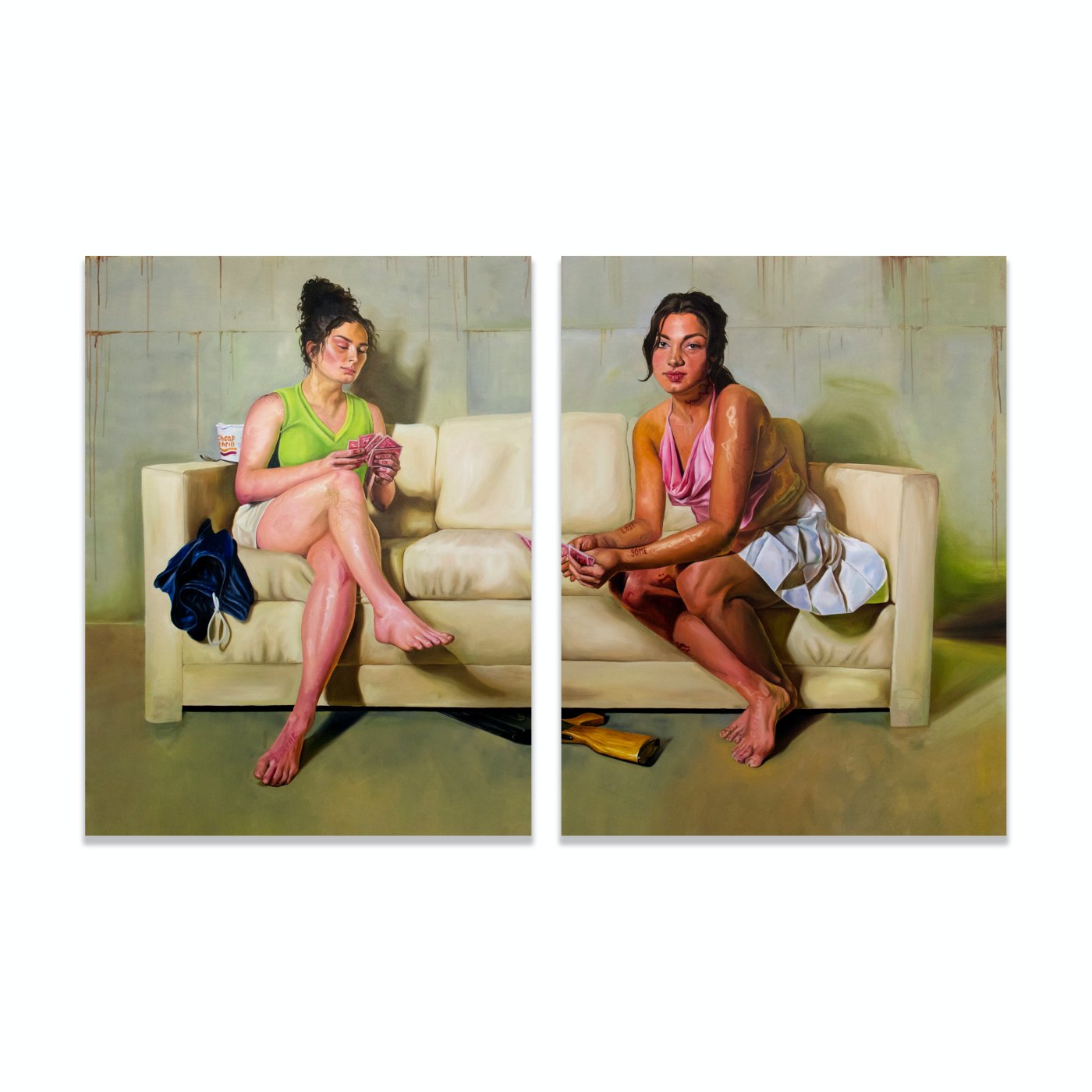 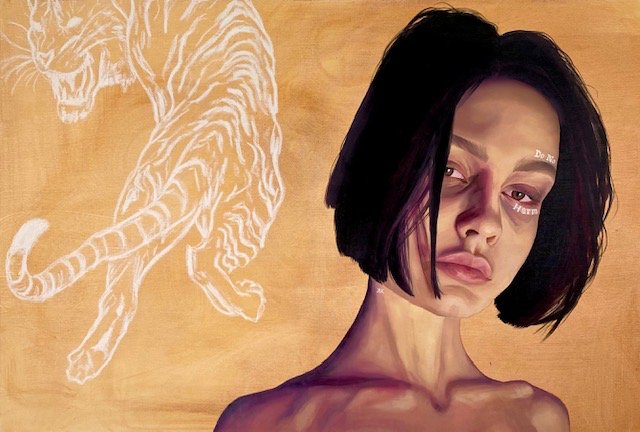 Kathryn Kampovsky
Do No Harm, 2021 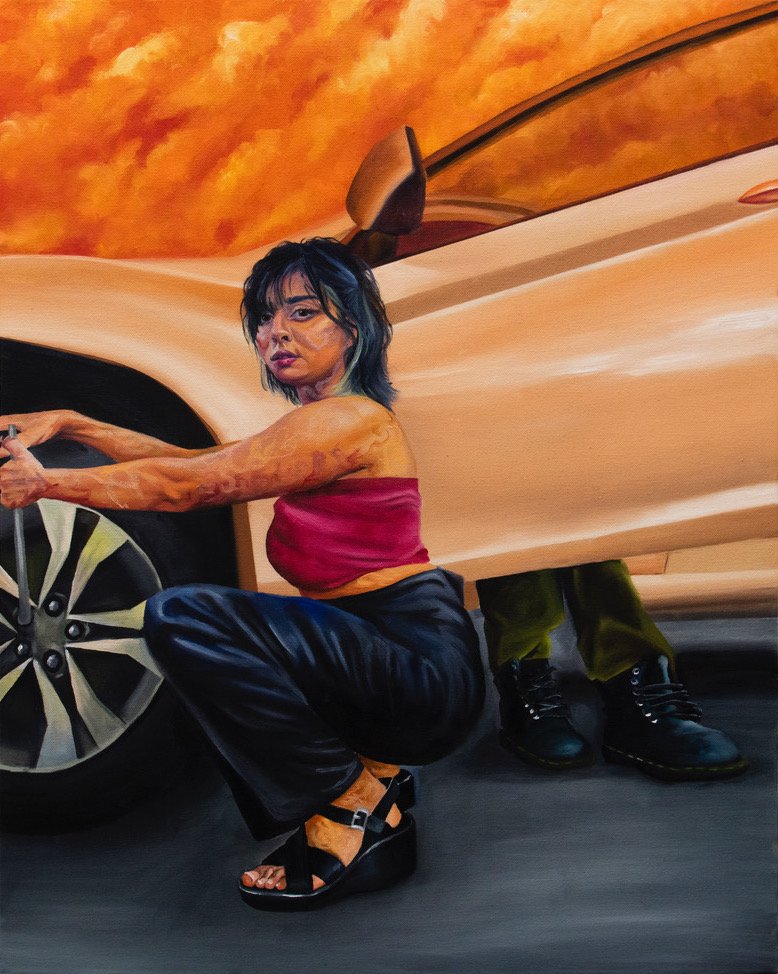 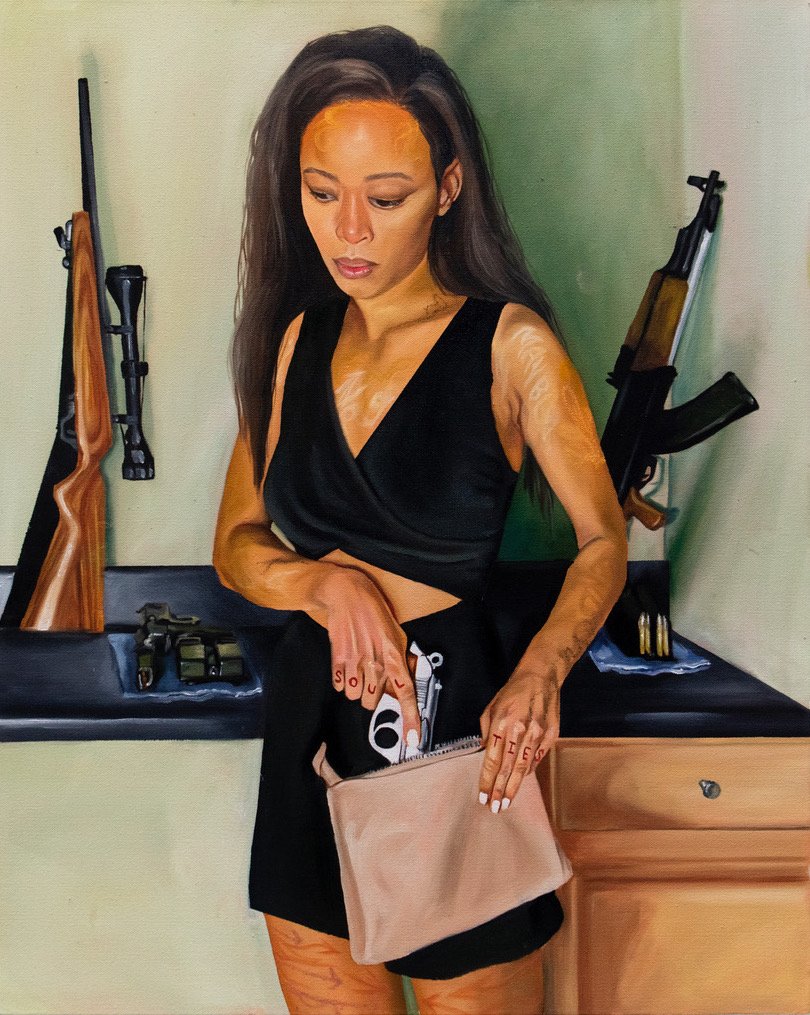 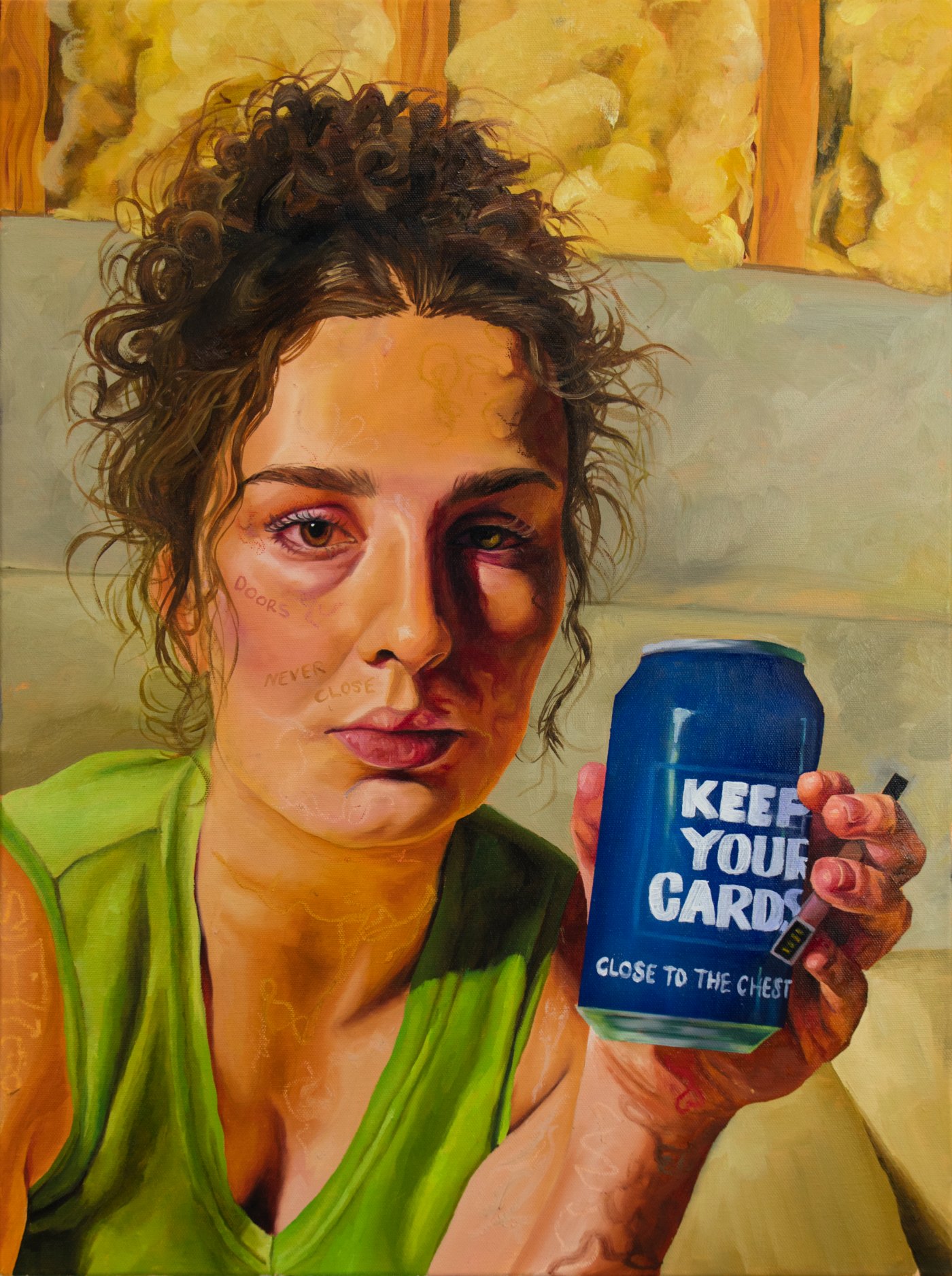 Kathryn Kampovsky
Keep Your Cards Close to the Chest, 2021 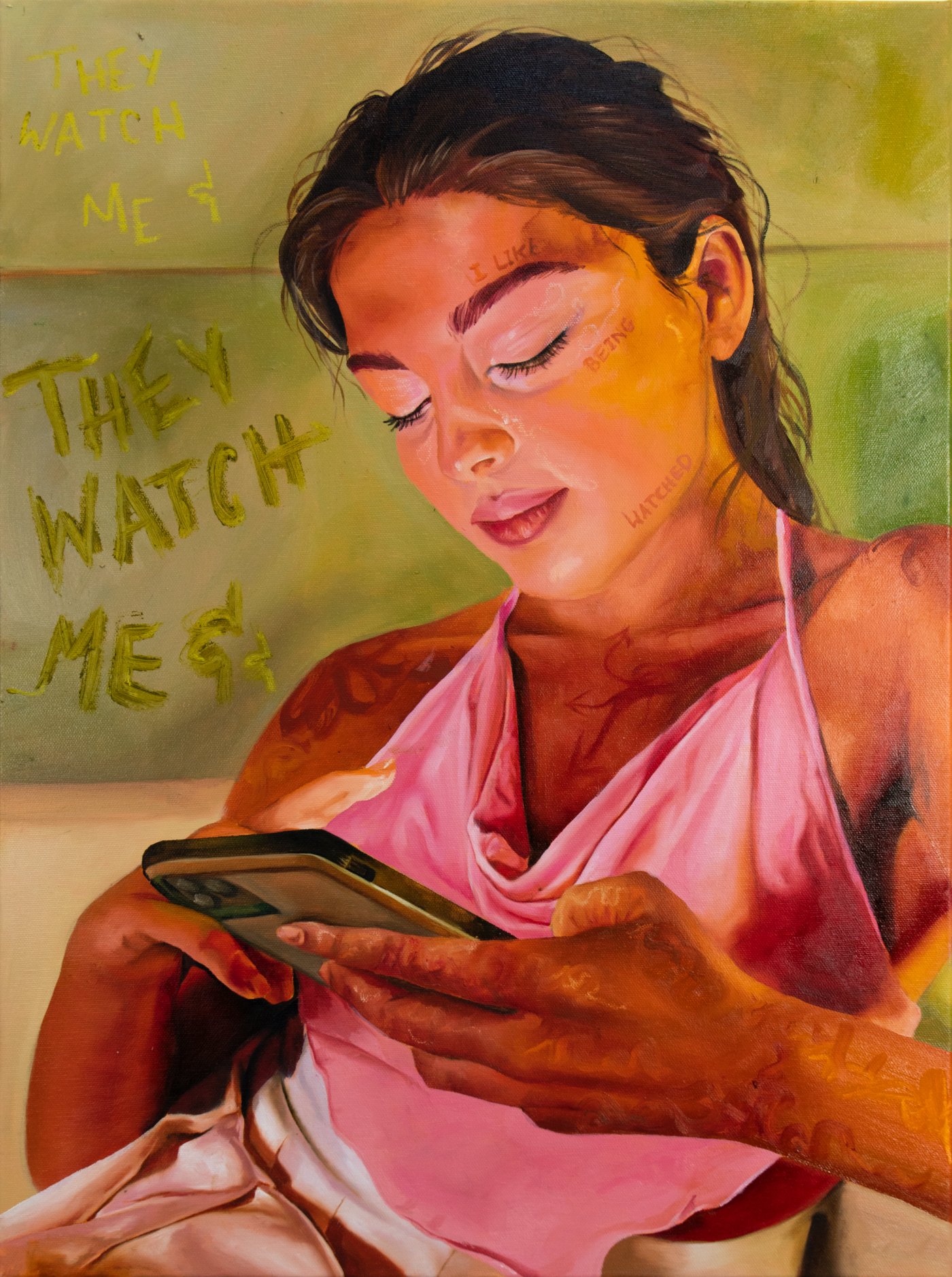 Kathryn Kampovsky
They Watch Me, 2021 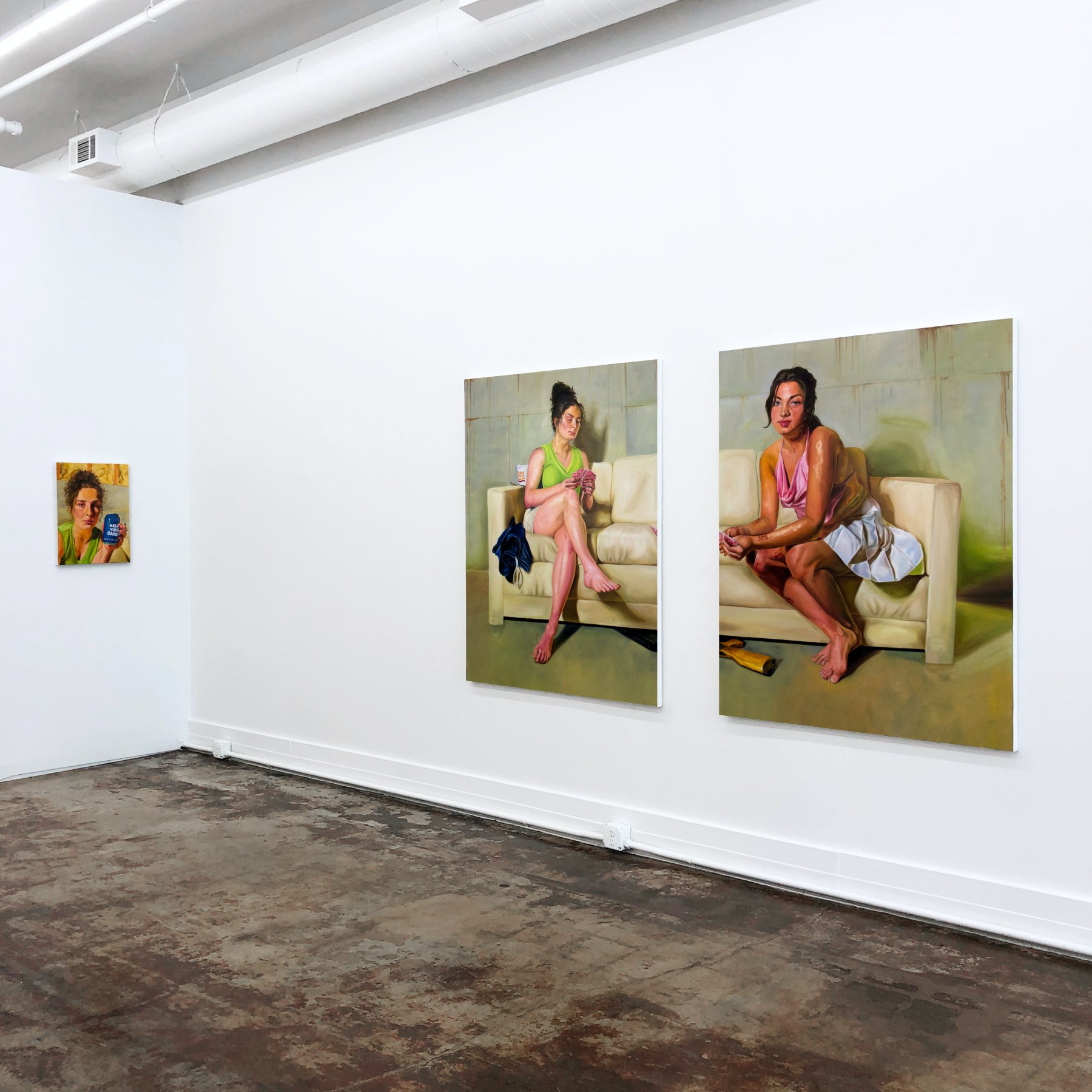 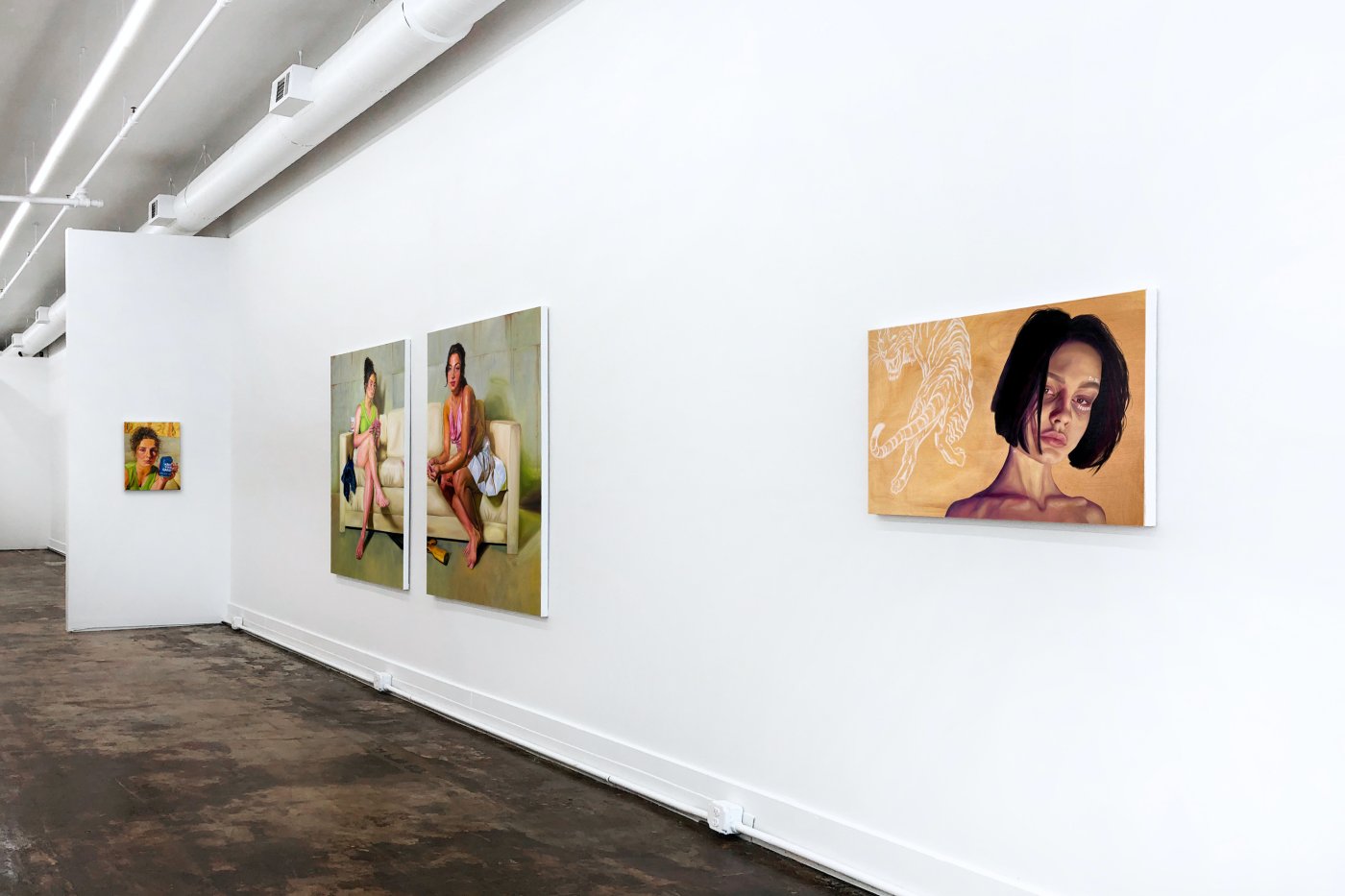 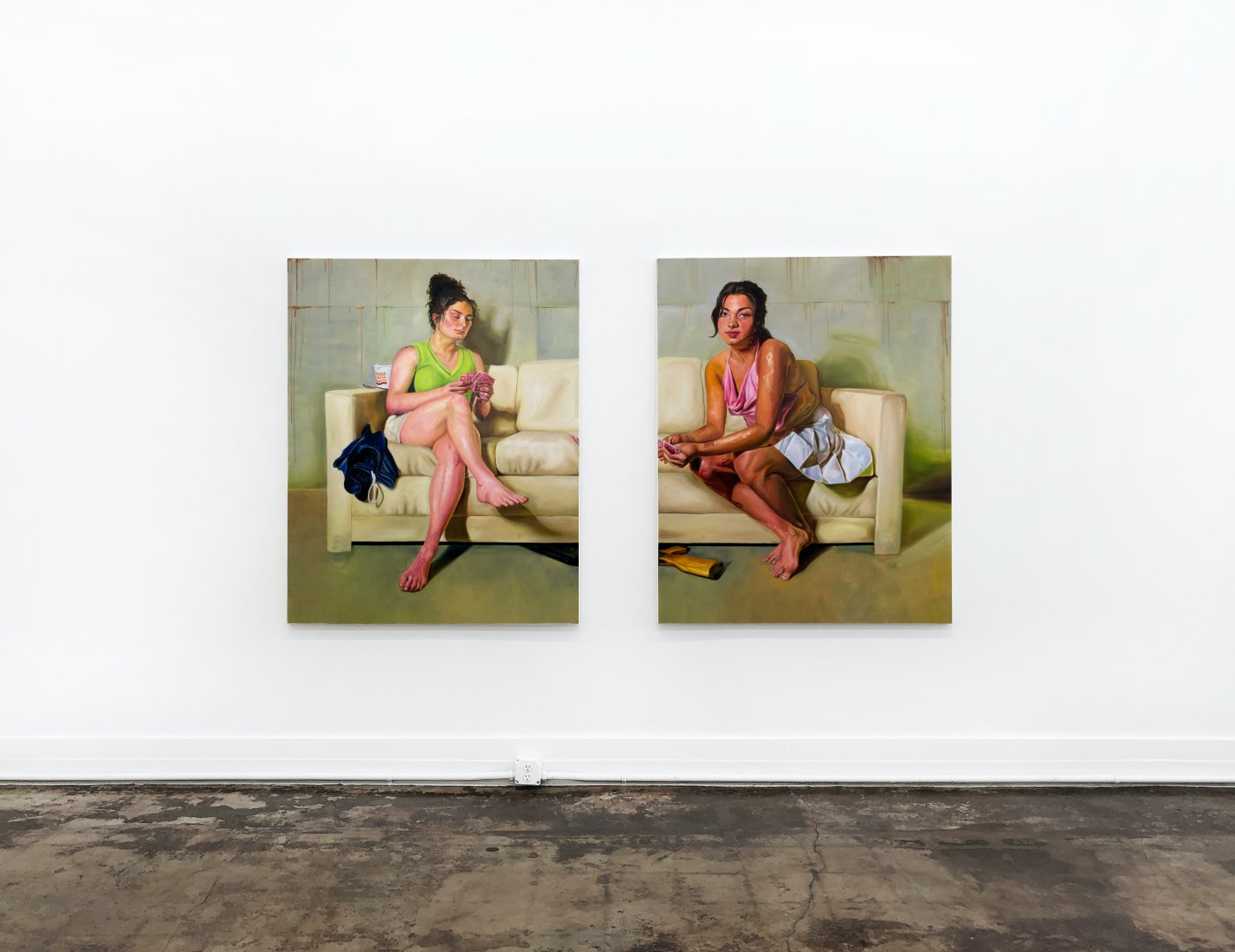 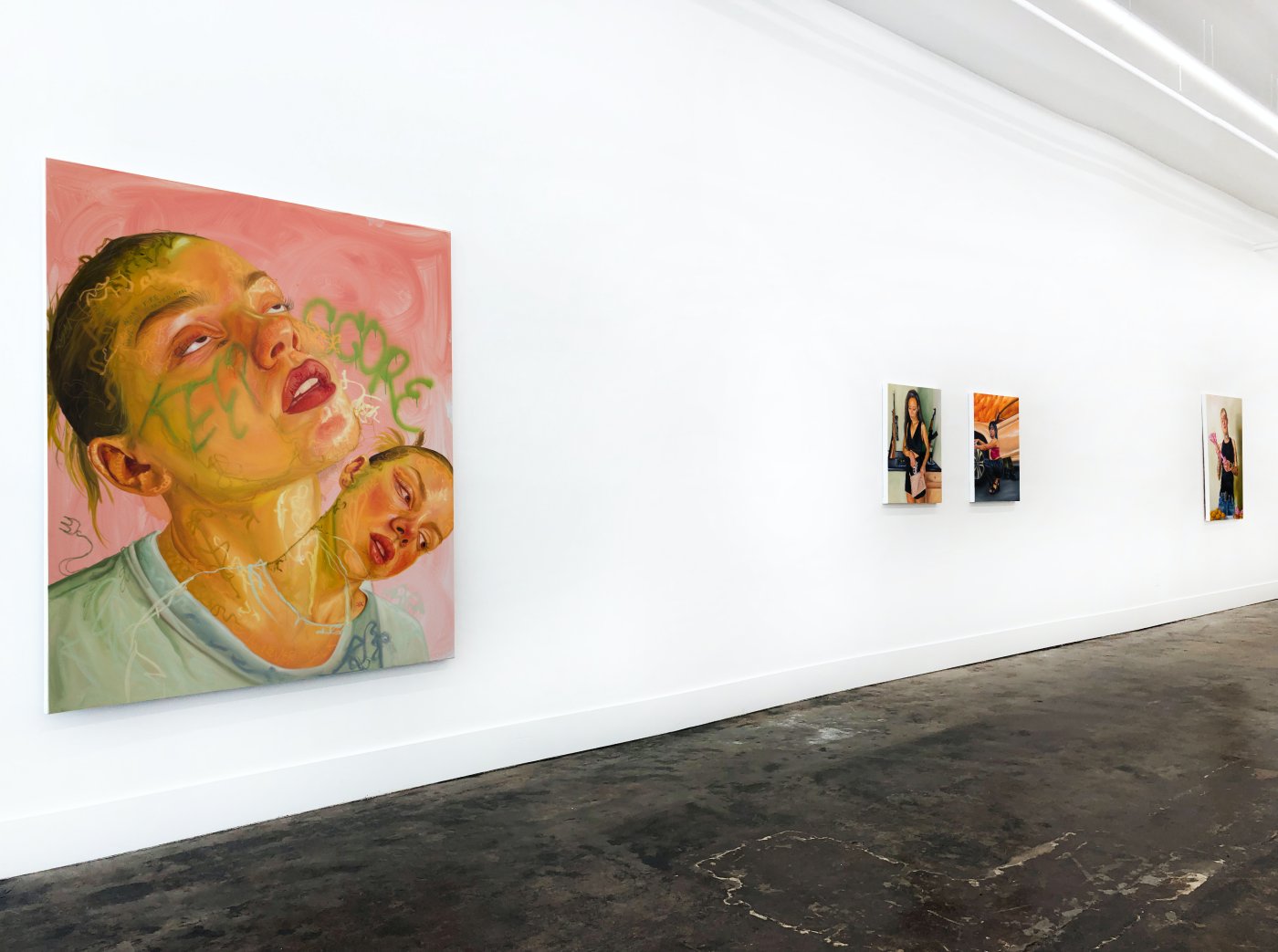 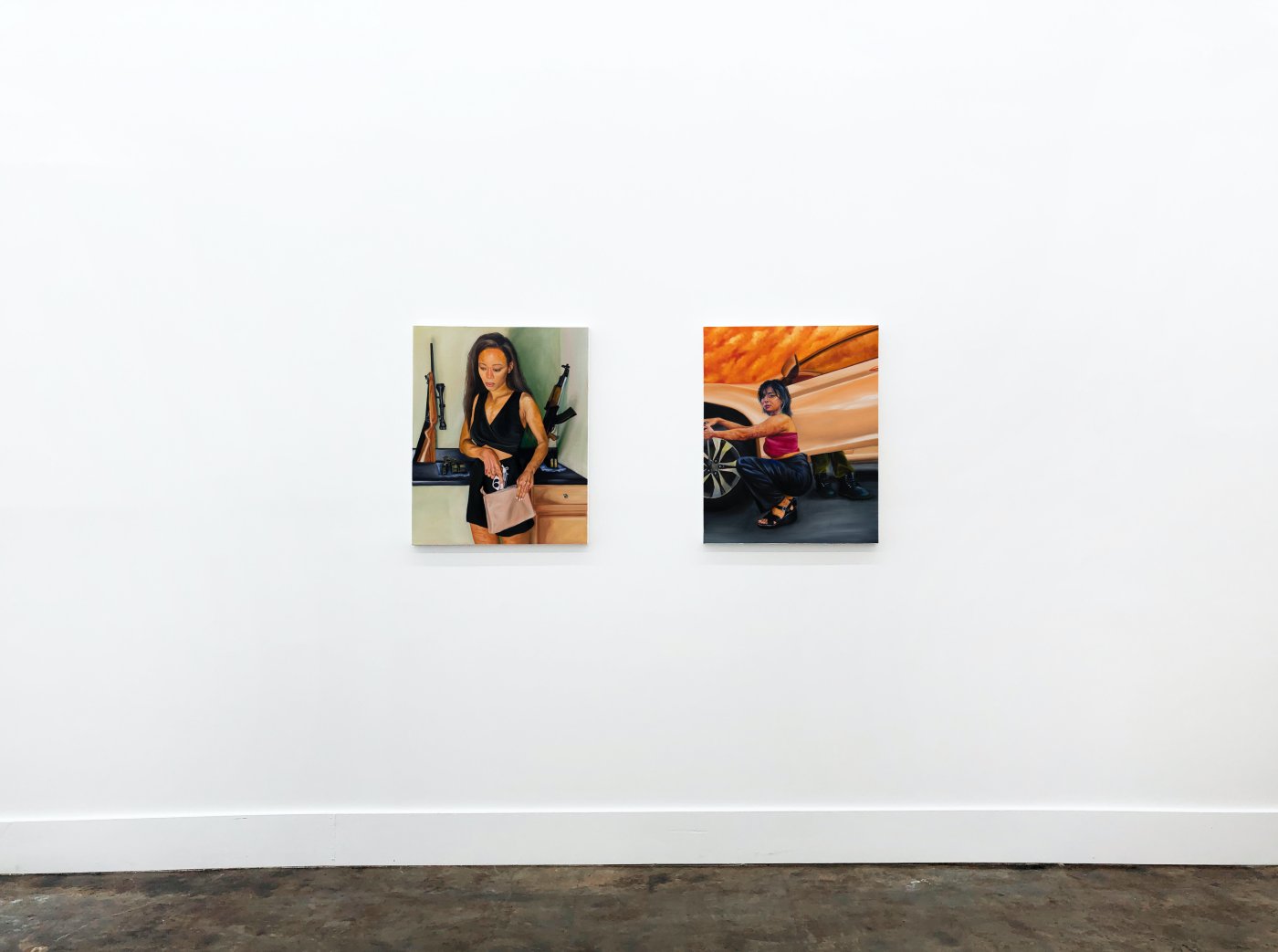 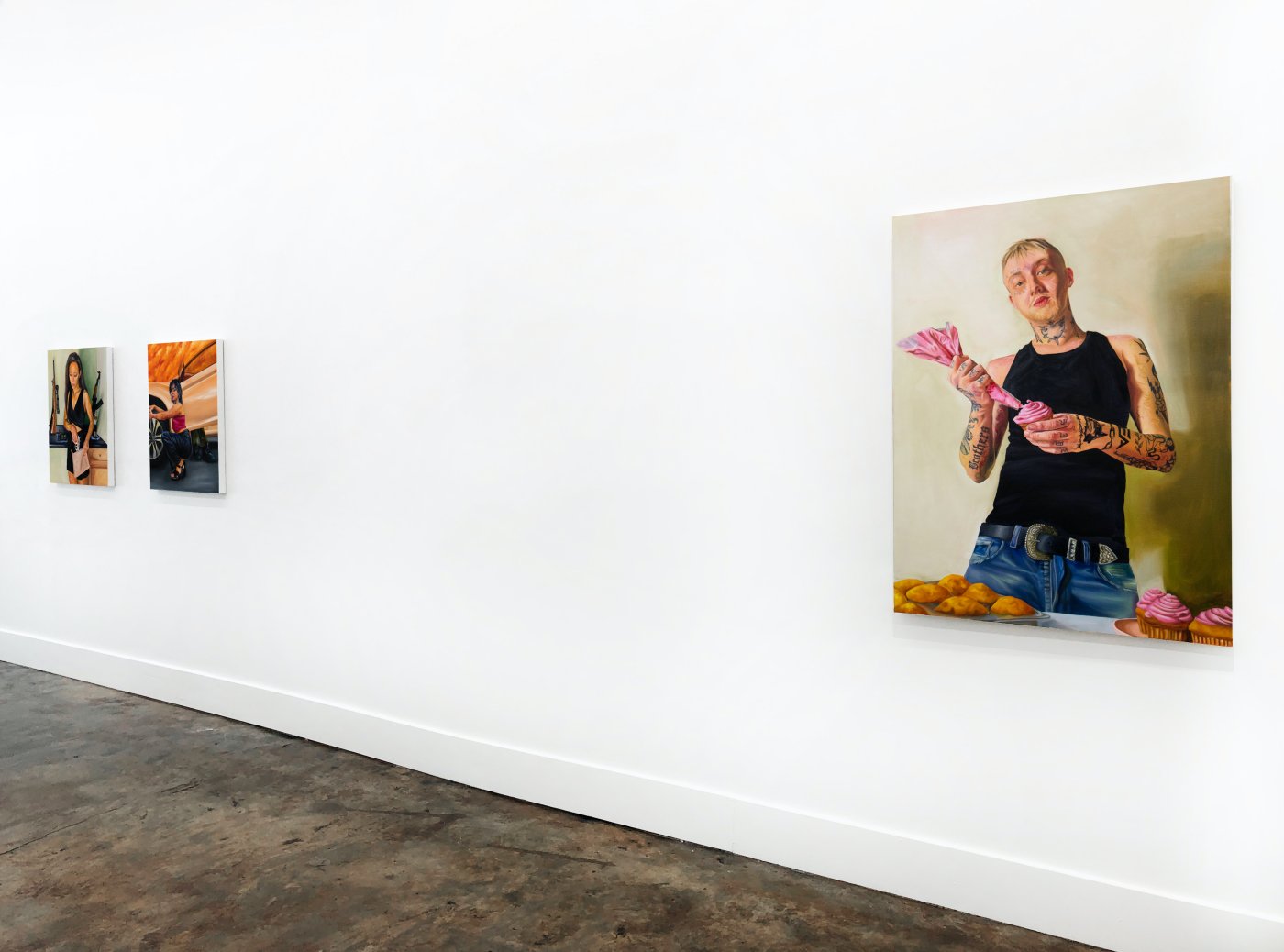 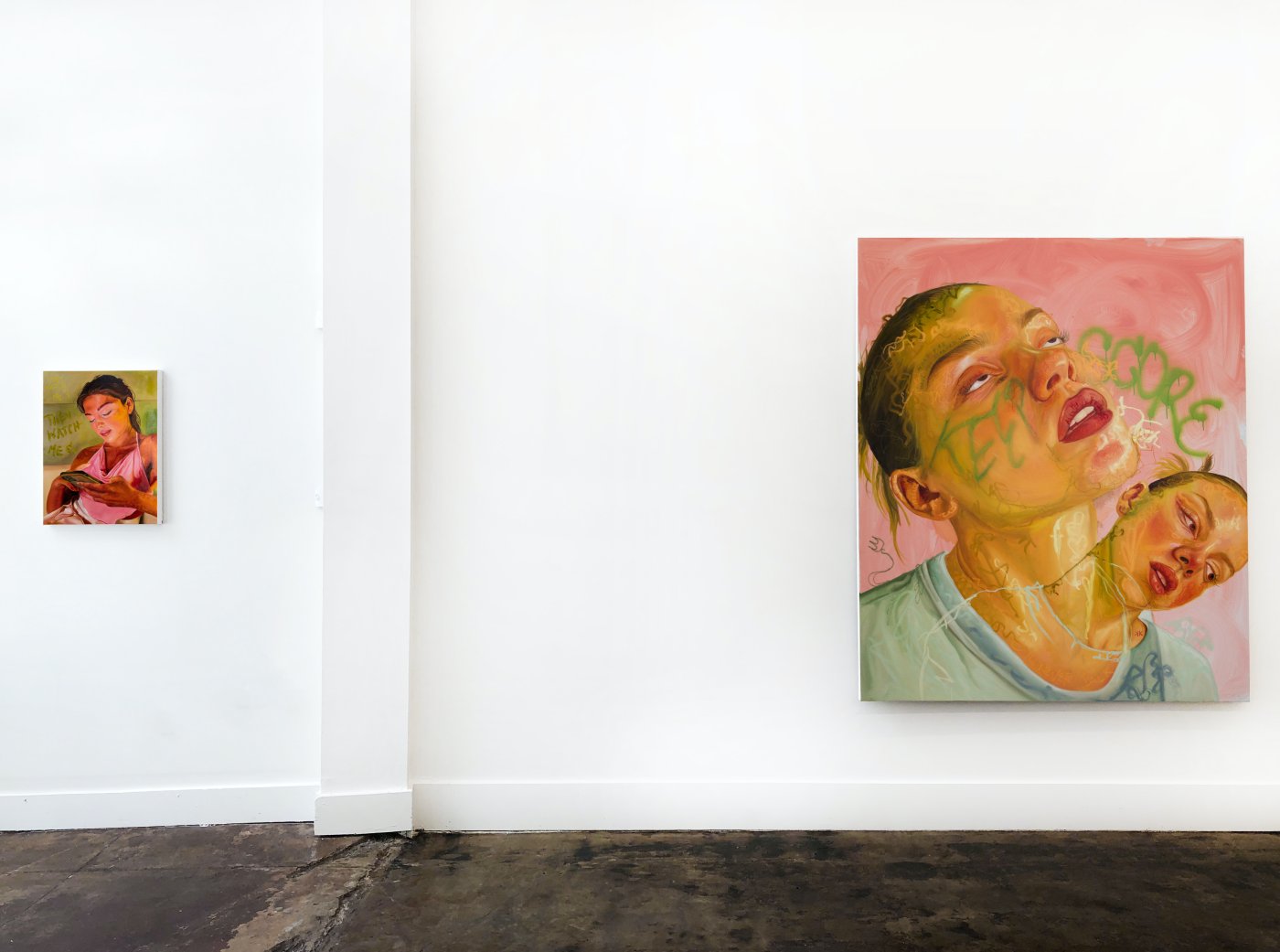 The pictures are of closely-observed portrait heads, which are painted in an accomplished representational style. Her attractive and youthful subjects appear stressed and introspective, their expressions blank or strained, romantically alienated in a way reminiscent of German Neue Sachlichkeit paintings or Austrian Secessionist portraiture, or even echoing the blankly uninterested expressions of Lucian Freud’s twentieth-century Londoners. These are tense and febrile characters, uncertain and ostensibly vulnerable. In some cases, there is a sense that the sitter’s pose is carefully curated, a way of presenting to the public. Kampovosky’s studies poke and enquire into this carapace, seeking to reveal what “they may or may not present outwardly”.

This tension is directly expressed in the aesthetic friction created by bringing together disparate techniques on the same surface. The graffiti of the overlaid information breaks our perception of a coherent picture plane and its attendant illusion of conventional pictorial space. It insists on a reappraisal of what we are looking at.

This painter makes a bold decision in choosing to work over and modify a refined and carefully-crafted surface, at the risk of spoiling what has been created. ‘Do No Harm’ is the ambiguous and possibly loaded title of an image of a young woman. In Kampovsky’s work the additions are modulations, not an attack on the integrity of the image. They do harm to the illusion, so revealing the fractured and complex character beneath. These paintings are expressions of the artist’s stated desire “to depict people as they truly are, beyond appearances”.