Simon Lee Gallery Hong Kong presents the first solo exhibition in Asia by Los Angeles-based artist Kathryn Andrews. Featuring a new series of wall-based sculptures and one floor-based work, Andrews probes the visual contradictions of Pop Art and Minimalism, marrying the historical languages of the two movements into playful combinations that are both optically and conceptually rich. 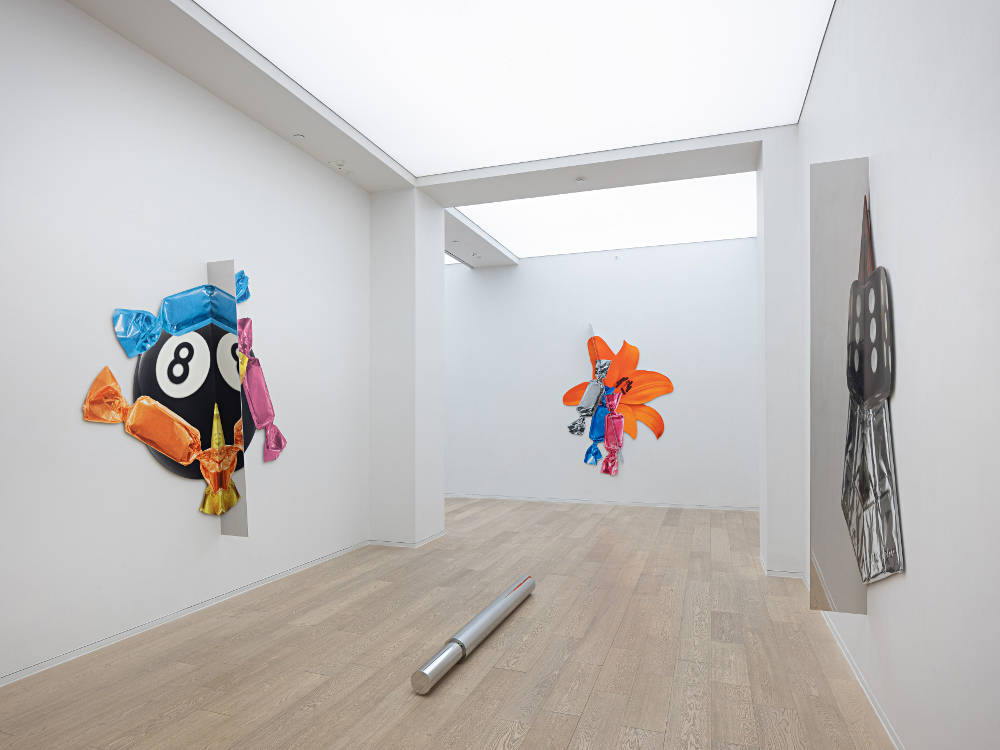 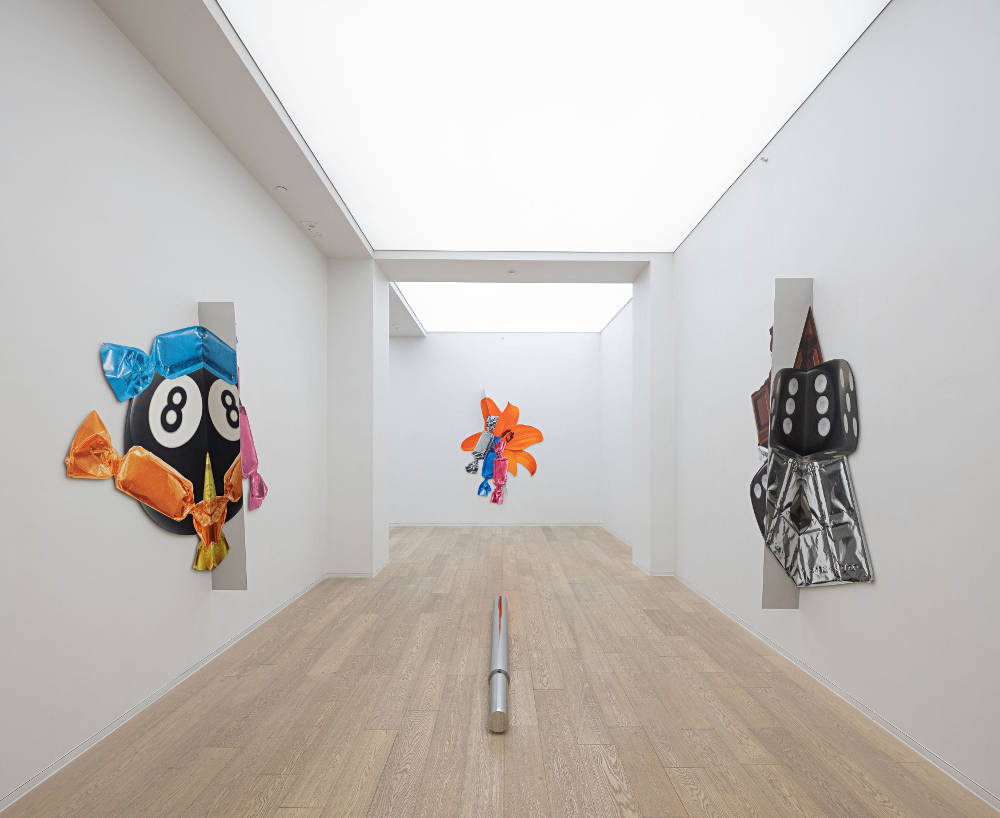 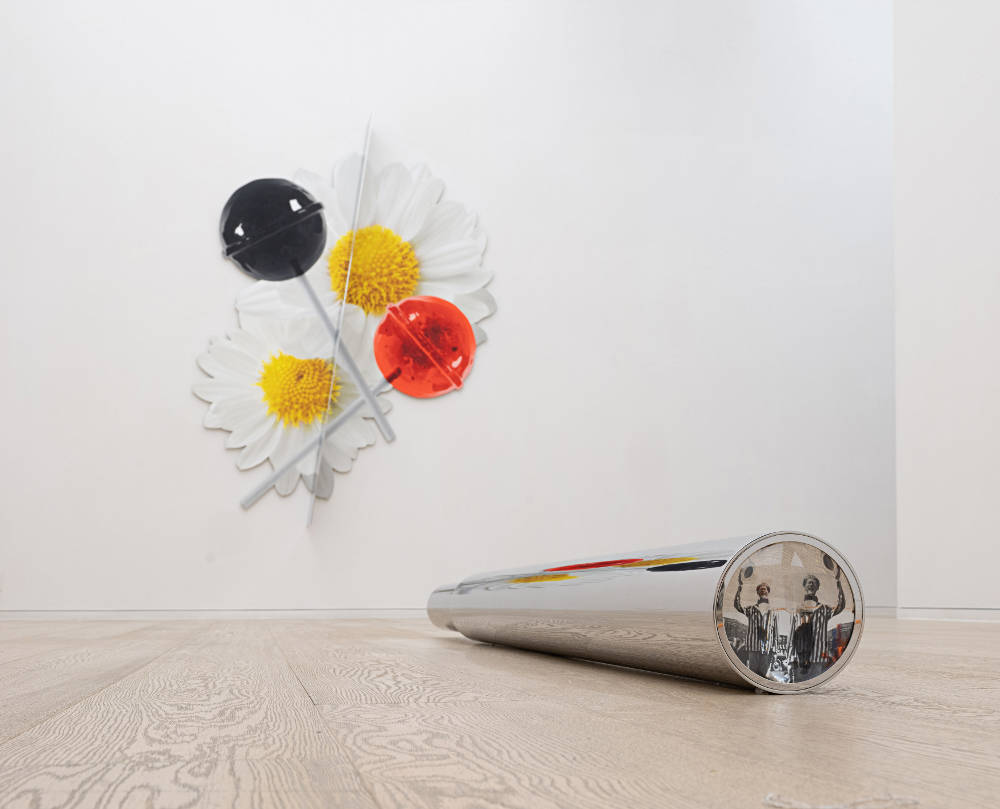 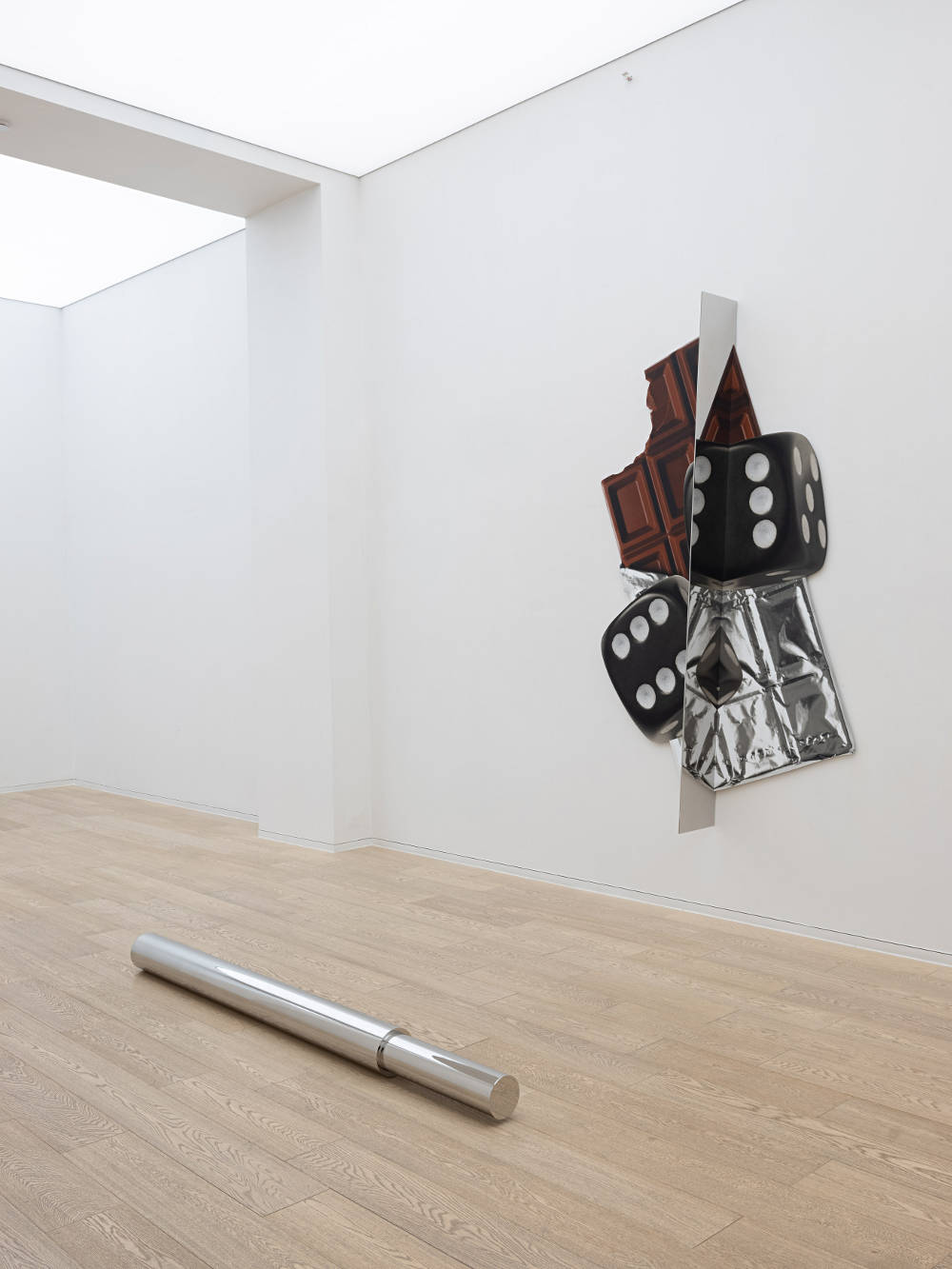 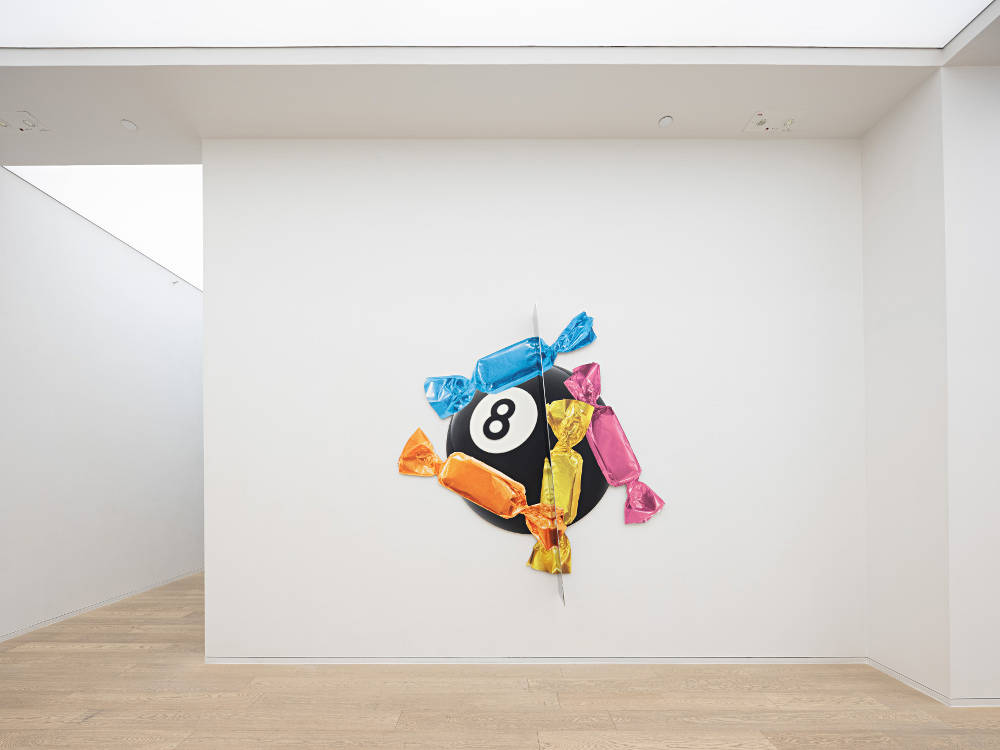 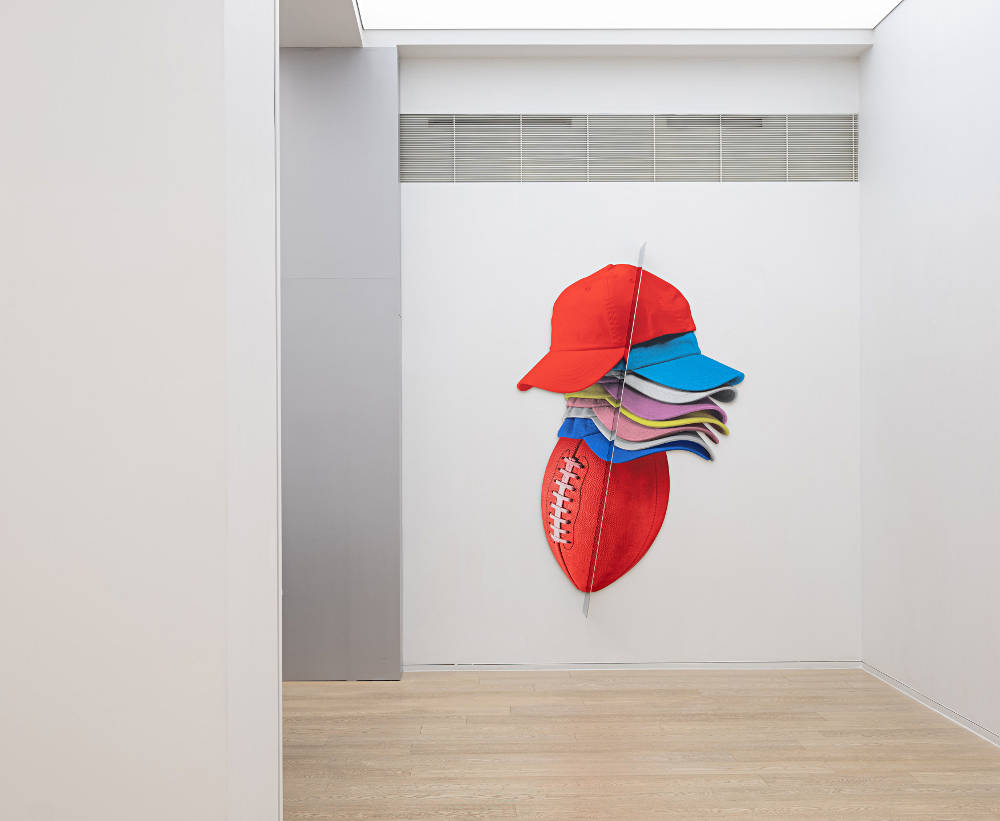 Andrews is an aesthetic flâneur of sorts, employing references to different cultural histories while using a wide variety of material processes in her work. She frequently samples and remixes historical aesthetics in order to question received values of seeing. On view, commonplace objects drawn from popular and commercial culture, such as the Magic 8-Ball, a Hershey’s chocolate bar, lollipops, candies and flowers, appear as larger-than-life imagery in highly polished and meticulously-produced pieces that upend assumptions about commodity value. The spectre of Pop Art channelled vis-à-vis these banal and kitsch objects, is interrupted by equally dominant abstract mirror forms that strongly reference Minimalism and California’s Finish Fetish movement of the 1960s. Viewers are prompted to respond to the works’ representation and attendant illusionism alongside their seductive materiality and ‘thingness’.

The wall-based sculptures are created from shaped sheets of aluminium and stainless steel. On the primary aluminium sheet, installed flush against the wall, imagery is printed by hand through giant silkscreens, each colour pulled separately with custom inks. Silkscreen printing, specifically the kind that uses photographic processes, is used by the artist in response to her interest in sublimating the presence of the hand or gesture, most typically associated with authorial identity in the 20th Century. By limiting the artwork’s manufacture to industrial processes, Andrews invites us to consider where the artist’s influence resides, while opening up the possibility that a work might be seen before it is recognized.

Also central to the work is the bifurcation of the image layer by a second piece of highly polished stainless steel that is affixed perpendicularly to the first. As such, the artworks are encountered in both two and three dimensions. Adding to this experience, the viewer’s reflection pops up in the mirrored surface, alongside other reflected imagery. This insistence on the viewer’s presence is an ongoing theme within Andrews’ work, which directly tackles the phenomenological aspects inherent to sculpture, inviting an awareness of the ways in which we perceive our surroundings and prioritize certain ways of seeing.

This is particularly prevalent in a new floor-based sculpture, Circus Scope (Man with Enlarged Double) (2018), made from polished stainless steel with a convex glass lens, which suggests a telescope or kaleidoscope. The viewer experiences it at first as an abstract form and then, discerns its lens, which reveals a surprising internal image that has been mirrored and enlarged. Absurd in its inertness, the sculpture doubles as a purely representational object, as well as an extruded framing device for the picture within. Its contained image further comments upon this absurdity while speaking to that of the other works in the exhibition.