The philosopher Leibniz had a theory of the so-called “separatrix,” the “between” two things that are contradictions. There’s always a line. On one side this is blue, and [on the other] this is red. In reality, red has embassies in the blue, and blue has embassies in the red. And Leibniz says fifty percent of this line, this structure “between,” is order, and fifty percent is anarchy.
—Alexander Kluge

Gagosian presents Separatrix, an exhibition of new paintings and works on paper by Katharina Grosse. This is her first solo exhibition in Rome. Separatrix coincides with Grosse’s major installation It Wasn’t Us, currently on view at Hamburger Bahnhof–Museum für Gegenwart, Berlin. 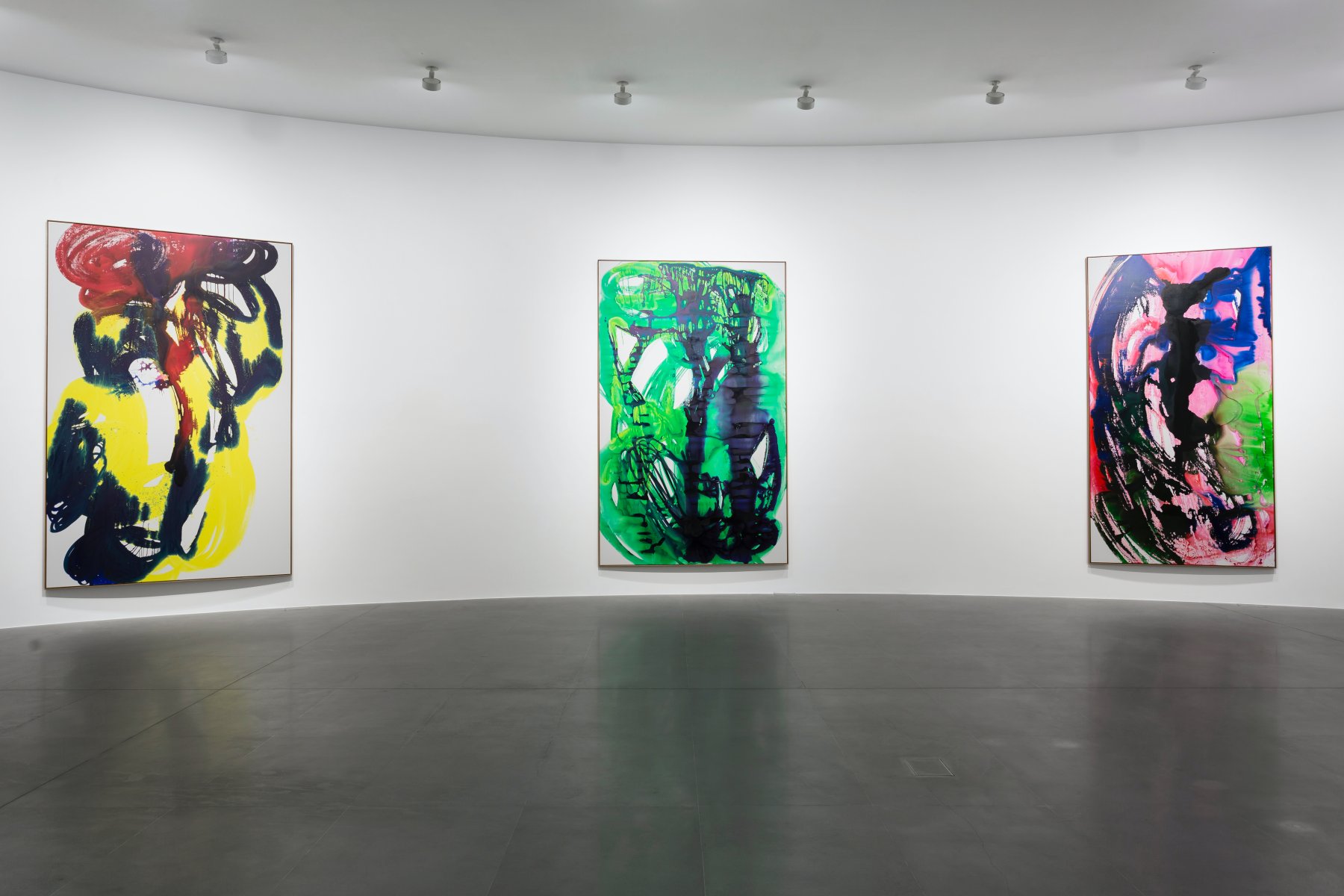 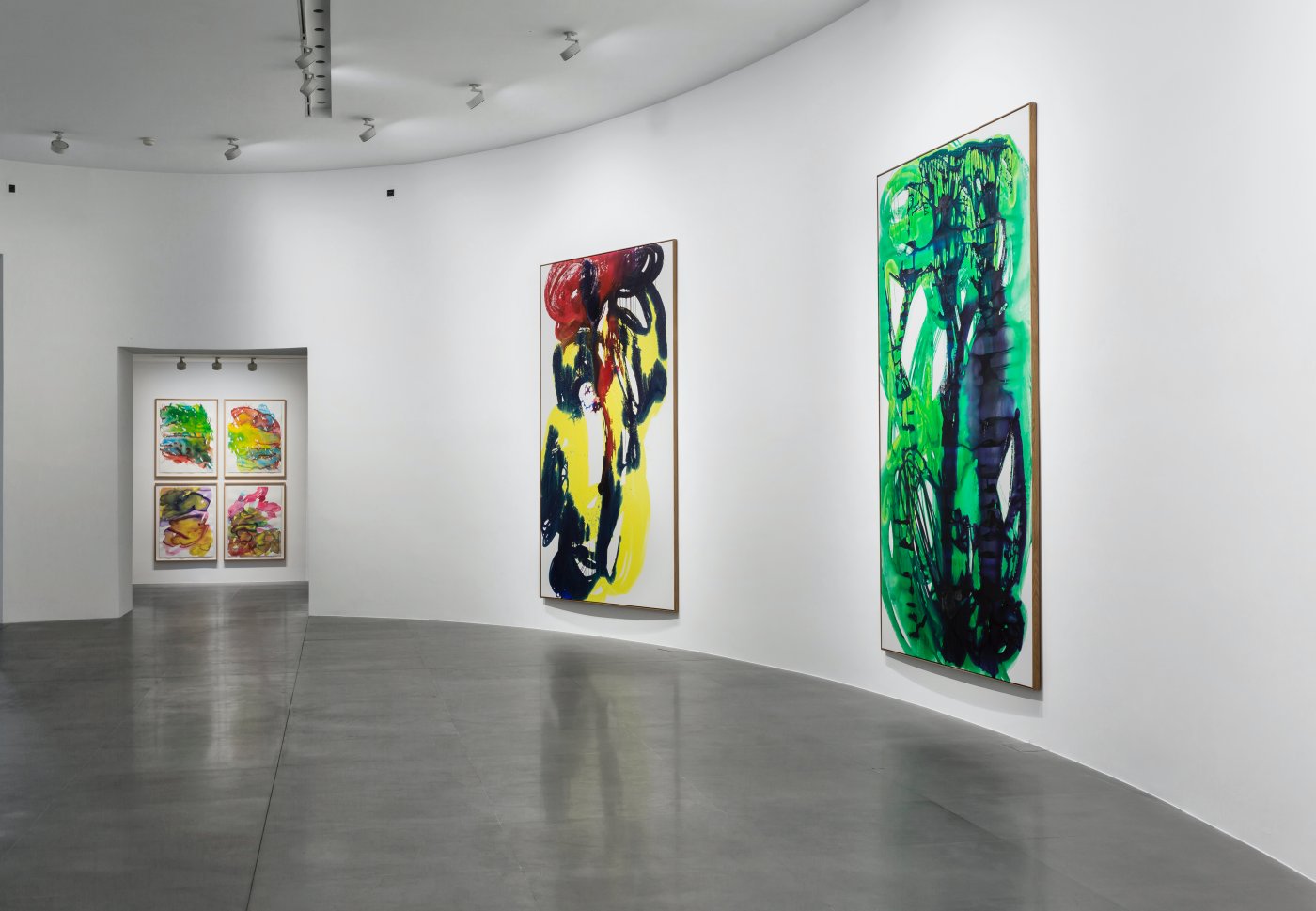 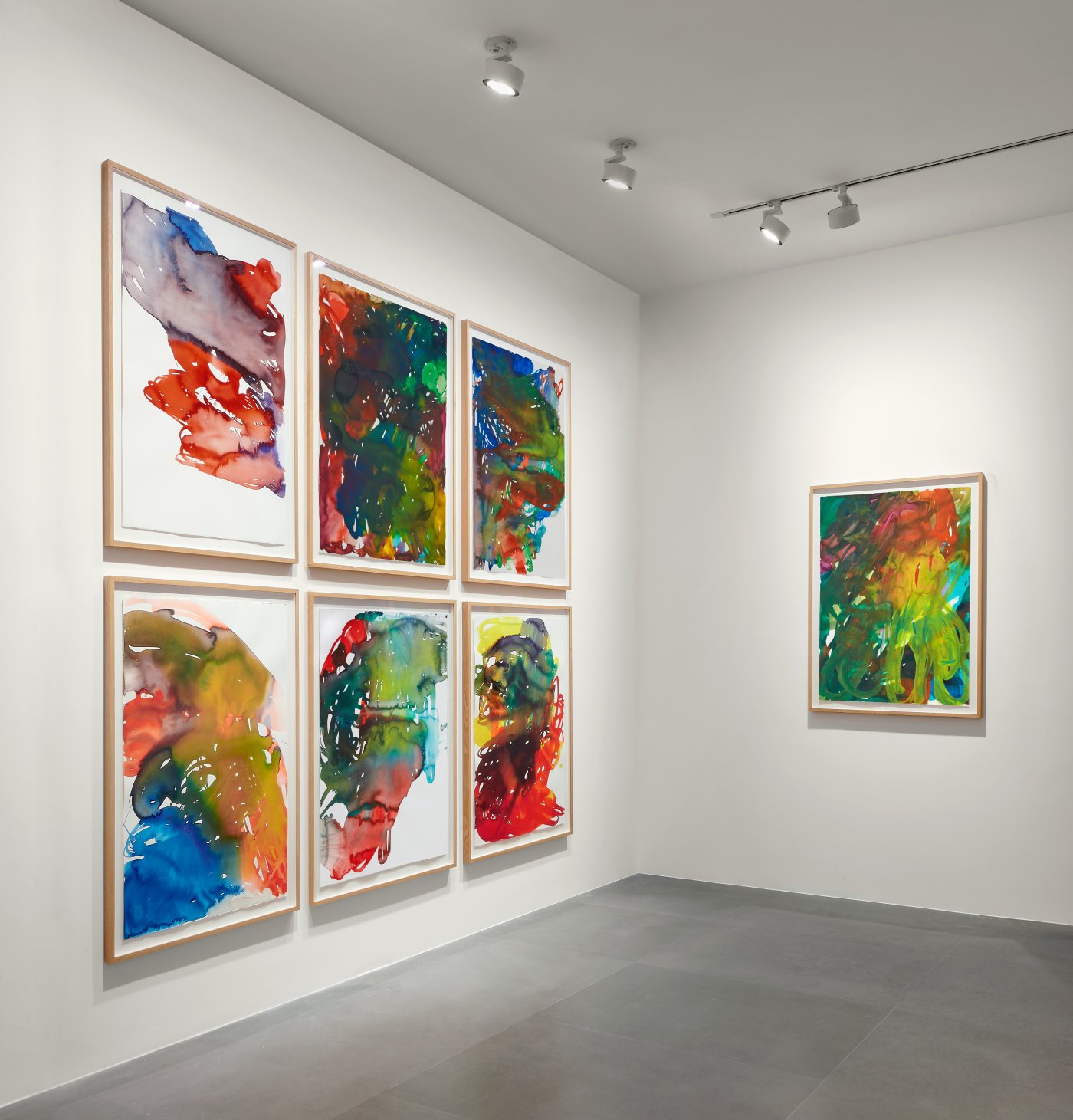 Grosse embraces the events that occur as she paints, opening up surfaces and spaces to chance. In massive in situ paintings—where she uses a spray gun to propel unmixed color over objects, rooms, buildings, and even entire landscapes—and autonomous works on canvas, paper, and sculptural supports, she stylizes gesture as a spontaneous mark of personal agency.

In July 2020, Grosse started working in a new purpose-built studio in a remote coastal area in northern New Zealand, where she spends several months each year. There, secluded in nature, she began a new body of work, imbuing the medium of watercolor with the directness and immediacy of her spray paintings.

Envisaging the blank sheet of paper as a topographical record, Grosse experimented with a wet-on-wet technique using vibrant pigments, allowing them to swim and intermingle across the surface, leaving behind iridescent pools and blooms. After returning to her Berlin studio, she transferred what she terms the “consequences” of these watercolors to a series of large-scale paintings, setting the canvas horizontally, adding dilute acrylics using a brush, and then tilting the support to produce multidirectional drips and currents of color as a secondary gesture.

Taking a cue from Leibniz’s theory of the “separatrix,” Grosse revels in the alternating moments of order and chaos that arise from visual thresholds—moments of collision and diffusion in medium, material, and hue. Her approach is scientific as well as painterly: she analyzes the material properties of paint, water, and canvas in advance, using their alchemical interactions to effect specific visual occurrences. Fields of color osmose into one another and collide like cultures growing in a petri dish; a sweeping brushstroke transforms into a matrix of neurons. In Grosse’s hands, the microscopic details of her process are magnified, resulting in towering formal compositions that attest to moments of flux and sudden clarity in her working process.