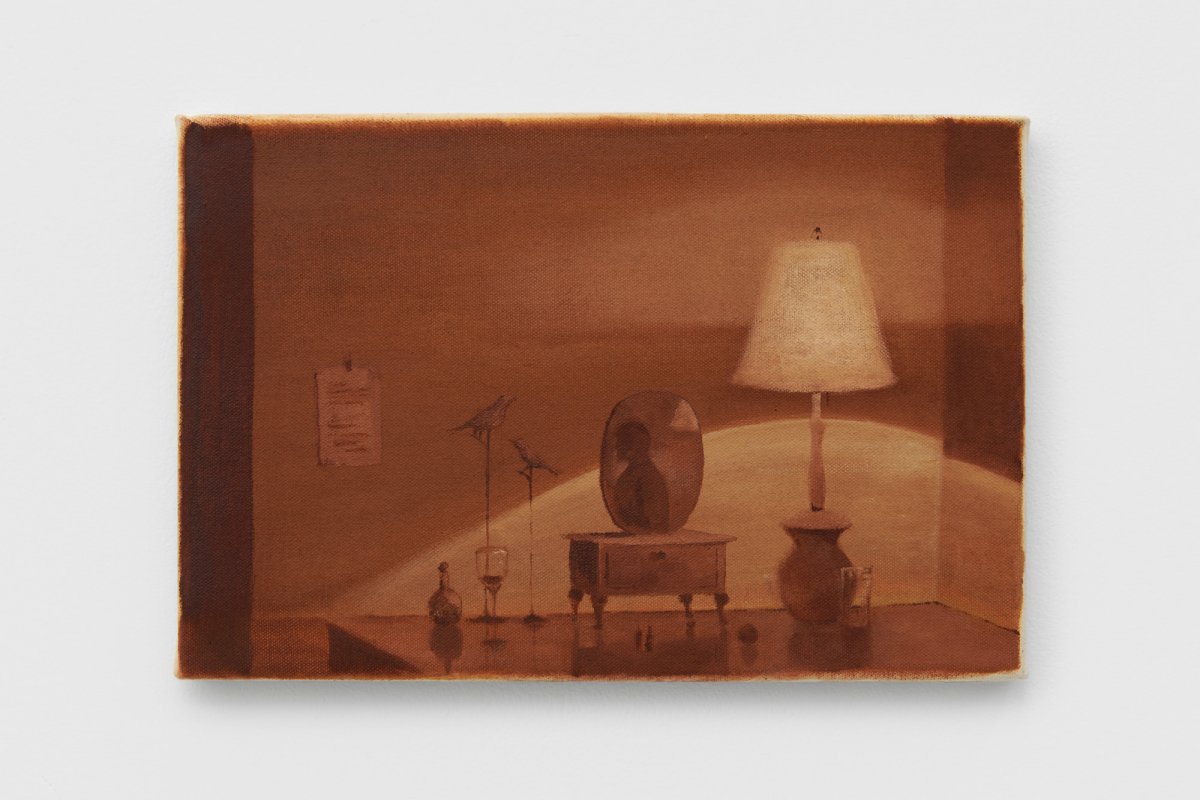 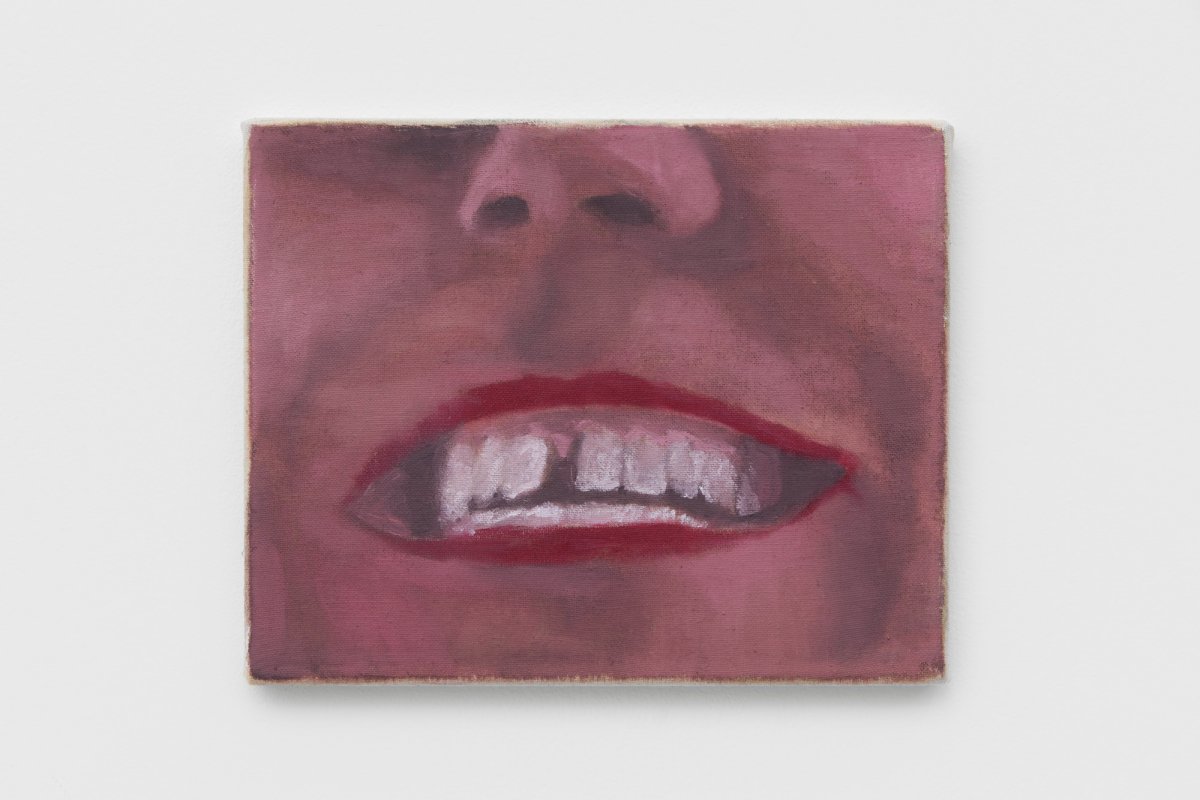 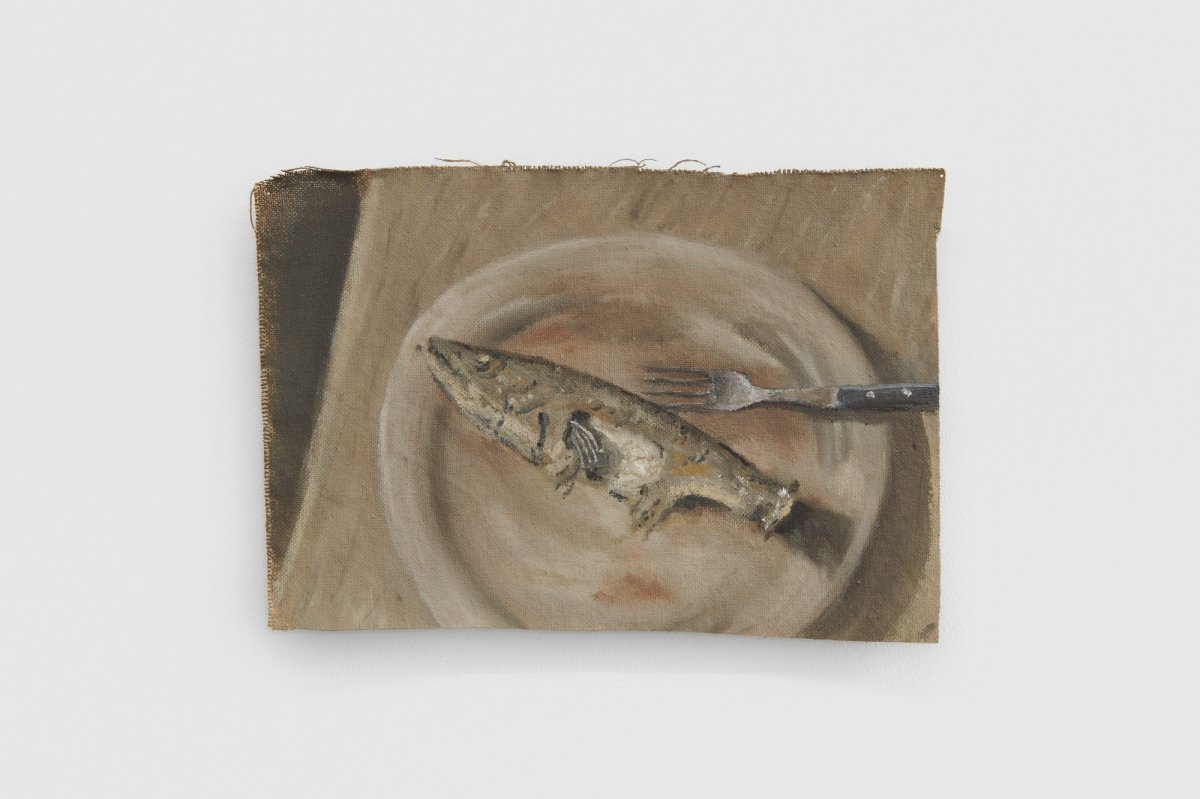 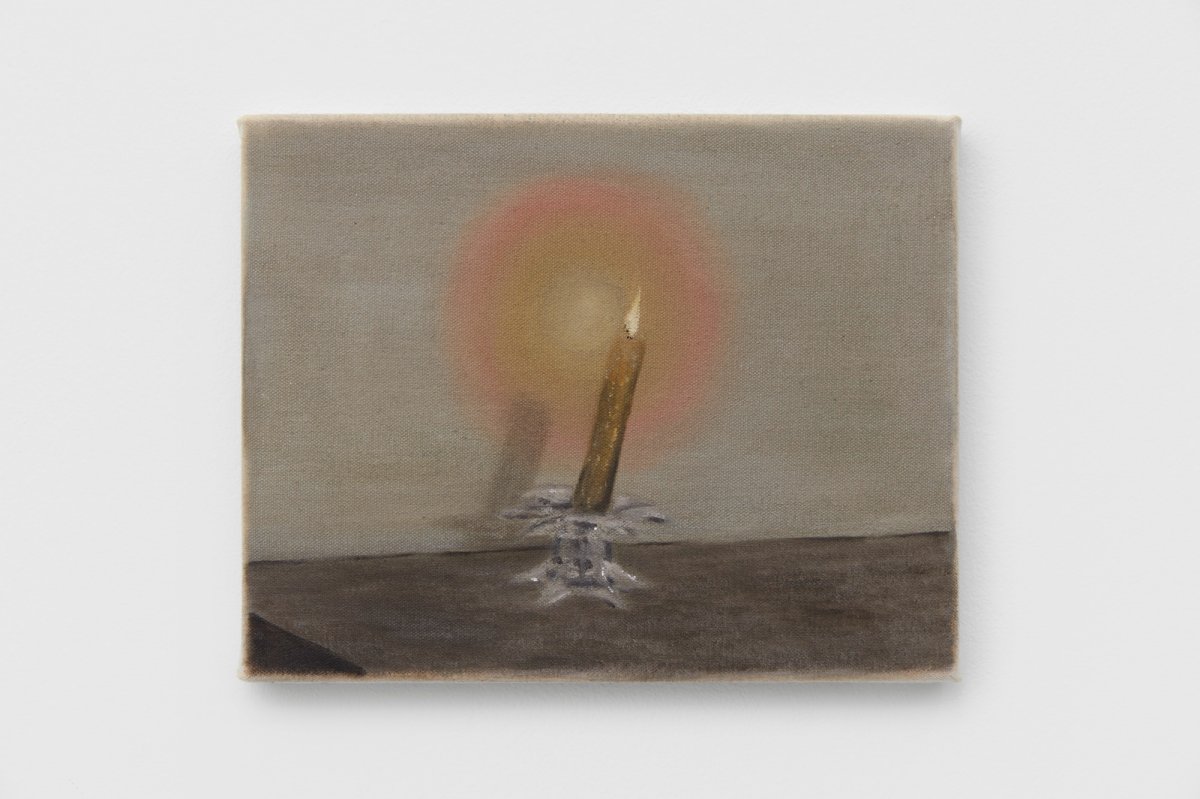 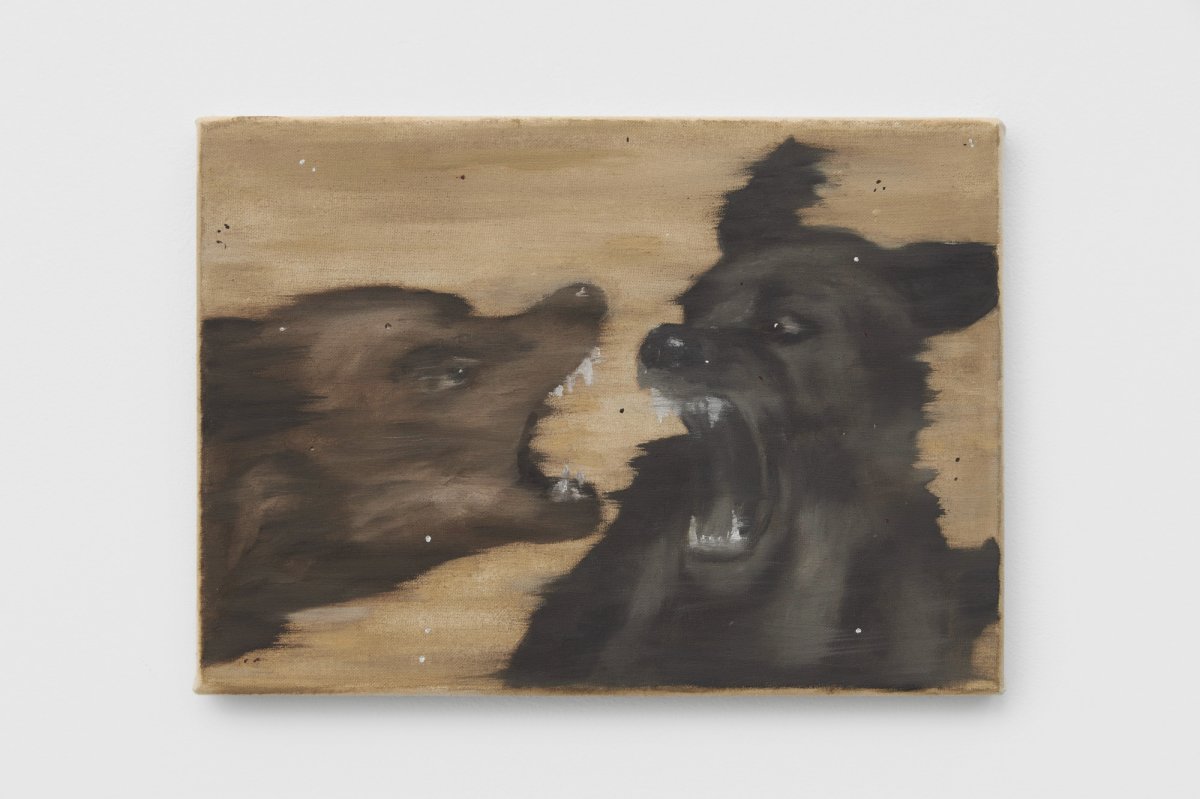 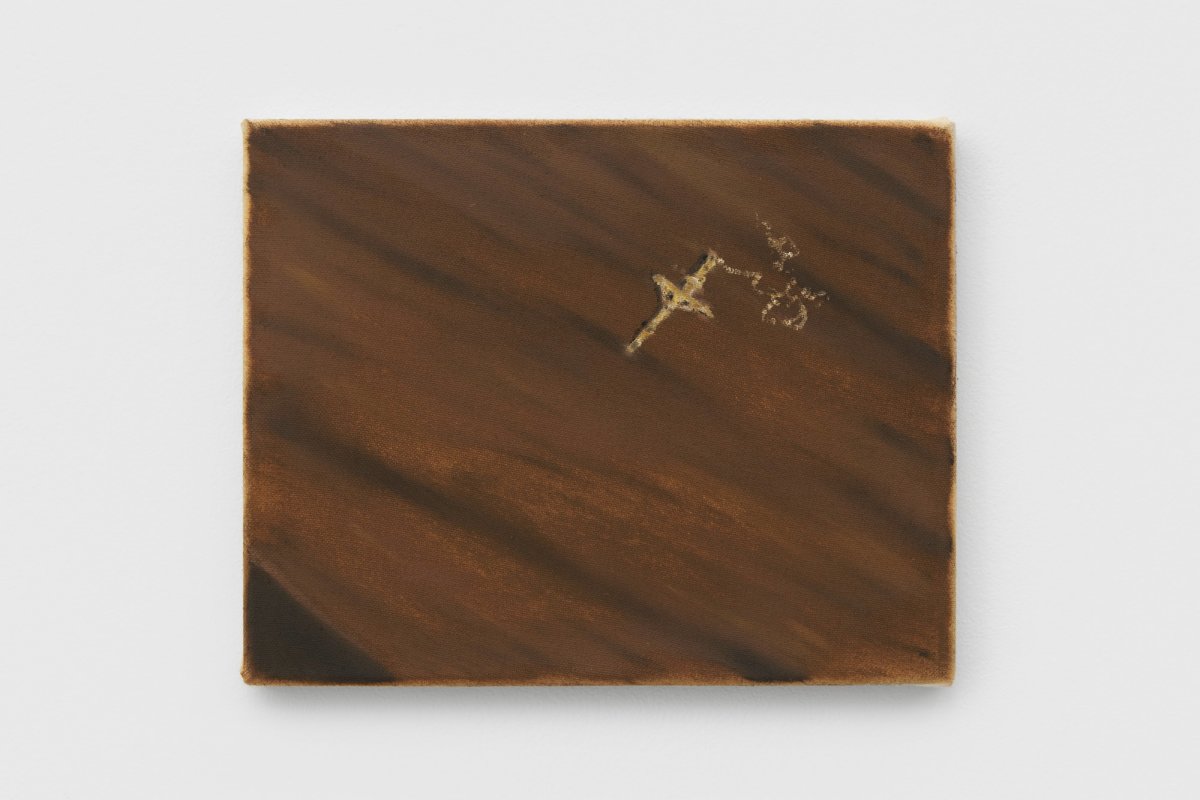 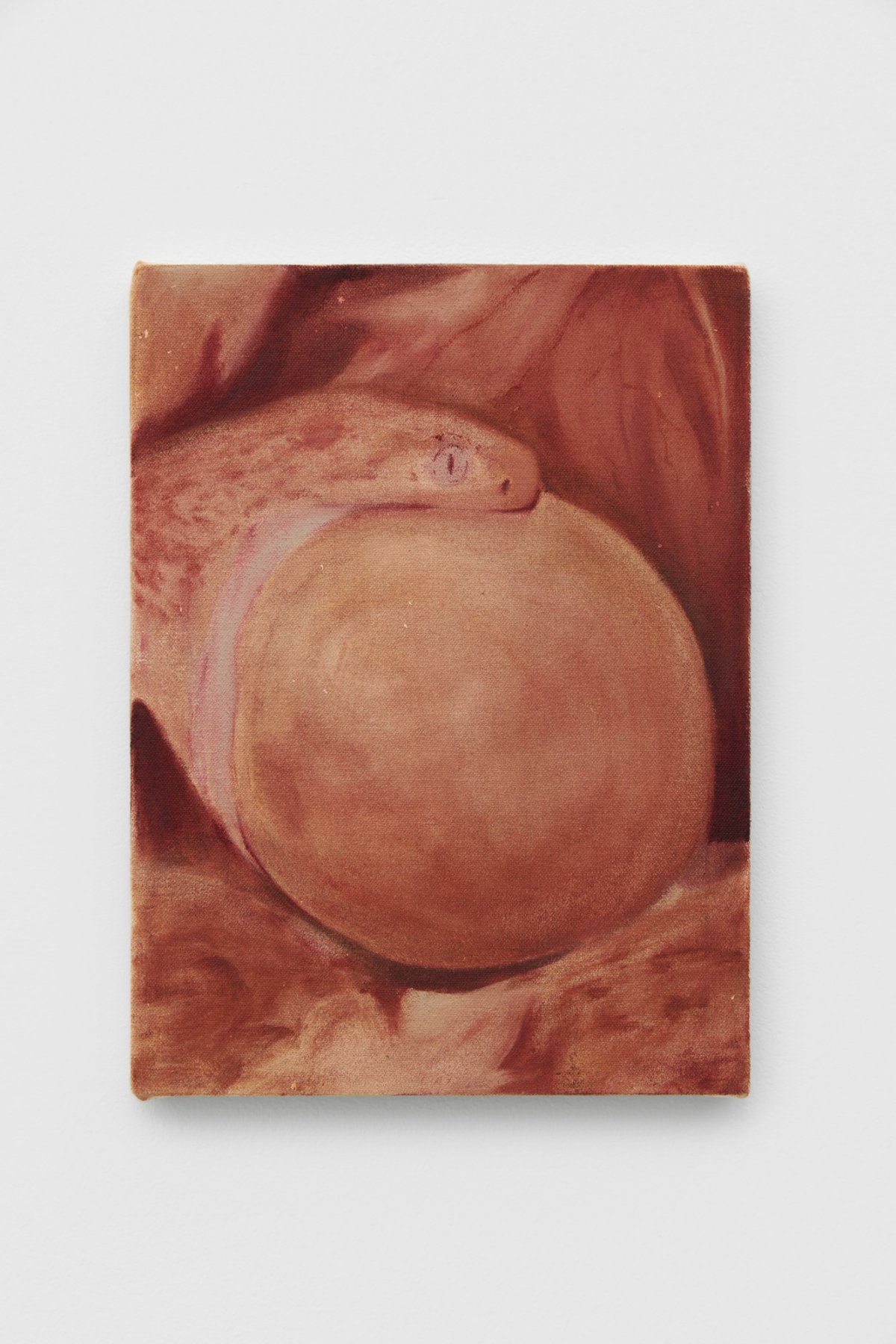 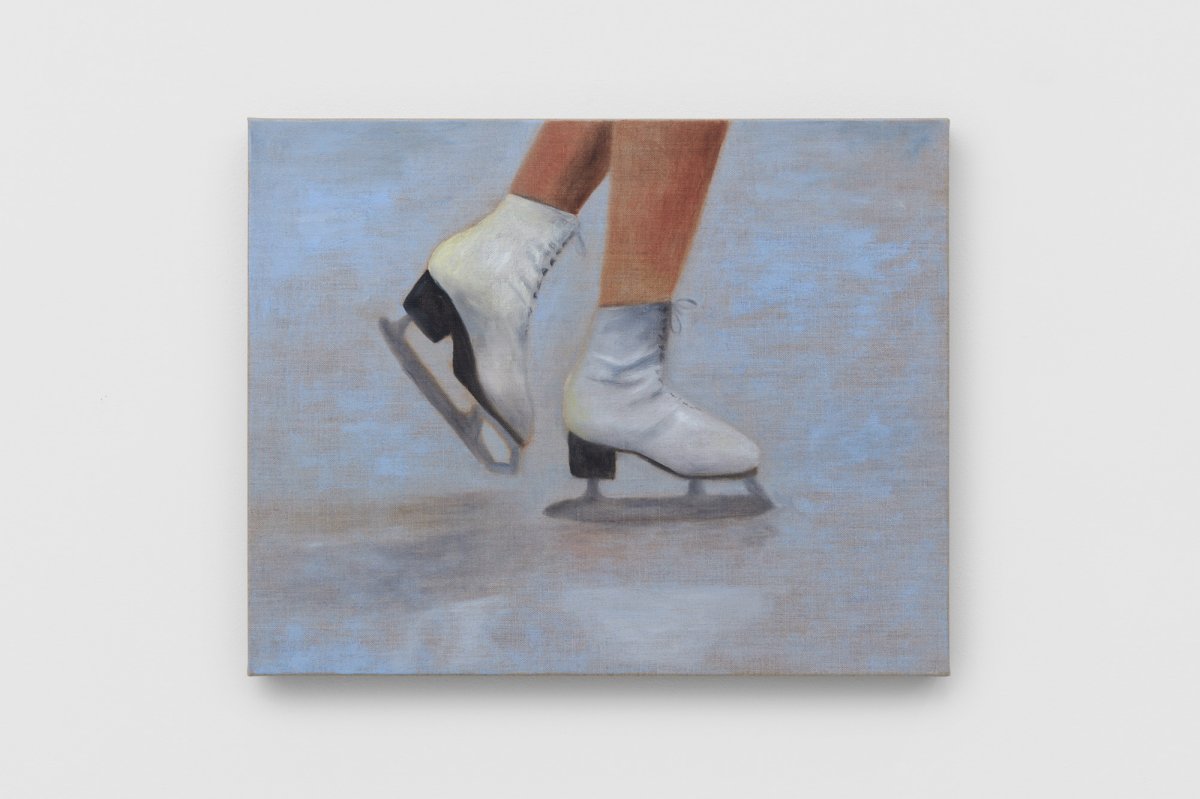 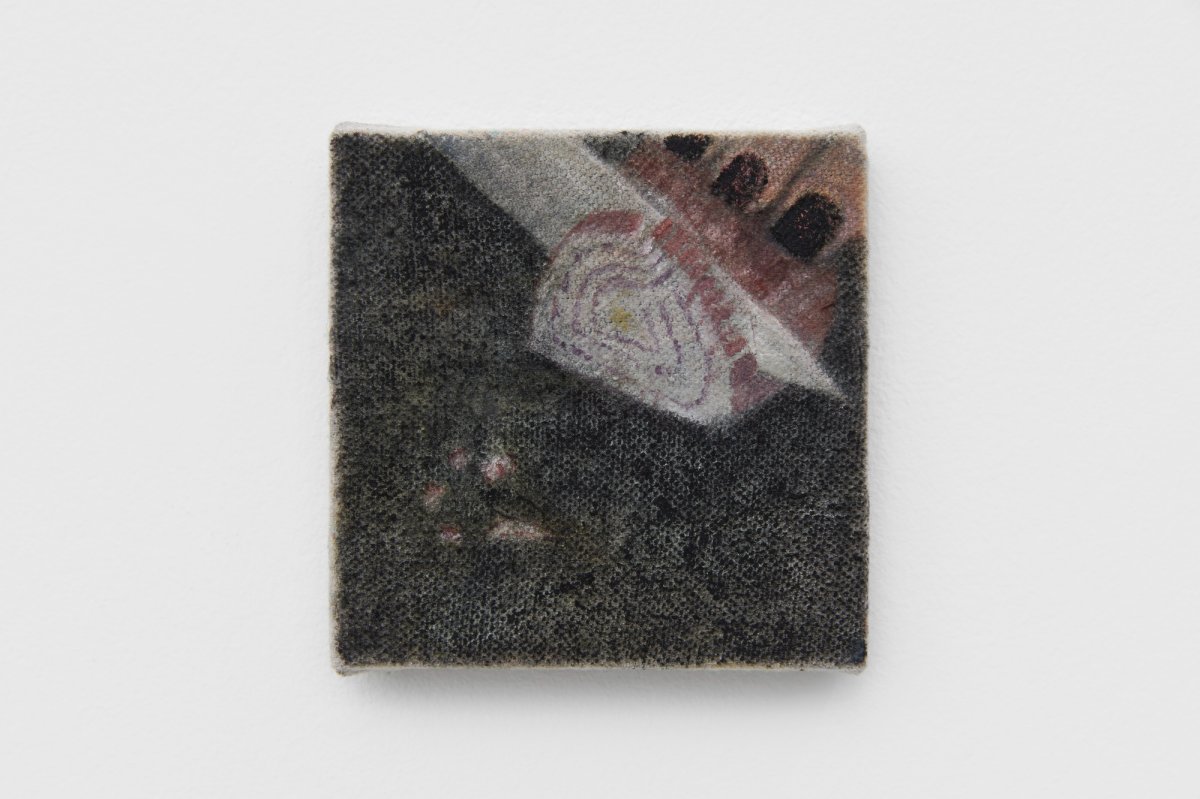 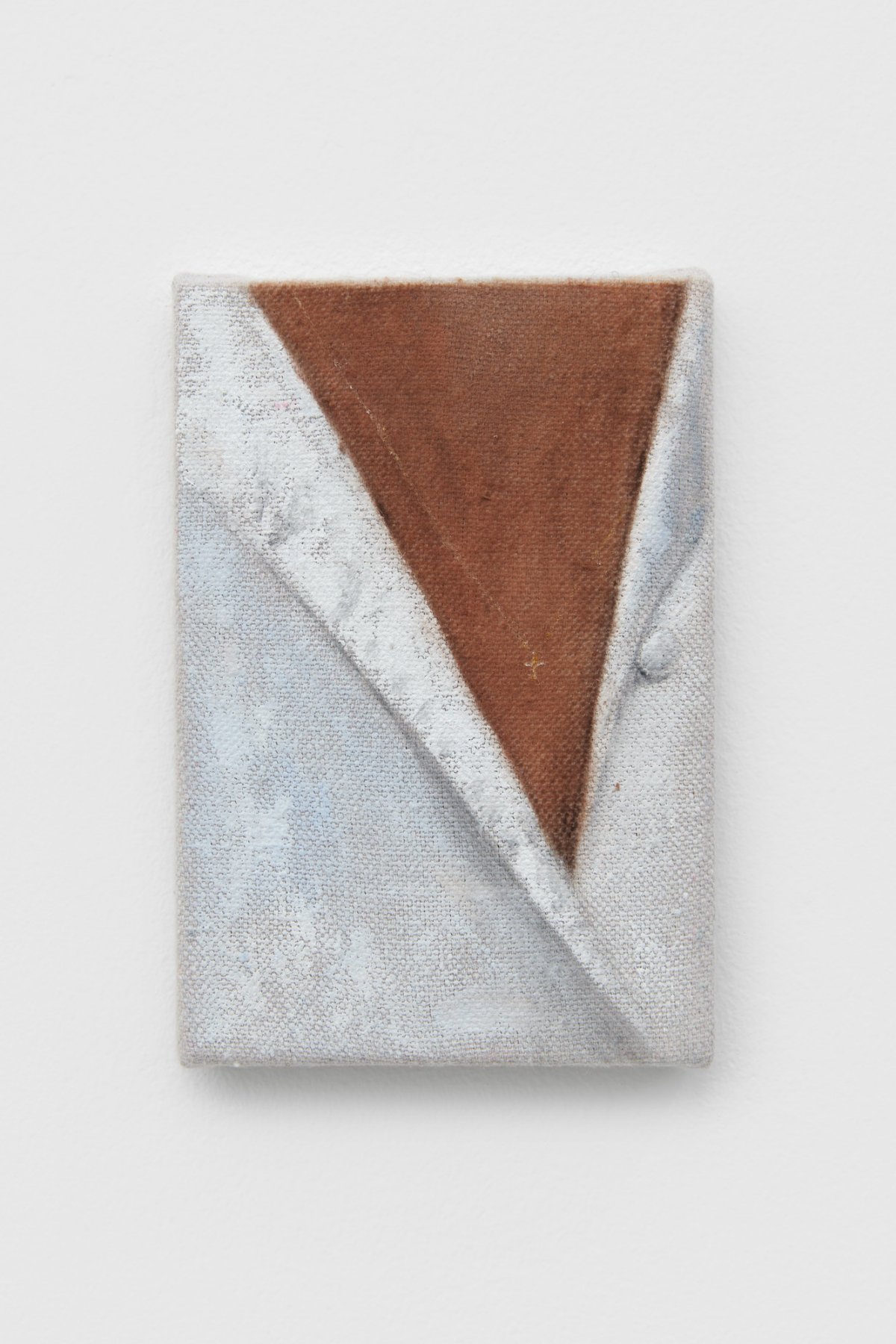 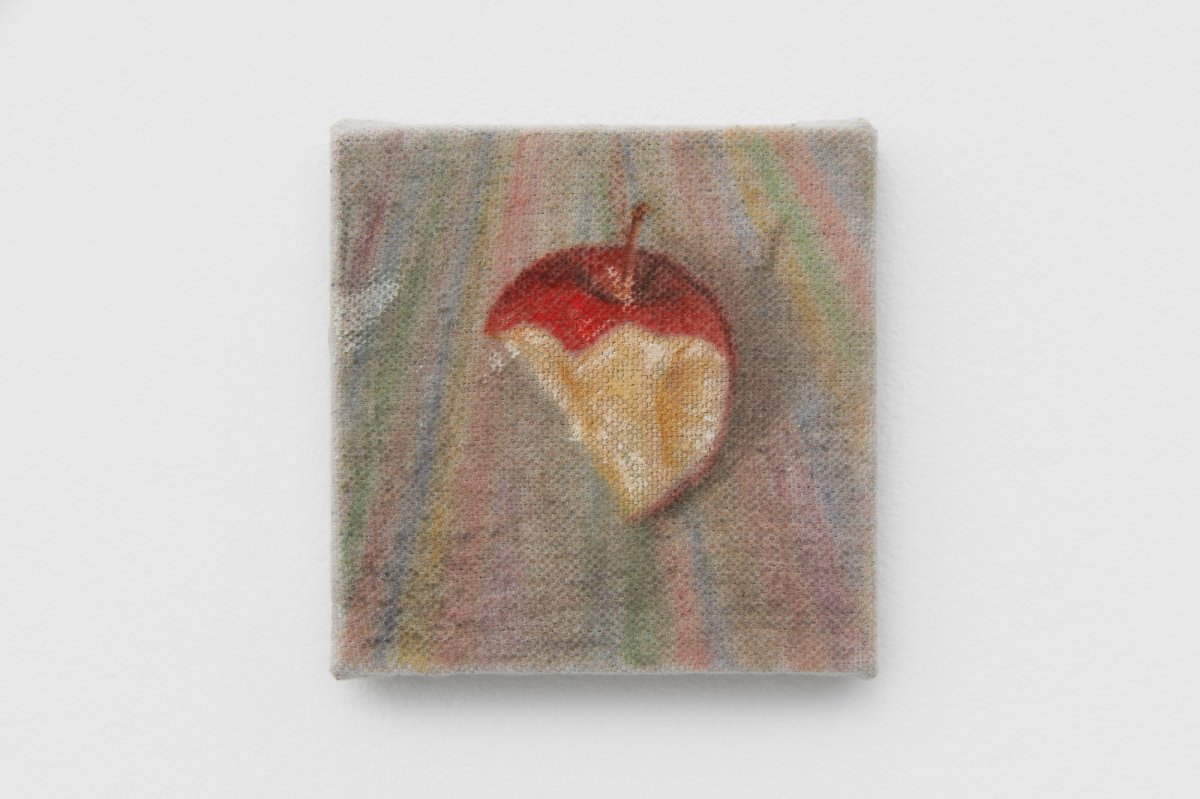 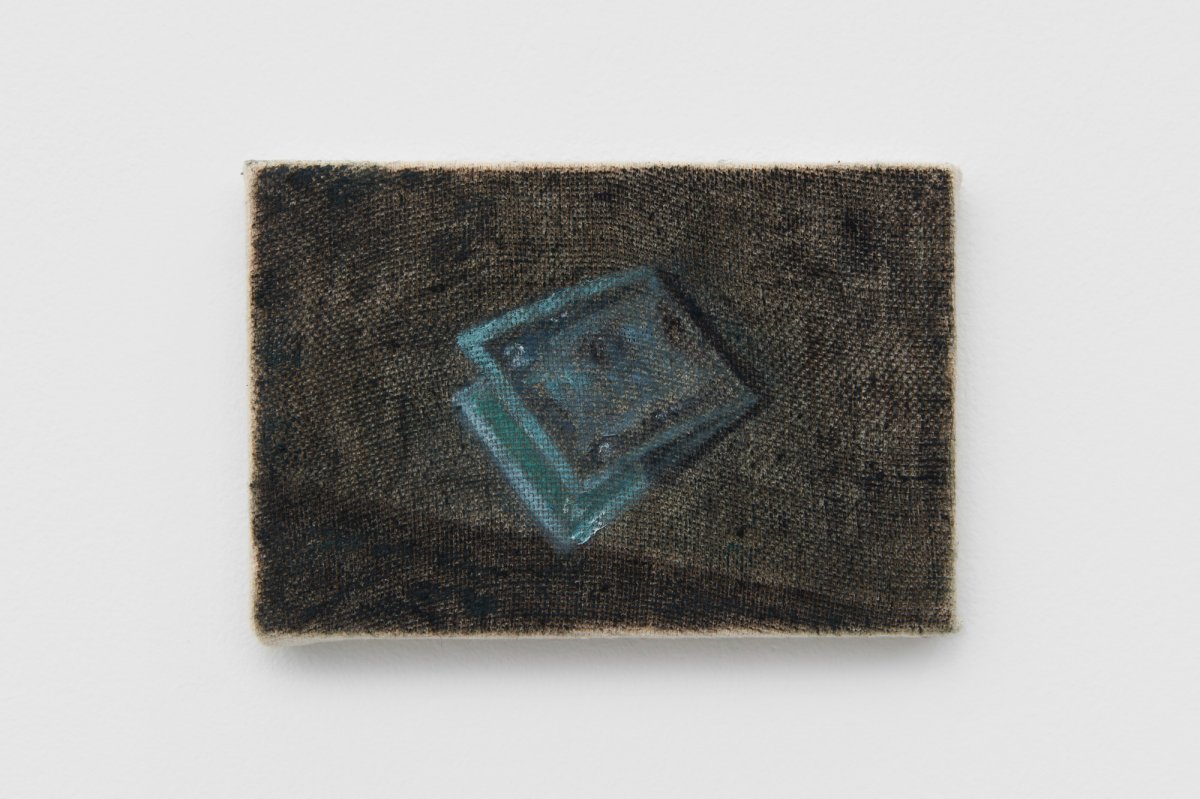 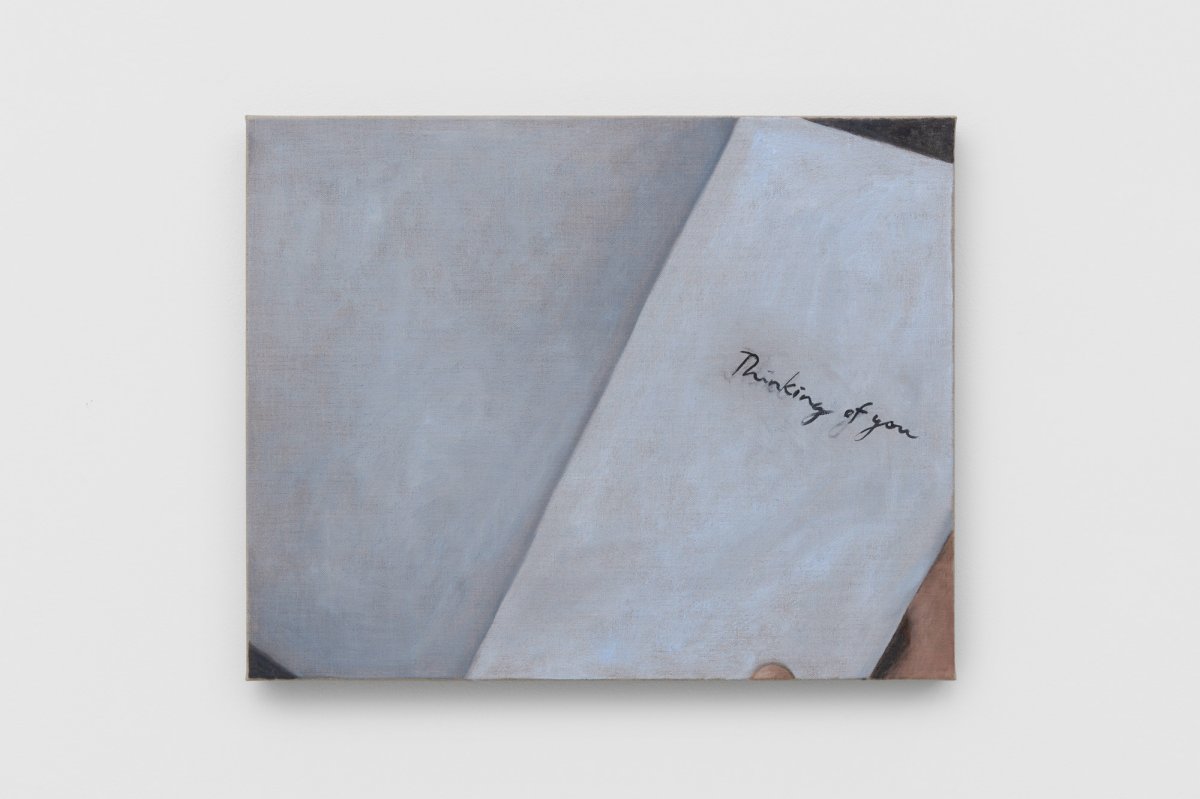 Katelyn Eichwald
Thinking of You, 2022 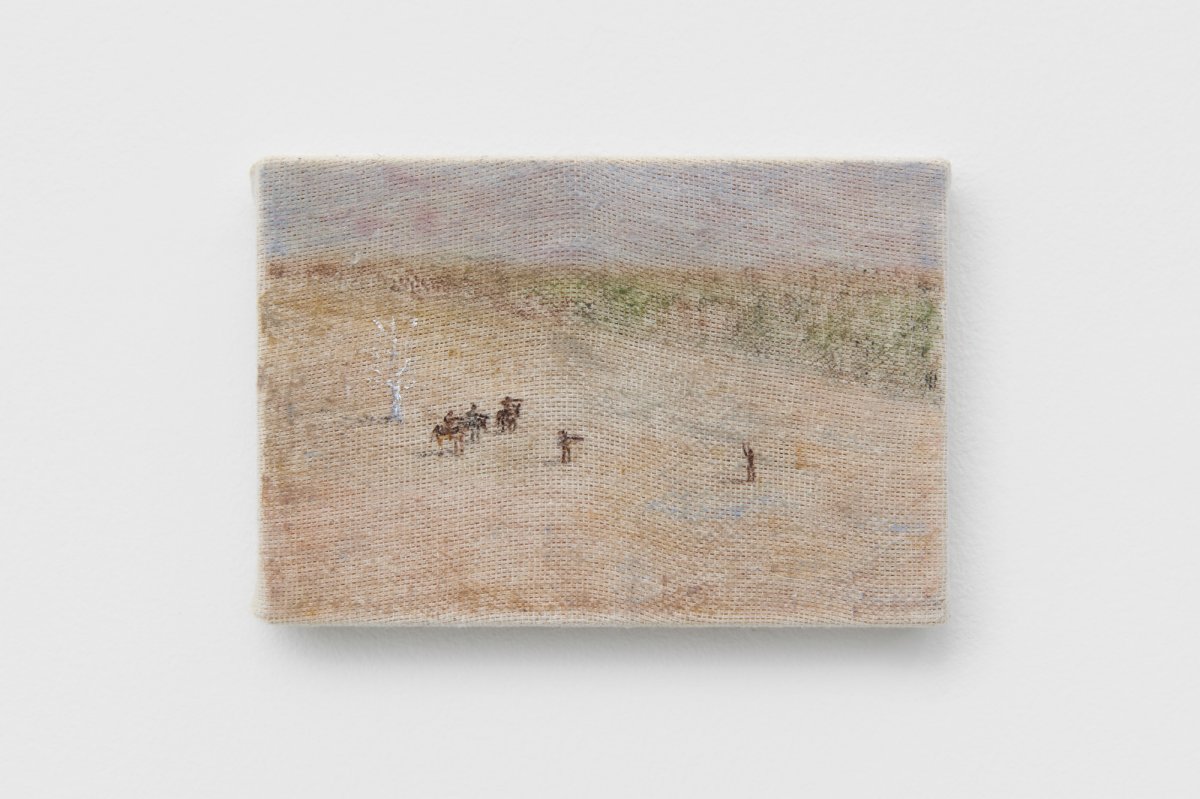 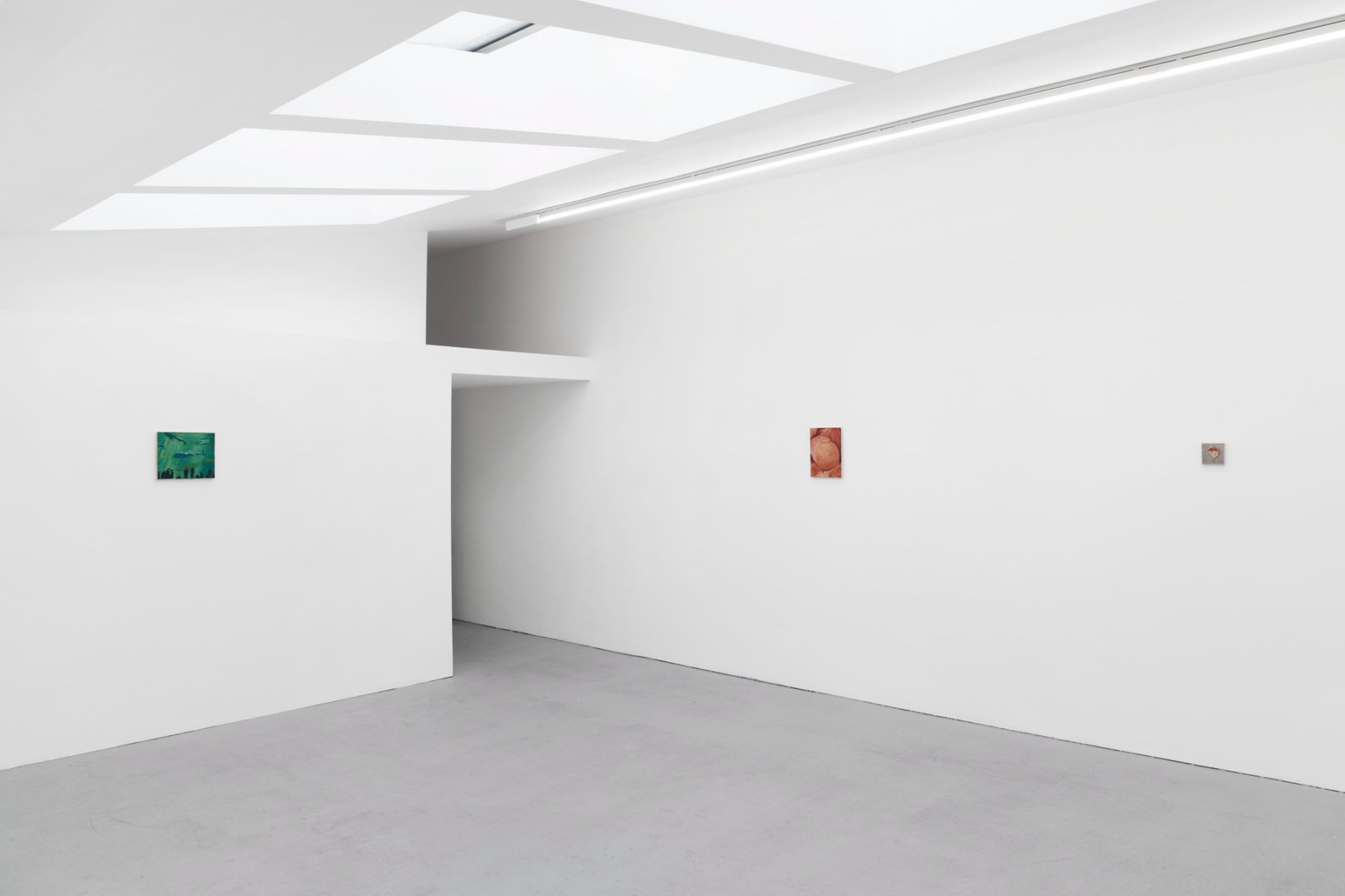 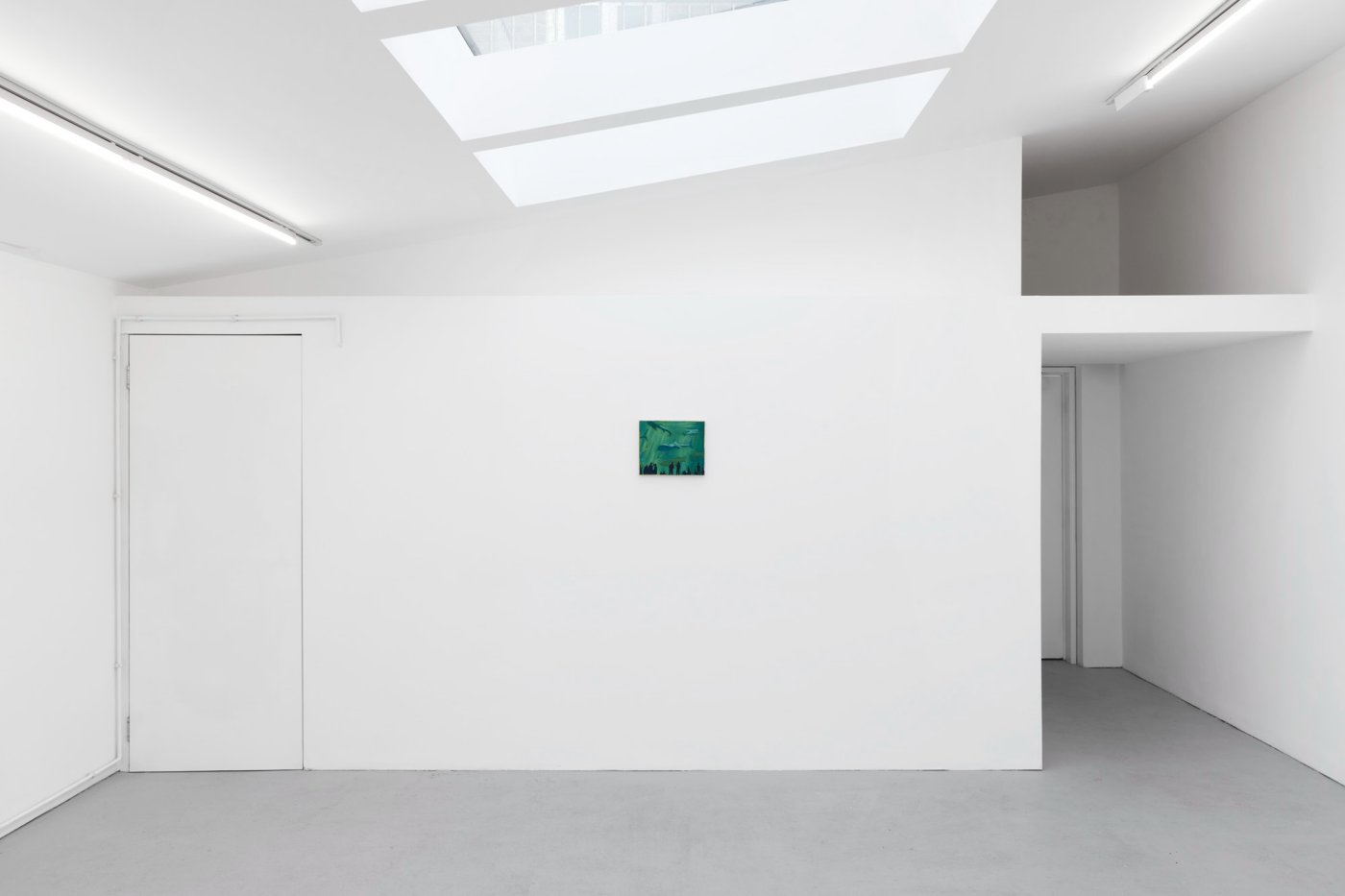 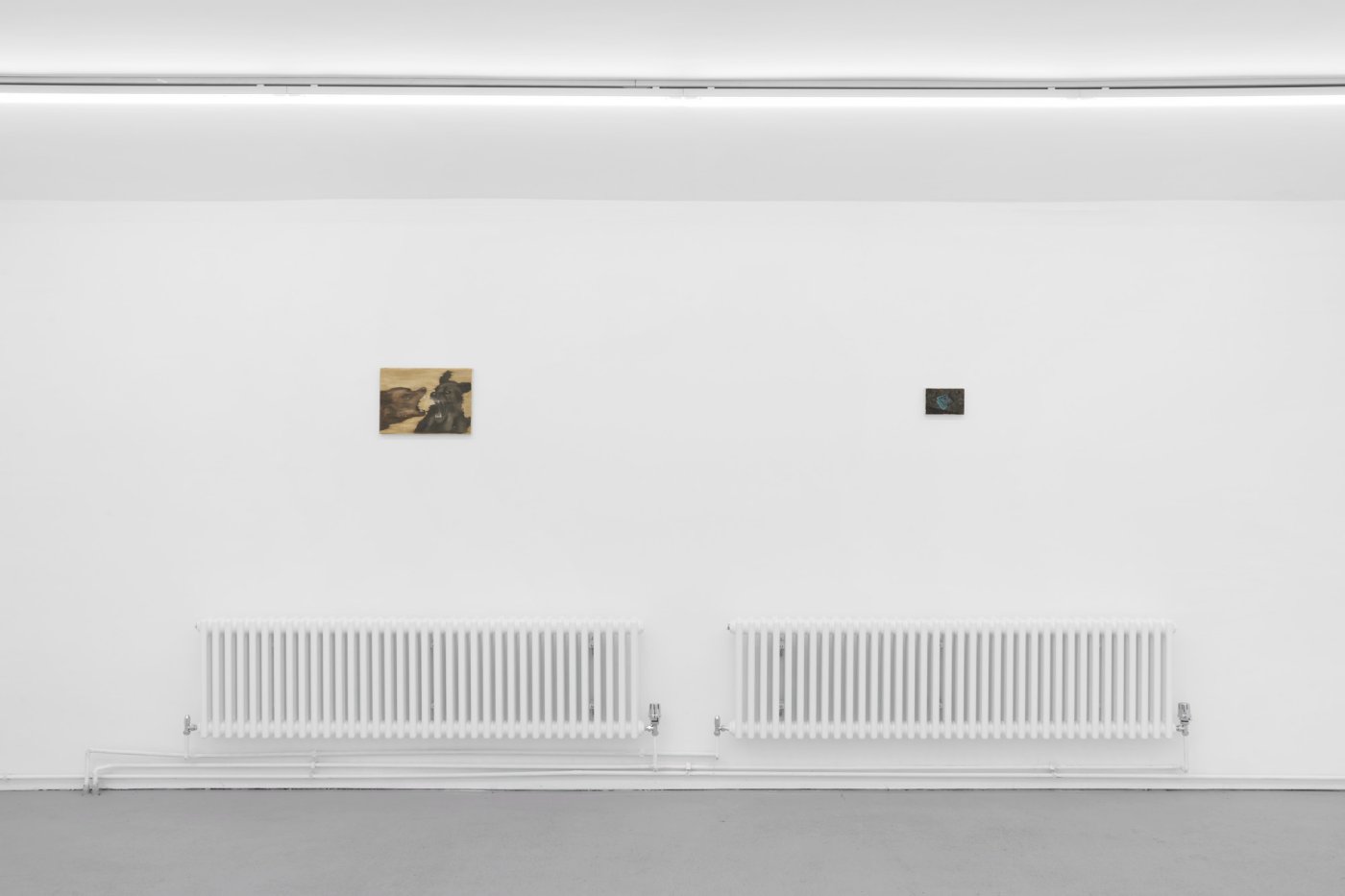 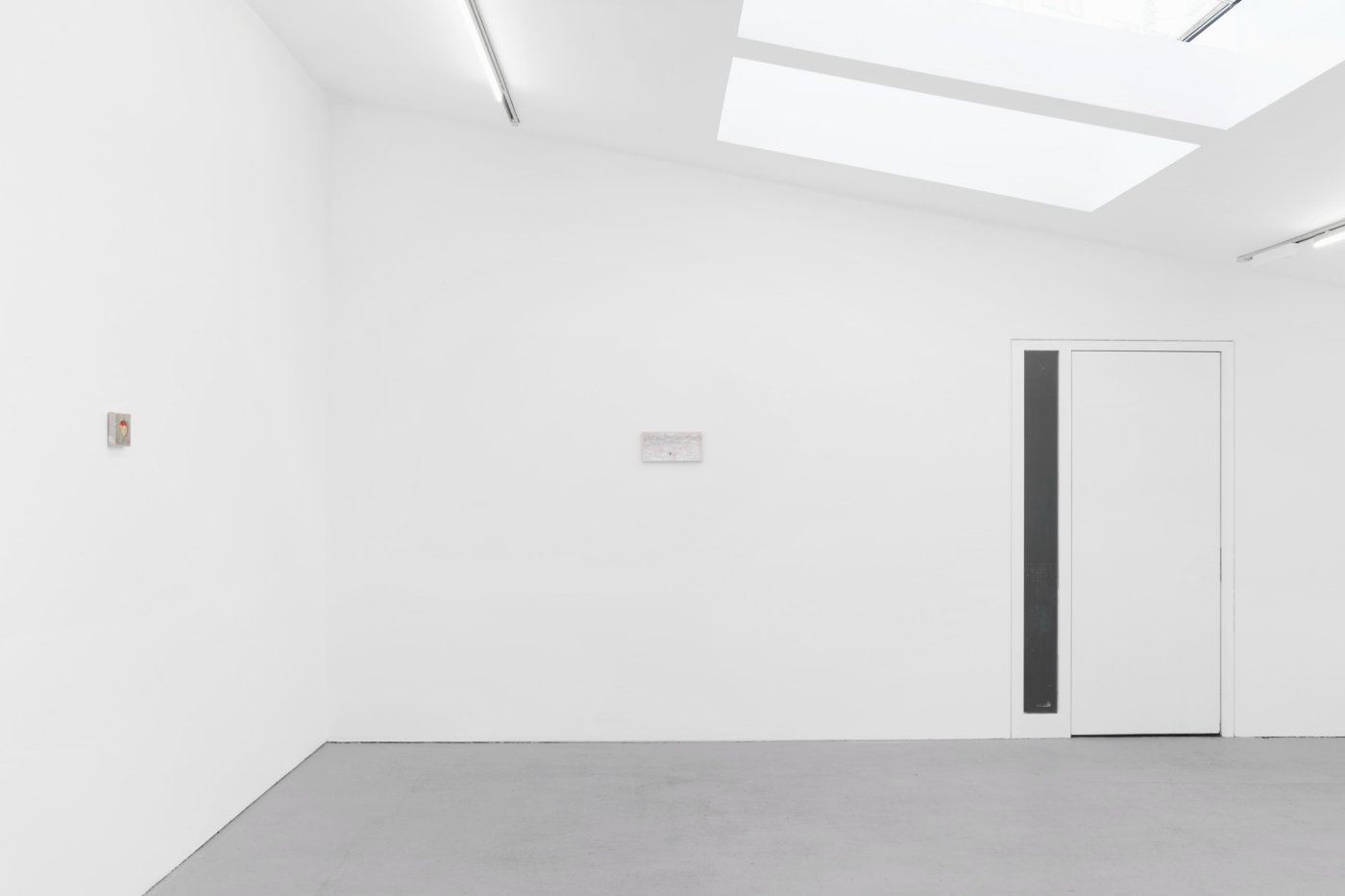 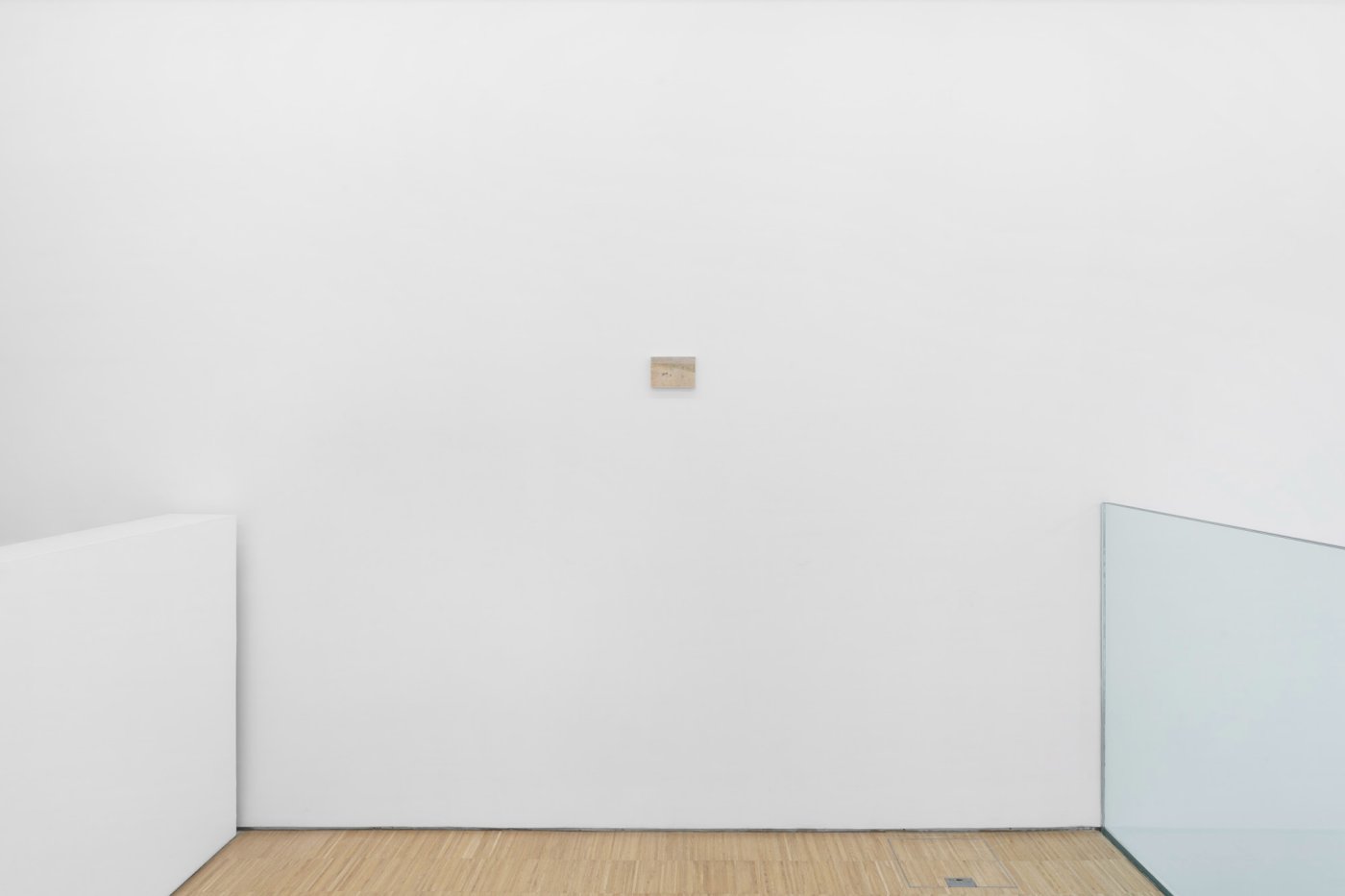 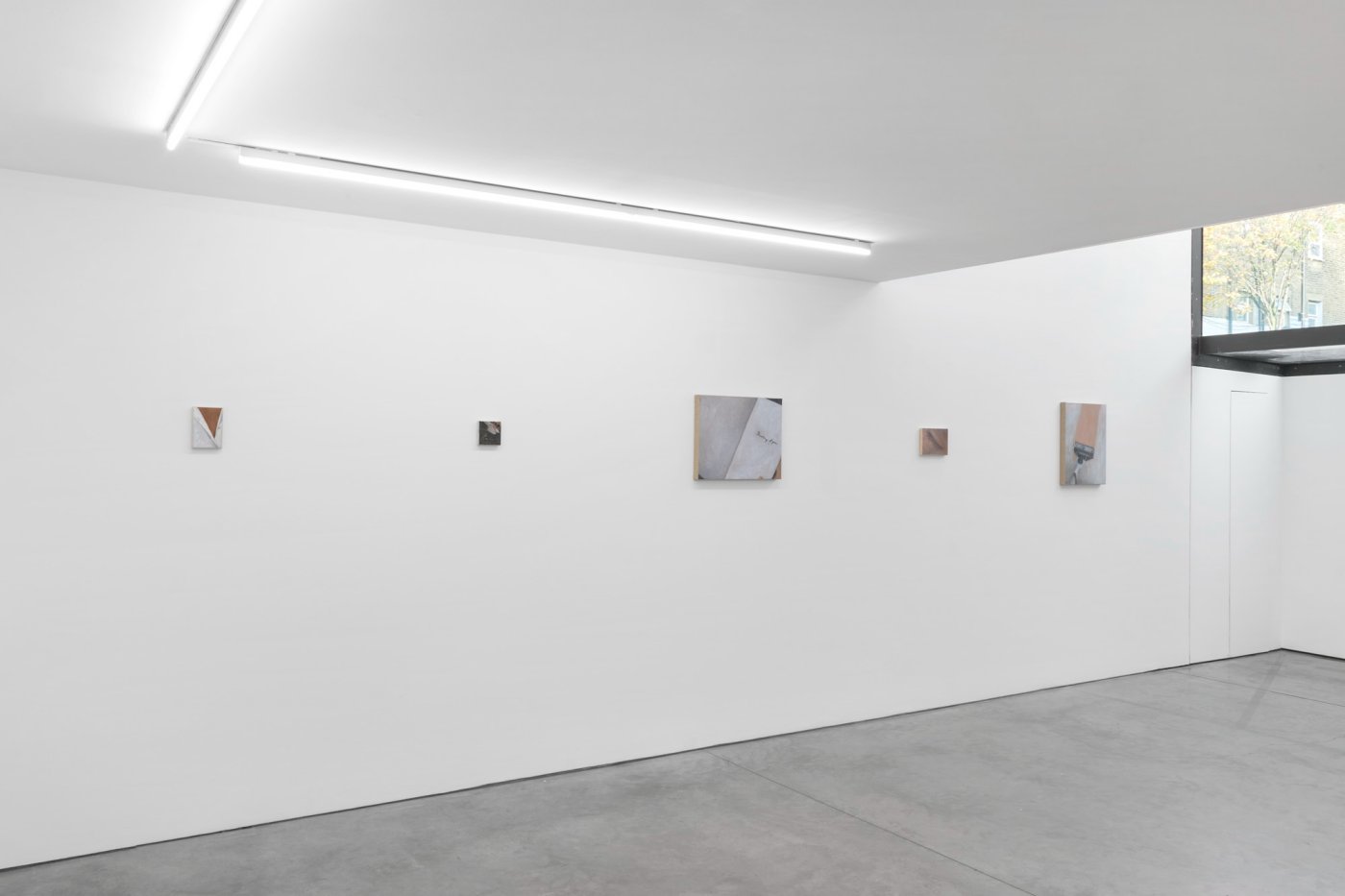 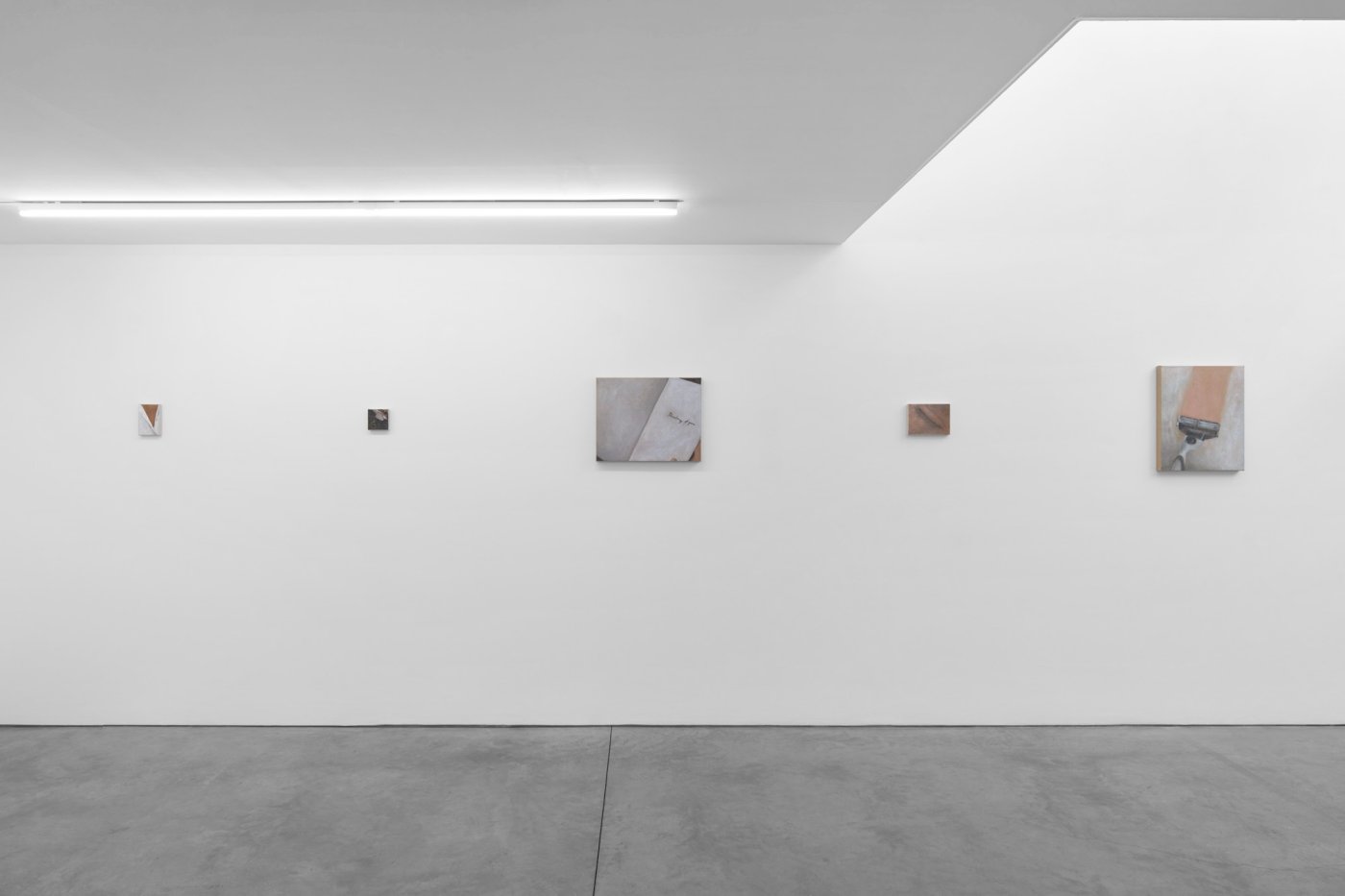 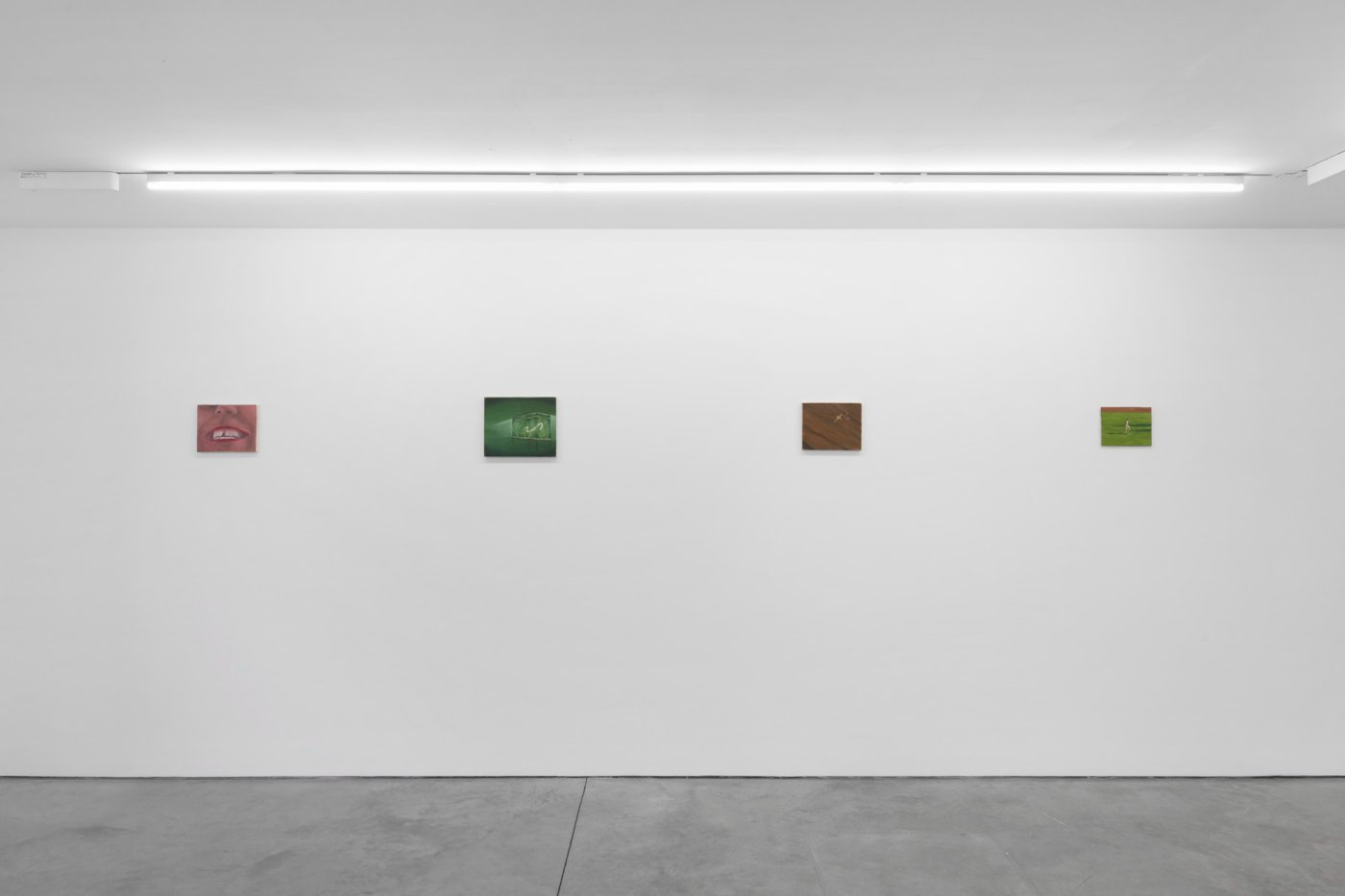 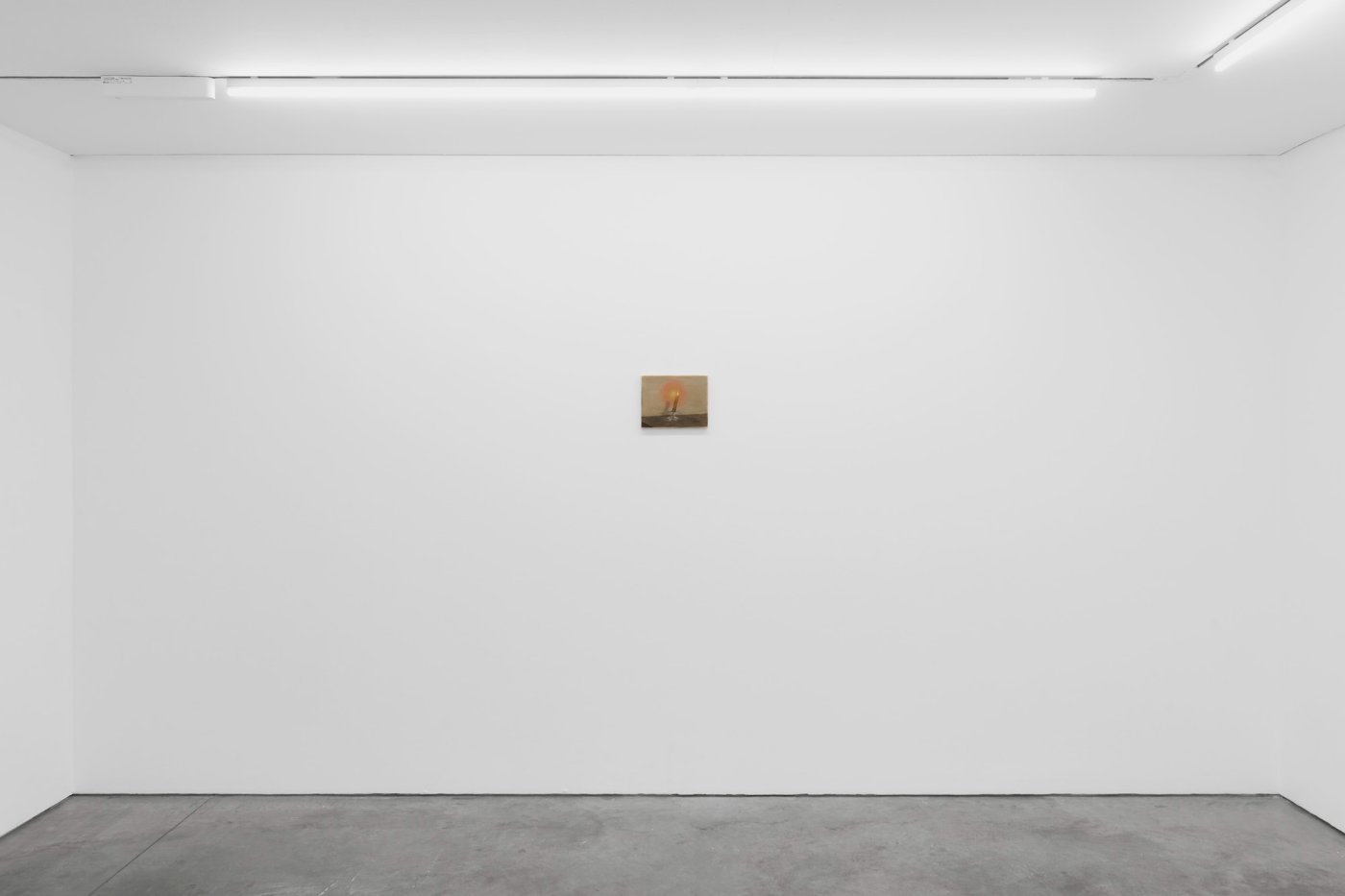 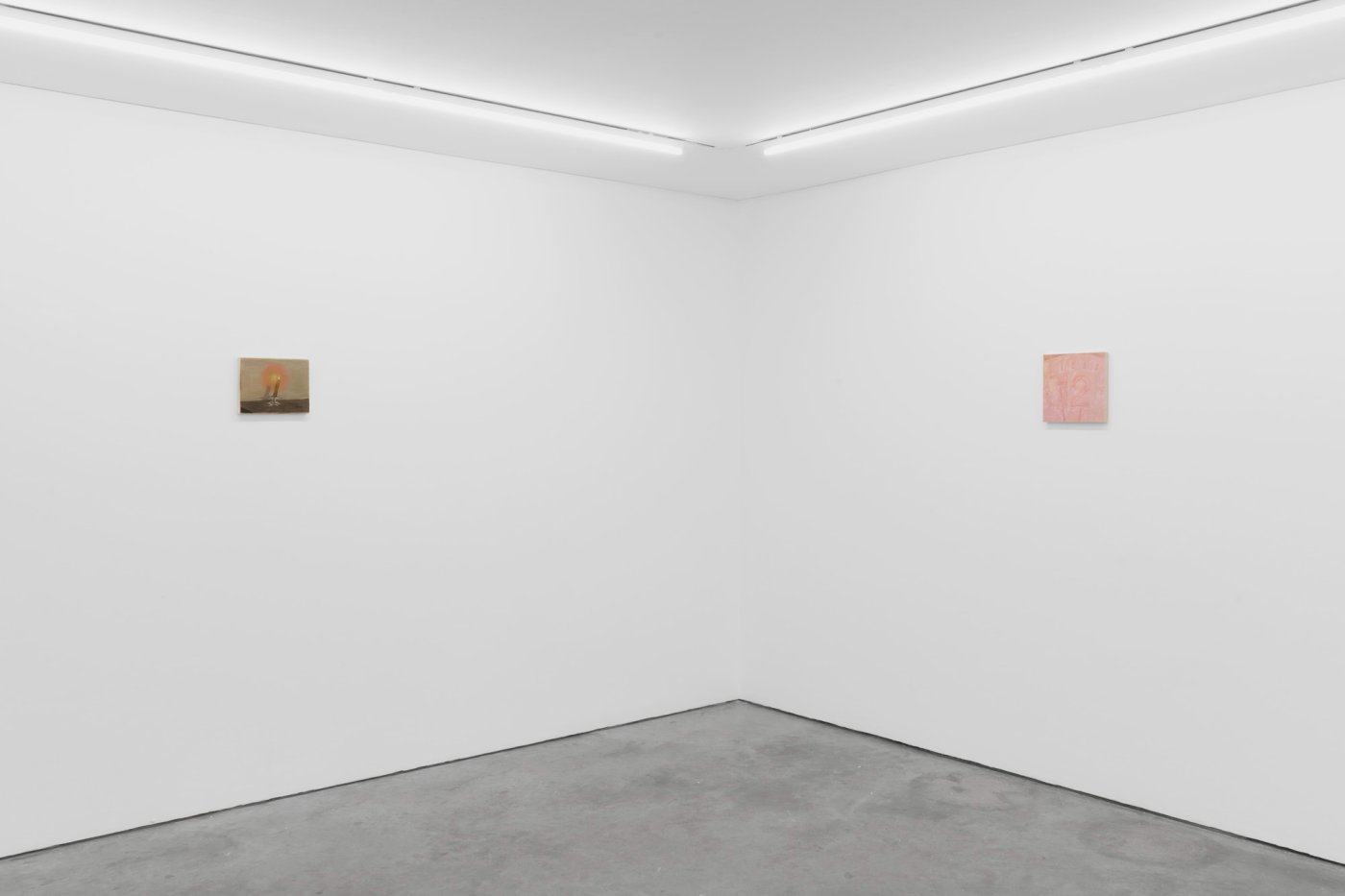 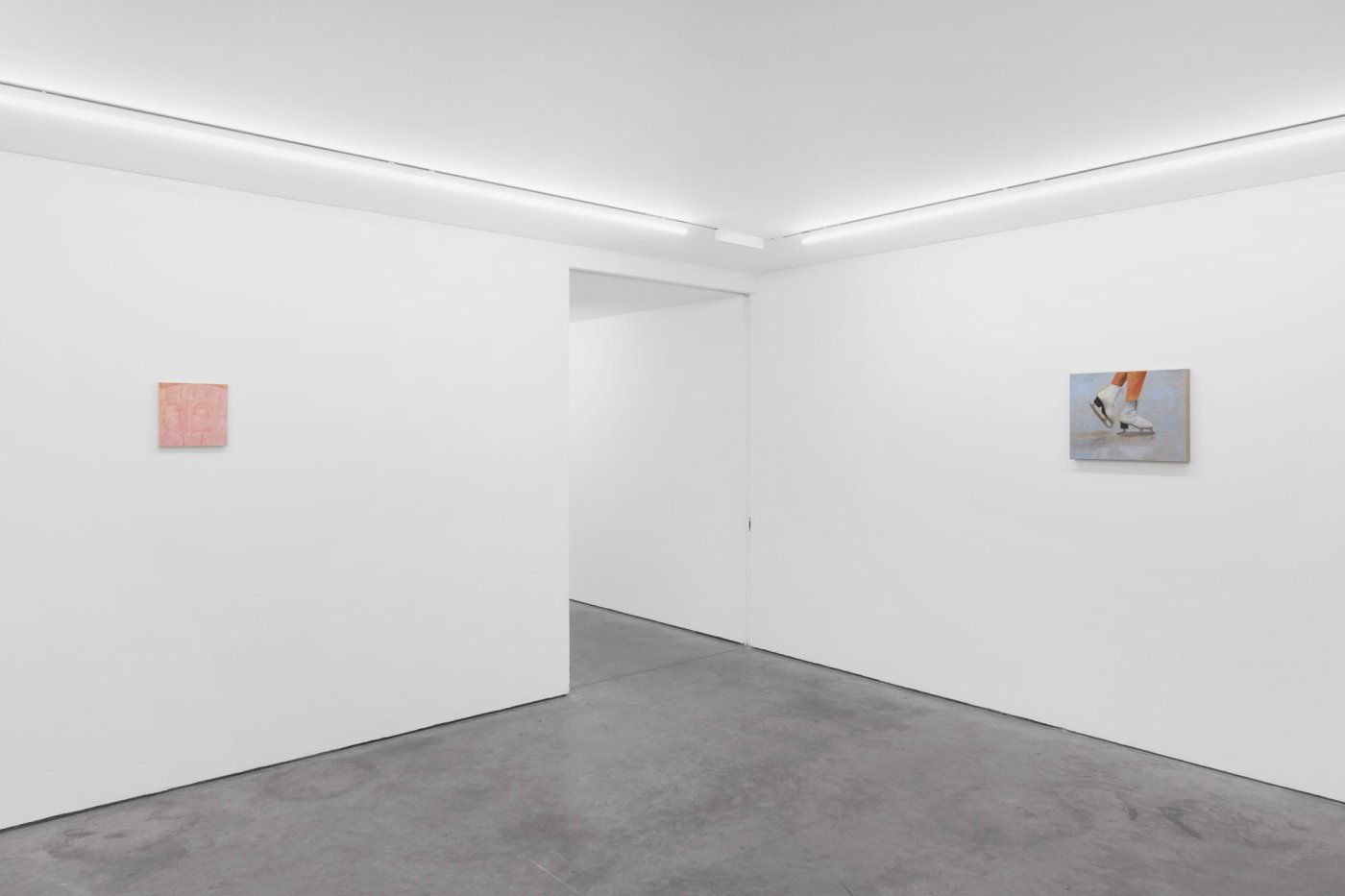 Painting in oil on canvas and linen, Eichwald and Rinoski’s work isolates fragments of memory and transforms them into resonant details. Overlooked but evocative moments become the bearers of precisely poised moods or atmospheres whose wider narrative contexts remain obscure. Disconnected waypoints in stories that remain just beyond our grasp, these fleeting memories become floating signifiers, elusive symbols.

The ‘cut’ of the exhibition’s title might be the edge of the frame, shearing the image off from the world. It might be the razor gliding across damp flesh, the ice-skate scoring a frozen surface, the glass wall of an aquarium, dividing water from air. Or the idea of ‘cut-scenes’ in film, and the ways that memory often adopts the same characteristics, with emotional states cohering around details that stand out, sometimes unexpectedly, from the narrative stream. In these paintings, the flow of everyday experience is ‘cut’ by scenes or objects whose emotive content has remained while the narrative framework has dissolved away.

Eichwald and Rinoski paint directly onto ungessoed, or barely gessoed, surfaces. The result is a matte effect, as if the image has been etched or scrubbed into the painted surface. Quite contrary to the glossy smoothness of film, we are offered a kind of visual archaeology, as if the imagery emerged out of the fabric rather than being applied to it. The rawness of the painted surface also reproduces a careworn quality of familiarity and even intimacy, an image that has been worked into over time and accrued layers of recollection. Tonal restraint within individual pieces develops the idea of specifically calibrated emotional atmospherics, while conjunctions of scale, within and between works, reproduce the distortions of dream. In both artists’ work the human figure remains at a distance, or too near to be decoded straightforwardly.

As a group, the cluster of fragmentary images making up Cut draws us into an intricate oneiric world whose contours are formed by Eichwald and Rinoski’s remarkably complementary painting practices. Yet at the same time each individual work retains its own enigmatic autonomy as a symbol detached from clear or unified meaning, a prompt to a script that must be carefully recovered and reshaped.