Perrotin presents Activated Artifacts, a solo exhibition by American artist Mel Ziegler. Presenting both new and recent works alongside pieces created with his late partner Kate Ericson, this is his fifth exhibition with the gallery and first solo exhibition for Perrotin in New York. 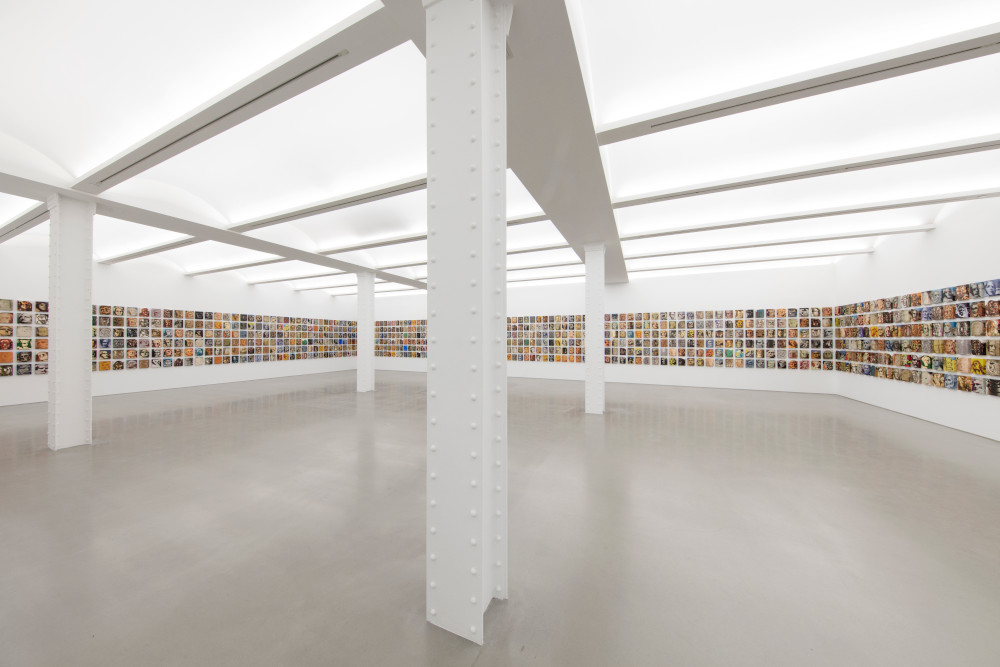 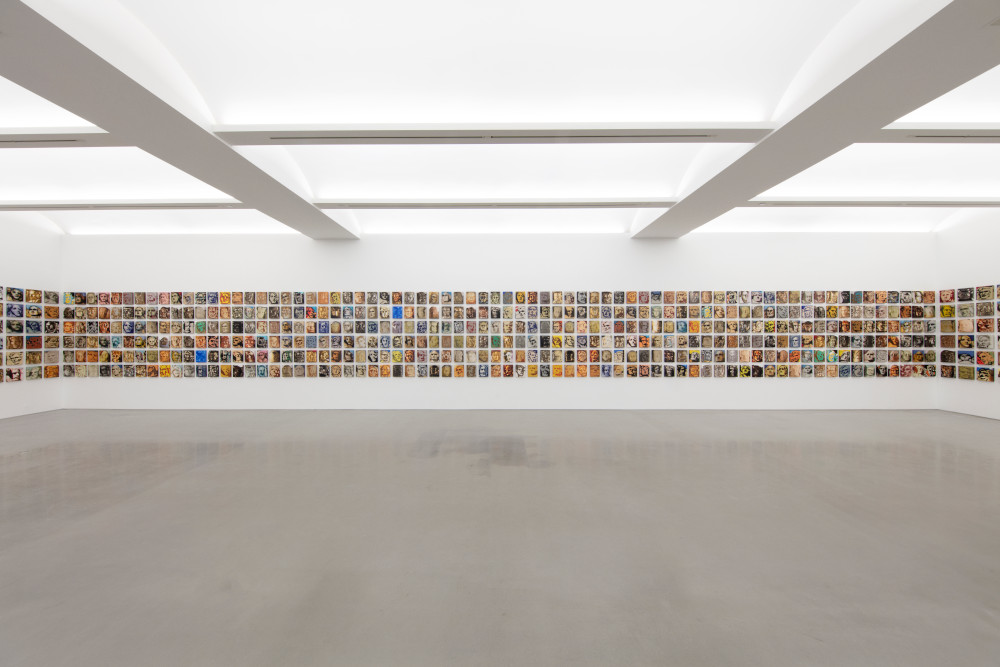 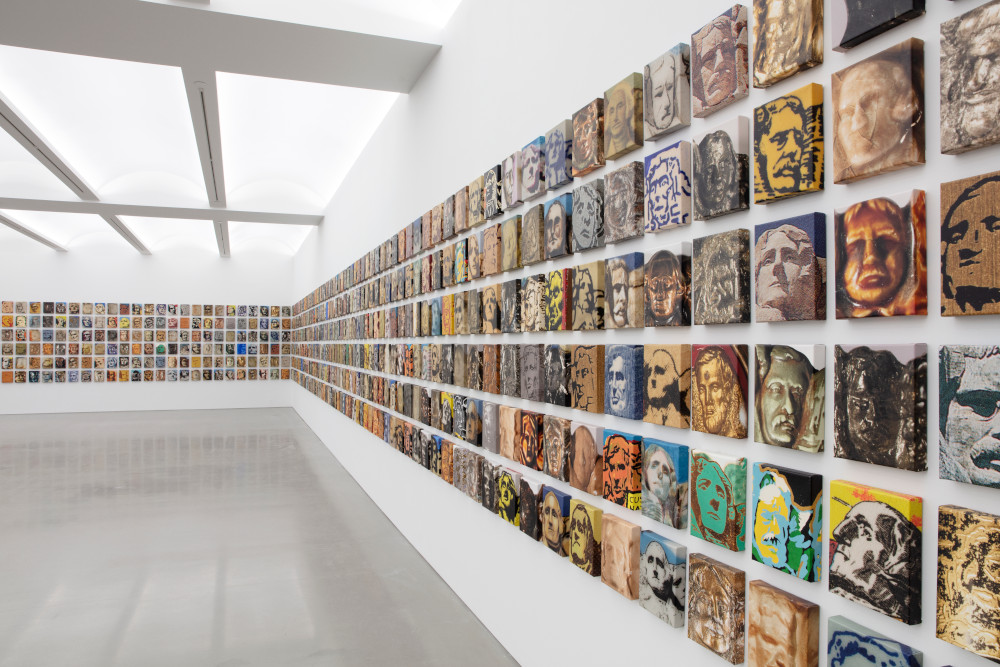 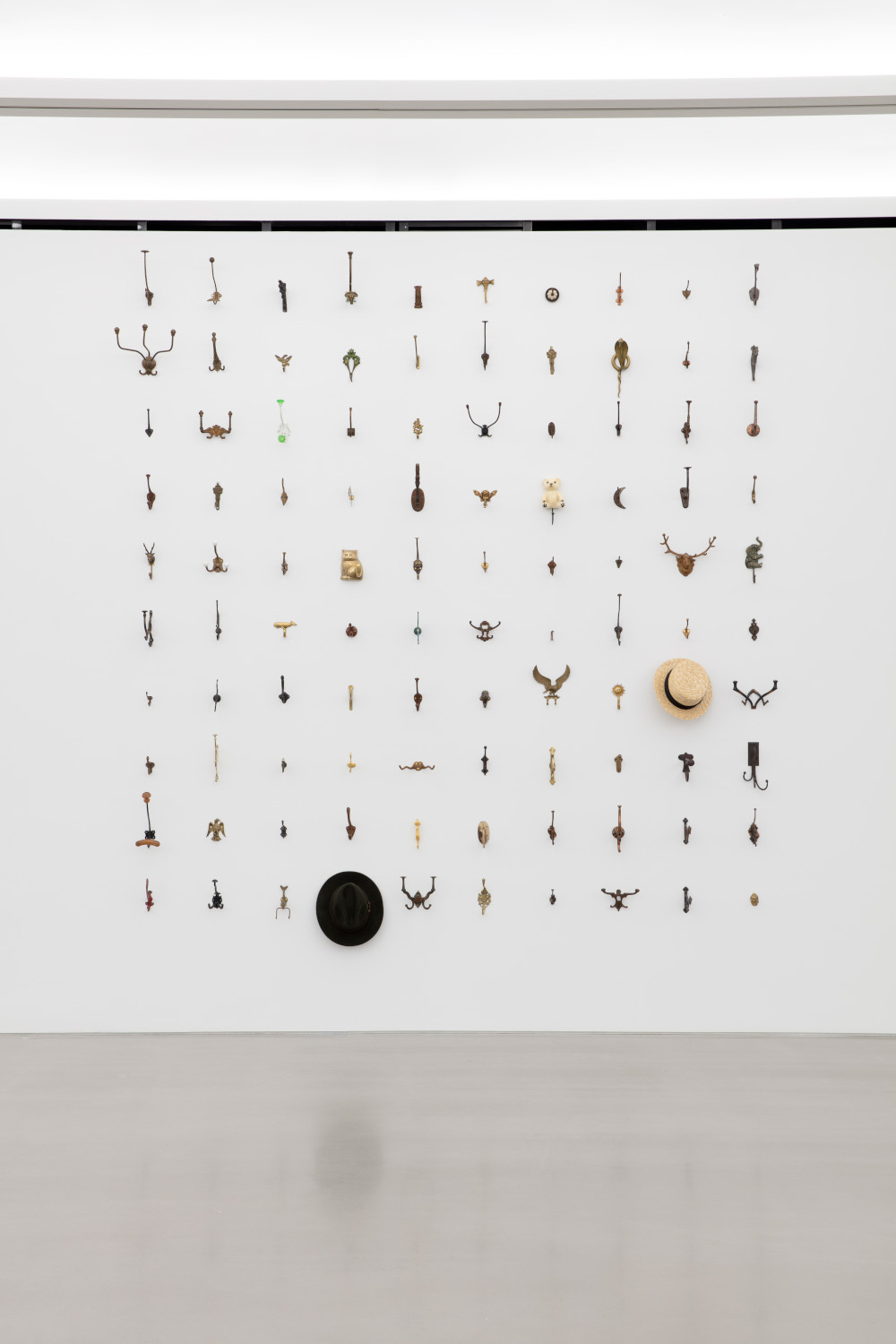 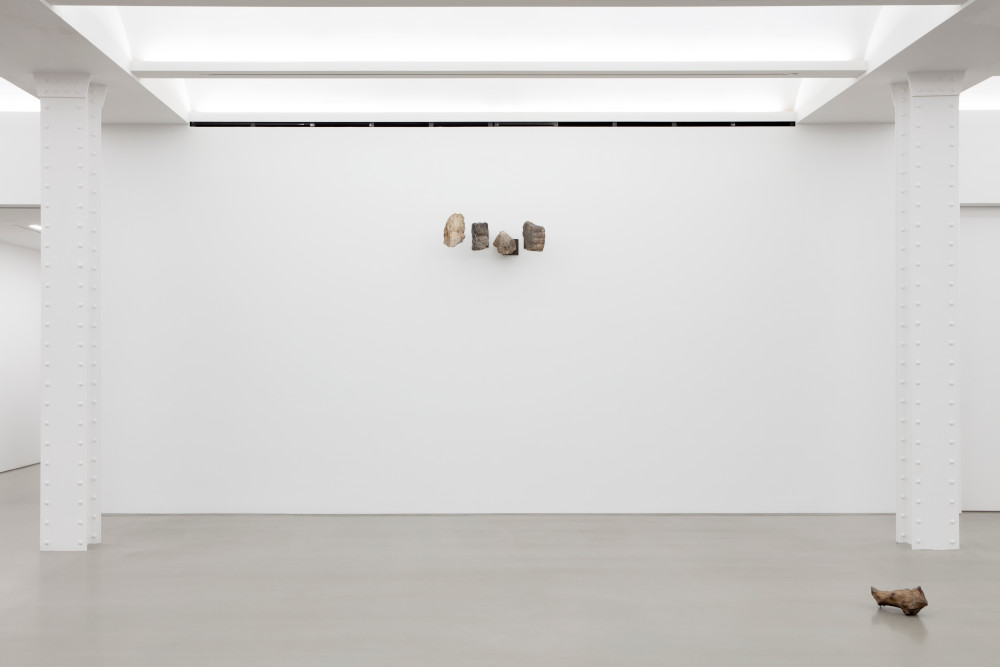 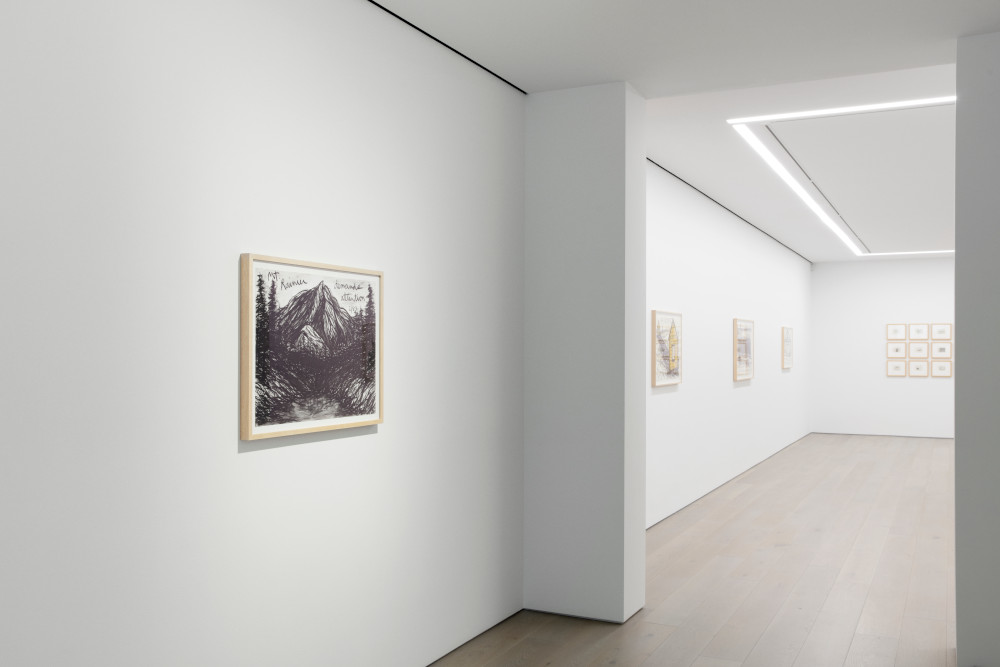 In Ziegler’s earlier collaborative work with Ericson, the pair developed a practice that was based outside the orbit of the New York City art world. Pursuing a community-based art practice that was distinctly American, they weaved together their interests in conceptual work, land-art, and interventionist strategies into a new artistic language. Working with local iconography, geography, and communities across the country, the pair staged interventions with and for these communities, all the while producing works—predominantly sculptural—collected from these interventions for display in numerous galleries and museums throughout the world. Since the untimely passing of Ericson in 1995, Ziegler’s work has further evolved from the collaborative team’s interests and concerns.

For this exhibition, Ziegler has created a new work entitled Hooks, taken from a larger series of works called 10×10’s. Consisting of a geometric grid of vintage and antique hat hooks, viewers are encouraged to leave their own hats thus transforming the work from its original form. The piece bears many hallmarks of Ziegler’s practice such as an encyclopedic approach to collecting, participatory elements, and a deep reverence for socially imprinted antique artifacts. Additionally, it references Ziegler’s pervading interest in seriality, a quality often attributed to minimal art of the 20th Century, and a distinct influence during the genesis of both his and Ericson’s work.

The centerpiece of the exhibition, 1000 Portraits, is a recent work comprised of 1000 digital prints on canvas, each displaying photographed reproductions of the presidents’ faces present on the Mount Rushmore National Memorial. Varying wildly in style and quality, these faces were sourced from a range of over 400 vintage souvenirs depicting the monument, reinforcing Ziegler’s abiding interests in Americana and systemization. “My goal with these souvenirs was always to make an artwork out of them with the aim of de-monumentalizing this monument,” he explains. Mount Rushmore—whose subtitle is often the ‘Shrine of Democracy’— is equal parts iconic, absurd, and political; a 60-foot-high sculpture of presidential faces blasted into a remote mountainside on Native American land in South Dakota, initially created for the purpose of tourism. Through photographing each face as depicted on these touristic memorabilia and reinterpreting them as painted portraits, Ziegler seems to posit that 1000 Portraits may in fact be a more fitting ‘Shrine of Democracy” than the original.

As if to underscore Ziegler’s long interest in the monument, nearby hangs From the Making of Mount Rushmore, a work produced in 1986 with Ericson where cut stones were taken from the base of the memorial as an act of civil disobedience. They are mounted relative to the positions of presidents Washington, Jefferson, Roosevelt and Lincoln.

Finally, added as a punctuation to the exhibition is a new work consisting of a bronze replica of a small wooden beaver carving Ziegler found in the Black Hills in the vicinity of Mount Rushmore. Here he is expanding the activation of artifacts into the natural world. Its simple primal elegance underscores Ziegler’s critique of the monument in a subtle but poignant way through scale, necessity and location.

On the gallery’s second floor are several series of works on paper, all in differing form. The first series consists of preparatory drawings for projects that may or may not have ever been realized. A notable example; several energetic sketches of a flatbed trailer lined with poplar trees titled Instant Landscape. The fully realized project was exhibited as part of a group show at New York City’s Artist Space in 1984, where a large 40 foot industrial trailer was parked in front of the institution, brimming with verdant scenery. Nearby hangs another series of work, this time depicting real landscapes. National Park consists of landscape sketches in oil pastel, daubed with matter-of-fact impressions of each scene.

The series entitled Dianna Drawings provide an emotional coda to the exhibition. A series of paper napkins, the drawings were made in 1995 when Ericson was terminally ill. As part of their daily routine, the artists would visit a local diner, Dianna’s Place, and sketch and plan future projects. Some realized, and others purely remaining on paper, these drawings reflect a profound sense of optimism and spirit, still visible in Ziegler’s practice today.