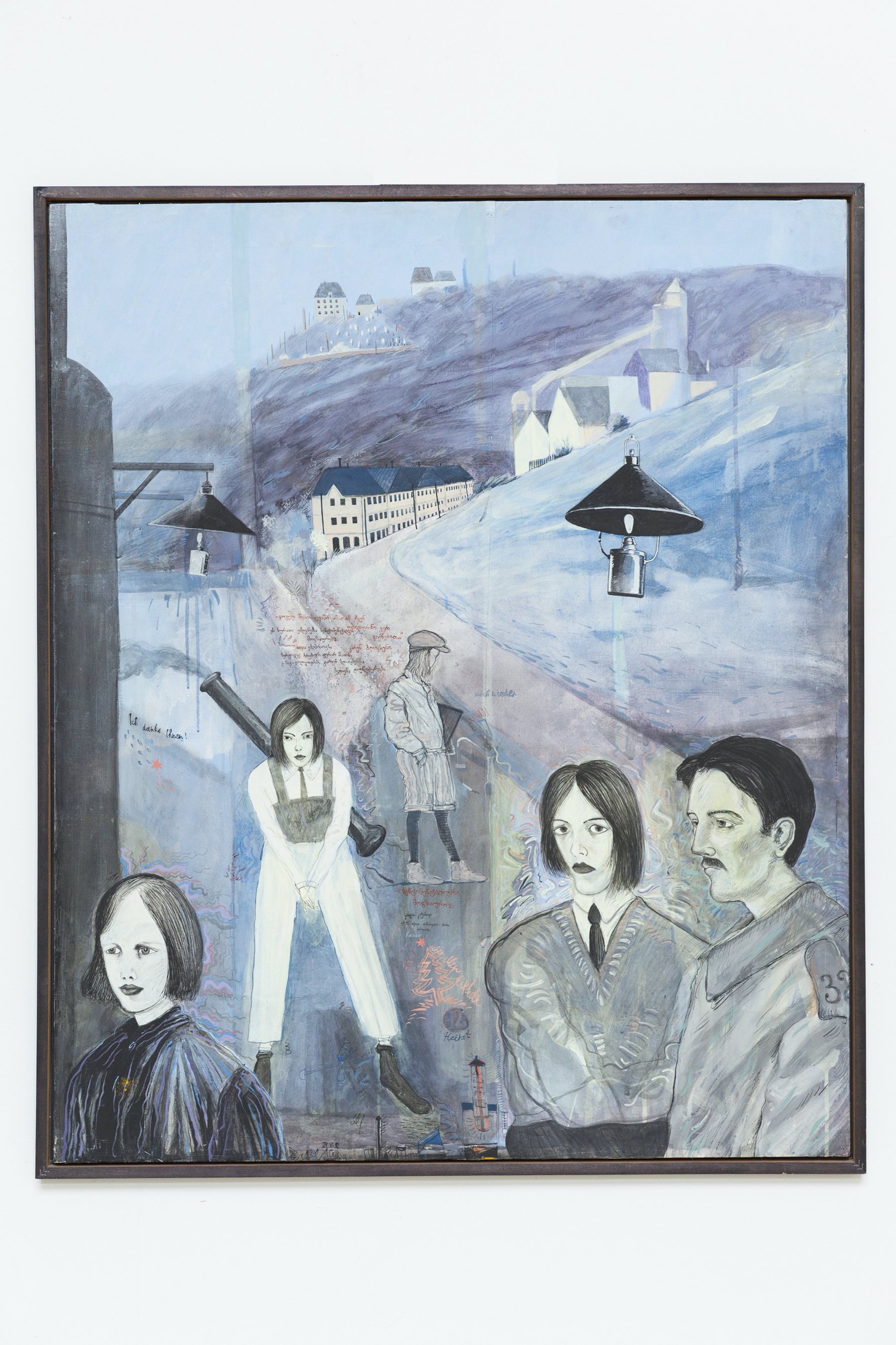 Karlo Kacharava was an artist, theorist and poet living in Tbilisi, Georgia. Active through the 1980s and 1990s, the artist’s inventive approach to painting transgressed the boundaries of late Soviet visual culture, greatly contributing to contemporary art in the post-Soviet Caucasus. Though his career was cut short by his early death at the age of thirty, Kacharava’s output and presence galvanized a generation of contemporary Georgian artists, eventually broadening the conversation beyond Georgia’s borders.

Karlo Kacharava studied Art History at the Tbilisi State Academy of Arts, graduating in 1986. He subsequently worked as a research fellow at the city’s Chubinashvili Institute for the History of Georgian Art, until his death. The artist left the USSR for the first time in 1990, subsequently frequenting and exhibiting in Europe, particularly Cologne. In 1997, the artist was posthumously awarded the Giorgi Chubinashvili State Prize for his contribution to Georgian art history.

Though his career was short-lived, Kacharava was notably prolific, producing a wealth of visual art, poetry and criticism. The artist frequently synthesized language with painting and was deeply interested in the pictorial dimension of the written word. The textual iconography employed by Kacharava oscillated between Georgian and Latin script, often referencing Western culture and philosophy. The 1993 painting Susan Sontag, for instance, invokes the writer’s famed essay Against Interpretation. The artist’s rich visual world drew upon a wide range of often disparate influences with intense curiosity, including the legacy of Georgian Futurism, German expressionist works of Ernst Ludwig Kirchner, comic books and various figures within 1980s European and American currents such as Keith Haring and Dieter Roth.

Kacharava’s paintings are marked by the intensity of their narrative voice and formal inventiveness. Surfaces are frequently fragmented, oscillating between modular comic-book cells, painterly abstract passages and expressively articulated illusion. Kacharava’s subjects are sewn together by a graphic kind of theatricality. The oneiric quality of his scenes finds form in a careful attention to nuance, and to the specificity of subjects and places, resulting in compositions that are hauntingly elusive, yet local and precise. His painting Fur Fur Helena! (1989) captures the artist’s lover, a Swedish intellectual, directly gazing at the viewer. Other paintings hark back to a pre-Soviet dream of Tbilisi as the capital of international bohemianism. Kacharava’s oeuvre examines the entanglement of private and collective catastrophe and desire, underscoring an essential yearning and disillusionment at the center of artistic and political culture in the rapidly thawing Eastern Bloc.

In 1998 Karlo Kacharava’s work was posthumously shown at the Joyce Goldstein Gallery in New York. His work has since been featured in numerous exhibitions, including Sputterances at Metro Pictures gallery in New York (2017). A major retrospective was organized by Irena Popiashvilii at the National Georgian Museum in 2017.