Karl Karner: BRUTBLADD _ the horse eats with me

Karl Karner: BRUTBLADD _ the horse eats with me 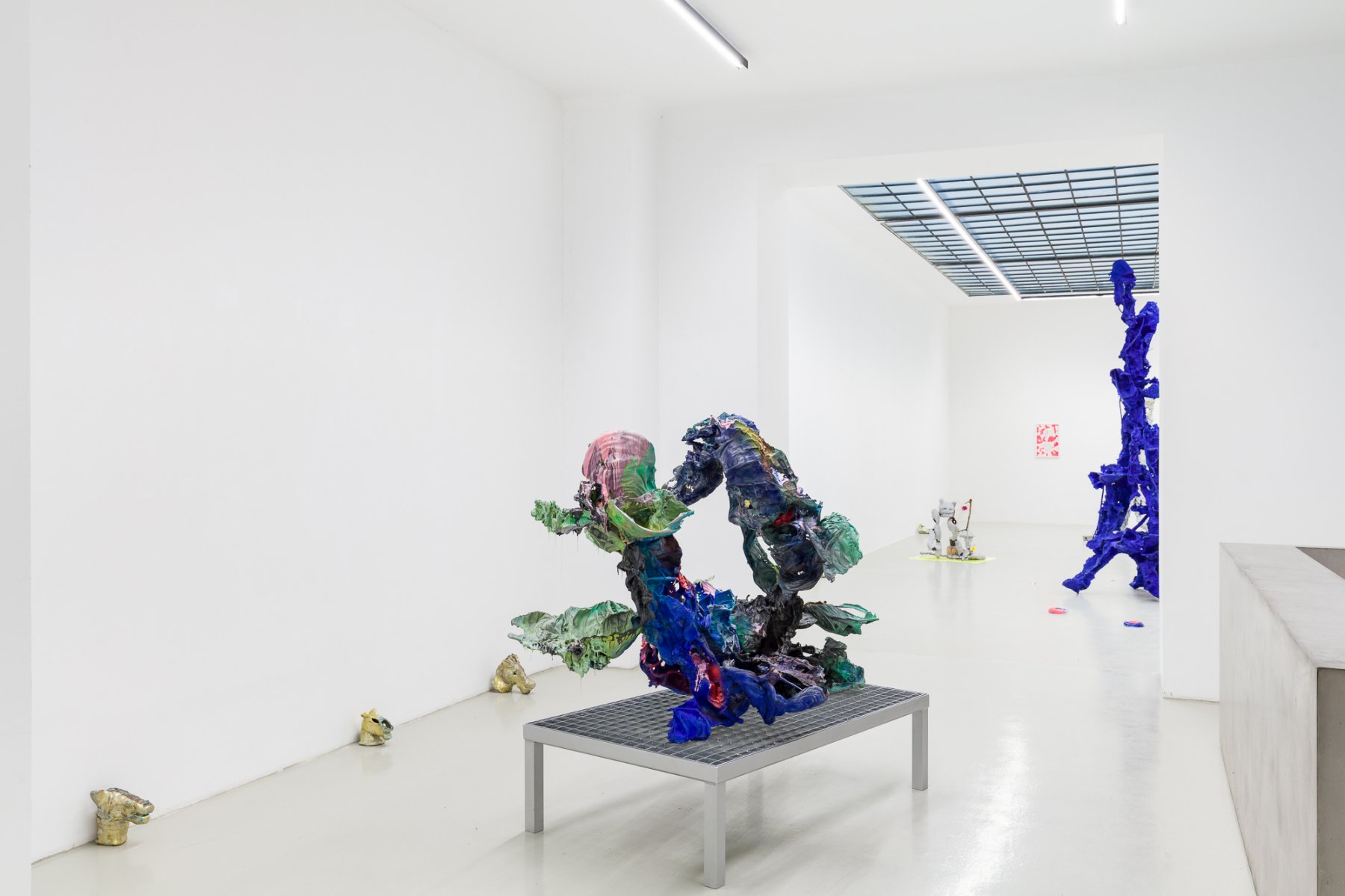 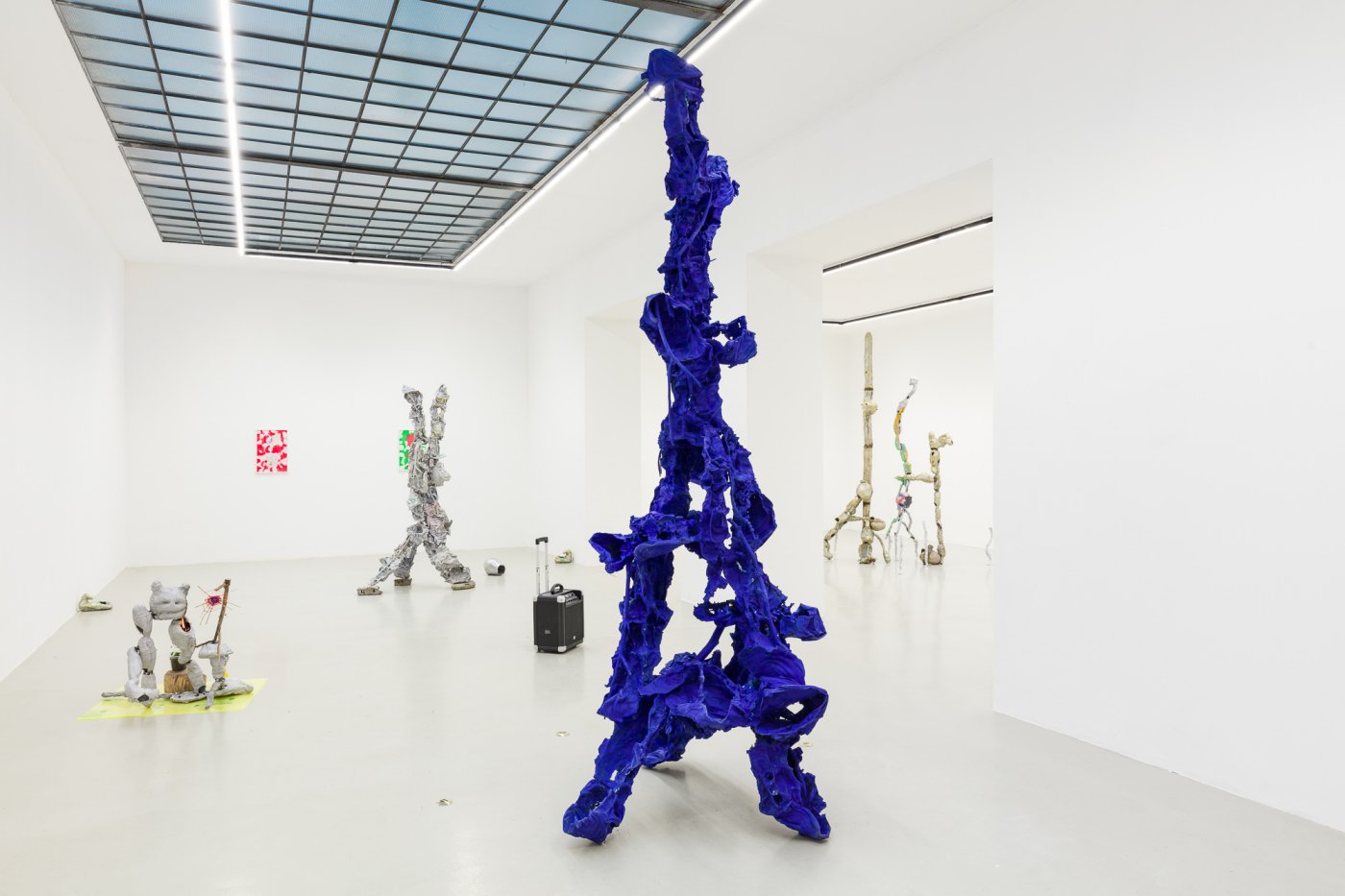 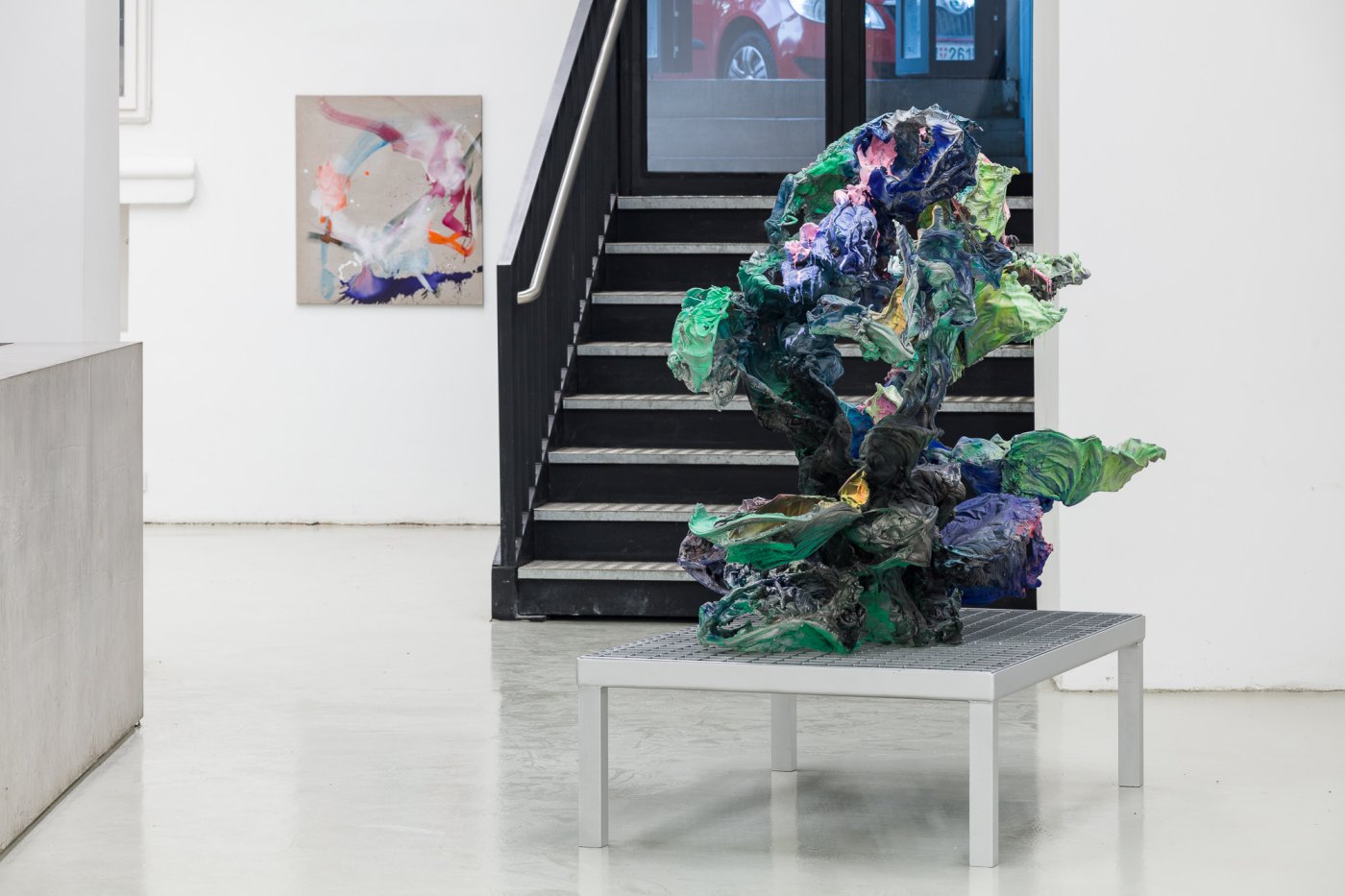 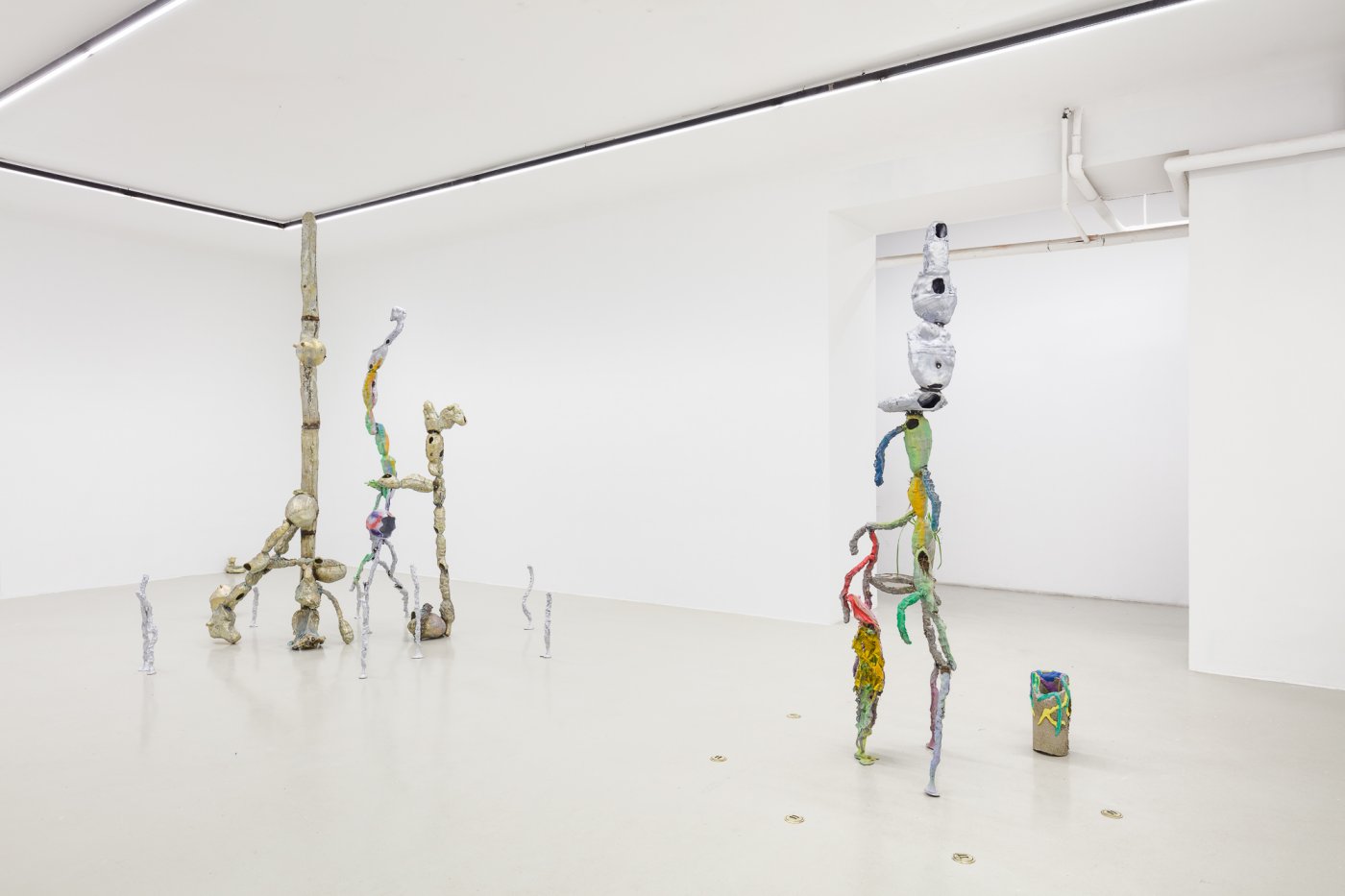 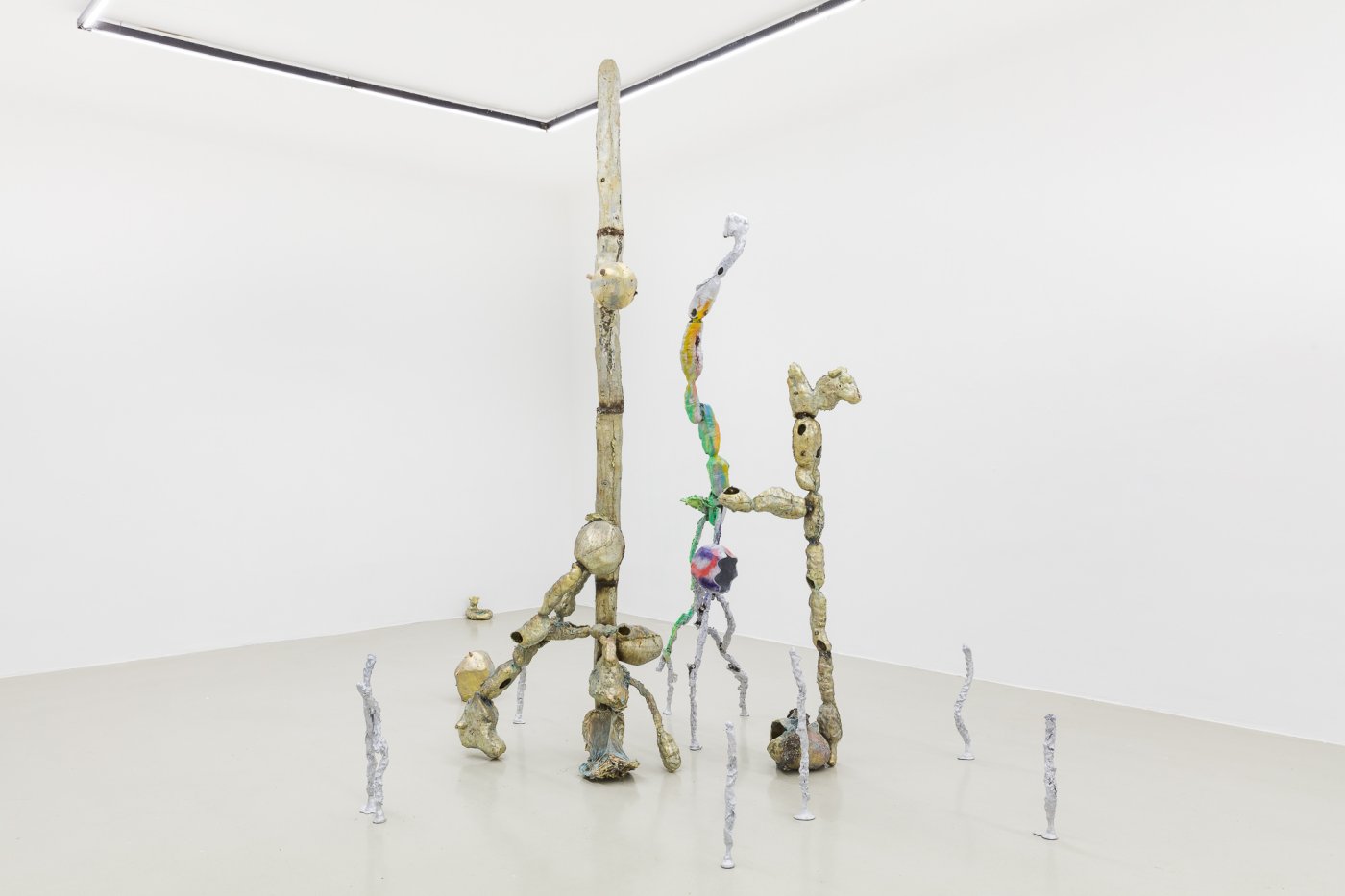 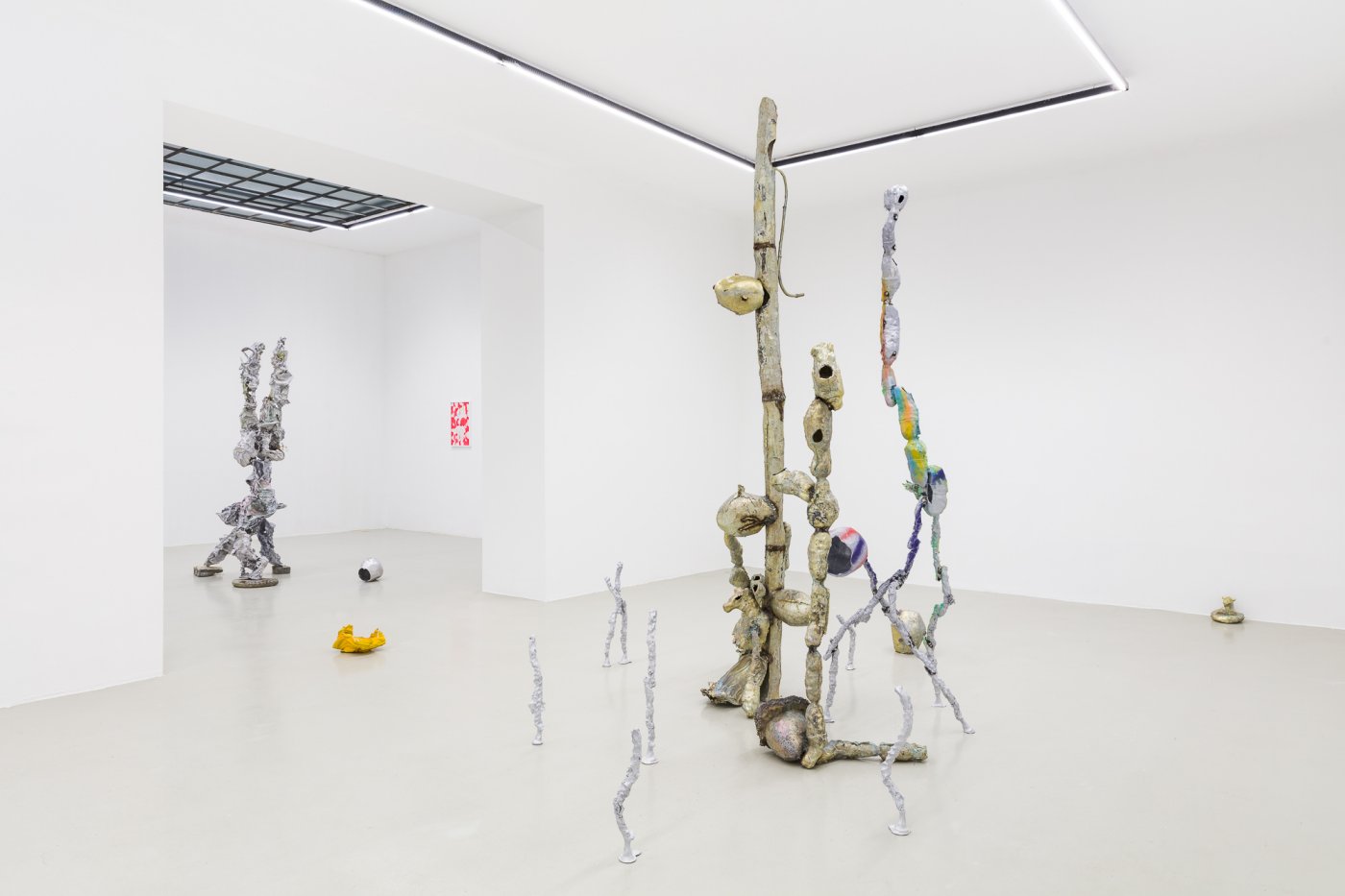 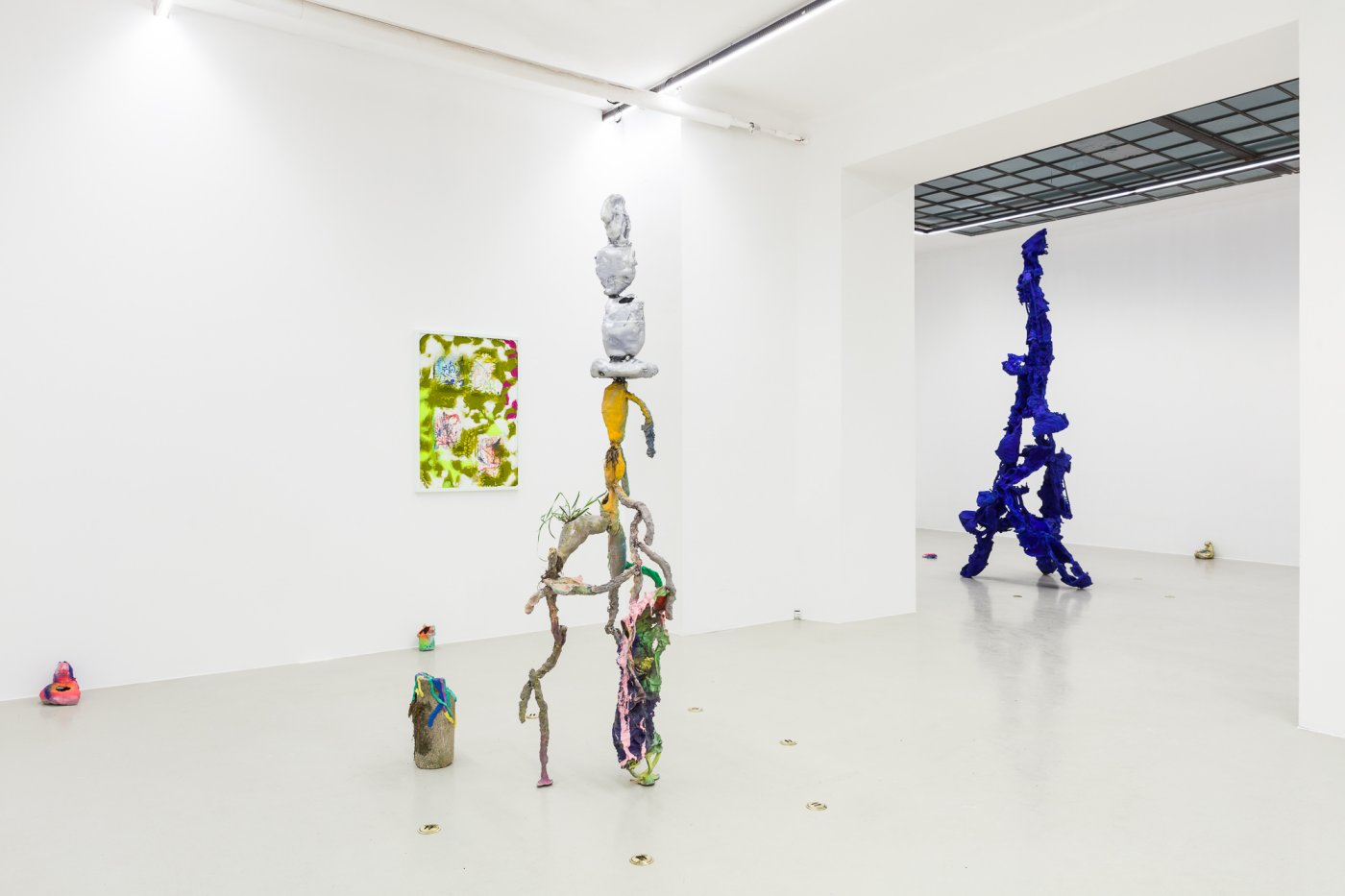 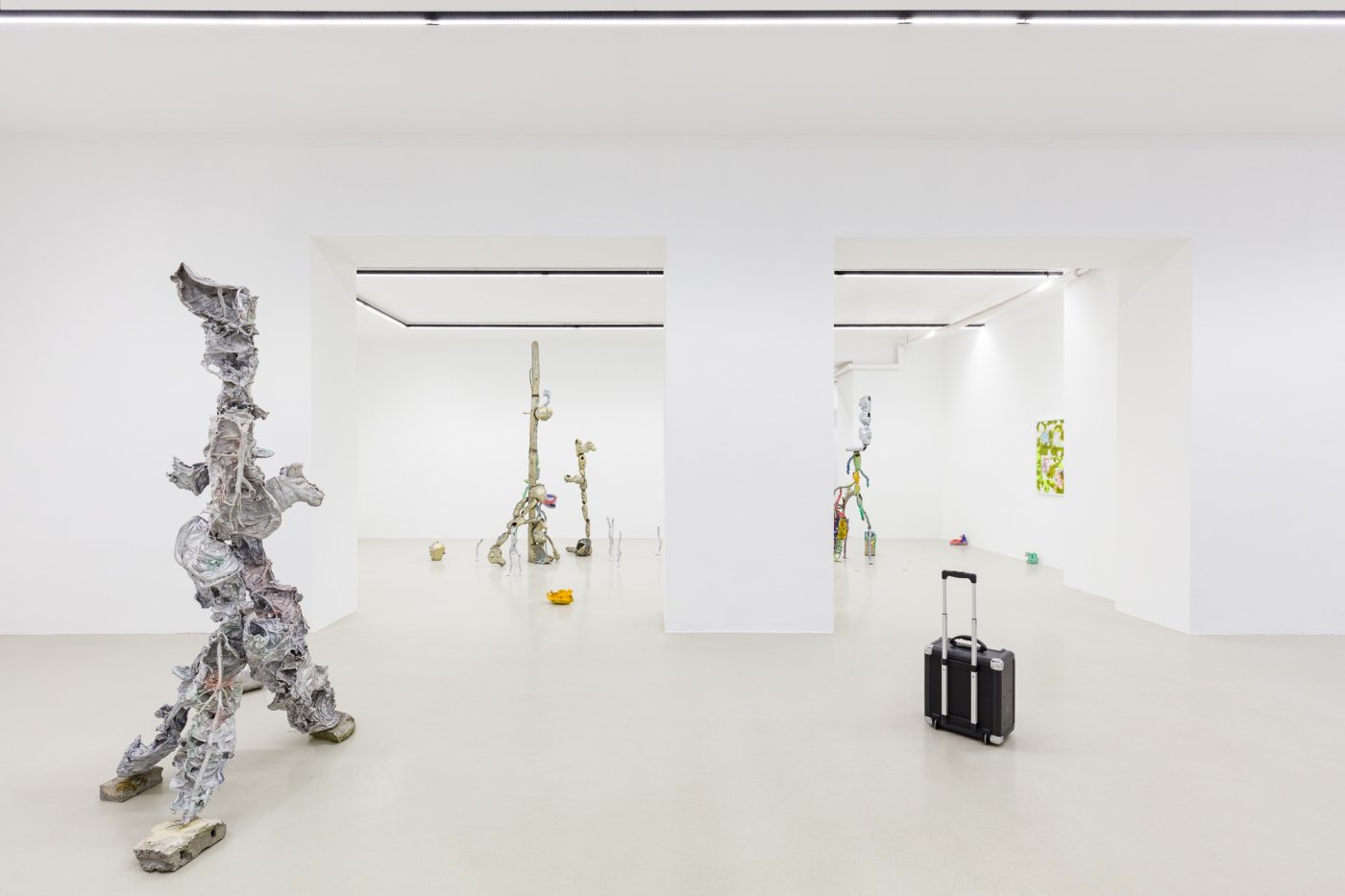 The title of Karl Karner´s new group of works is given by the Bryophyllum (Brutblatt), also called “Goethe’s plant”. The poet, thinker and natural scientist from Weimar sought the divine in this plant and called it, due to its unusual propagation, the „pantheistic” plant. In Karner’s new series, the Brutblatt plants appear in a mythically-inspired, installative setting in which a network of medial and material-technical allusions and references unfolds. A sensorially dense play of confusion unfolds between anthropomorphic aluminum casts, grotesquely overdrawn cephalopods, obscure string people and cartoonish pumpkin-head chimeras, fire bowls and planters in which things grow, wither, burn, smoke and smell. Karner mixes materials and substances, stripped of their former functional frames of meaning, into paradoxical (in)structures of meaning. In the reference to our perpetuating entanglements in those areas of life from which the form and material of his experiments spring, Karner also implicitly suggests a distancing from their reproductions and representations. Products and gestures of ritually manifesting social, economic and ecological cycles are thrown – as vegetable, mineral, chemical, medial fragments – onto aesthetic-cultural object composites and pyres, into exoteric symbolic mass. The tension and potential of Karner’s experimental arrangements are thus also revealed in the fact that they confront us with ostensibly routine practices, gestures, and expectations with which we encounter one another and our politically oversaturated, ecologically overburdened, and mediatized environments – and encourage us to question them. Karner invites to walk a borderline that questions assumed dichotomies and oppositions and lines of demarcation between sculpture and biological experimental setup, object and audience. He breaks with expectations, traditional patterns of reception and behavior, and questions the role and concept of (extended social) sculpture as much as that of sculpture itself. Excerpt from „Flach auf guten Grund gelegt, merke wie es Wurzel schlägt!“ by Valentin Häckl

Courtesy of the artist and Galerie Kandlhofer, Vienna