MASSIMODECARLO presents Somnambulist, the first exhibition in the UK by the American artist Karin Gulbran and her second with the gallery. 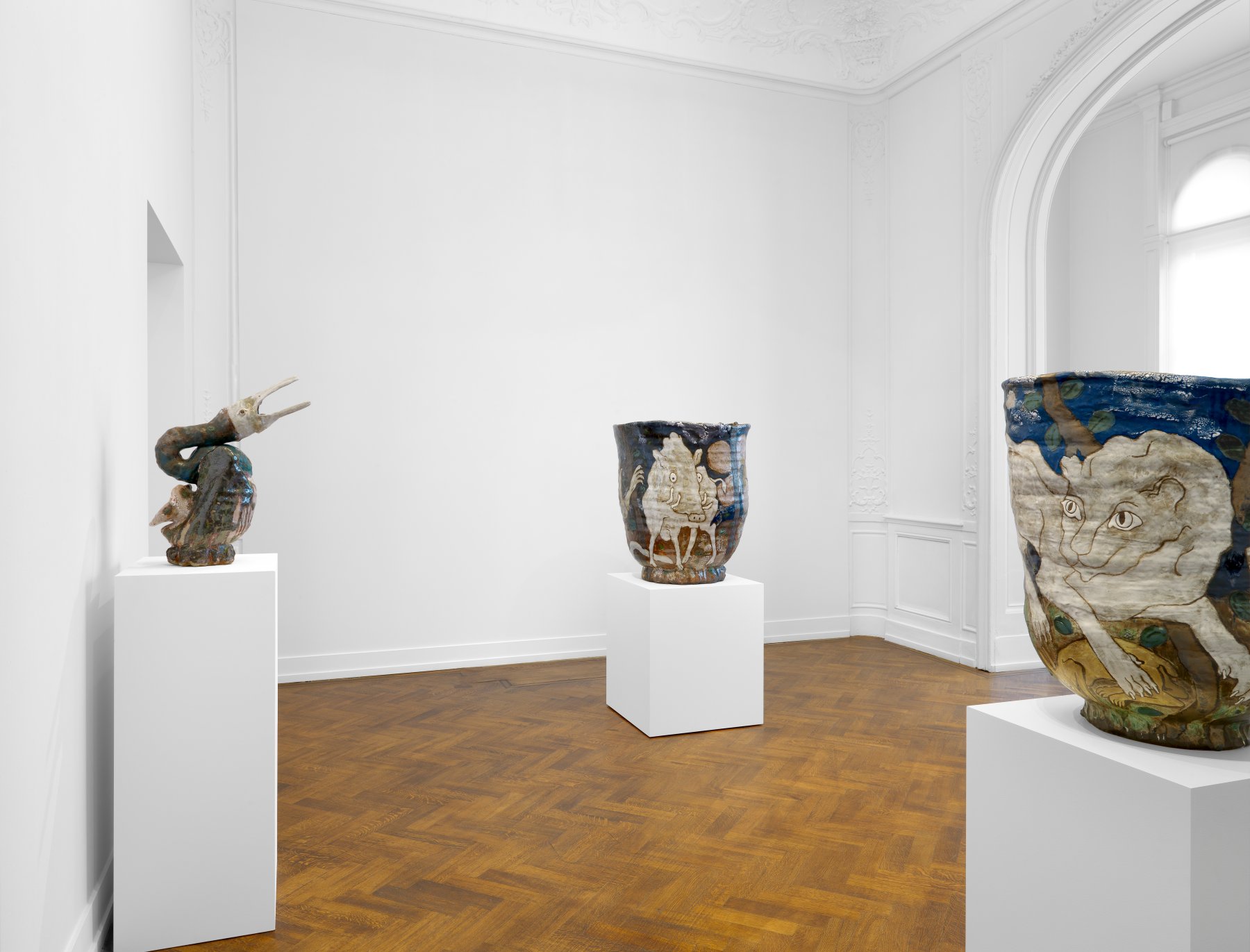 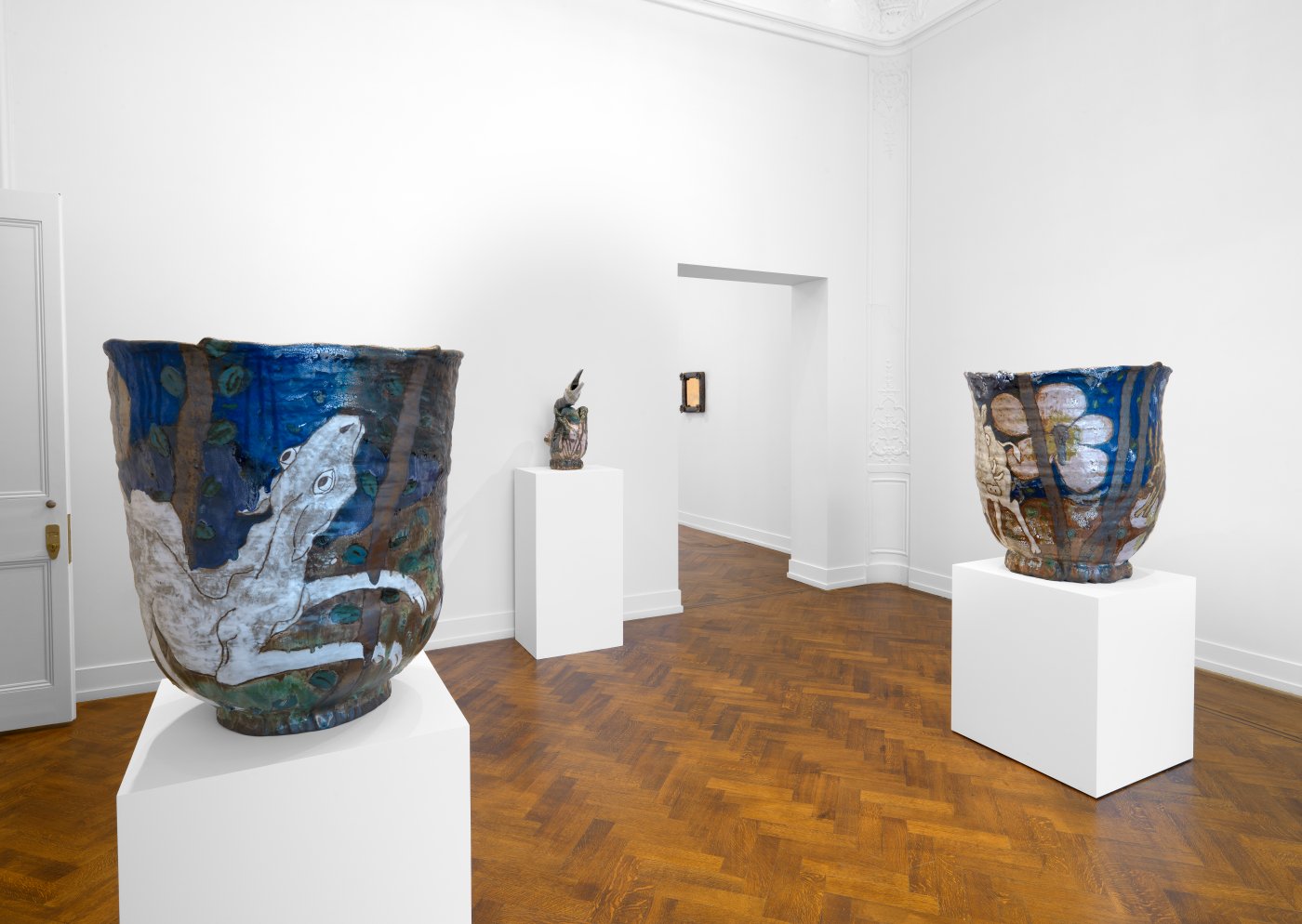 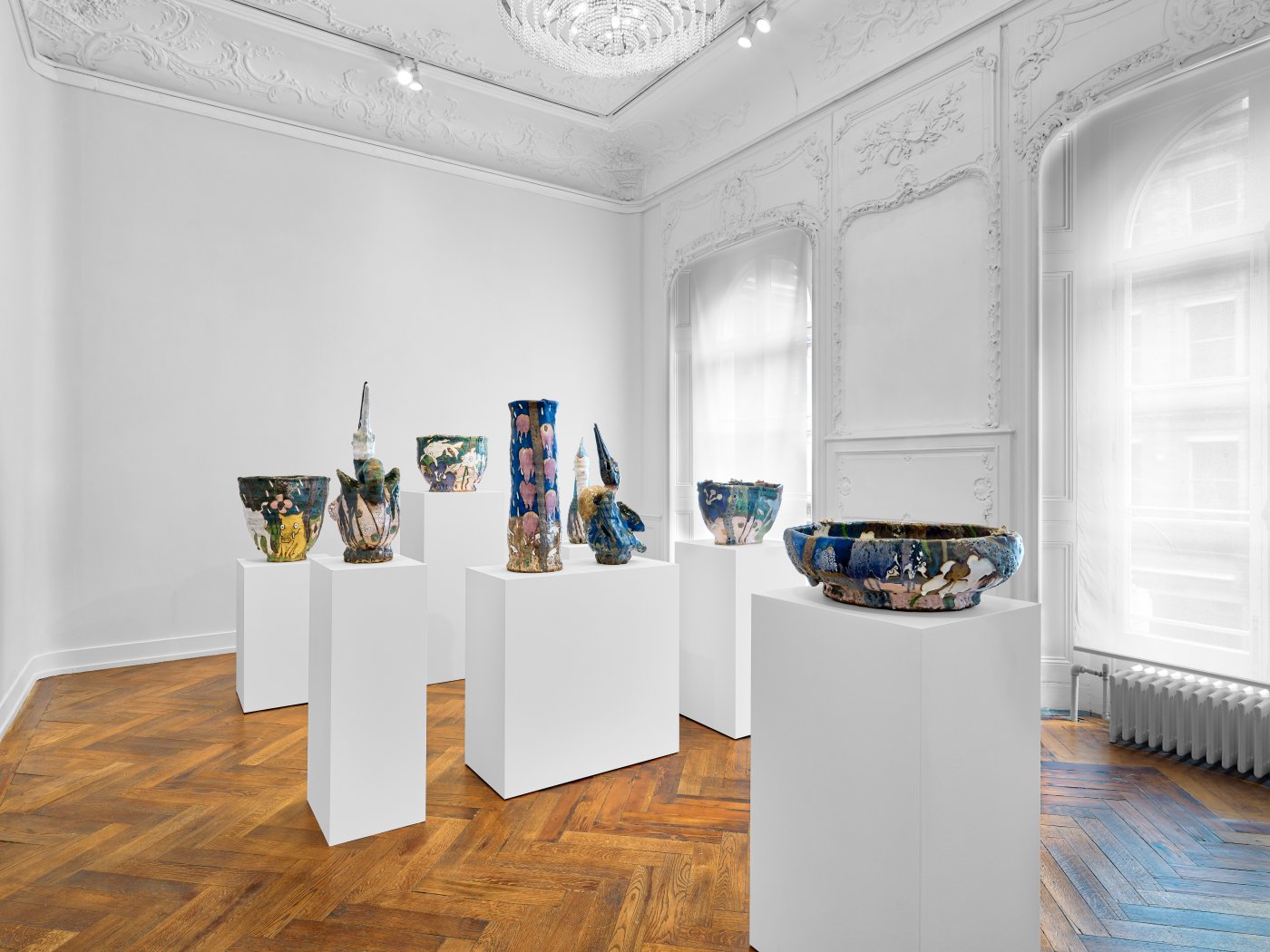 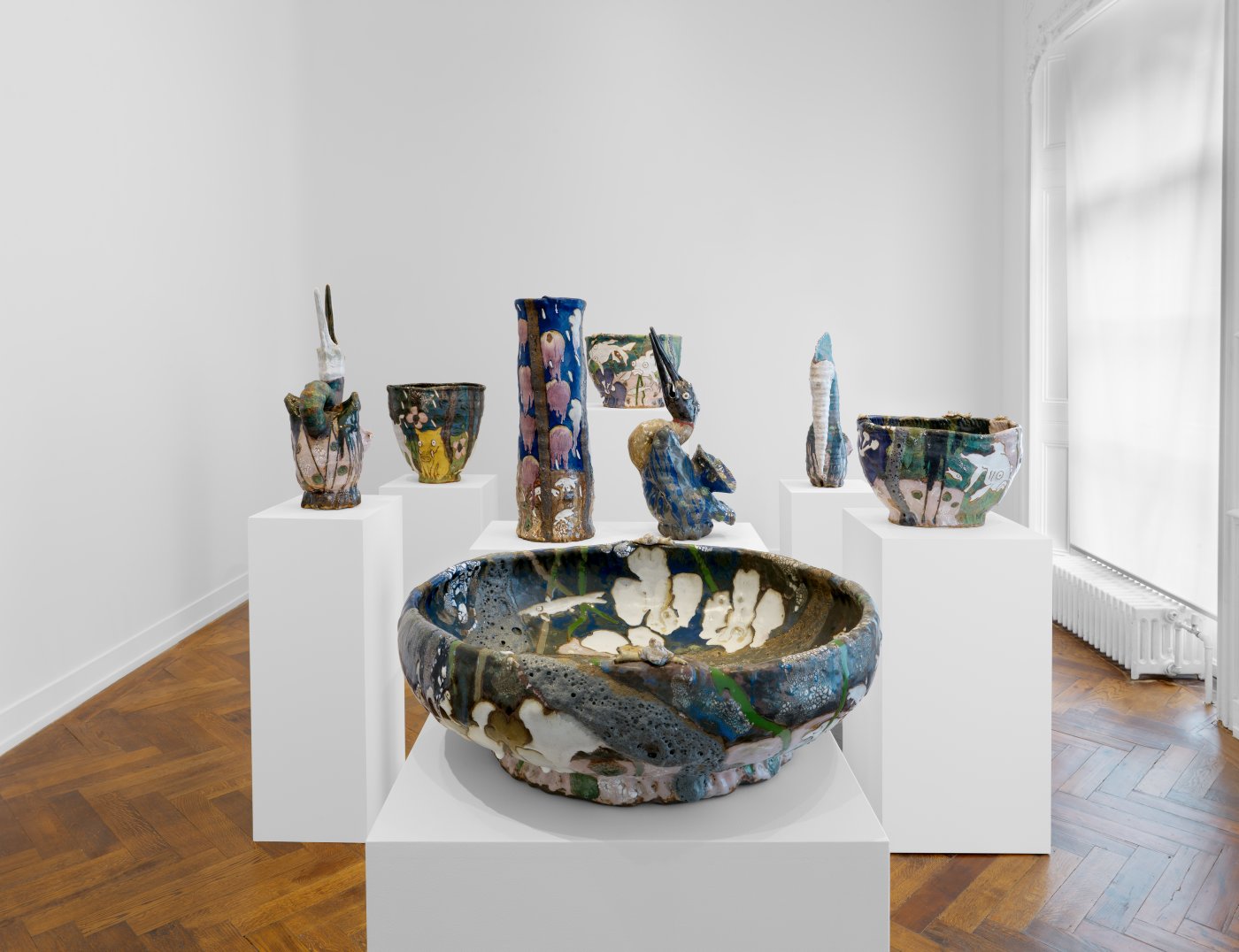 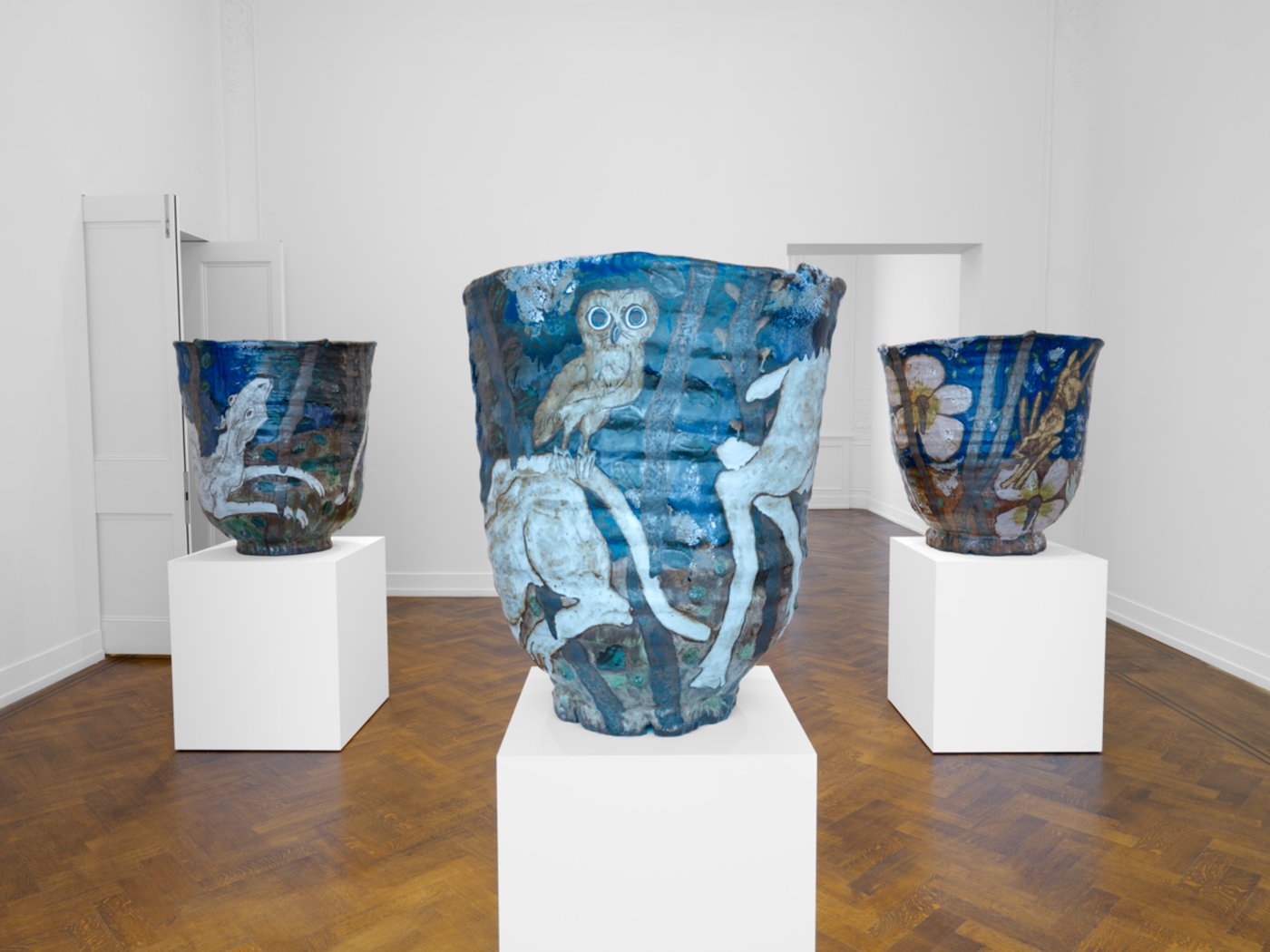 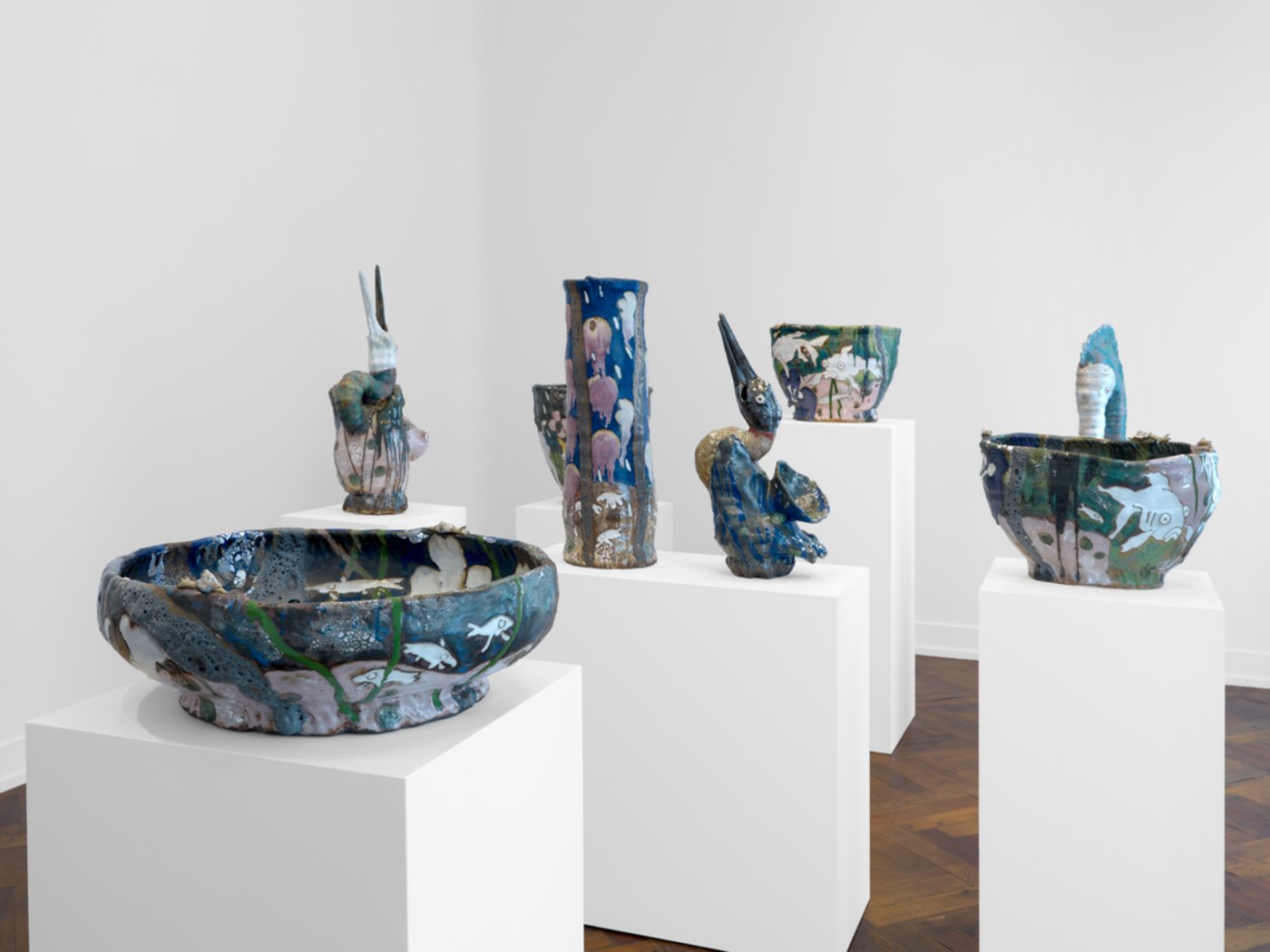 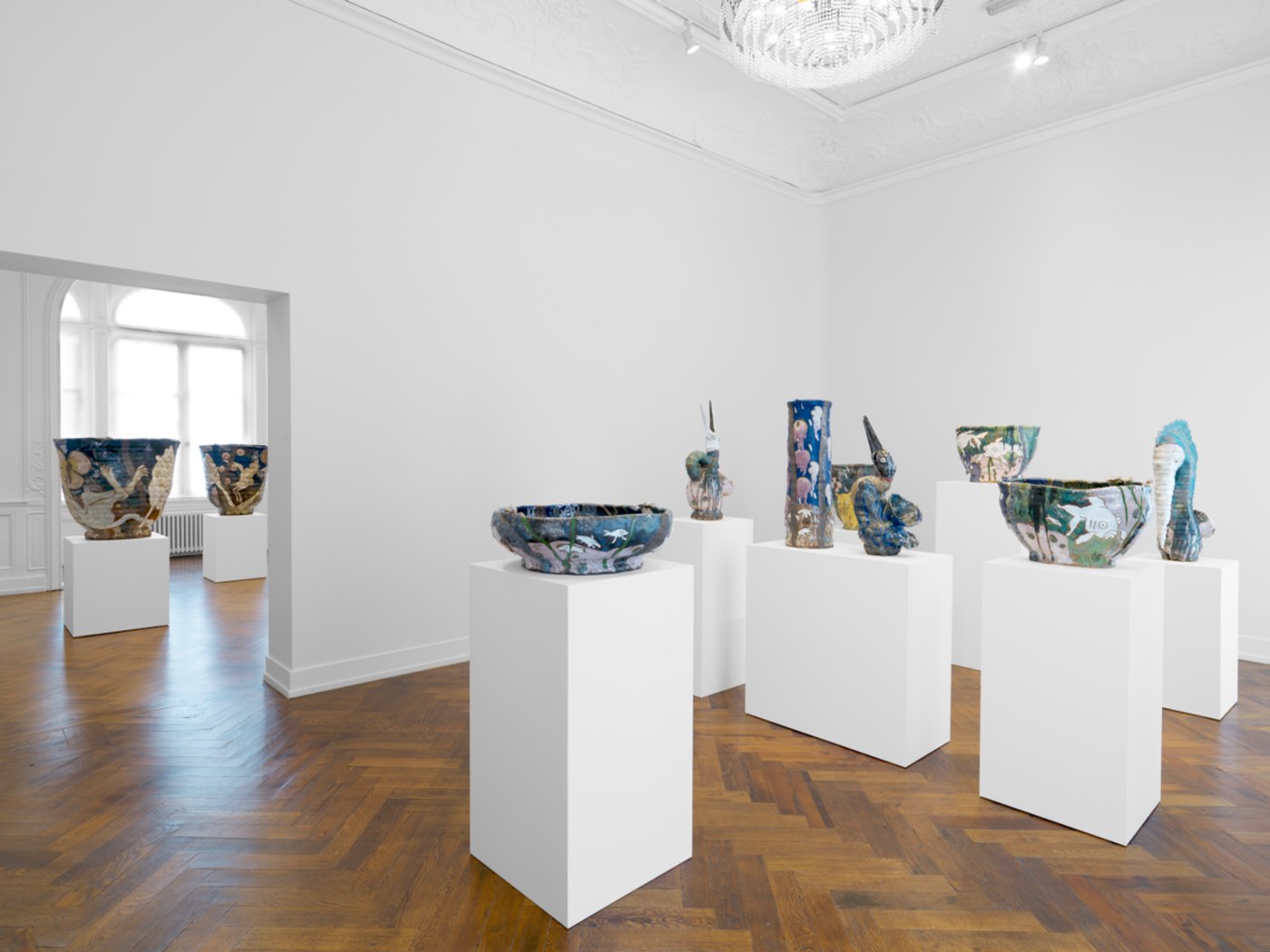 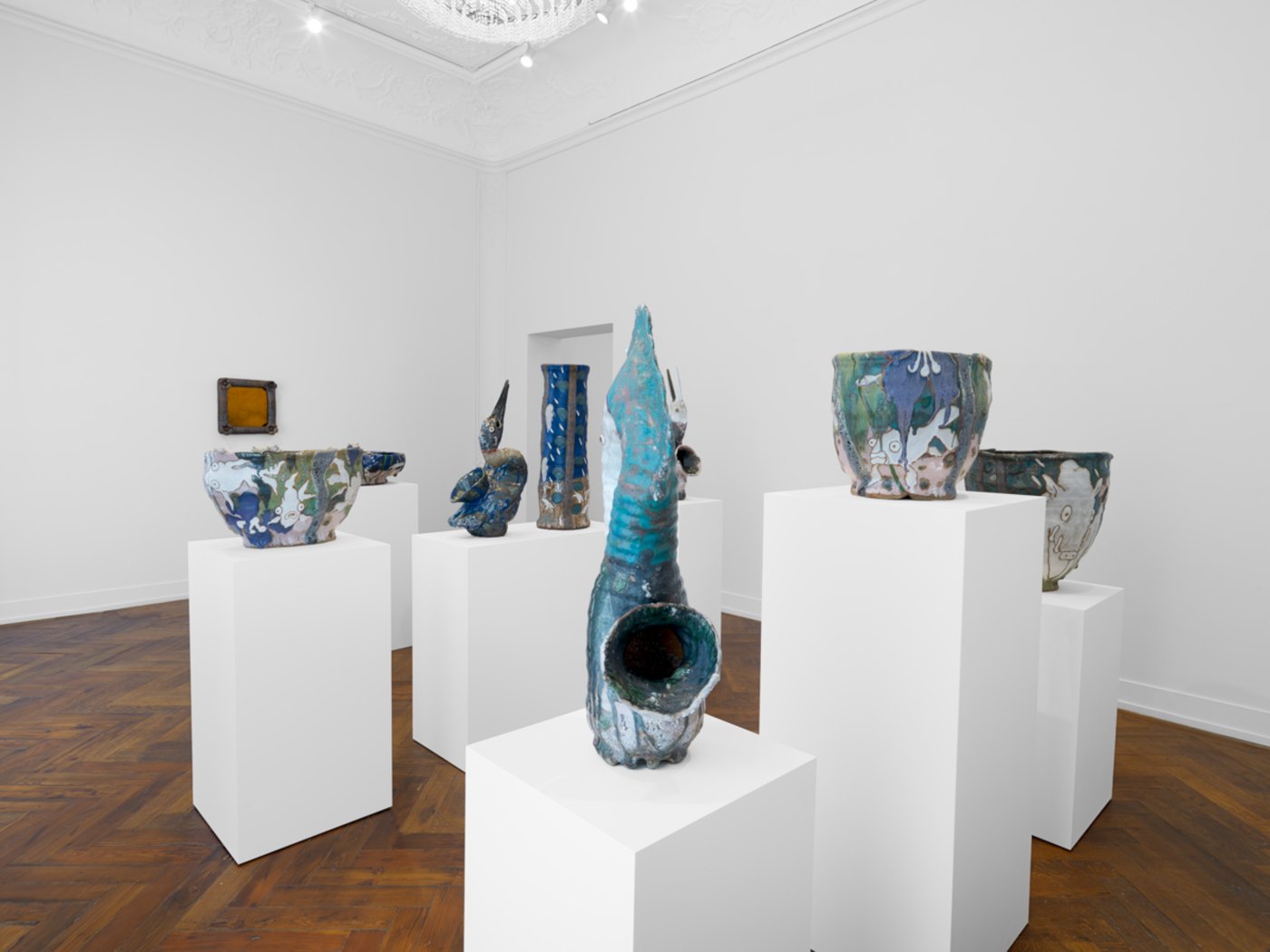 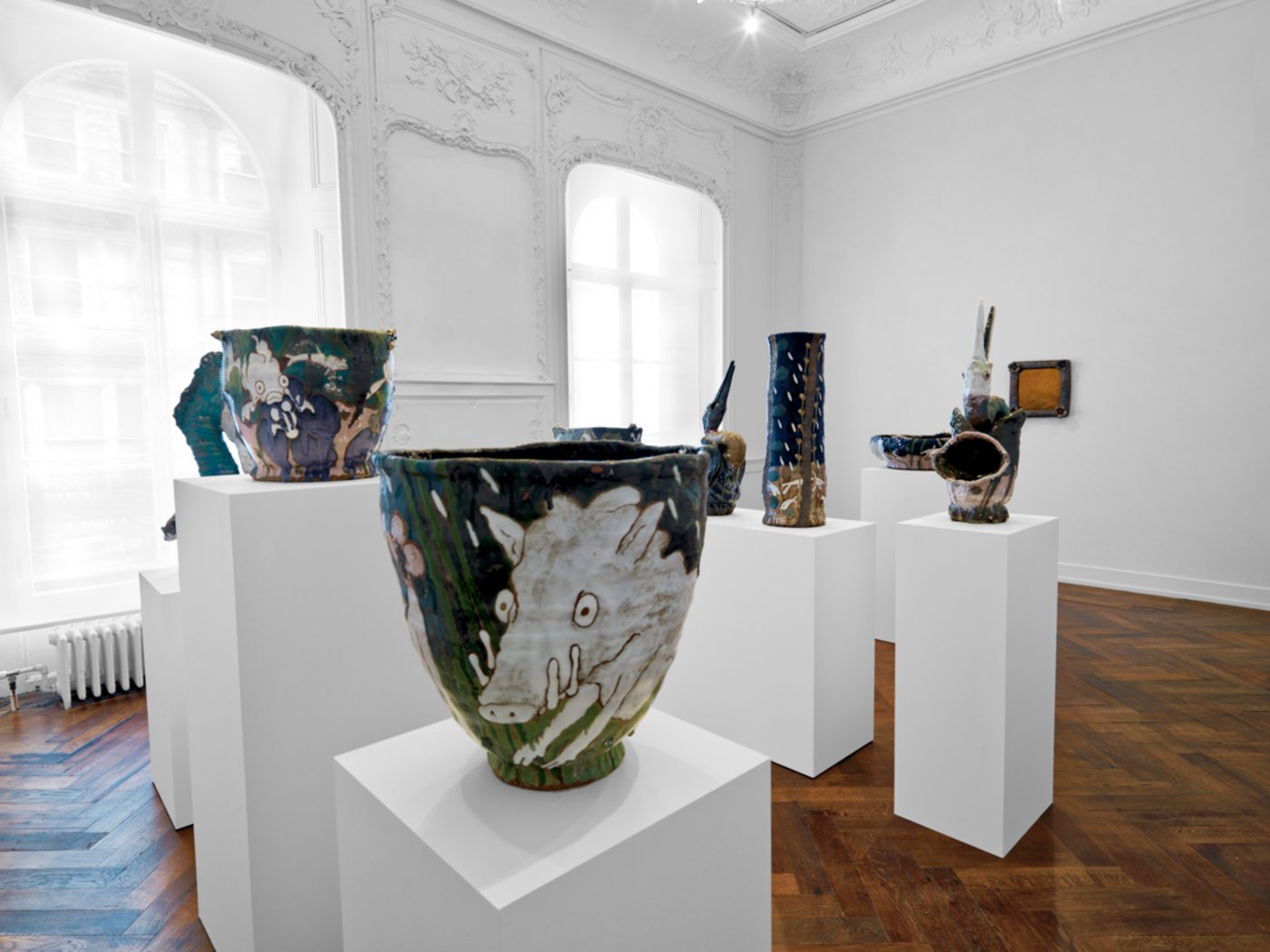 Karin Gulbran, initially trained as a painter, turned her interests towards ceramics during the early stages of her career. Seamlessly shifting from two to three dimensions, her works reveal fantastic and figurative scenes on hand-built pots and vases, that feature wide-eyed creatures, lush nature, and inhabited waters. Gulbran’s expressive beasts and creatures crawl around the edges of the works, the artist’s hand navigating the bumps and hollows of the surface with an ease that demonstrates her ability as a painter.

The artworks in Somnambulist evoke a landscape of water and woods. The theme of the Somnambulist has interested the artist for a long time, inspired by the tradition of late nineteenth century European Symbolist painting. To Gulbran, Somnambulism is a metaphor for the intuitive and liminal spaces of artmaking, and perhaps could be embodied by the viewer as one moves among the works. Big Pelican (2021) personifies the somnambulist as a silent, vertical figural sculpture that appears shy, drifting and dream-like.

Gulbran’s work draws the viewer into the artist’s personal lexicon, a collection that has developed through the creative studio process. The motifs, often repeated, are thematically centered on plants, animals and nature but without a literal representation or didactic interpretation.

Among the works in the exhibition are Budding Branches, Weeping (2021) , a subtle pot depicting branches in various stages of bloom. This piece quietly sets the scene, representing the cycle of seasonal transformation in the ideal landscape of Gulbran’s creation. The Singing Birds series of sculptures characterized by an articulated neck and an open upward pointing beak, are expressions of joy and melancholy. The animal pots depict scenes of frolicking, chasing and foraging creatures, a fantasy of life outside of human intervention. The Fishbowl works are aquatic scenes inspired by Matisse’s fishbowl paintings. Literally a play on words, these bowls toy with the representation of transparency in an opaque material.

The three largest vessels on view are the first pieces made by the artist at this scale, maximizing the capacity of her gas kiln. The larger size gave space for new animals resembling moose or deer. Drawing directly on the pots, spontaneously, Gulbran prioritizes the gestural quality and emotional evocativeness of the creatures’ form.

Feeling is conveyed within Karin Gulbran’s oeuvre through the use of sensual glazed surfaces, alternately smooth and rough, matte and glossy. These are applied to the undulating contours of the pots, making painterly silhouettes against the imagery of nature that surrounds them. Somnambulist gives an insight into the artist’s metaphorical practice, allowing an immersive experience into a visionary world.