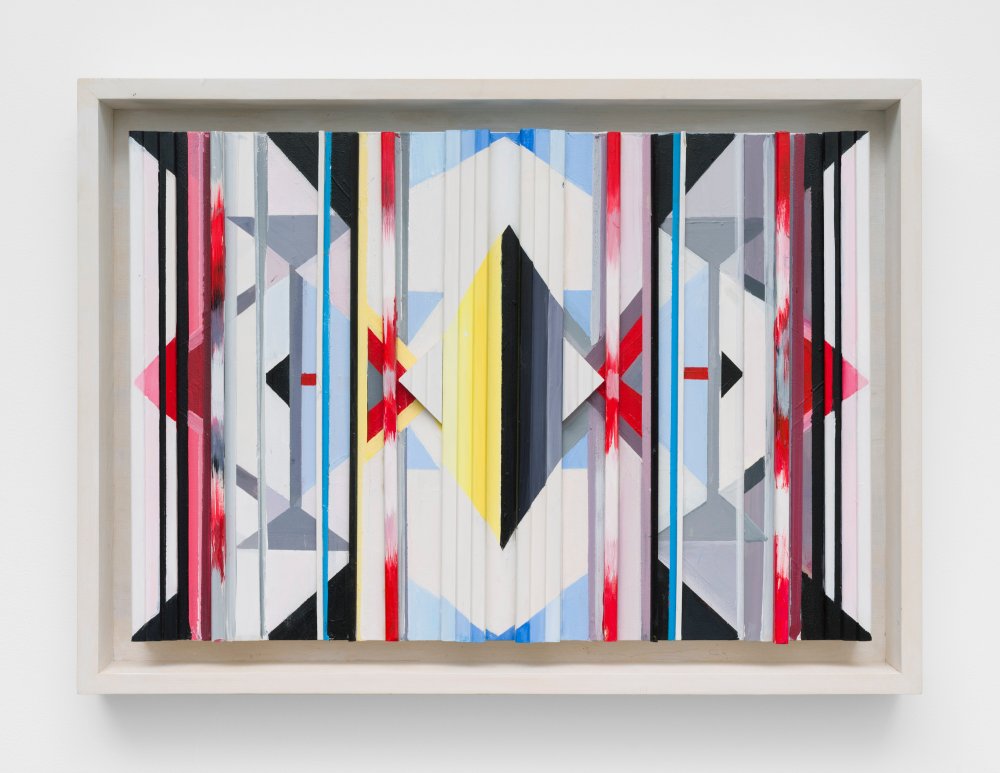 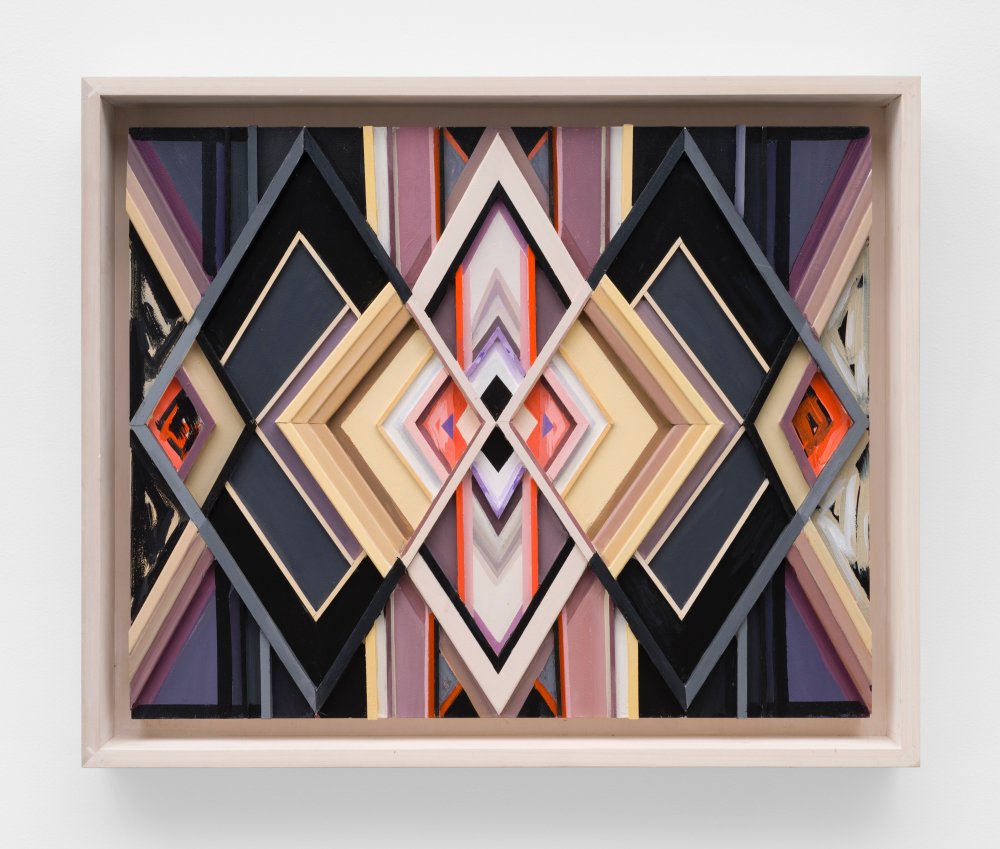 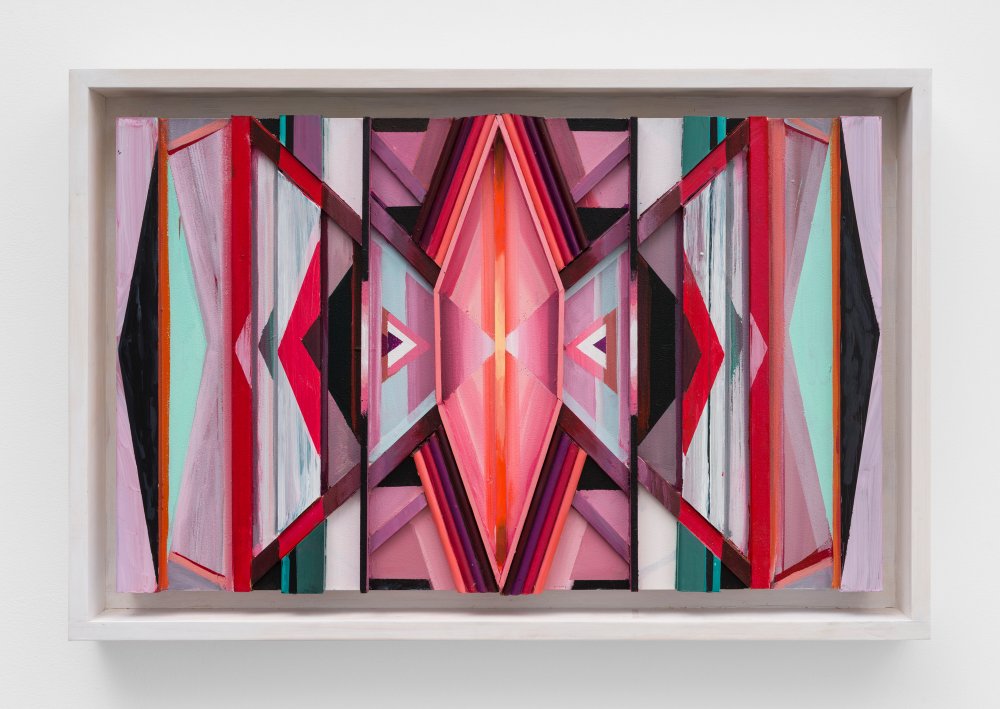 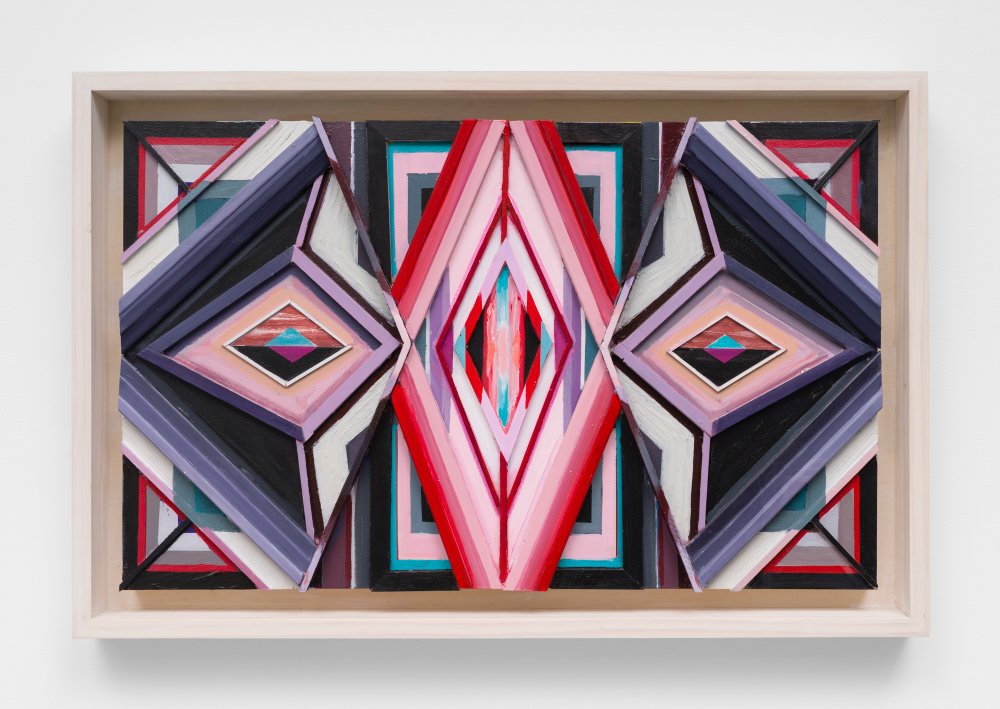 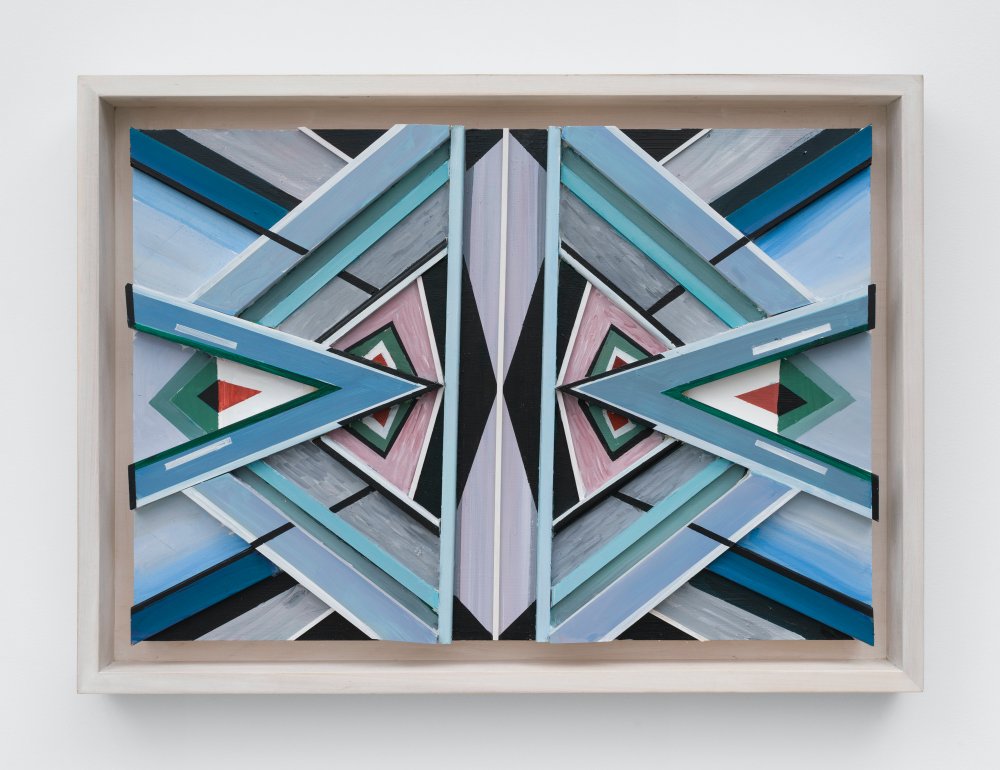 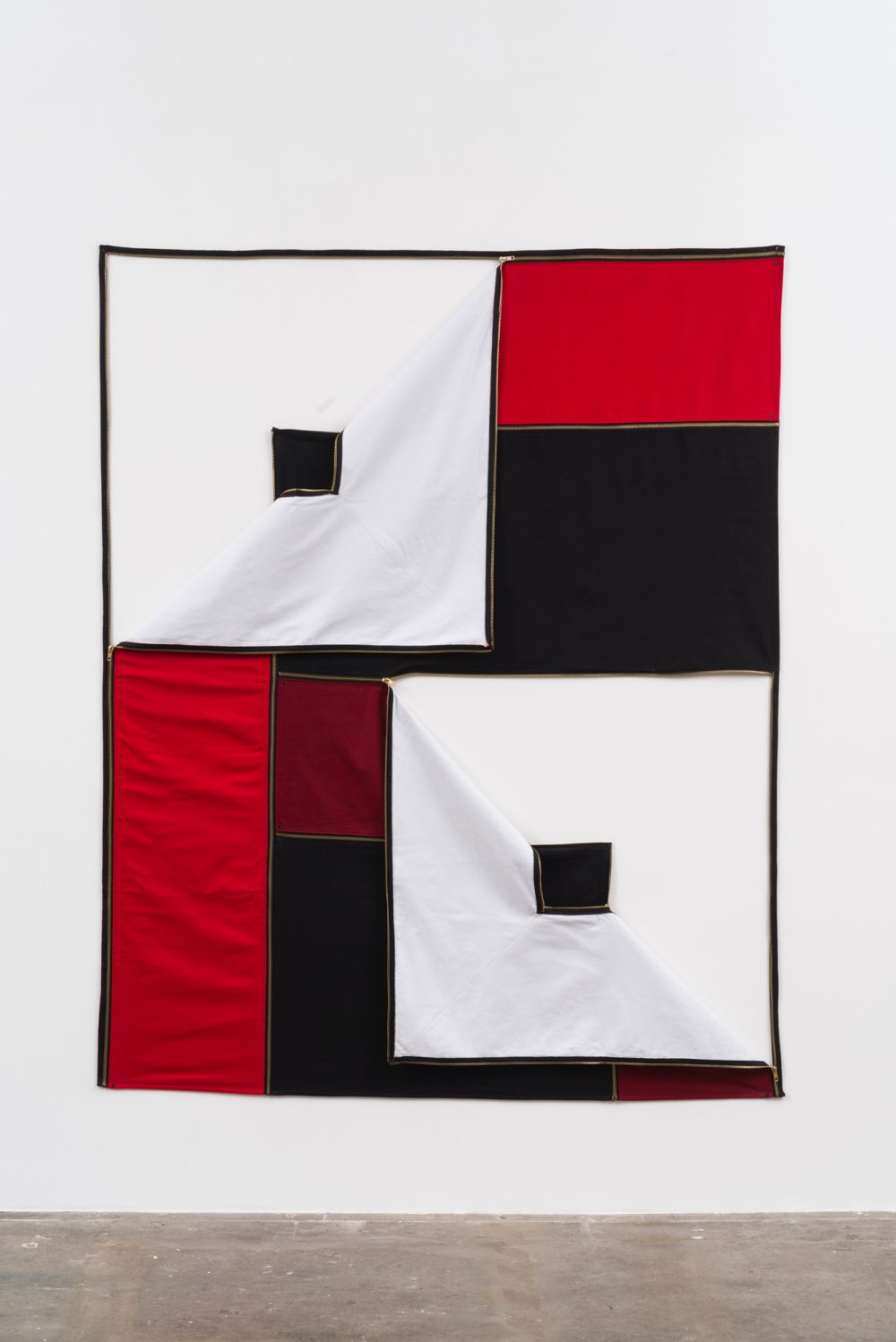 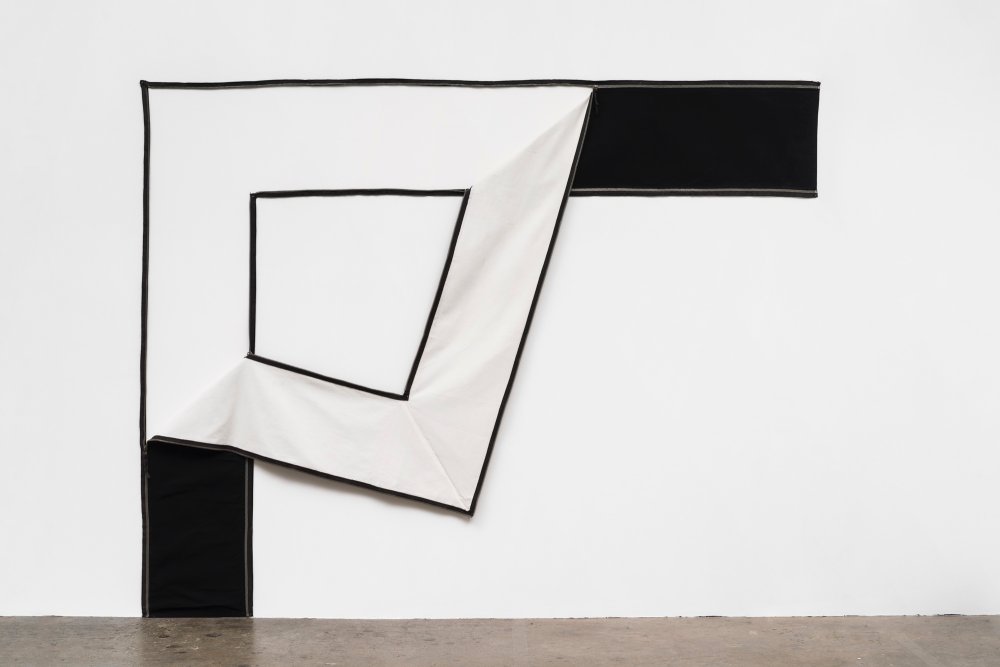 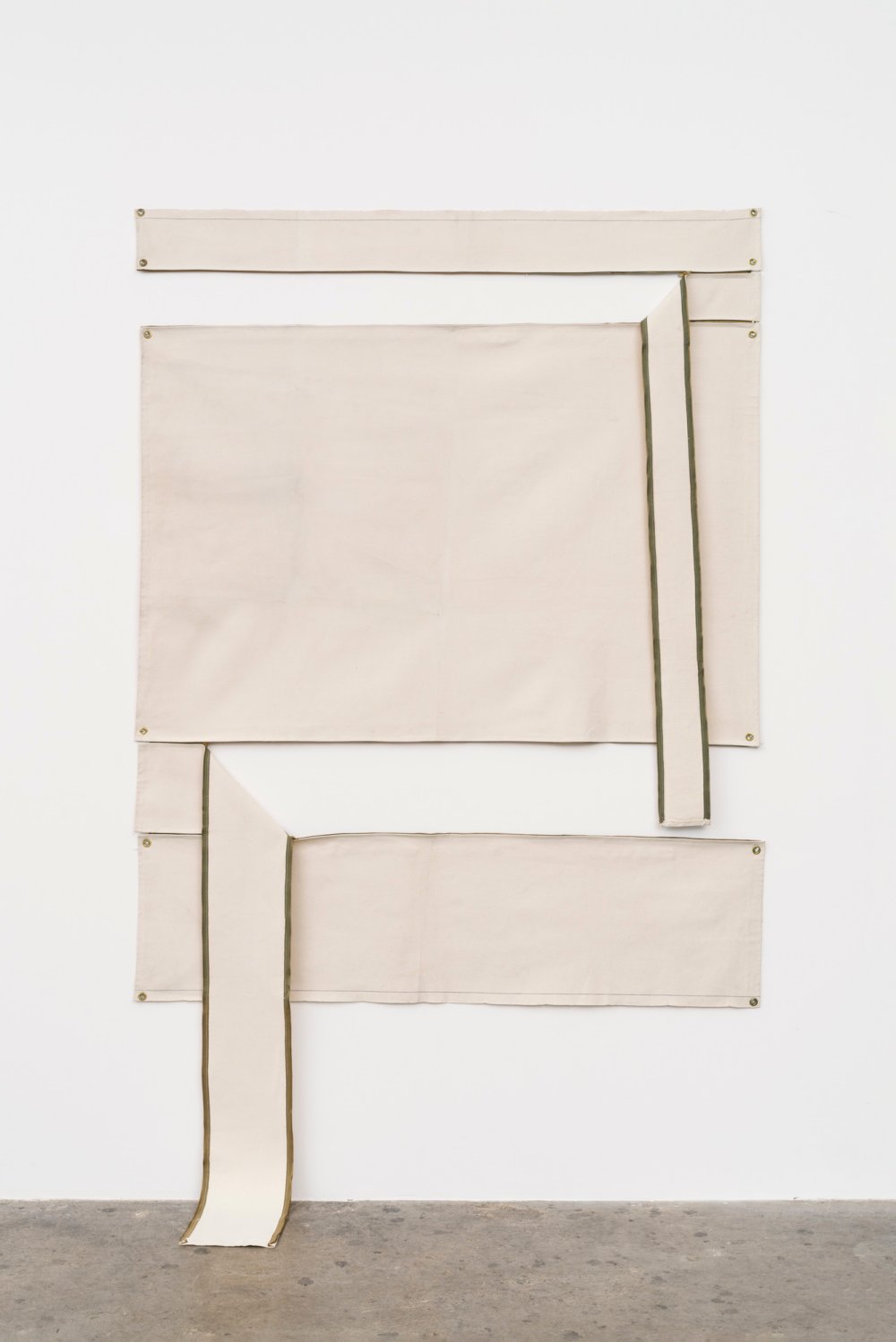 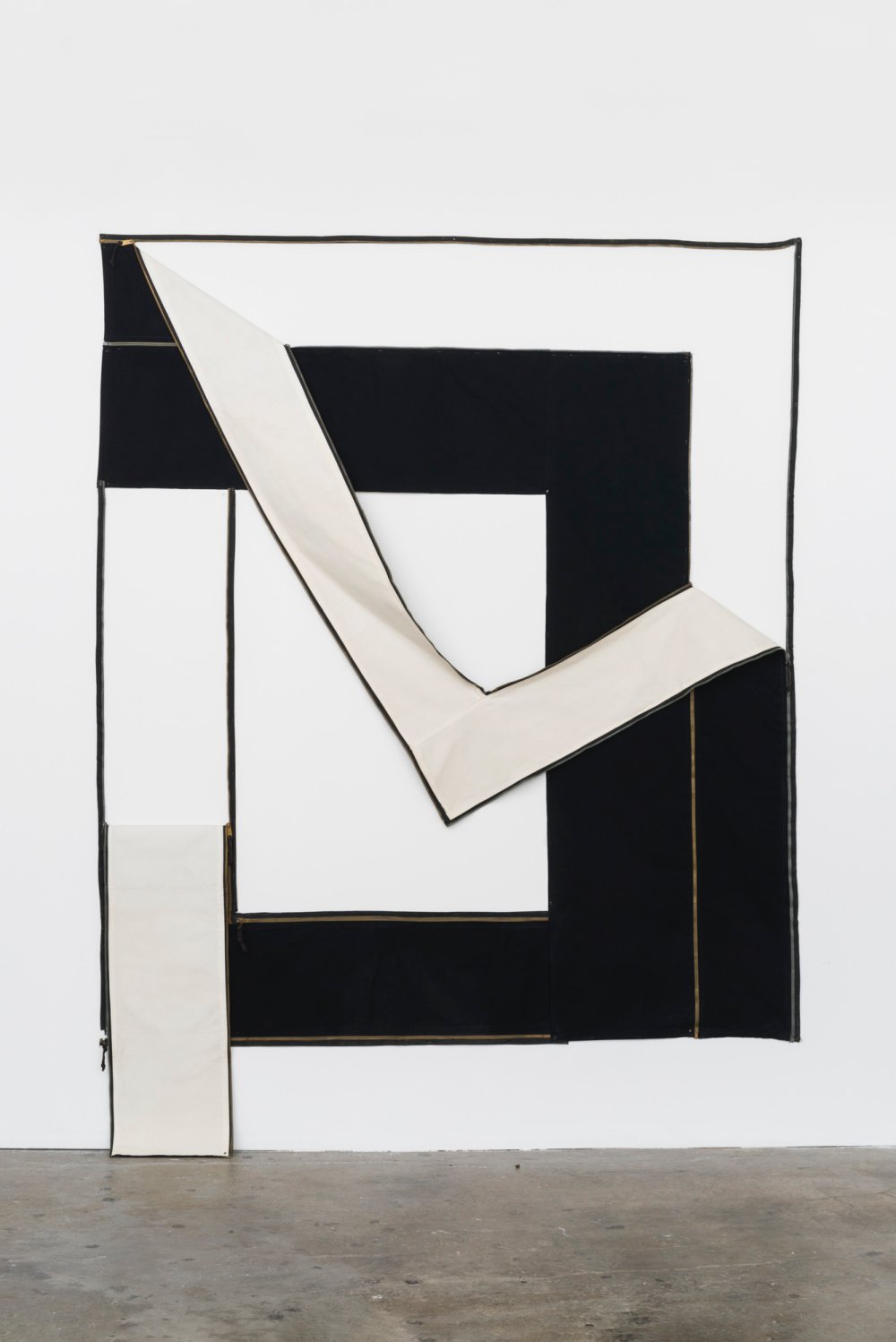 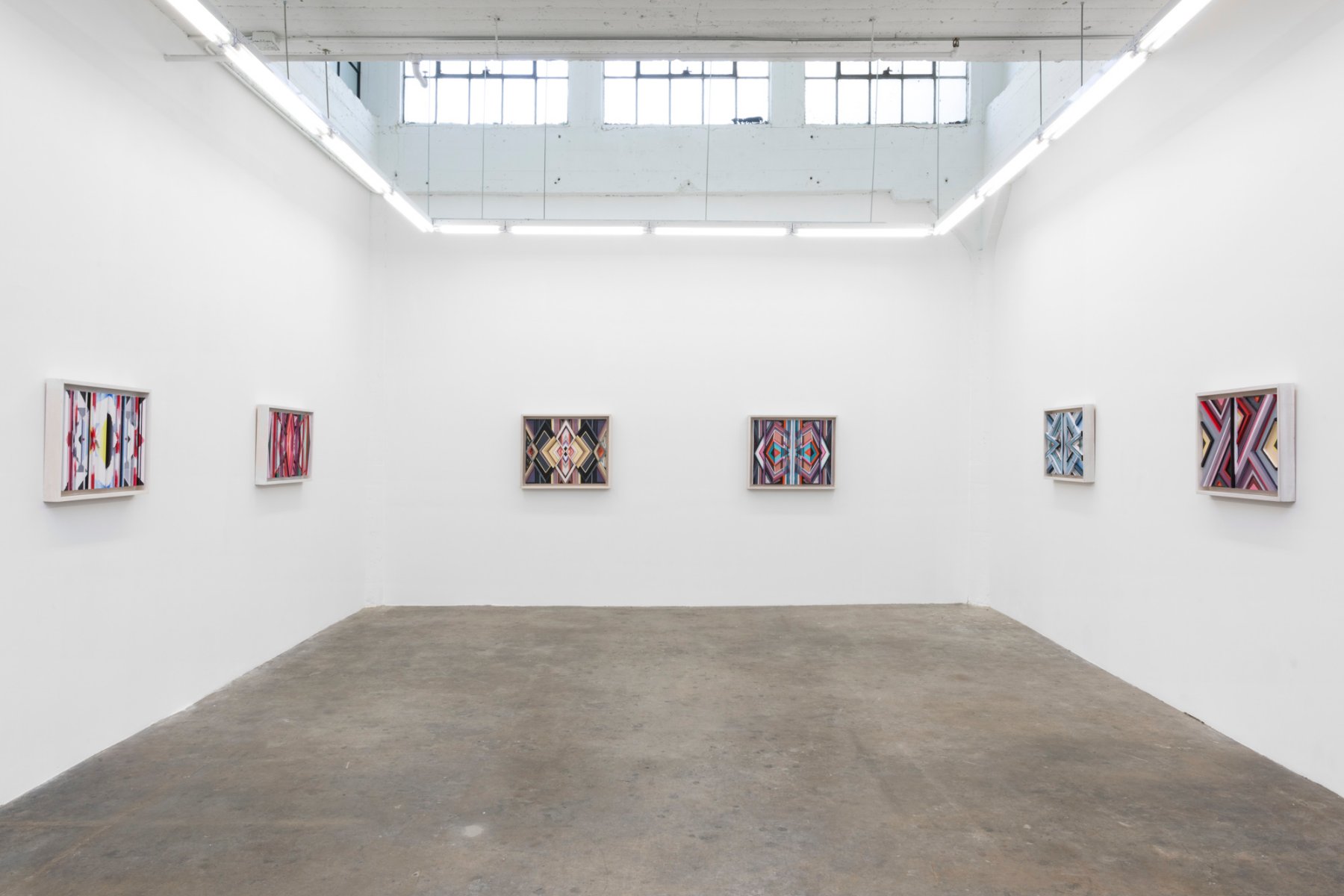 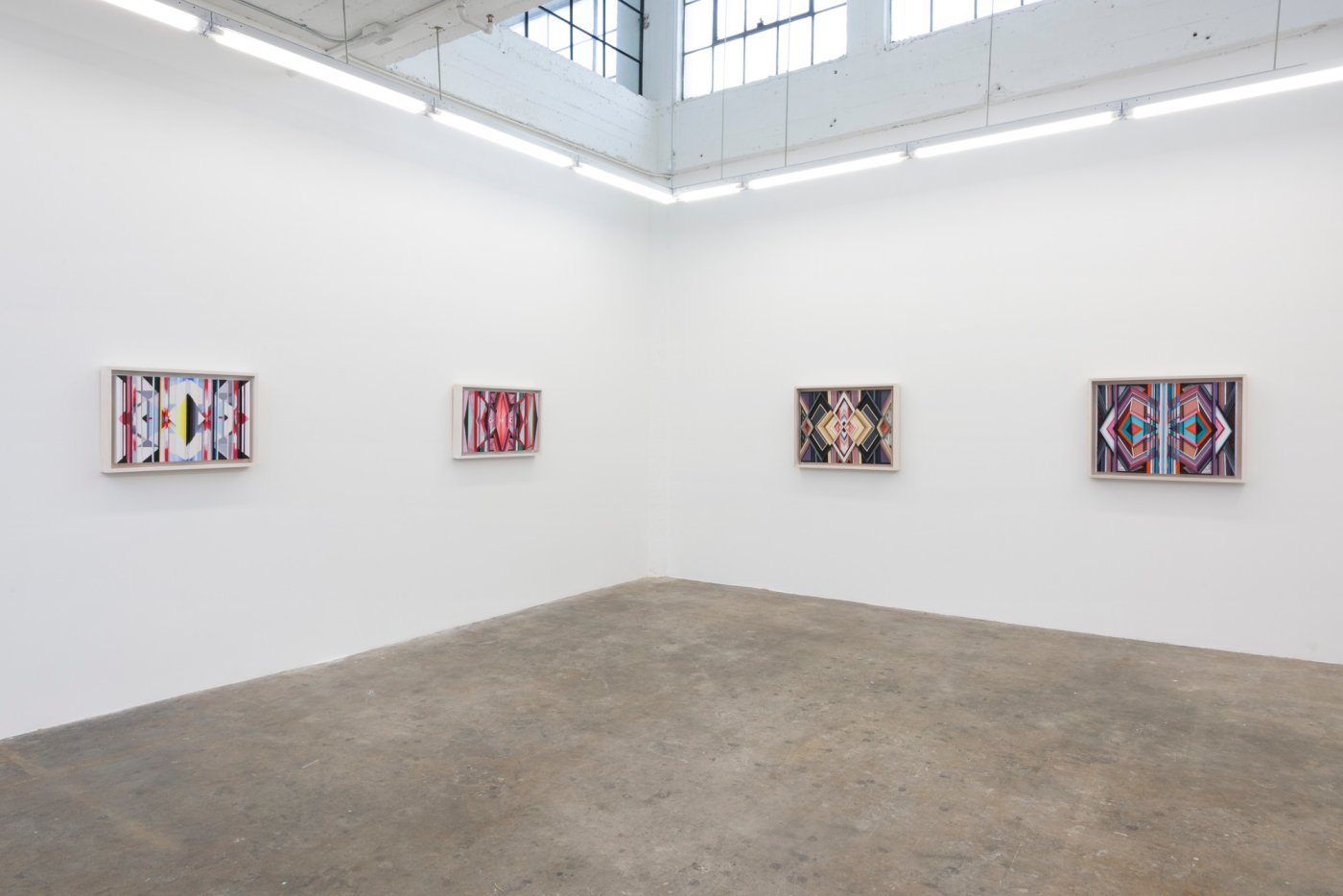 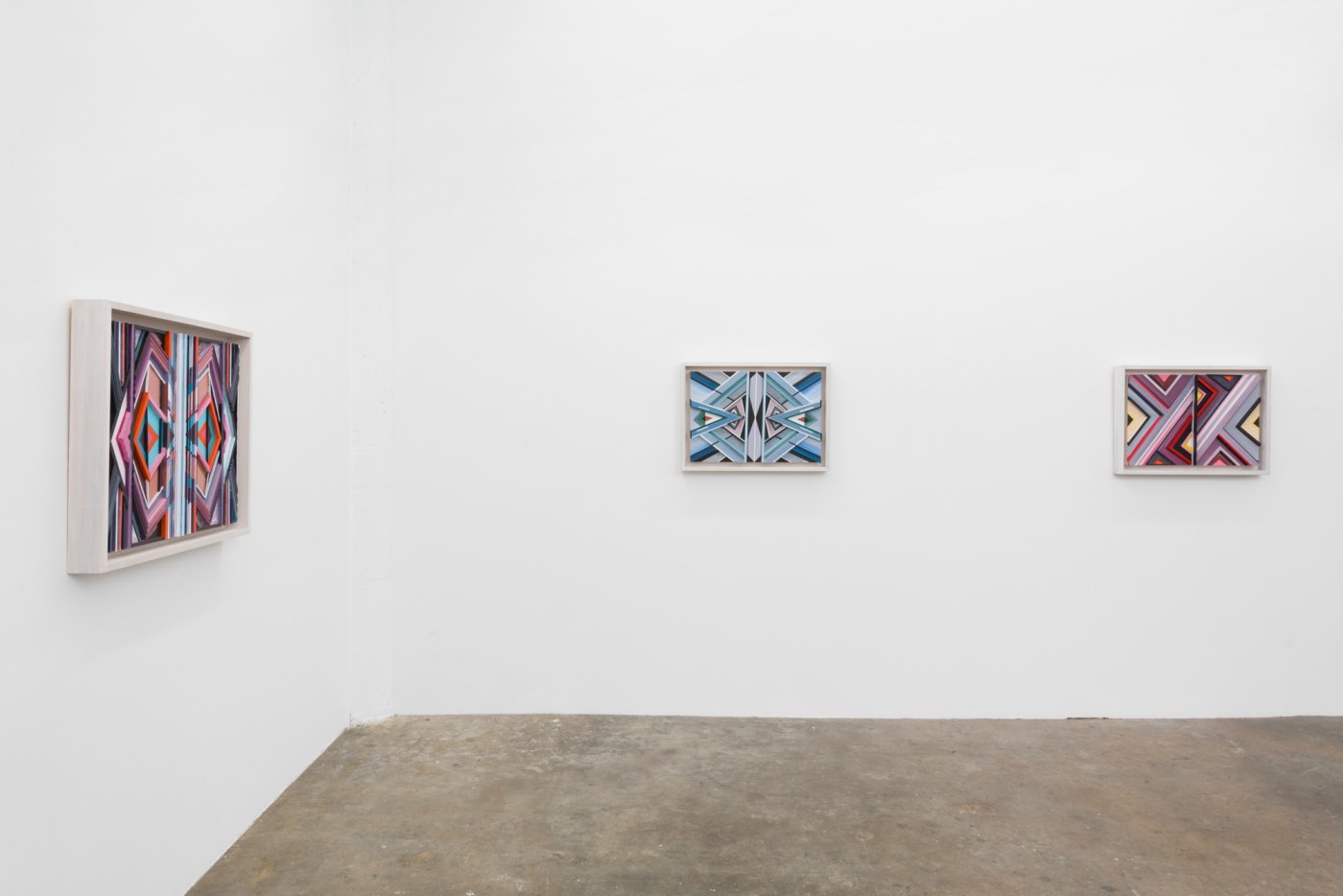 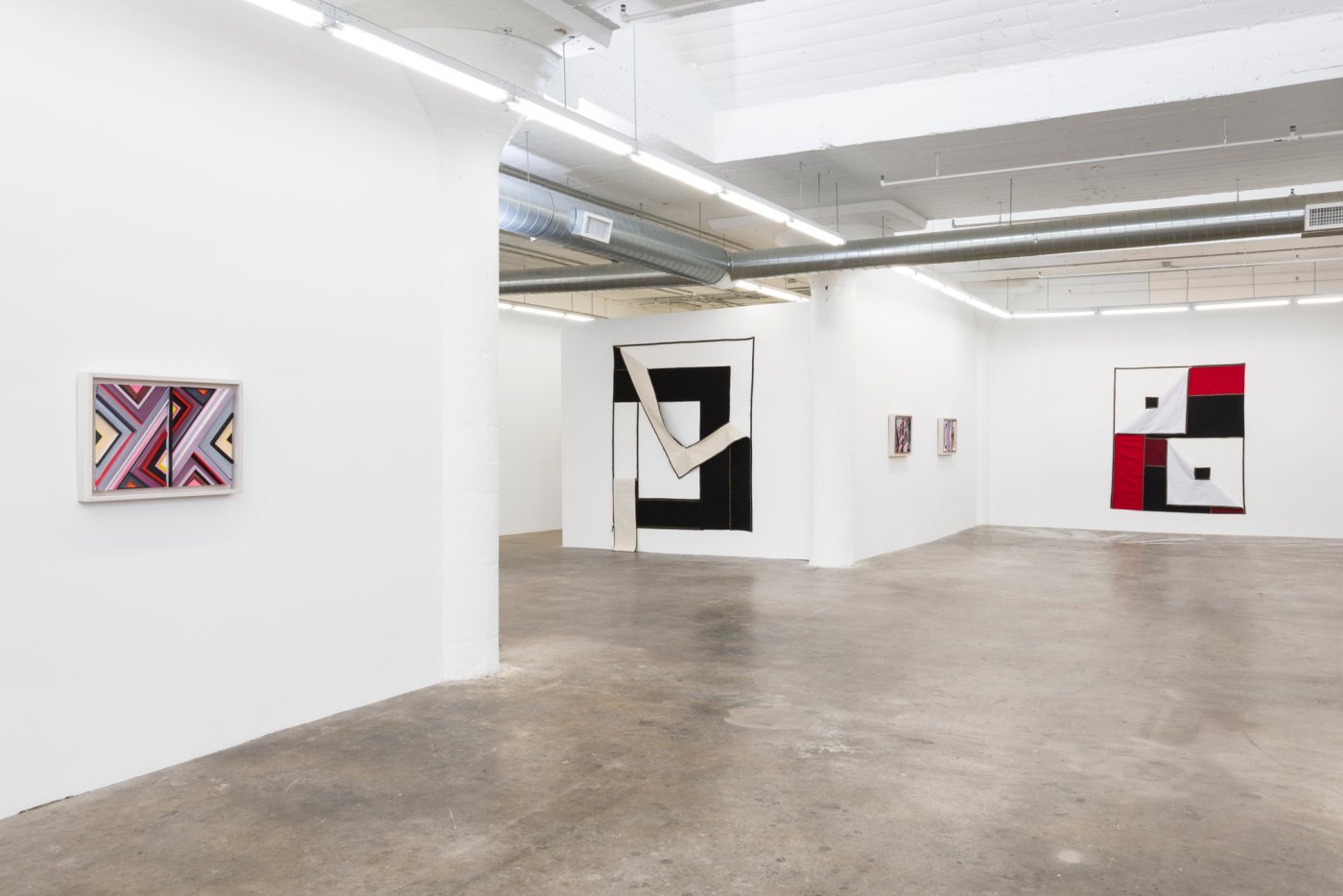 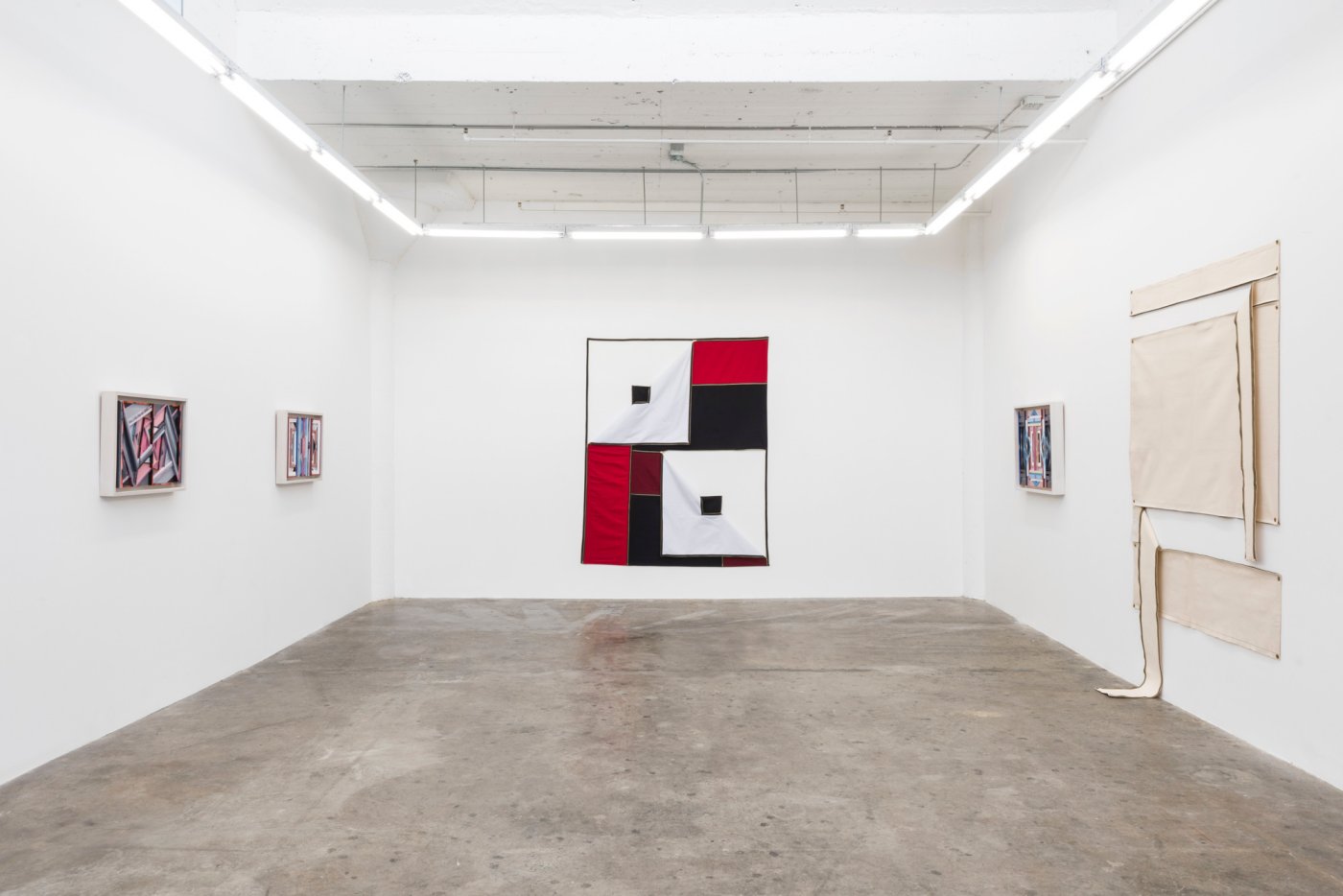 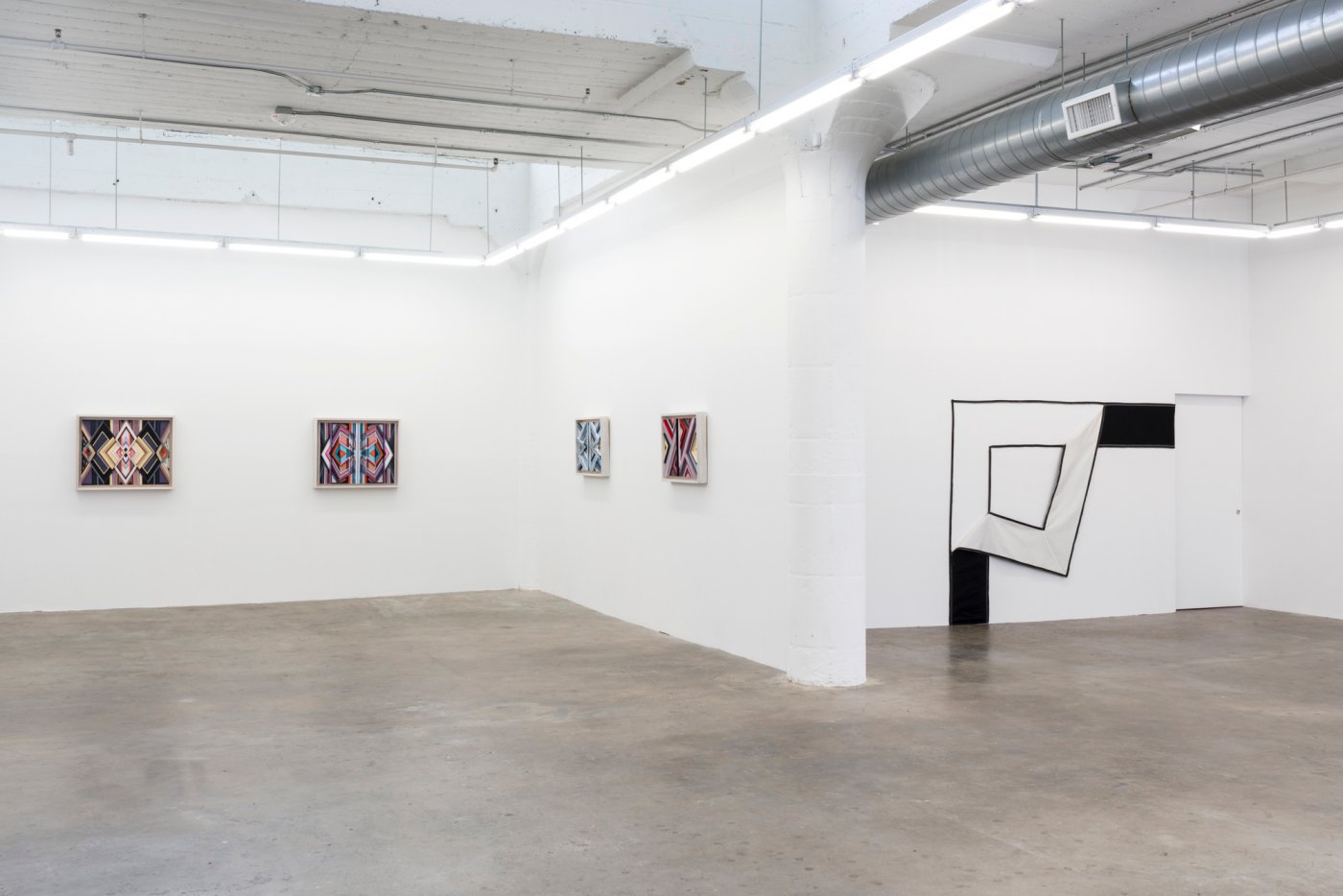 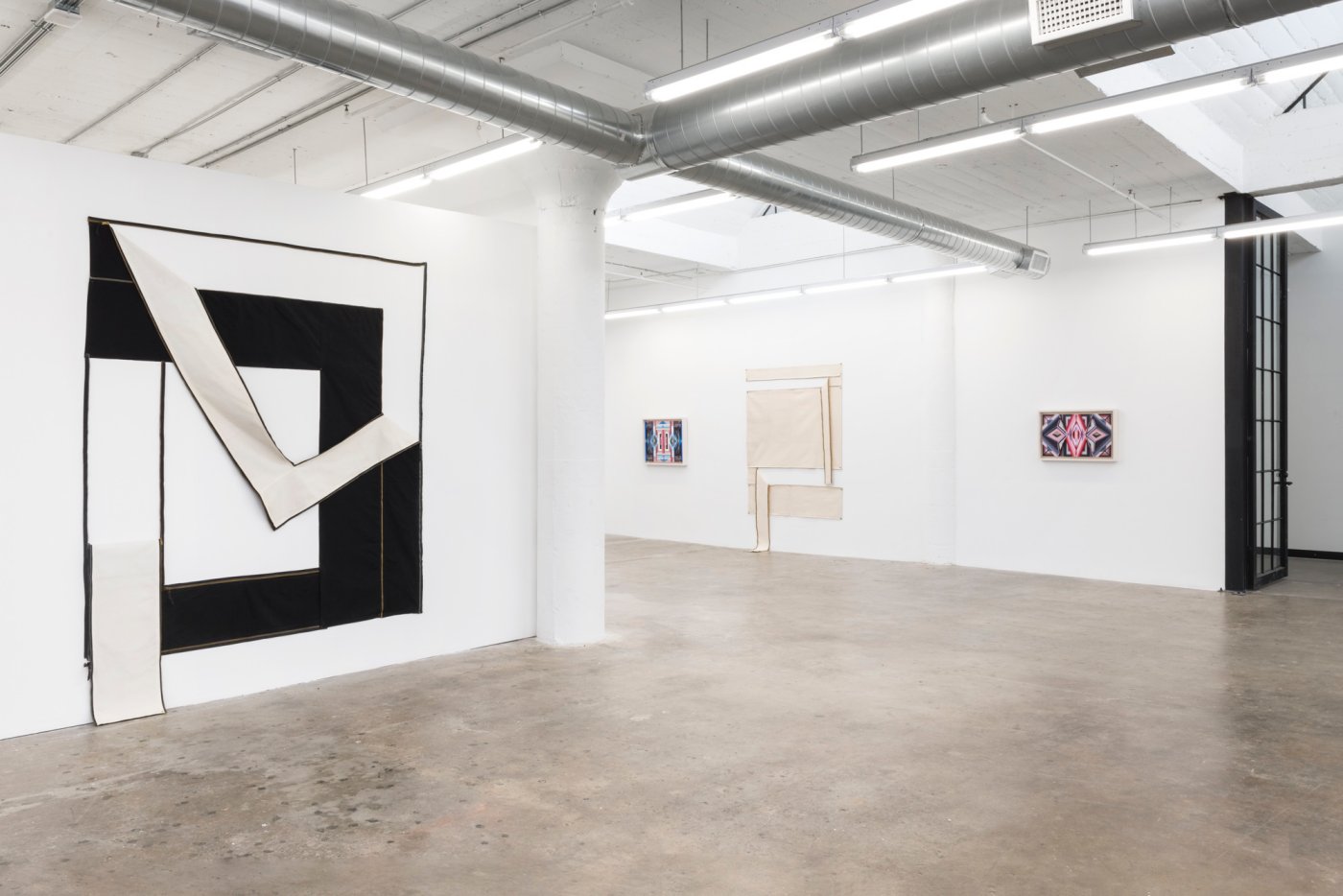 Centered around her current bas relief works and her early “zipper” series, both bodies of work deploy geometric configurations to explore the convergence of gender, nature and the material world. The exhibition’s title refers to the interplay between these two series; both operate as key historical markers that speak to Carson’s artistic importance for the past five decades, creating work with an expansive visual language that has engaged contemporary issues and political culture in myriad ways.

“It’s an immense pleasure to work with an artist who engages with materiality in such a multi-faceted, multi-disciplinary way,” said owner Sarah Gavlak. “The gallery’s mission since its founding has always been devoted to supporting under-represented voices. As a staple in the Los Angeles art scene since the 1970s, we are thrilled to have the opportunity to introduce Karen’s prolific output and unique practice to audiences beyond the West Coast.”

Karen Carson: Middle Ground is situated amongst an integral art historical conversation around minimalism. Carson’s rich legacy began in the early 1970s when artists such as Lynda Benglis, Dan Flavin and Donald Judd became prominent names in the minimalist movement, which sought to explore the dialogues between representation, abstraction, agency and aesthetic judgment. Additionally, Carson’s work engages with the art historical legacy of Georgia O’Keeffe, as both artists found visceral inspiration in the natural phenomenon of the American West, seeking to articulate the endless expanse of the unknown.

Visually and conceptually, Carson’s bas relief series revolves around the artist’s recent use of acrylic paint on wood, a body of work emerging from a summer spent in her Montana studio following an extended period of experimentation. Rich natural elements–mountain ranges and pine trees–appear to produce a close relation with the luminous, exterior environments. Intricately and individually, Carson incorporates these elements into her work. Nature influences her color palette and provides a stark sense of contrast throughout the series, giving us the illusion that they are illuminated from within, glowing like a fluorescent tube. All the wood is cut by Carson herself with a manual saw and chop saw, laid beforehand and then mounted onto a panel. The wood is then laid, glued and ultimately painted once the assemblage is completed. Each work becomes unique through this intricate process that blends the human hand with organic material.

Further into the exhibition are works from Carson’s 1970s “zipper” series, which initiate a dialogue around male-domination of the minimalist movement, objecthood and raw materials such as steel and concrete. Inspired by childhood camping trips, Carson makes reference to a tent’s triangular shapes and zipper openings. By sewing each of the works herself, the artist creates elaborate geometric wall works that are conditioned and textured by a patient, repetitive act of female labor. The components of “zipper” are interactive; viewers can pull the zippers themselves, creating new arrangements that complicate the origin of the work. This allows for an almost infinite number of combinations among canvases, creating a relational dimension. There is an implied seduction, as the act of unzipping launches each work into the sensory realm.

Karen Carson was born in Corvallis, OR, received her B.A. in 1966 from the University of Oregon and her M.F.A. from UCLA in 1971. In 1994 she was an artist in residence at the University of Nevada, Las Vegas. She began exhibiting in 1969 at the Atheneum Gallery, CalTech, Pasadena and Cirrus Gallery in 1973-1977. She first exhibited at Rosamund Felsen Gallery in 1979 and continues to the present. A 25 Year Survey of her paintings was held at the Santa Monica Museum of Art in 1996. She has exhibited at the Pomona College Museum of Art’s Project Series; an exhibition, “Movers and Shapers: Combines, Tractors and Swathers by Karen Carson,” at Oklahoma State University Museum of Art, Stillwater; and “Canvas Constructions: Karen Carson and Allan McCollum,” Henry Art Gallery, University of Washington, Seattle. Her work has appeared in group exhibitions at San Diego Museum of Fine Arts; San Francisco Museum of Art; Pasadena Art Museum; The Art Institute of Chicago; Lang Art Gallery, Scripps College, Claremont, CA; La Jolla Museum of Contemporary Art; Newport Harbor Art Museum; Corcoran Gallery of Art, Washington, DC; Fort Worth Art Museum; Brooke Alexander, NY; McNay Institute, San Antonio; Los Angeles County Museum of Art; Museum of Contemporary Art, Los Angeles; Fisher Gallery, USC; Sezon Museum of Art, Tokyo and Tsukashin Hall, Osaka; Bill Maynes Gallery, NY; Museum of American Art of the Pennsylvania Academy of Fine Arts, Philadelphia; Neue Galerie, Graz, Austria and numerous others.