Karel Appel: Encounter in Spring and what follows

Karel Appel: Encounter in Spring and what follows

Bleibtreustraße 45, 10623 Karel Appel: Encounter in Spring and what follows

Galerie Max Hetzler presents Encounter in Spring and what follows, an exhibition of work by Karel Appel (1921–2006), centring around a selection of paintings spanning from 1958 until 2006. 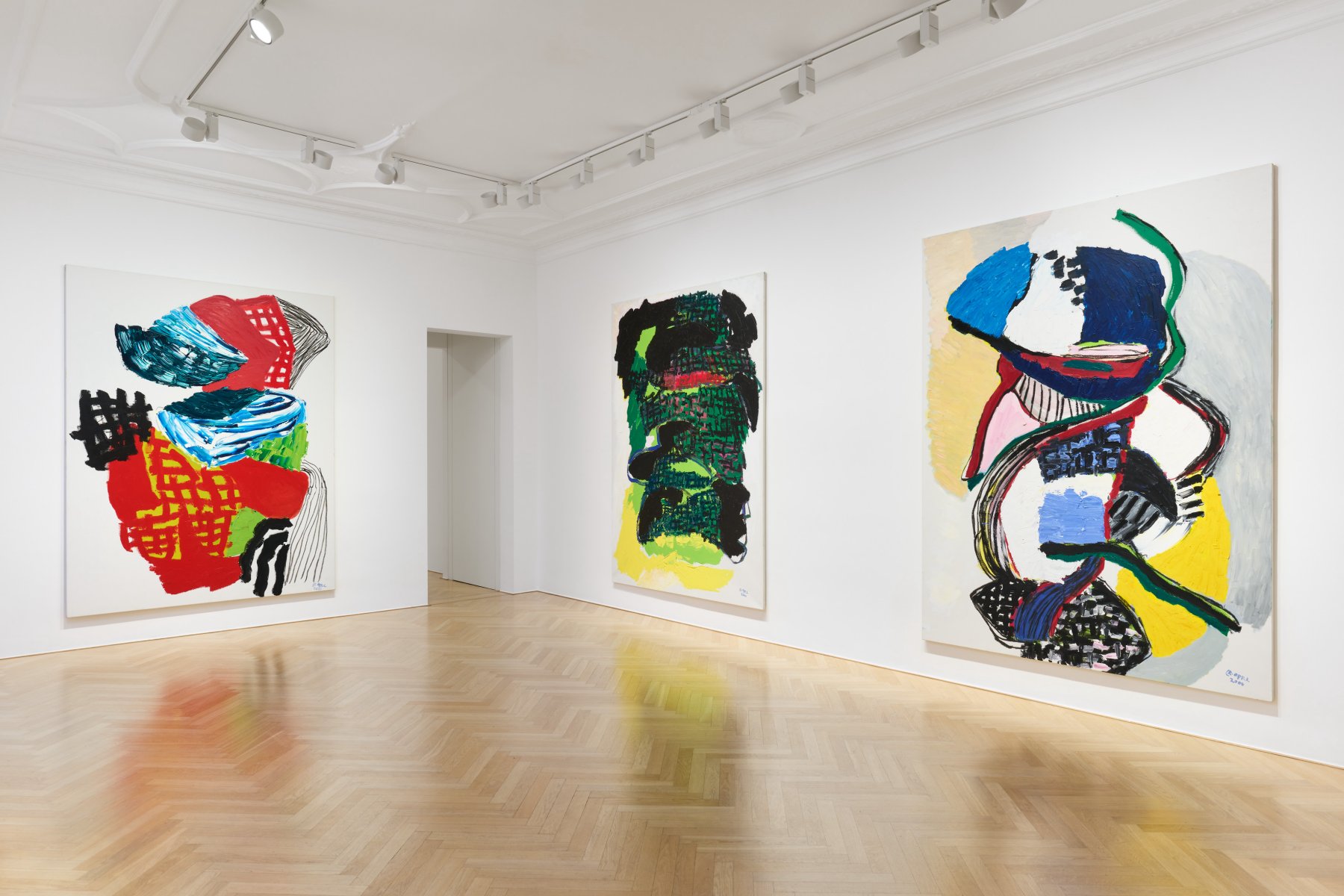 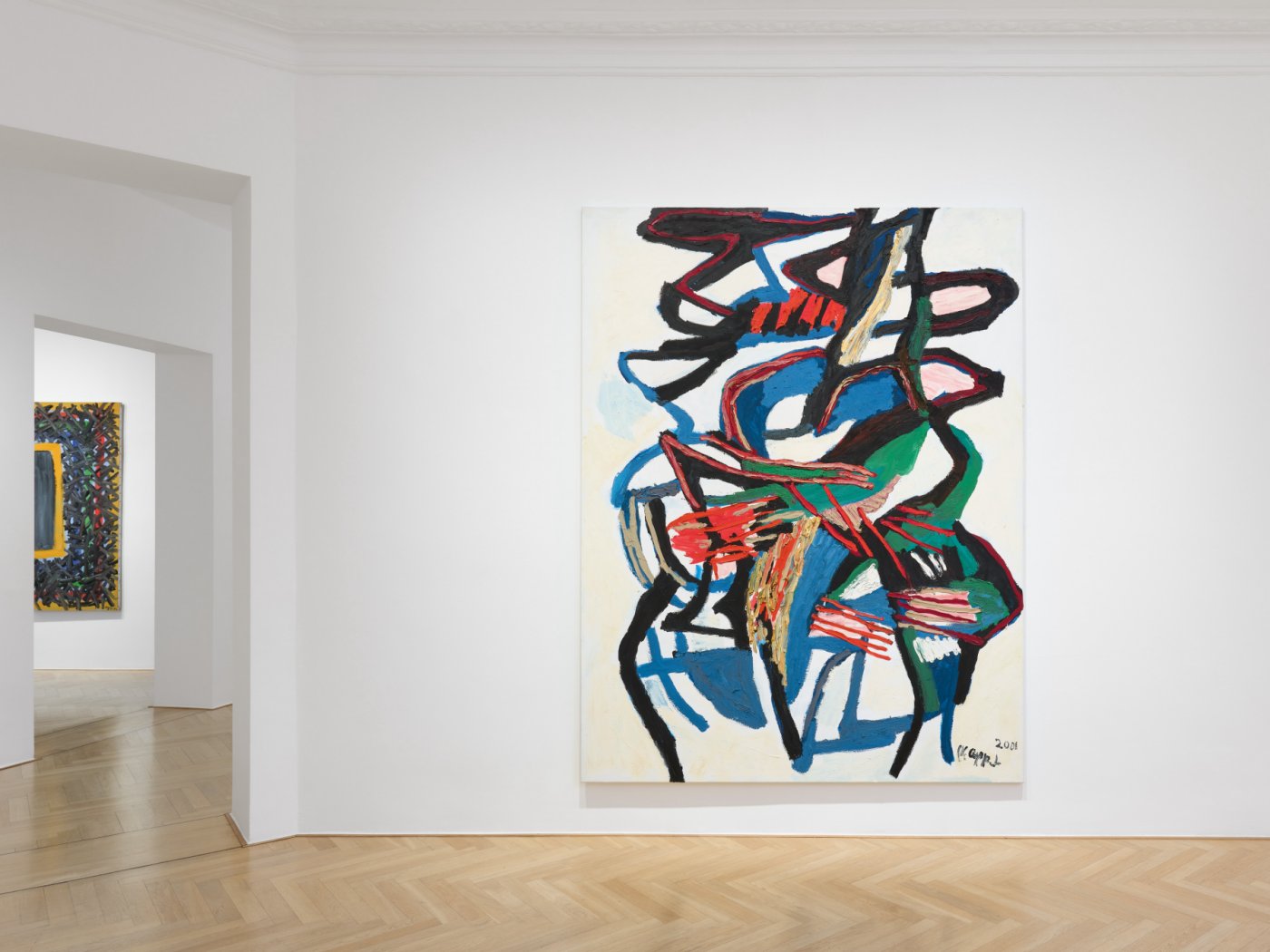 A founding figure of the avant-garde group CoBrA (1948–1951), Appel began his career in the aftermath of the Second World War. Over the course of six decades, the artist experimented widely, drawing on sources as diverse as folk art, outsider art and Jazz’s spirit of improvisation, and working across painting, sculpture, drawing, and stage design. Distinguishable for his astonishing capacity to innovate, Appel never settled in a signature style, media or subject. Alternating between abstraction and figuration, he adopted a material-oriented approach in his practice and promoted a genuine form of expression.

The exhibition’s starting point is the monumental and mesmeric painting Rencontre au printemps (Encounter in Spring), which was commissioned in 1958 for the inauguration of the UNESCO headquarters in Paris. To mark the occasion, UNESCO invited Appel – among luminaries including Jean Arp, Alexander Calder, Isamu Noguchi, Roberto Matta, Joan Miró, Henry Moore, and Pablo Picasso – to make a contribution. Appel painted the ambitious work, not on-site or in his Paris studio, which couldn’t accommodate its size, but in Sam Francis’ studio in Villejuif. He had, by this point, just returned from his first trip to New York for his second exhibition at Martha Jackson Gallery and was profoundly marked by his encounter with the painters of the New York School. As such, Encounter in Spring constitutes Appel’s first painting on such a momentous scale and remains one of the highlights of the UNESCO art collection.

Appel executed a sister painting, Encounter of Worlds, of the same size and year, which is in the collection of the Neue Nationalgalerie in Berlin. Key works in his oeuvre, the paintings introduce a pictorial language that comes very close to abstraction and is animated by the same spirit of Action Painting. While they might seem a far cry from CoBrA, founded only ten years earlier in Paris, both imply, at their essence, its rallying creed for freedom and spontaneity.

As its title suggests, the sweeping abstract gestures of Encounter in Spring seem to unfurl beneath the viewer’s gaze into an abundance of forms found in nature and landscapes. Treading the threshold between impression and expression, Appel consistently associated real-world experience with what is visible on the canvas and what to a cursory glimpse might appear abstract. This liminal quality binds the works that comprise this exhibition. Viewed in chronological sequence, they reveal the overarching influence of Appel’s discovery of American painting on his first visit to the continent in 1957, and beyond. This is strikingly evident in the richly textured surface of Shattered World, 1960, with its thick with impasto paint that appears to have been applied directly from the tube to the left side of the canvas, as much as the primitively rendered face which emerges from the crude brushstrokes and vibrant palette of Visage-Paysage no.4, 1977.

In the Trees series from 1979, Appel’s formerly expressive free lines and solid areas of monochrome brushwork are here substituted for simplified, nearly analytical structures made from a sequence of short parallel brush marks which converge on ascending, vertical formats. The artist had previously come cross enlarged reproductions of details from paintings by Vincent van Gogh – a discovery which paved the way for this new sense of expression, merging discipline with spontaneity. In the late ’90s, works including Up to the Sky no.3, 1998, and Birth of a Landscape, 1999, present densely animated, near-impressionist landscapes, which pulsate with thick swathes of paint. By the 2000s, Appel’s idiom had evolved once more into looser compositions of colour and form: works such as Nimble Acrobat, 2000, and Thought’s Boomerang, 2000, appear light and airy, with large swathes of raw canvas still visible, while in Evening Forest, 2003, real wood branches are embedded on the surface of the work. Brimming with creative innovation, this exhibition encapsulates the work of an artist whose imaginative and experimental approach to the painterly medium never ceased.

The exhibition will be accompanied by a joint-publication for previous exhibitions of Karel Appel’s work at Galerie Max Hetzler: Paris/New York in London (2022); Object Paintings in Berlin (2021); and Late Nudes, 1985–1995 in Berlin (2020).

We would like to thank the Estate of Karel Appel for their generous support.