Galerie Max Hetzler, London presents Karel Appel’s (1921-2006) solo exhibition, Paris/New York, which explores two tenets of the artist’s practice that emerge out of his early years spent in the two cities: the nude figure and action painting. This exhibition traces Appel’s exploration of the nude from the 1950s to the 2000s. 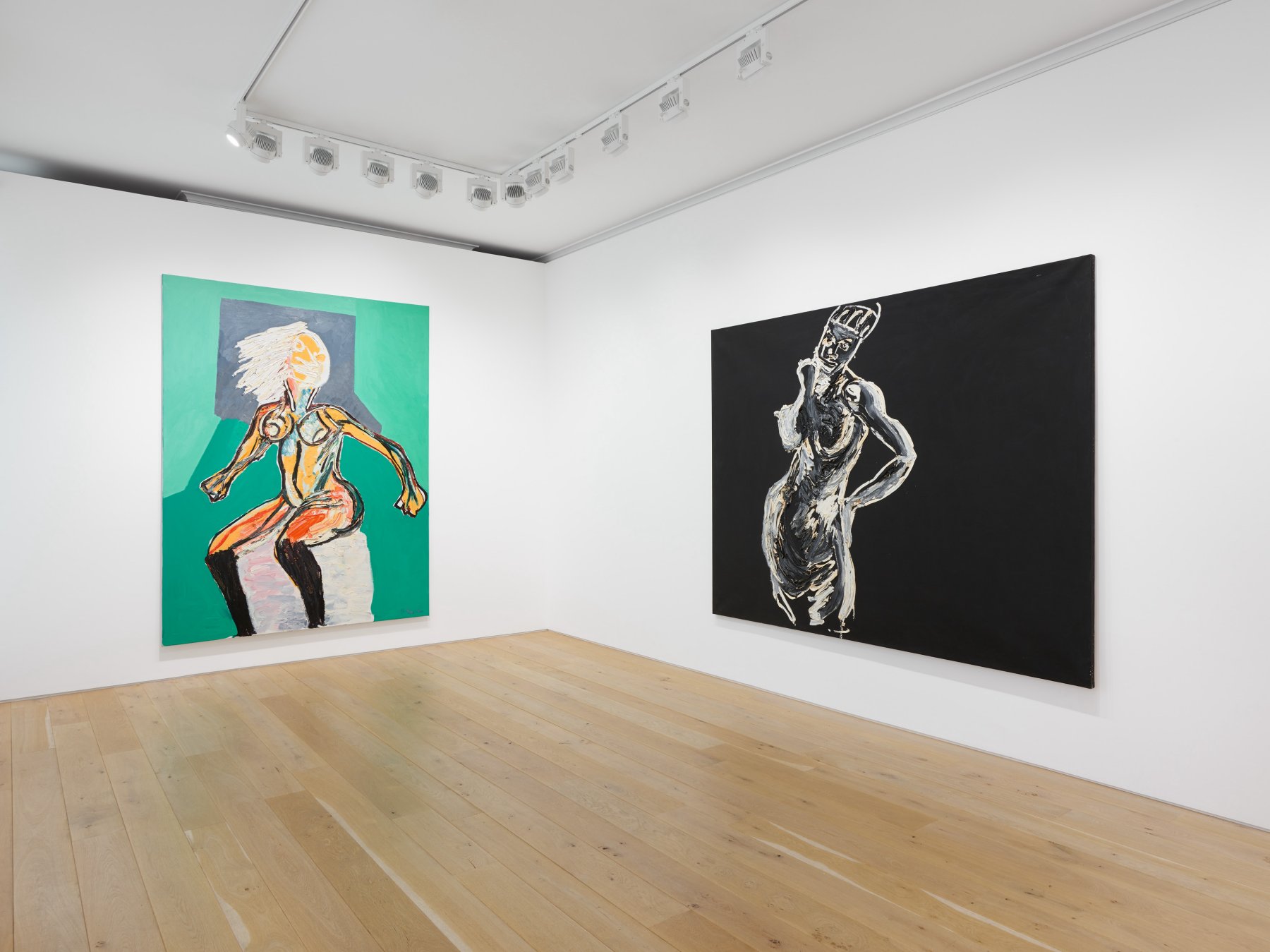 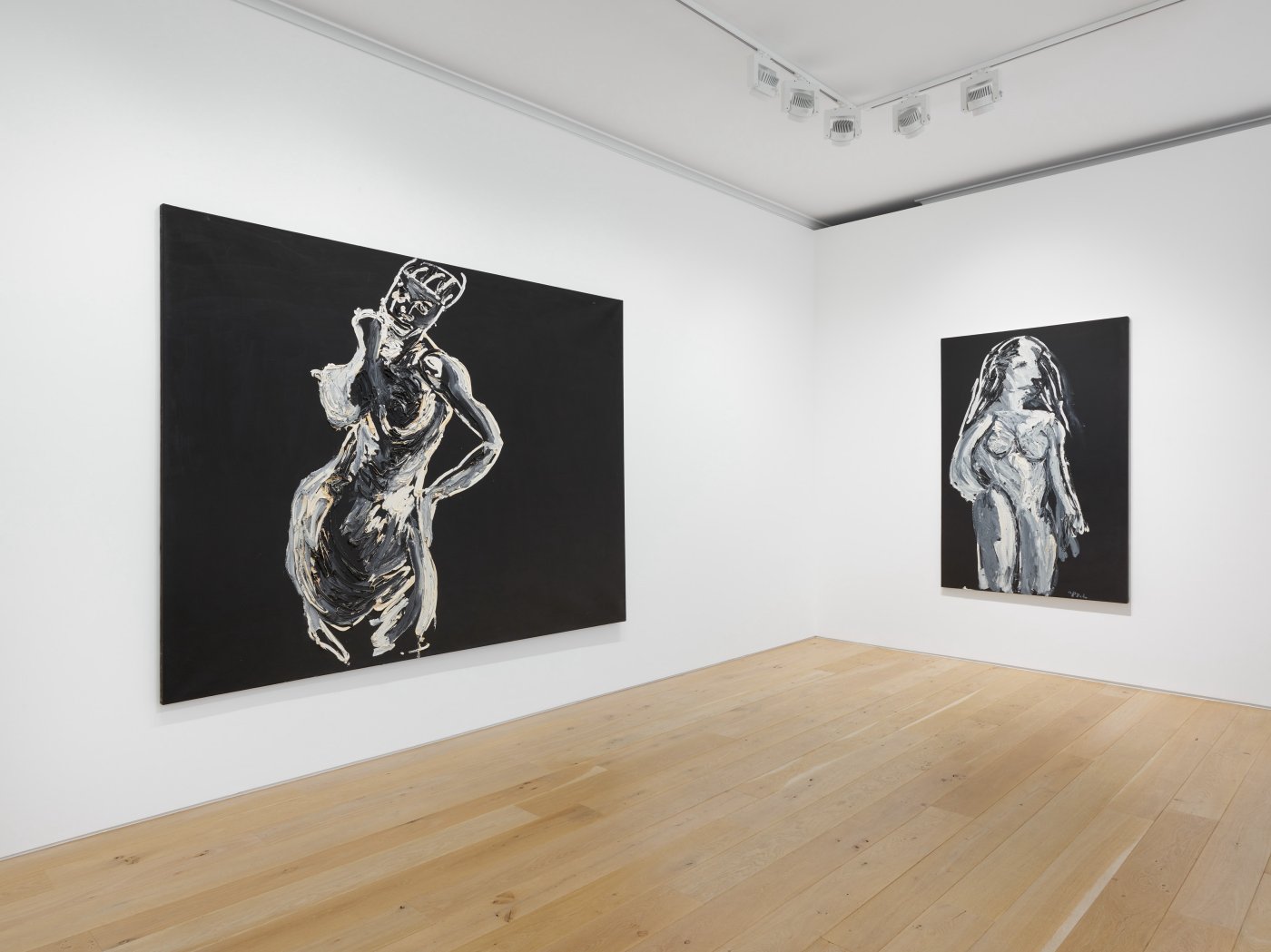 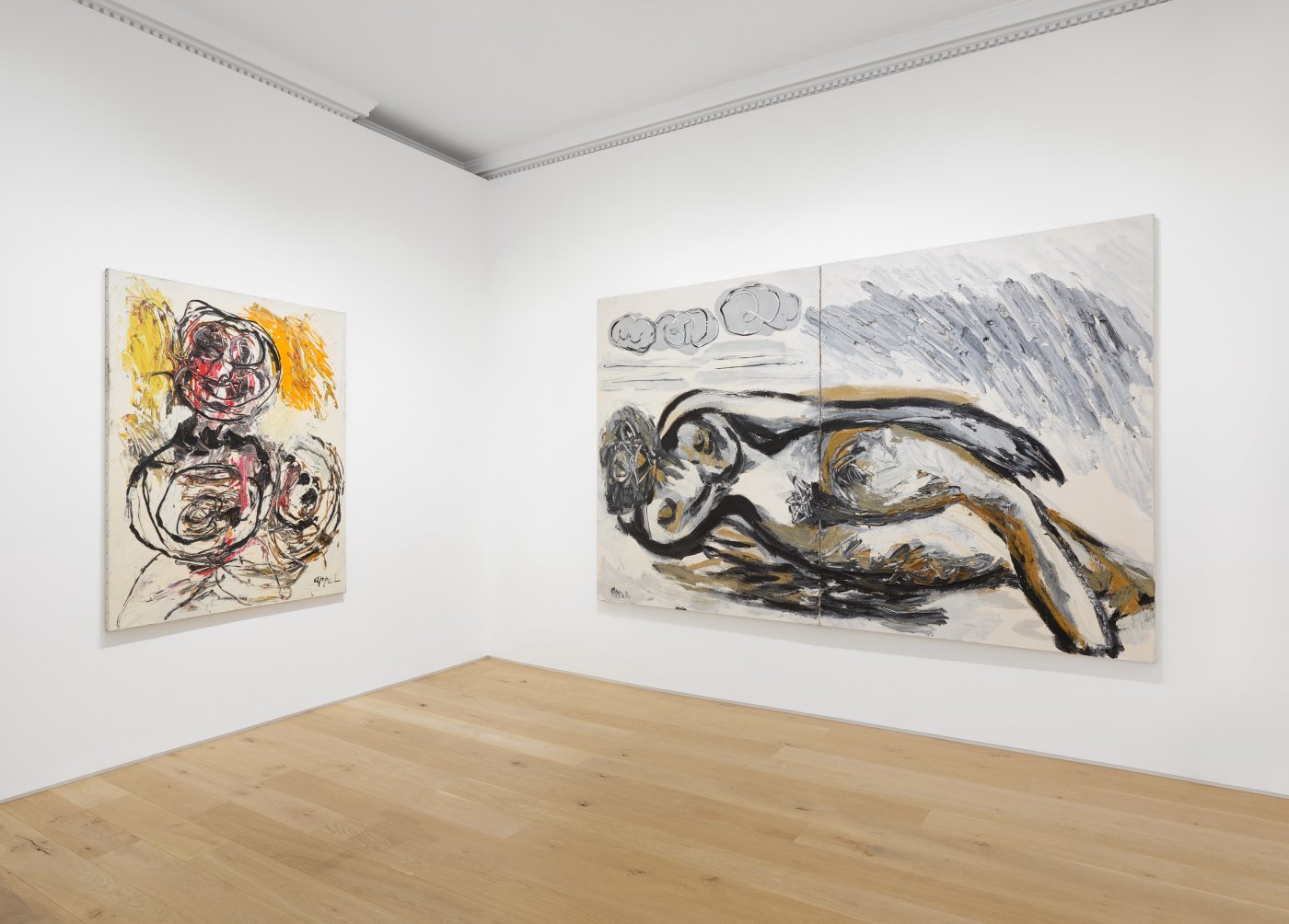 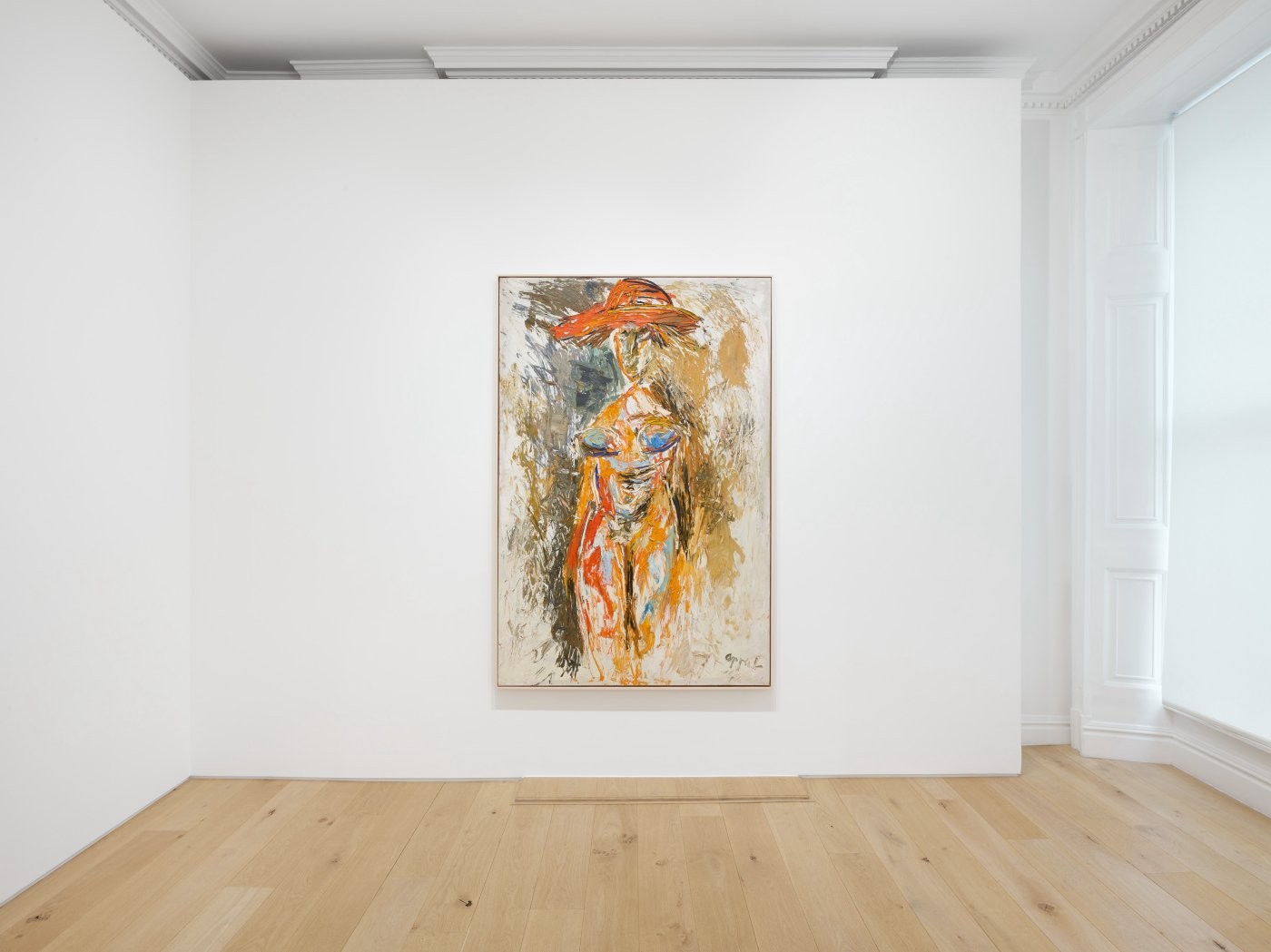 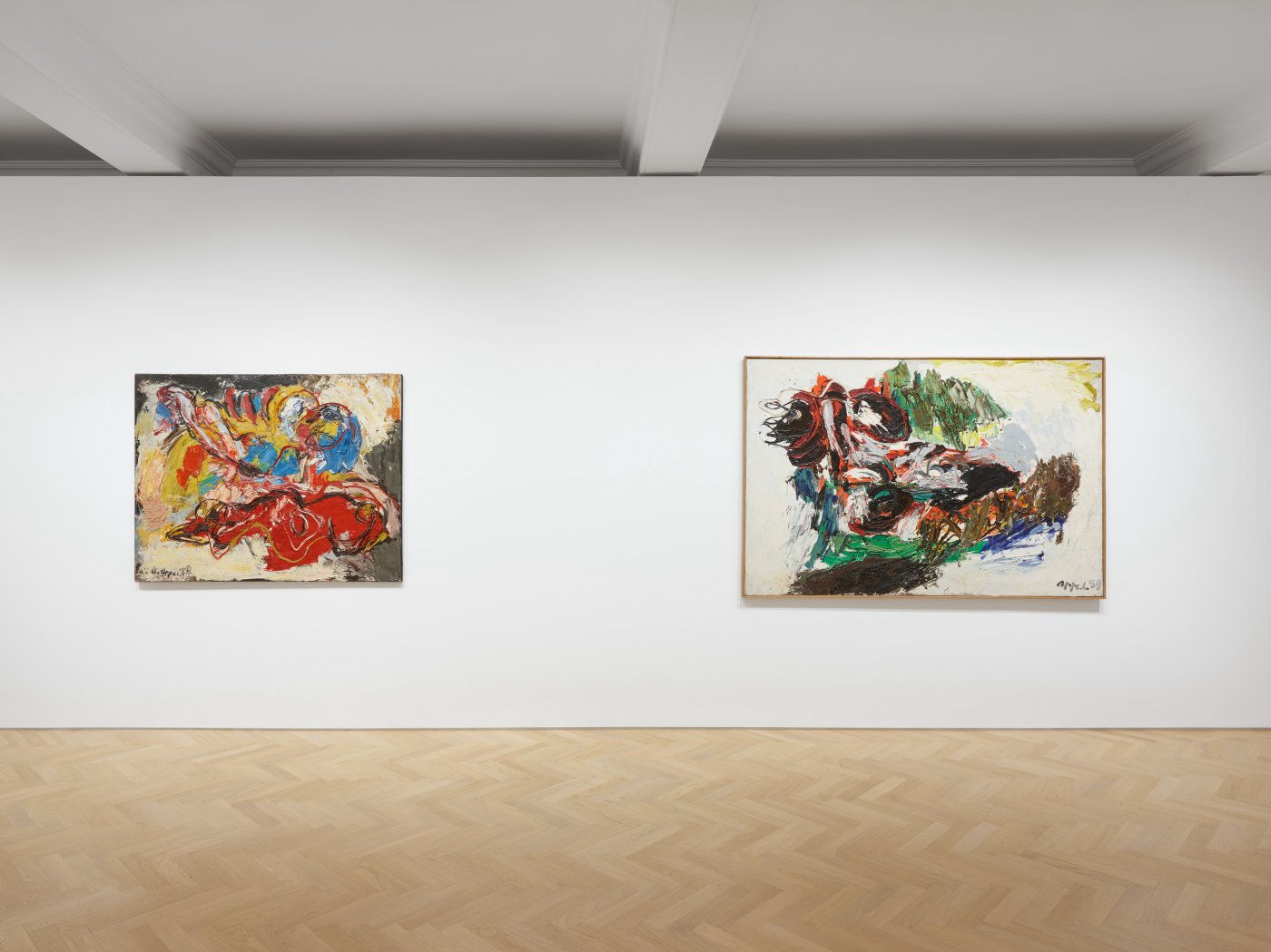 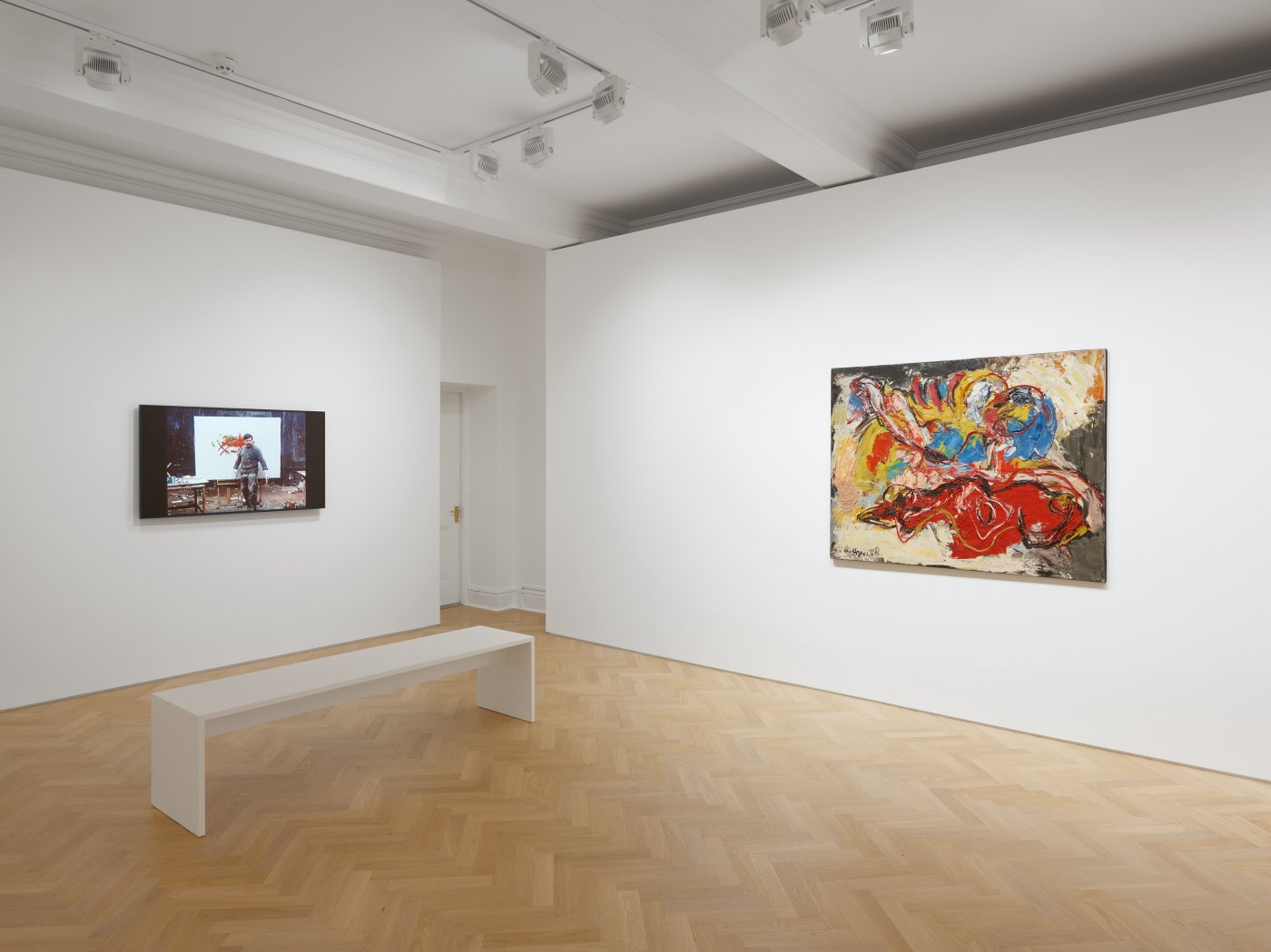 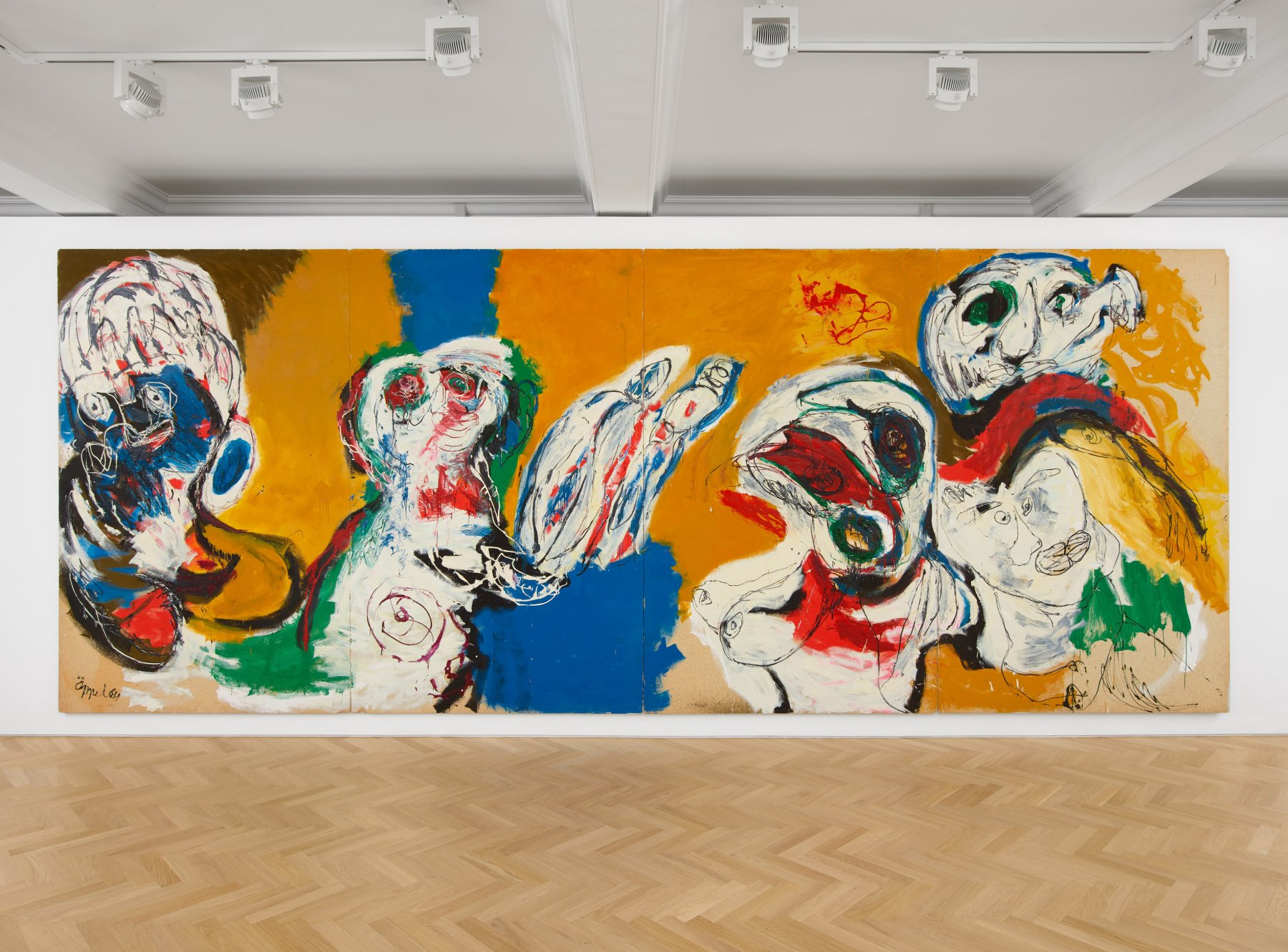 In parallel, a monumental painting made for documenta III (1964) will be on view for the first time since, alongside other works from this period. This will be the first dedicated Appel exhibition in the UK in nearly four decades and the inaugural exhibition of our expanded gallery space at 41 Dover Street in London.

A founding figure of CoBrA (1948-1951), Karel Appel began his career in the aftermath of the Second World War. Over the course of six decades, the artist experimented widely. Distinguishing himself for his astonishing capacity to innovate; Appel never settled on a signature style, media or subject. Going beyond his classical, academic training at the Rijksakademie in Amsterdam, the artist looked at folk art, children’s art and outsider art, whilst also drawing from jazz’s spirit of improvisation. Alternating between abstraction and figuration, Appel adopted a material-oriented approach and promoted free expression.

“When Karel Appel moved to Paris in 1950, the city was still considered the international capital of the avant-garde, in spite of New York’s competing claims. While living in Paris, Appel met international collectors, art dealers and curators, who would become instrumental in his breakthrough, but he was also one of the few Parisian artists to succeed early on in the art capital in the making. He had his first solo show at Martha Jackson Gallery in New York in 1954, and on the occasion of his second, in 1957, he crossed the Atlantic for the first time. From then on, he would divide his time between both sides.

While he would always remain rooted in Europe, the shift in perspective from an art world derived from history to the New World that was supposedly free of history’s weight had a discernible impact on his work: it was the impetus for Appel’s most abstract phase with paintings that could attain sizes approaching those of the New York School artists. Abstract painting in life sized formats could push an artist to a performance-like working manner, as shown in Hans Namuth’s famous Jackson Pollock film of 1950. Eleven years later, and possibly inspired by this, the Dutch journalist and film maker Jan Vrijman realised a film showing Appel as an action painter. Appel’s huge painting, Untitled [documenta III, 1964], 1964 (270 x 680 cm) is a spectacular example of painting as action – spectacular not only in size but even more so due to the circumstances of its creation: the works that had been selected for documenta III were blocked by the customs authorities. When it became clear that they would not be released in time, Appel ordered four huge panels and enough paint, had the panels mounted on the empty wall in his space and created the painting during the night before the opening. The late curator, writer and publisher Johannes Gachnang described his confrontation with it at documenta III as a sort of revelation. He was of course impressed by the size which, as he wrote much later, exceeded even that of famous American Action Paintings, but also by its focussed realization and its expressive presence.

However, during Appel’s early Paris/New York period, there appeared another theme in his work, and a rather surprising one: the nude. This arguably most academic theme might be considered as the very opposite of abstraction or action painting. It would seem likewise incompatible in comparison to Appel’s earlier CoBrA work, which was largely inspired by children’s drawings or drawings by mentally ill outsiders, precisely in order to ridicule academicism. True, Appel had drawn nudes during his study at the academy, and there is one isolated Nude of 1953 painted in a somewhat CoBrA like manner, but only from 1957 onwards would it emerge as an important and recurring theme, and one may assume that this was triggered by his encounter with his American fellow Dutchman Willem de Kooning, the only painter of the New York School, who consistently worked between abstraction and figuration – like Karel Appel – and who was famous for his female nudes.”

We would like to thank the Karel Appel Foundation for their generous support.