Goodman Gallery presents Cache, a new body of work by Kapwani Kiwanga. The exhibition marks Kiwanga’s first solo exhibition in the United Kingdom since her debut at South London Gallery in 2015. Considered one of the most acclaimed artists of her generation, Kiwanga was recently awarded the prestigious Prix Marcel Duchamp in Paris. 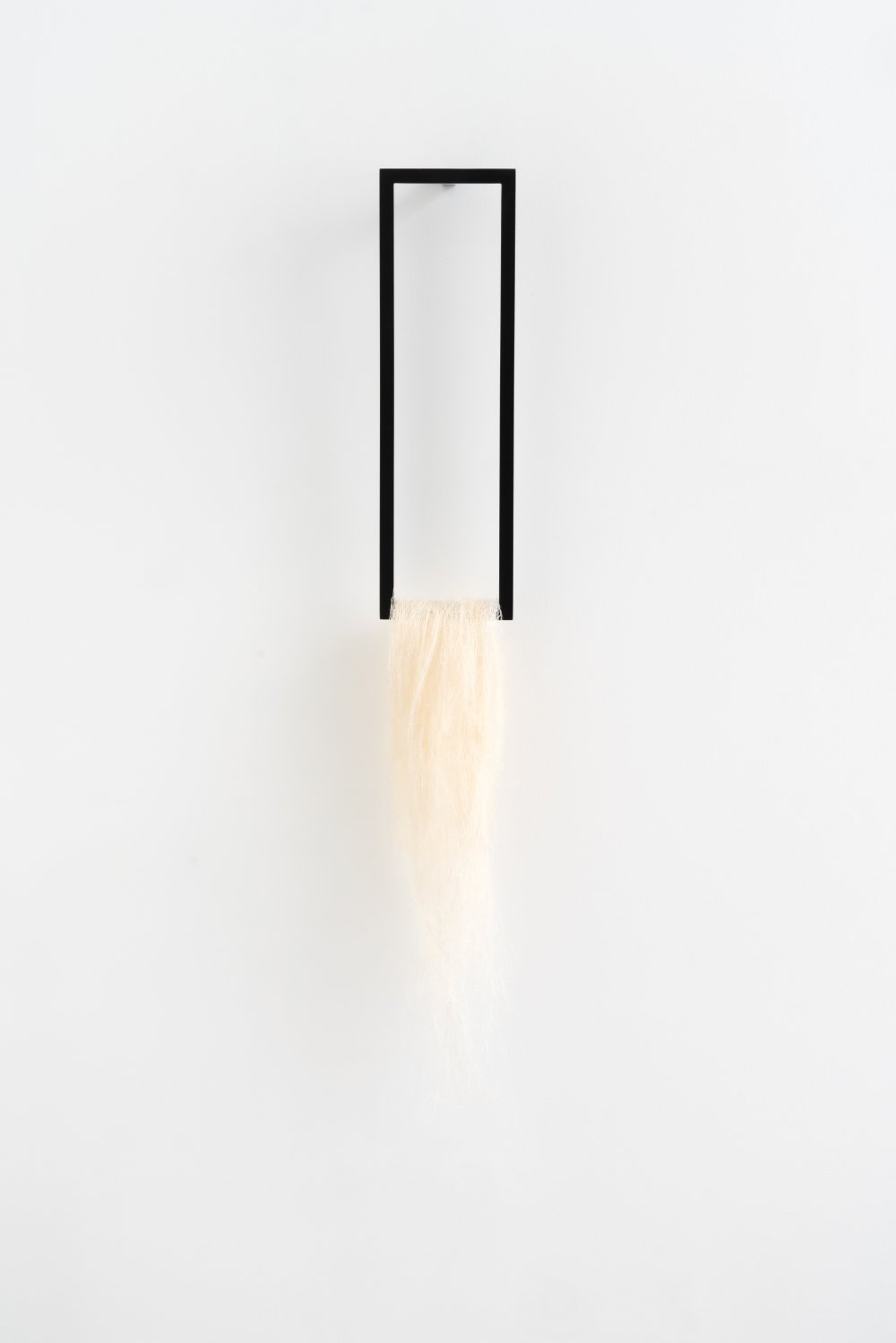 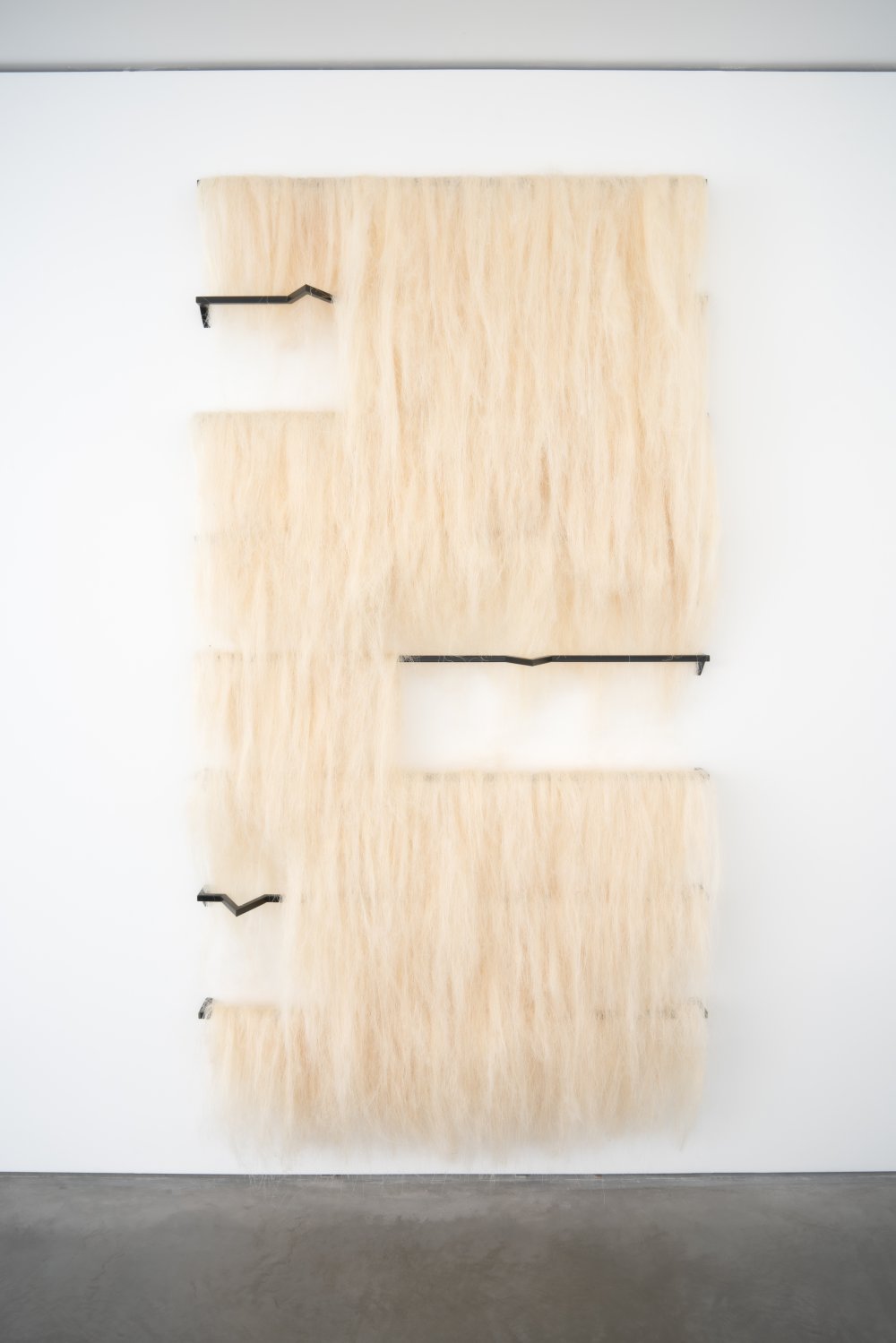 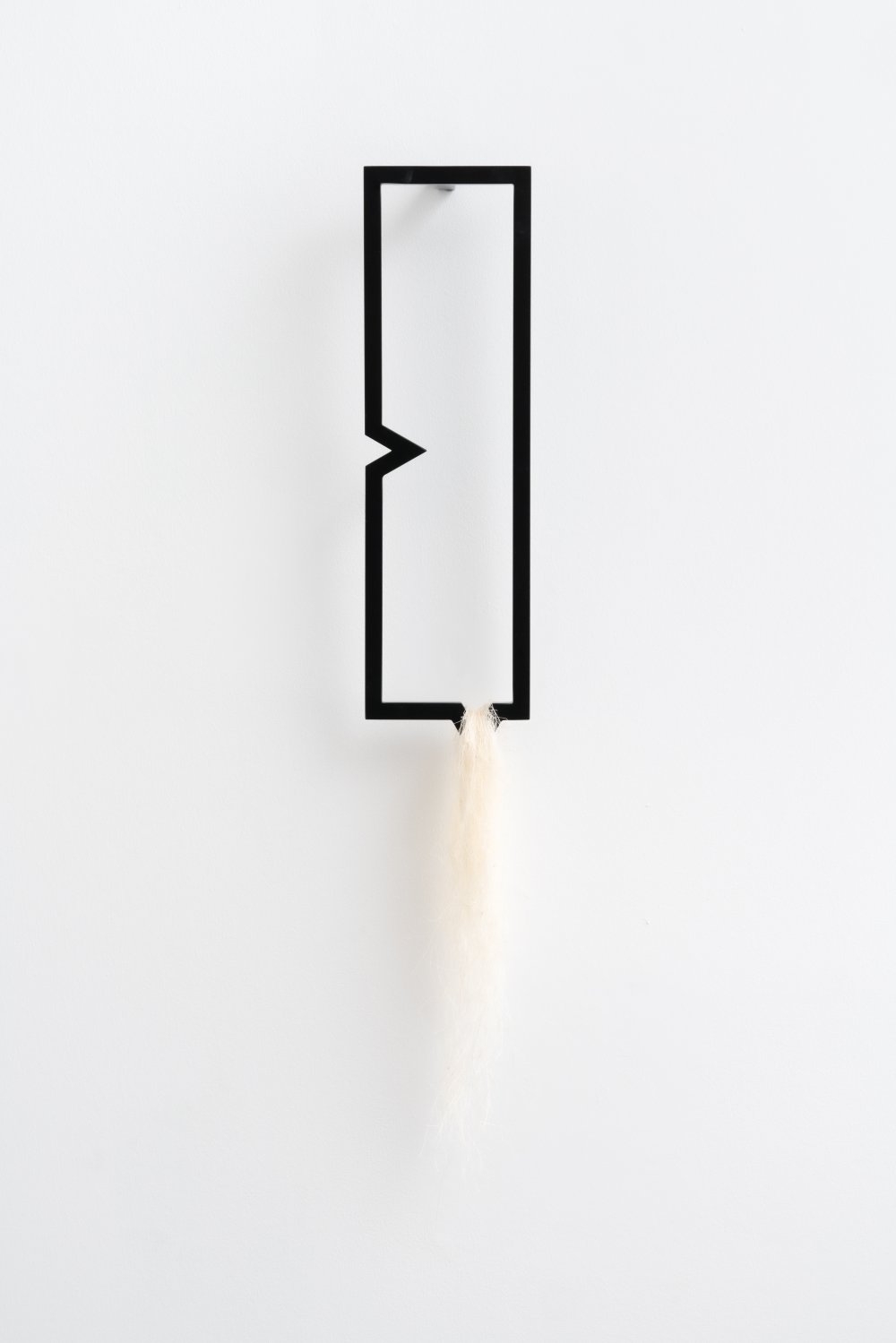 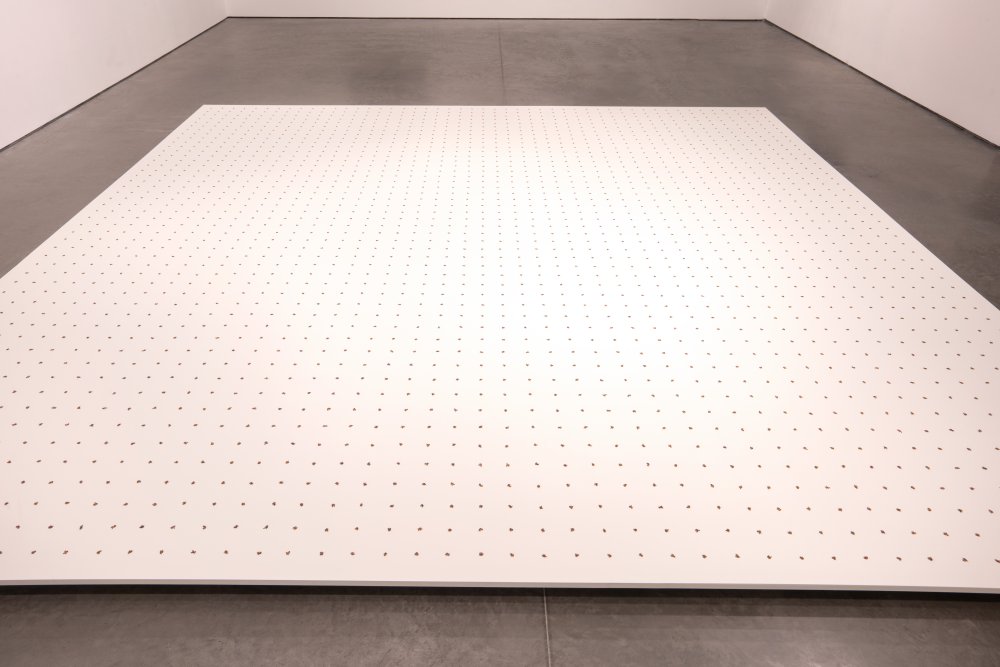 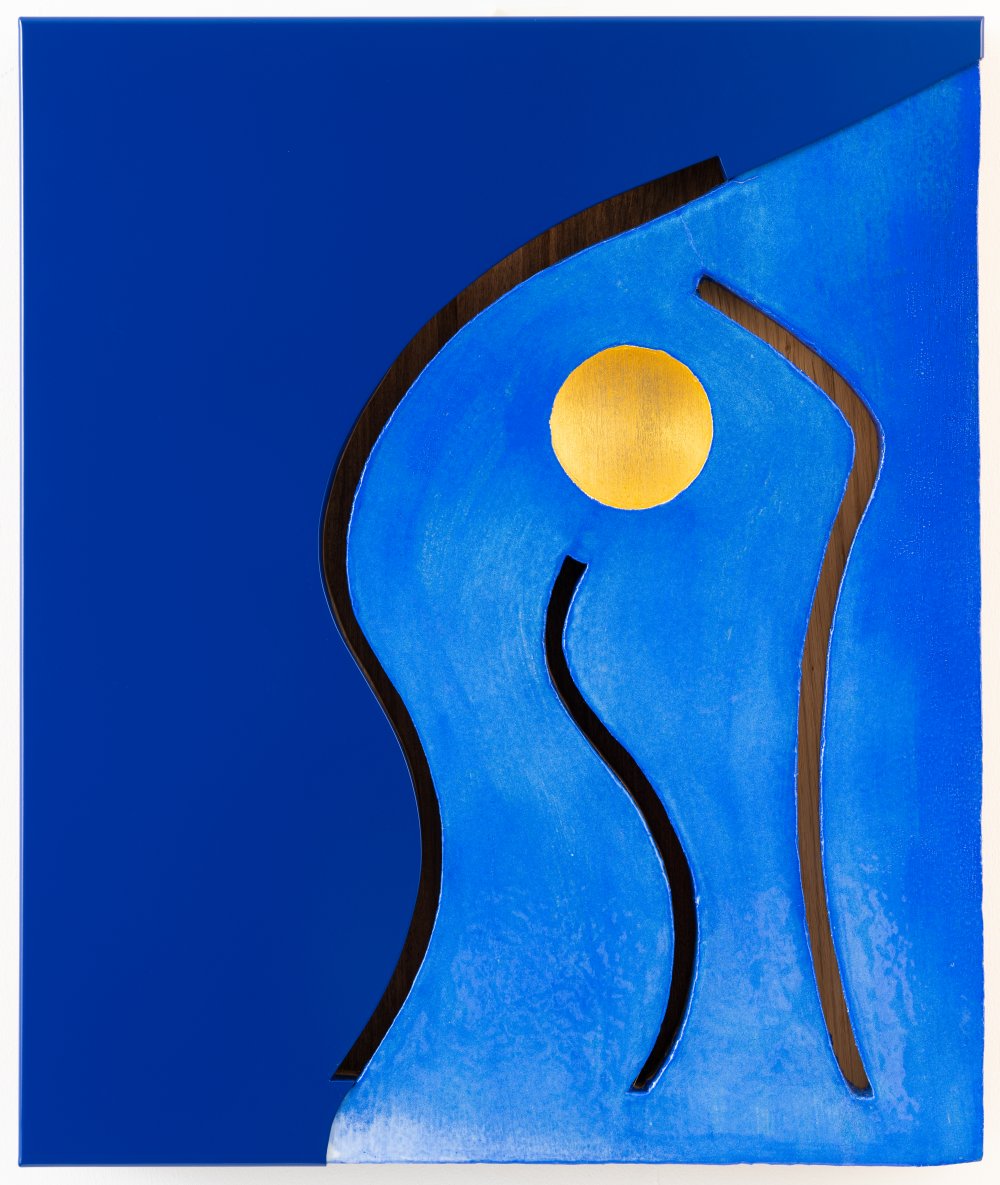 Kapwani Kiwanga
The worlds we tell: Dojity and Micha, 2021 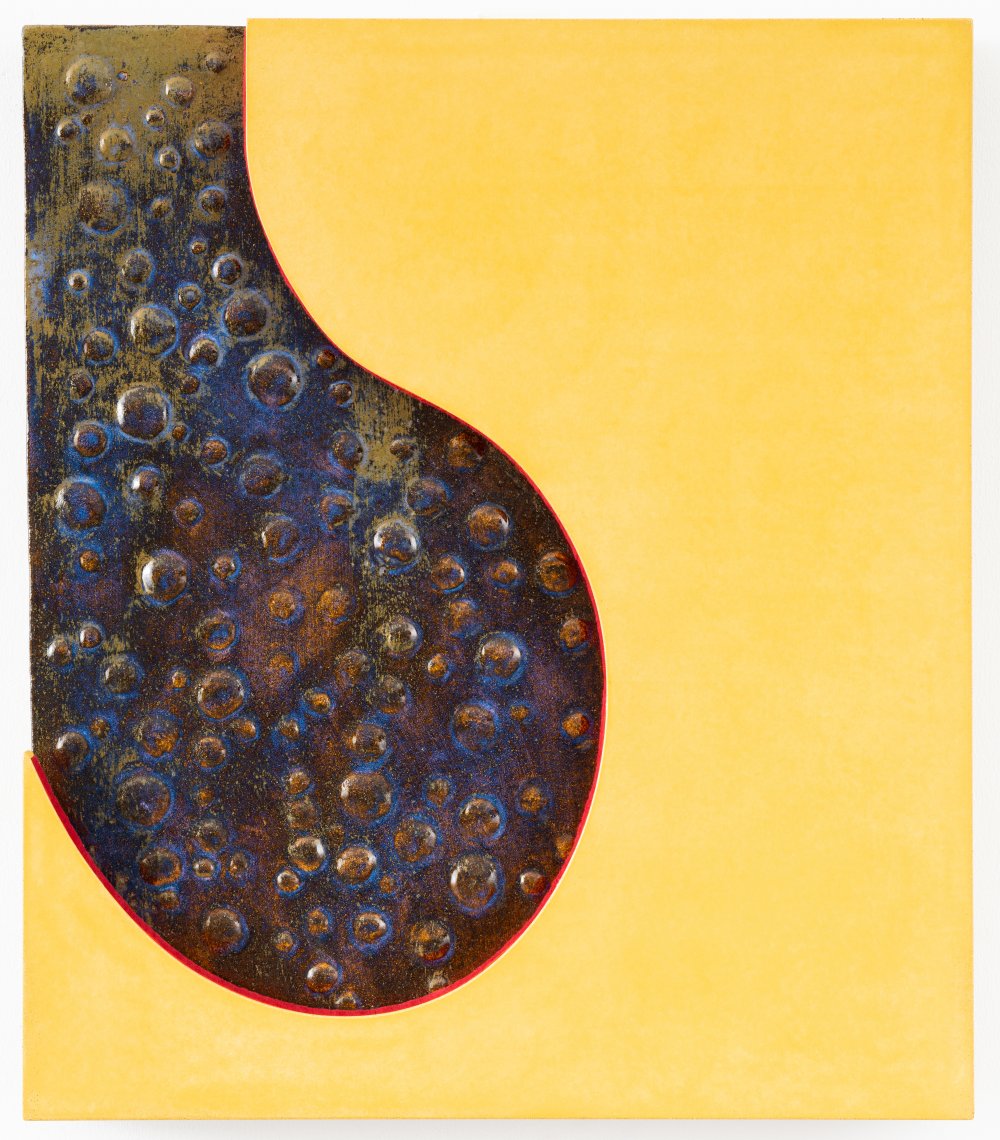 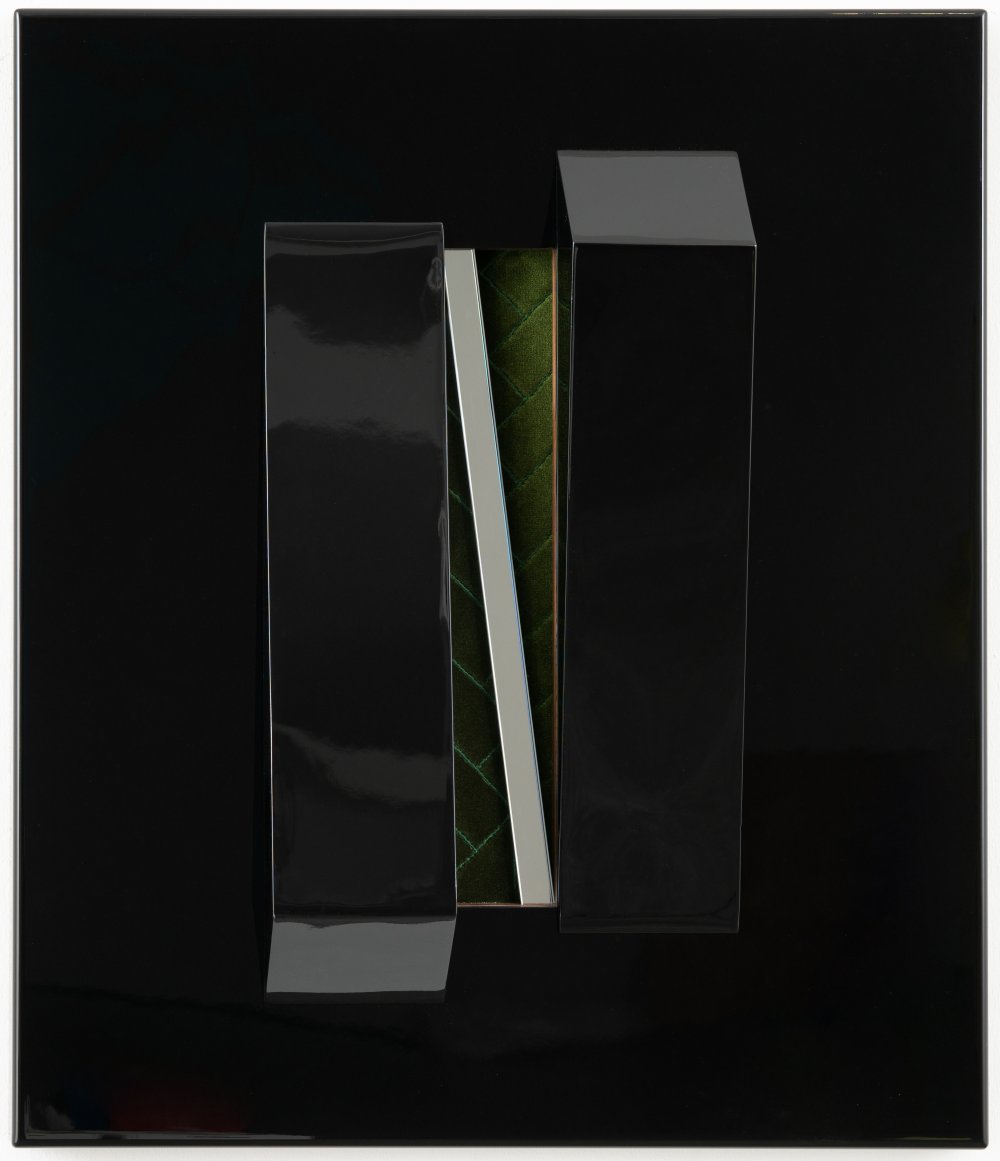 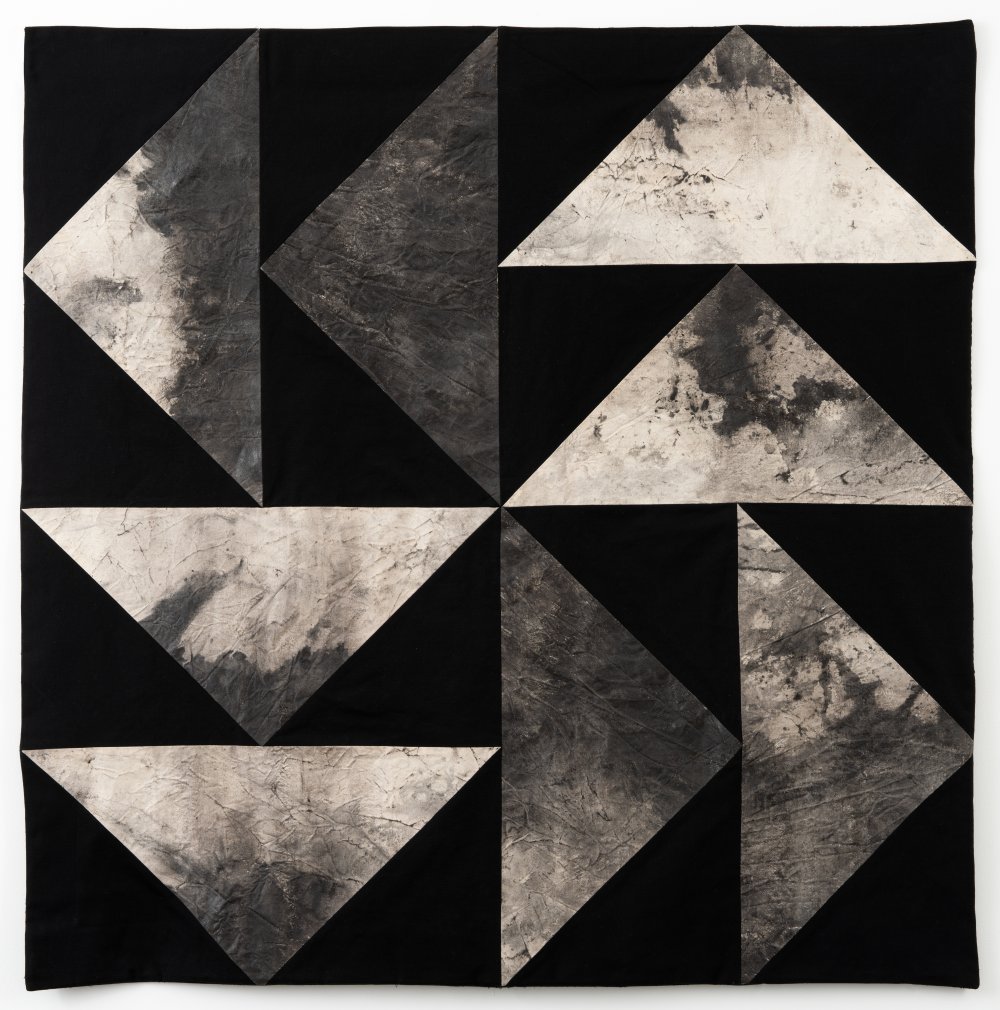 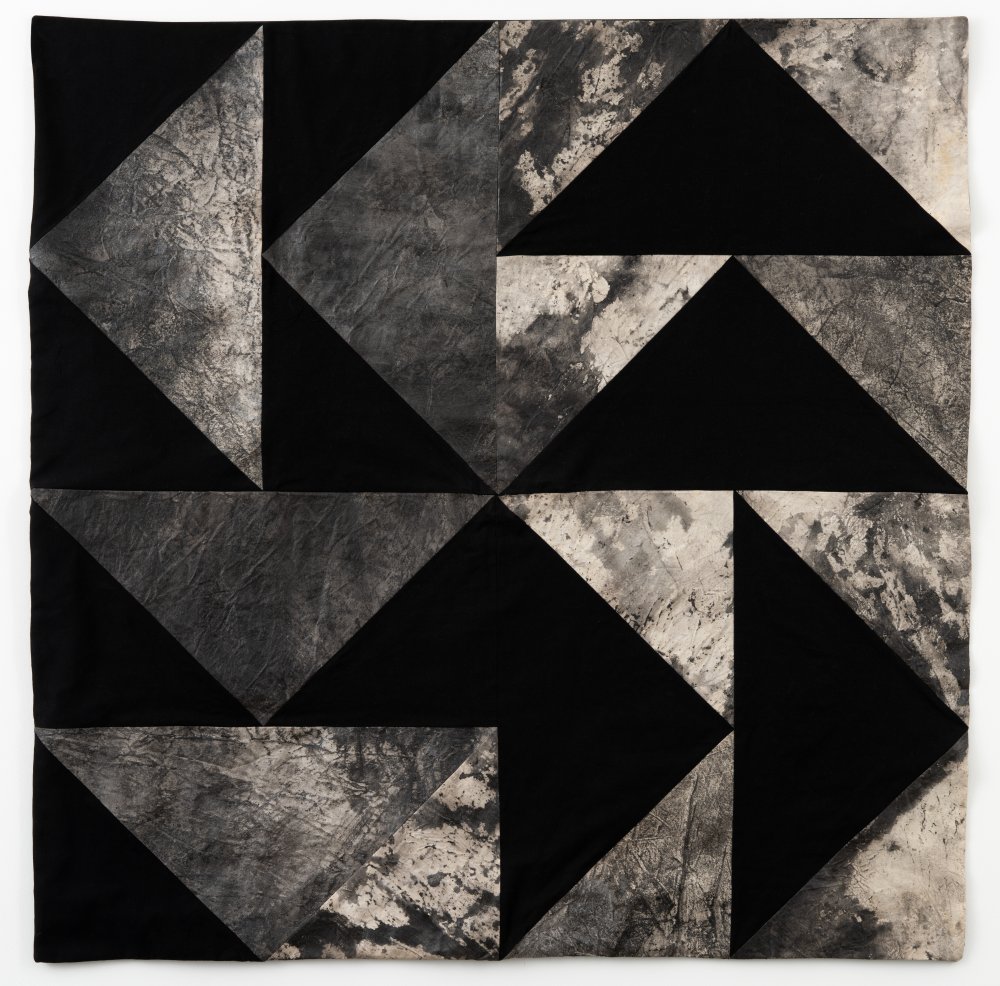 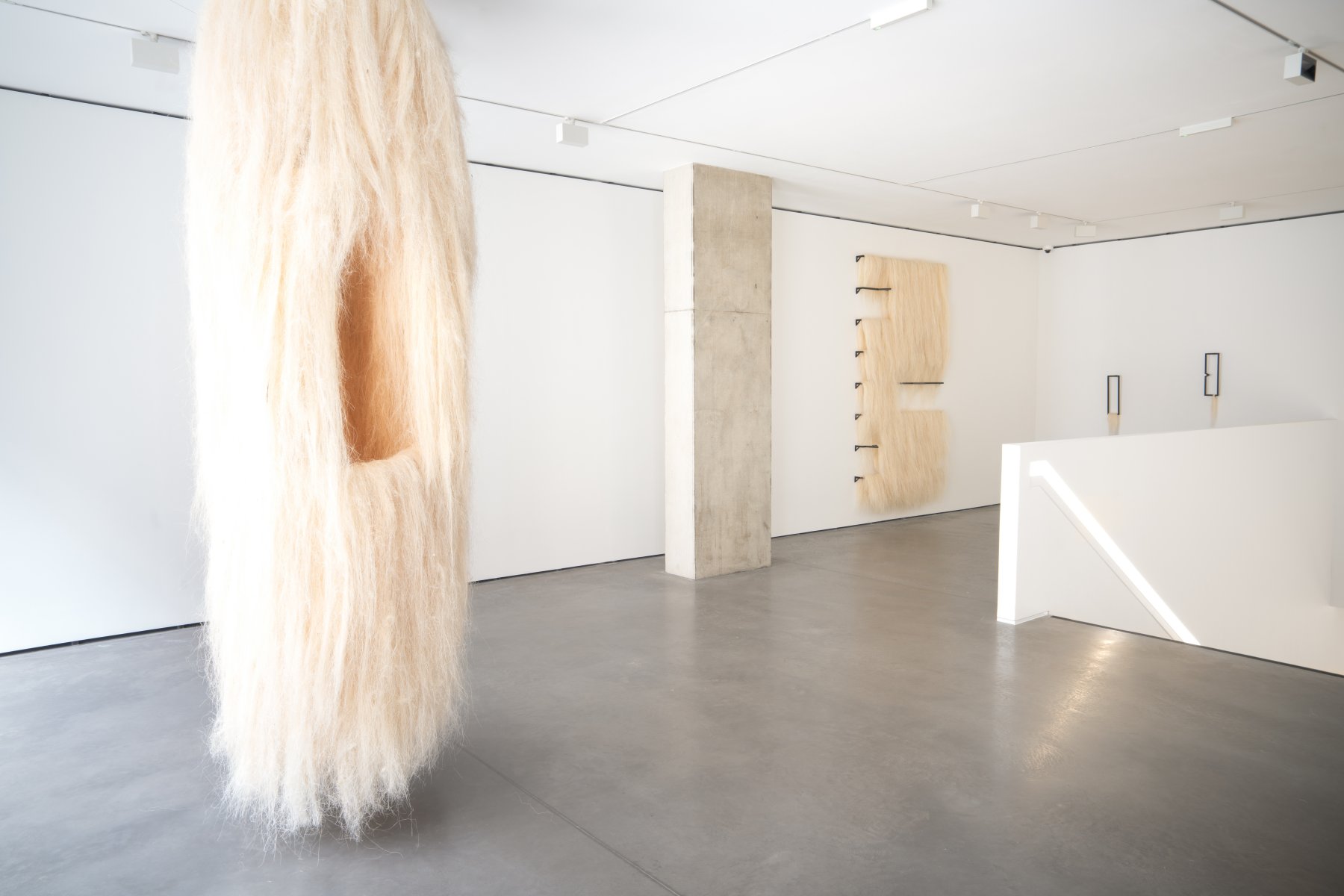 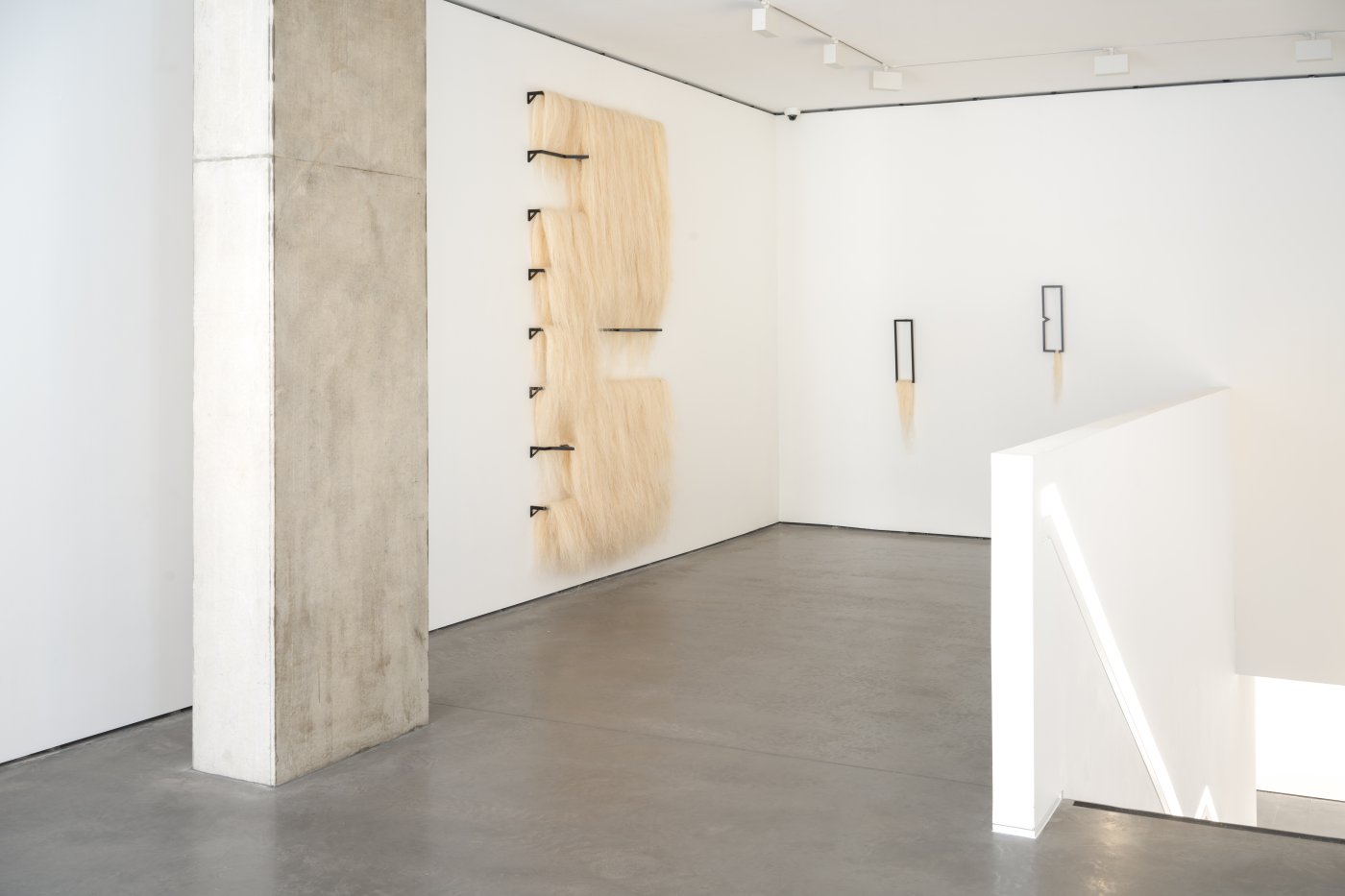 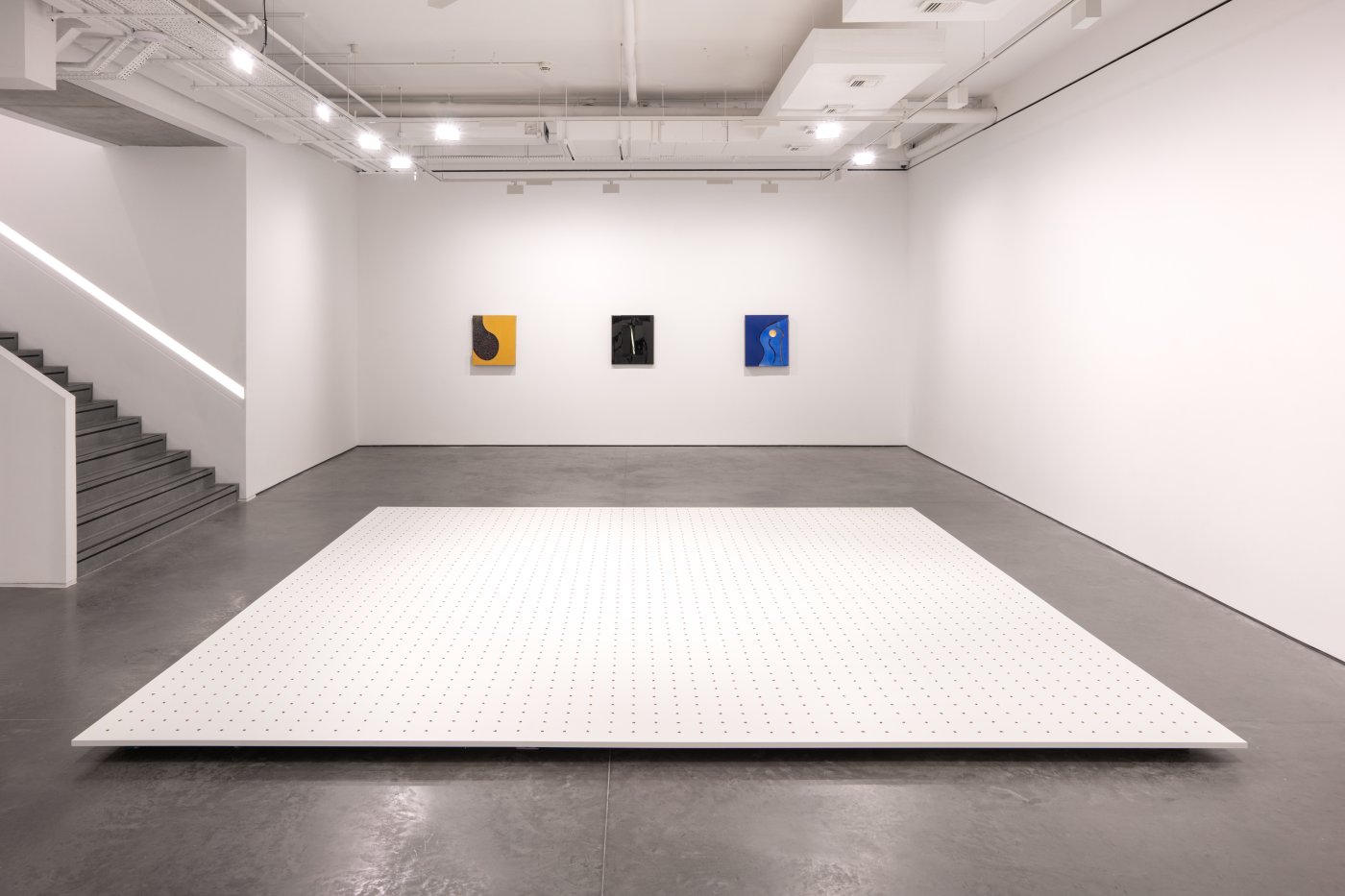 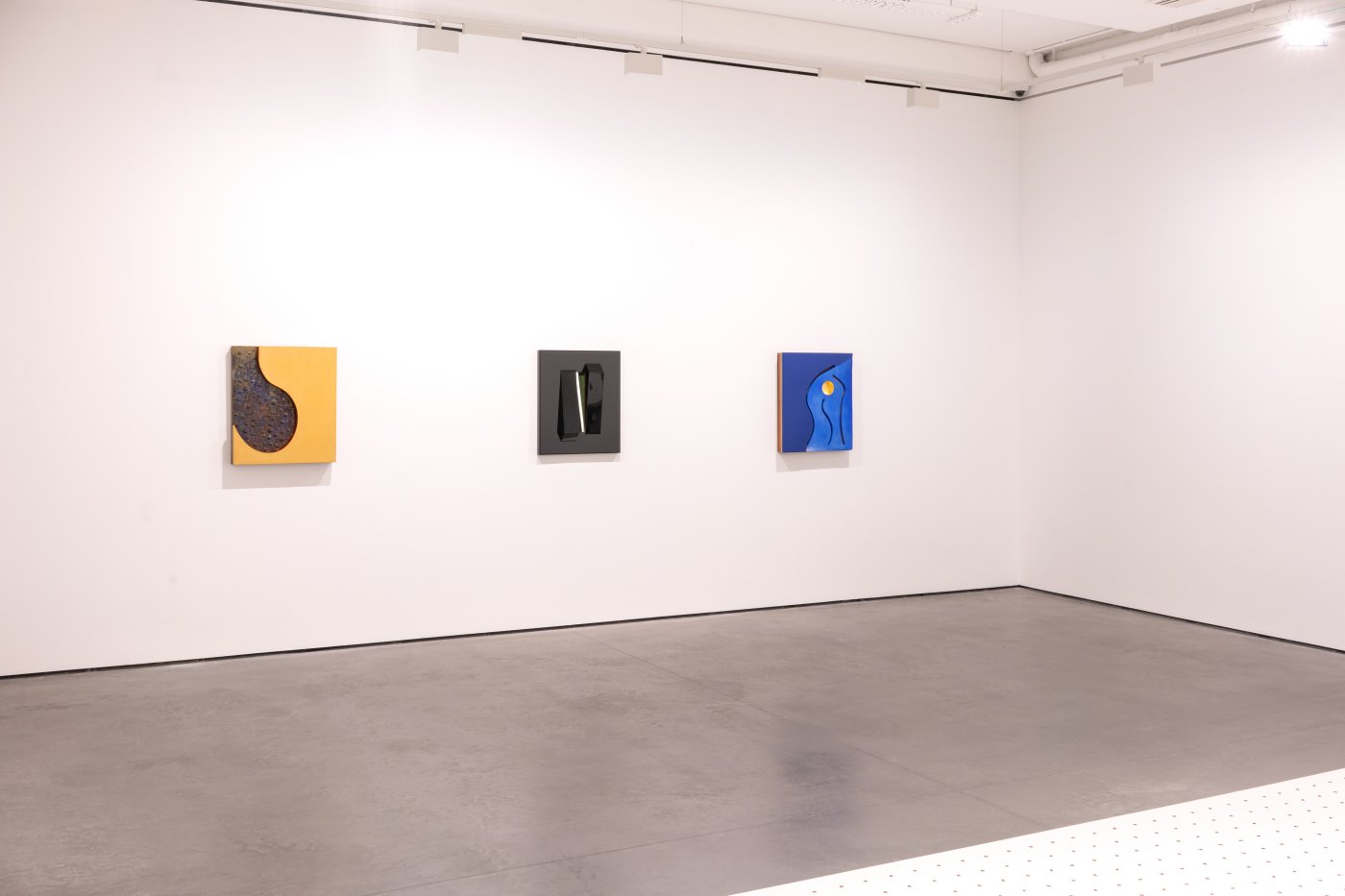 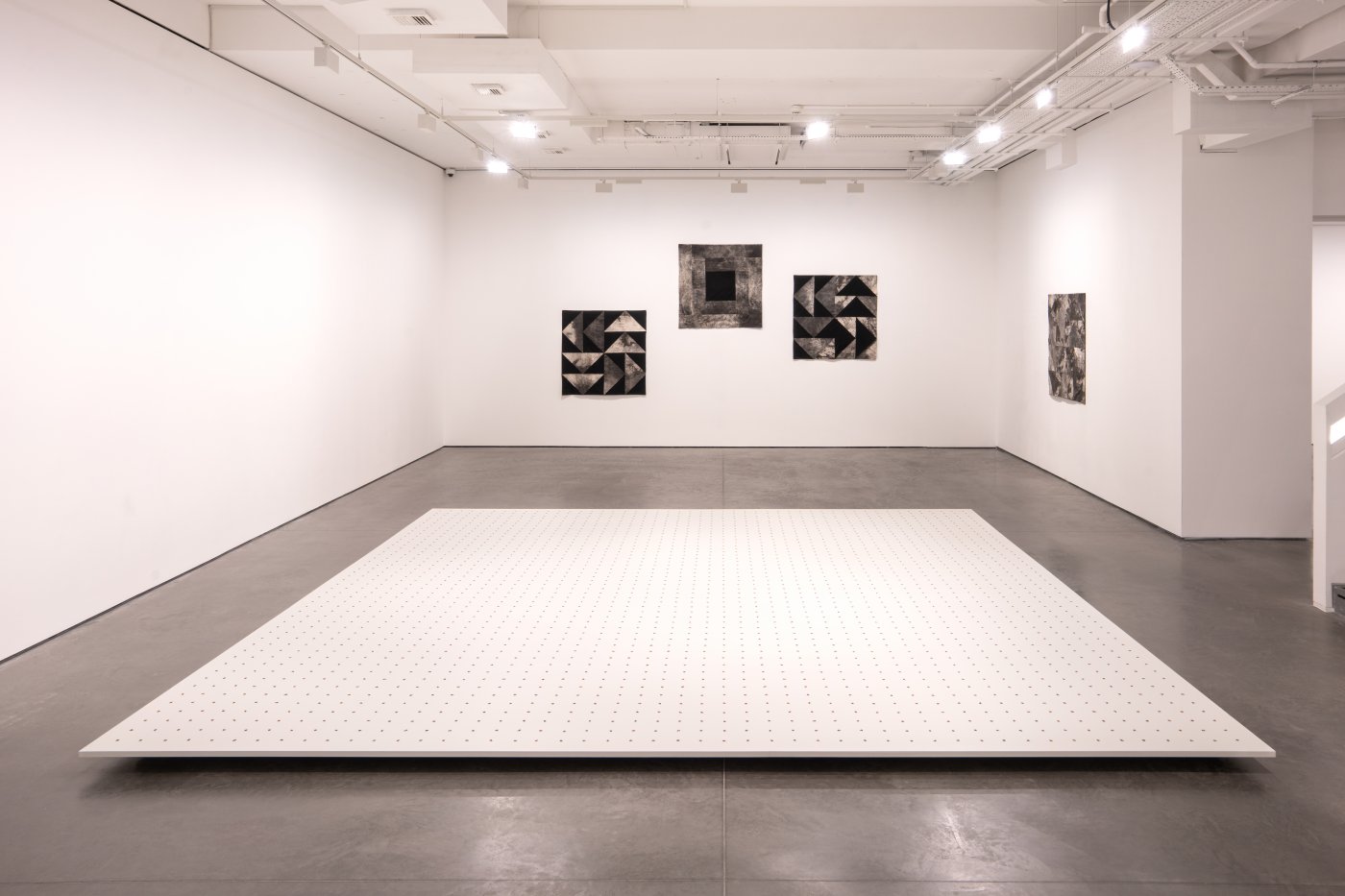 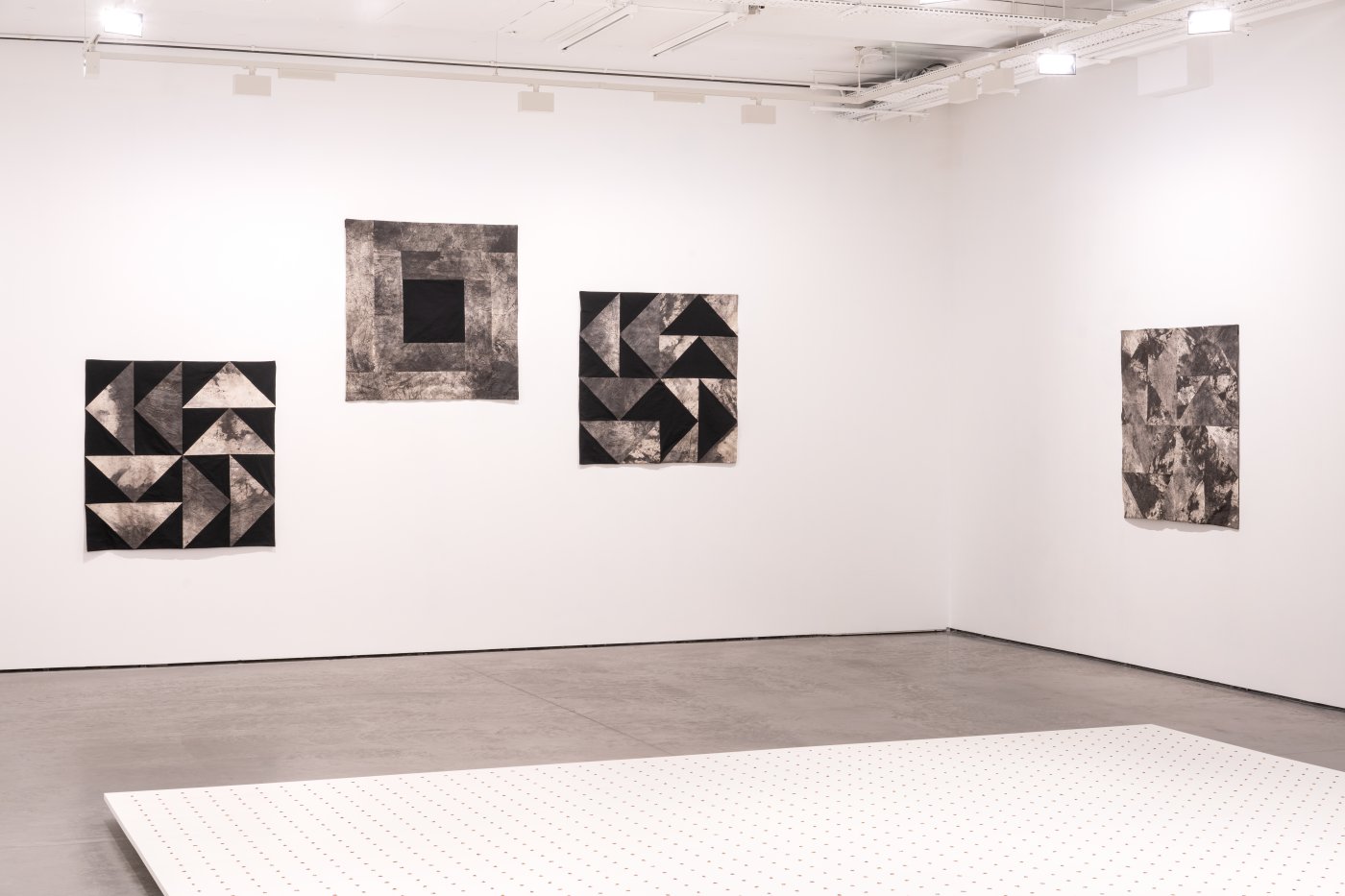 For Cache Kiwanga has created a series of formal sculptures and installations that continue her interrogation of history, power and resistance. Using materials including ceramic, metal, gold leaf, embroidery, textile and mirror, Kiwanga’s mixed-media works and wall-based reliefs revolve around the formal exploration of Cosmogonies, which encapsulate numerous creation myths from Asia, Latin American and Africa.

Kiwanga’s research-based practice is rooted in materials used to entrench social, political and economic power structures as well as the artefacts used by those who have learned to circumnavigate these obstacles. Explaining this further, the artist states:

“It’s never a purely aesthetic response that will lead me to choose a particular material. I select a material for a number of different reasons. Firstly, a material is of interest because of the historic, political or geological history it points to. Secondly, the ability of a material to open up other ways of understanding complex issues is something I trust in.”

A clear example of this process can be found in an arrangement of steel works covered in sisal, a golden spun fibre traditionally used for rope and twine. Kiwanga first encountered sisal travelling through rural Tanzania,
a primary exporter of this particular flowering plant. Mesmerised by the crop’s “rhythmic rows” and high gold, or yellow colour, Kiwanga came to learn more about sisal in relation to Tanzania’s political, economic and social history.

“The agave cactus was first brought illegally to Tanzania by German plantation owners who began to develop the crop on large scale,” Kiwanga explains in an interview from her new book published by Kunsthaus Pasquart. “At the time of Tanzanian independence, plantations that had once been privately owned were nationalised, in an attempt to assure Tanzania would be economically self-sufficient. Sisal was meant to play an economic role in the country becoming an independent socialist state. Ugamaa socialism failed, for many different reasons, but when the price of sisal plummeted on the world markets it contributed to this as it adversely affected prospects of financial resilience.”

Semence (2020) similarly brings a natural element to the fore in the form of rice grains. The work builds on Dutch researcher Tinde Van Andel study of the introduction of red rice into Suriname and Virginia, US, which has its roots in a grain brought from West Africa via the slave trade. The rice would have been integrated into clothing or braided into hair as a means for providing self-sufficiency in the eventuality that those brought over to the Americas would escape slavery. Kiwanga references this history, replicating these rice grains in the form of tiny life-sized ceramic sculptures. For Semence, these are arranged side by side to make up a monumental five by five metre installation comprising 15 000 individual ceramic grains.

In a sequence of quilt works created out of cotton treated with pigment and salt water from the Atlantic Ocean, Kiwanga extends the intangible components of her narrative compositions continuing her investigation into stories related to the transatlantic slave trade. For the artist the sea is itself an archive and witness of this violent past. The cloth works Triangulation: 1,2 and 3 (2021) combines and materializes her analysis of forced movement and liberatory strategies.

Kiwanga’s use of symbols on the textiles allude to the safe houses along the Underground Railroad which were often indicated by a quilt hanging from a clothesline or windowsill in order to help slaves to escape to Canada and freedom. These quilts were said to be embedded
with a code, so that by reading the motifs sewn into the design, an enslaved person on the run could know the area’s immediate dangers or even where to head next. The quilts are vehicles for the voices and footprints of people running for their lives, Harbour (2021) a quilt hanging with a black center is said to indicate a safe house. The quilts code could also be used as a compass and formed a signal for enslaved people to follow directions as they migrated north.

A series of wall works The worlds we tell: Nü Gua, Xevioso, Dojity and Micha (2021) comprising wood, ceramic, painted steel, and gold leaf materials sit at the junction of science and nature. In examining aesthetics and shifting perspectives in forms, Kiwanga considers how storytelling is used to form social and cultural structures.

These works are typical of the research that goes into each of the works included in Cache. Drawing on her background in anthropology, Kiwanga raises questions around knowledge construction and power asymmetries simultaneously creating structures of resistance through engaging alternative histories and highlighting the prevalence of fiction in hegemonic narratives.

Hans-Ulrich Obrist, artistic director of Serpentine Galleries in London, attests to this, saying of Kiwanga: “Her incredible curiosity to connect disciplines, the link to Afrofuturism, sci-fi and anti-colonialism, yet at the same time the incredibly precise way of finding forms to channel these many fields seems always urgent and surprising.”

In 2020, Kiwanga received the Prix Marcel Duchamp (FR). She was also the winner of the Frieze Artist Award (USA) and the annual Sobey Art Award (CA) in 2018.