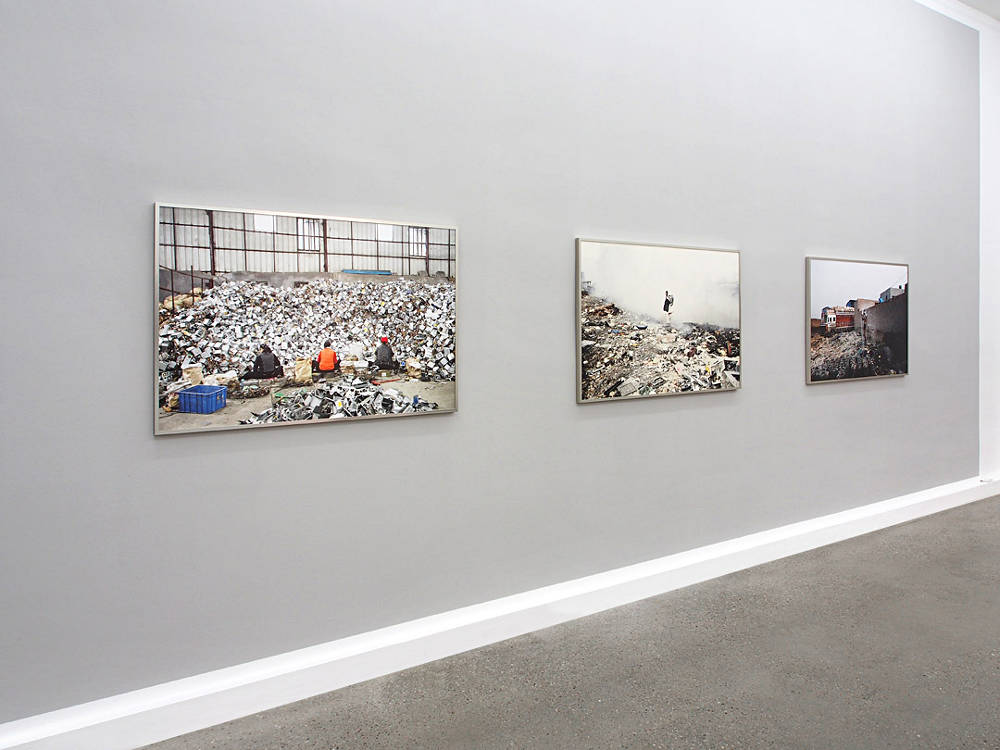 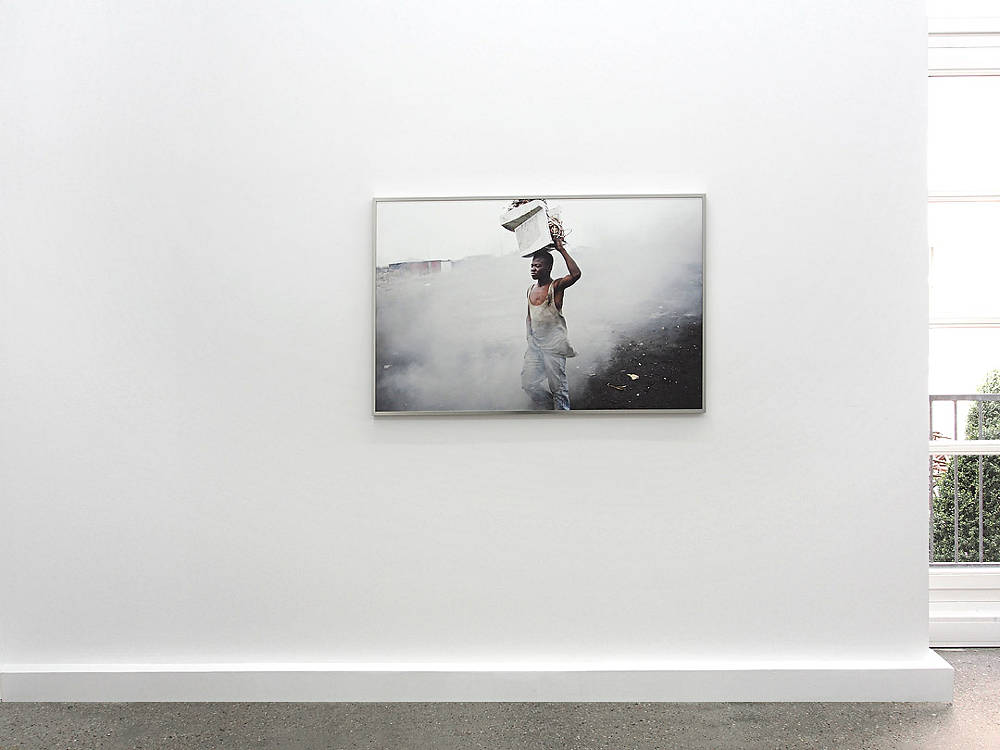 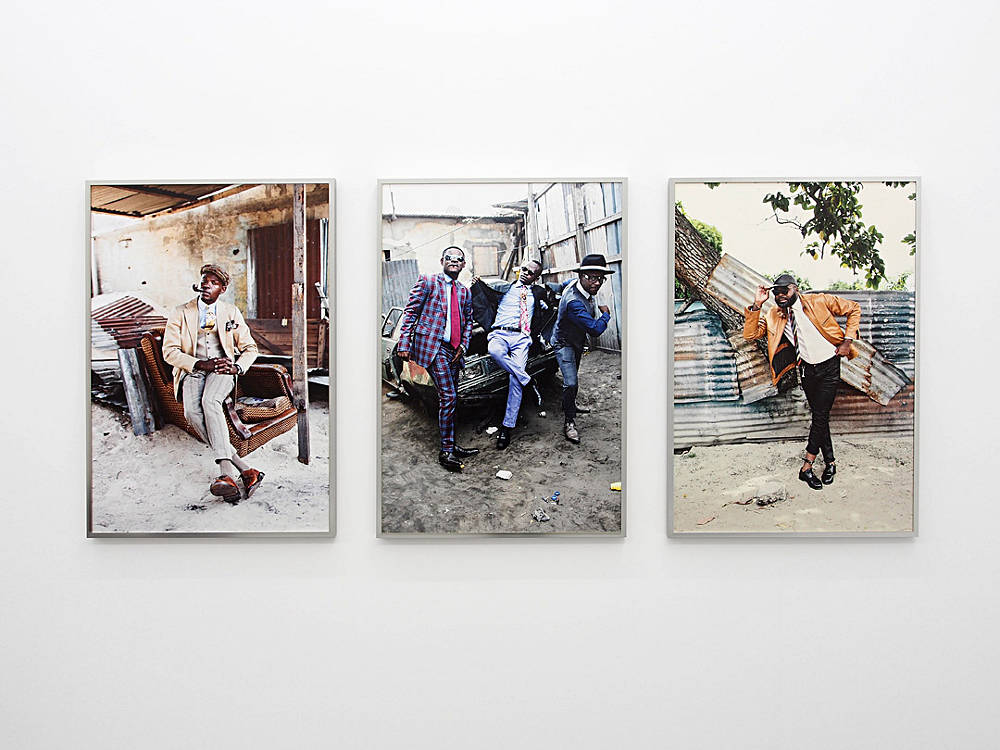 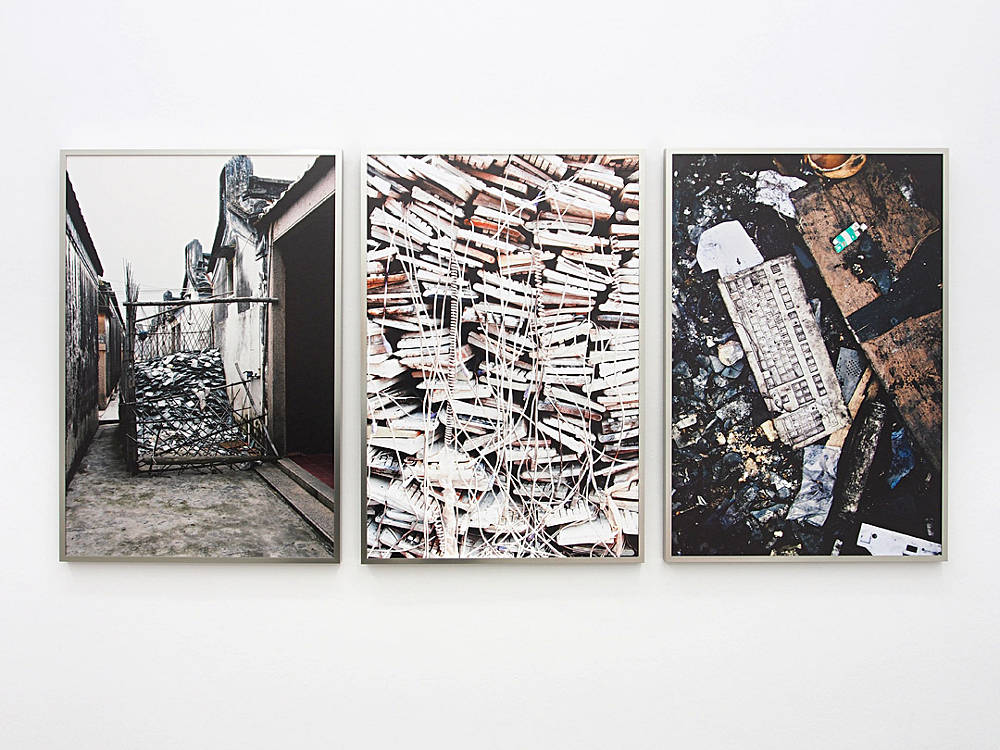 Having spent years traveling around the world taking photos for his long-term projects, Kai Löffelbein documents the socio-economic impact of 21st century globalization. Global-production chains, value-added chains, and the question of the human being’s position in it all: These are the issues that drive him. “Löffelbein’s work makes him a chronicler of this turbo-capitalism, where everything boils down to the money. His award-winning photos provide some genuine food for thought.” (Dennis Wagner)

The gallery’s exhibition focuses on Kai Löffelbein’s most famous photo series: “Ctrl-X, A topography of ewaste.” With his camera, he follows the path taken by e-waste that is illegally exported from the EU to Ghana, China and India. Products spawned by capitalism such as computers, mobile phones and tablets are recycled under the most toxic conditions, and yet for the people rummaging through the waste, every piece of metal is a treasure.

The exhibition focuses on people and features a portrait series that Löffelbein shot over several years: the “Sapeurs.” The people in the portraits live in Brazzaville, Congo. Some are women. They all form part of an unofficial society of dandies and, since 1970, have been meeting on Sundays under the name “Société des Ambianceurs et des Personnes Elégantes.” The presentation of exclusive designer brands catapults the wearers into the world of luxury and power, giving them a fictional new identity that feels real. Löffelbein’s photos show the pronounced contrast between the dazzling subjects in the photos and their everyday environment.