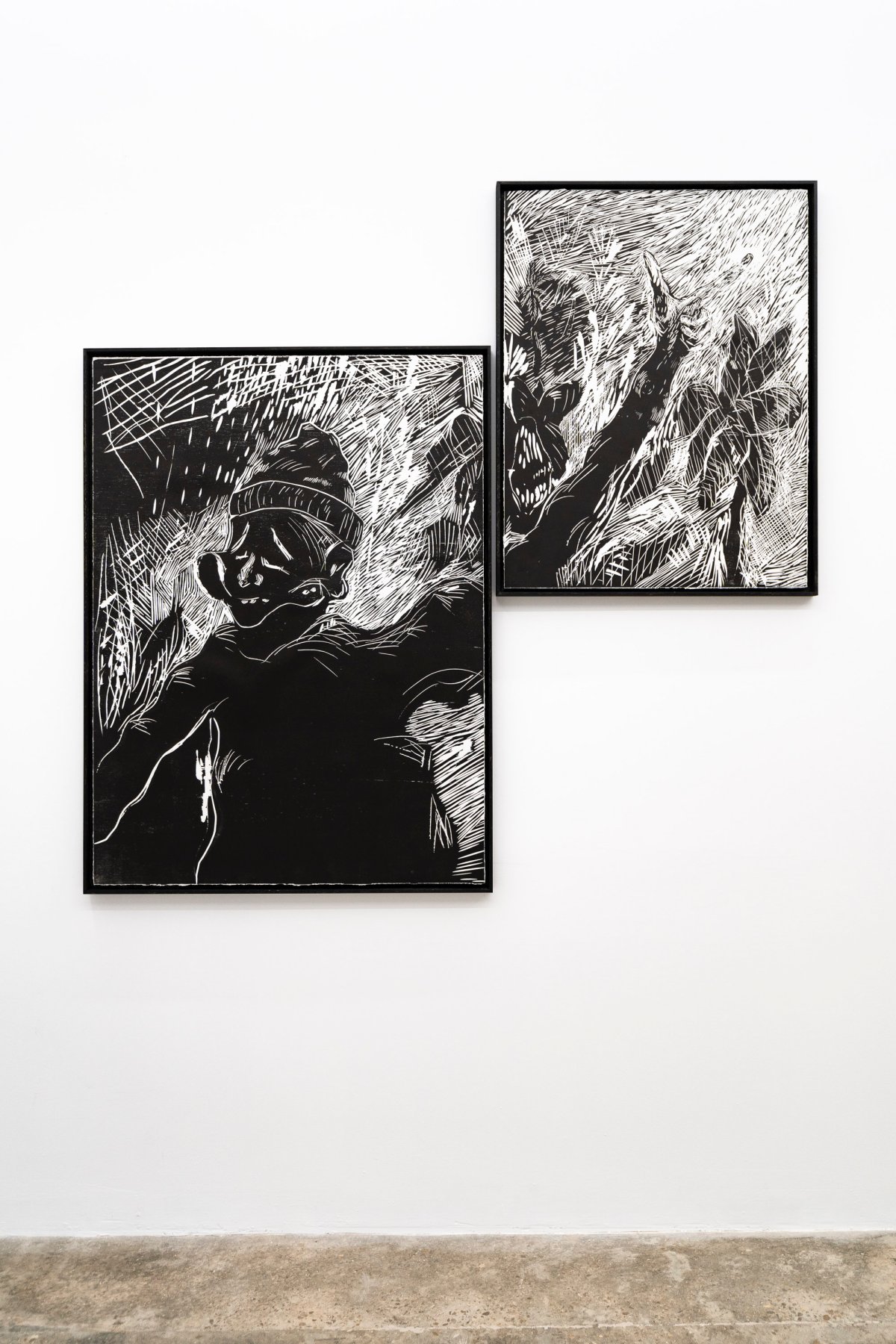 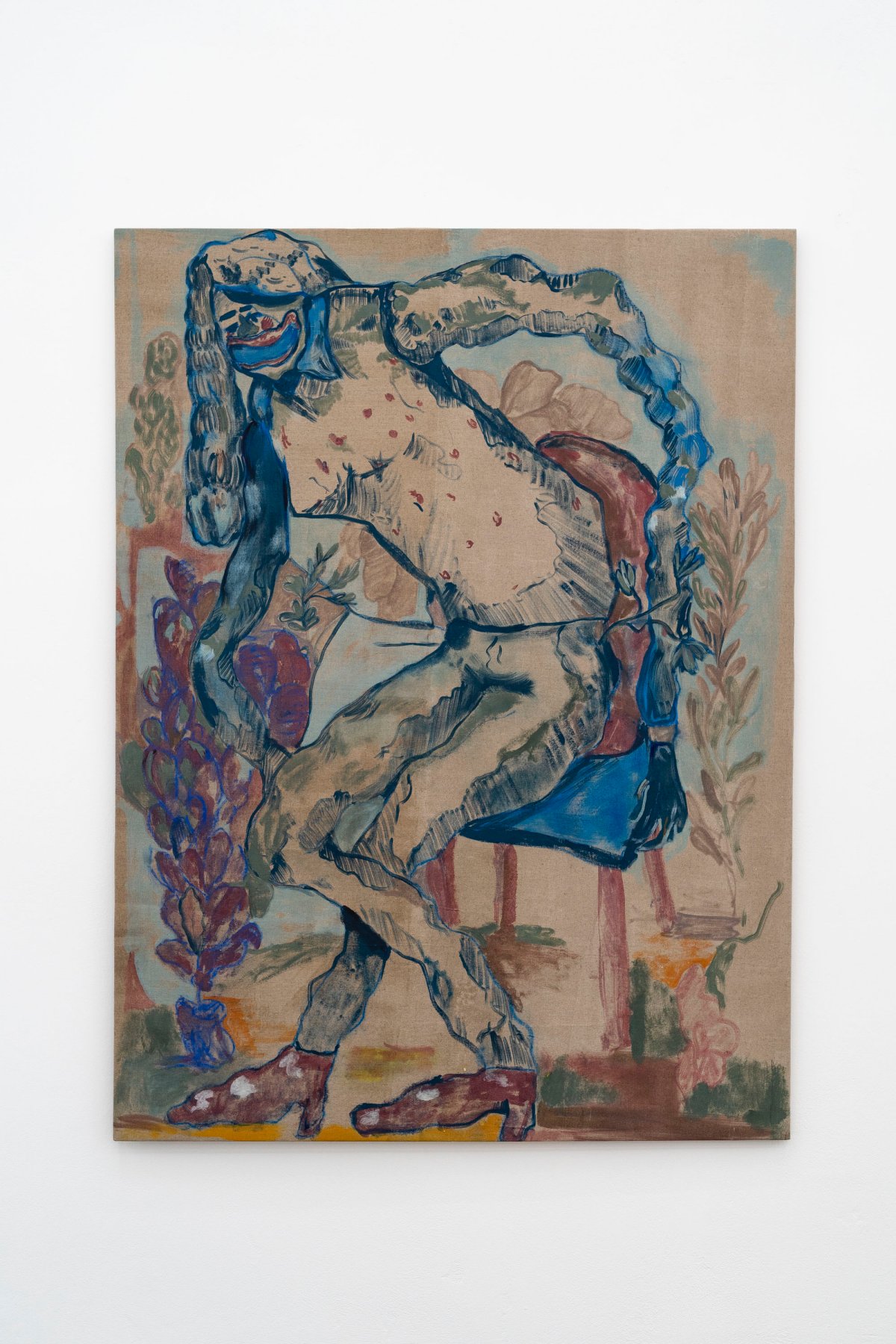 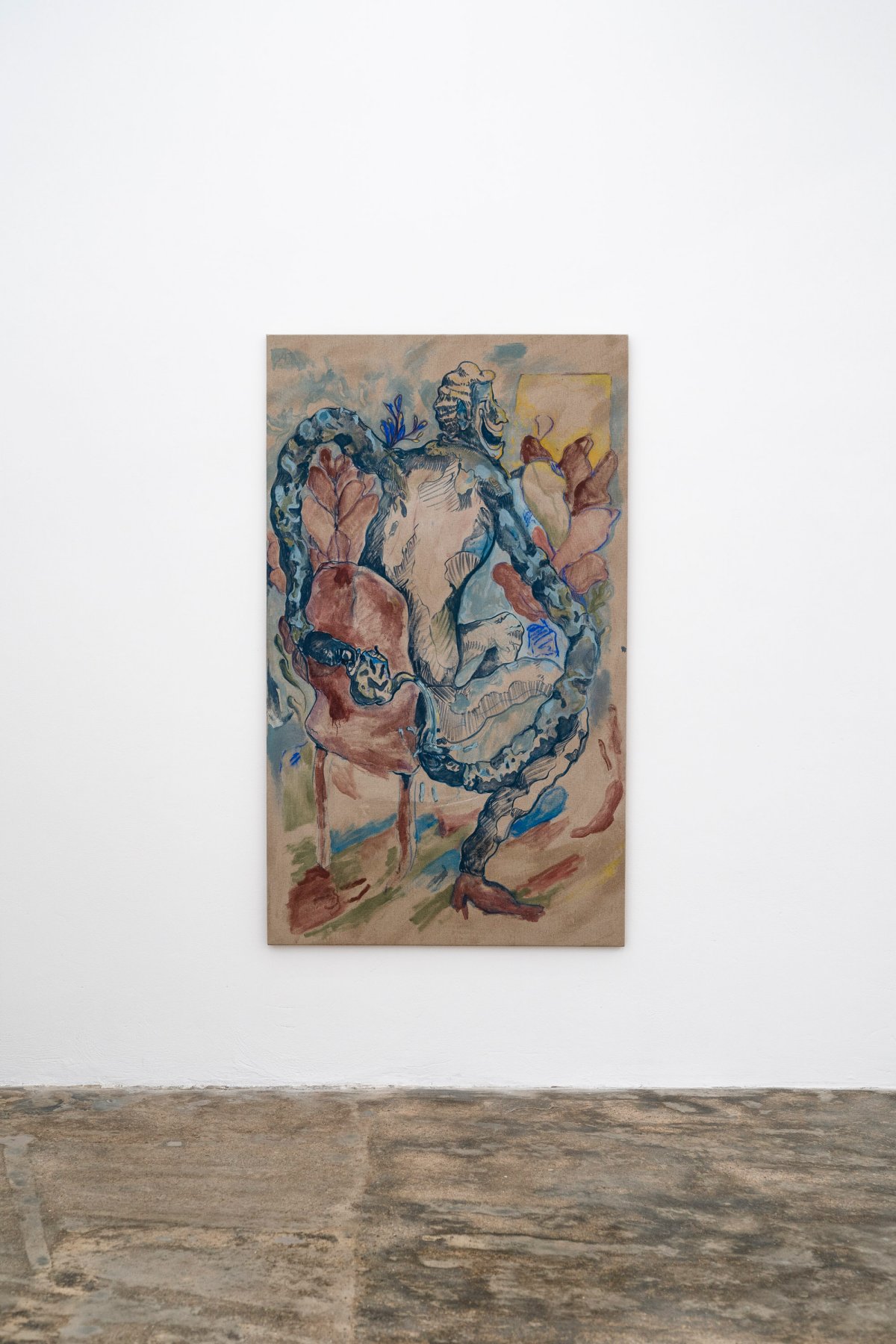 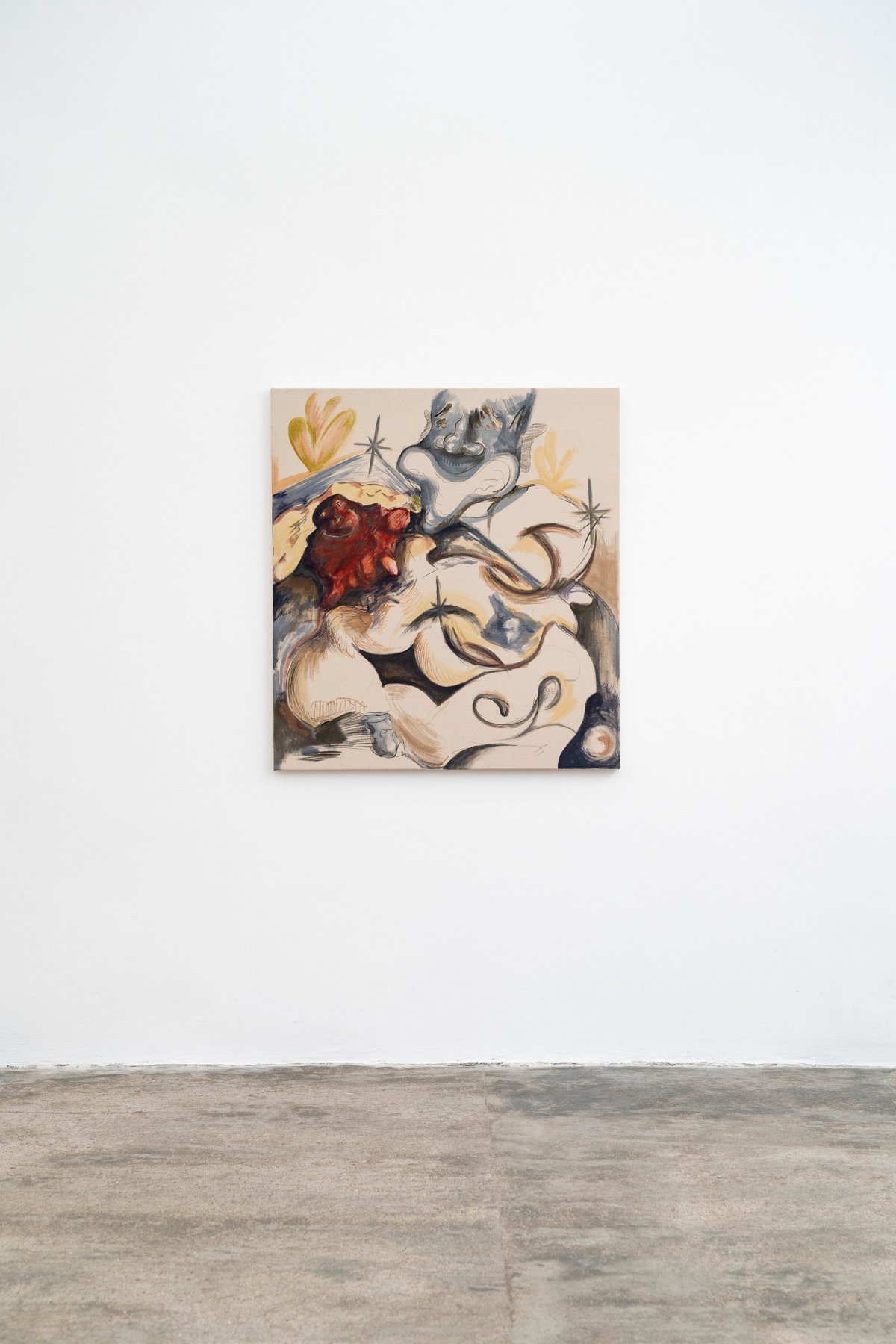 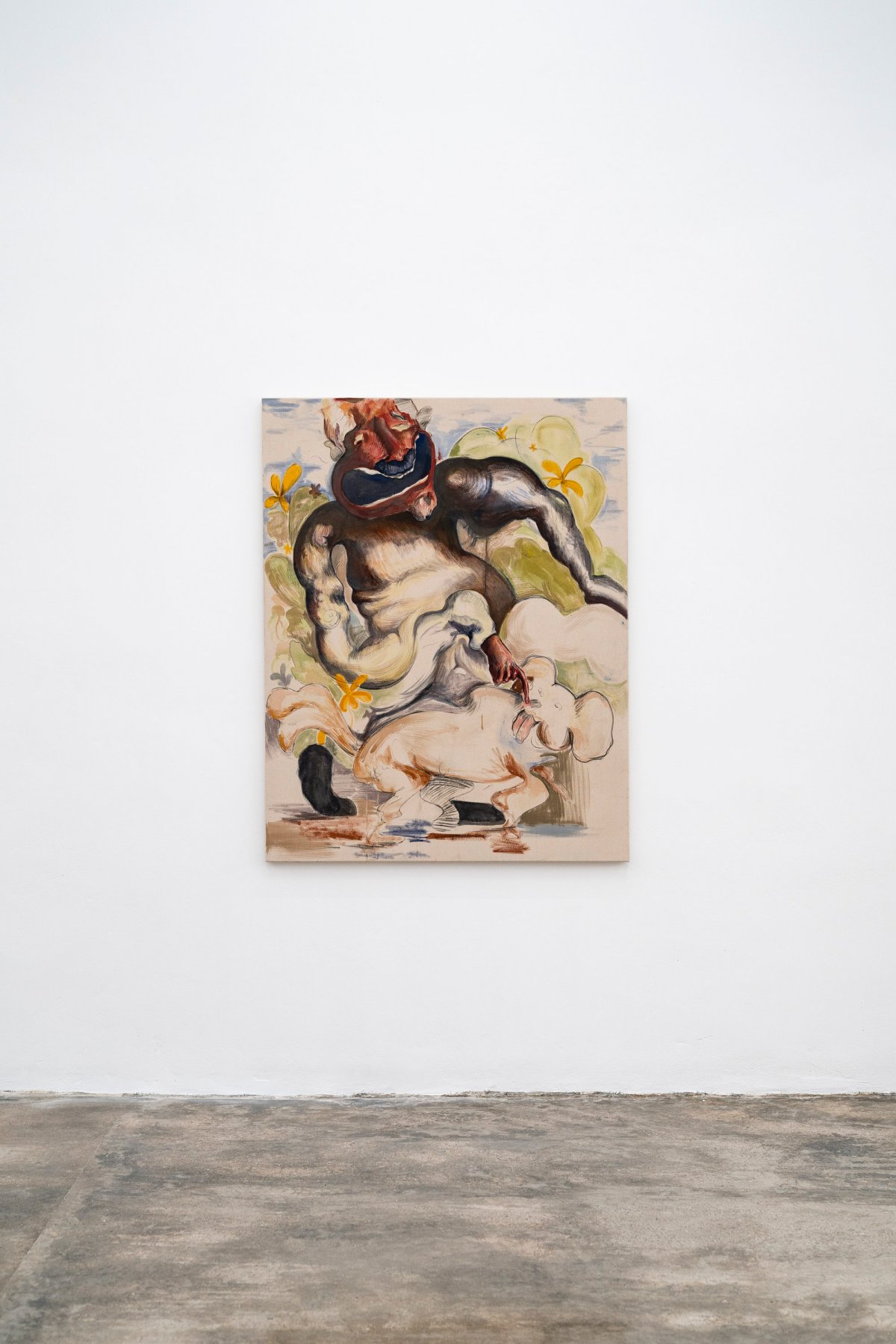 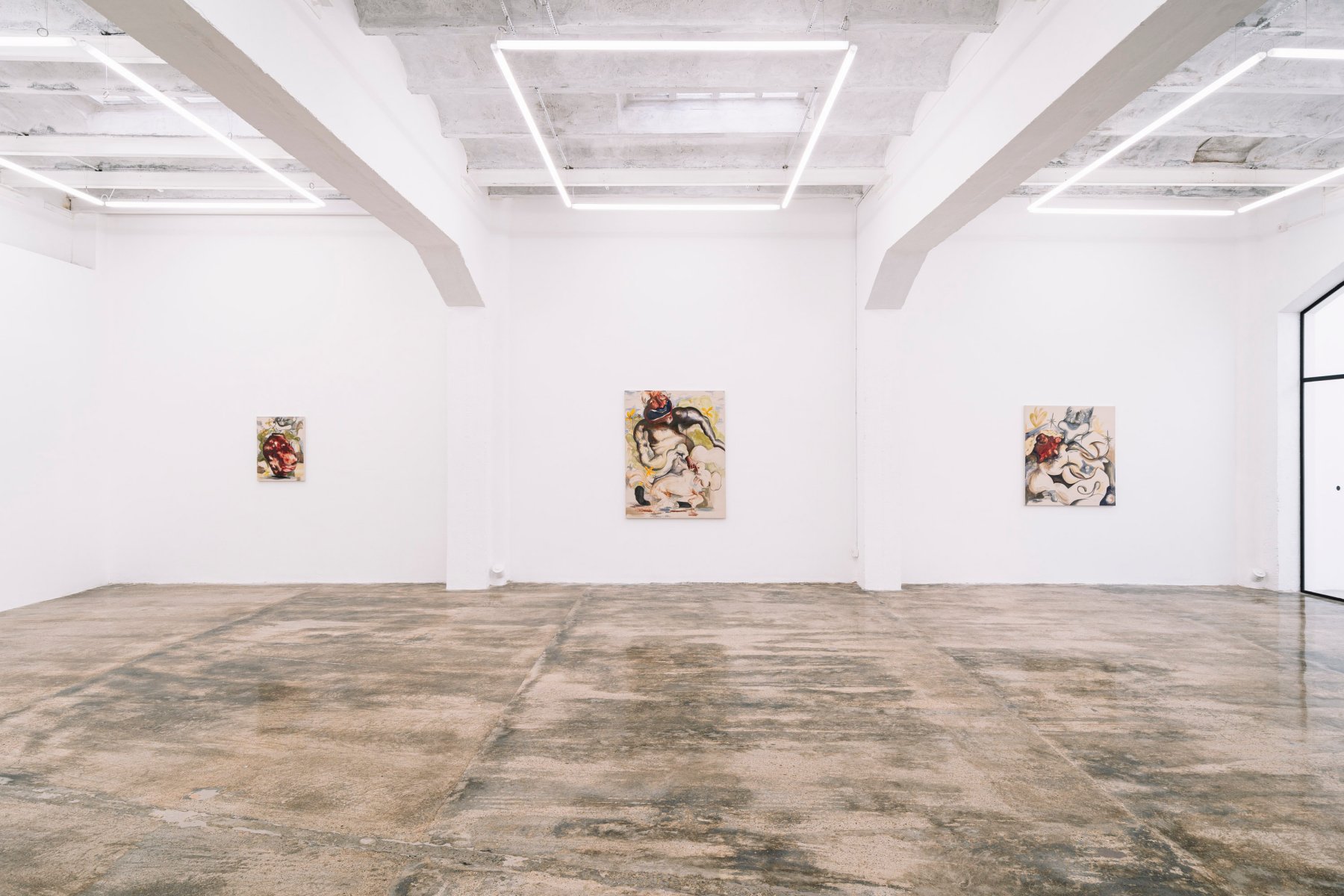 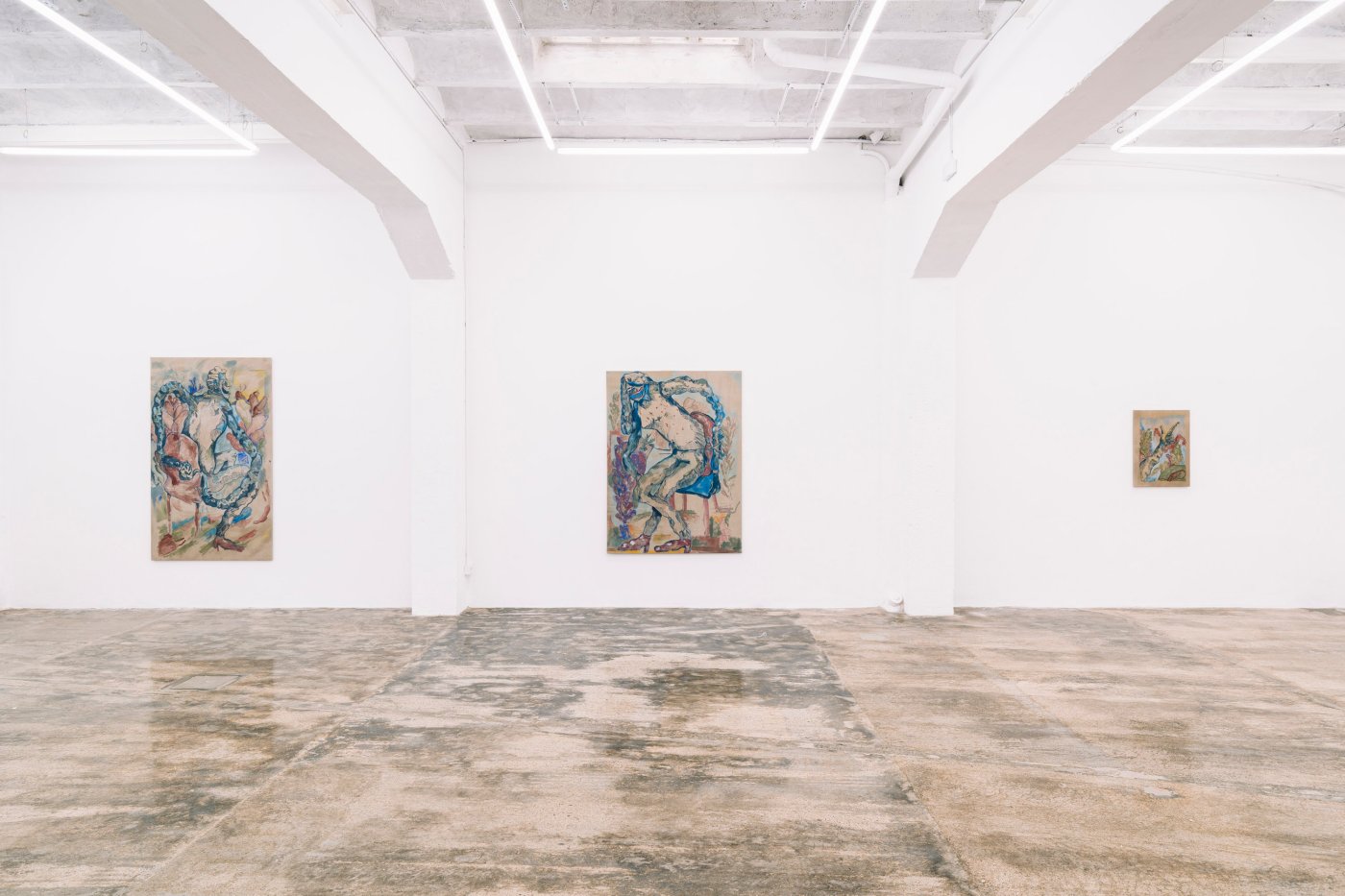 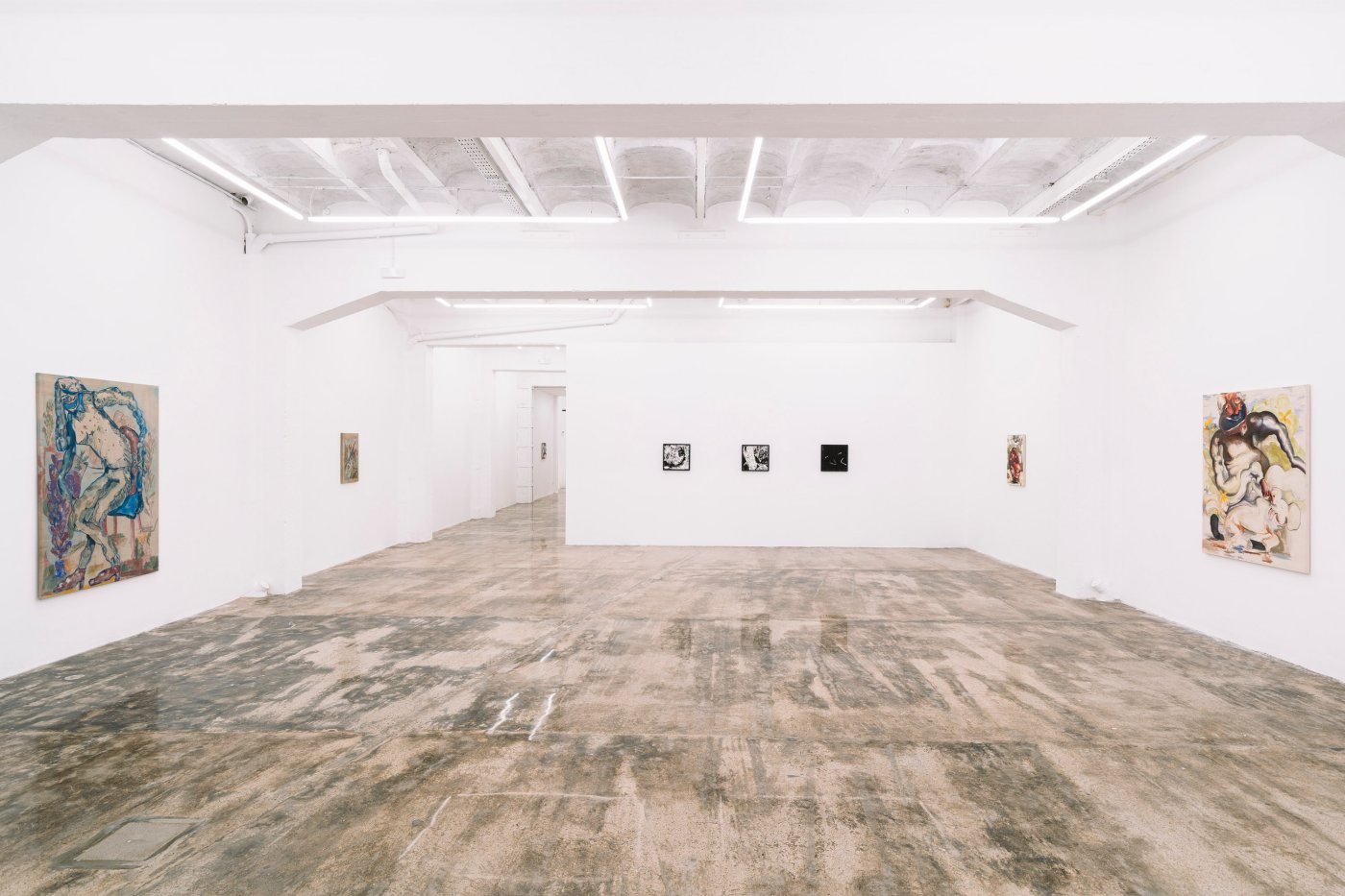 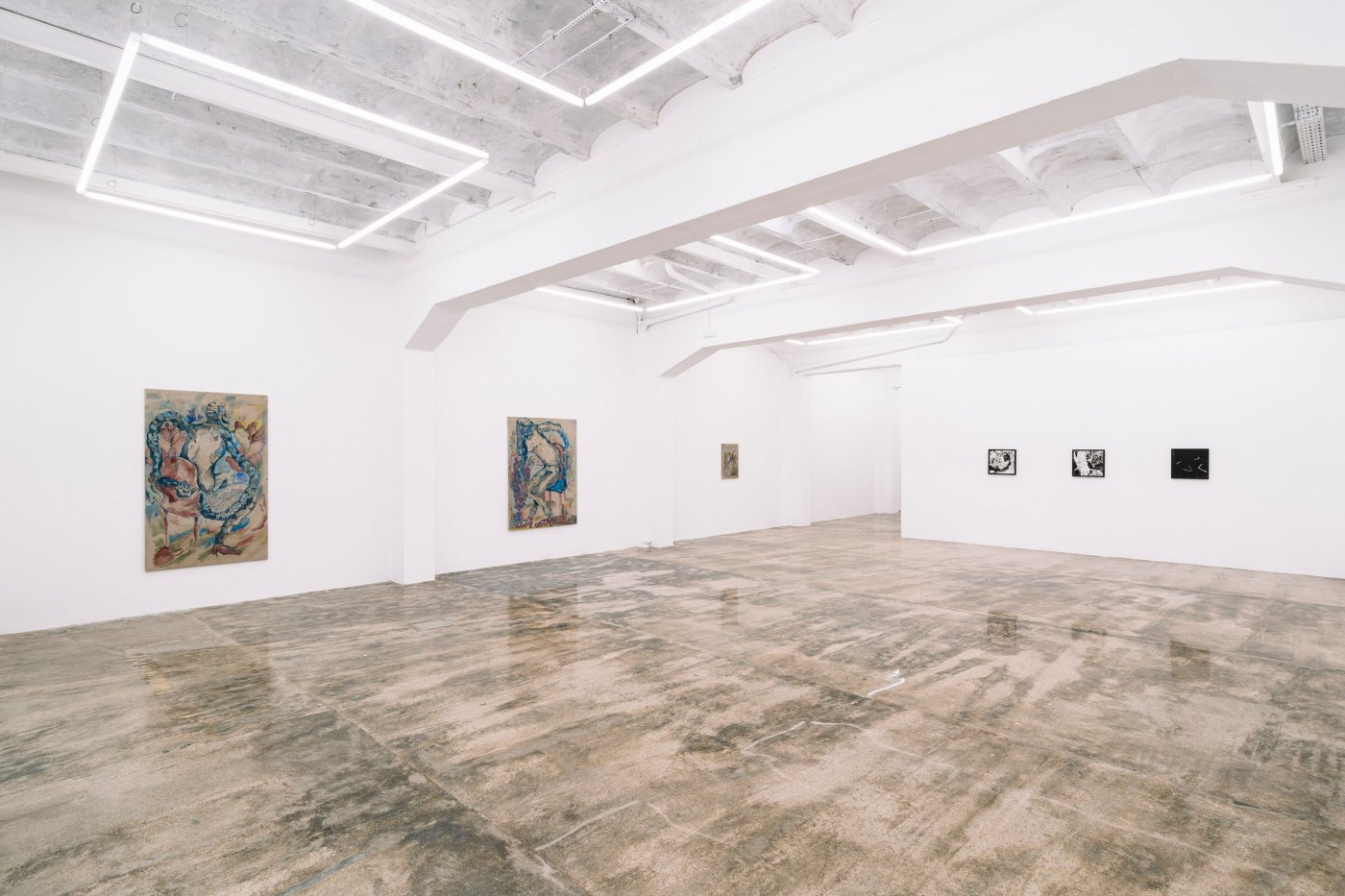 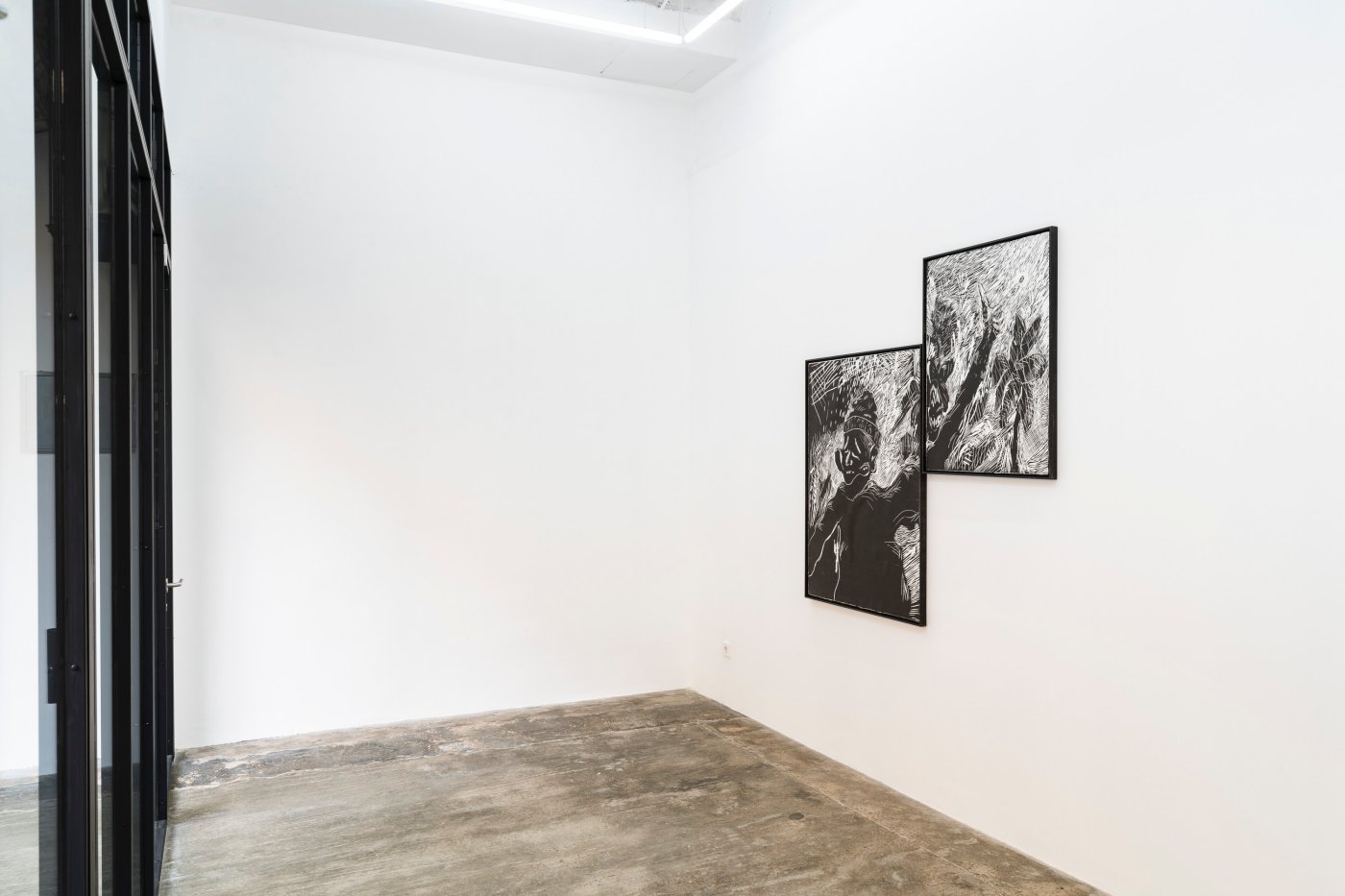 Born in Argentina, Varela was raised in Spain to complete his studies at the prestigious Royal Academy of Fine Arts in Antwerp, Belgium. Julio Varela’s work is build upon notions of fragmentation where contradiction and humour cross paths quite frequently. The artist proposes an itinerary as categorical as it is trivial that enables him to explore the idea of the marginal — not as much in a socioeconomic sense but rather as an unfolding experience of the absurd-quotidian.

As he himself states, all his pantings should be considered drawings and the category of portraits as landscapes. With an economy of resources that highlight his compositional artifices, the use of the line and a certain chromatic contention are the defining formal elements of his work. Varela’s paintings are rather crude revealing themselves as they really are. The situations that Julio Varela choses to represent bring him closer to the vignette style which in his case are built with fast and lucid brushstrokes producing thus an immediate effect of fragmentation. Preserving the original shade of the linen, Varela seems to carve the pictorial surface instead of carefully covering it with painting; the stains of colour, a priori sporadic and dubious, follow a carefully syncopated rhythm that occupies the whole surface of the linen.

Such fragmentation reveals itself not only as mere formalism but also brings in a poetic stance that tackles issues around the pass of time and memory. Capricious time lines that modulates our own perception and that of a reality we know it is ever changing and immeasurable. The characters that appear in his imaginary, with its distorted faces and impossible extremities, pretend to illustrate the difficulty to fix a logical and rational position of our existences. Varela’s work contain caricature and grotesque like images that seek to generate discomfort on the espectador as well as its complicity. The unusual nature of his compositions, as well as the joking tone that thoroughly underlies it, comes from a profound sense of the absurd that the artist imbues in all his work.

In this chaotic order of things where we are met with elongated extremities and diagonal reading there is a constant that in a way brings some form of truce. The inclusion of references to nature indeed abound in all of his compositions, be it in the form of a landscape or as atrezzo. Here comes into play another characteristic of his work which is not other than the pleasure of contemplation, thing that comes from his fascination for Oriental art that since its very beginnings placed nature in the center of its aesthetic and spiritual concerns.

Tereré also includes a series of xylographies produced at Editions Maior workshop in Pollença. This line of work allows the artist to further investigate new forms of representation making use of a technique that again brings him closer to the Oriental tradition, in this case through the ancient woodcut artistry. And so, another constant remains; everything is still drawing made up of lines and strokes across the pictorial surface. Where there was colour, however, now we find the antagonism that comes from the confrontation of white and black, and linen is replaced by paper that absorbs the attacks of the gouge and the natural folds of the wood.