David Richard Gallery is pleased to present Julio Valdez, Water Paintings, in his first solo exhibition with the Gallery. The presentation includes a selection of 15 paintings created from 2012 through 2019 and one earlier painting from 2008 when the artist initially embarked on this ambitious and extensive body of work. 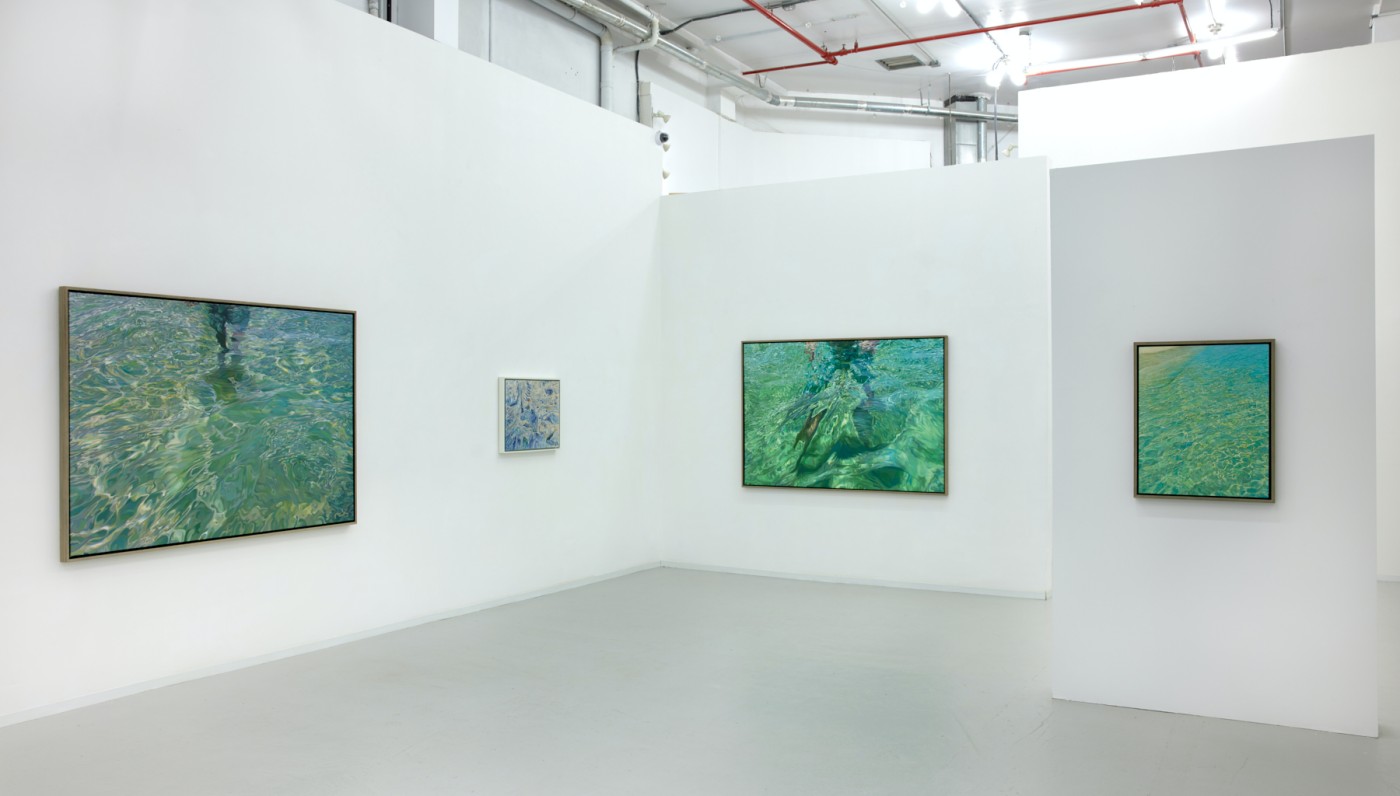 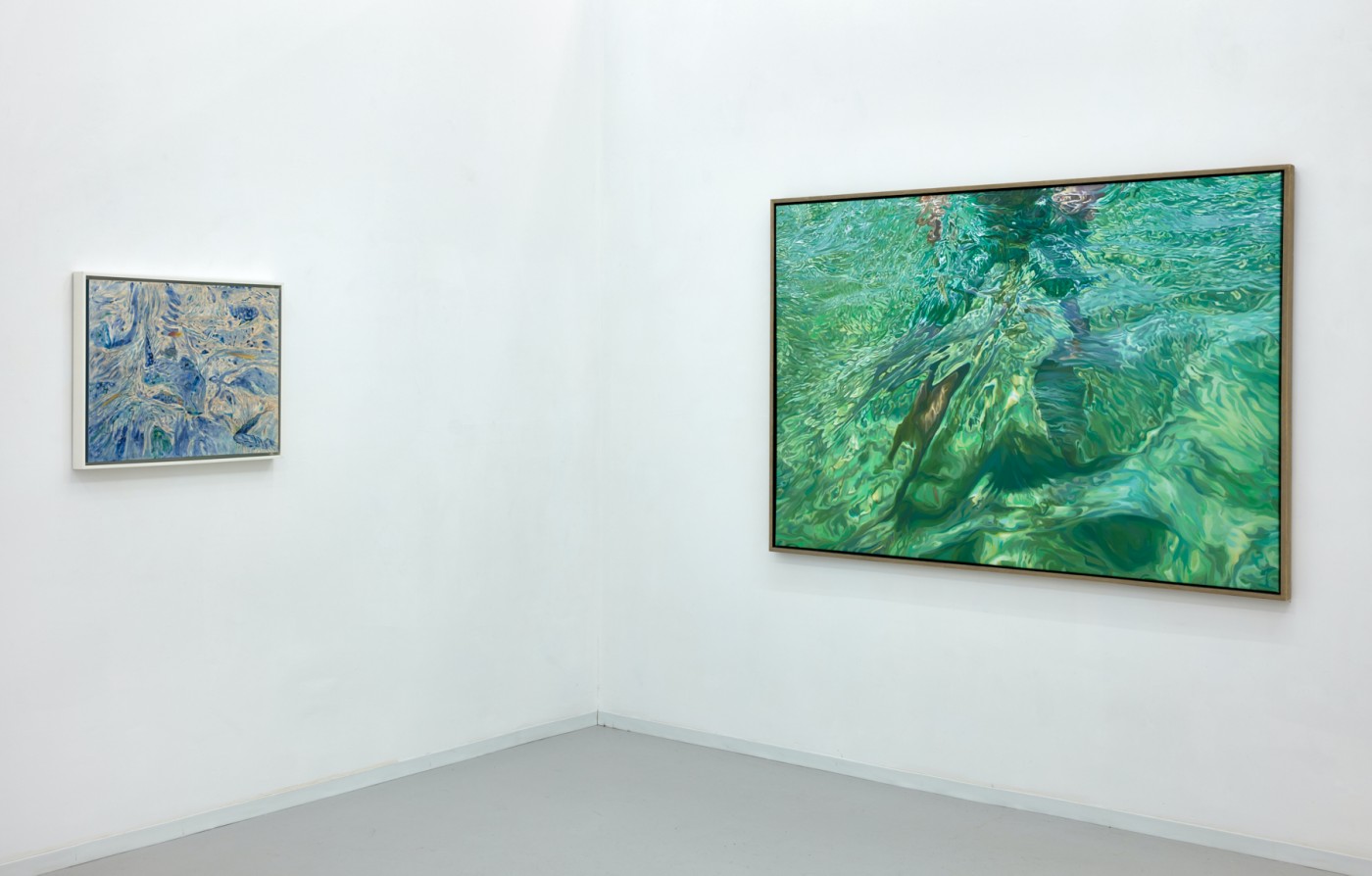 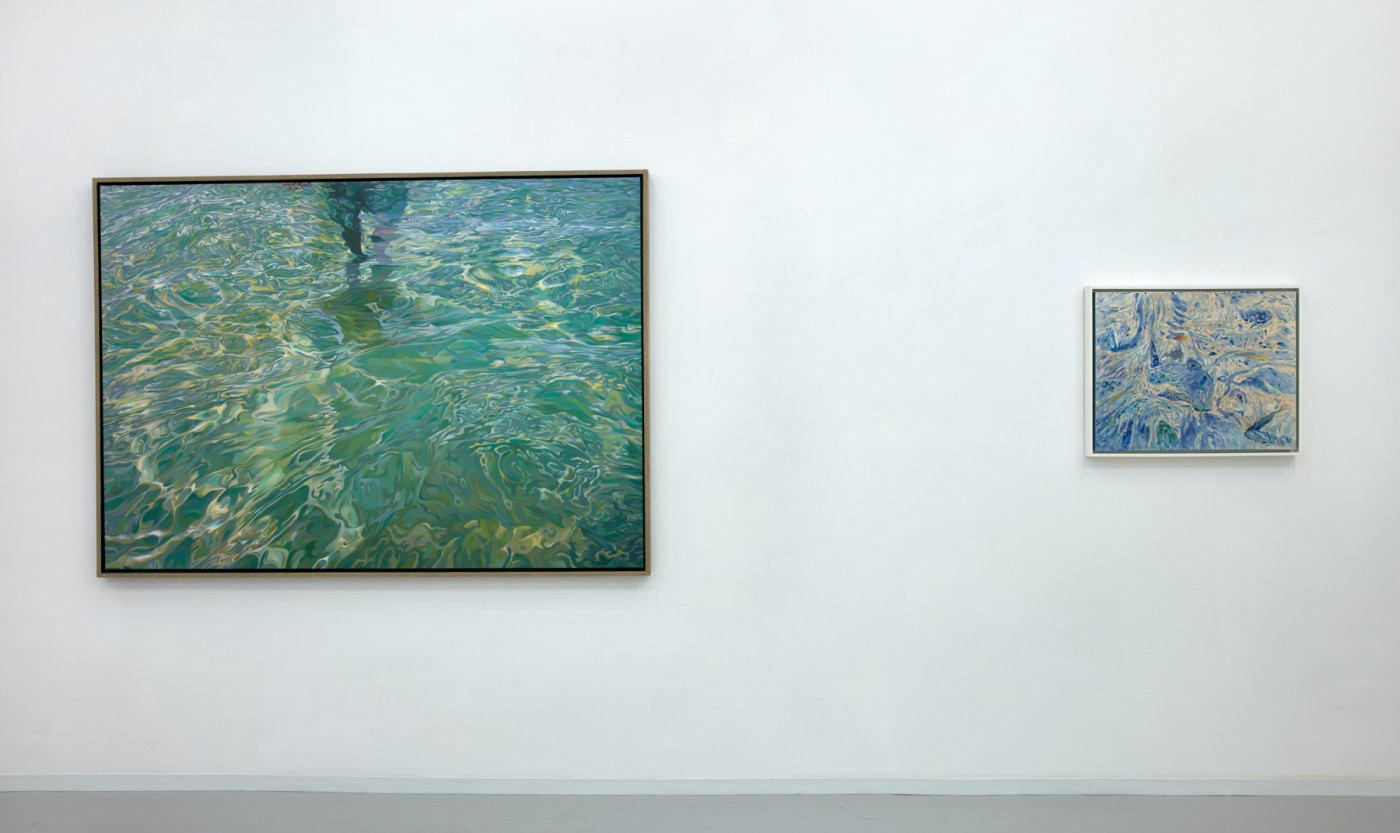 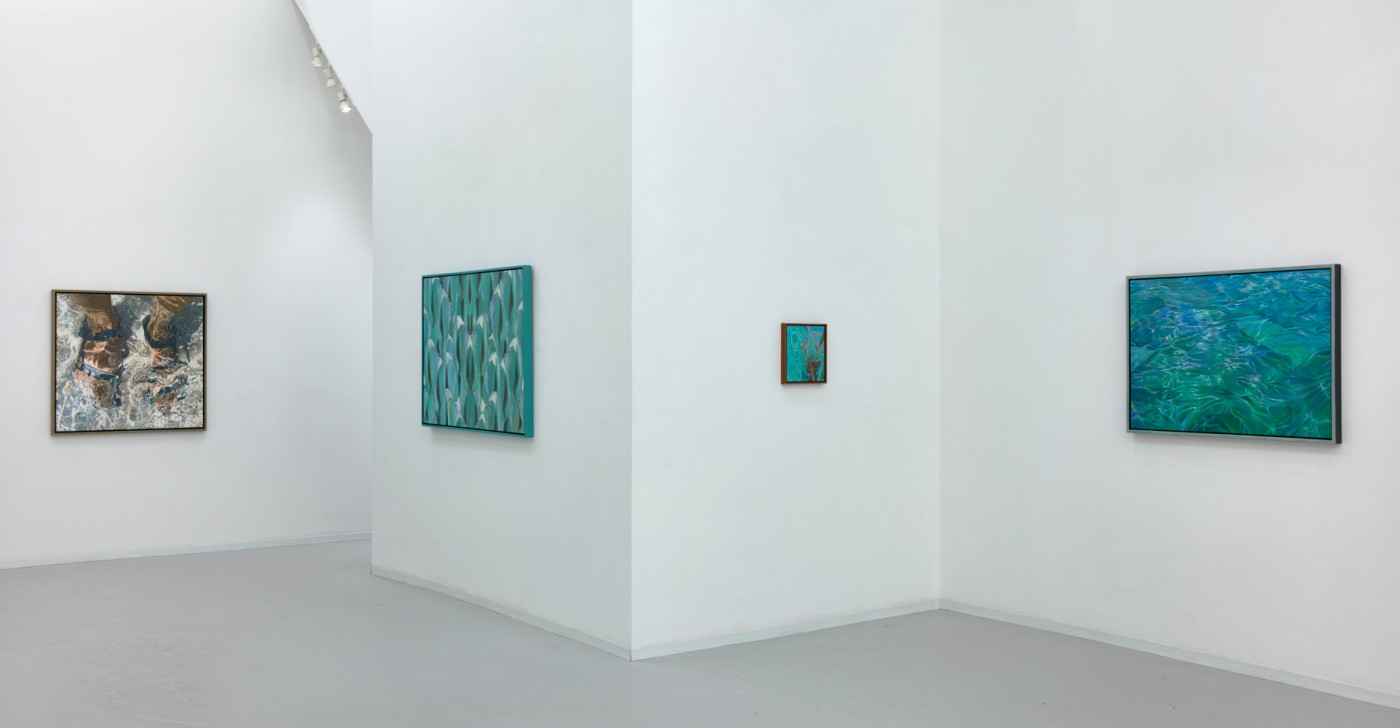 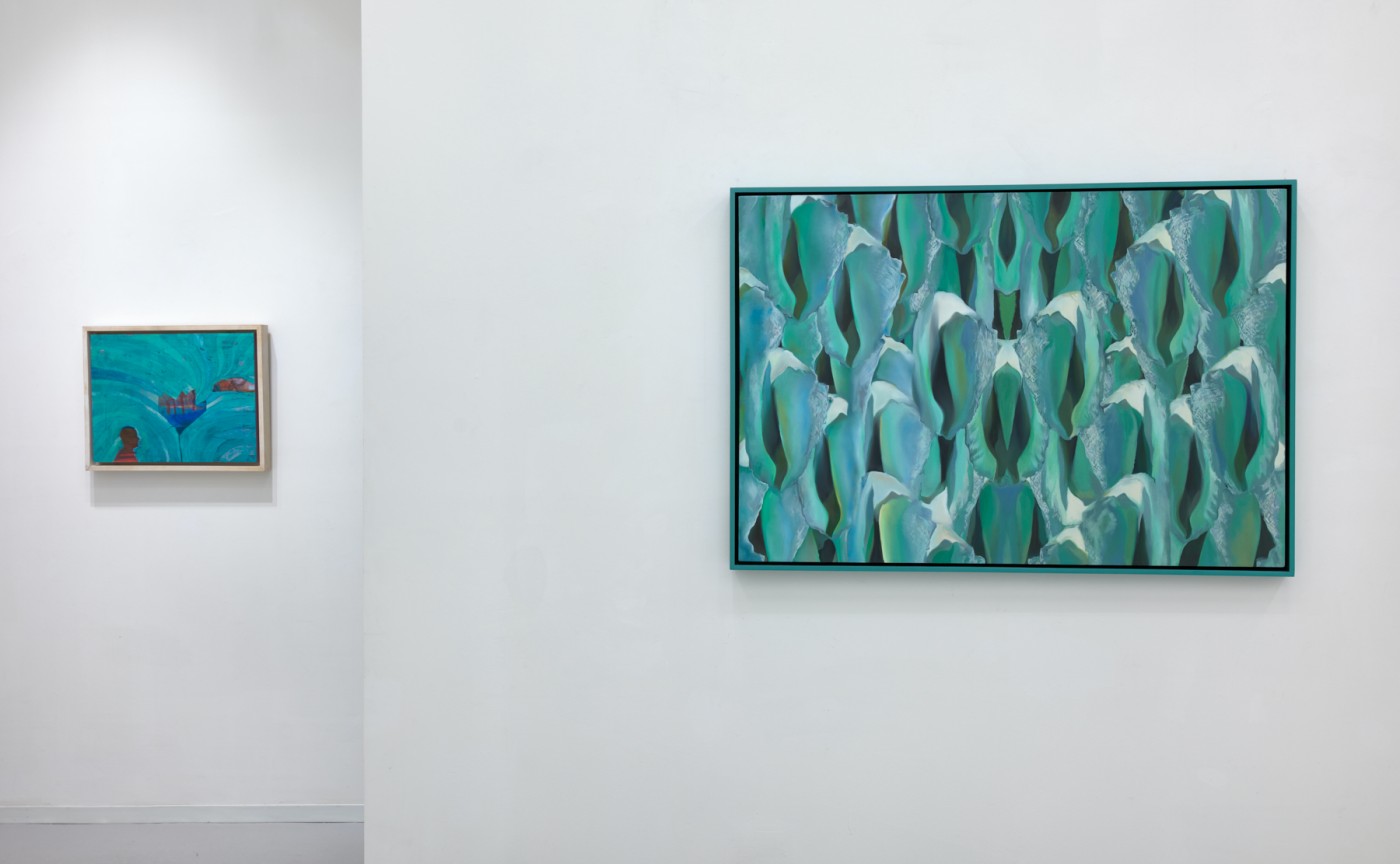 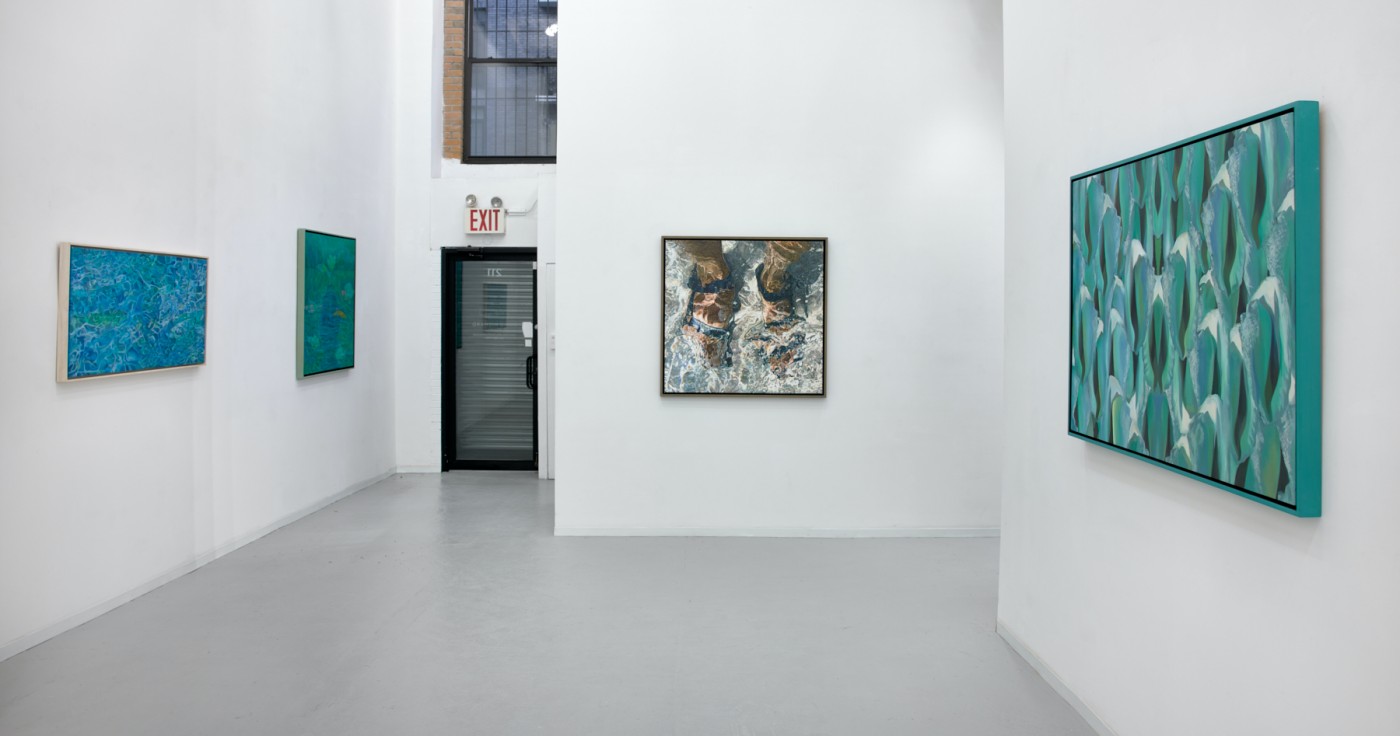 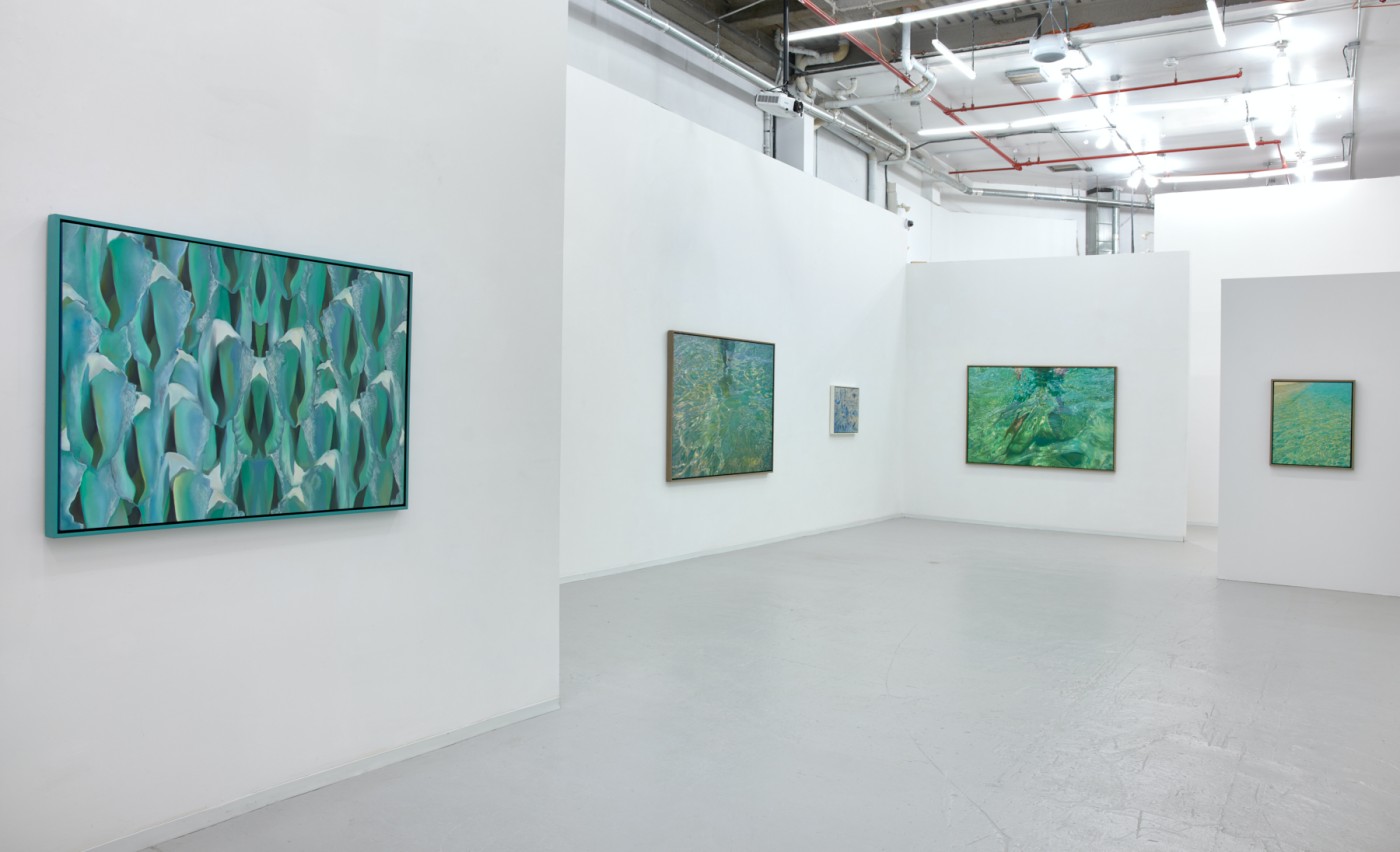 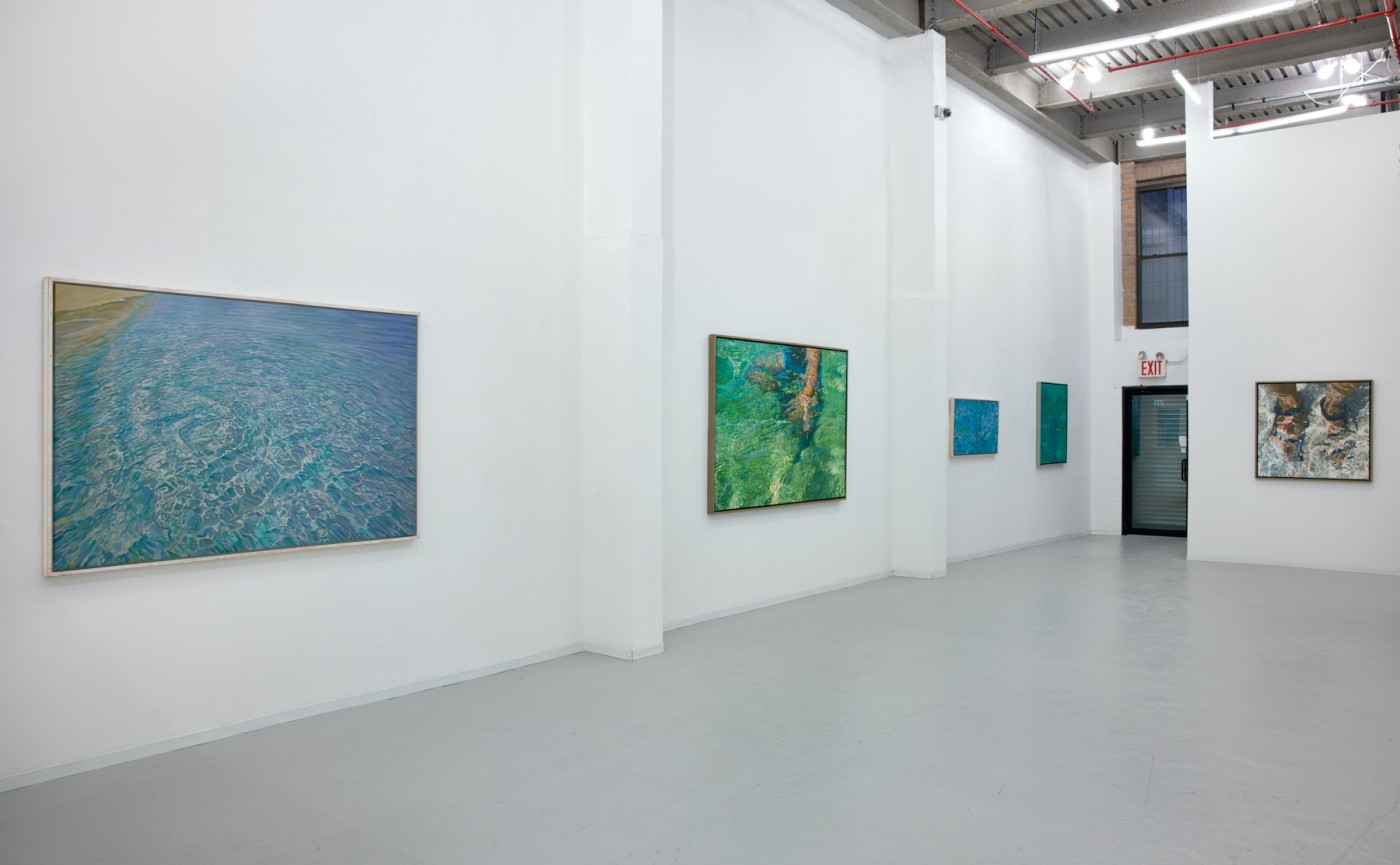 The sizes of the paintings in this presentation range from 12 x 10.5 inches up to 54 x 76 inches. Some of the largest paintings were prepared for and included in the 58th edition of the Venice Biennale where Valdez represented the Dominican Republic.

The Dominican Republic is situated between the Caribbean Sea and Atlantic Ocean. Thus, water was an essential part of Valdez’s upbringing. The ocean was a source of beauty as well as entertainment, livelihood, and commerce. However, as an adult, accomplished artist, and father, Valdez realized that the water’s beauty was not only the source of wonder and awe that inspired him to study and pursue art as a career, but full of literal and metaphorical depth, rich with historical, cultural, and political significance. These literal and metaphorical aspects have also become rich sources of imagery and exploration for the artist, imbuing his artwork with thought provoking visuals and critical content throughout his career. However, the cultural and political significance is scrutinized with a more critical eye, especially in the series of Water Paintings, now that he is a father and emigrant who views the ocean with his son in his sight and through a bicultural lens.

About the Paintings of Julio Valdez:

Formally, the Water Paintings are painted with a maturity and attention to detail of a seasoned and highly observant artist. The sophistication of their execution and realistic qualities make them almost photo-real from a distance, but the artist’s hand is ever present. Valdez painstakingly laid many thin transparent layers of medium and pigment to give the translucency, luminosity, and hues of the sea at various times of day and respective differences in the quality of light, including intensity, incidence, and spectrum. The result is near-pristine flat surfaces, harmonic color palettes and dynamic color adjacencies.

Conceptually, the surfaces of the Water Paintings function metaphorically to contrast the perceptions of what one thinks they see beneath the surface of the water versus what one actually sees if they go beneath the surface. The view beneath the surface is still distorted through the water which functions like a thick lens, but with far fewer reflections and distractions from the glare of light and fragmented view below due to the ripples of the water’s surface. Painting the surface of water is challenging and dizzying as it is a broken and abstracted view of what is below the surface, like seeing multiple views of an object simultaneously. The mind can make sense of it to determine the object, but it lacks visual features and accuracy of the whole. Thus, the view is very illusory in terms of scale, proportion, detail, and color, which makes the surface perfect for abstracting any object below it.

Julio Valdez was borne in Santo Domingo, the Dominican Republic, in 1969. Currently, he lives and works in New York City, since 1993.

Valdez is a painter working in oil and acrylic media, a master printmaker and installation artist. He is also a teaching artist and mentor for emerging artists. His work is included in private and institutional collections nationally and internationally. In 2019, Valdez represented the Dominican Republic at the 58th Venice Biennale with works from the same series.

Recent exhibitions in 2021, included: Inside – Outside, Upside Down, at The Phillips Collection and I Can’t Breate, a public art installation in Harlem. A survey of his work will also be included at the Art Museum of the Americas at Organization of American States (OAS), Washington, DC. in 2022.

Valdez first museum exhibition was at the Omar Rayo Museum in Colombia in 1988. Since then he has had 32 solo exhibitions in galleries and institutions nationally and internationally and has participated in more than 100 group exhibitions.

Fellowships include, Artist-in-Residence at The Studio Museum in Harlem, 1997-98, Artists in the Marketplace program, Bronx Museum of the Arts, New York Foundation for the Arts Fellowship 2003, National Academy of Arts Fellowship, New York, for Advanced Studies in Public Art.

In 2013, he opened an alternative gallery and printmaking workshop, JVS Project Space in his studio to mentor under-represented artists and provide exhibition opportunities. The gallery relocated to a street level space in East Harlem earlier this year.

For more than 20 years Valdez has hosted workshops and seminars in New York City, Washington DC and Puerto Rico.

His fine art training began in the Dominican Republic 1984-1986 at the National School of Fine Art, Santo Domingo and 1986-1988 at the Altos de Chavόn School of Design, La Romana. He later studied printmaking in New York City with Robert Blackburn and Kathy Caraccio.