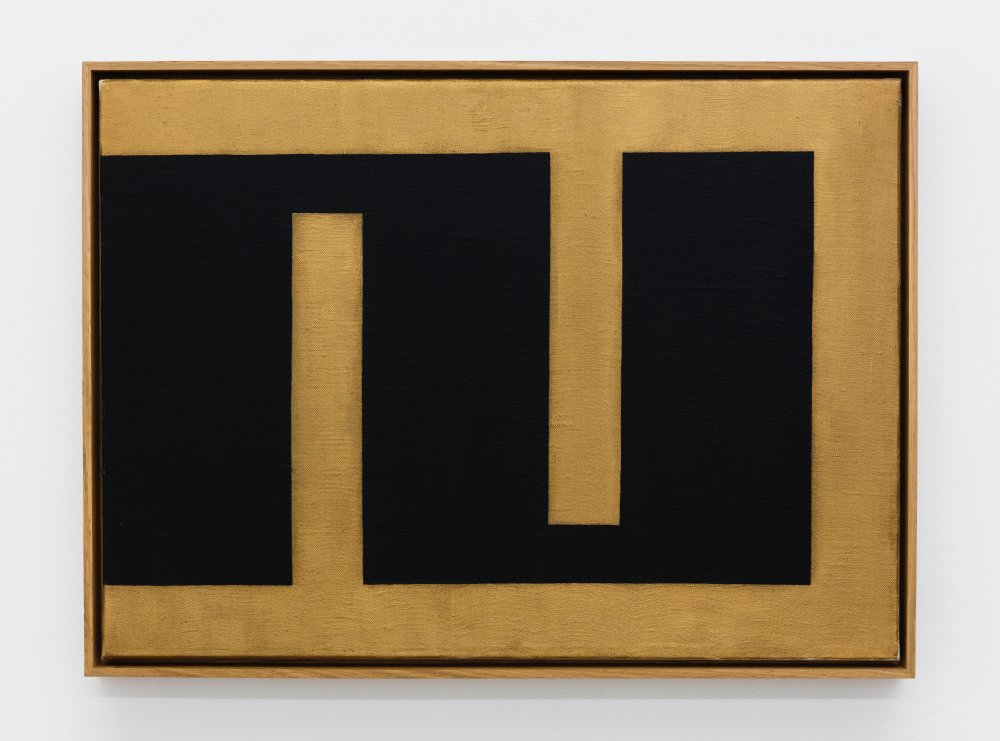 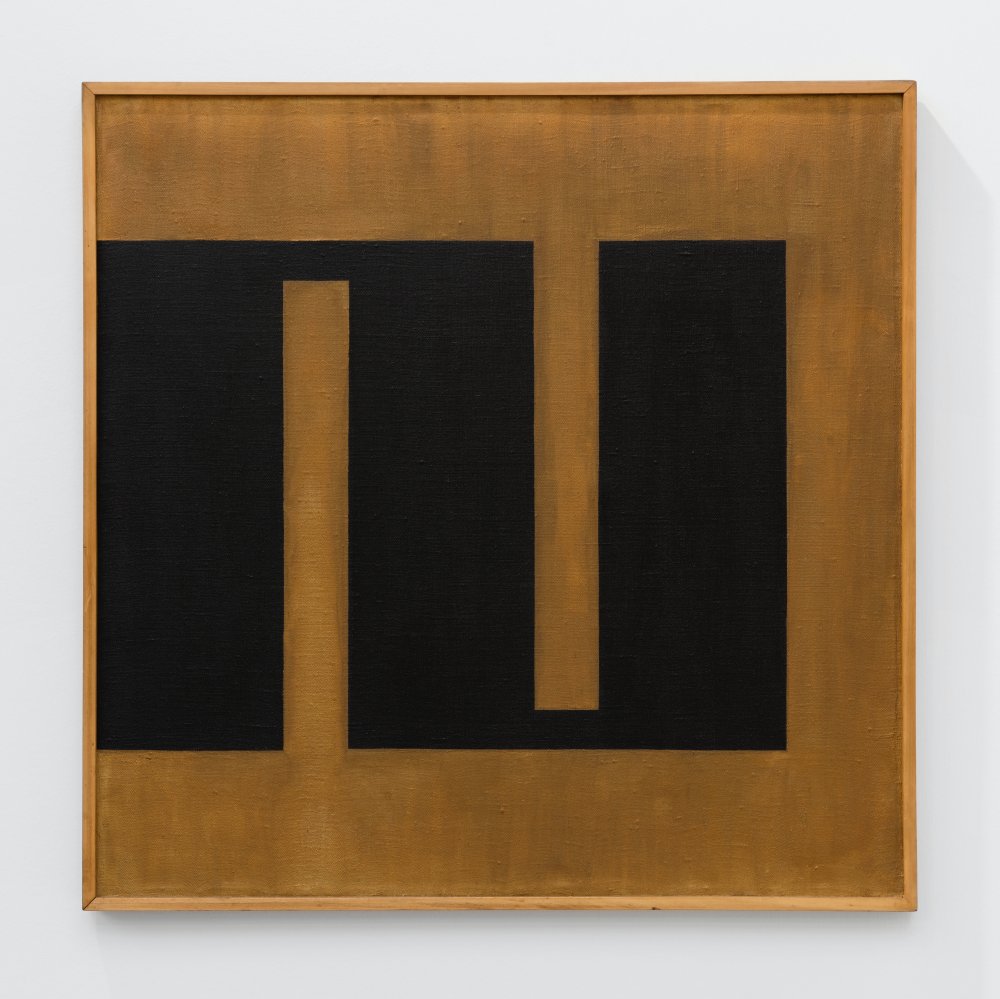 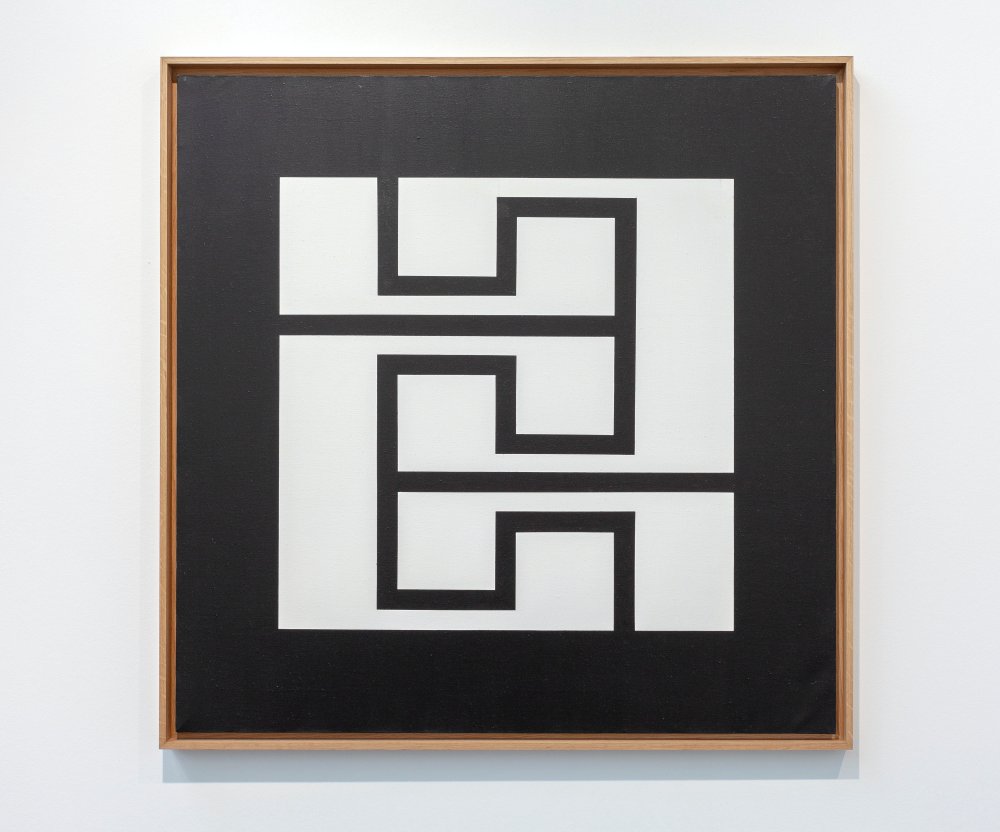 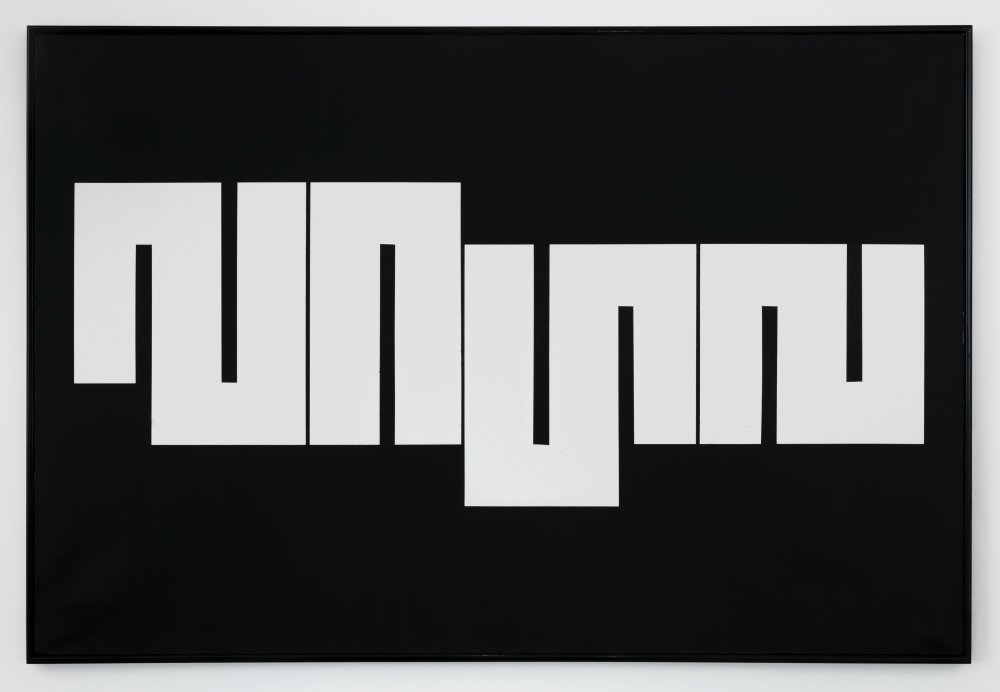 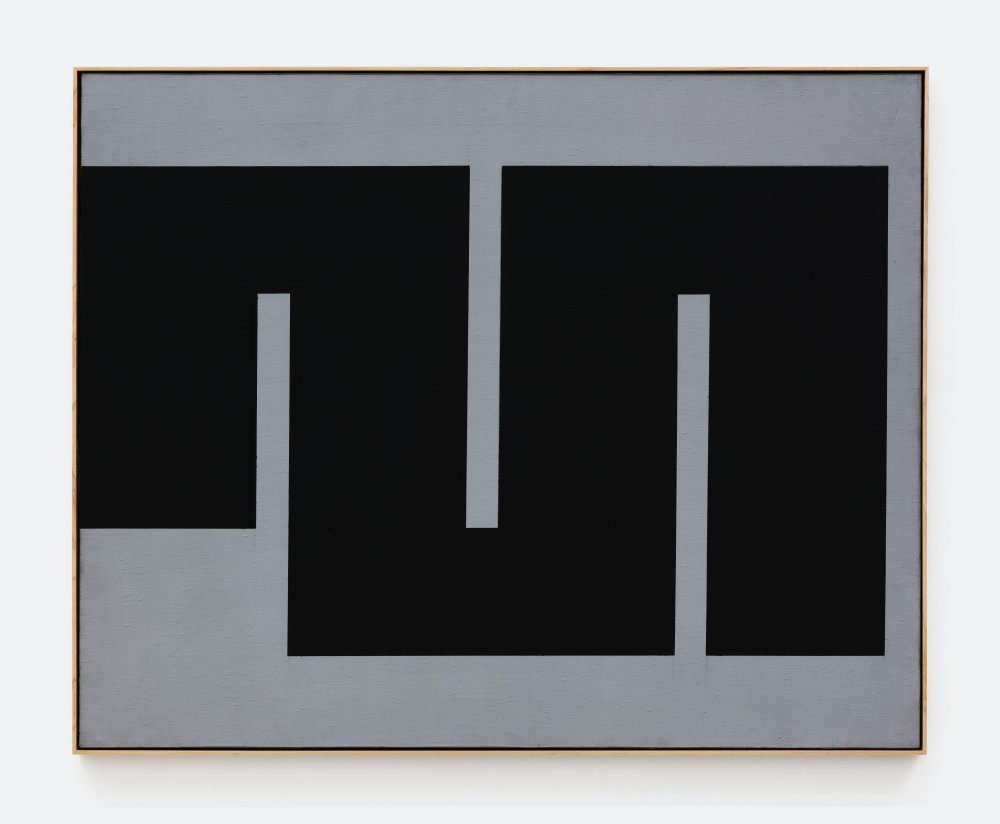 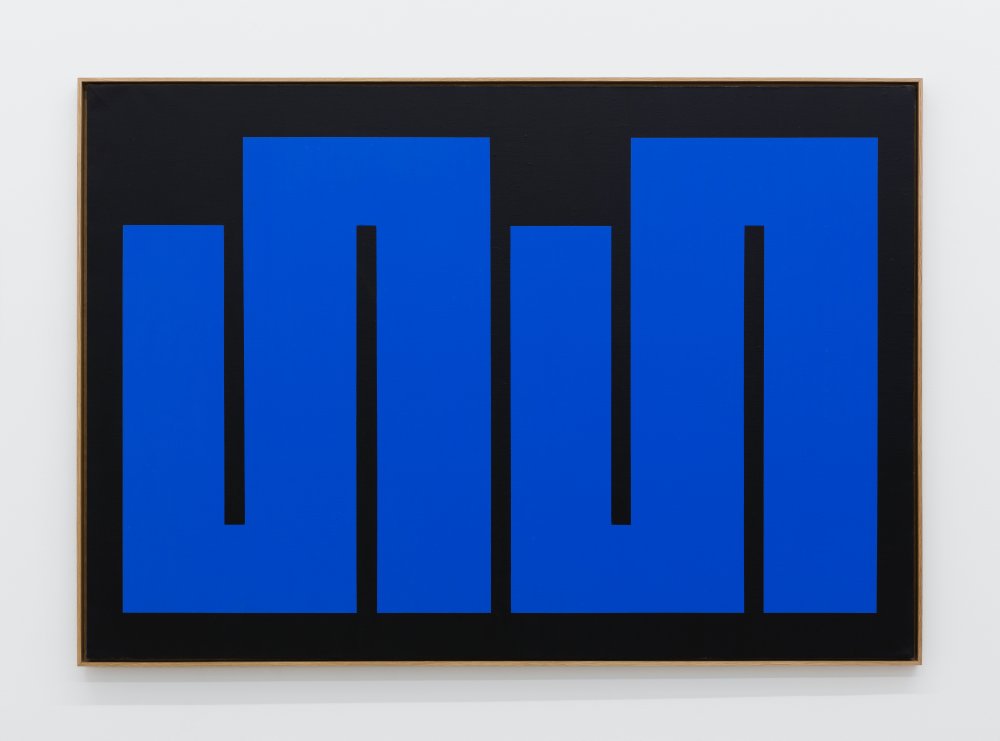 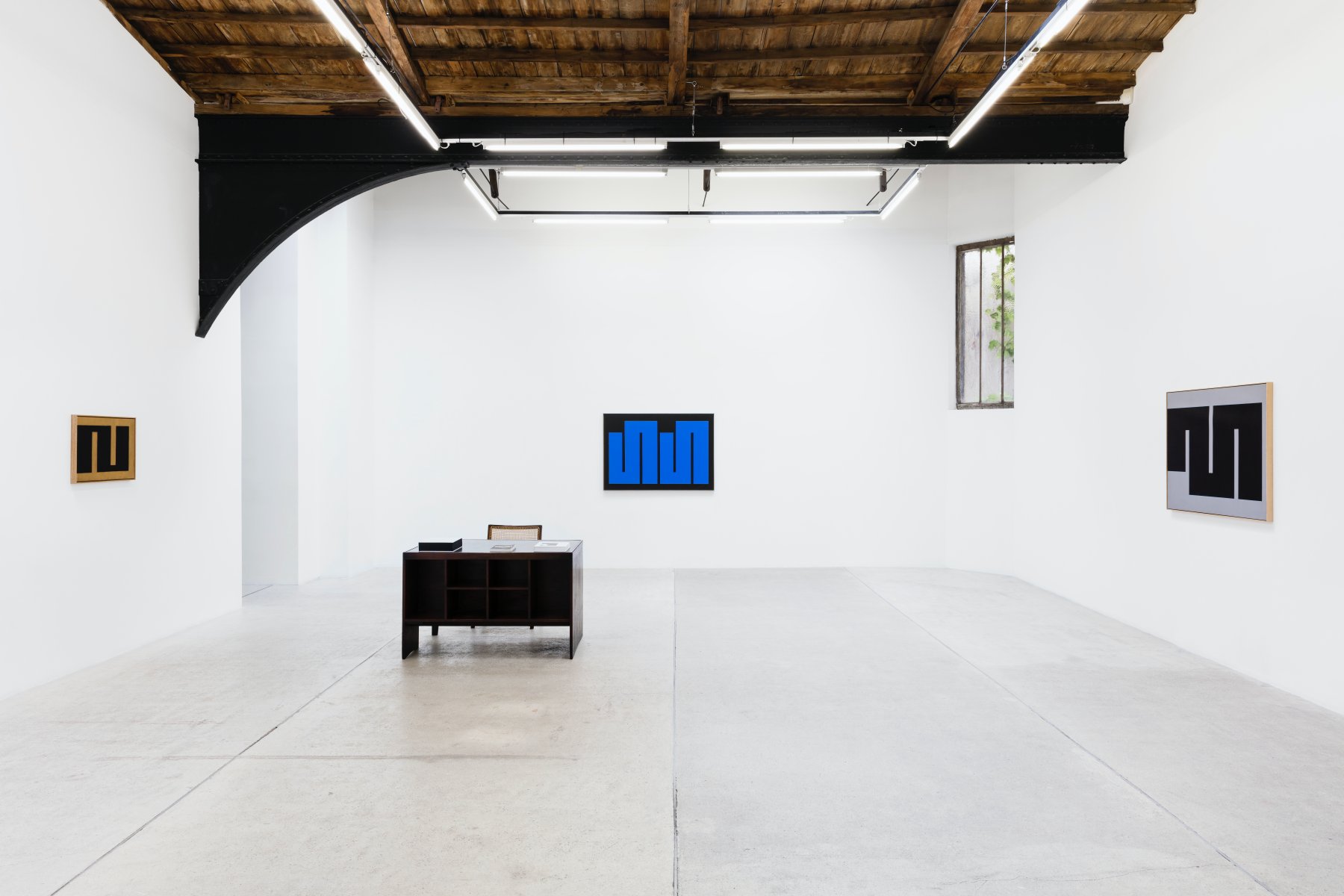 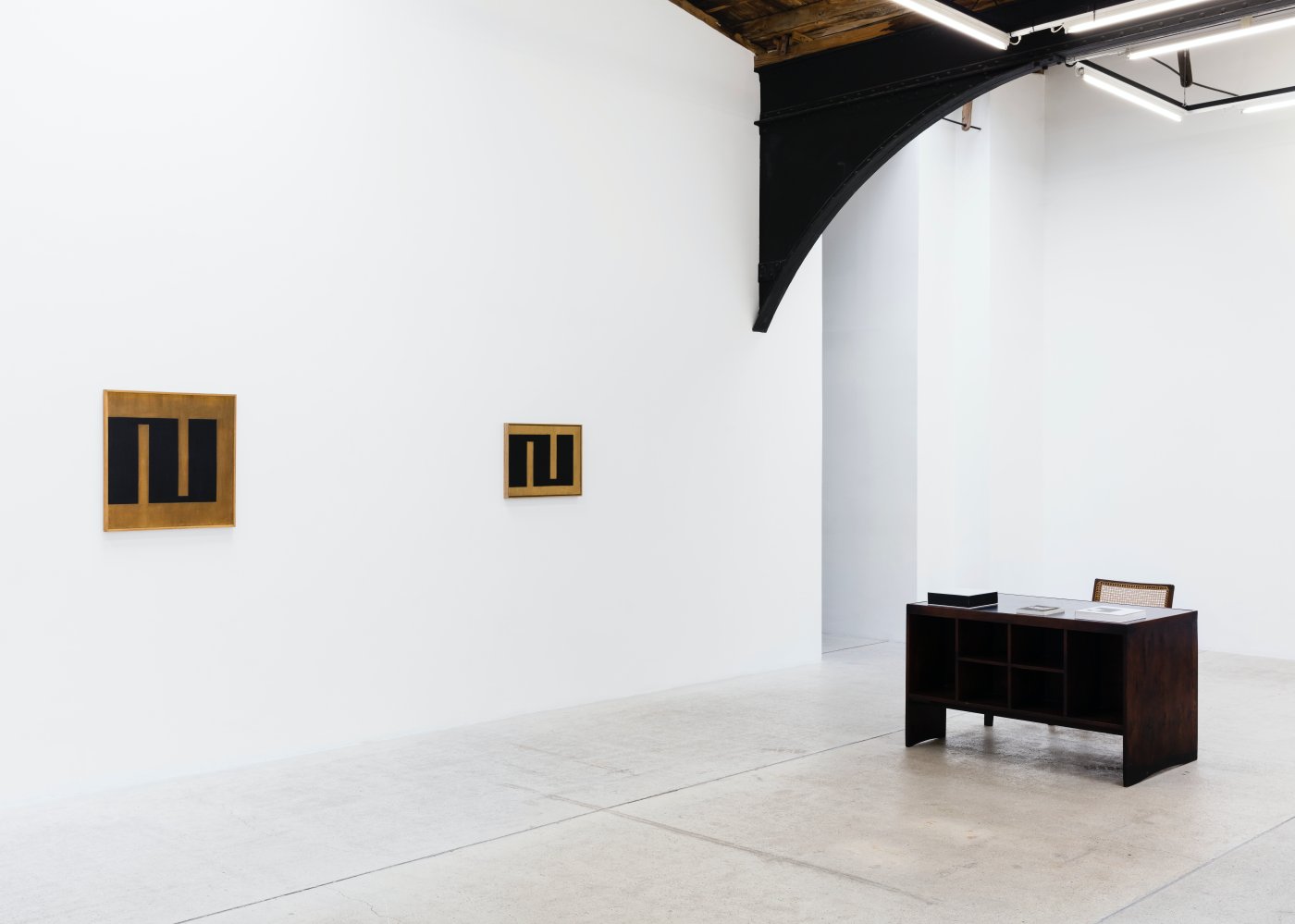 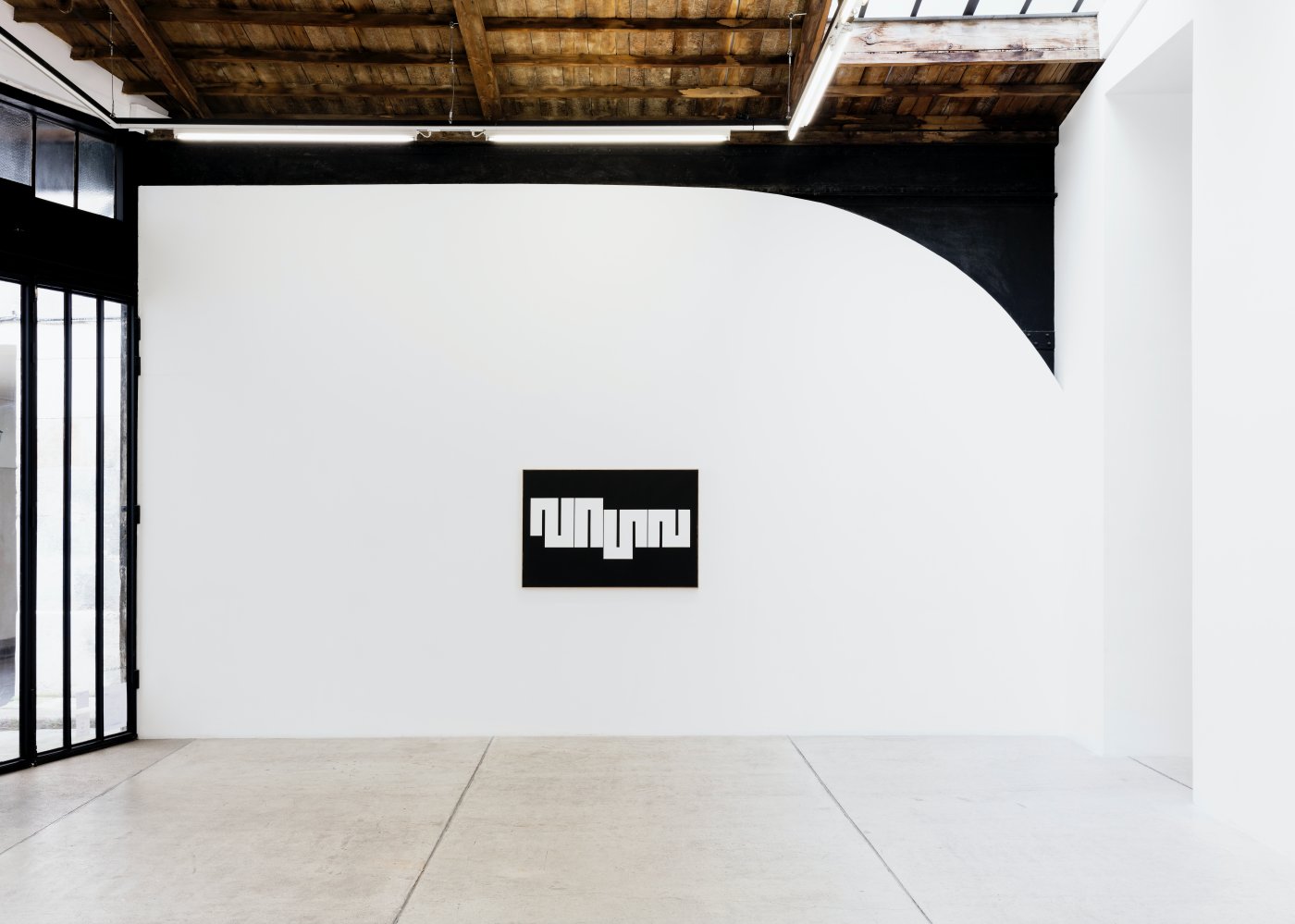 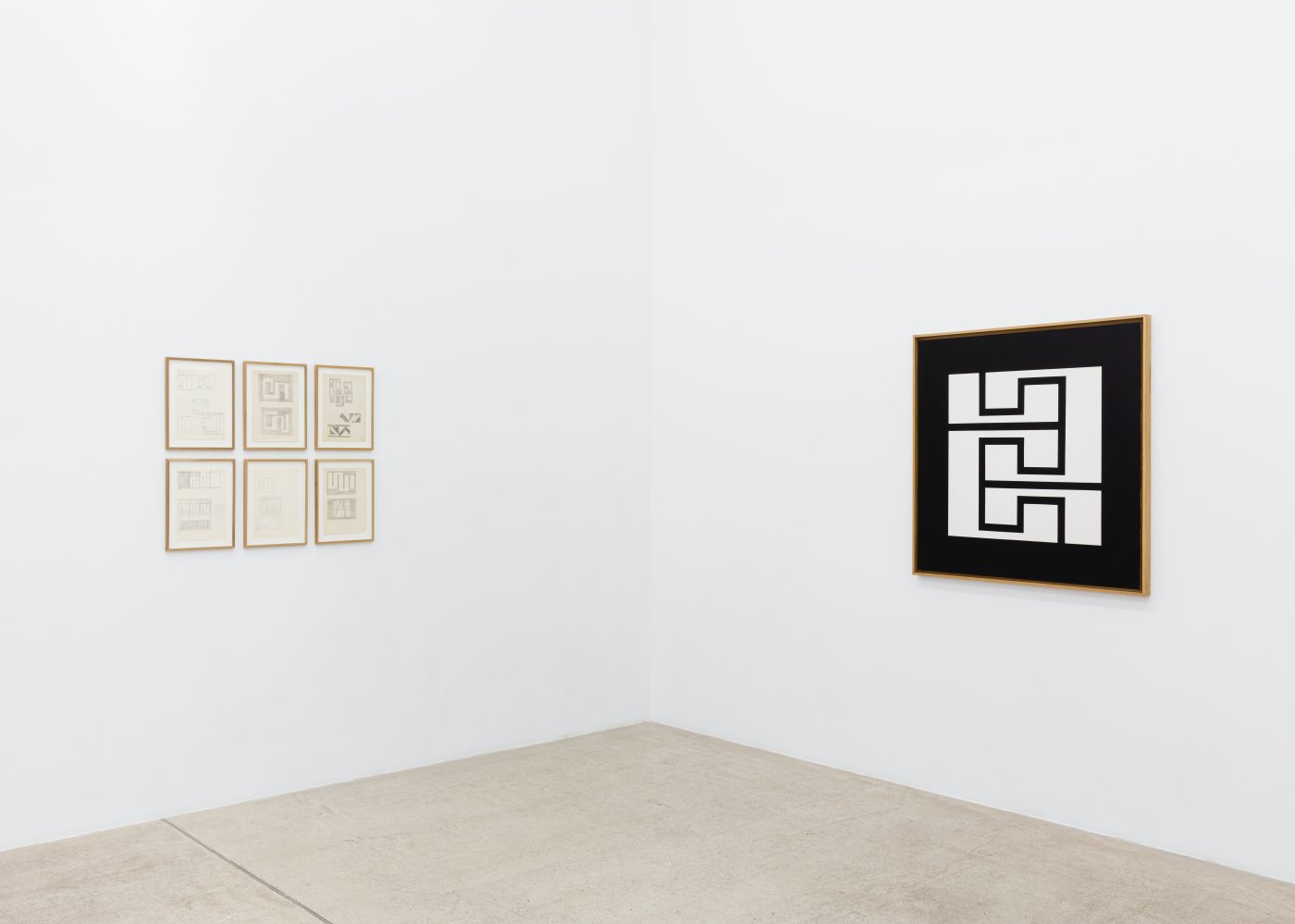 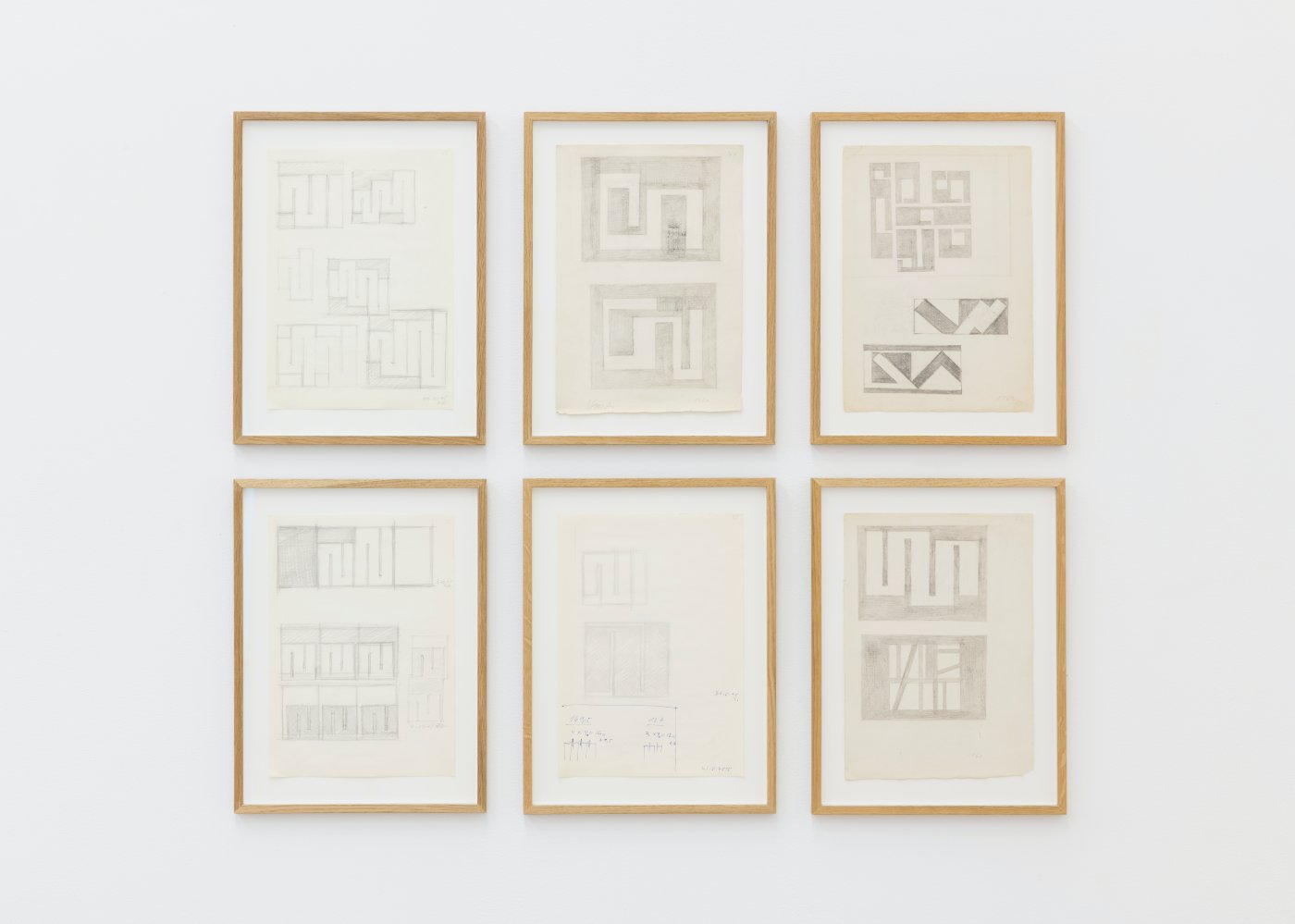 The group of paintings gathered in this exhibition is exceptional. Firstly, because the artist’s works are rare and not widely exhibited: although Julije Knifer, born 1924 in Osijek, Croatia, is one of the major representatives of the Eastern European avant-garde, his contributions are still not sufficiently acknowledged in accounts of post-war art. Together with the members of the Gorgona group, which he co-founded in 1960, he helped put Zagreb on the map of a then increasingly open and multipolar art world. Secondly, because the works on display were all created during a key period in the artist’s life, the years 1969-73, before he started spending more time in Germany, and then France, where his techniques and formats changed significantly. Finally, the selected works are exceptional because they feature four paintings that break with the typical black and white of Knifer’s art – a rarity within a rarity, so to speak. Two of them show black meanders on a gold background (Untitled, 1969), the third has a grey background (MK 73-7, 1973), while the fourth features two cobalt blue meanders on a black background (SP VIII 3, 1973). Together with the other known examples from this period, there are no more than a dozen works of this kind, including two blue meanders on a gold background.

The sobriety of Knifer’s pictorial language is hardly compromised by these minimal chromatic intrusions, but still distinct from the paintings structured by alternating black and white, such as BGS No. 3 (1973), also on display in the exhibition. In contrast to the latter’s horizontal, rhythmic spread, the chromatic works are characterized by barely developed meanders: three to four segments contained within the same horizontal and vertical boundaries, forming a pattern of perfect clarity. In comparison, the interlocking meanders of SP VIII 4 (1973), which recall earlier variations on the same motif, disturb the viewer’s perception: they turn back on themselves in the manner of a Greek fret, of which the meander [i.e. Knifer’s meander] is never more than a simplification, creating interpretative ambiguities by reversing figure and background. Reduced to the status of an emblem, the meander – Knifer’s favorite motif – has a lasting effect on the viewer’s perception. It transforms the paintings into a means for meditation, indicating that, for the artist, art is a form of absolute concentration. Combined with the golden background of Orthodox icons, which the artist had studied on numerous trips to monasteries all over Yugoslavia, and the respect for a strict two-dimensionality, which in this case signifies the absence of a “worldly” dimension, it affirms the “intellectual and spiritual outlook” that he recognized in Kazimir Malevich’s art. The references to the founder of Suprematism are undeniable: Knifer was introduced to abstraction in the 1950s by one of Malevich’s Croatian students, Djuro Tiljak, before coming face-to-face with his works during a trip to Amsterdam in 1962. This was in the midst of a Malevich revival prompted by European and international Spatialism, the ZERO group, as well as Yves Klein, to whom Knifer’s blue meanders might be a discreet allusion. The memory of the painter of “pure immaterial sensibility” had just been revived by a retrospective at the Museum of Contemporary Art in Zagreb in 1971. But the members of Gorgona had already been in contact with him, as part of their ambition to forge strong ties with international artistic networks, from Piero Manzoni’s Azimut gallery in Milan to the New Tendencies group, formed in Zagreb in 1961.

The low profile of Knifer’s art is clearly no longer justified, not only because of the works’ intrinsic power, but also because of the contemporary exigency to create an unfettered history of art.
Arnauld Pierre

Julije Knifer (1924, Osijek, Croatia – 2004, Paris, France)
Julije Knifer is today largely recognised as one of the most prominent Croatian painters of the 20th Century. One of the founding members of the 1960s Croatian avant-garde group Gorgona, his oeuvre is centralised over the exploration of a single form – the meander, which started in the late 1950s and later developed into the single central point of his artistic production.
Knifer represented Yugoslavia in the 1976 Venice Biennale, then Croatia in 2001. In 2014, the Museum of Contemporary Art in Zagreb mounted a full retrospective of his work. He has exhibited at Museum Haus Konstruktiv, Zurich, Tate Modern, London, Centre Pompidou, Paris, MAMCO, Geneva and Museum of Contemporary Art, Sydney. Knifer’s works are in numerous private and public collections around the world, including the MOMA in New York, the Tate London, the Centre Pompidou in Paris and the National Gallery in Berlin.