Julien Creuzet – ‘Too blue, too deep, too dark we sank…’

Julien Creuzet – ‘Too blue, too deep, too dark we sank…’

As the second recipient of Camden Art Centre’s Emerging Artist Prize at Frieze, French-Caribbean artist Julien Creuzet (b. 1986 France) presents a new installation commissioned especially for Gallery 3. This is his first UK institutional exhibition in the UK. 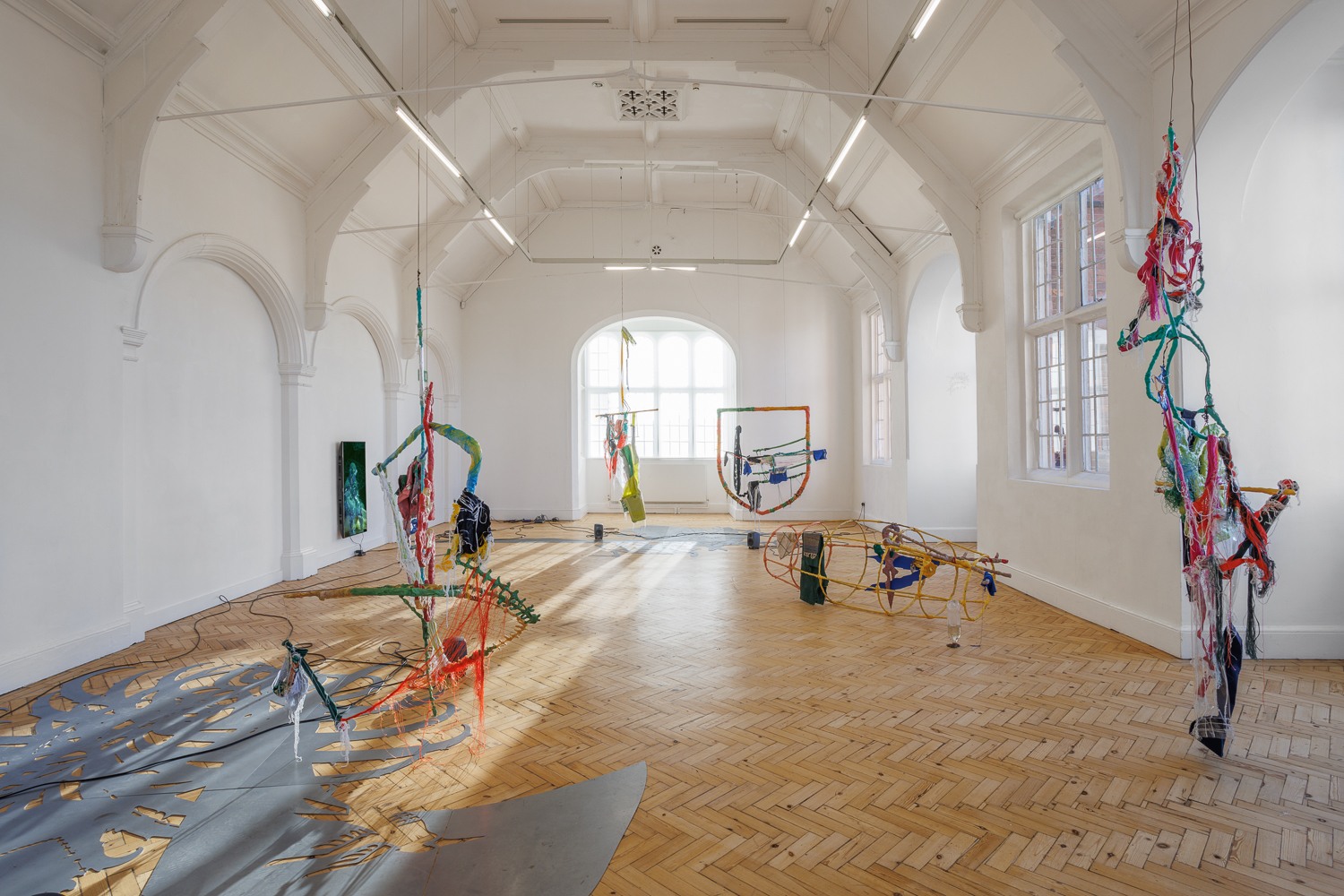 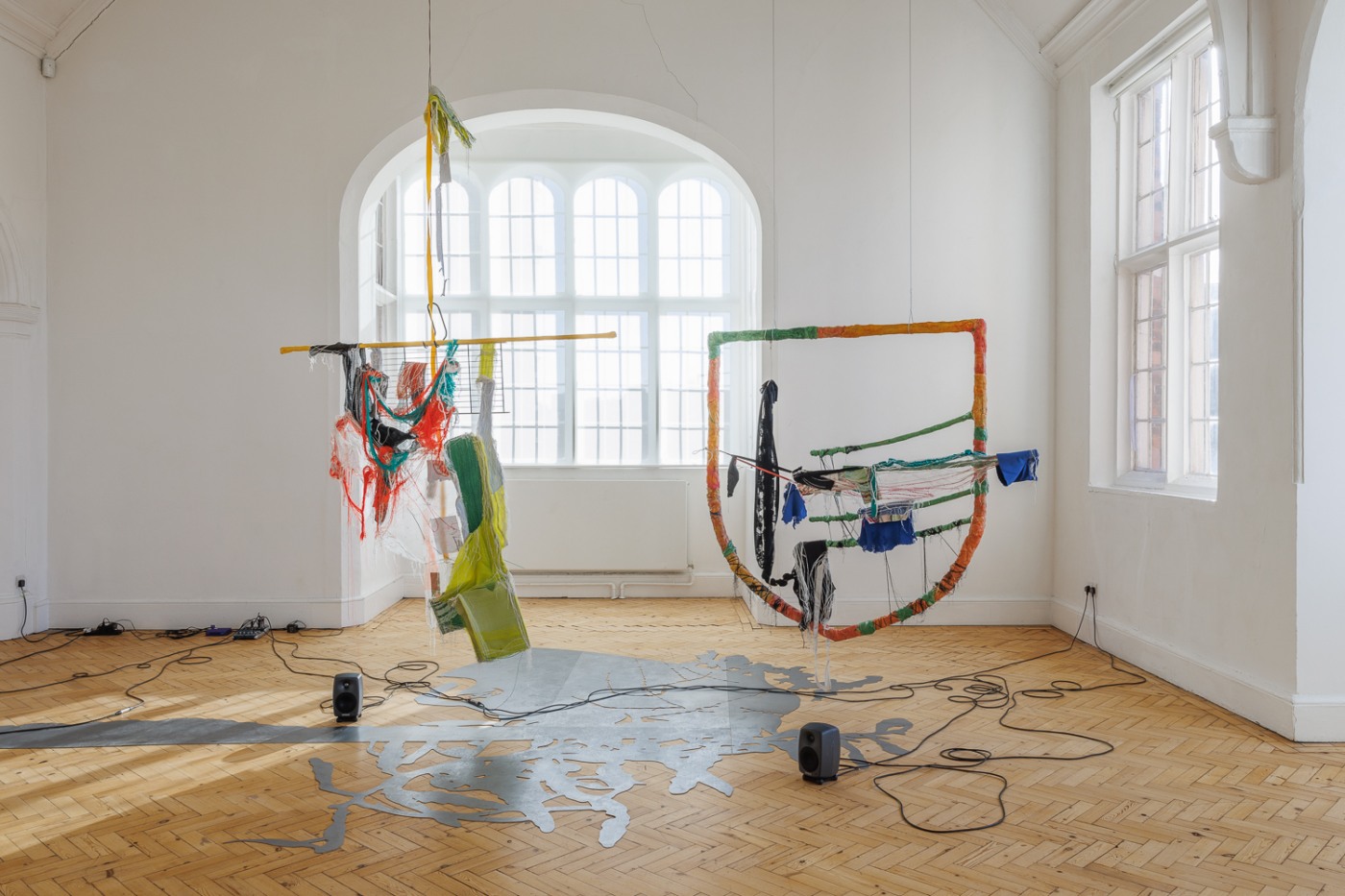 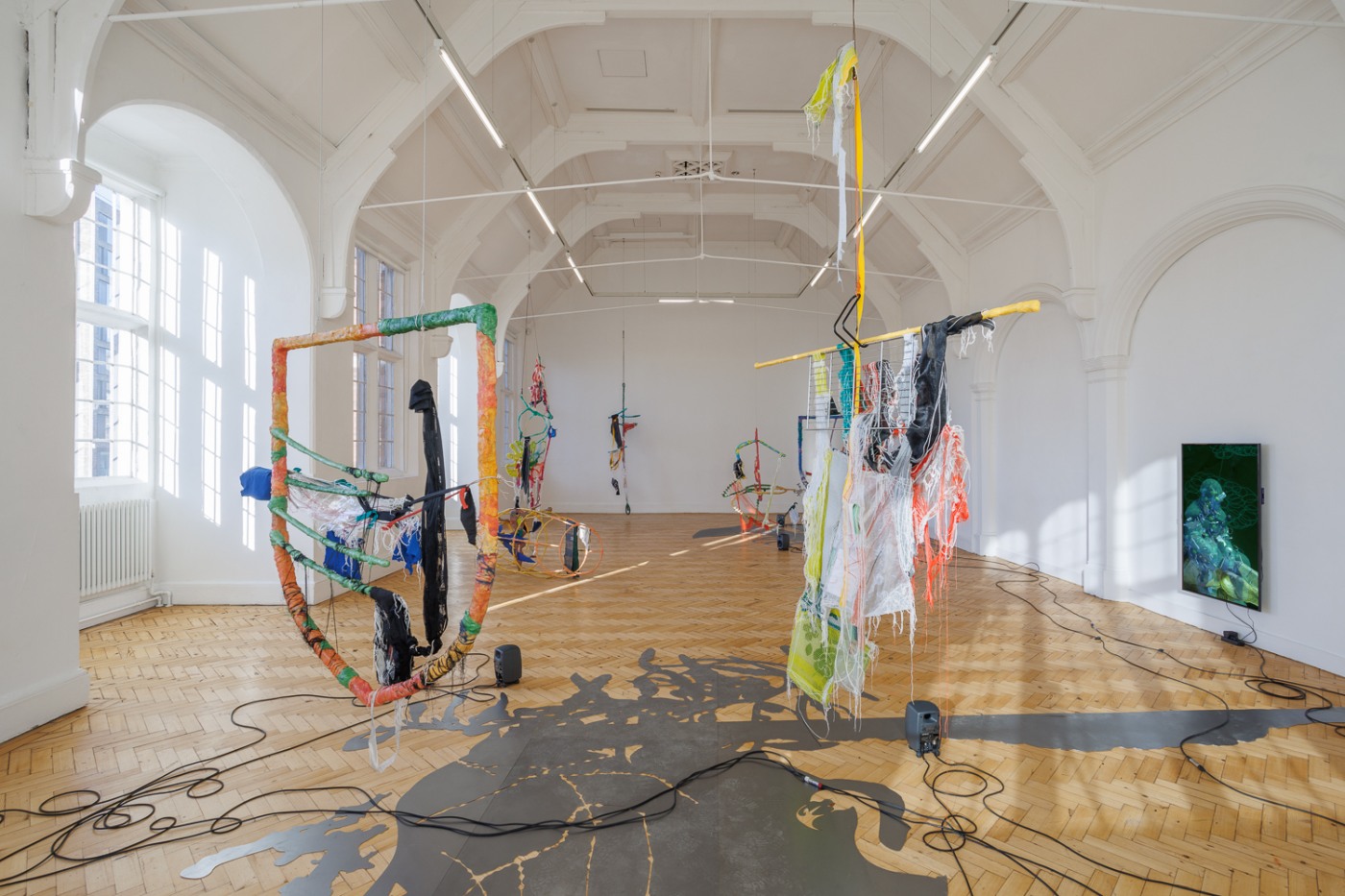 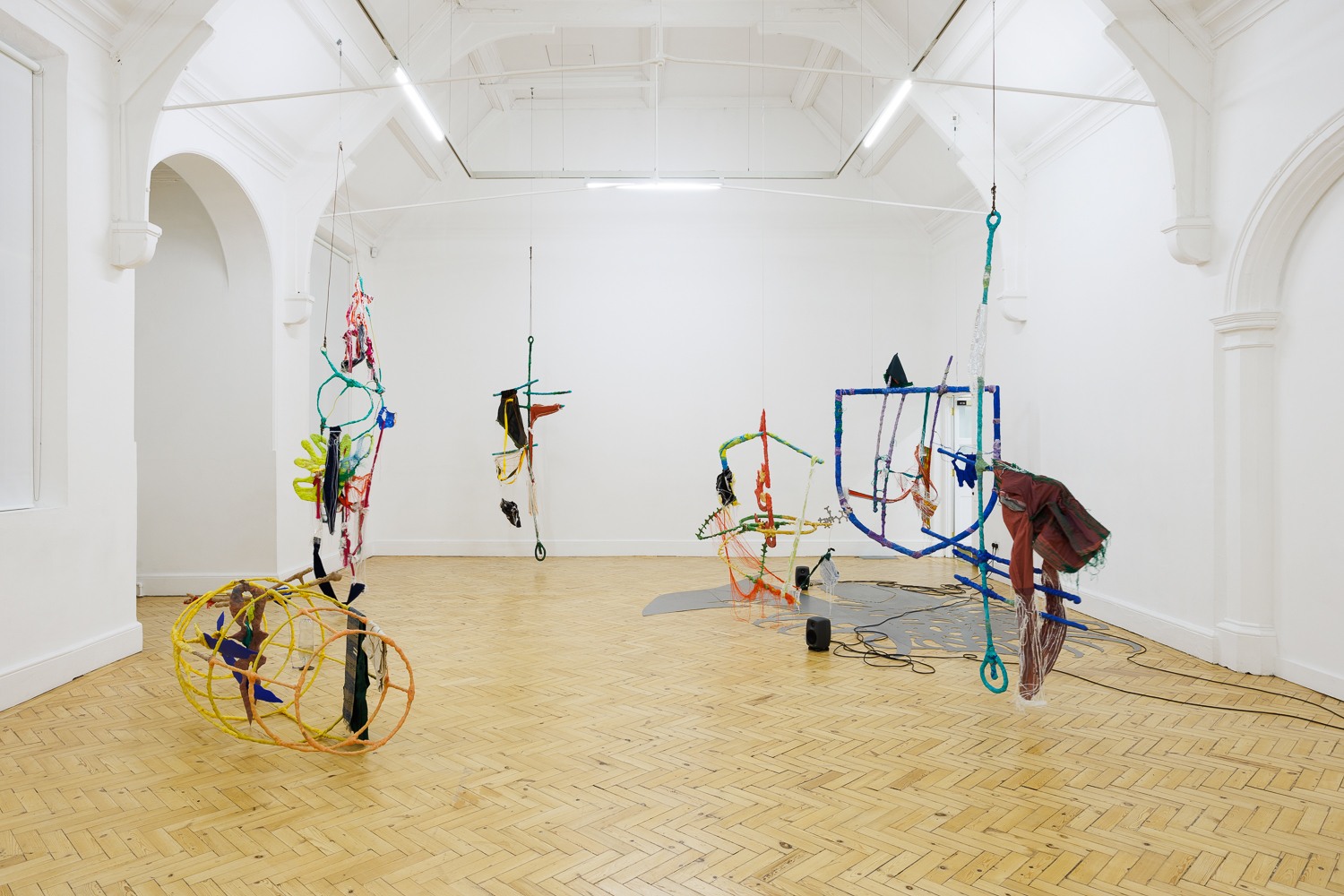 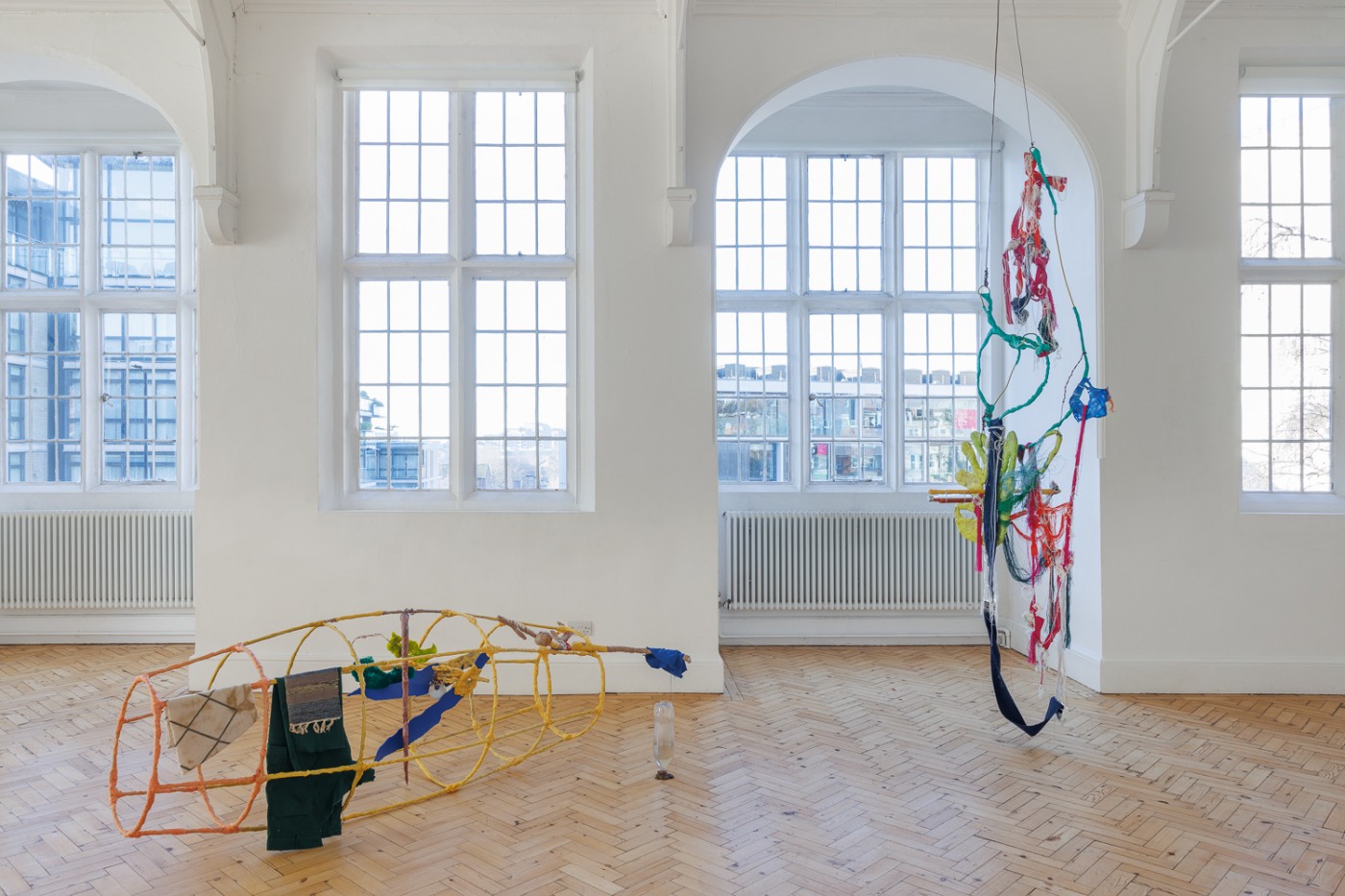 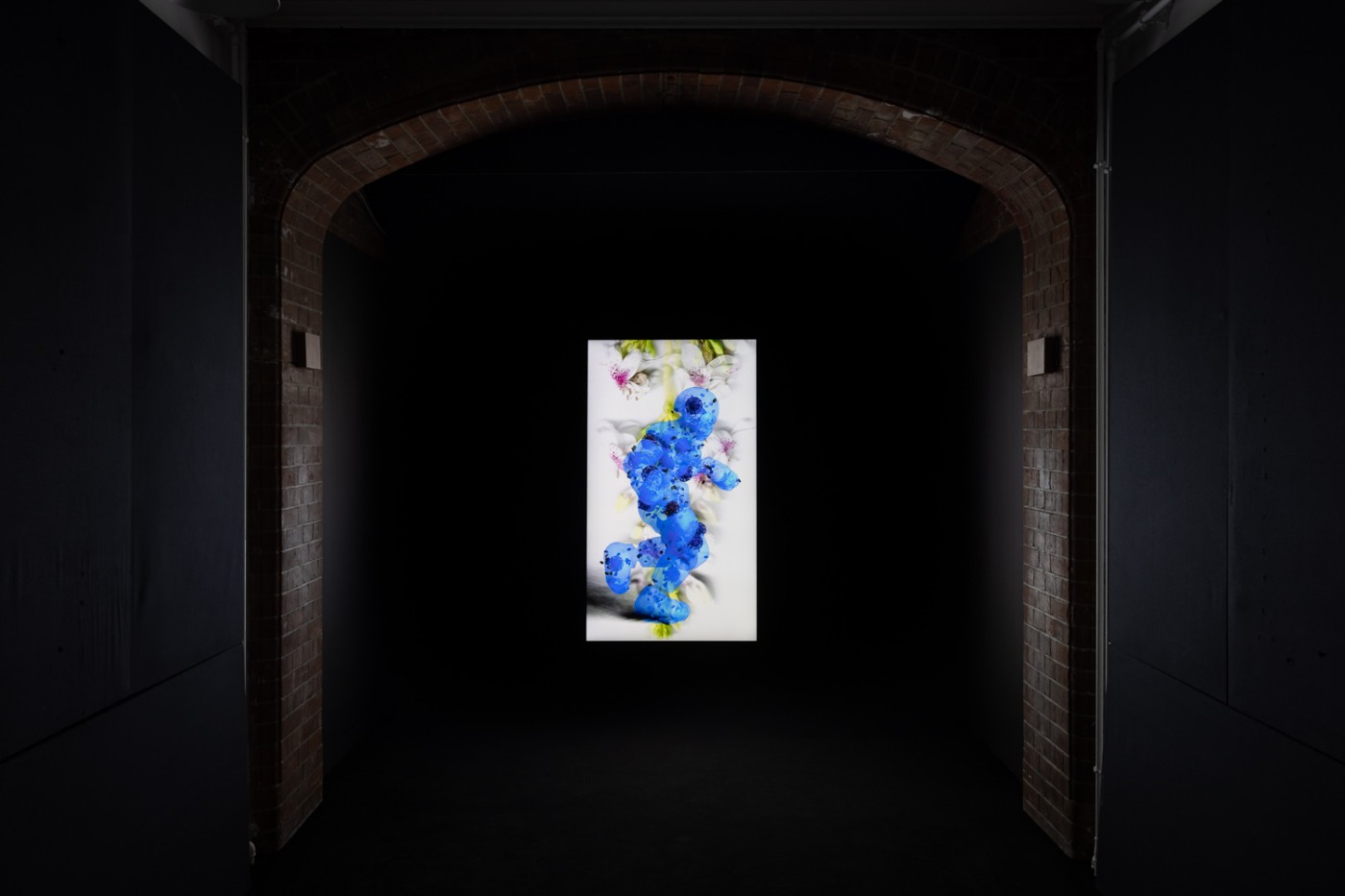 Born in a Parisian banlieue, Creuzet grew up in Martinique and now lives and works in Paris. He places his own lived experience at the heart of his practice whilst allowing the work to shine a light on collective social realities of the Caribbean diaspora, focusing on the troubled intersection between Caribbean histories and the events of European modernity. Creuzet describes his ancestral home, Martinique, as “the heart of my imagination” and the visual and aural languages that collide in his installations migrate and transform through a process of creolisation, entering into a dialogue with the question of emancipation, a spirit of black affirmation and the feeling of the Caribbean diaspora as it exists now.

Creuzet’s multi-disciplinary practice interweaves poetic, sensory, political and social forms and his new commission at Camden will fill the Centre’s Gallery 3 with a dense installation incorporating music, video, poetry and sculpture. His distinctive sculptural language often repurposes found materials – cords, nets, wires, ropes, bags – relics or detritus washed ashore by oceans or the unrelenting progress of history, as well as fragments, materials and objects given to him by other artists that he reincorporates in his assemblages. This installation will involve a series of new suspended and floor-based sculptures which are informed by the insignia on the flags of those Caribbean countries which gained independence after centuries of colonial rule – representations of animals and vegetal forms that composed their motifs. He invites visitors to navigate an environment filled with words and symbols, colours and textures, drawn from the heritage of different cultures – allowing relationships between disparate elements to be drawn out through the imagination.

A new film presented as part of the exhibition is a self-portrait rendered as a digital composite of smartphones, cigarettes and other elements – alluding to the ways the African diaspora is connected and networked digitally as well as through literature, music and art. The character begins to dance in a traditional style that has evolved in Martinique through periods of colonisation, resistance and emancipation. Bèlè combines distinct rhythmic music and movement as a form of emotional expression, tracing its West African heritage to fertility rites that were adapted in the Caribbean context to rituals of labour and mourning associated with slavery. The work exists in deliberate dialogue with the space of the gallery as well as the social and political context of London, in particular the cultural heritage of the Caribbean diaspora and its continuing influence on British culture, which generates some of its most powerful art and music: from Calypso, Ska and Reggae to Drill and contemporary urban music. Bringing his work into a specific relationship with the contemporary music scene, Creuzet is collaborating with London-based singer-songwriter anaiis to compose and record a new soundscape that will play with and through Creuzet’s sculptures in the gallery. Drawing from her French-Senegalese heritage and experiences living in the USA and Ireland, anaiis’ work is shaped by ideas of liberation, empowerment and the reclamation of freedom.

The collaborative commission with anaiis takes as its starting point a bibliography selected by Creuzet – drawing inspiration from the work of Saint Lucian poet and playwright Derek Walcott, French-Martique musician and Caribbean literary theorist Jacques Coursil, Martinique-born poet and philosopher Édouard Glissant’s writings on migration and creolisation, and other figures associated with the 1930s literary movement -Négritude – co-founded by Martinican poet Aimé Césaire.

Often performing his poetry live to audiences, the artist gives voice to the question of how Caribbean culture can and does exist now, speaking affirmatively of Black experience in the European context, attempting to describe a feeling in relation to the world from his position, here and now, combining fiction, storytelling, myths and histories with the compelling, visceral experience of exile, isolation and racism. For Creuzet, art is an opportunity to create, or creolise, a new language, allowing the space of his exhibitions to exist as fictions where visitors can enter into a landscape of forms that signify freely through the imagination, with an aesthetic sensibility that connects intimately to the source of their cultural histories.

Installation view of Julien Creuzet, ‘Too blue, too dark, to deep we sank…’ at Camden Art Centre, 2022. Photo: Rob Harris