Galerie Max Hetzler presents a solo exhibition of new paintings by Julian Schnabel at Goethestraße 2/3, in Berlin. This is the artist’s first solo presentation with the gallery. 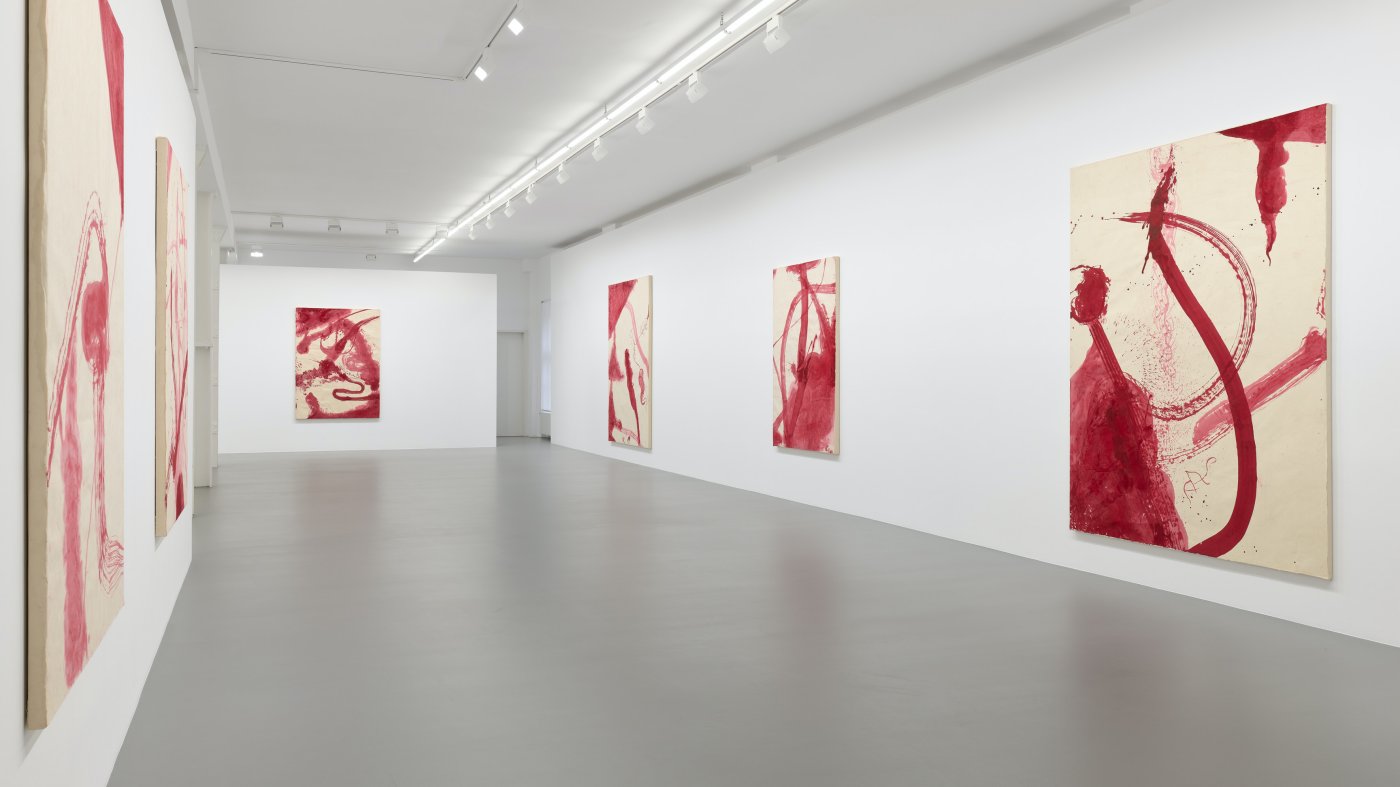 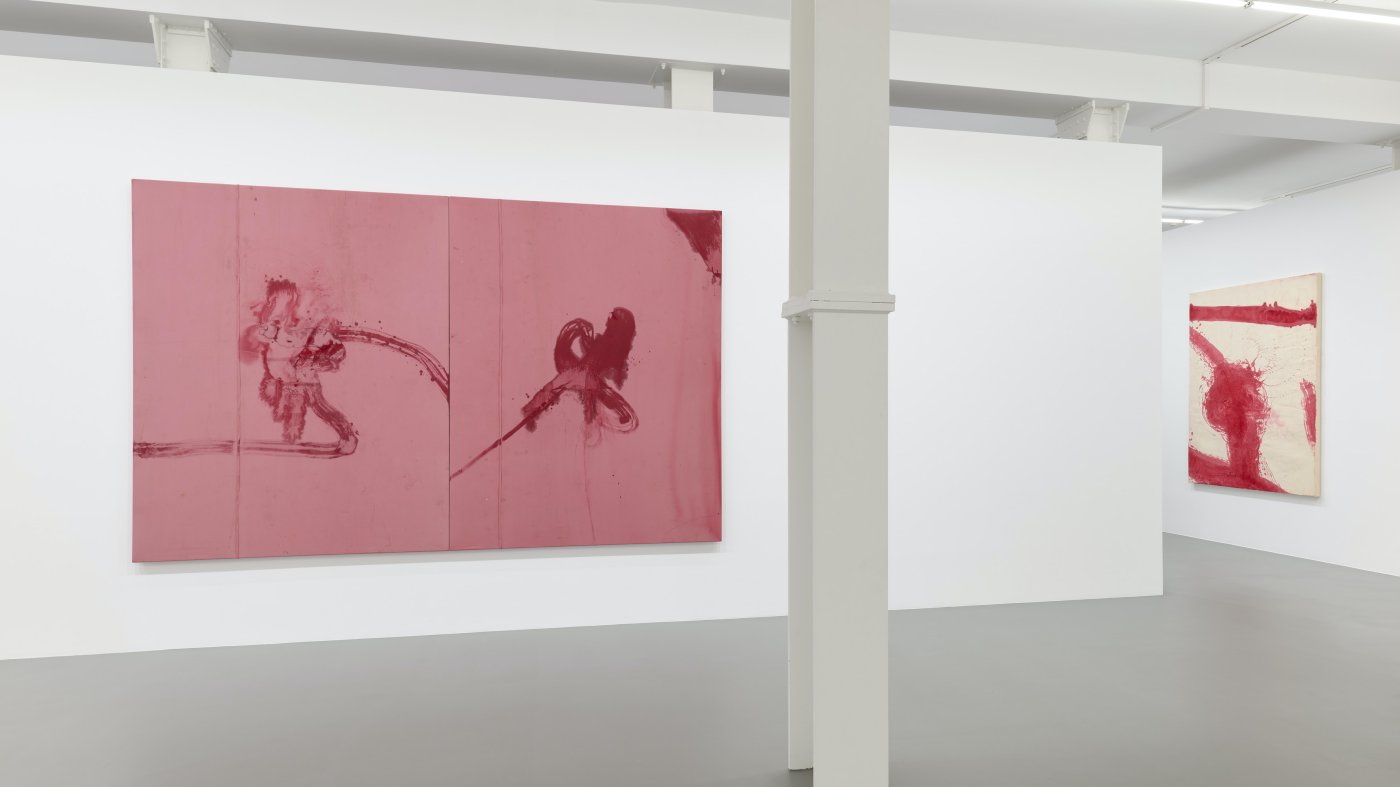 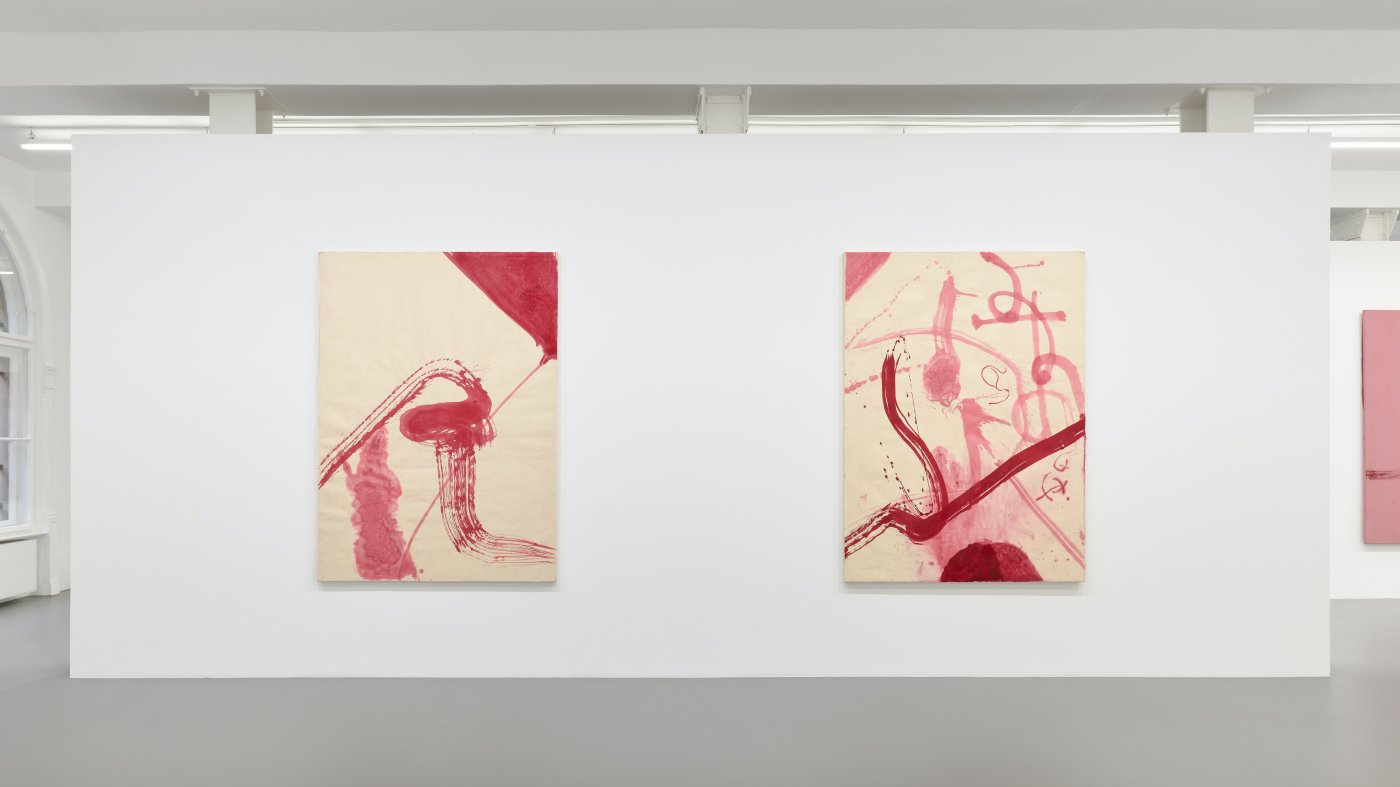 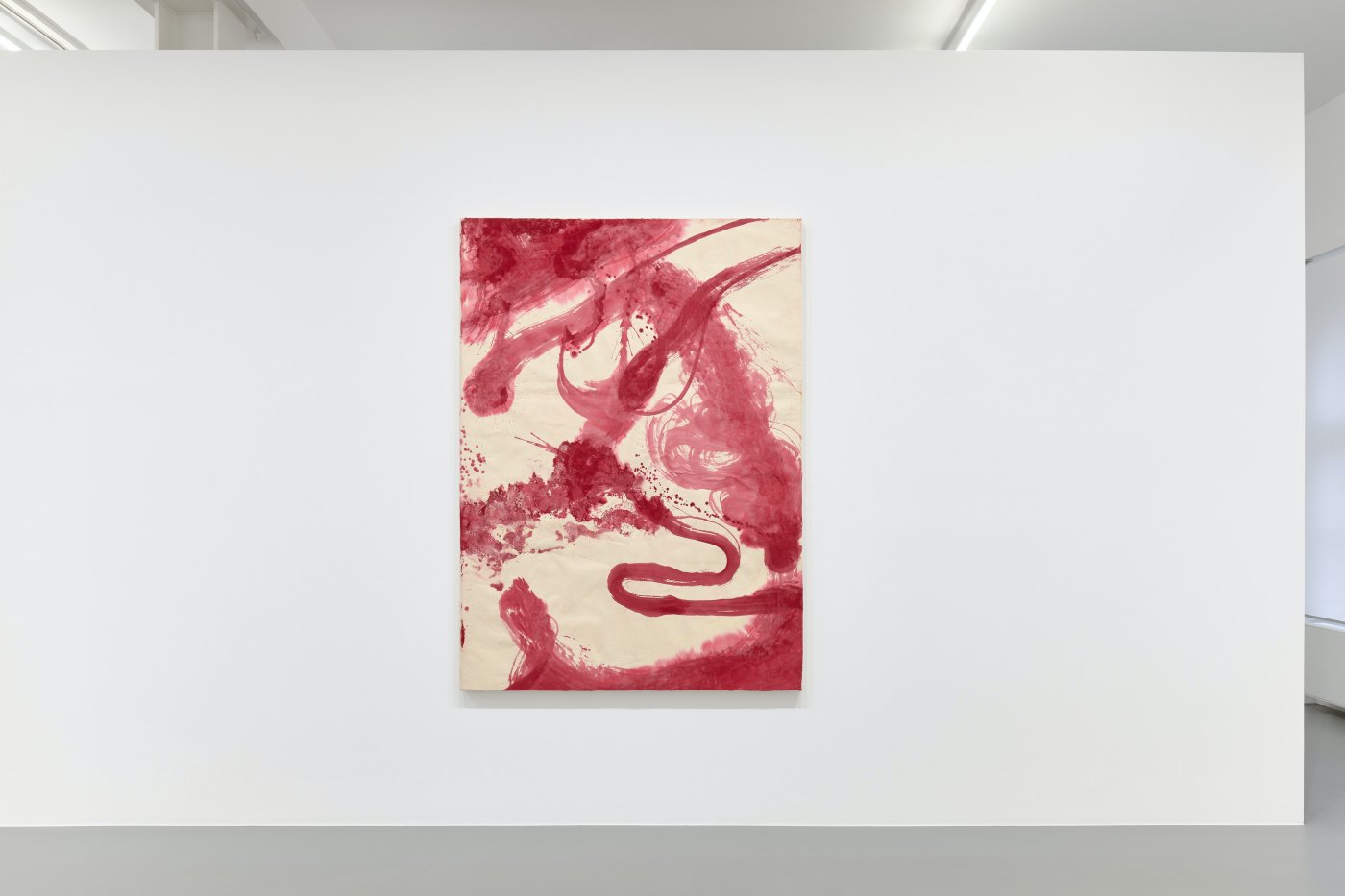 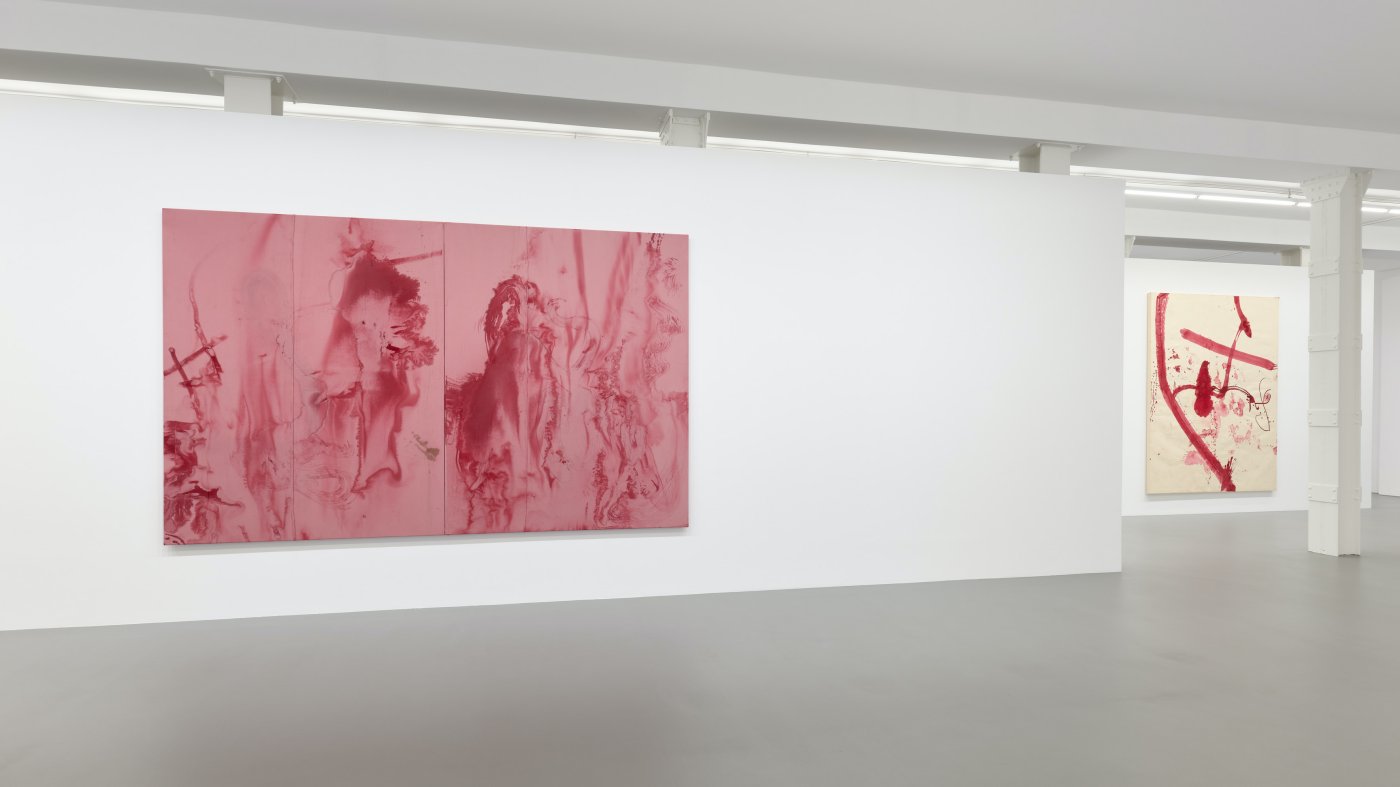 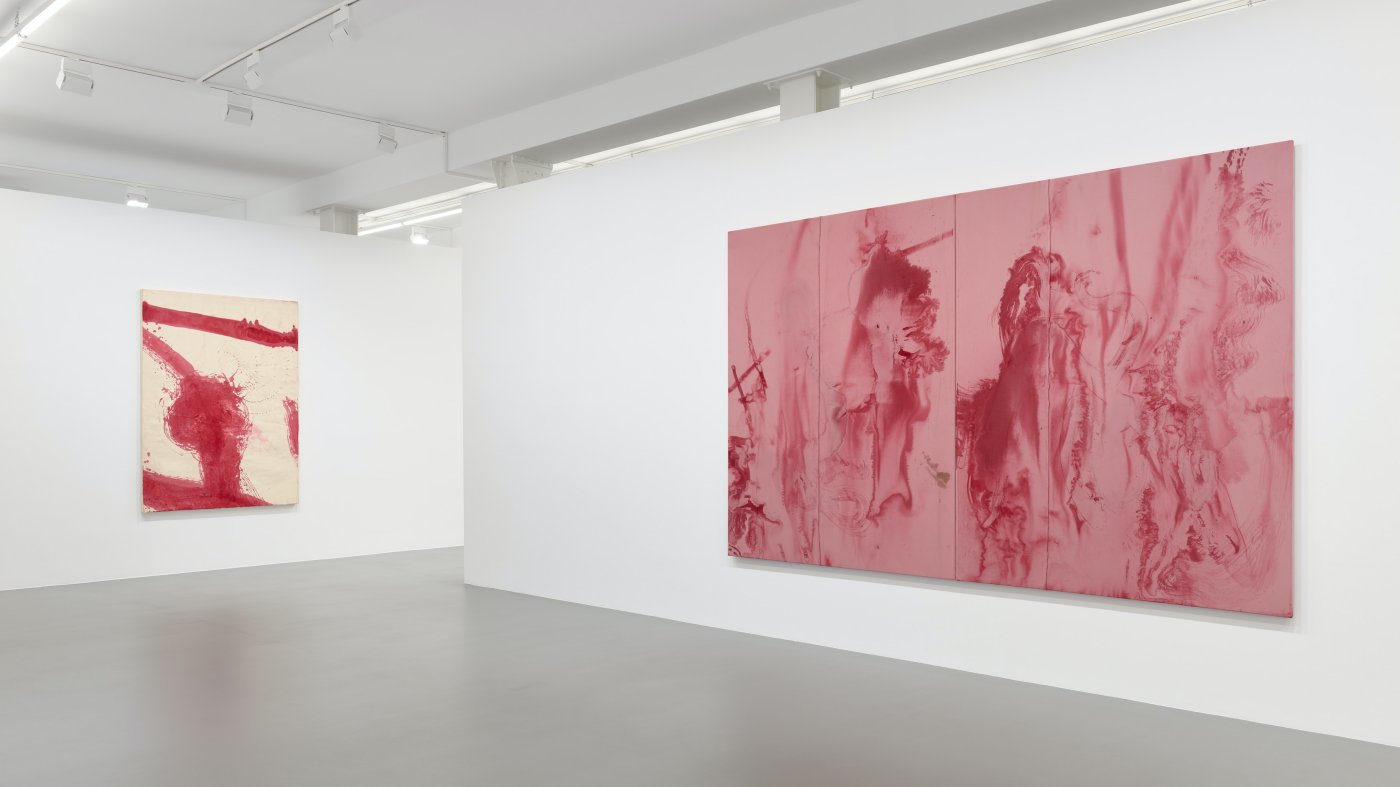 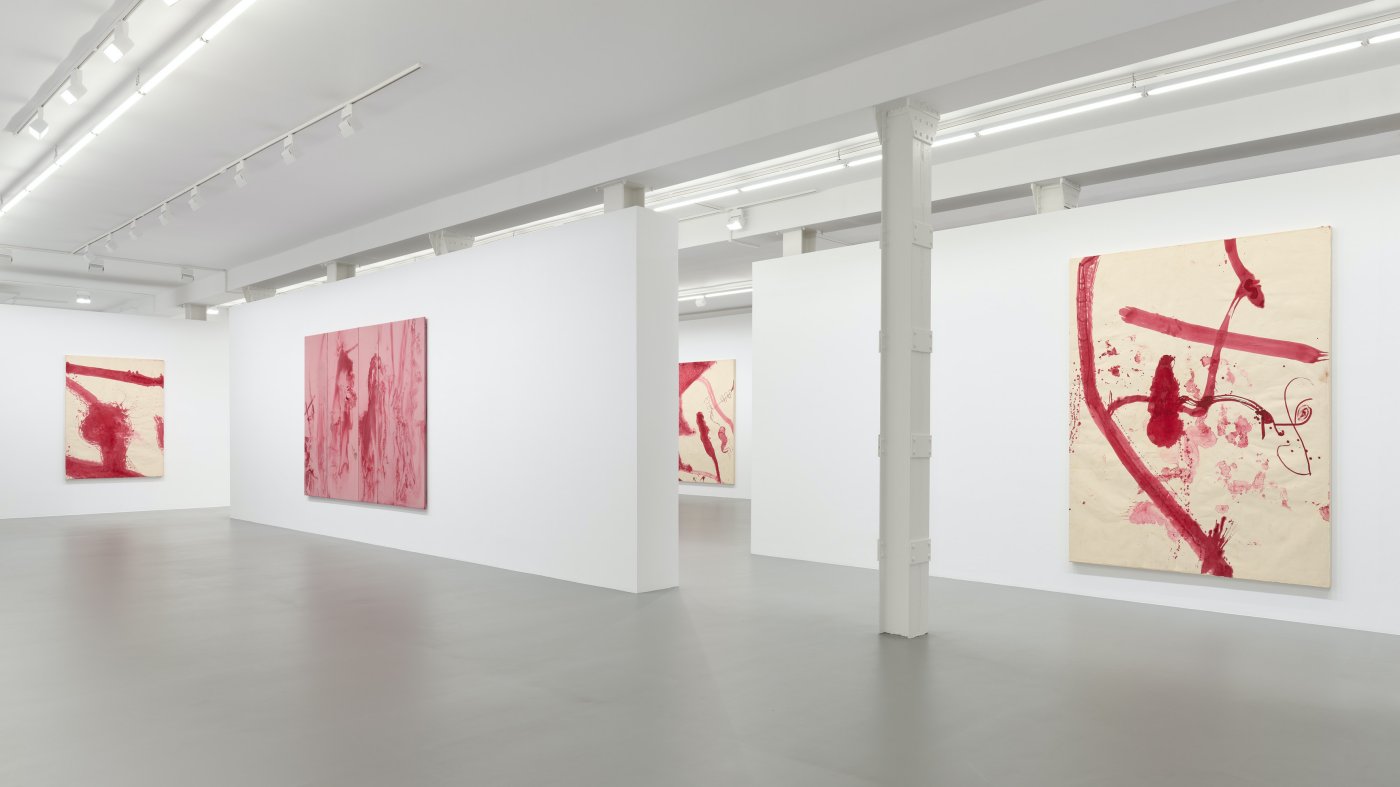 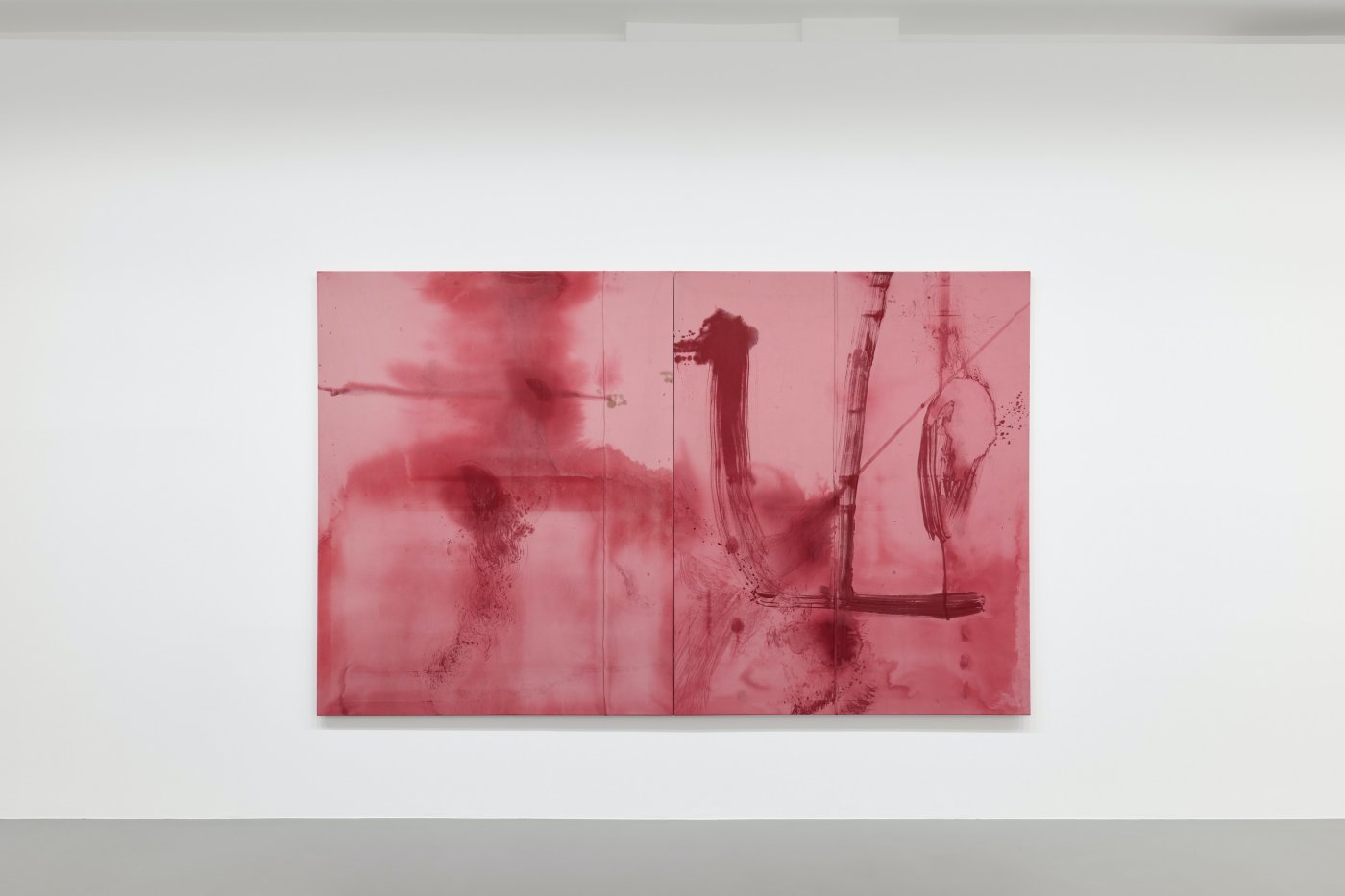 Since the late 1970s, Julian Schnabel has sought to transform the possibilities of painting, through the use of unconventional materials, chance-based processes, large formats, gestures and charged pictorial grounds. His works marked a departure from painting as conventionally understood and were pivotal in the reemergence of painting in the United States, with his influence still visible today.

Featuring eleven new works, all painted with a large Japanese calligraphy brush, in a visceral red ink, the exhibition at Galerie Max Hetzler sees the artist experimenting with liquids, how things dry, and the power of the artist’s mark—how images come out of other things: ‘There’s always been this investigation’, he explains, ‘into how the paint sits on the surface and how to get a certain kind of painted reality to coexist with another one.’

On view for the first time, these two recent bodies of work can be identified by their different supports, with eight paintings executed on rice paper, laminated to canvas and three paintings on fabric from the fruit stalls of an outdoor market in Mexico. Schnabel considers found materials, their physical characteristics as well as history, essential components of his painterly compositions.

Titled The Parade Begins and the Parade Ends (for Reinaldo Arenas) [I-VIII], 2020, the first group of paintings pay homage to two texts written by the Cuban poet, novelist and playwright, Reinaldo Arenas (1943-1990) on the Cuban Revolution. Deeply sensual, the works fuse image and ground through gesture, scale and intuition. Using a hose in places, to dilute the red ink, the marks vary in opacity, reflecting the movements of the artist’s hand and the way the ink was sitting on the brush when it was applied to the paper. In some of the paintings it looks as though a tyre has driven over the surface, as parallel lines drip, sweep and scatter around aqueous forms.

Three double-panelled paintings are also on view, made with a very coarse, pink cotton, weathered by the sun. Grouped by the title, The Second Version of the Tower of Babel [I-III], 2020, they nod to an early ‘Wax Painting’ by the artist, titled Tower of Babel (for A.A.), 1976-1978, inspired by the drawings of Antonin Artaud (1896-1948). In texture, they recall the series of ‘Velvet Paintings’ that Schnabel was working on in the 1980s and 1990s, as well as the surfaces of such seminal works as The Wind, 1985 and Fresh Eggs, 1985, in which the artist painted on weather-worn material, guided by traces left by the dirt. Whilst Schnabel used hard lines and modelling paste in these earlier works, to propel the images forward from their supports, here, he uses water to soften the forms, allowing the ink to dissolve into the fabric. From here, images arise from the surface, much like a Rorschach test, encouraging viewers to conjure images that may or may not be there: ‘I mean you see images come out of these things. But none of that is premeditated. It comes out of the process.’ He likens the experience to looking at clouds.

For Schnabel, painting has always been an act of discovery; by ‘intentionally painting the unknowable’, his works yield ‘a more faithful representation of experience than any attempt to realistically depict the physical world ever could.’1

Coinciding with the exhibition at Galerie Max Hetzler, Julian Schnabel – The Fall of Tyll and other Map drawings will also be on view at Office Reiner Opoku, Emser Straße 43, 10719 Berlin, from the 17th September.