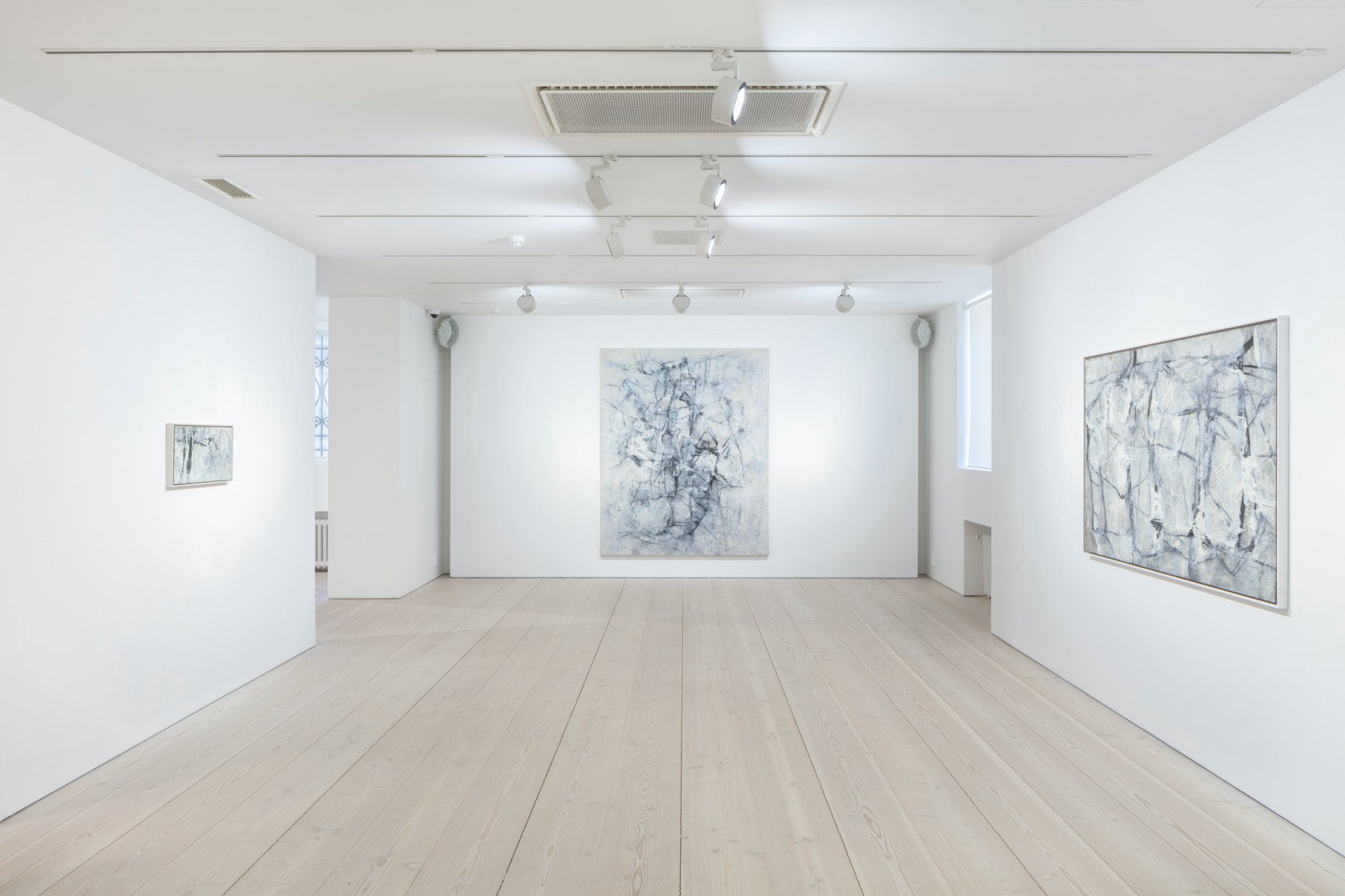 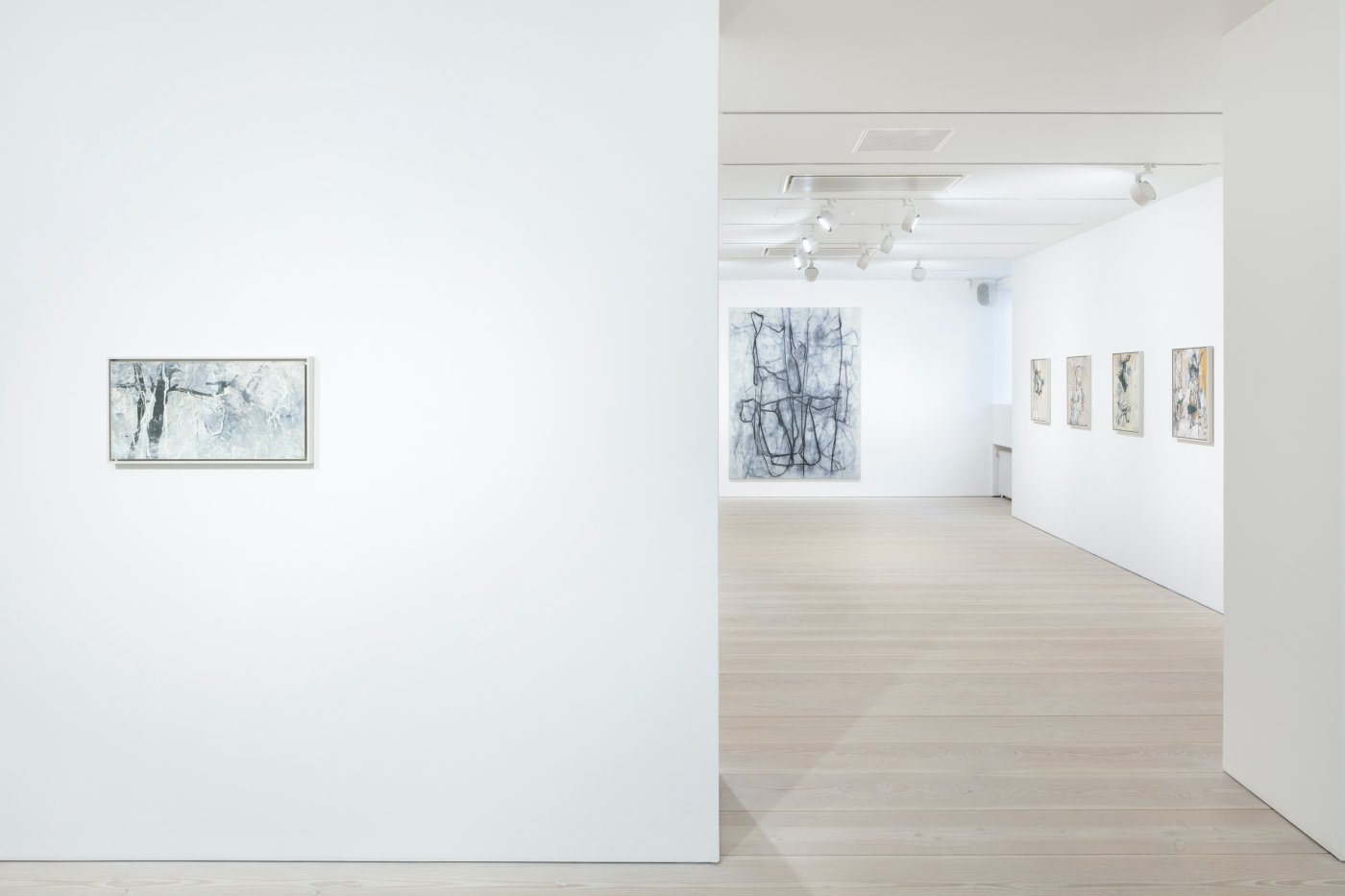 Jukka Mäkelä (1949 – 2018) ranks among the leading pioneers of Finnish postmodernism and neo-expressionism. During a career spanning many decades, Mäkelä continually renewed himself, his rich oeuvre varying radically from one period to the next. The recognizable quality shared by all his paintings is the idiosyncratic way they express a strong bond with nature. Mäkelä’s art is inspired by Finnish nature, though his paintings are anything but traditional landscapes. What endows them with their special quality is the play of light and shadow they capture, as well as a palette of colors that can be described as quintessentially Finnish. These qualities – combined with Mäkelä’s spontaneous, expressive brushwork – immediately call to mind the Finnish landscapes.

This exhibition features a pick of Mäkelä’s paintings dating from 1989 to 1995. The 1990s marked a clear watershed in his oeuvre: he started working with charcoal, and new lightness and buoyancy crept into his work. His lines became almost translucent, as if defying gravity with their flightiness, while still retaining a sense of solidity and confidence, always finding the perfect path in the composition. Mäkelä’s lines are not there to enclose or lend contours to forms or colors, rather they are active, autonomous elements that exist unto themselves.

Nature is not confined to the idea of a landscape in Mäkelä’s paintings, which embrace the entire spectrum of the natural world, as evinced by everything from his organic treatment of line to his perceptive use of color. His paintings might take their cue from virtually anything, whether a ray of light or a minuscule detail in an urban setting. The essential point to note is that Mäkelä never regarded himself as something separate from nature – he depicted nature not from the vantage point of an external observer but as an integral part of it.