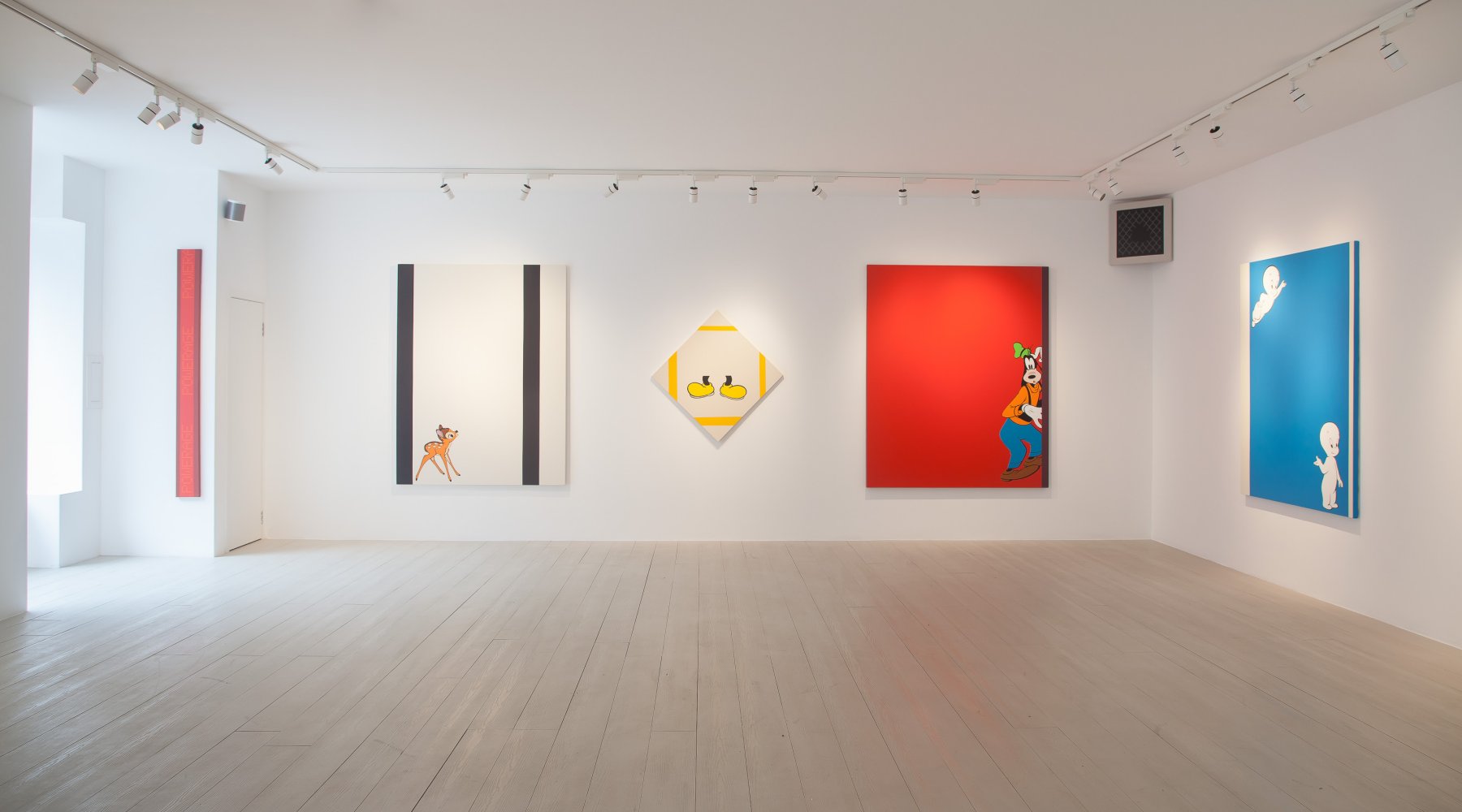 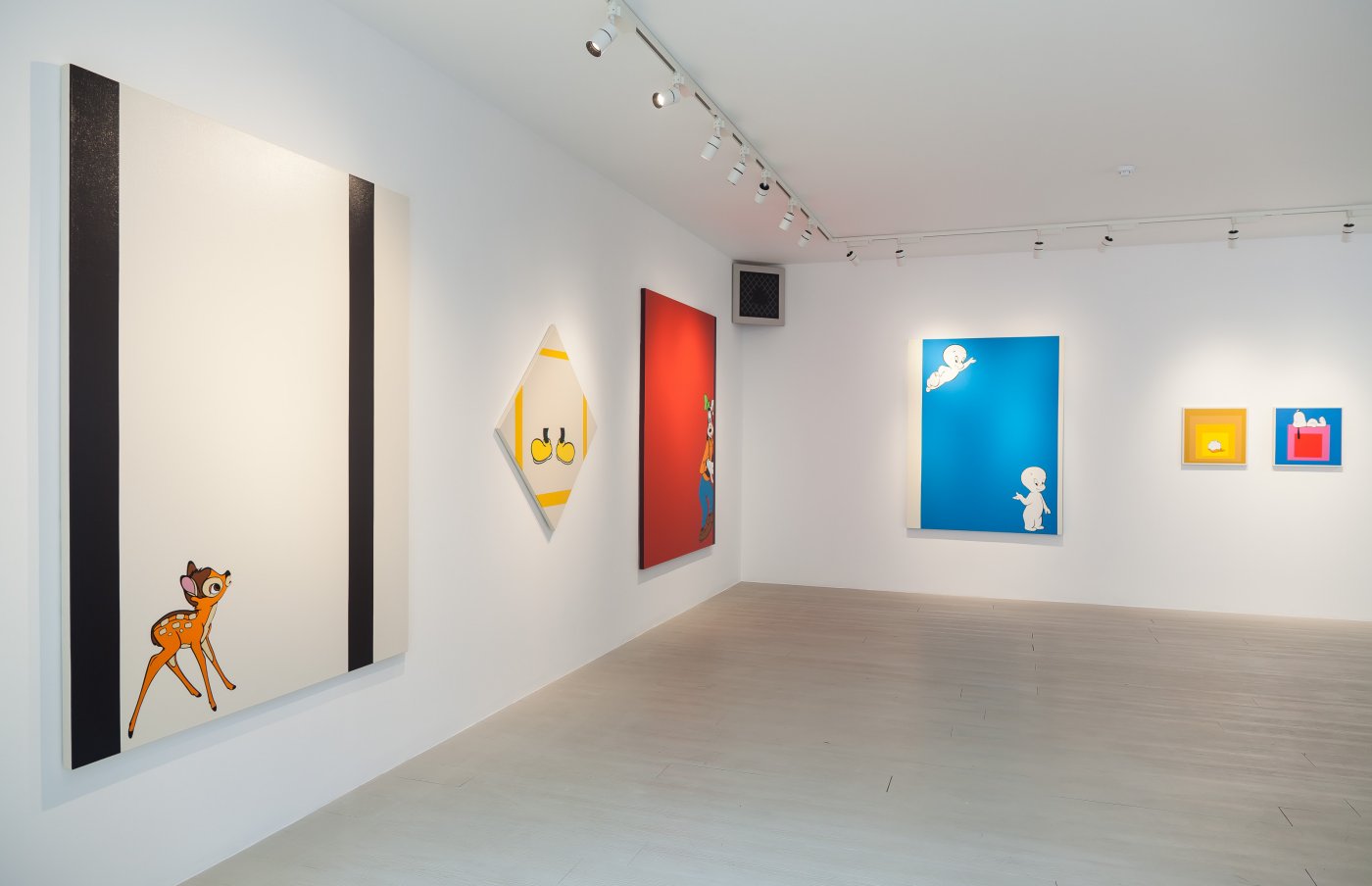 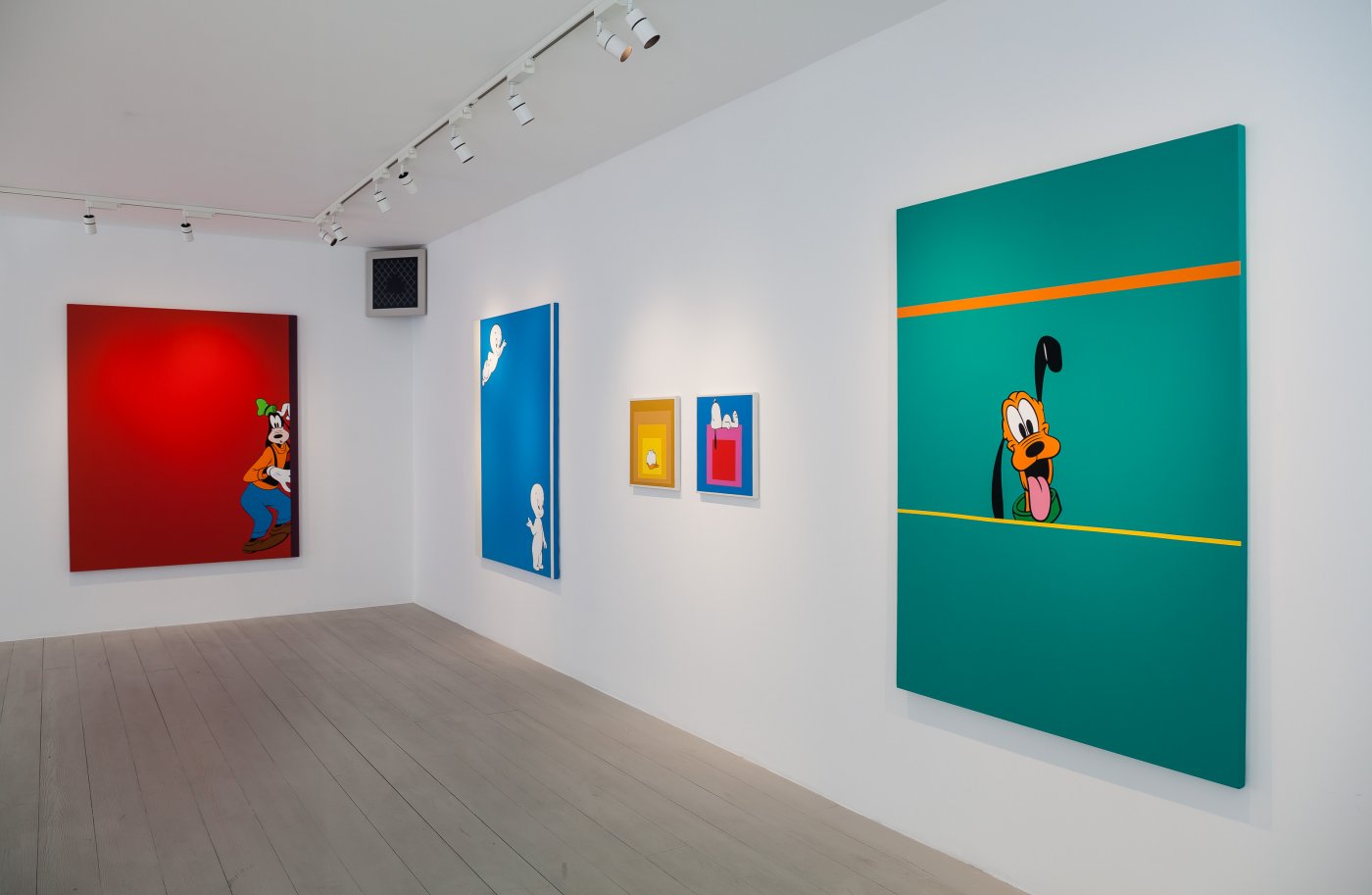 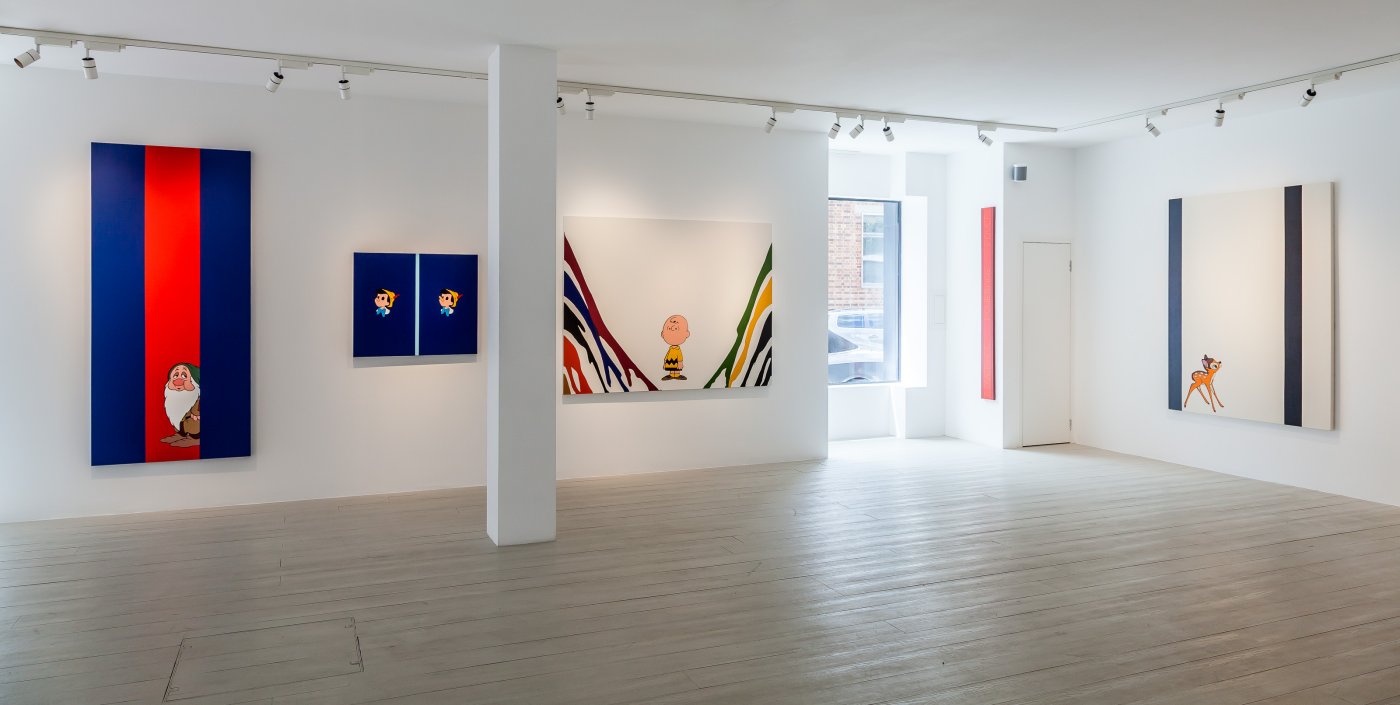 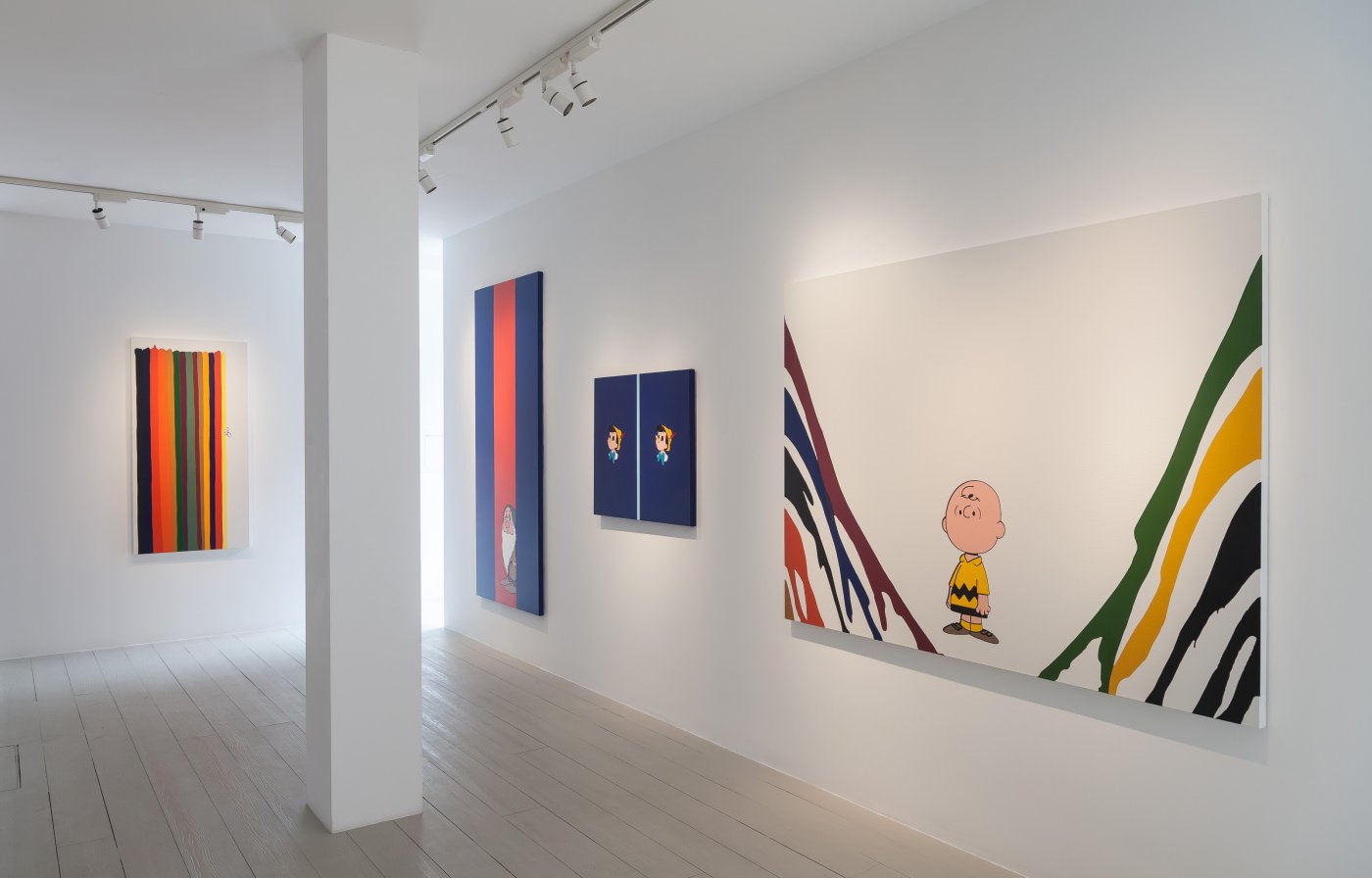 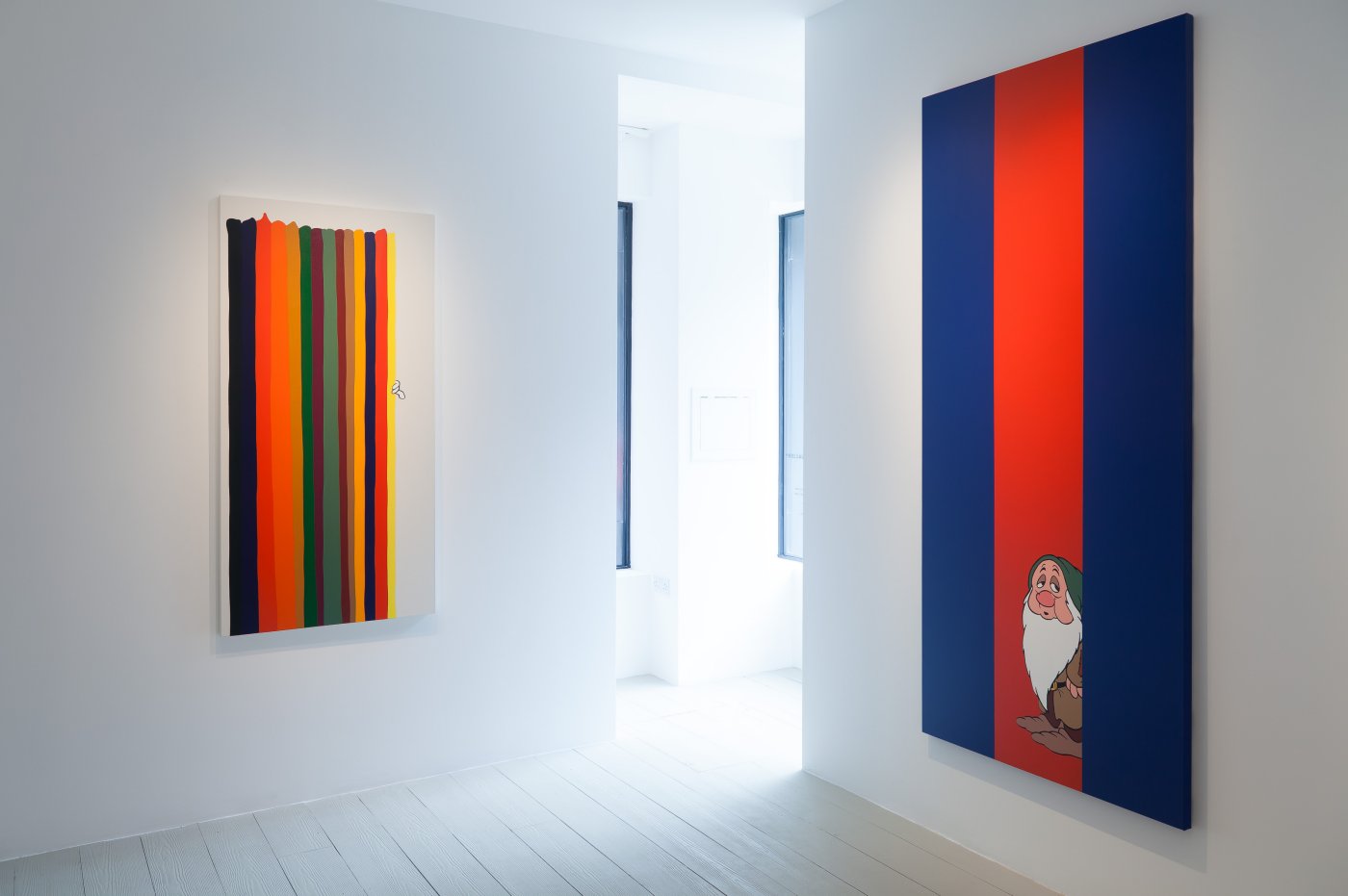 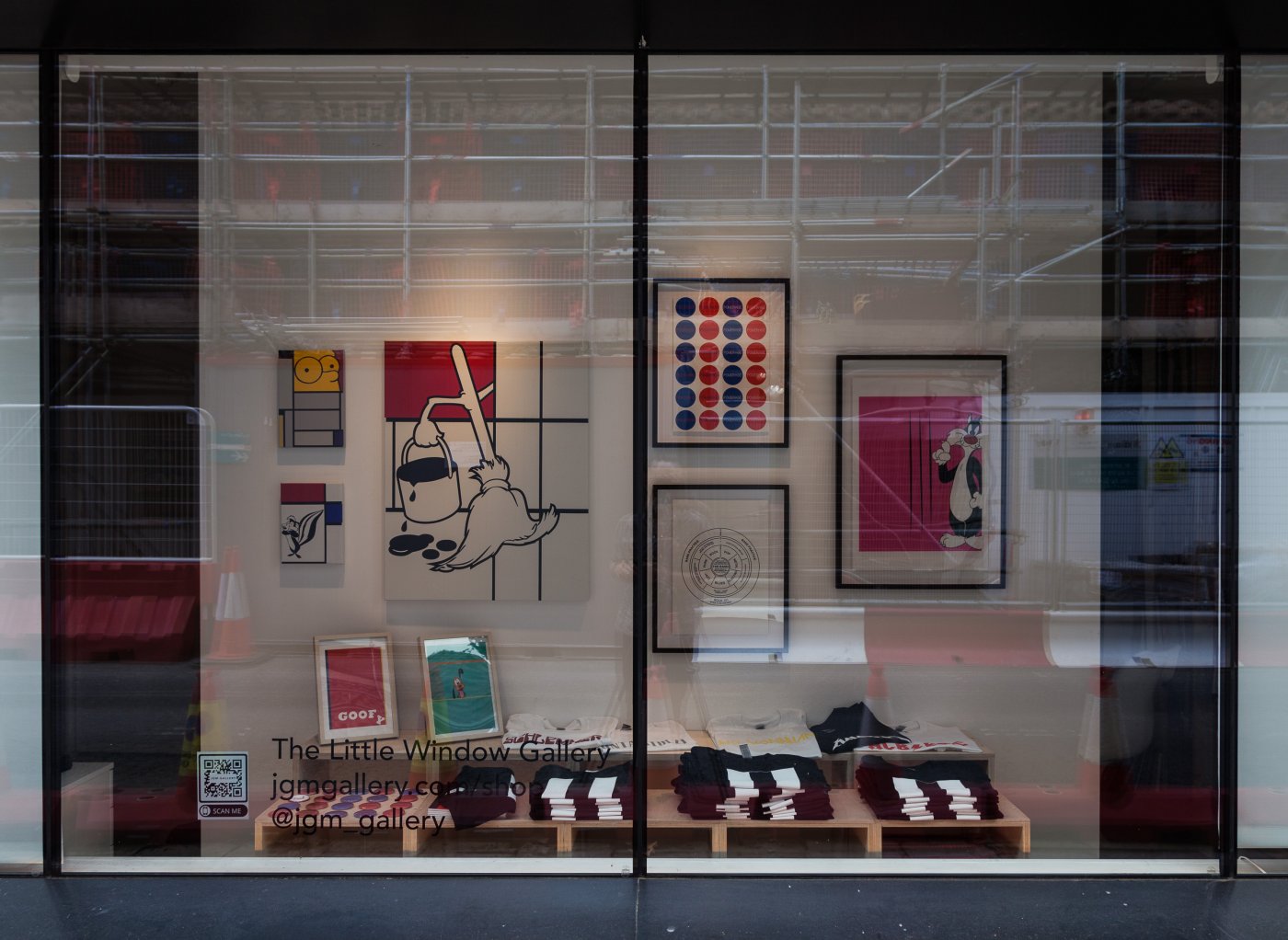 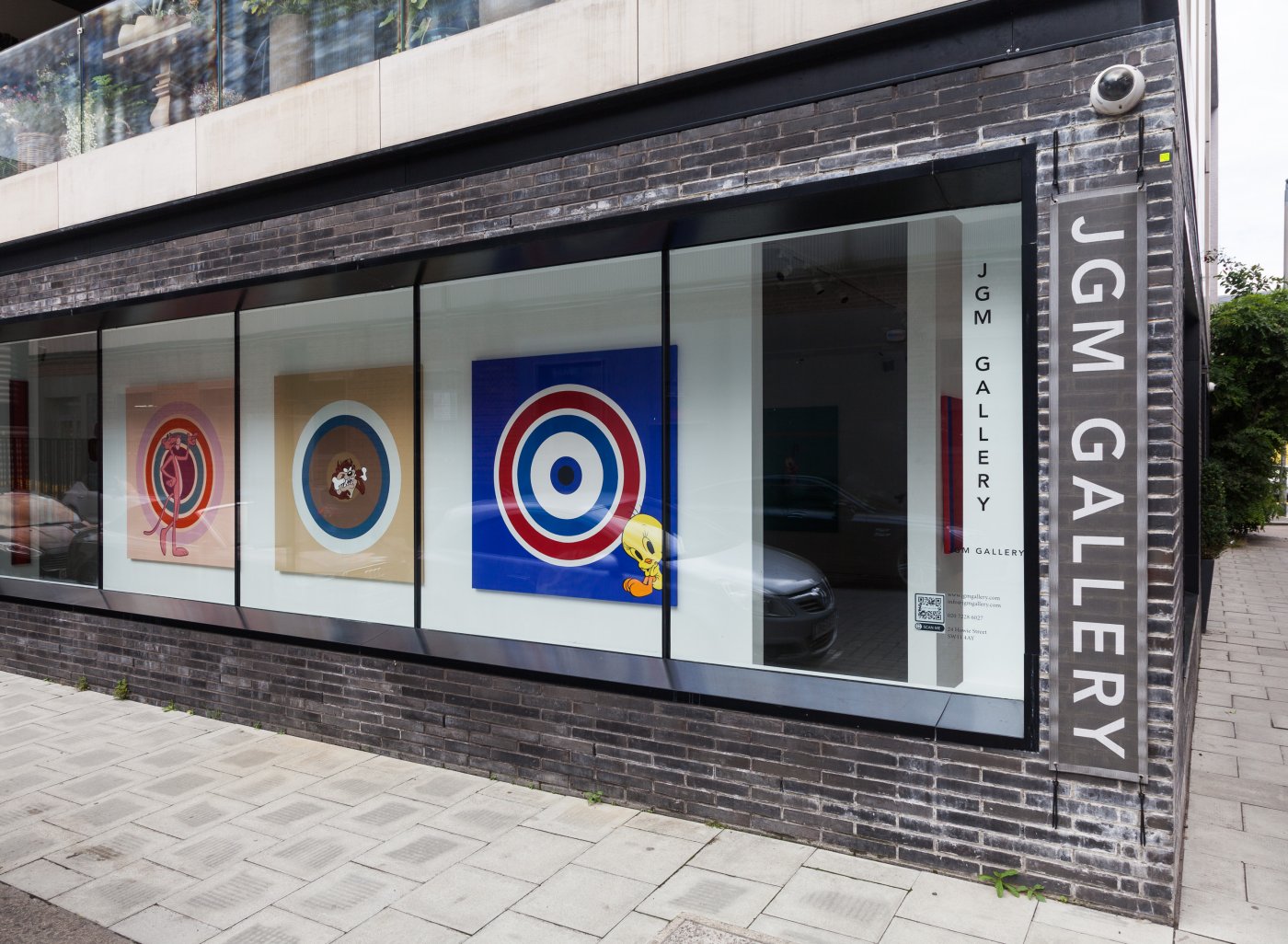 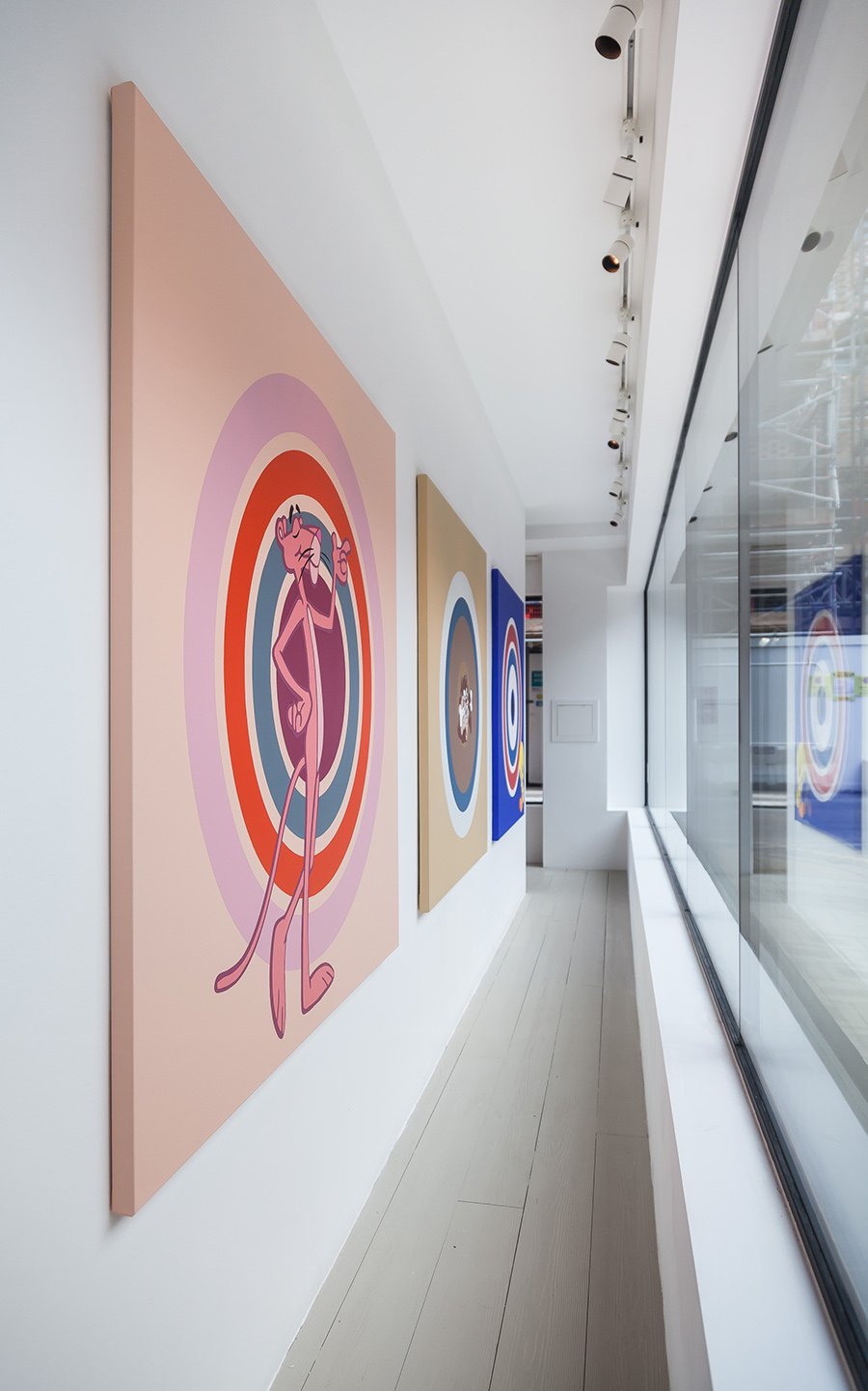 This second solo exhibition of Bolivar’s at JGM Gallery, which presents an ambitious new body of paintings and limited-edition prints, is titled after the 1978 album of Australian rock band AC/DC, and weaves together references from popular culture, cartoon imagery and art history.

Bolivar was born in 1966 in Caracas, Venezuela. These new works are informed by his memories of geometric abstraction and modernist architecture, experienced during his childhood, at the Central University of Venezuela designed by Carlos Raúl Villanueva, and placed in relation to cartoon imagery encountered at the same time.

As part of this exhibition’s research, Bolivar looks at Italian early Renaissance painting (in particular the 13th and 14th century Sienese School) to feed into the decisions of placing cartoon images upon re-enacted American Color Field Painting, in particular the works of Barnett Newman, Morris Louis and Kenneth Noland, and earlier examples of the European Avant-Garde – Kazimir Malevich, Piet Mondrian and Josef Albers.

“This type of intertextuality reads at times like a far-fetched plot or absurd comedy involving Duccio, Snow White’s Sleepy and Newman’s ‘zip’ paintings,” writes Bolivar about his new body of work. “The motifs in POWERAGE bring together comic strips and cartoons – the new forms of visual art that emerged in the 20th century – the modernist movement in Europe and Post-War Modernism in the US. These influences have created a rich and problematised zone where entertainment, popular culture and high modernism converge and overlap.”

Jennifer Guerrini Maraldi, founder of JGM Gallery, says: “Juan has approached this latest body of work in POWERAGE with his characteristic zest and attention to detail. Given the lockdowns, POWERAGE has had more time in the making, which has added both to the anticipation and development of this new body of work by Juan.”

The exhibition is accompanied with a fully illustrated 60-page publication, including texts by Jennifer Guerrini Maraldi, Juan Bolivar and Daniel Sturgis, professor in painting at the University of the Arts London.

Courtesy of the artist and JGM Gallery, London