Galleria Continua presents JR’s first solo exhibition in Italy. Known worldwide for his large-scale installations combining public art and photography, the French artist is part of the new generation of artists who reinterpret the identity of modern-day cities, questioning their sometimes ambiguous nature. 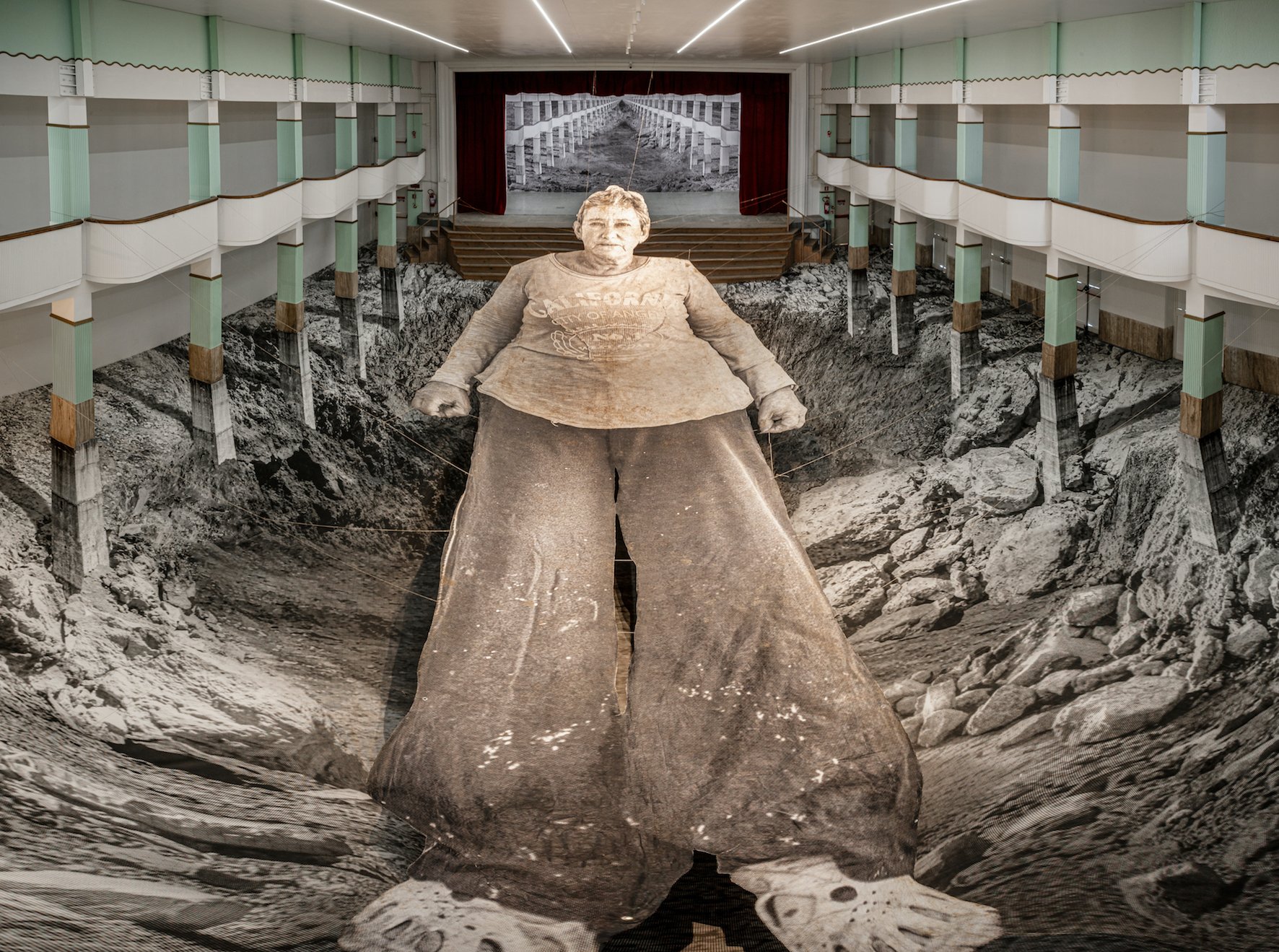 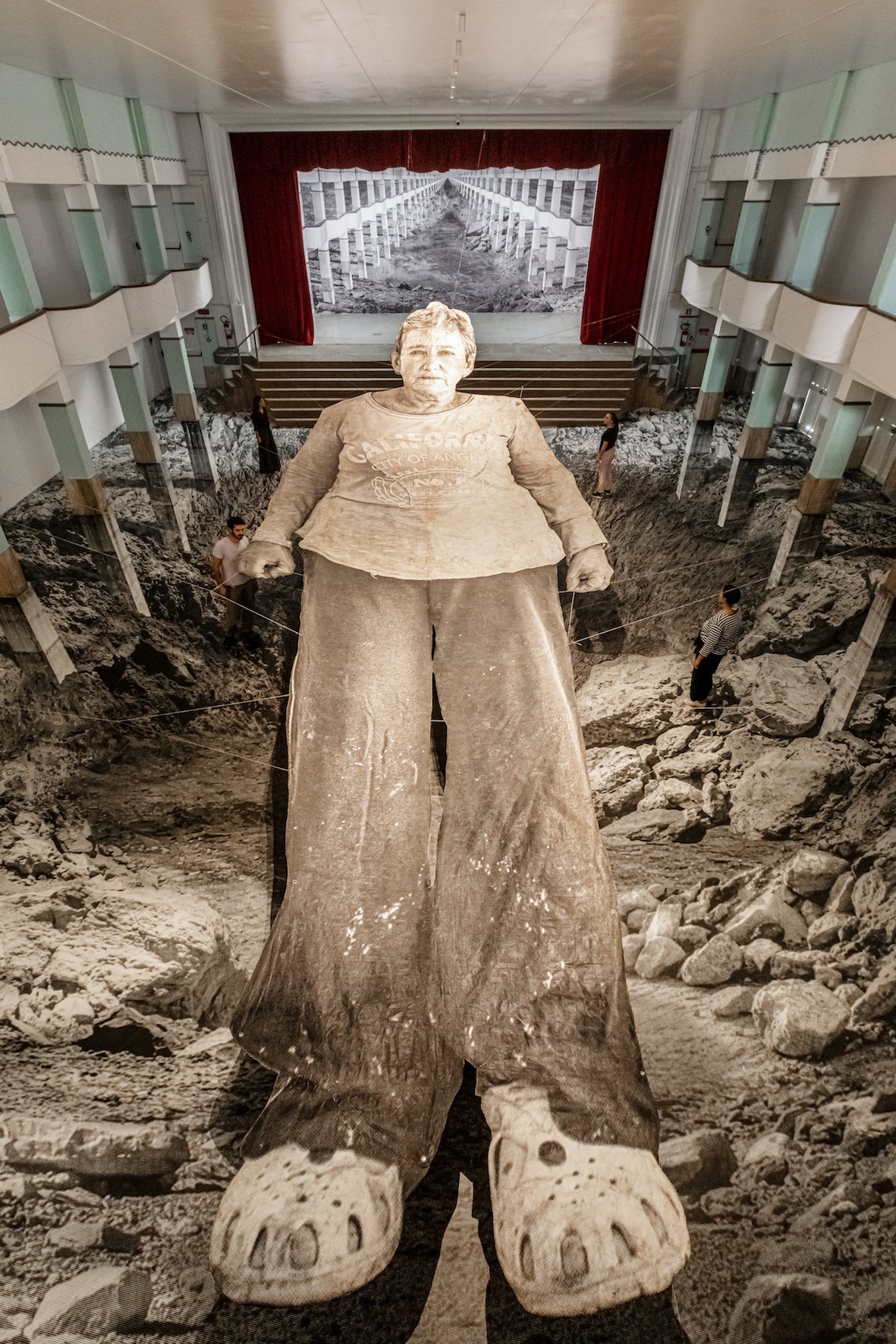 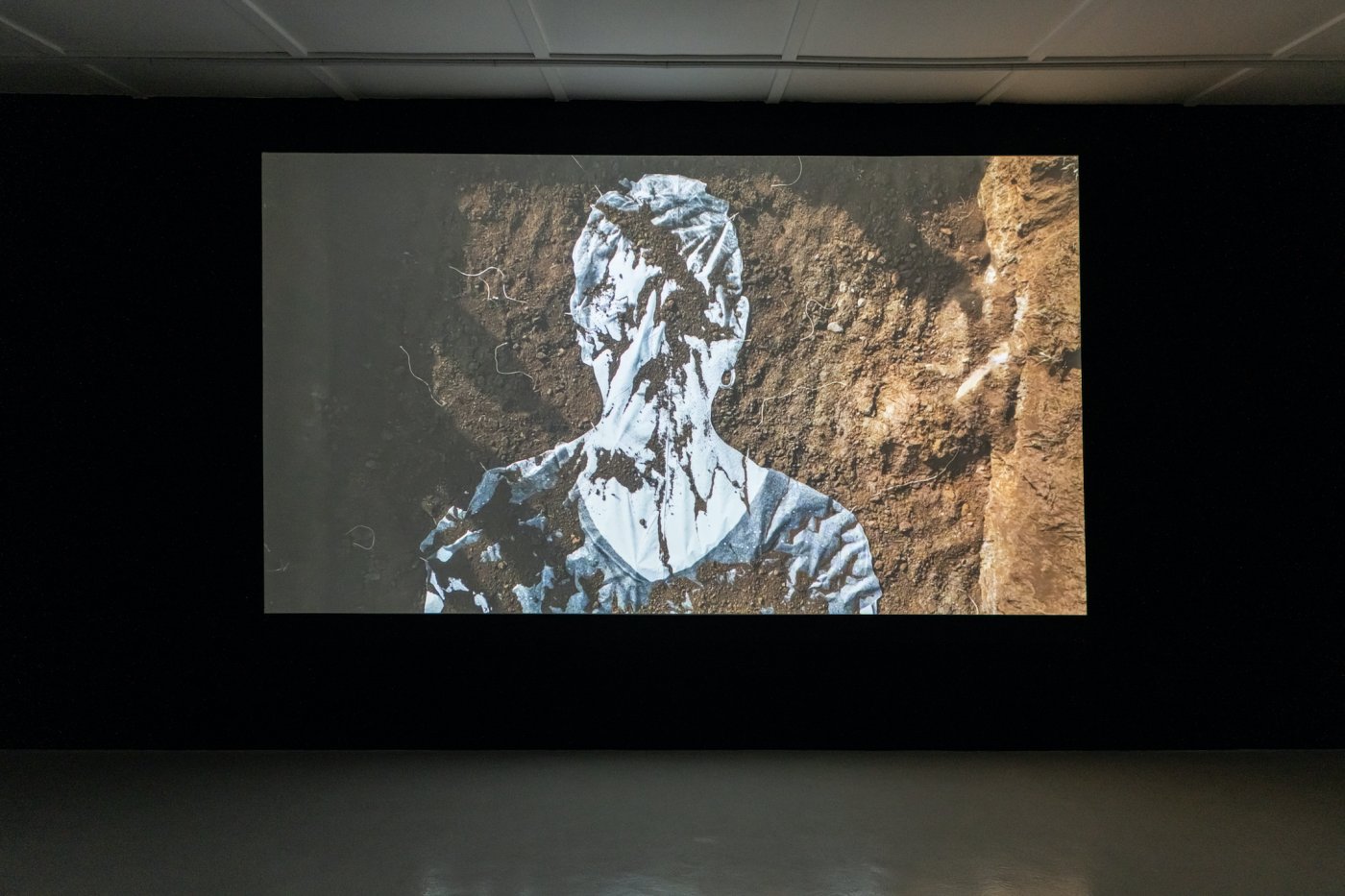 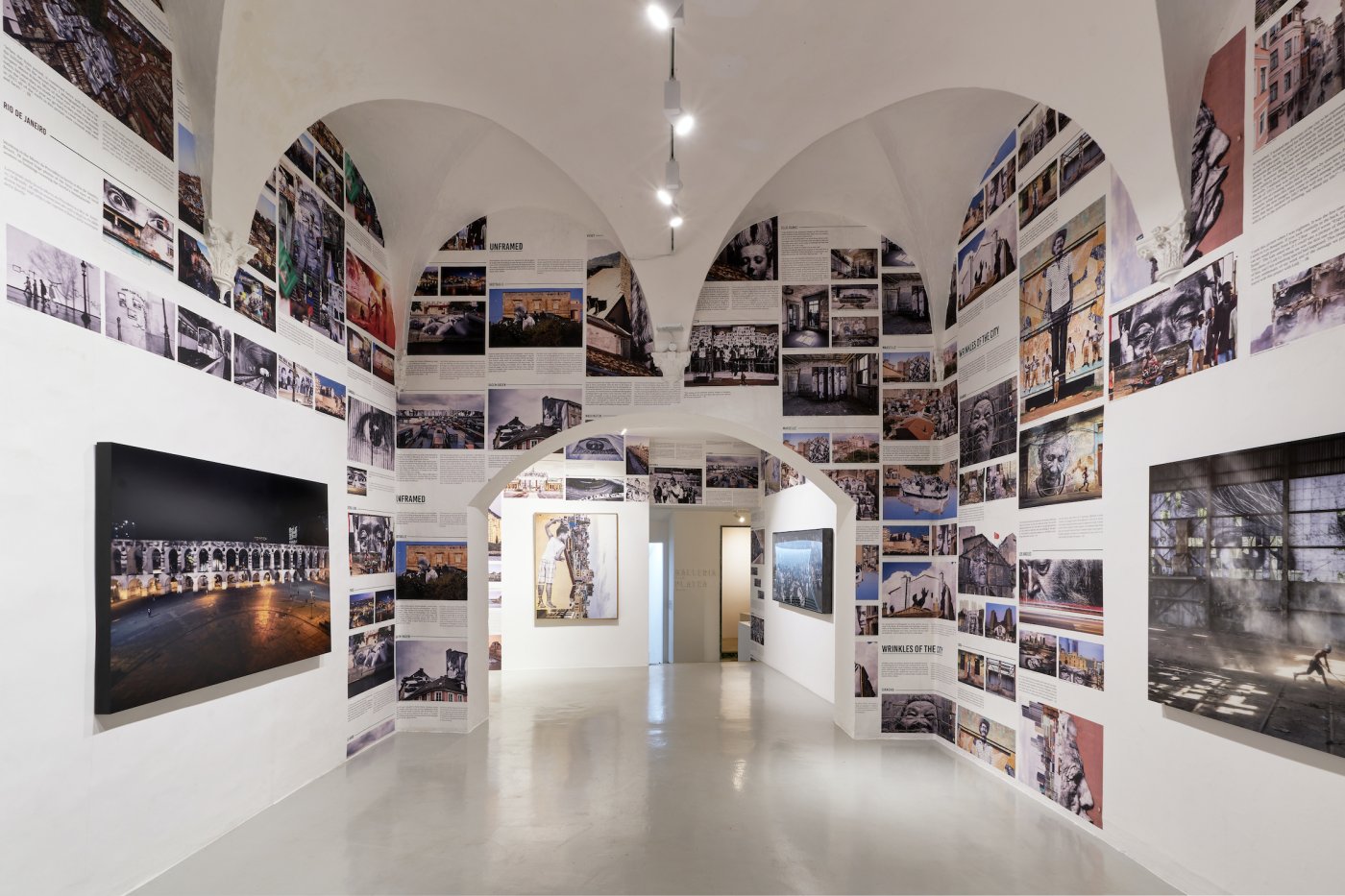 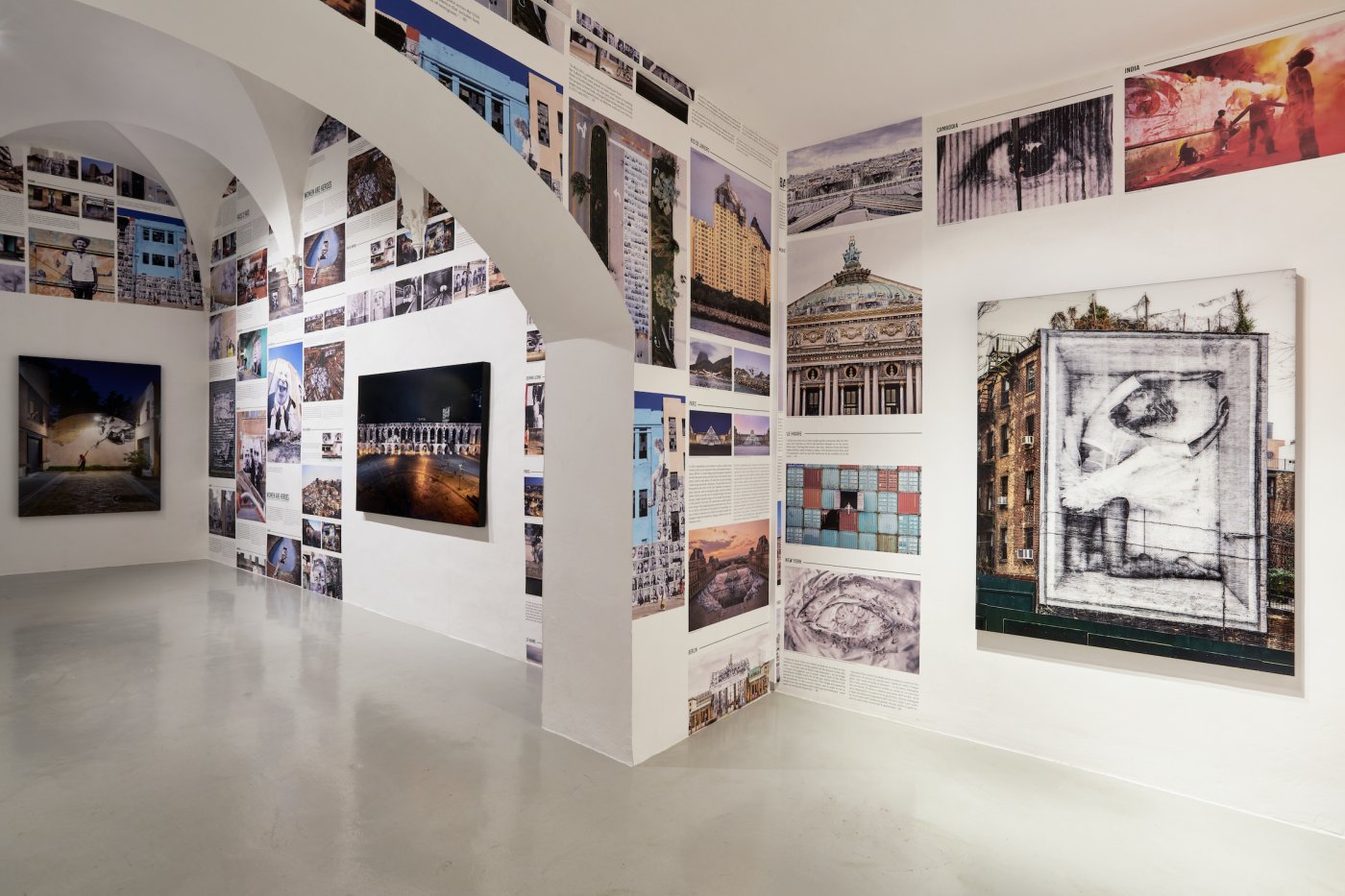 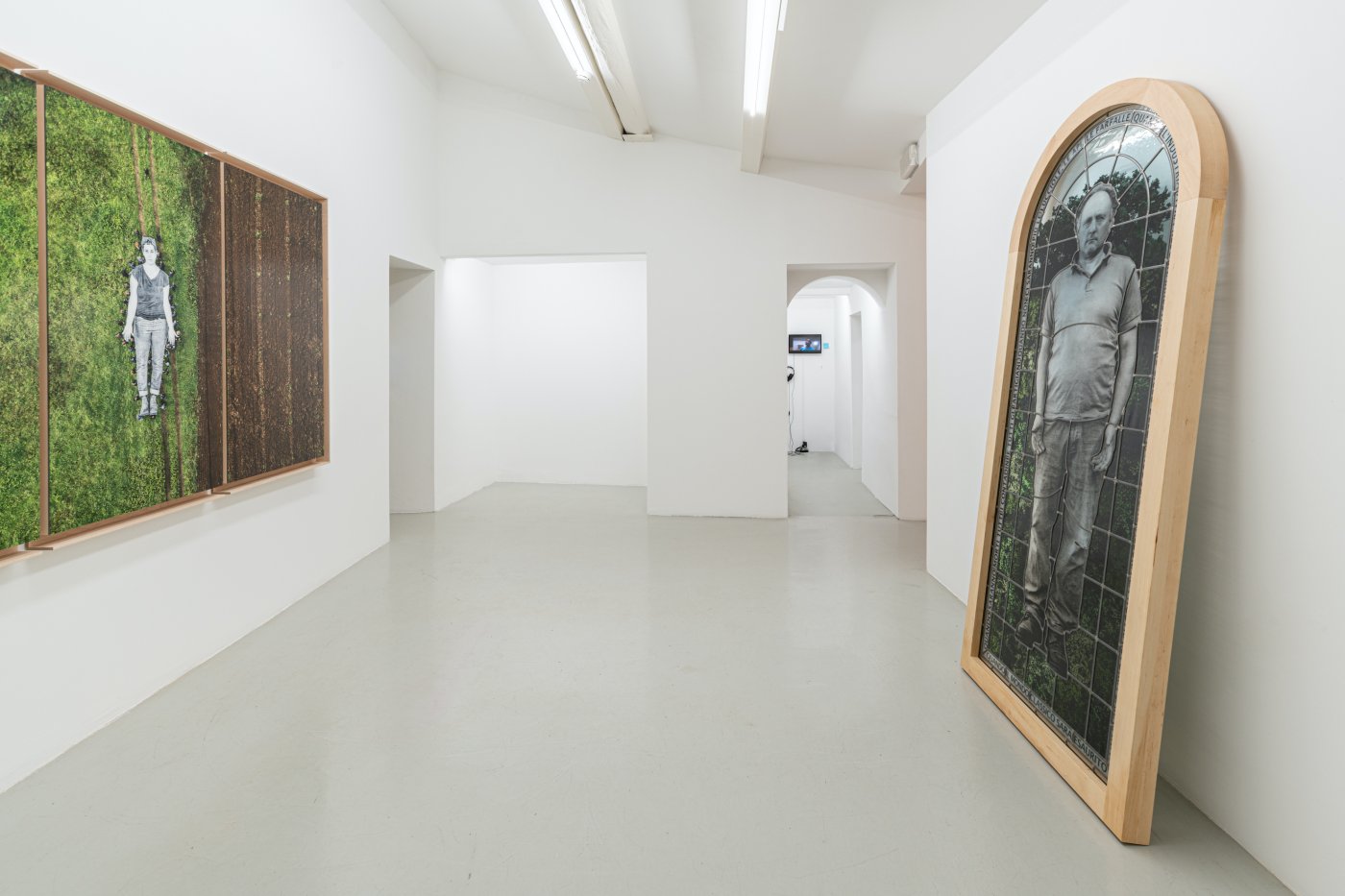 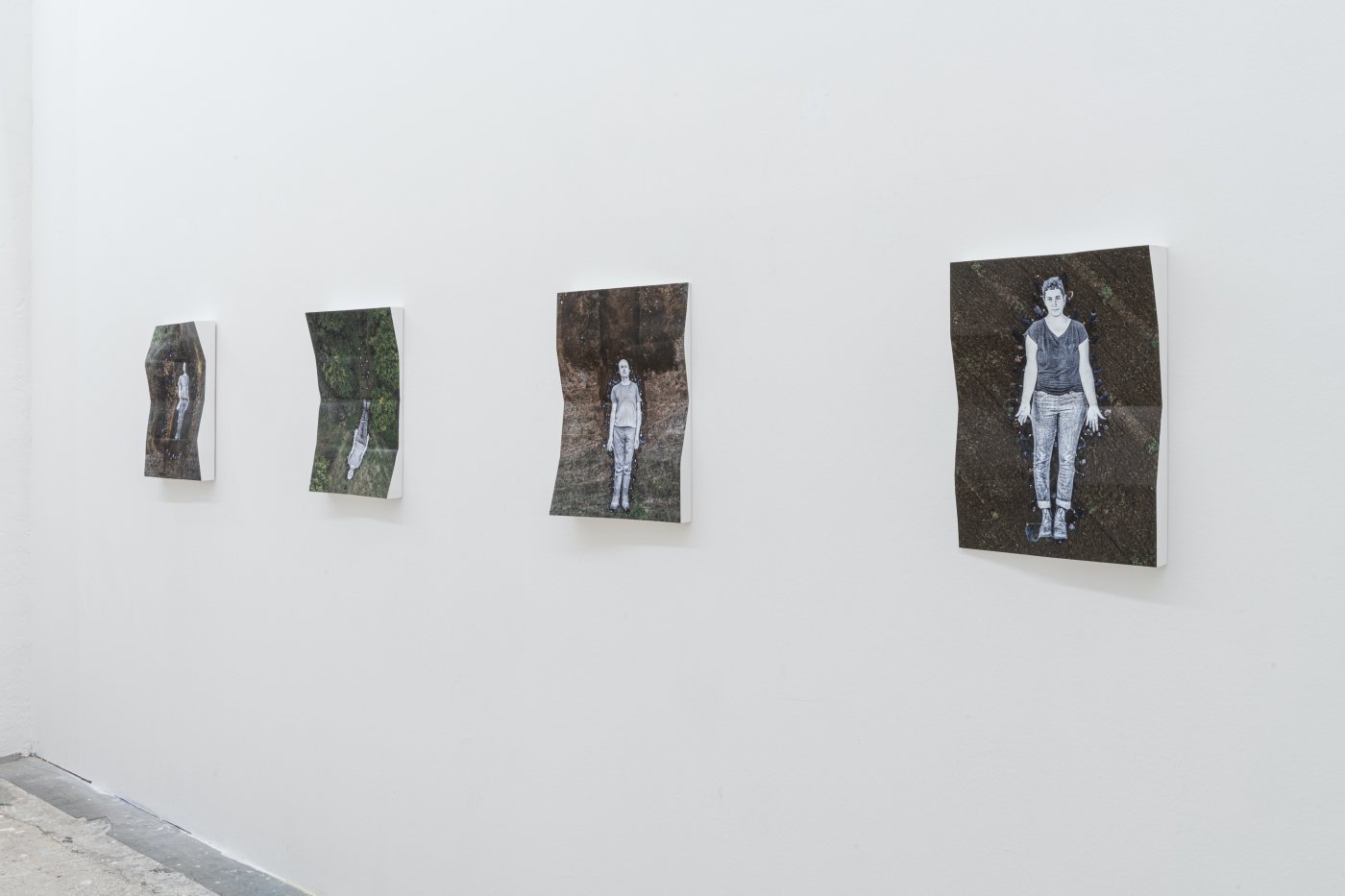 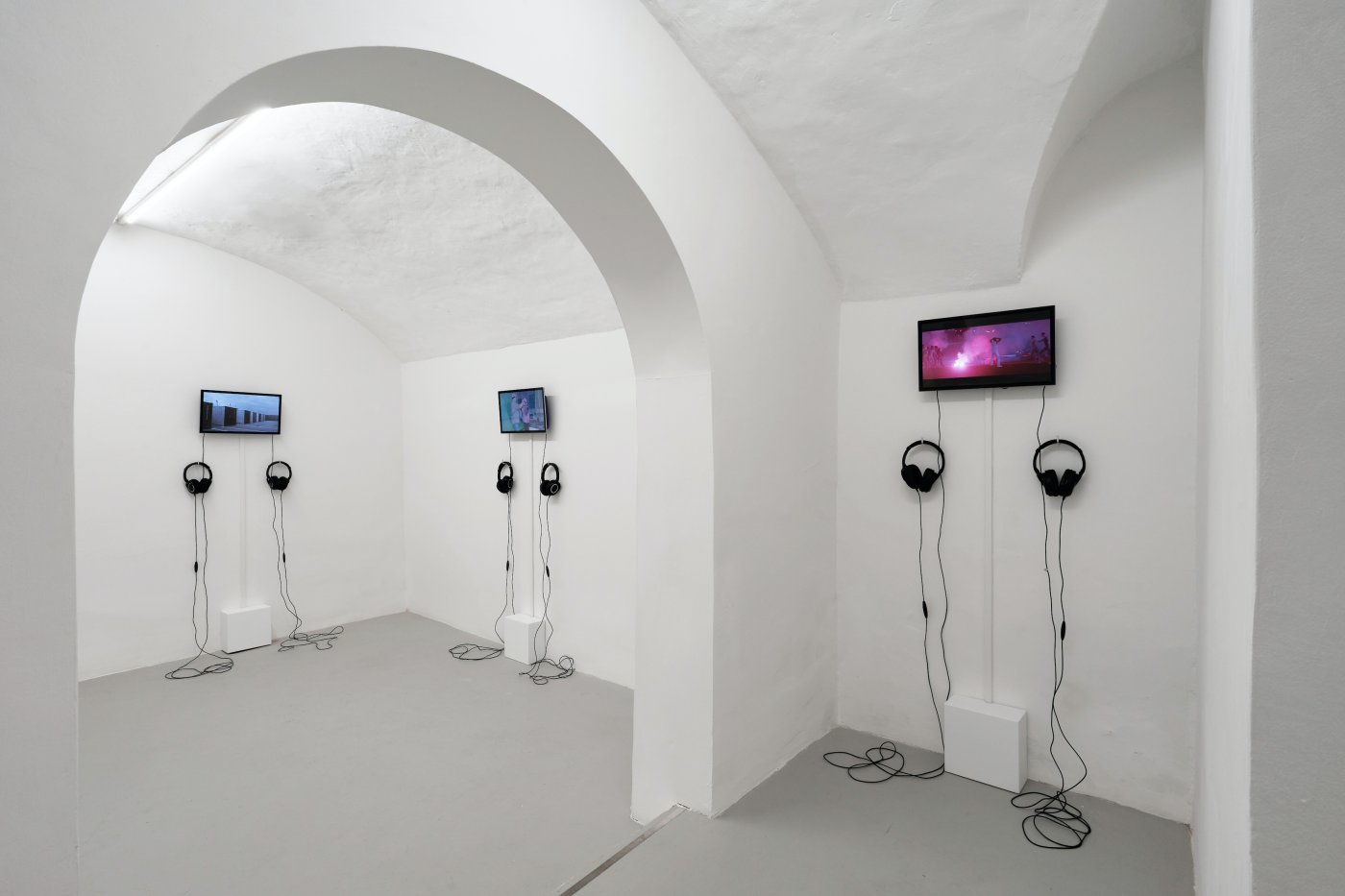 Mixing art and action, his work speaks of commitment, freedom and identity. This exhibition presents his latest film, “Omelia contadina”, a short film made with the Italian director Alice Rohrwacher which premiered in the Special Screenings section of the 77th Venice International Film Festival (2020) and which aims to avert the disappearance of traditional rural culture. JR elaborates on this theme in his San Gimignano solo show via a series of photographic works made on glass, paper and plaster, along with a site-specific installation which fills and transforms not only the stage but also the entire stalls area of the former cinema and theatre that houses the gallery.

“Omelia contadina” was born out of JR’s interest in the difficulties encountered by a large number of small farmers and inhabitants of the Alfina plateau. Alice Rohrwacher explains the origins of the project: “Last autumn, during a walk on the border between Umbria, Lazio and Tuscany, I told my friend and artist JR of my concerns about the destruction of the agricultural landscape, violated by the intensive monocultures with which major corporations are shaping entire territories. I told him, as the daughter of a beekeeper, of the mass death of insects that such changes bring about, and of the struggles of small farmers as they try to stem the tide of speculations, subsidies and pesticides. At one point, we stopped at a crossroads: on all sides, uninterrupted rows of hazelnut trees filled the landscape as far as the horizon. As we looked upon this, we commented to each other that it looked like a war cemetery. On the way back we decided – if it looks like a cemetery, we have to hold a funeral. But it must be a funeral full of life!”

Both complex and poetic, JR’s work focuses on sensitive and sometimes uncomfortable themes. Always taking dignity and respect for others as their starting point, at the heart of his large murals is the common man and an exploration of his reality.

Through a series of photographic images and texts on display in the rooms on the first floor of the gallery, JR illustrates his artistic journey, which began at a very young age with the chance discovery of a camera in the Paris subway. His huge portraits of ordinary people, printed and pasted (illegally, at the beginning of his career) on walls in various Paris neighbourhoods first, and in many other cities around the world later on, are unsettling and provocative shots of anonymous women and men, designed to stir our conscience.

Faces that represent the city’s memory and denounce the distortions and ambiguities present in society, screaming from the facades of the chaotic and sedated metropolis. The stated objective is that of making art into a tool for changing the world.

JR’s works are born out of interactions with spaces and people. Once installed, his monumental photographs give the impression they have always been there. Such is the case of “Giants, peeking at the city”, the photographic installation created by the artist in 2019 at Galleria Continua’s premises in Cuba which depicts a boy from Havana’s Chinatown who plays football every day in front of the former Águila de Oro cinema building where the gallery is located. JR’s works go beyond the artistic gesture.

JR was born in Paris in 1983. His career as an artist began in 2001 when he found a camera in the Parisian subway. In 2006, he launched “Portrait of a Generation” huge-format portraits of suburban “thugs” from Paris’ notorious banlieues, posted on the walls of bourgeois districts in Paris. In 2007, with his partner Marco Berrebi, he created “Face 2 Face”, which some consider the biggest illegal photo exhibition ever. JR posted huge portraits of Israelis and Palestinians face to face in eight Palestinian and Israeli cities, and on both sides of the security fence/separation barrier. He embarked on a long international trip in 2008 for his project “Women Are Heroes”, underlining the dignity of women who are the target of conflict. In 2011, he won the TED Prize for his phenomenal work done worldwide, after which he created Inside Out, an international participatory art project that allows people worldwide to get their picture taken and paste it to support an idea and share their experience. His recent projects include a collaboration with New York City Ballet, an Academy Award Nominated feature documentary “Visages Villages” co-directed with Nouvelle Vague legend Agnès Varda, a huge installation in the Pantheon in Paris, the pasting of a container ship, the pyramid of the Louvre, a monumental mural “à la Diego Rivera” in the suburbs of Paris, in San Francisco, in New-York and about “Guns in America”, but also giant scaffolding installations at the 2016 Rio Olympics, an exhibition on the abandoned hospital of Ellis Island and a gigantic installation at the US-Mexico border fence. In 2019 JR had solo shows at SFMOMA, San Francisco, and Brooklyn Museum, New York, USA.