In collaboration with the Joyce Pensato Estate, Petzel Gallery presents the exhibition Fuggetabout It (Redux) at its Chelsea location, 456 West 18th Street. 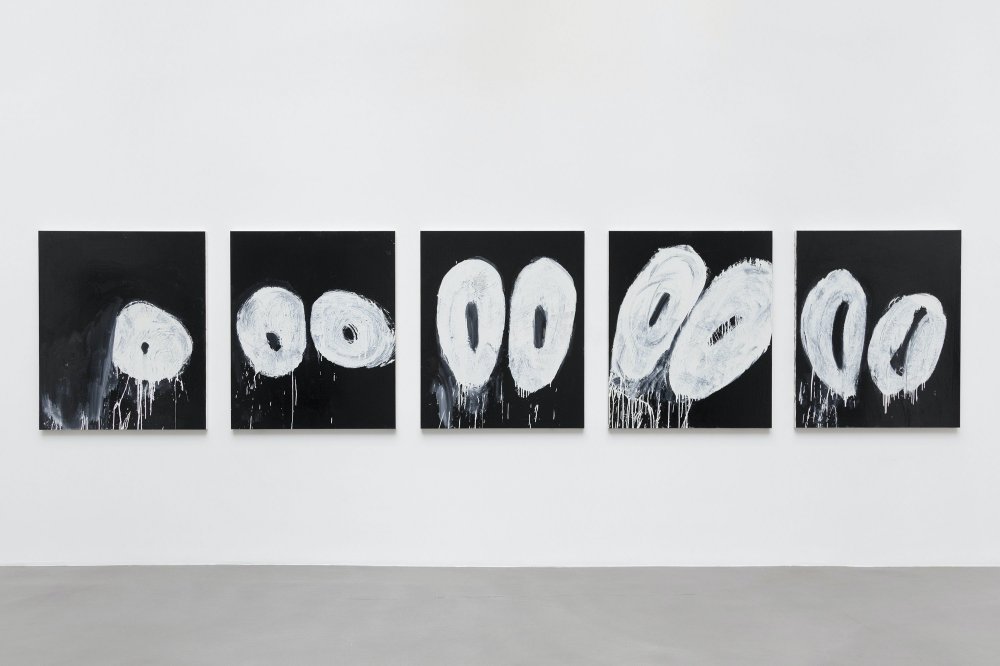 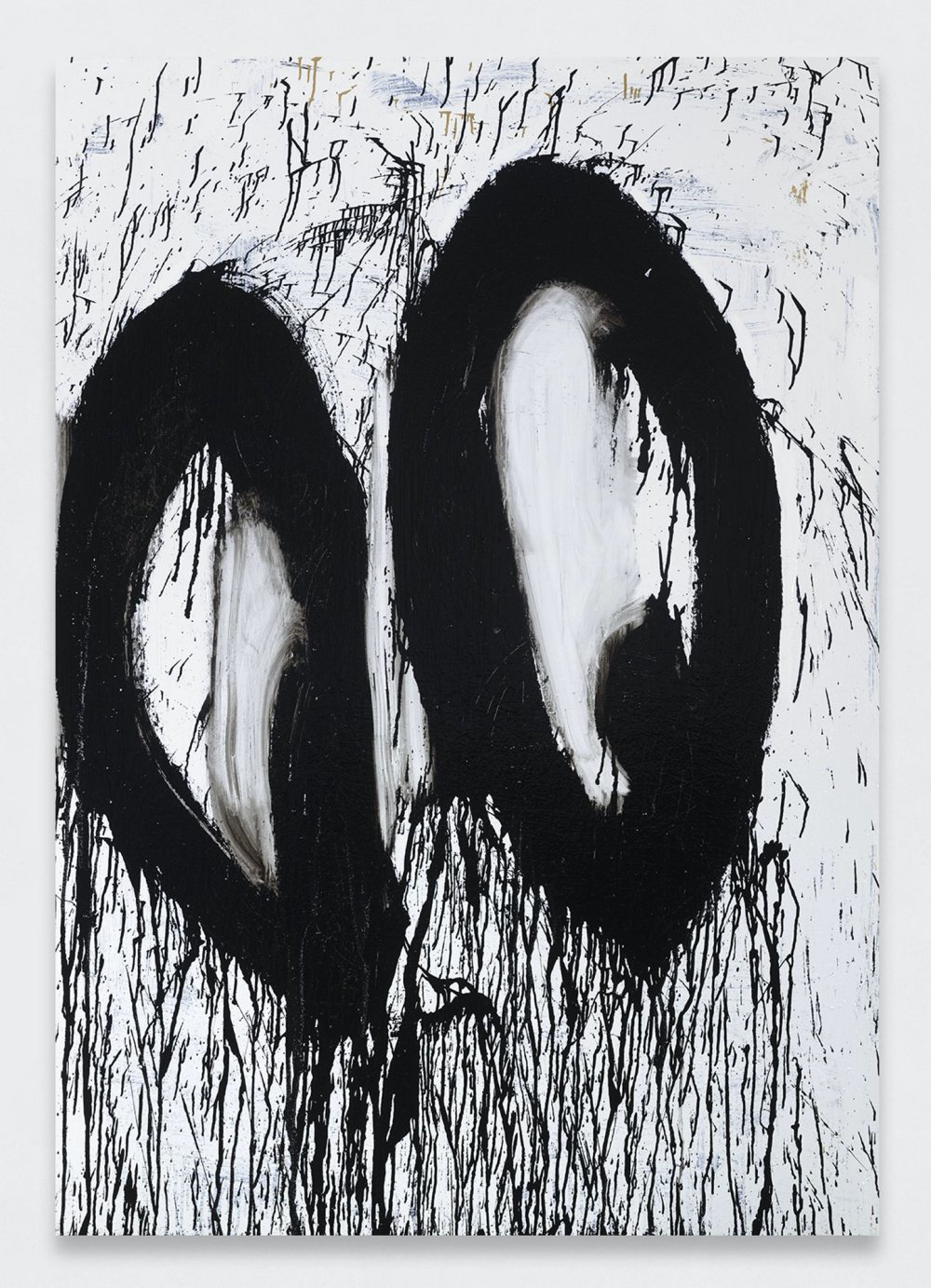 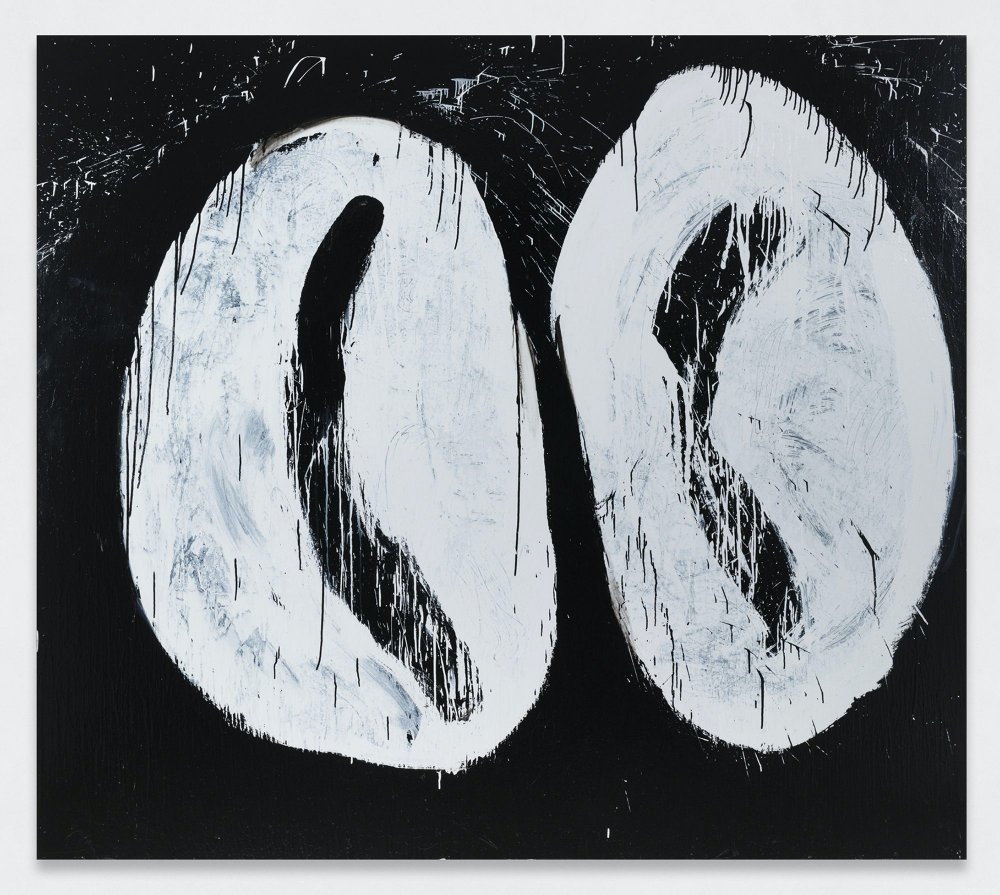 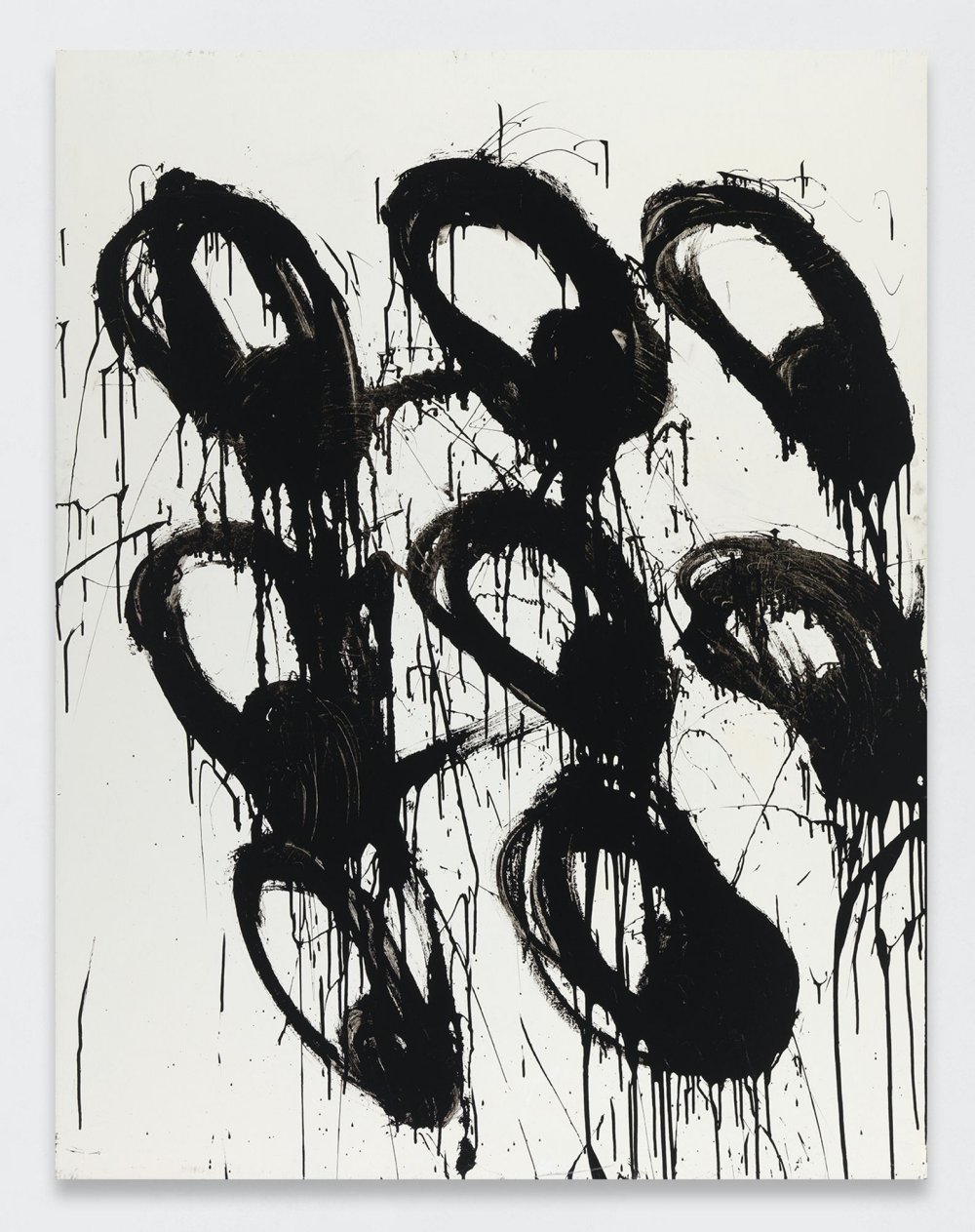 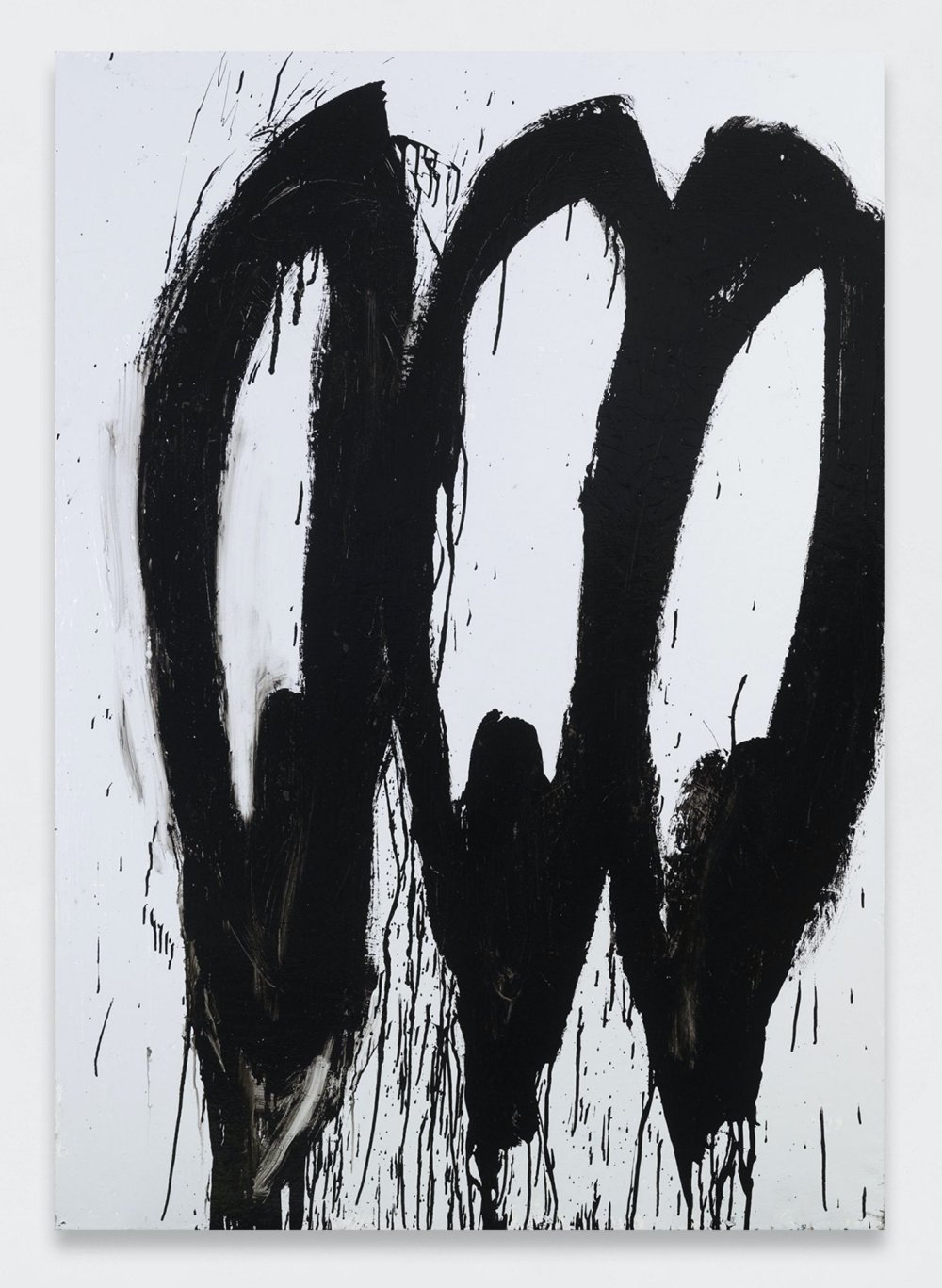 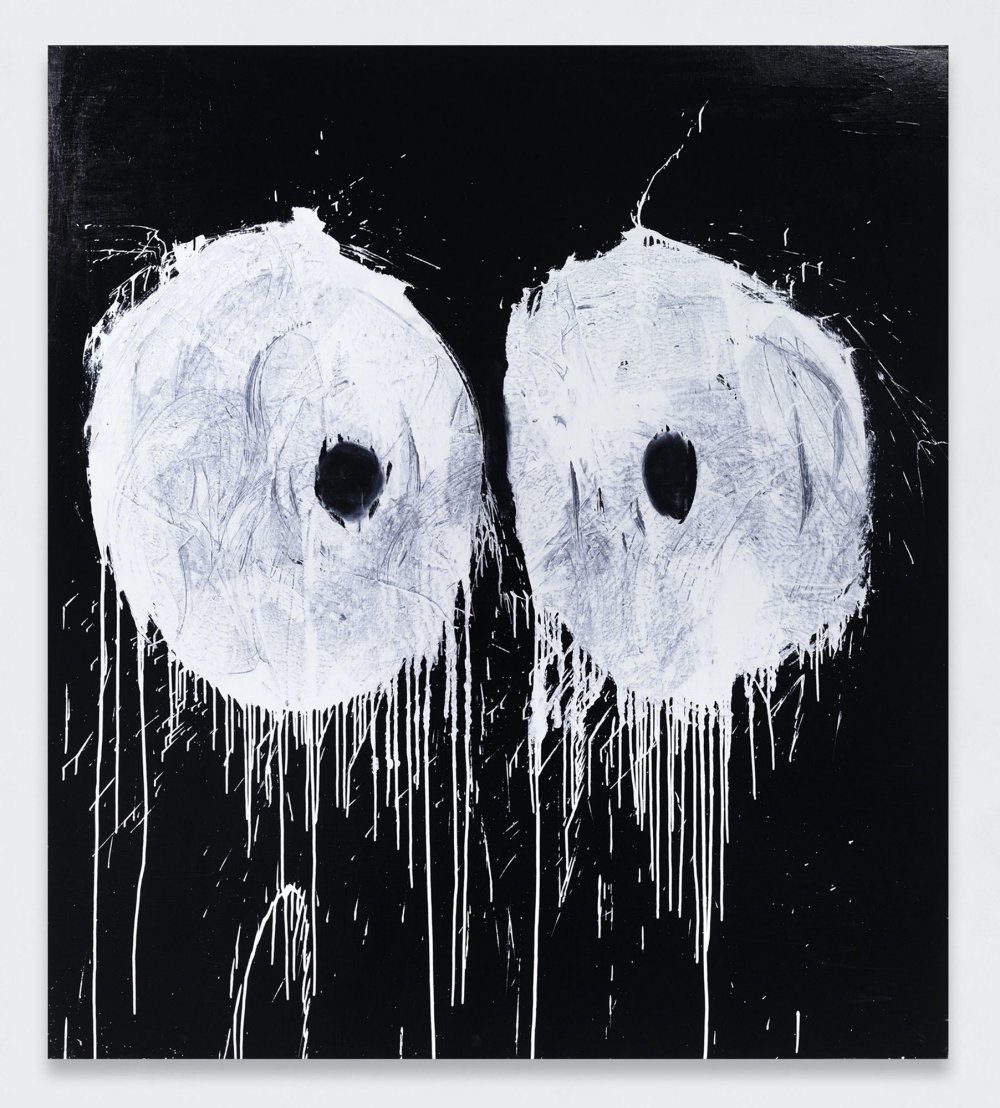 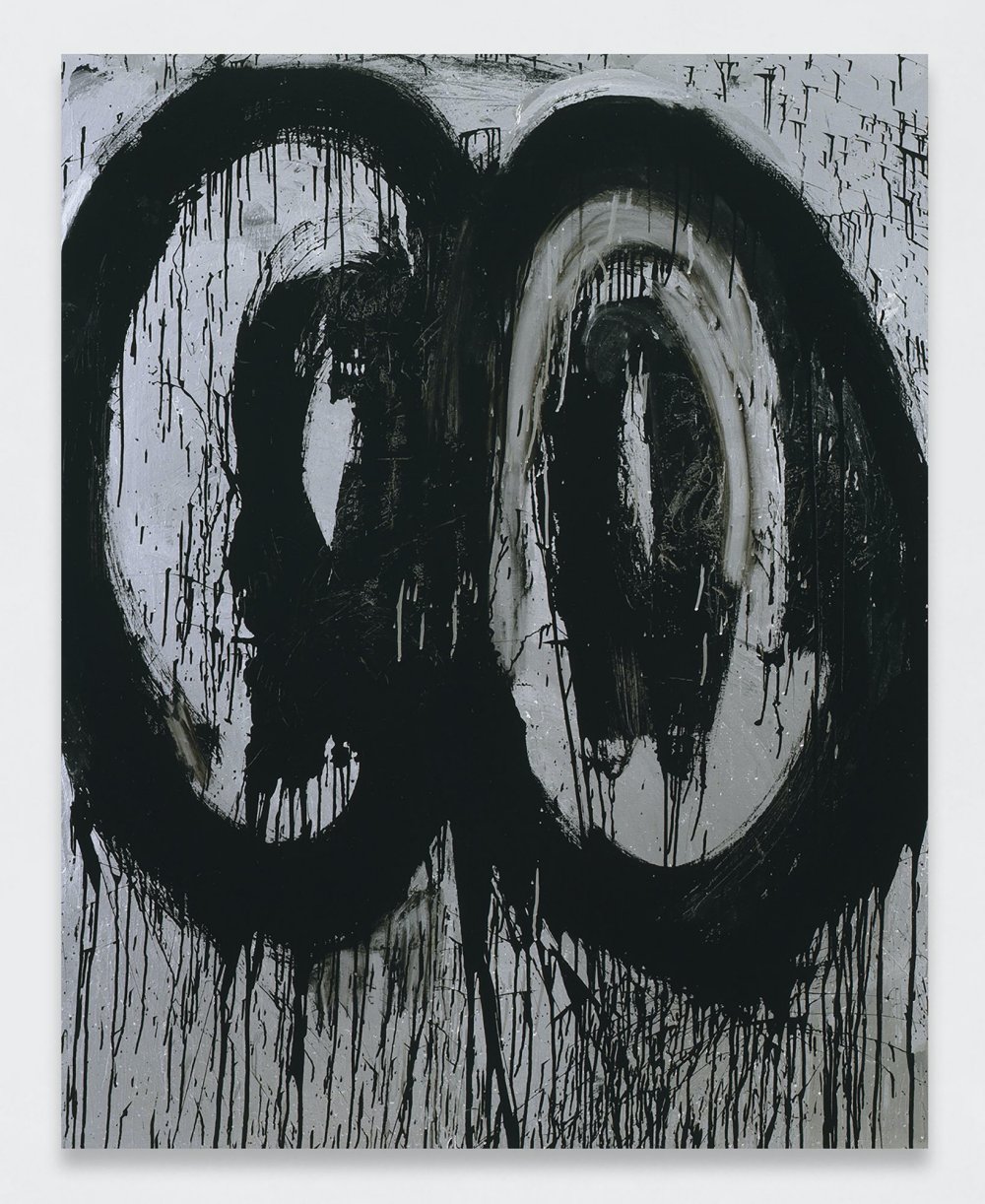 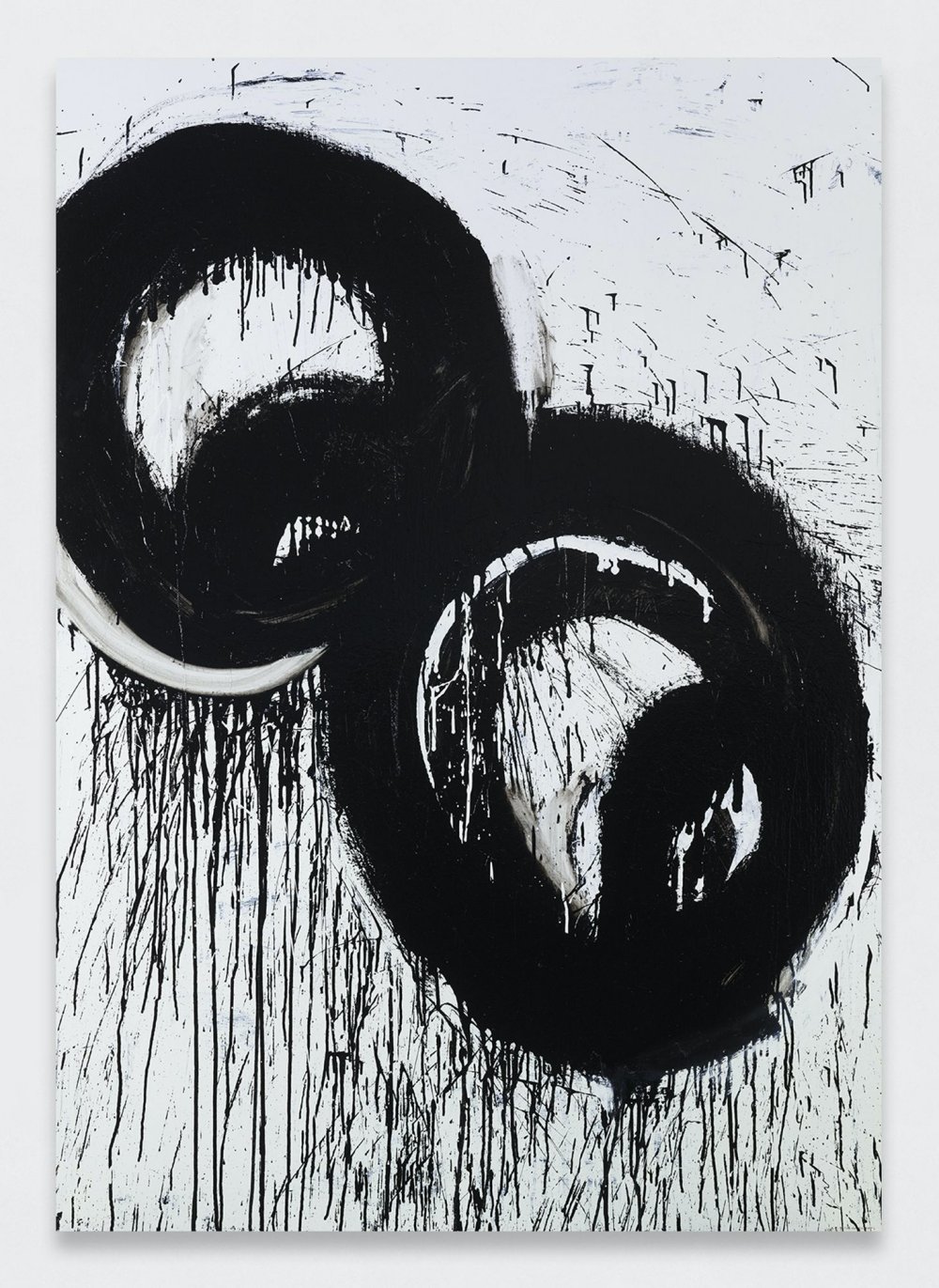 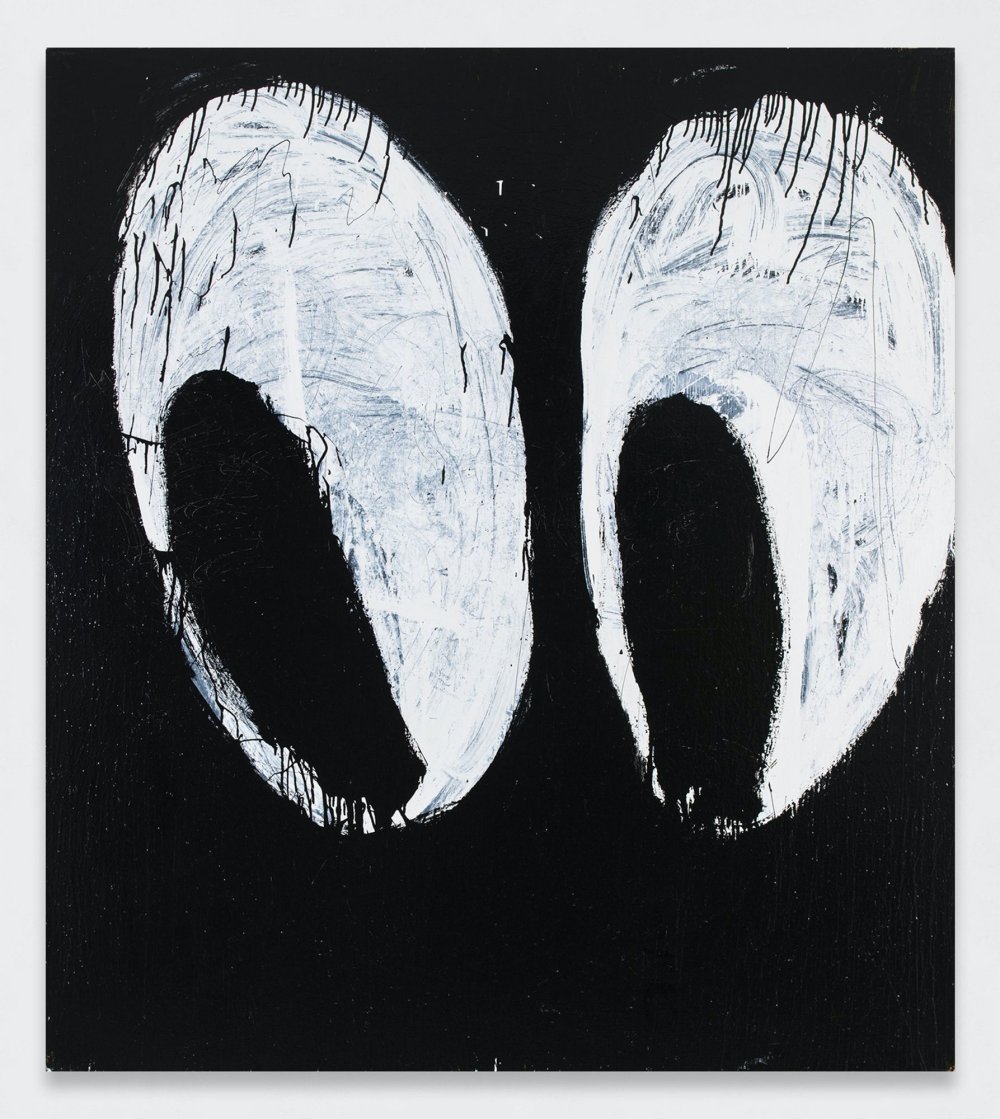 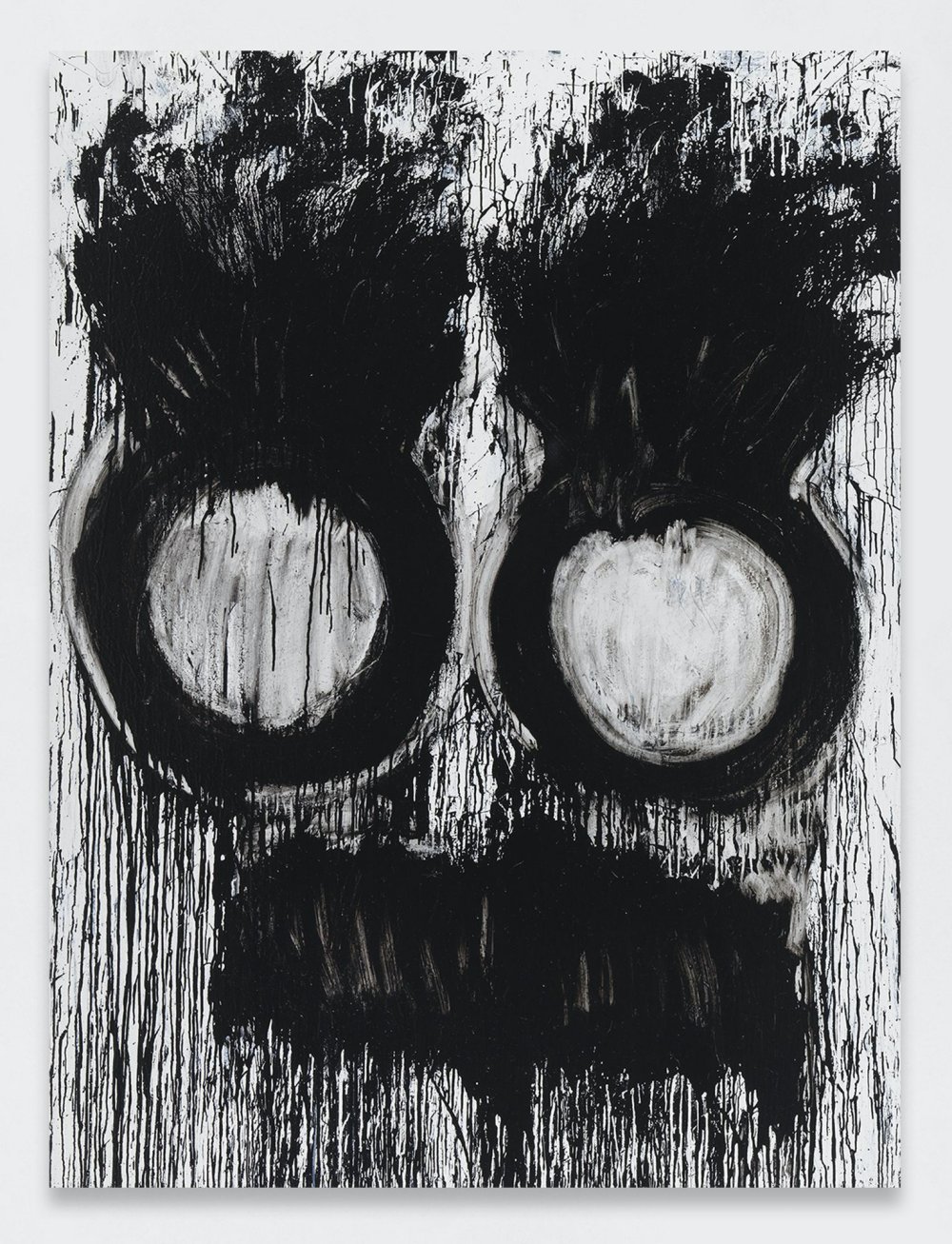 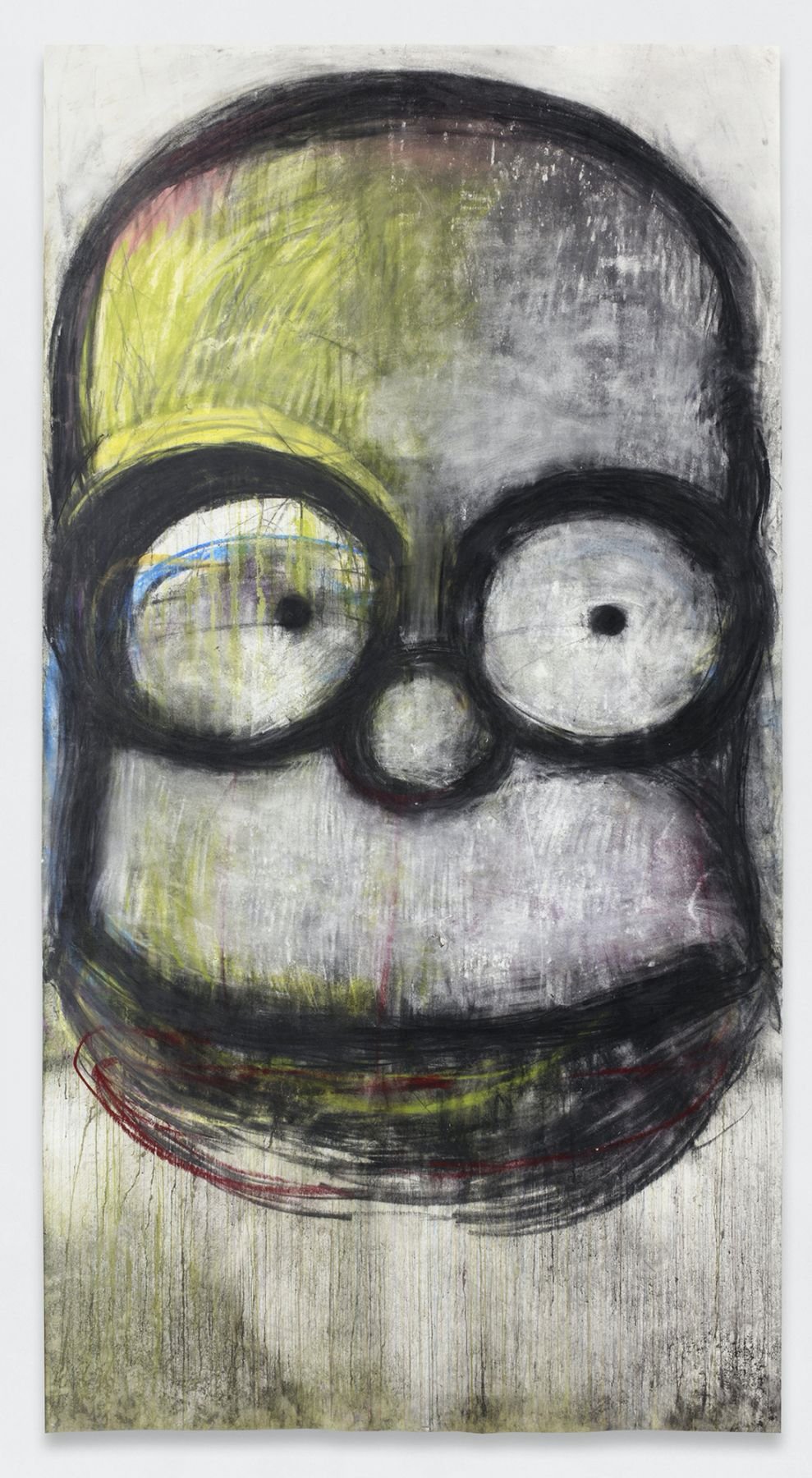 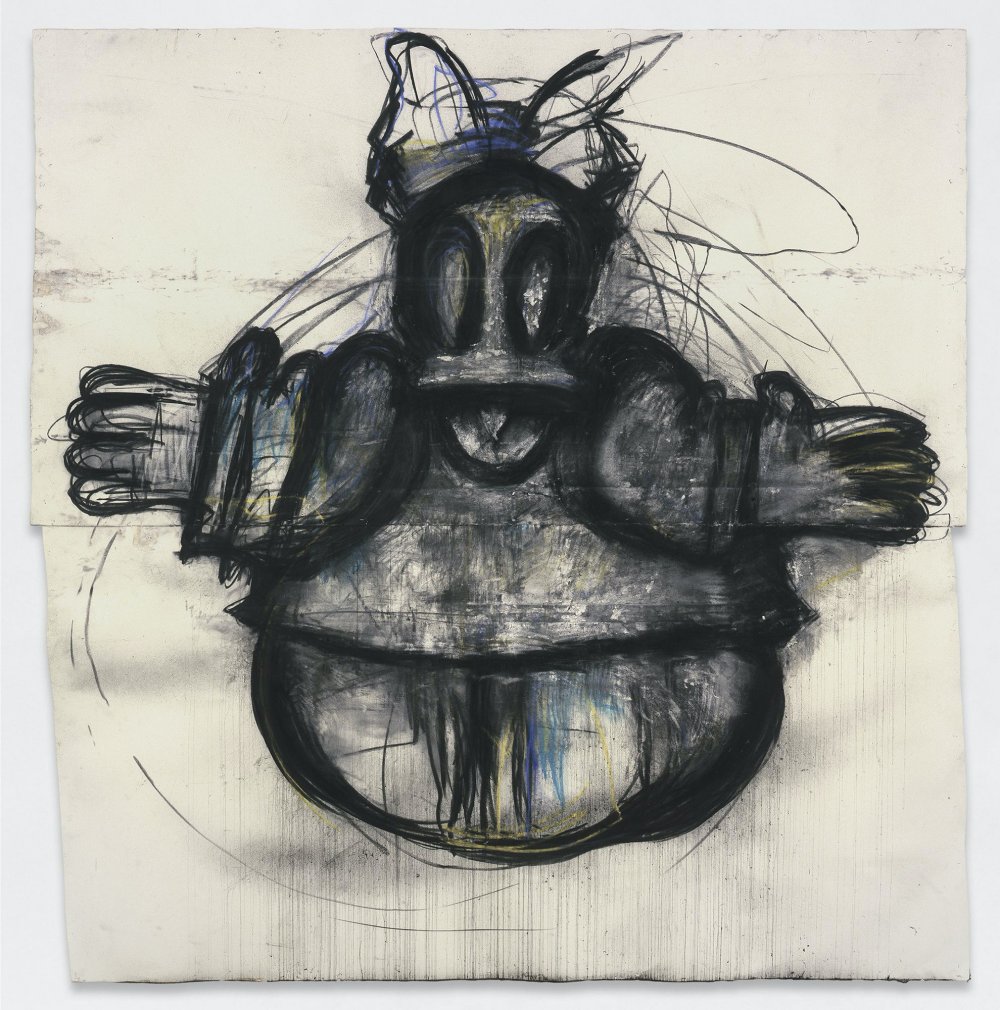 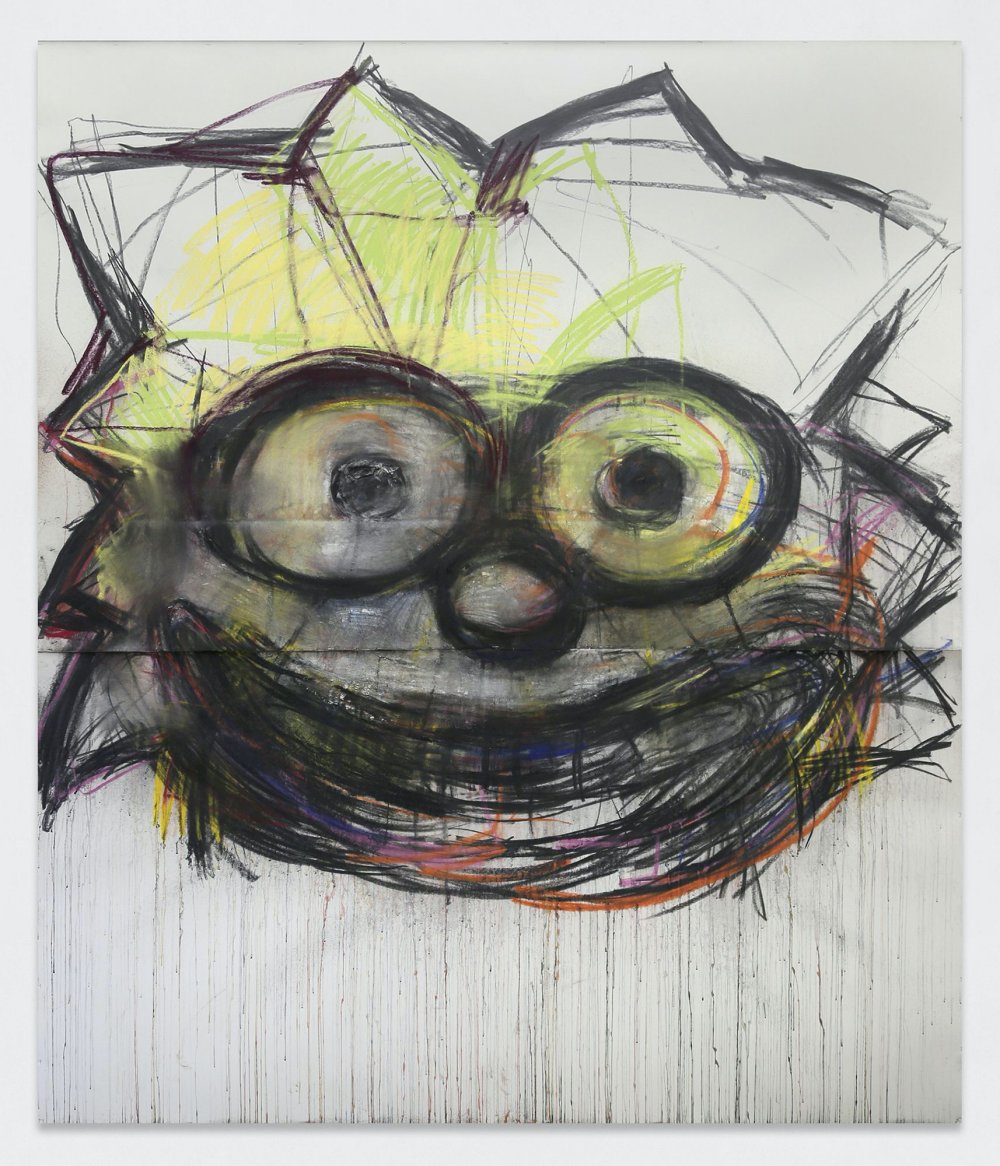 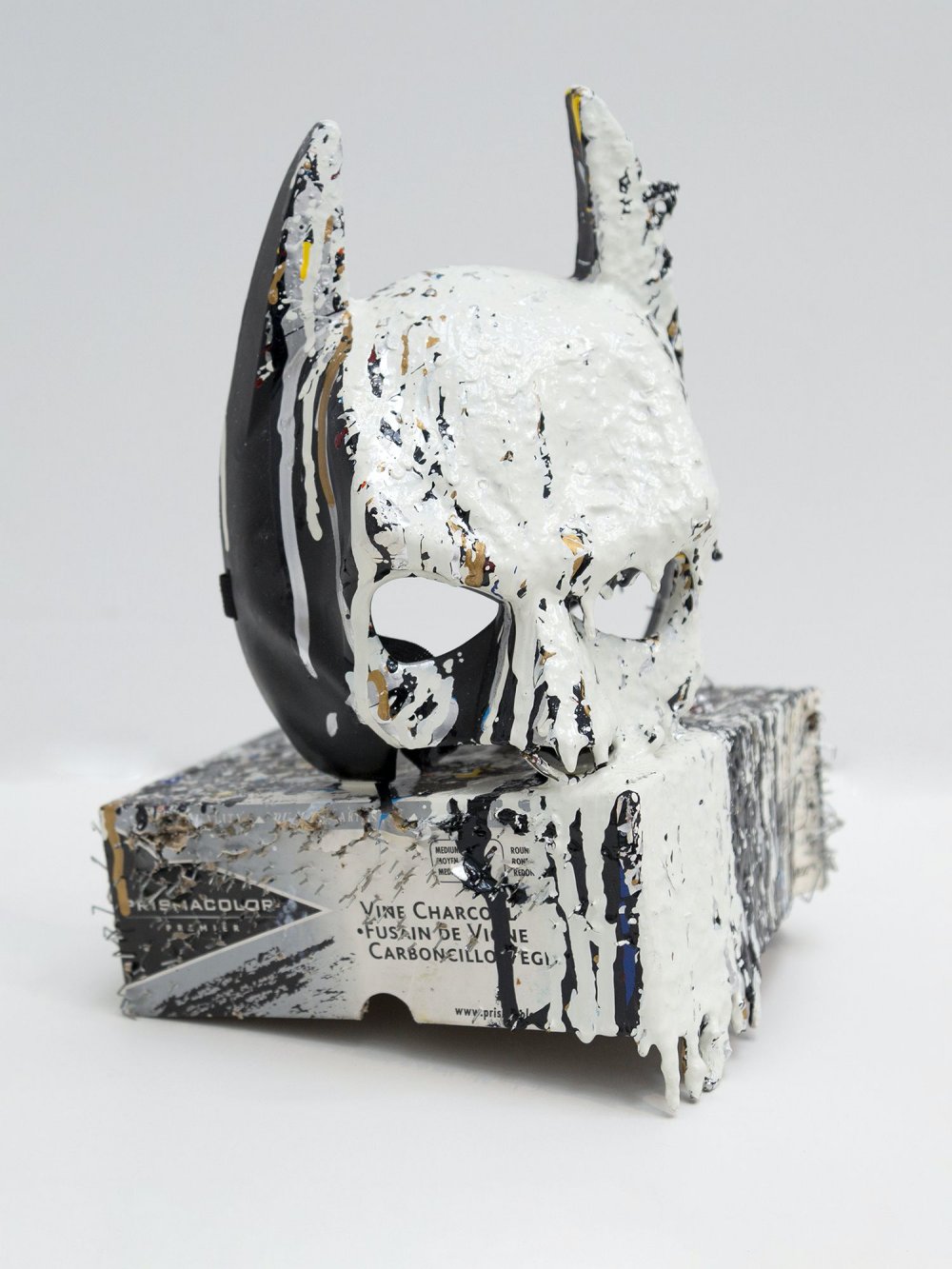 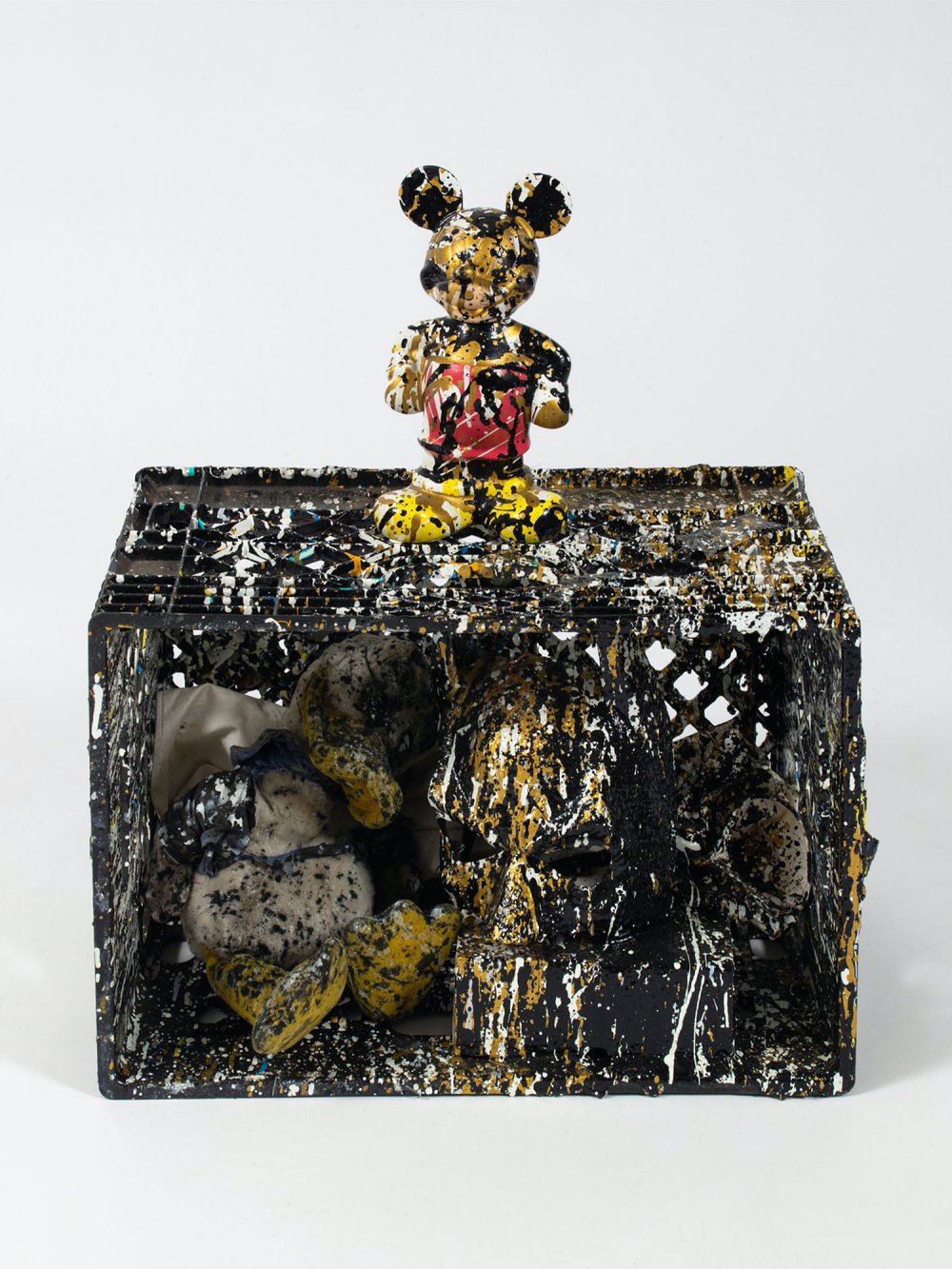 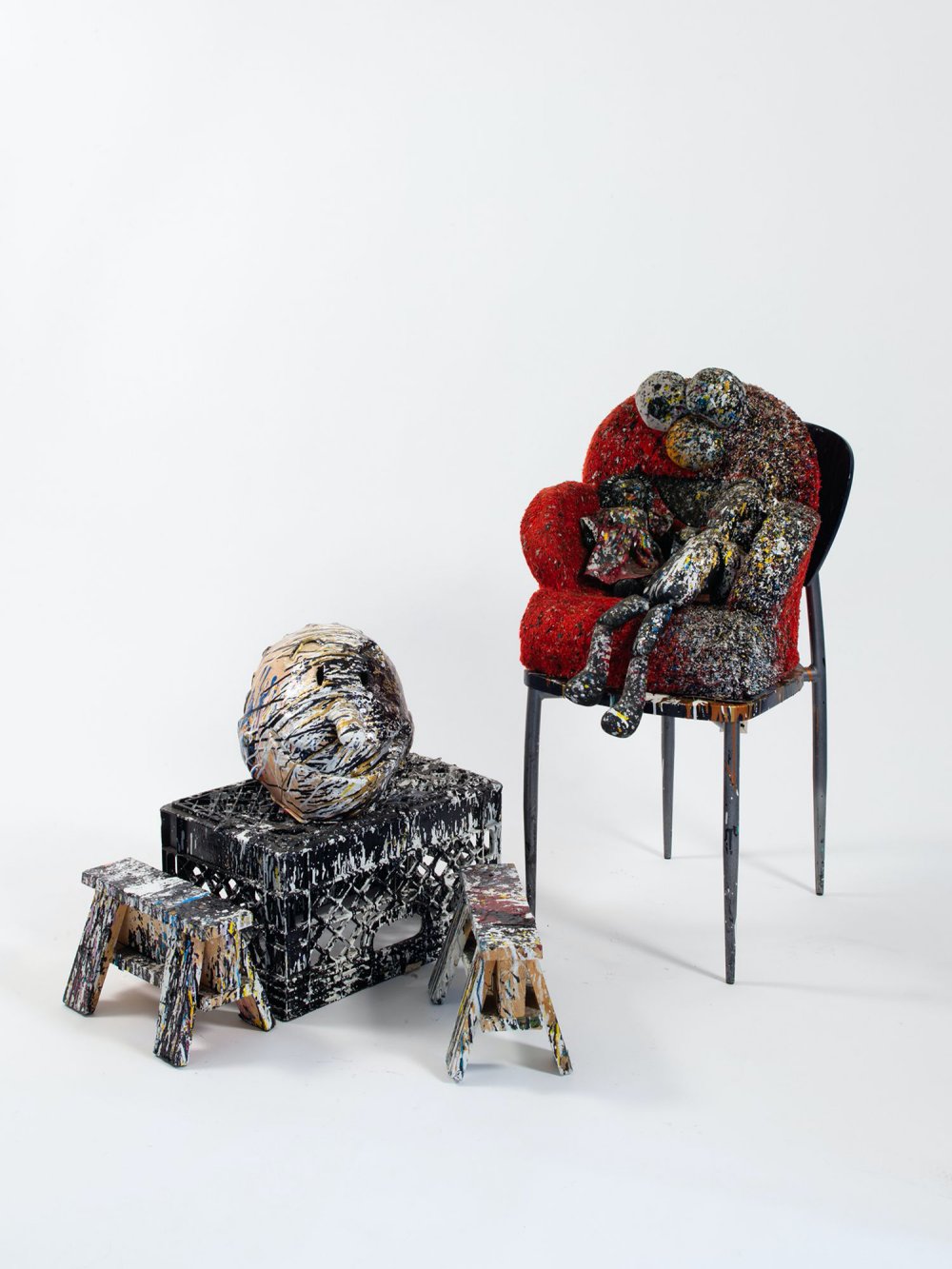 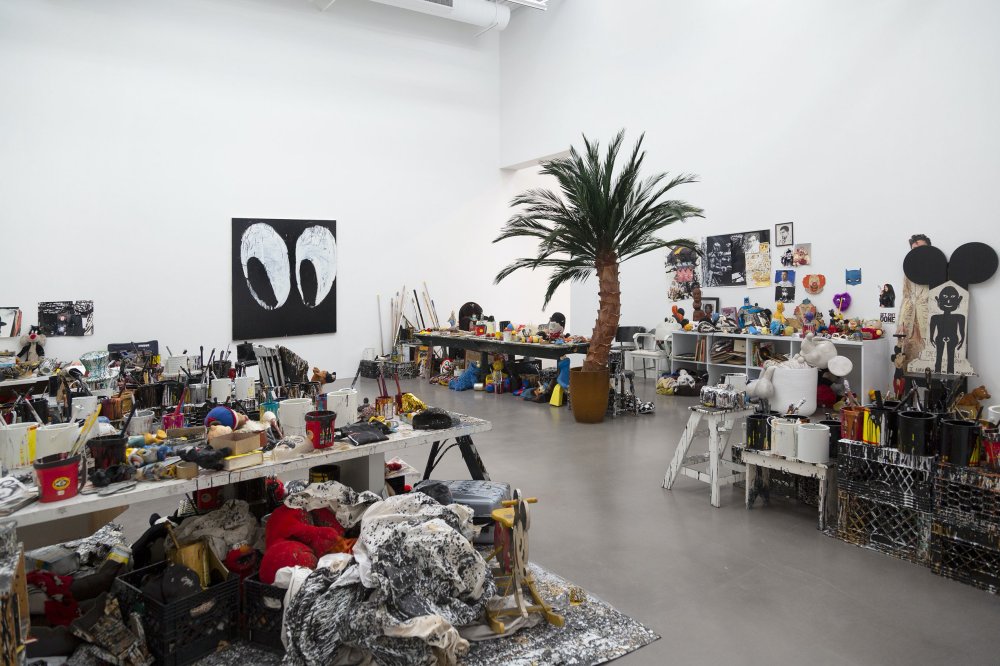 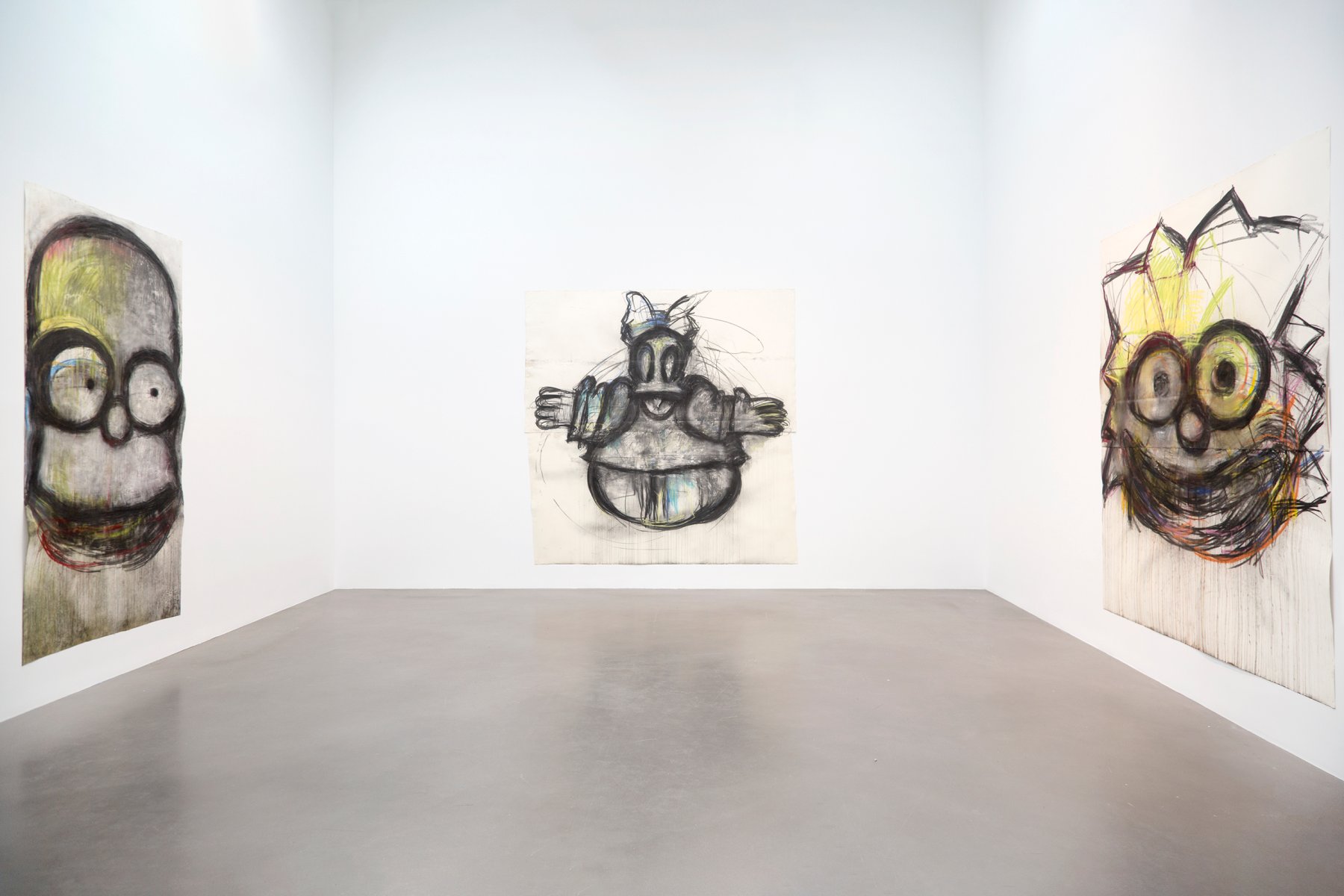 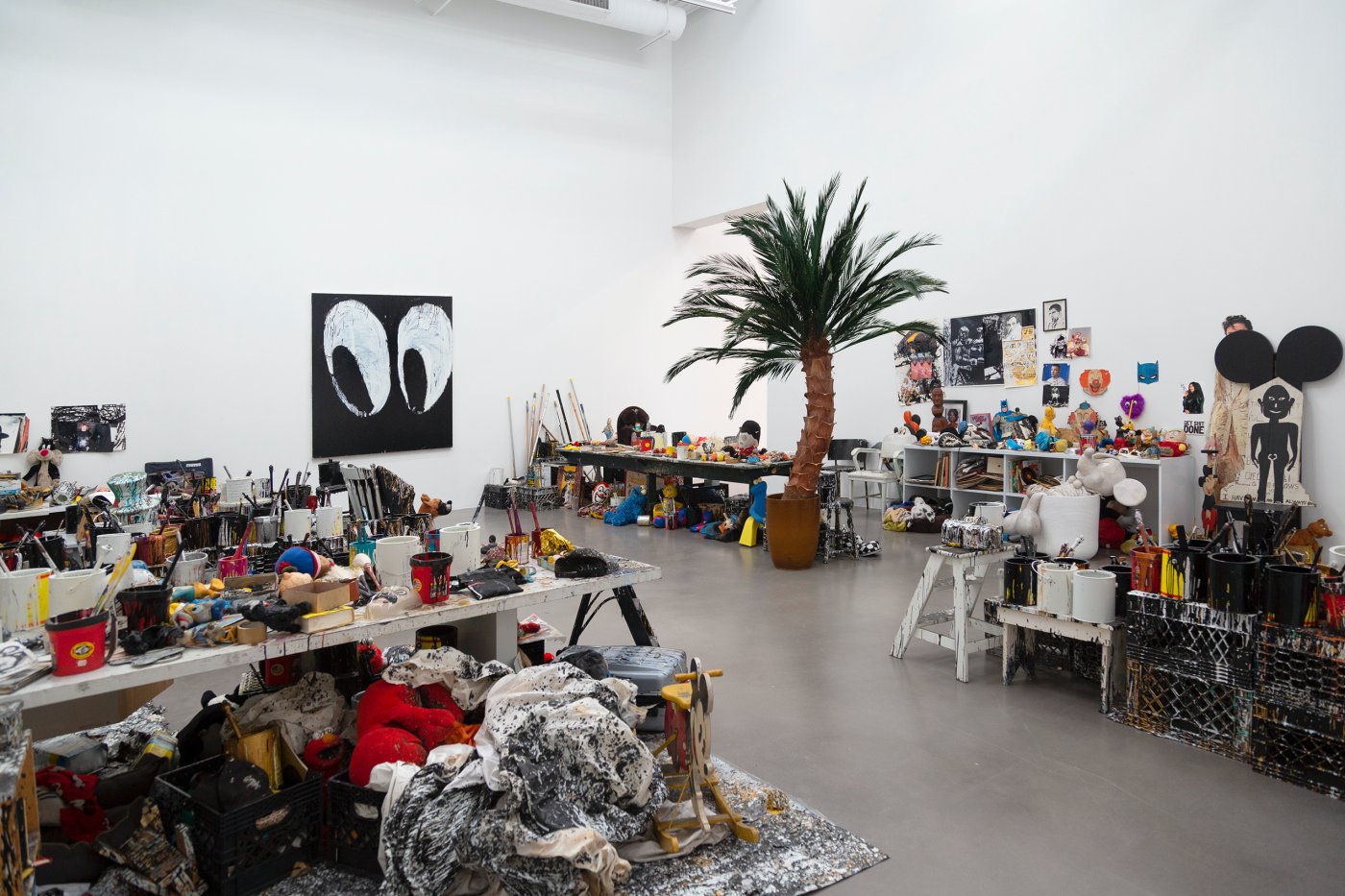 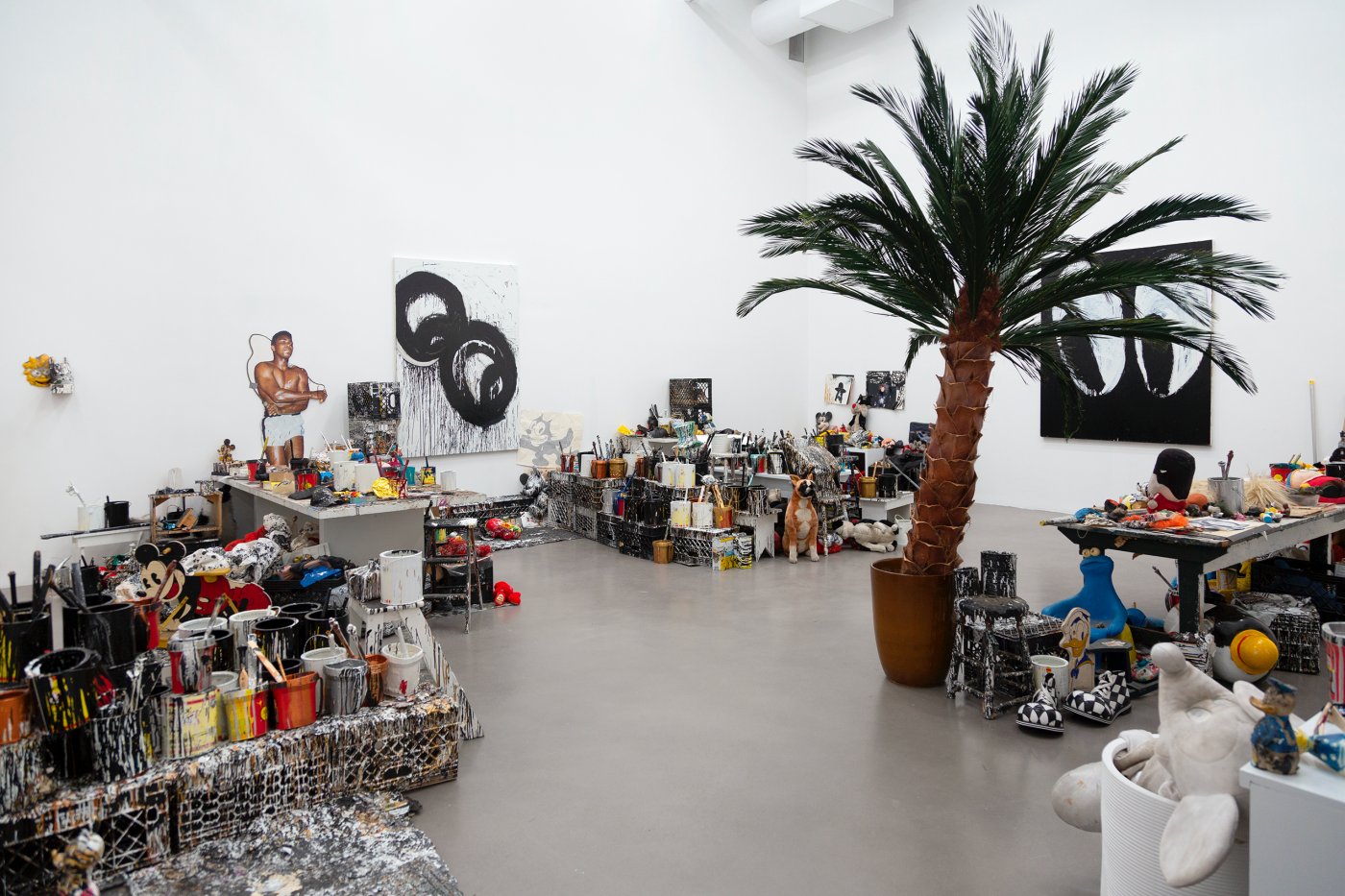 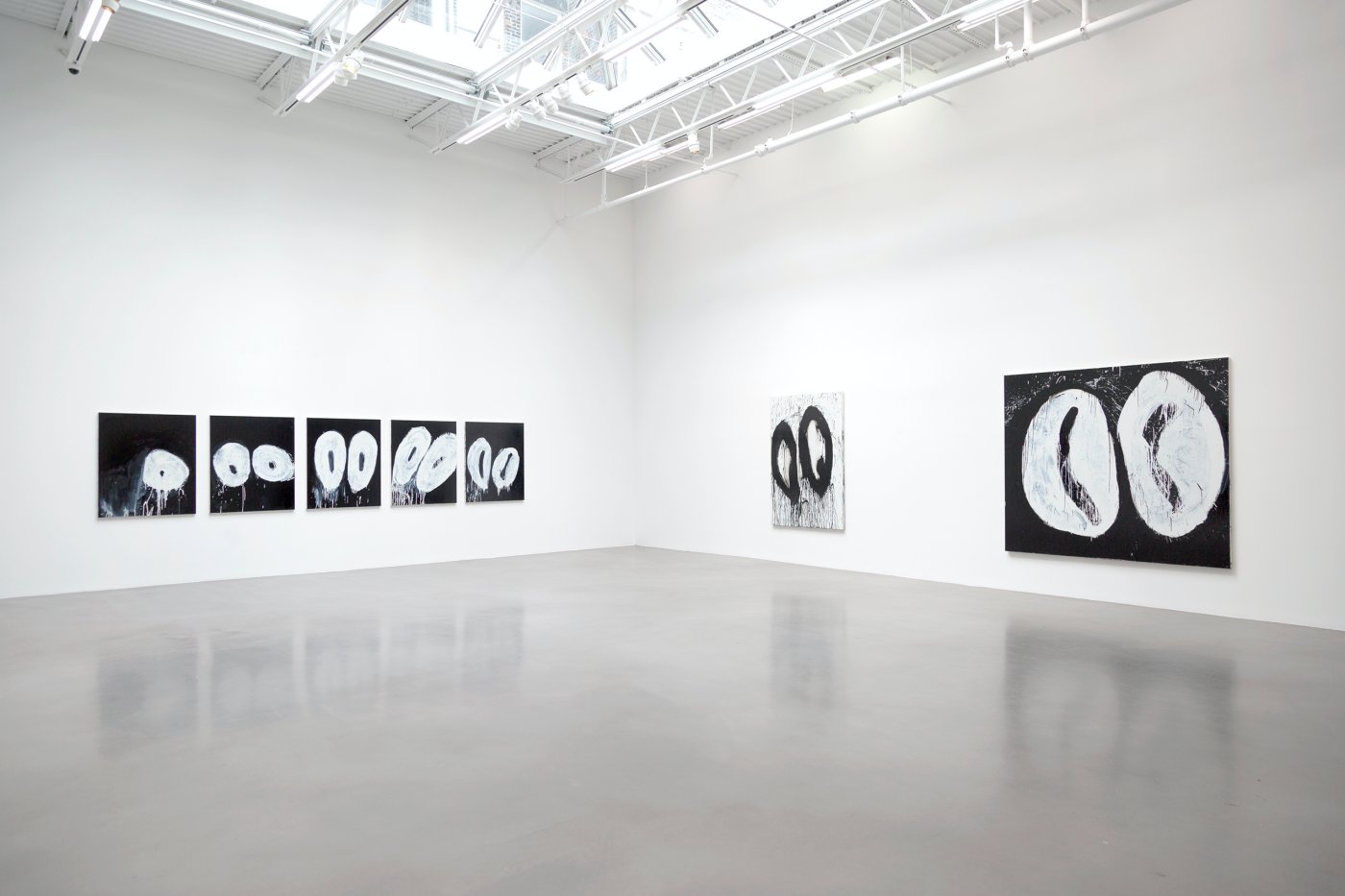 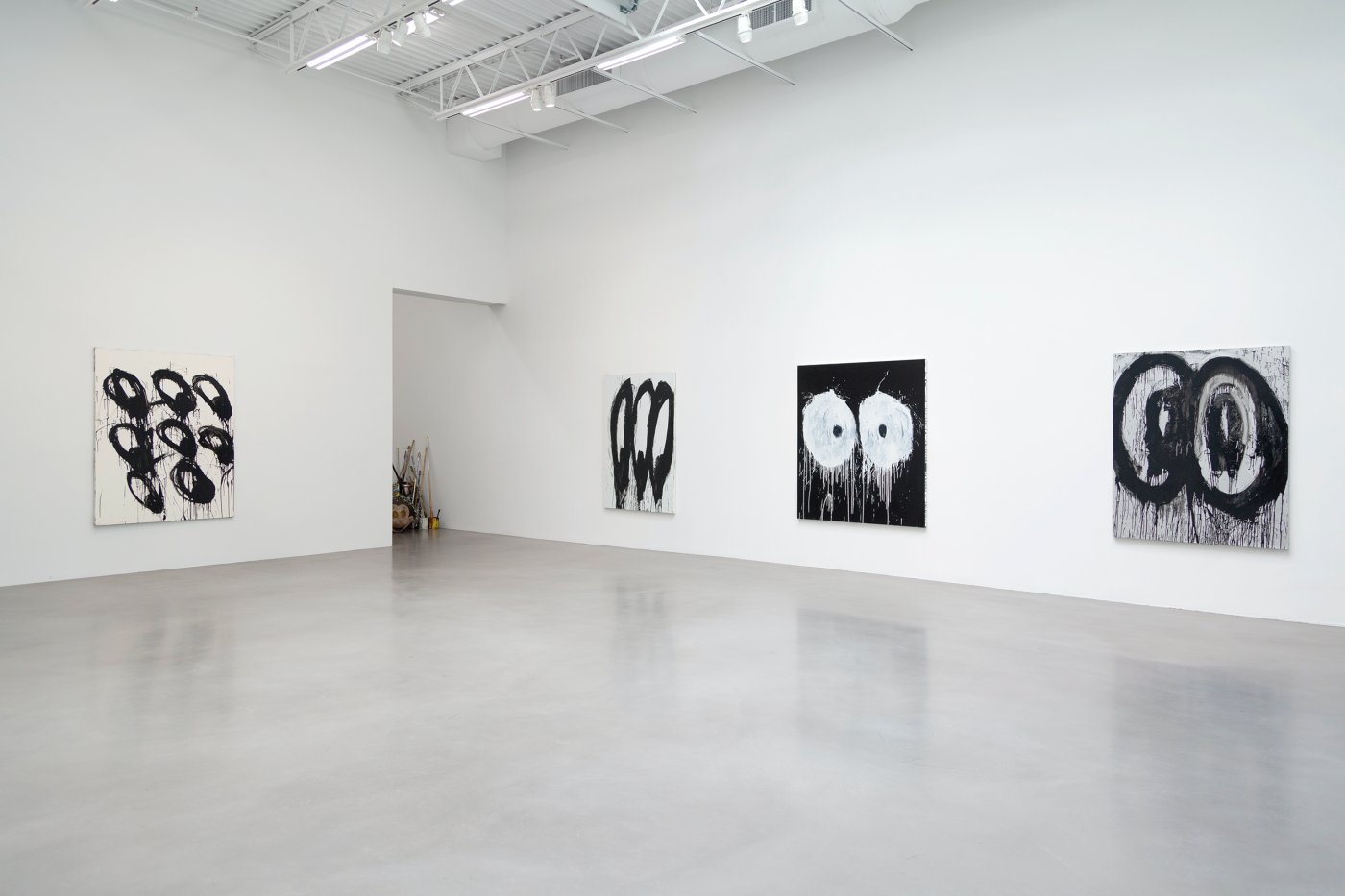 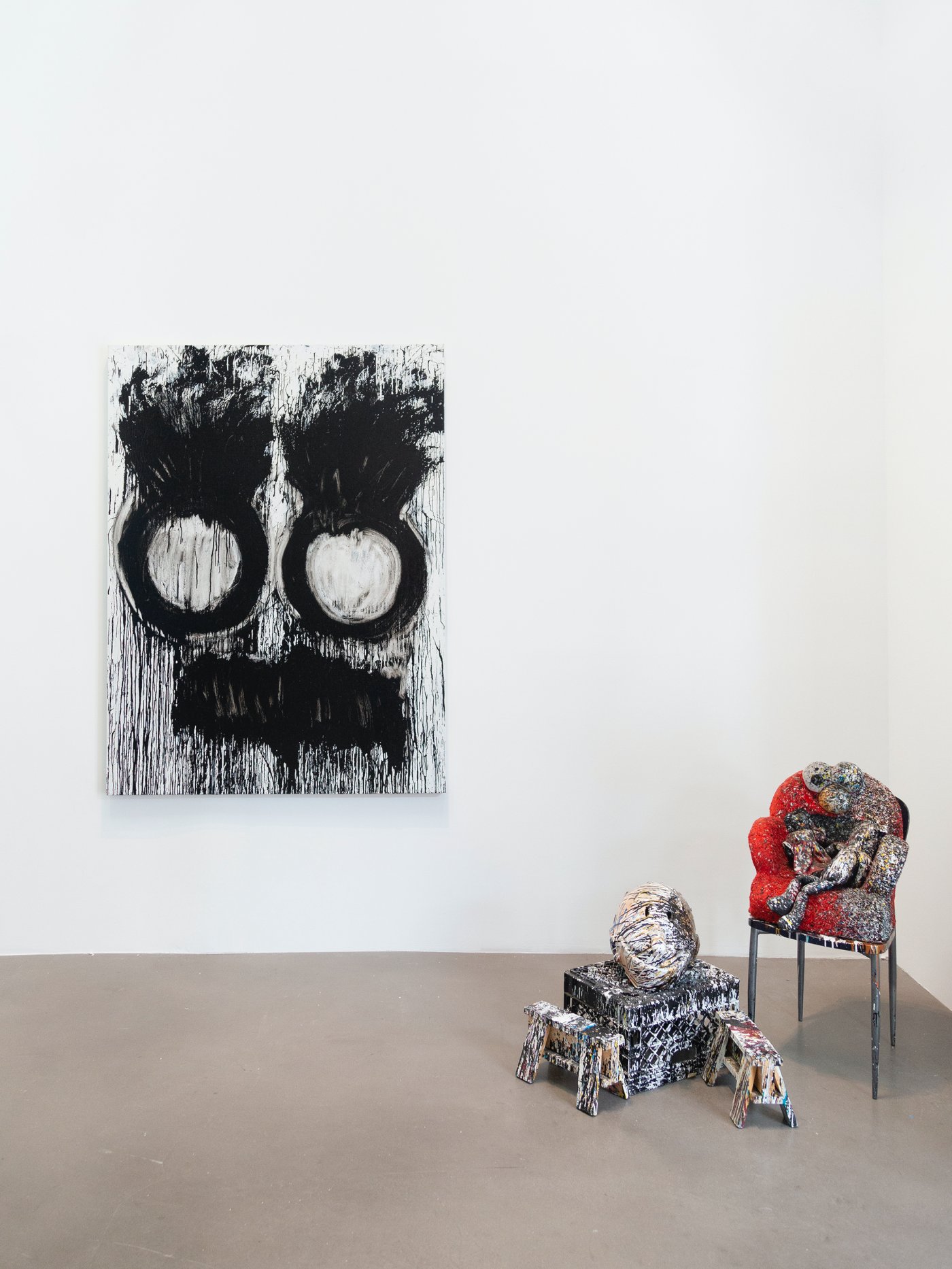 In 2012 Pensato premiered her installation “Fuggetabout It” at Petzel Gallery on West 22nd Street to commemorate her beloved studio on Olive Street in East Williamsburg, where she had worked for thirty-two years and had lost in a landlord/tenant dispute in 2011. The move after three decades prompted a re-evaluation and packing of hundreds upon hundreds of objects and items of all manner, including: stuffed animals; figurines; posters, books, invitation cards, and other paper ephemera; milk crates; furniture, both broken and intact; paint cans and paintbrushes, among others. Almost every object had been paint splattered by being at one time or another in proximity to the artist’s working space, which shifted from area to area in the studio, a cavernous, stand-alone space that was once a dance hall. Both collectively and at times singularly these objects were the artist’s inspiration, and Pensato found it a fitting tribute and auspicious time to share them publicly as a glimpse into her process. About this decision, the artist told Faye Hirsh in an interview with Art in America “I felt it was time I could say ‘This is who I am.’ I feel confident.”(1) Critics and curators were quick to take notice. Of Pensato’s emptying her studio into a Chelsea gallery, The New Yorker summed up the exhibition: “Other artists have emptied their studios into galleries, but none so fetchingly as Pensato on the occasion of a move from her Williamsburg digs of thirty-two years. Her big, fast, runny paintings of vestigial cartoon faces prove to have emerged amid great, spattered messes of paint cans, orphaned furniture, stapled-up photographs and ephemera and many, many distressed stuffed animals and effigies of characters from Disney, “Looney Tunes,” “The Simpsons,” “Sesame Street,” “South Park,” and with apparent special ardor, “Batman.” Being Joyce Pensato comes off as a bohemian consummation devoutly to be wished.”(2) In 2014 the artist presented a second version of the installation at Lisson, London; and in late 2017 she presented a scaled down version at the inaugural exhibition “The Everywhere Studio” at the Institute of Contemporary Art, Miami. Petzel Gallery is honored to present this version of the installation “Fuggetabout It (Redux)” under the care of the artist’s estate.

In addition to “Fuggetabout it (Redux)” on view is a selection of Pensato’s “eyeball” paintings. Inspired by the cartoon characters Felix the Cat, Krazy Kat, and Sesame Street’s Elmo, among other characters with exaggerated and bulging eyes, the artist usually excised any reference to a body leaving a severed head and gaping eyes to fill the picture plane. In these paintings the eyeballs appear in various iterations as astonished, frightened, diabolical, pleading, paranoid, or befuddled. In an interview with Ali Subotnick in 2013, the artist remarked: “Keep in mind that I am working from images that are already distorted. I also think about the expression I want to use; for example, scary, dumb or sad. The images have to have life. I just keep working and changing the image until it feels right. I erase a lot. It’s like measuring. The expression has to be the way I want. It is like action painting but it’s not just about the action or abstract expressionism.”(3) In a 2008 exhibition review in the Village Voice, R.C. Baker wrote: “The organs of sight figure prominently in all these images, though they are less windows onto the soul than caverns dripping stalactites or, in the case of Homer, a cascade of white rivulets recalling the austere exuberance of Pat Steir’s ‘Waterfall’ canvases.”(4) In her brutalization of these visages, Pensato forewent showing the viewer an inner contemplative life for one perhaps of accusation. Wrenching these characters from their Pop culture lives and into an Abstract Expressionist world, the artist forced the viewer to hold and make sense of two seemingly disparate existences.

Finally, the exhibition presents a selection of large-scale works on paper. Petzel is pleased to premiere the 115 ½ x 113 ½ inch drawing “Daisy” from 2012. The character’s iris-less eyes, smiling duck beak, and outstretched arms will greet the viewer upon entering the show. In her works on paper, Pensato often incorporated pastels, a departure from her usual palette of black, white and silver in her paintings. The use of pastels in her drawings had a freeing effect for the artist, and later in her career in her large-scale works on paper, color took on a more prominent role.

Joyce Pensato (1941–2019) lived and worked in Brooklyn, New York and studied at the New York Studio School. The artist was best known for her paintings and drawings which employed a familiar cast of cartoon characters, including Mickey and Minnie Mouse; Donald and Daisy Duck; Batman; Felix the Cat; Homer, Bart, Marge, and Lisa Simpson; and the characters Stan and Cartman from the series “South Park.” Pensato was committed to her baleful transmutation of American cartoon culture—employing her fast, assured, and gestural hand—to shed light on the arguable darkness lurking within our familiar Pop iconography through her own Abstract Expressionist technique.

Joyce Pensato received many awards in her lifetime including: Robert De Niro, Sr. Prize (2013); Award of Merit Medal for Painting from the American Academy of Arts and Letters (2012); Anonymous Was A Woman Award (2010); Pollock-Krasner Foundation Award (1997); Guggenheim Fellowship (1996); New York Foundation for the Arts (1995); and Mid-Atlantic Arts Foundation (1992).