With a film by Jeff Preiss and Josiah McElheny

James Cohan presents Libraries, an exhibition of new work by Josiah McElheny, featured alongside a collaborative film by the artist and filmmaker Jeff Preiss. This is McElheny’s second solo exhibition at James Cohan. 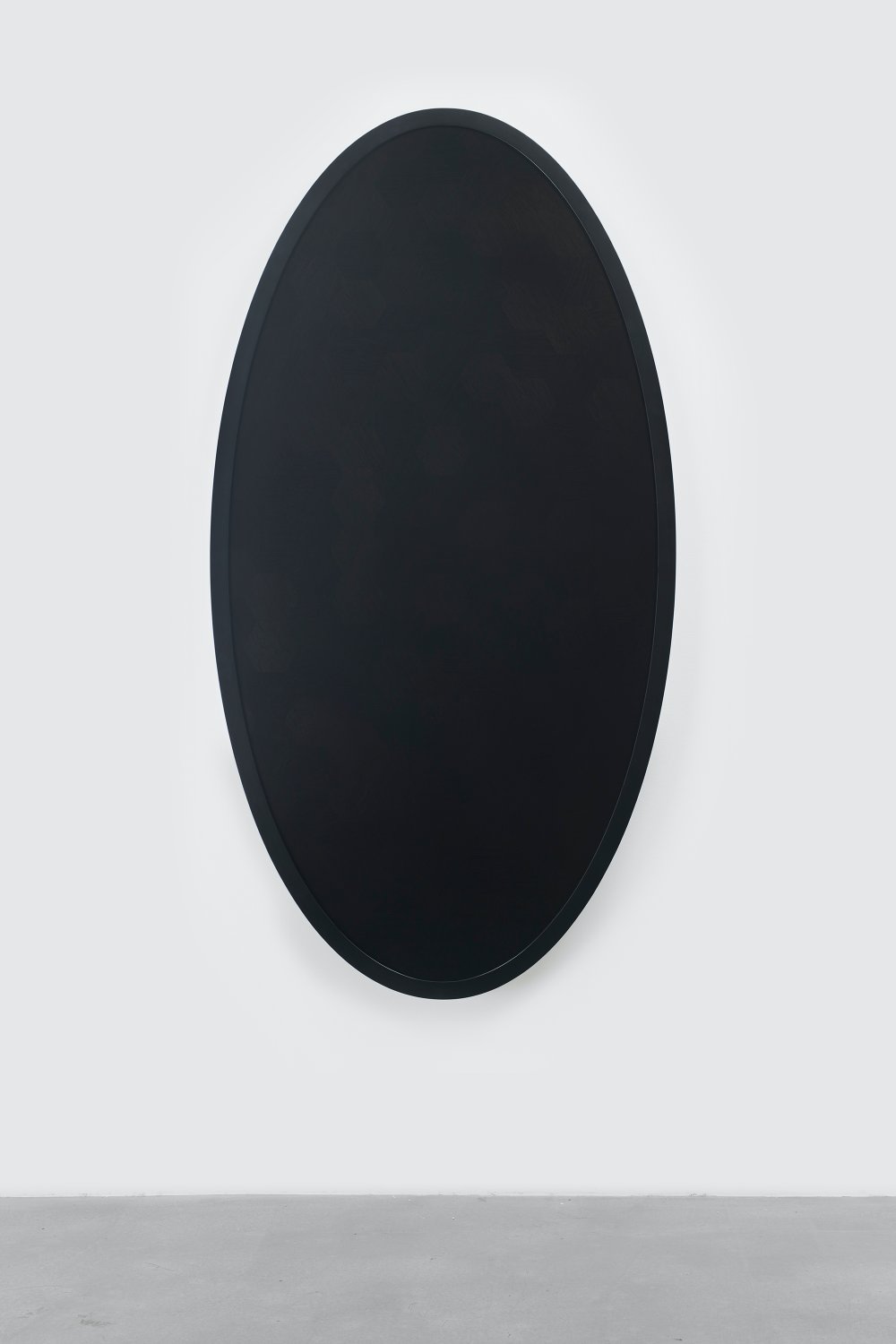 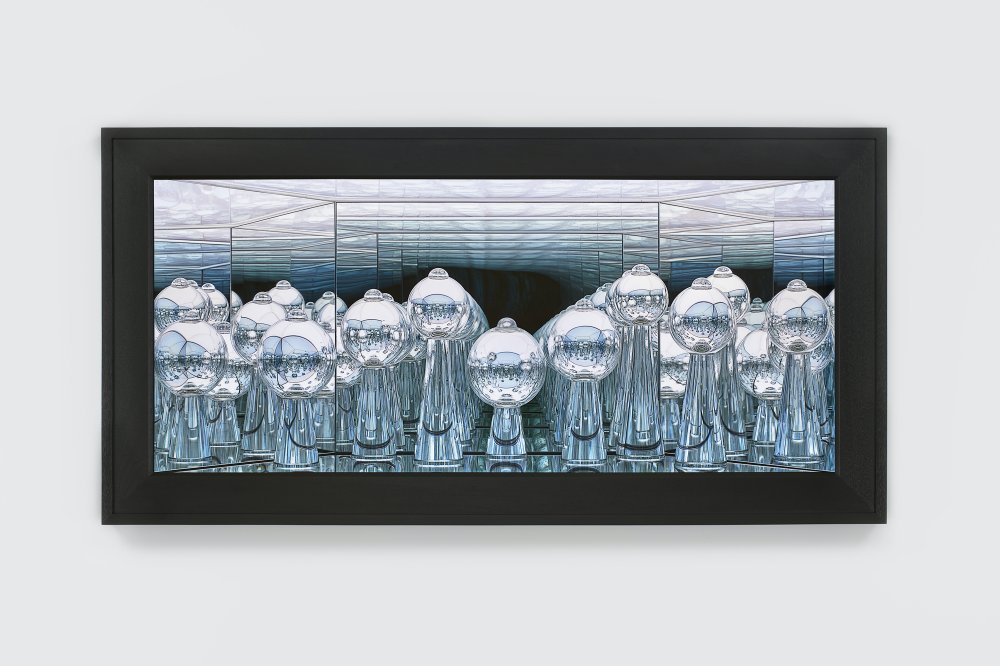 Josiah McElheny
From the Library of Interplanetary Harmonies, 2021 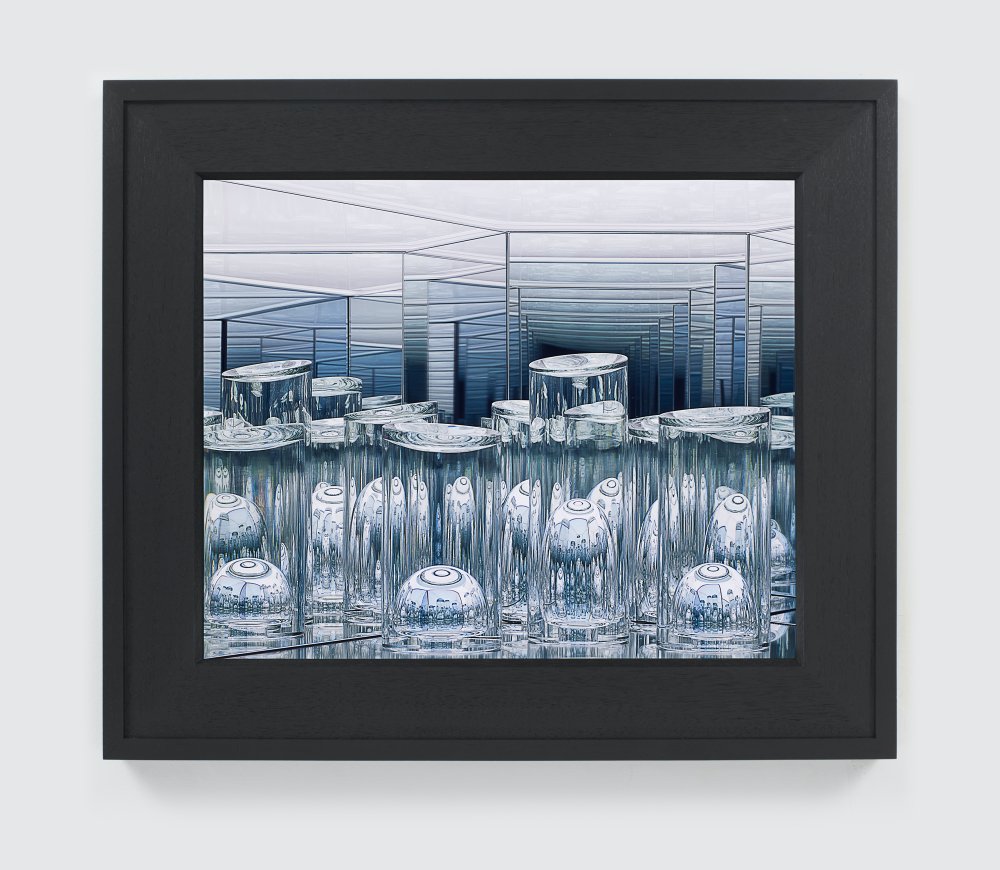 Josiah McElheny
From the Library of Cosmic Rays, 2021 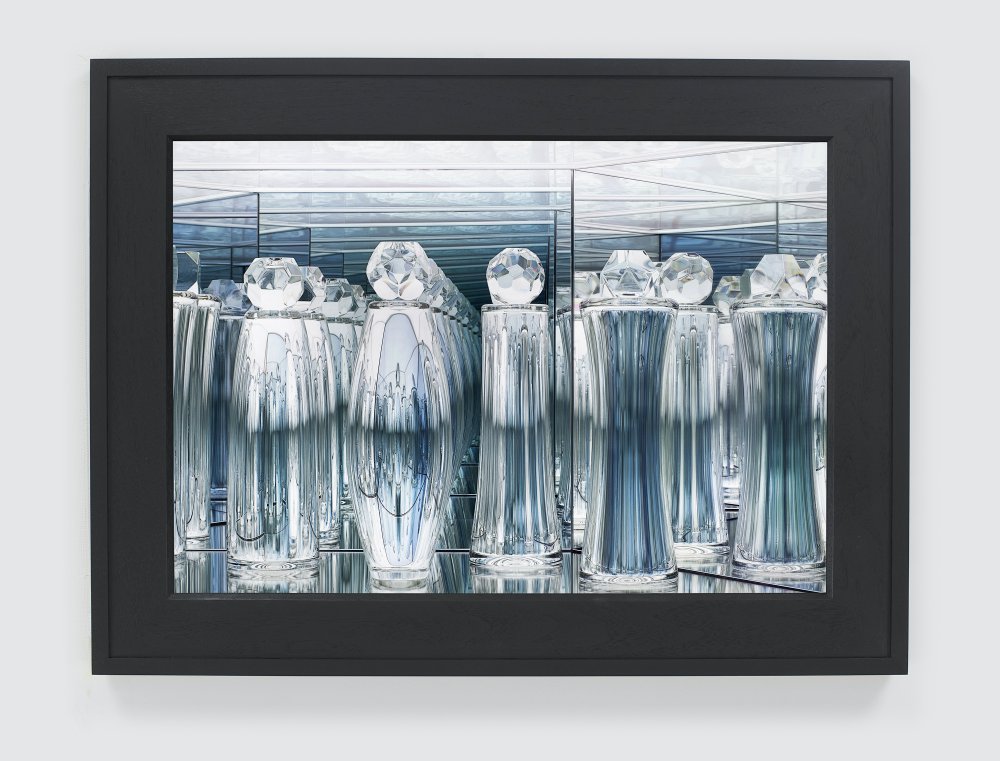 Josiah McElheny
From the Library of Elements, 2021 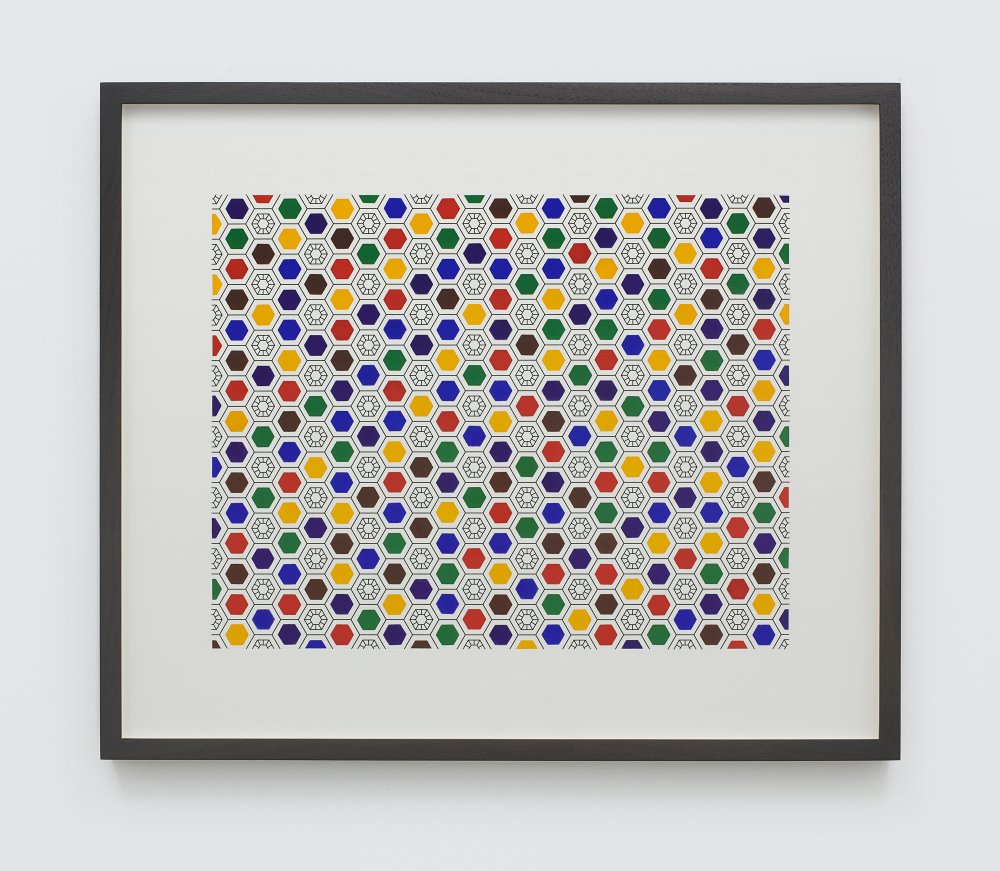 Josiah McElheny
Map of the Library/Map of the Universe, 2021 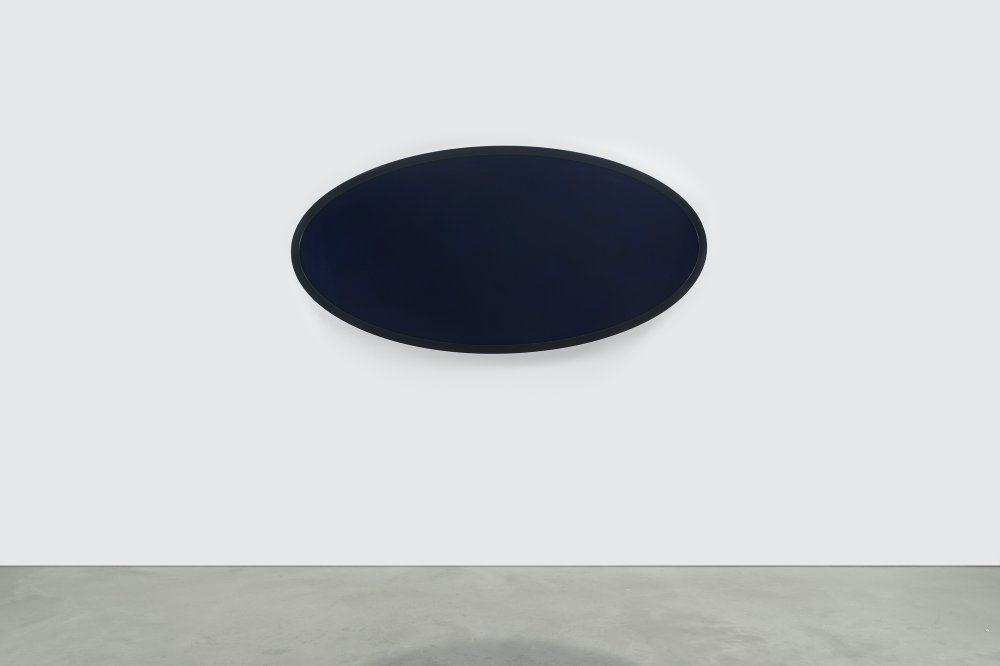 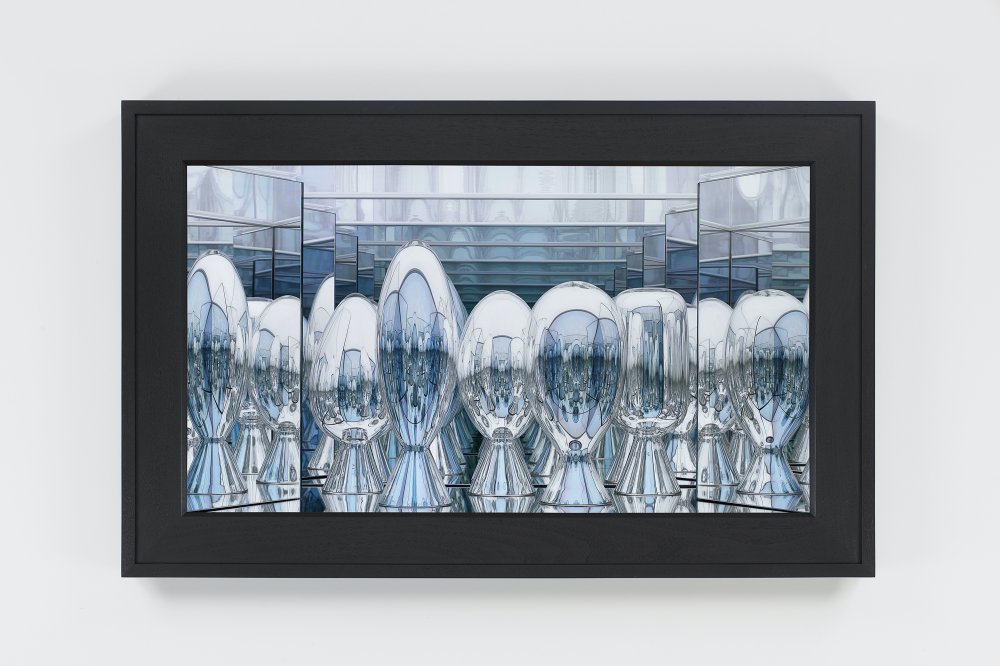 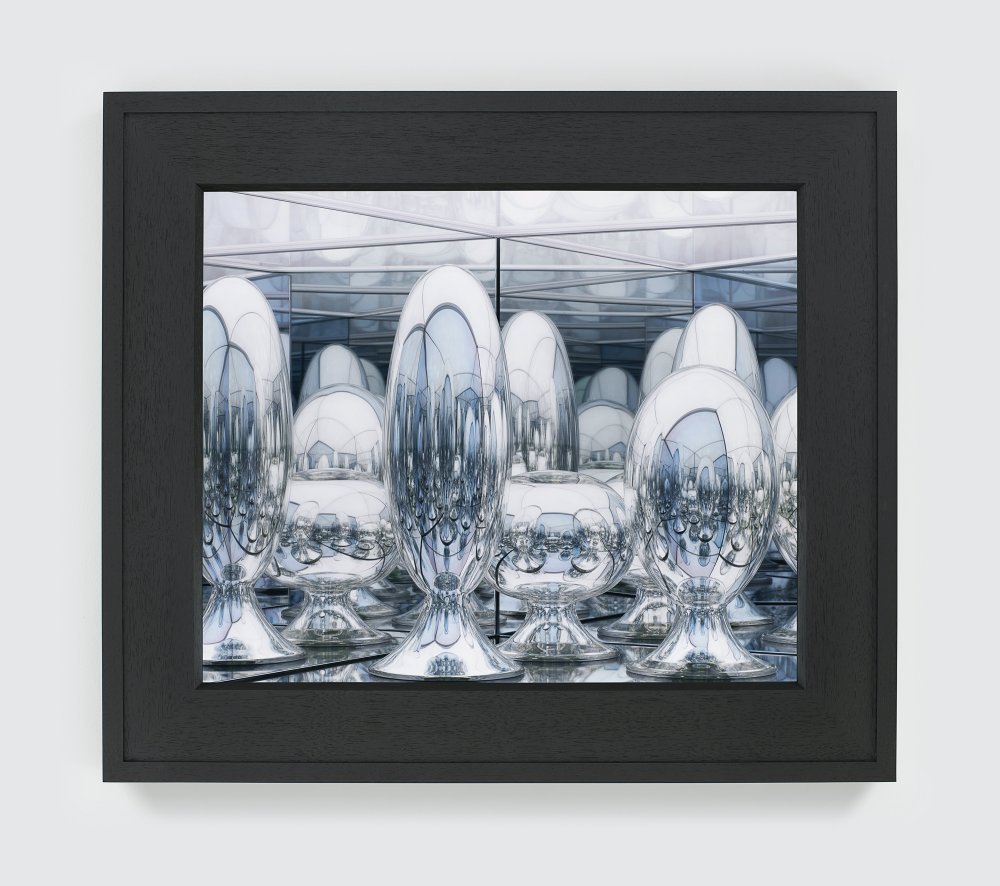 Josiah McElheny
From the Library of Elliptical Motion, 2021 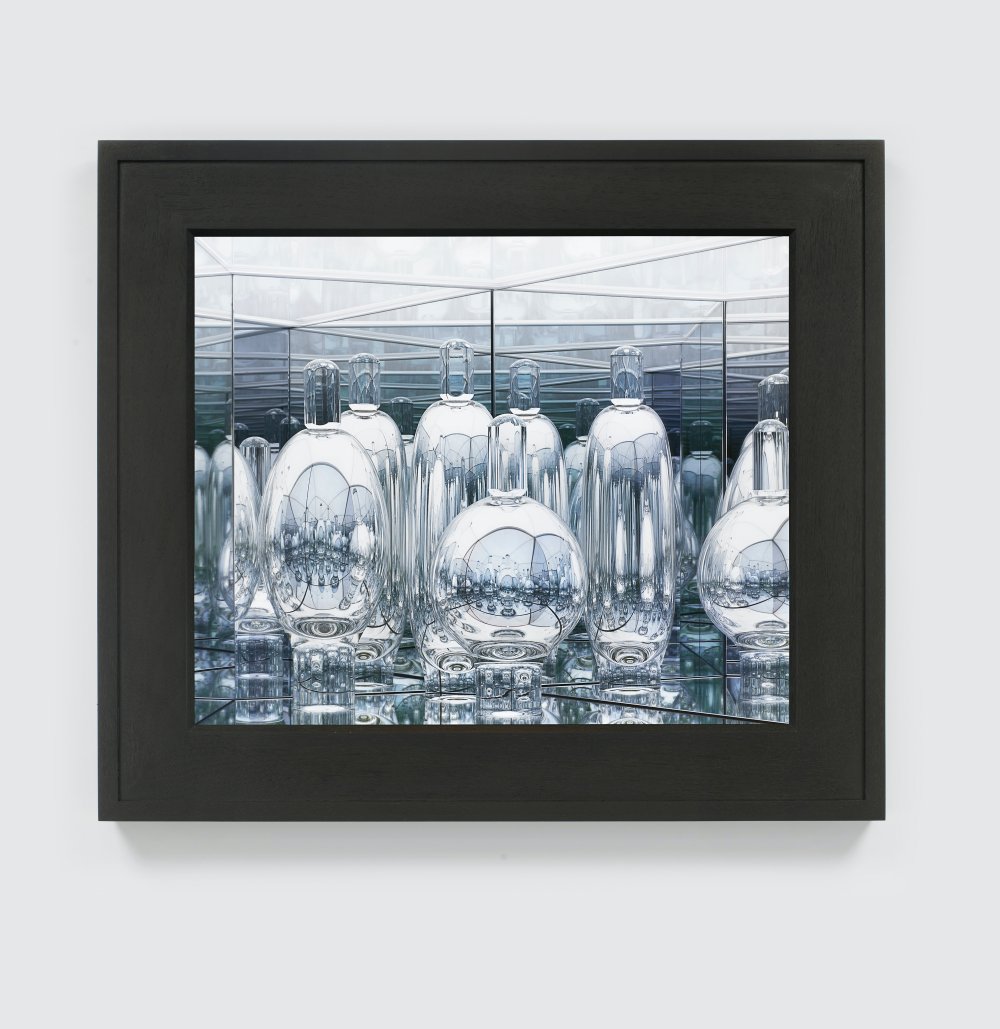 Josiah McElheny
From the Library of Atmospheres, 2021 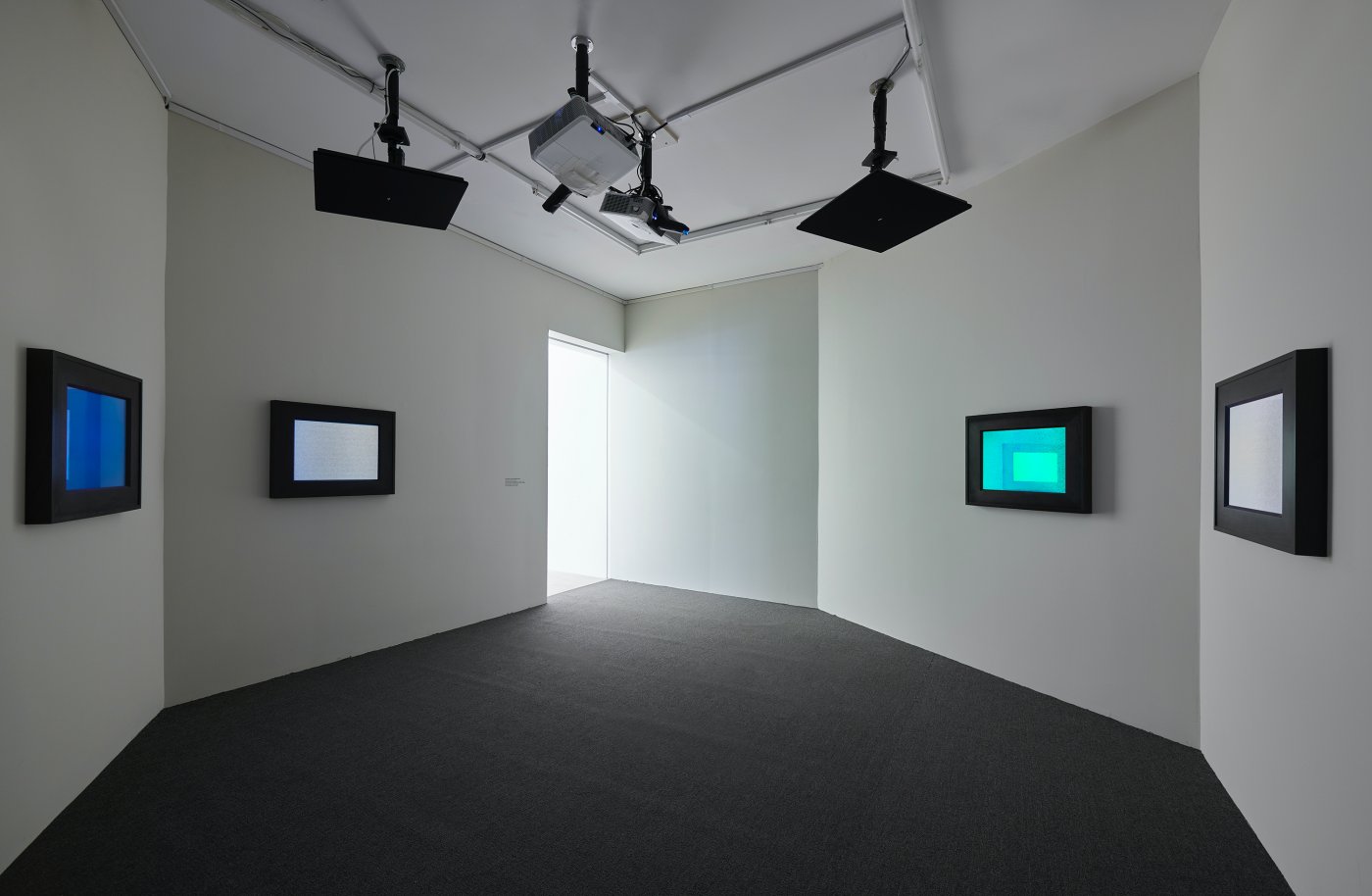 Jeff Preiss and Josiah McElheny
Portrait of a Library, 2021 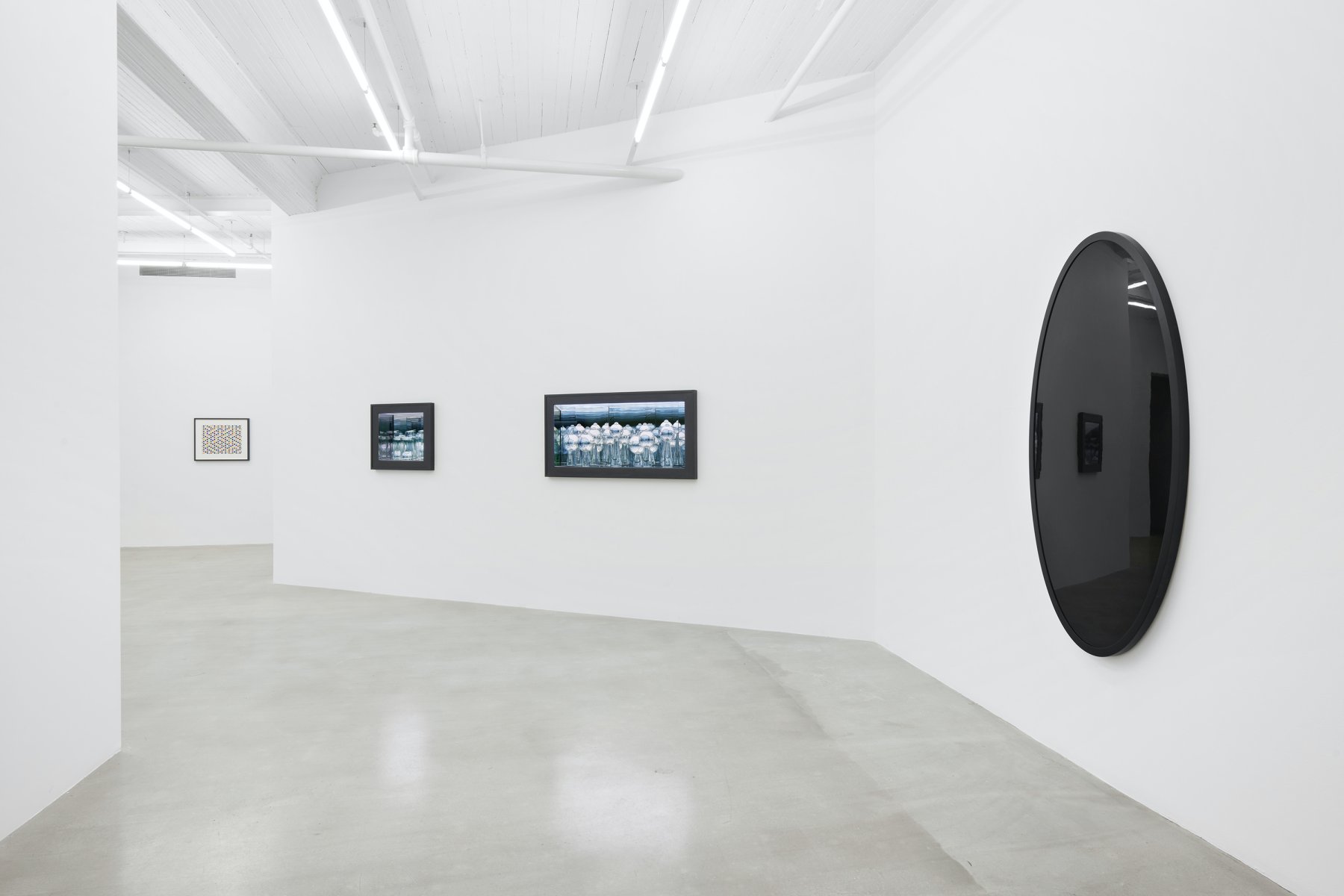 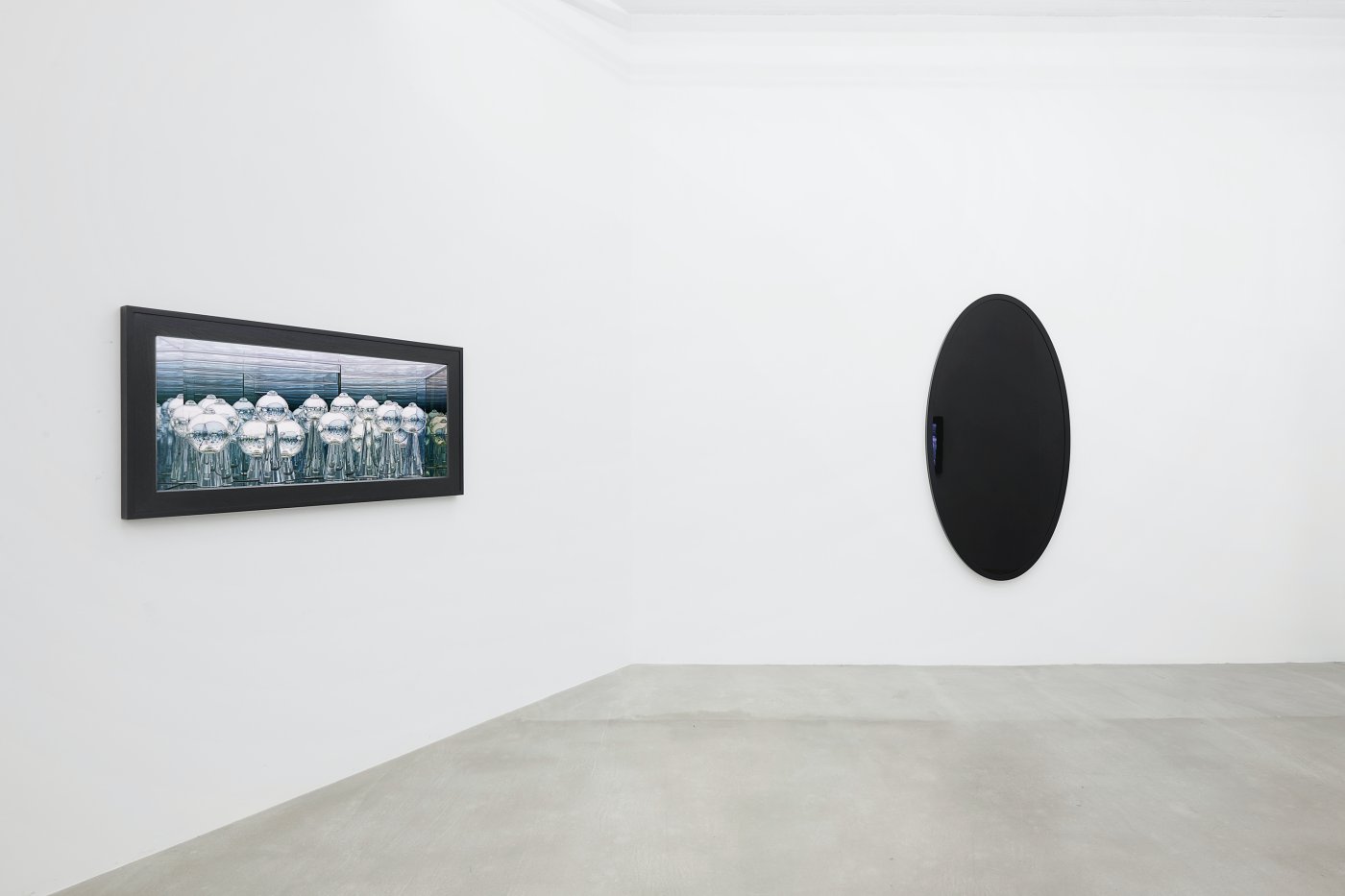 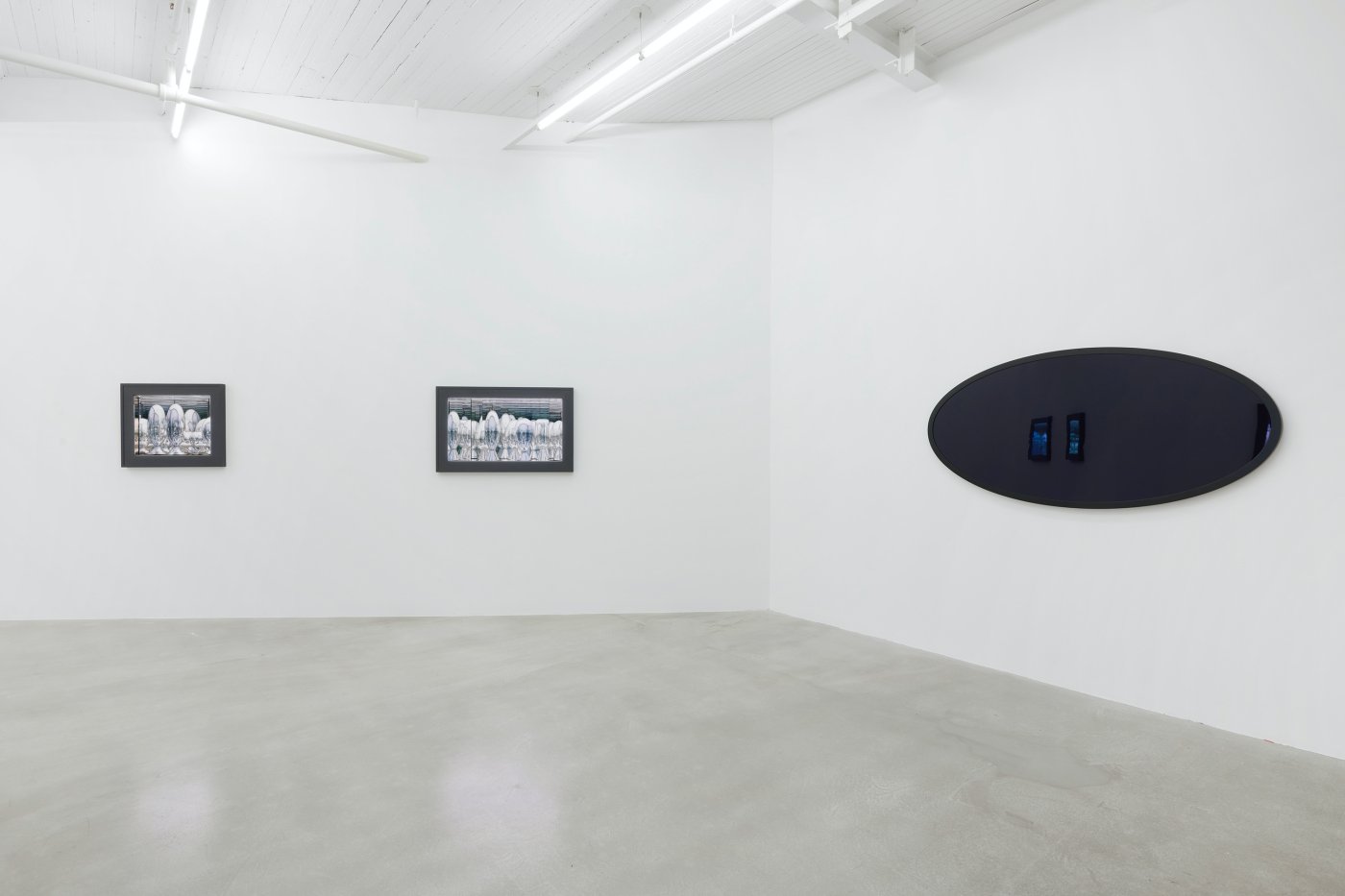 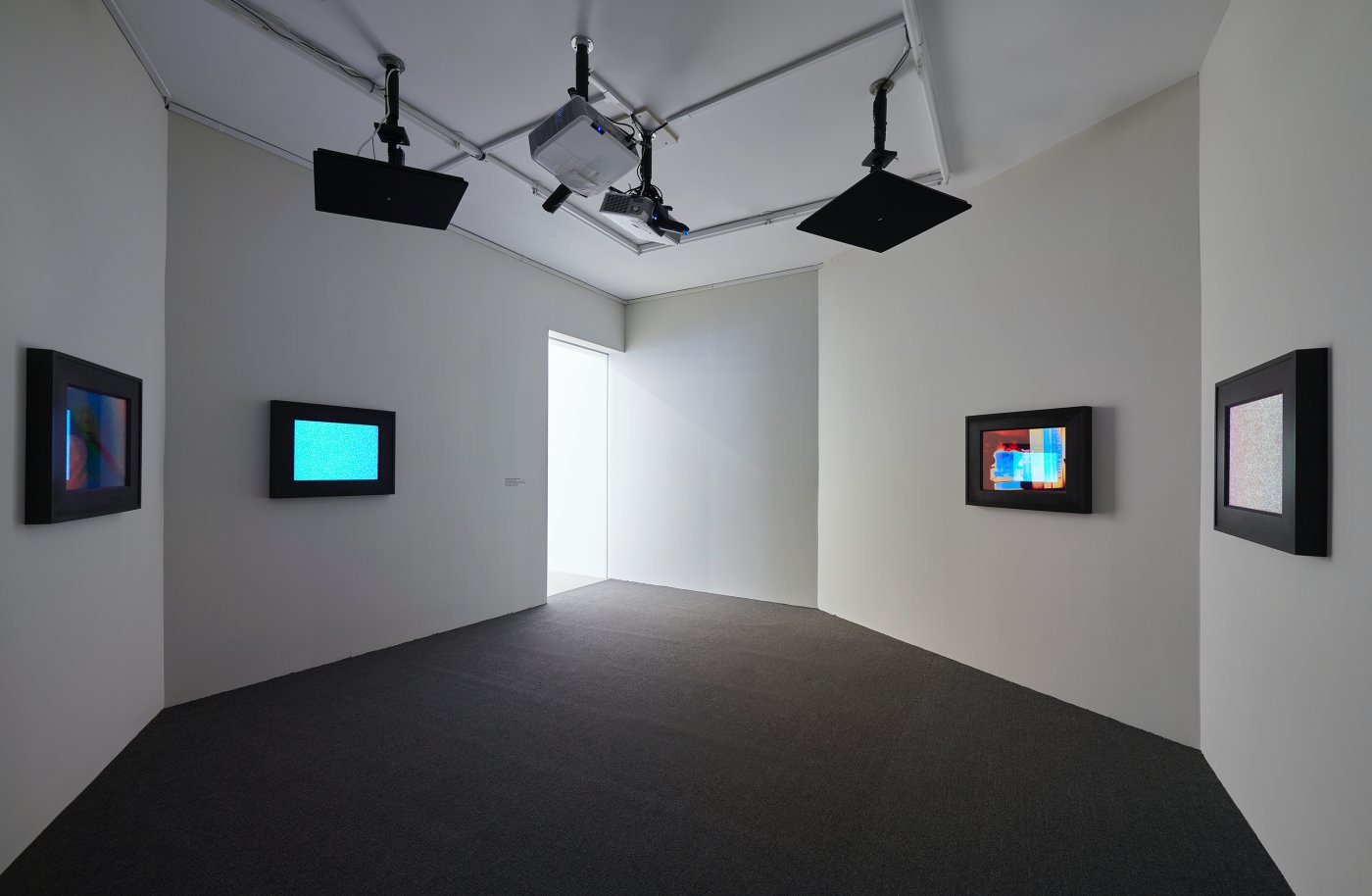 Josiah McElheny’s sculptures, paintings, installations, performances, and films engage with the history of ideas across wide-ranging fields of study—from literature to architecture, music theory, and astronomy—transforming this research into physical form. His works often combine glass or mirror with other materials, to emphasize the importance of the act of looking “as a subject in and of itself.” A skilled glassblower, McElheny frequently incorporates hand-blown and shaped glass within evocative assemblages, whose mode of presentation creates a sense of unsettled ideals, and a challenge to fixed definitions. For McElheny, glass—with its qualities of reflectivity, transparency, and enigmatic mutability—highlights the interactive potential between the object and viewer. The material serves as a productive agent, inciting chance encounters between forms and ideas that point toward alternative histories and futures.

In Libraries, McElheny continues his ongoing investigation of ways that concepts of “the infinite” have been translated throughout history into images, and how these pictorial structures connect to societal values of diversity, individuality and interconnectedness. The formal and conceptual beginnings of this exhibition are found in the vast, hexagonal library described by Jorge Luis Borges in his famous short story The Library of Babel. In this text, the world—or the universe itself—is a library of infinitely diverse types of potential knowledge, contained within a never-ending set of interlocking hexagonal rooms. This organization of space equates knowledge with its endless possibility for expansiveness and difference. For McElheny, this exhibition’s interpretation of Borges’ library is a response, in part, to recent concerns about the fragmentation of information within contexts such as education and politics. He suggests, “Maybe it’s not that truth is malleable, but rather it’s that knowledge is expandable. And there are also so many kinds of knowledge, new types that we have never even looked for—that’s where possibility lies.”

For this exhibition, McElheny has altered the existing architecture of the Lower East Side gallery to echo the hexagonal structures described by Borges. Installed across the walls within the space are six elegant, glazed wood frames that each provide a window into interior, mirrored spaces that create an effect of limitless expansiveness “behind and beyond” the surface of the wall. Each of these works, which the artist refers to as trompe l’oeil “paintings,” depicts an imaginary library housing a multitude of containers or repositories for knowledge, represented here by hand-blown mirrored objects. Ranging from a “library of cosmic rays” to a “library of interplanetary harmonies,” and a “library of seeds,” these archives propose to contain knowledge within unique objects “as mysterious as the knowledge itself,” suggesting that knowledge is “potentially beyond words or books.” Viewers look within each frame to a vista of endlessly-refracted hexagonal architecture, implying that each library is in itself vast, and also just one of many possible libraries.

Exhibited alongside these works are two ellipse-shaped “mirrors” built of interlocking wooden hexagonal shapes, enlisting marquetry to interpret Borges’ proposal for the fundamental form of knowledge and the structure of the universe. For McElheny, the mirror is a “kind of methodology,” that enables the creation of more space “without building it,” and the creation of more light “without adding more light.” Entitled Mirror (The Library) and Mirror (The Universe), each work is tinted darkly and treated with a high gloss finish, resulting in a mirror-effect that shows the viewer a faceted, shadow-like reflection of themselves. Borges’ contradictory description of the library is likewise interpreted by McElheny in an intaglio pochoir print Map of the Library/Map of the Universe, a map or key showing the library’s structure of hexagonal rooms, ventilation shafts and staircases, which charts the infinite library through an arrangement of color without pattern or order.

The exhibition culminates with a four-channel film installation created as a multi-year long collaboration between McElheny and the filmmaker Jeff Preiss, entitled Portrait of a Library, which argues for a world where insight and sanity can be found in the search, and re-search, for knowledge of the impossible. The installation layers an amalgamation of different types of moving imagery shot within a personal library—16mm footage, VHS footage, re-shot 16mm footage of the VHS imagery on a monitor and of 35mm slides projected on a screen—to create a hypnotic cinematic environment of a world that seems to exist in no time or place, but is also real. The voice of a female narrator describes the books that we see the titles of, telling us stories of visionaries who can re-create the whole world, the universe, and even themselves.

Libraries is accompanied by an artist-led audio guide, with guest readings by author and translator Susan Bernofsky and poet Pamela Sneed.