Joshua Hagler: The Living Circle Us

Joshua Hagler: The Living Circle Us 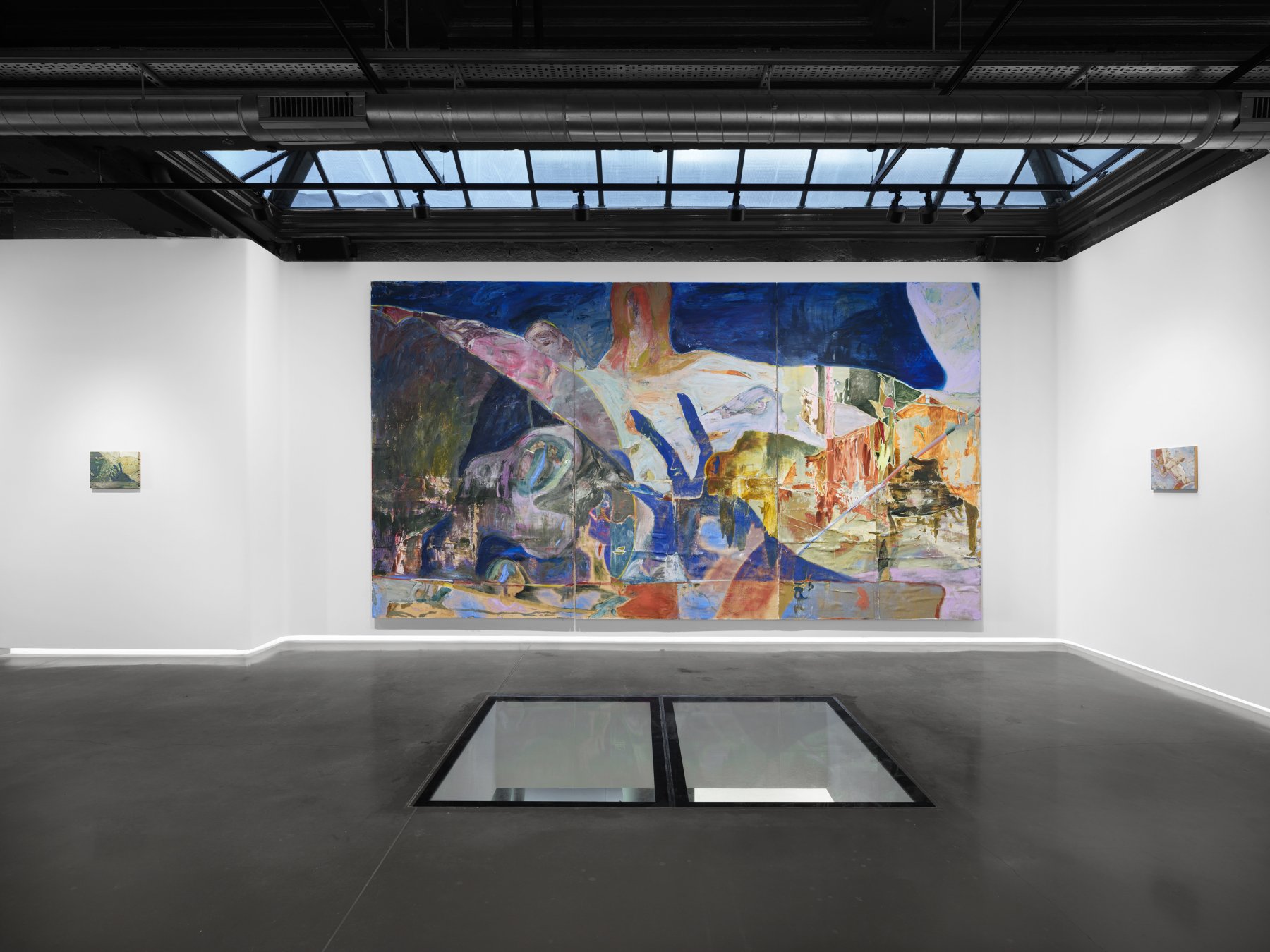 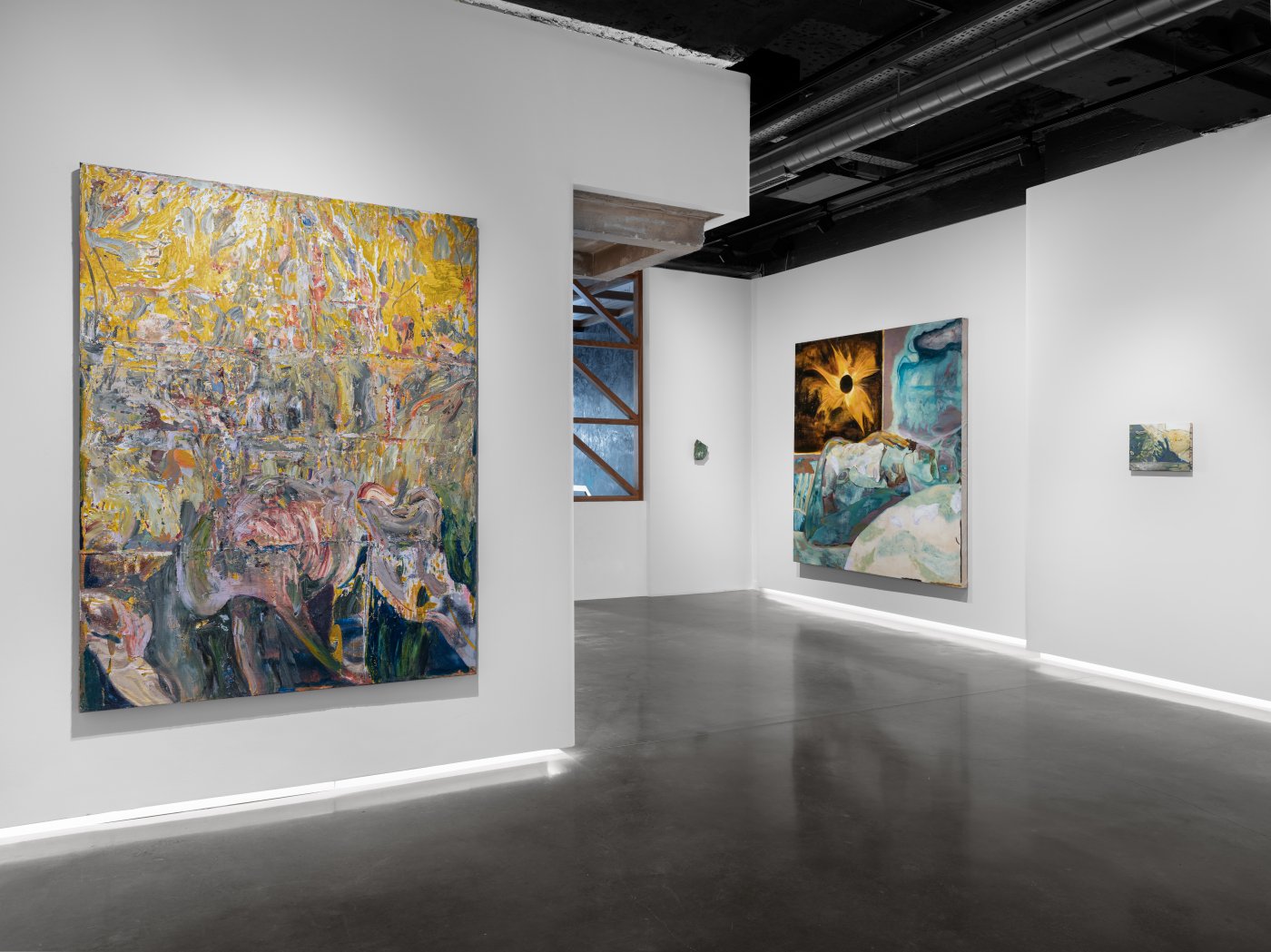 The show’s title, drawn from the poem “Metamorphosis” by Louise Glück, is evocative of this shift. For Hagler, the verse speaks to life during the global pandemic, the birth of his now ten-month-old daughter and his relocation to rural New Mexico. Relinquishing socio-political messaging in favour of a more intimate sense of being attentive to his immediate world, he sets an important parameter for the exhibition: to respond only to the visual information he encounters in his day-to-day life.

The exhibition’s curator, David Anfam notes:
“Joshua Hagler’s recent works mark an important move forward into mysterious, more intuitive realms. Memory plays a key role, but so does Hagler’s visceral contact with surrounding reality. This includes the deserted buildings and fire-scorched landscape of southwestern New Mexico where he lives – as well as the birth of his daughter not long ago. Distant echoes from the Old Masters mingle with brooding chromatic fields to create a blurred yet vivid cartography of consciousness. At once dream-like and intensely physical, Hagler’s painterly meditations on life, love, death and landscape could not be more timely as visual poems addressing existence in today’s troubled world.”

“Drawing carries the possibility of repatriation to the real, the simple acknowledgment that to describe is necessarily to create.” – Joshua Hagler

Images that find their way into Hagler’s drawings and paintings include the natural landscape of southern New Mexico, sometimes damaged by fires or littered with abandoned settlements.
Other times, drawings of his infant daughter or his wife nursing late at night become the basis for a painting. While still at others, he draws the cheap reproductions of the Fourteen Stations of the Cross adorning the walls of an old nearby mission church, or portraits from the obituary page caught in a mesquite tree in the field behind his studio. While all these images are important to the artist in their own right, his interest is not so much in the usual cultural or historical meanings or in reproducing or emulating the subject’s likeness. Rather, he understands drawing as a contemplative method for simply being with the subject. In this way his drawings are done in a blind contour manner, and once committed to colour on the canvas, are often barely recognisable, if at all.

Among the factors that contribute to Hagler’s recent shift is his emphasis away from narrative and recognisable imagery and toward materiality and raw presence. Substrates range from canvas, linen, burlap, bedsheets, and polyester film, often combined in a single work. Other paintings occur on found objects left in abandoned properties, on objects such as road signs, car wreckage, and flattened tin pails perforated with bullet holes.

Whether on objects or patchwork fabric surfaces, no one image is more important than another, and so a drawing made in the first hour of his daughter’s life can find its way to the canvas only to be subsequently painted over with an image of the fire damaged landscape.
Hagler’s interest in these renderings does not stem primarily from their narrative content but rather from the space and sensation to which the process of layering opens itself. The “Fourteen Stations” in the neglected church, for example, are not historically important artworks, but rather humble reproductions, things that few would think to visit. As such, The Living Circle Us elevates that which has slowly sunk into the shadows, the marginal and the ordinary, to the status of main subject. Working in this way is, in and of itself, a reaction against contemporary perceptions of relevance. The work does not exclude that which might be viewed as unimportant or extraneous in the context of contemporary existence.

Although finding symbolism and metaphor in art is usually unavoidable, Hagler does not seek to project metaphor directly himself, working rather to document the immediate activity of thinking and painting. These artworks therefore strive to present a certain cognisance that sits with the numinous in physical space. By embracing immanence and accepting the transience of our material reality, the artist has noticed a psychological shift in his own perception of the course of time. More and more comfortable in the unknown, Hagler allows his artworks to determine their own course. In this sense, once separated from a creator’s intentions, an artwork can take on an identity of its own through its very form and materiality. Hagler’s works then perhaps communicate more than they ever have, delving down into the commonness of human experience that has always encircled us, only to find a feeling of profound reality in that which language fails to capture.