Jorge Pardo: All bets are off

Jorge Pardo: All bets are off 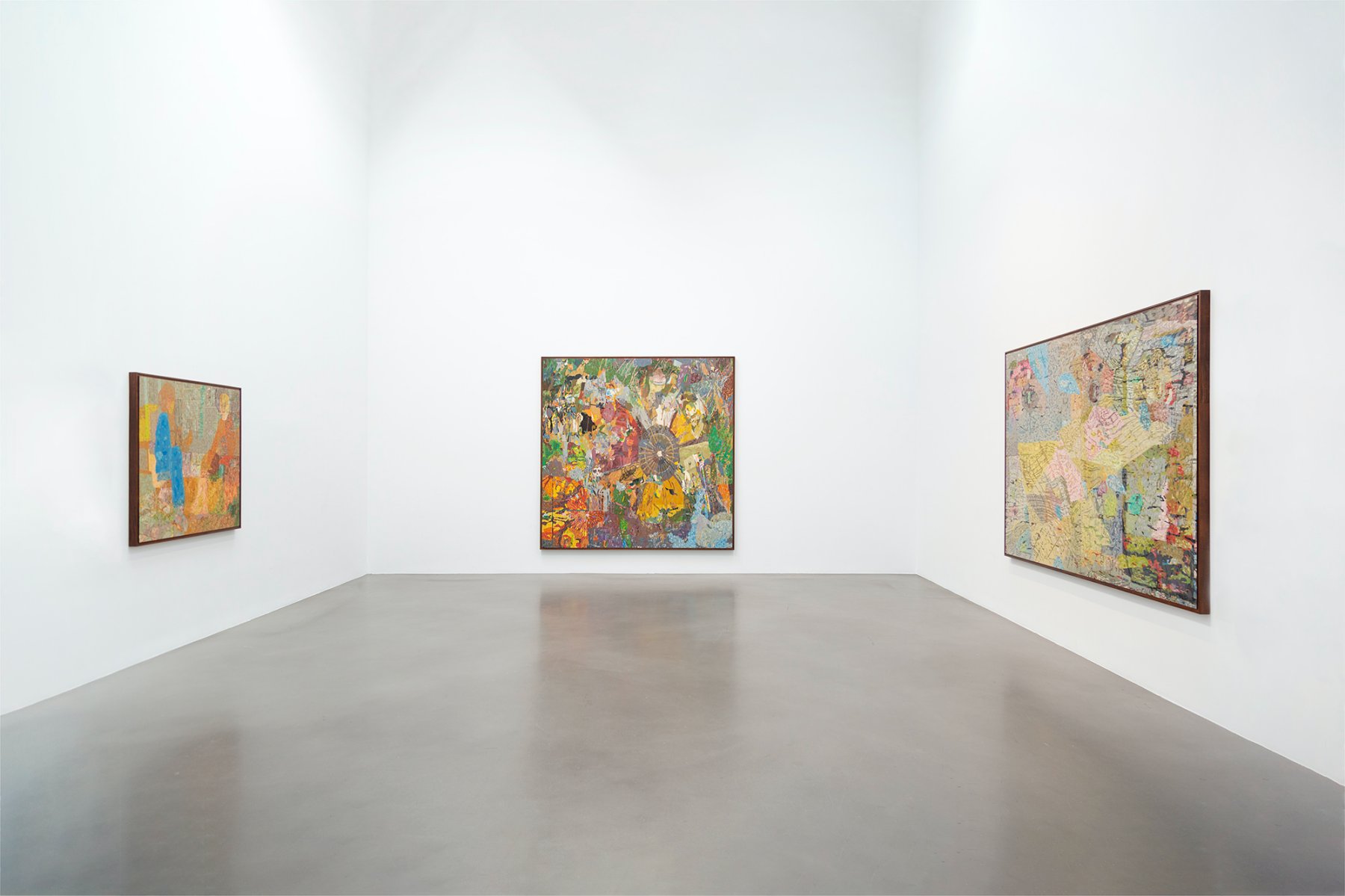 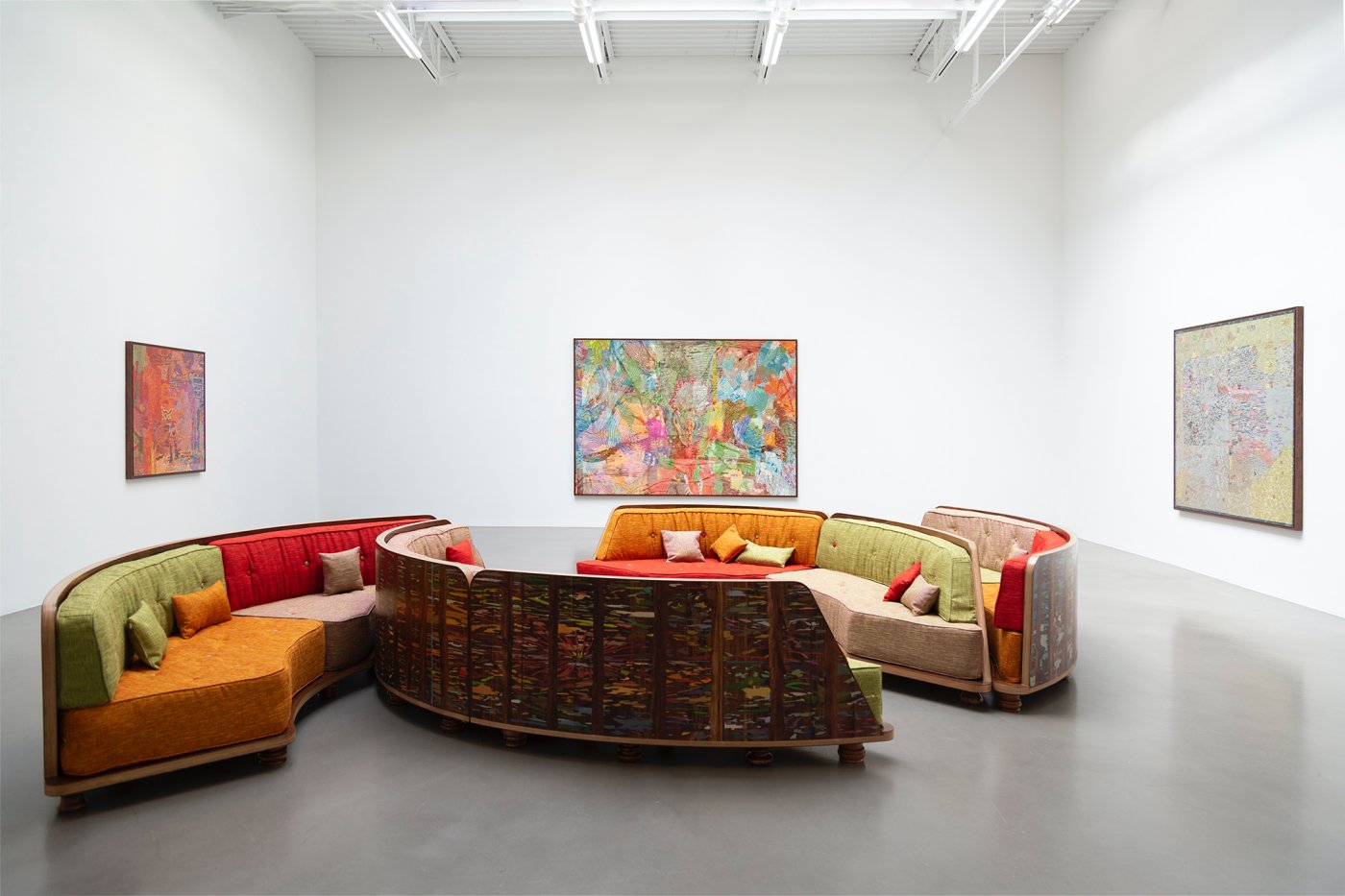 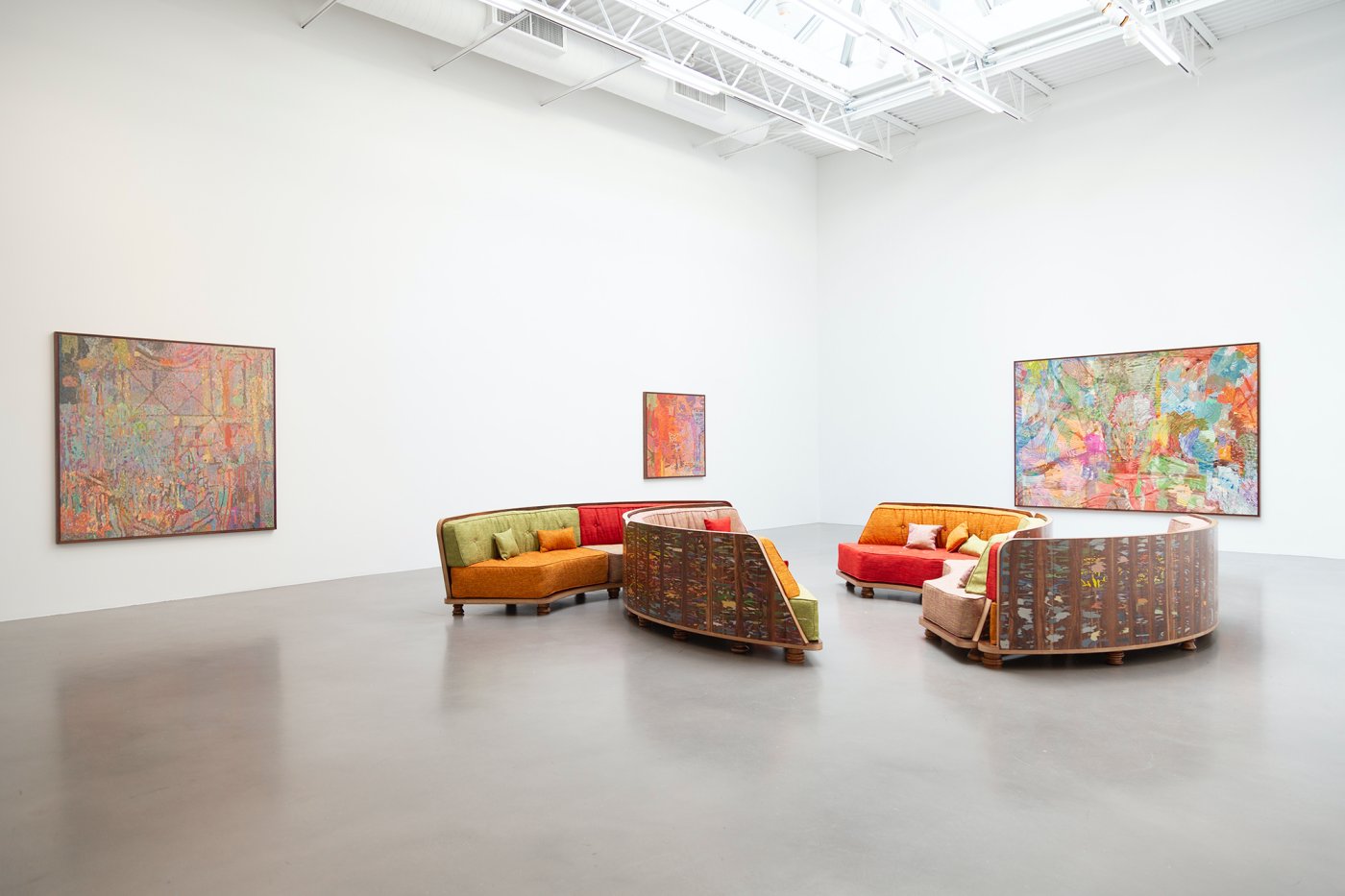 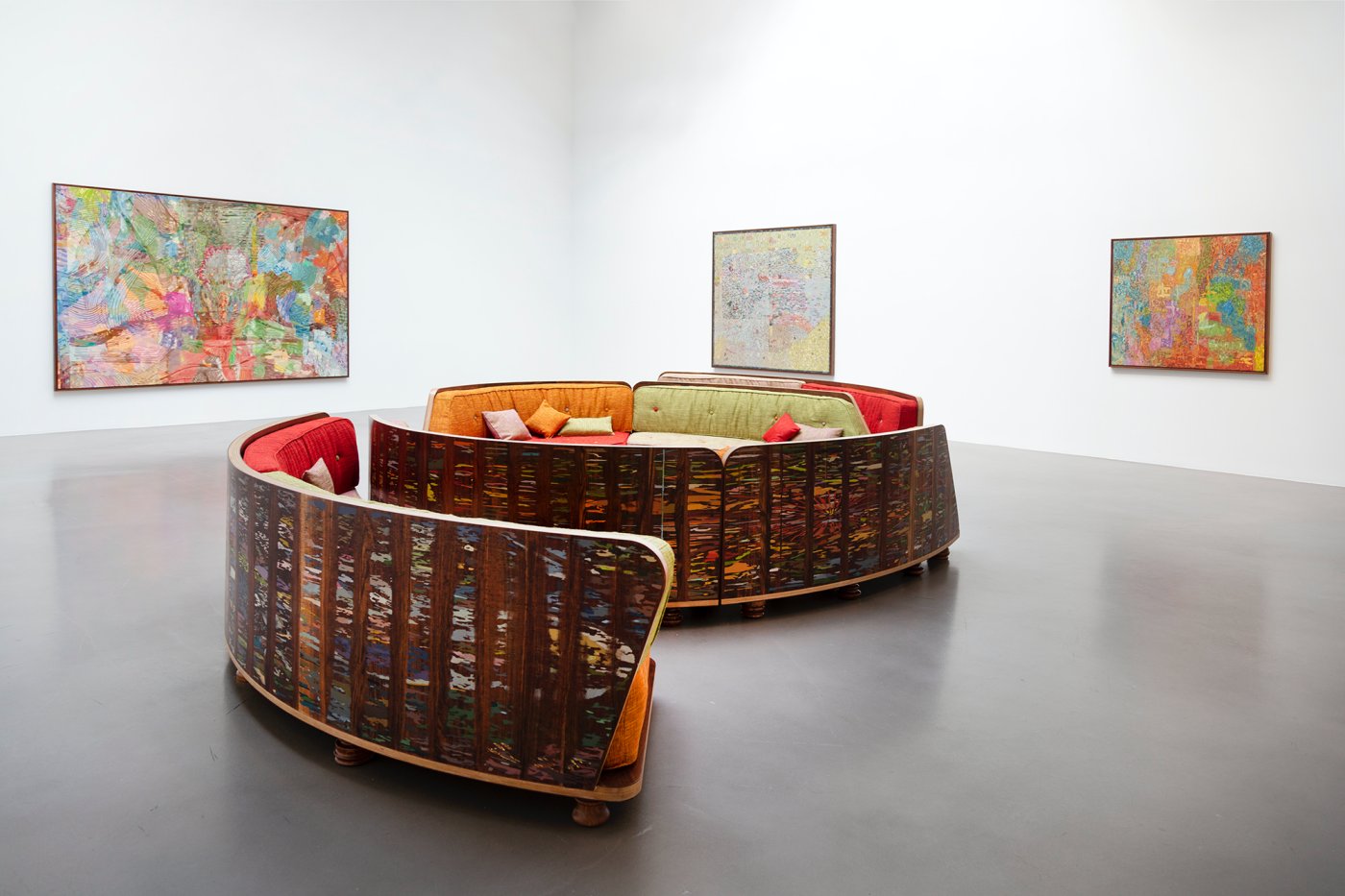 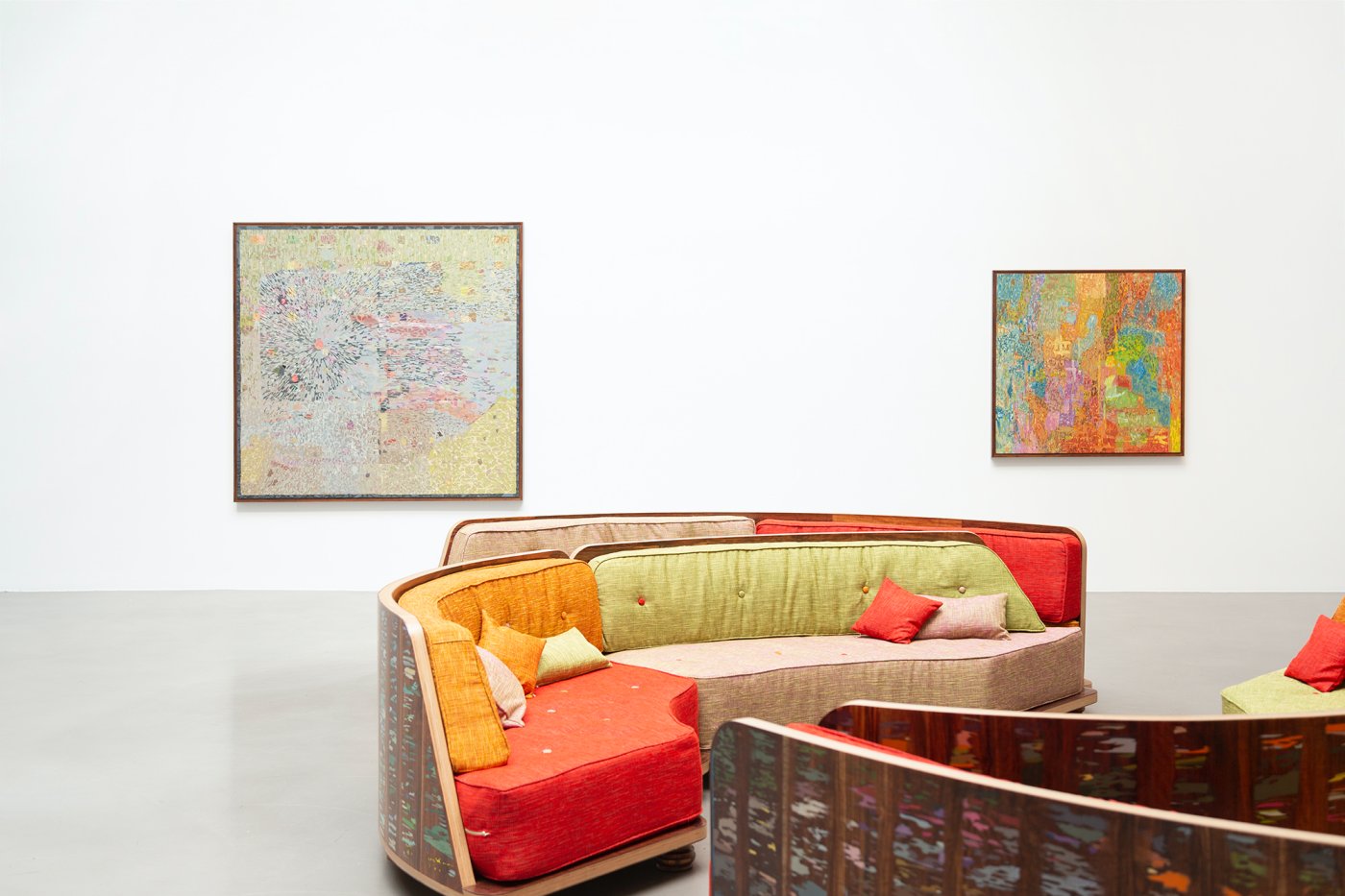 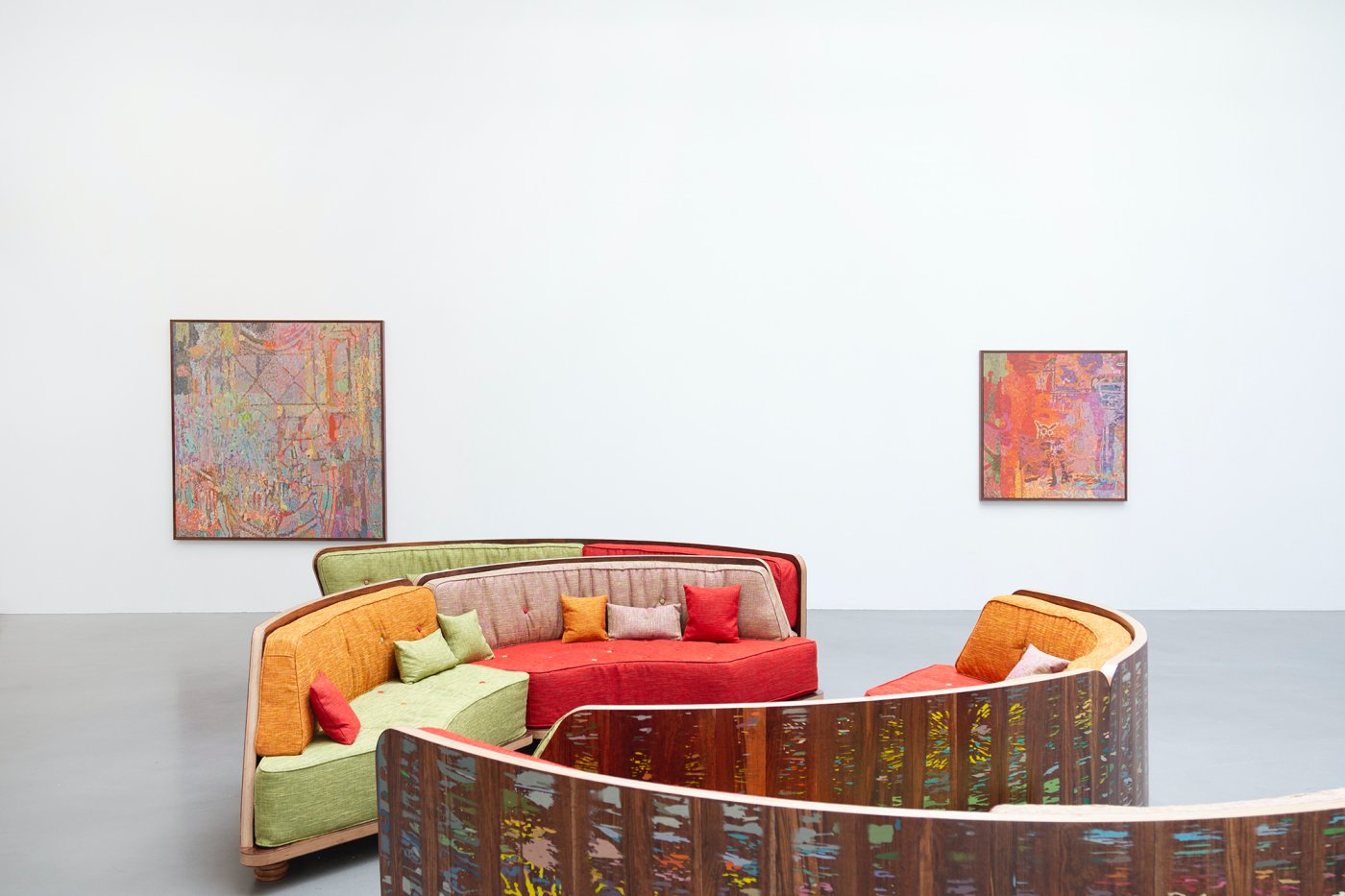 As is typical of Pardo, these new paintings make one consider the act of looking itself. Each is made up of an accumulation of images, first layered digitally until nearly unrecognizable, and then laser-cut engraved in outline on MDF, and finally hand-painted in acrylic. The resulting objects speak to both sculpture and painting in a signature flamboyant Pardo style. The paintings are abstractions, transformed through the combination of layered imagery, but one cannot call them nonrepresentational, rather, they present distorted forms without the memory of what they represent.

No stranger to maximalism, these thoroughly additive works continue an exploration of layered painting that the artist has been developing over many years. Pulled from a wide range of source material, the initial images (typically two to seven layers per painting) are a nonhierarchical amalgamation of personal photographs, works by other artists he admires, or even past pieces of his own, coming to exist in the space between and amongst each other. Pardo is most interested to play with the possibilities, seemingly limitless in this case, as he puts it: “It’s about making them disappear and turn into something else.” The collective patchwork effect allows for just enough difference from painting to painting that they “start to have a dialogue between each other,” says Pardo. Tied to the location of his studio in Mérida, Mexico and Pardo’s own Latinx heritage, the works and painting techniques on view also show strong Mexican and Mayan influences, containing frequent references to the cultural aesthetics and materials of the immediate cultural landscape.

Other components in the show are a giant multi-colored chandelier titled after gallerist Gisela Capitain, an eccentric couch with painted spine (created through the same process as the paintings) which does not always offer an easy seat, and an unrealized photography project from Pardo’s school years in the late 1980s. Pardo offers that the sculptures are needed so that the paintings act as “photobombs” in the background of the installation. These added objects are reflexive in their own ways – the couch’s unique shape allows people sitting on each side to look at each other but requires them to lay down to do so. The unrealized work is a slide carousel that Pardo had originally planned to apply to Yale graduate school with but never followed through. The application requested candidates to submit their portfolio, yet Pardo wondered, what would happen if you applied with an actual work of art? Instead making a pinhole camera from the carousel with pictures being captured on each slide while traveling within the device.

As a whole, the show touches on theories of integration and migration – borrowing from another curious overlap: that of the illusion and movement through space developed in Hans Hoffman’s “push-pull” painting method and sociologist Everett Lee’s Push-Pull theory of geographical migration amongst communities which has helped to define the levels and patterns of human integration. From reusing and repurposing historical material in the canon of painting; to interweaving various forms of image-making; or considering the screen – of the computer, our phones – as a visual problem to work through and from; and the even more human element of relational interaction amongst strangers – Pardo’s goal is to make people engage in the act of looking. The works in All bets are off catch viewers in that process, requiring one to be aware of and rethink how to approach simple acts we do all the time – seeing, sitting, thinking. In doing so, the opportunity for a subtle and accessible confrontation of the history of painting and picture-making itself arises.

Alongside the exhibition, there will be an accompanying booklet housing a unique interview between Jorge Pardo and curator Daniela Pérez which follows a format akin to the paintings themselves: developed by repurposing questions originally asked of other artists and posed anew directed to Pardo. As well as the debut of the artist’s newest monograph: Jorge Pardo: Public Projects and Commissions, 1996–2018, a highly anticipated publication that documents over 20 of Pardo’s public works in one volume for the first time. Includes text contributions by Emma Enderby, Maja Hoffman, and Ian Volner, as well as presents twelve of the artist’s never-before-seen “unrealized projects,” discussed in conversation with curator and art historian Hans Ulrich Obrist – available for purchase at the gallery.

Born in Havana, Cuba in 1963, Jorge Pardo studied at the University of Illinois, Chicago, and received his BFA from Art Center College of Design in Pasadena, California. Upcoming projects include a site-specific commission for the University of Houston’s Public Art Program, opening October 2021; and a solo presentation at the Museum of Art & Design at Miami Dade College, Florida opening November 6, 2021. Pardo’s work has been the subject of solo exhibitions at the Pinacoteca de Estado São Paulo, São Paulo (2019); Musée des Augustins, Toulouse (2014); Irish Museum of Modern Art, Dublin (2010); K21 Kunstsammlung Nordrhein-Westfalen, Düsseldorf (2009); Los Angeles County Museum of Art (2008); and Museum of Contemporary Art, North Miami (2007). Paintings by the artist were included in the 57th Venice Biennale (2017). Jorge Pardo currently lives and works in Mérida, Mexico.