You can’t destroy history. The history and this fence is precisely what is left after we’re done trying to destroy it. I think it’s important to remove this fence but also to find a way to keep it. Preserving the act of taking it down. – Jorge Otero-Pailos

Holtermann Fine Art is pleased to present American Fence, a series of new sculptures by artist and preservationist Jorge Otero-Pailos, and his first solo show with the gallery. The Cork Street exhibition will feature eight works from the group of steel sculptures made from the remains of the security fence that surrounded the U.S. Embassy in Norway following the events of September 11th, 2001. 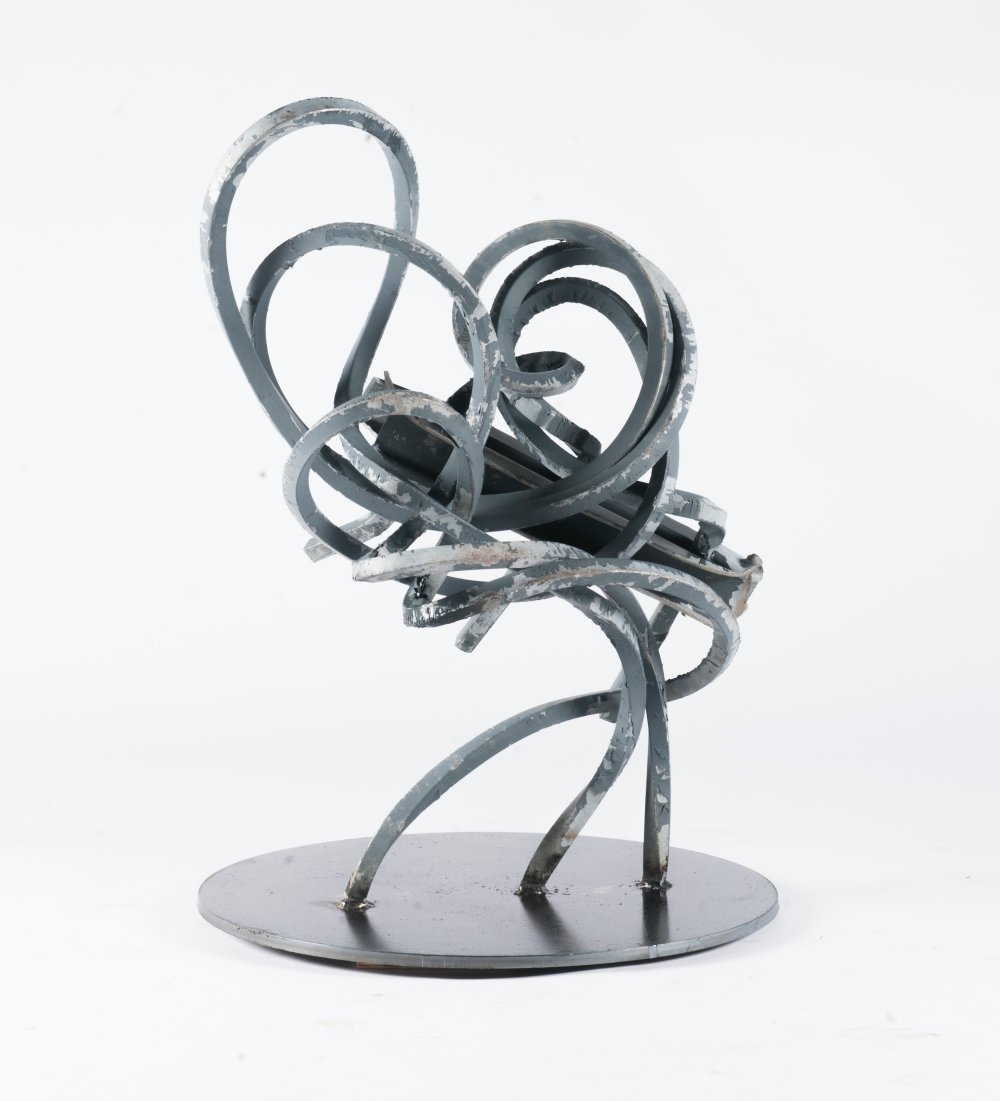 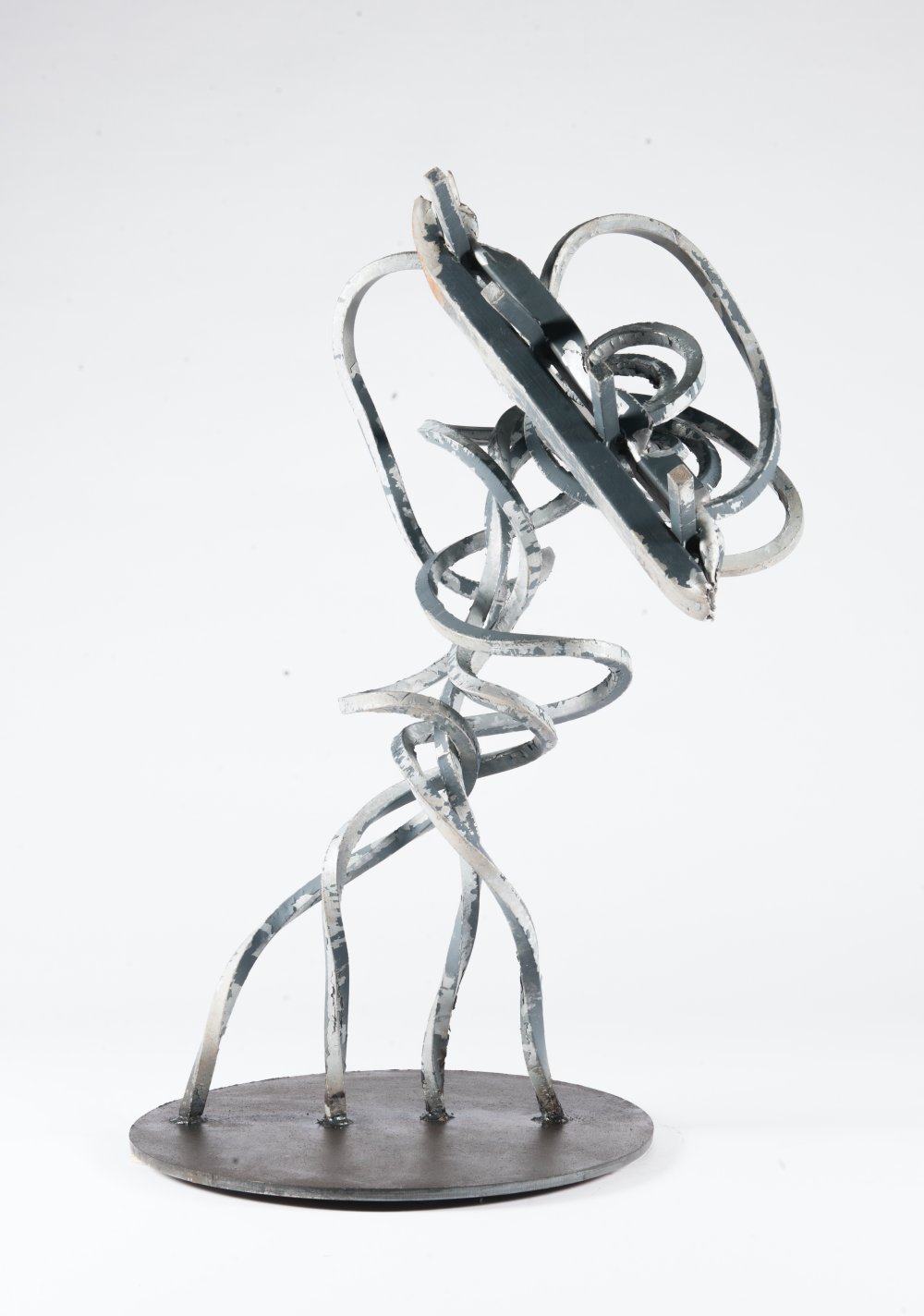 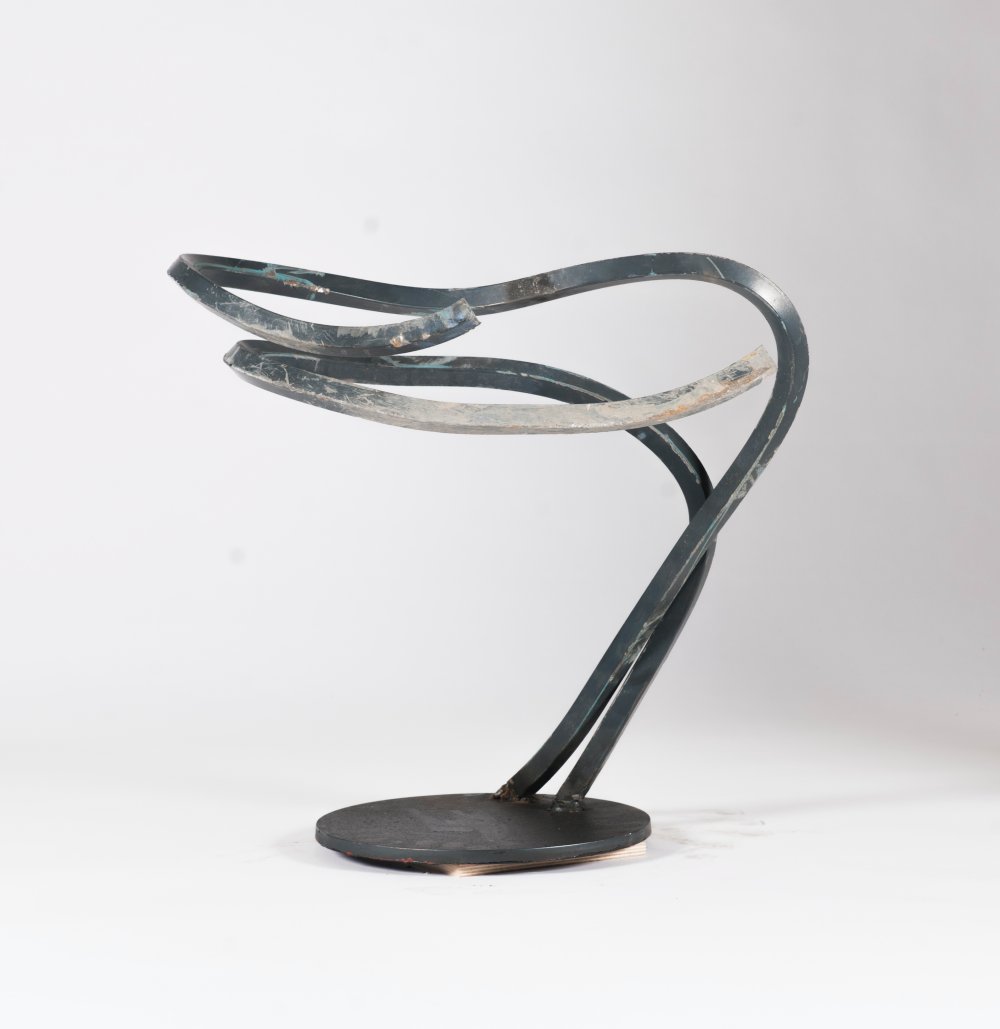 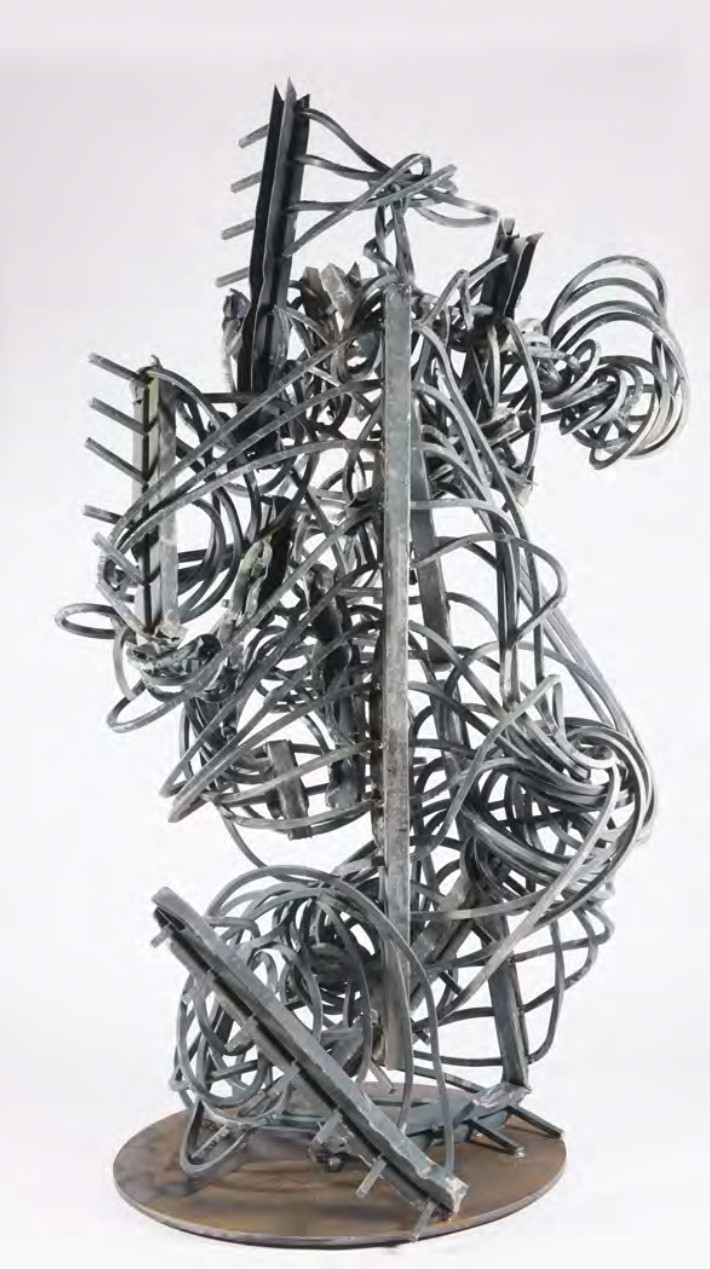 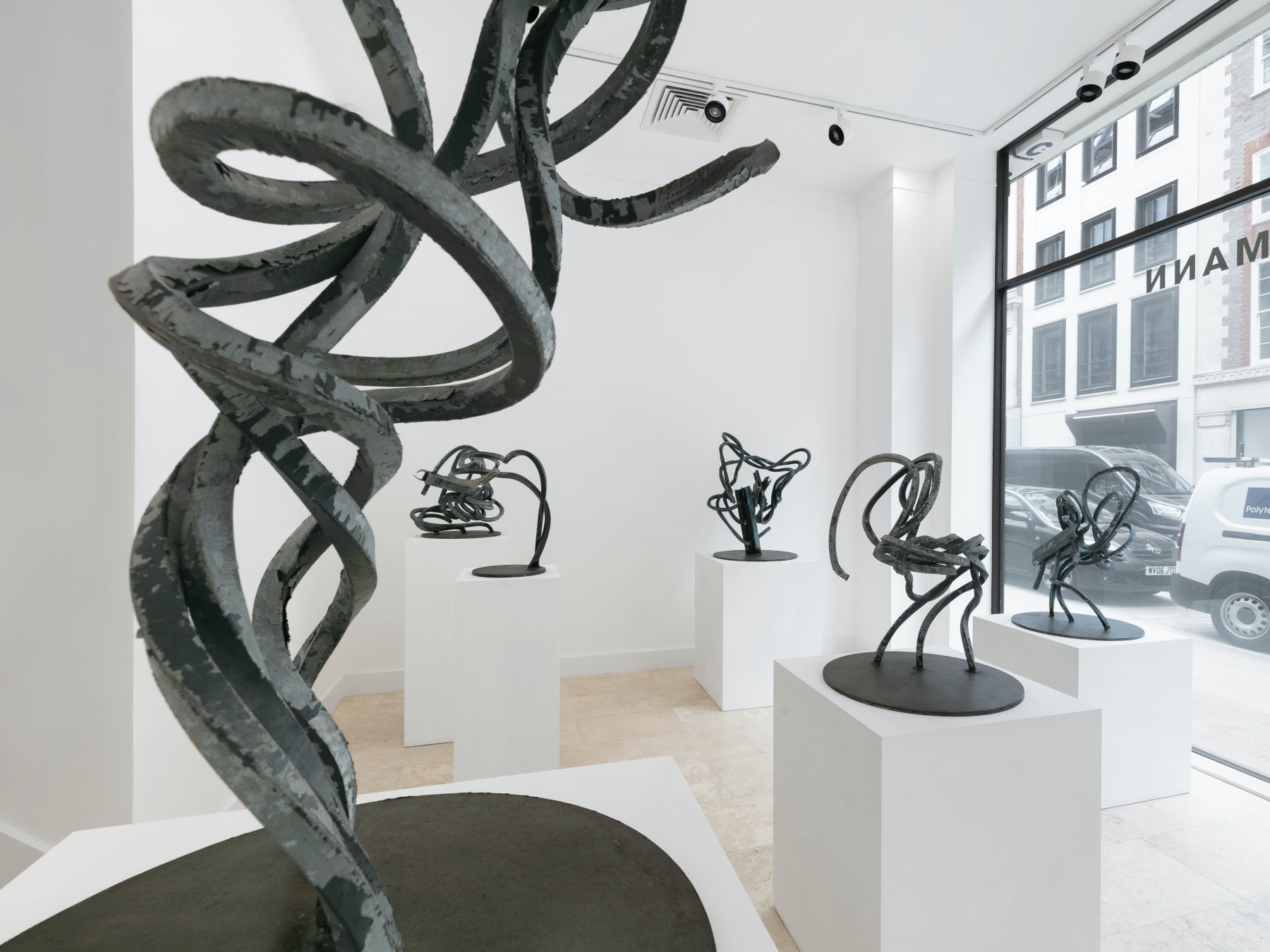 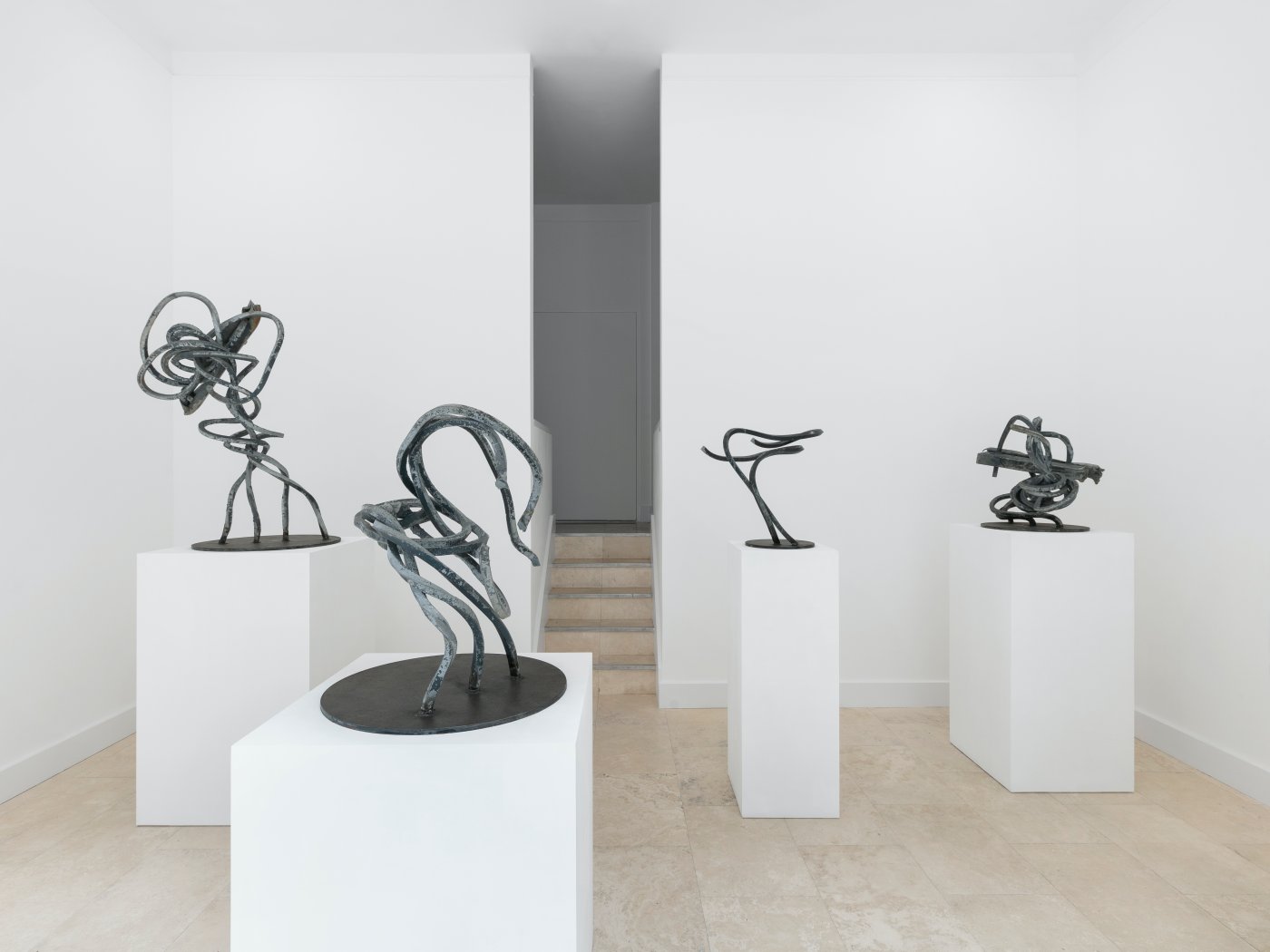 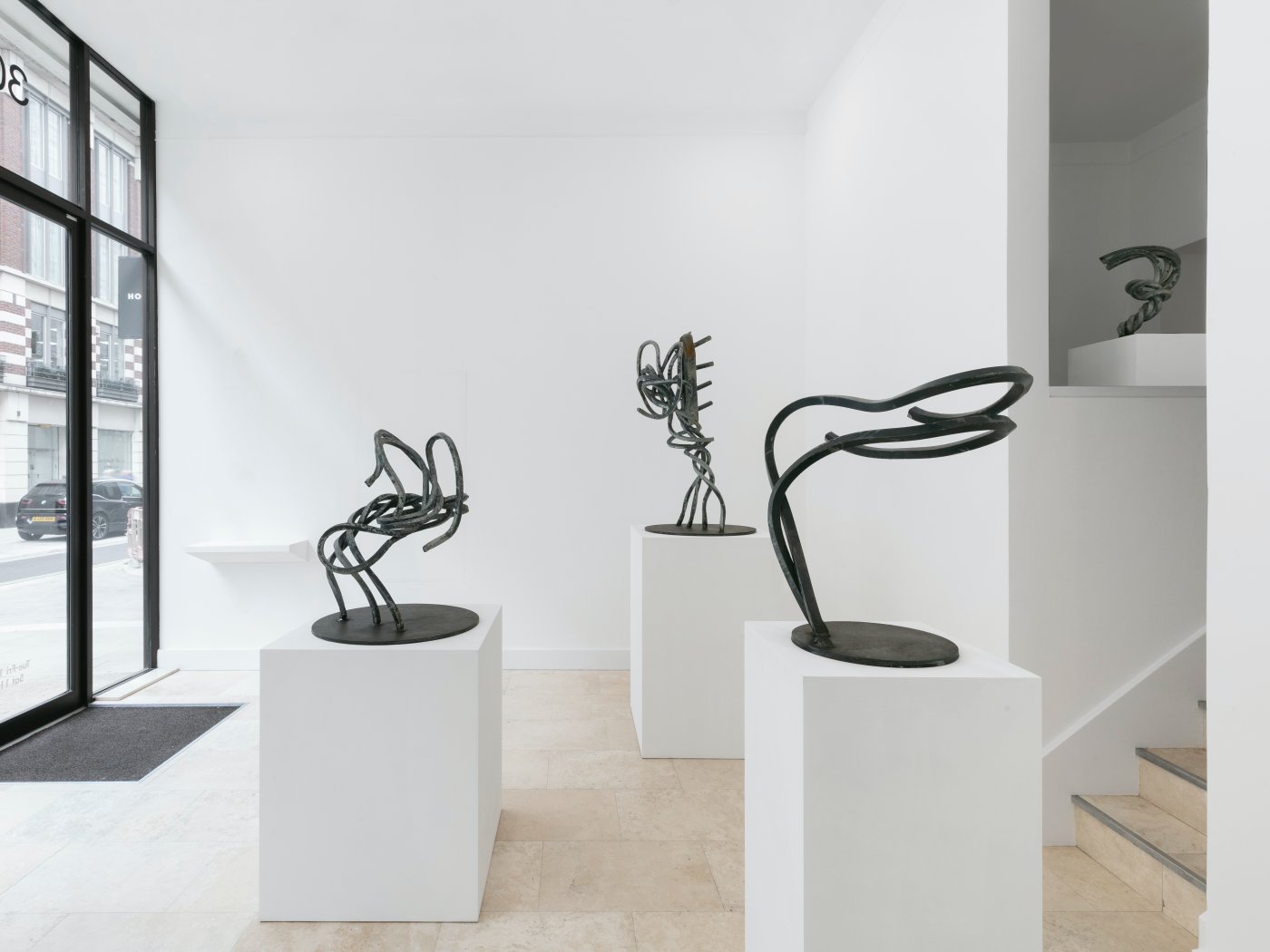 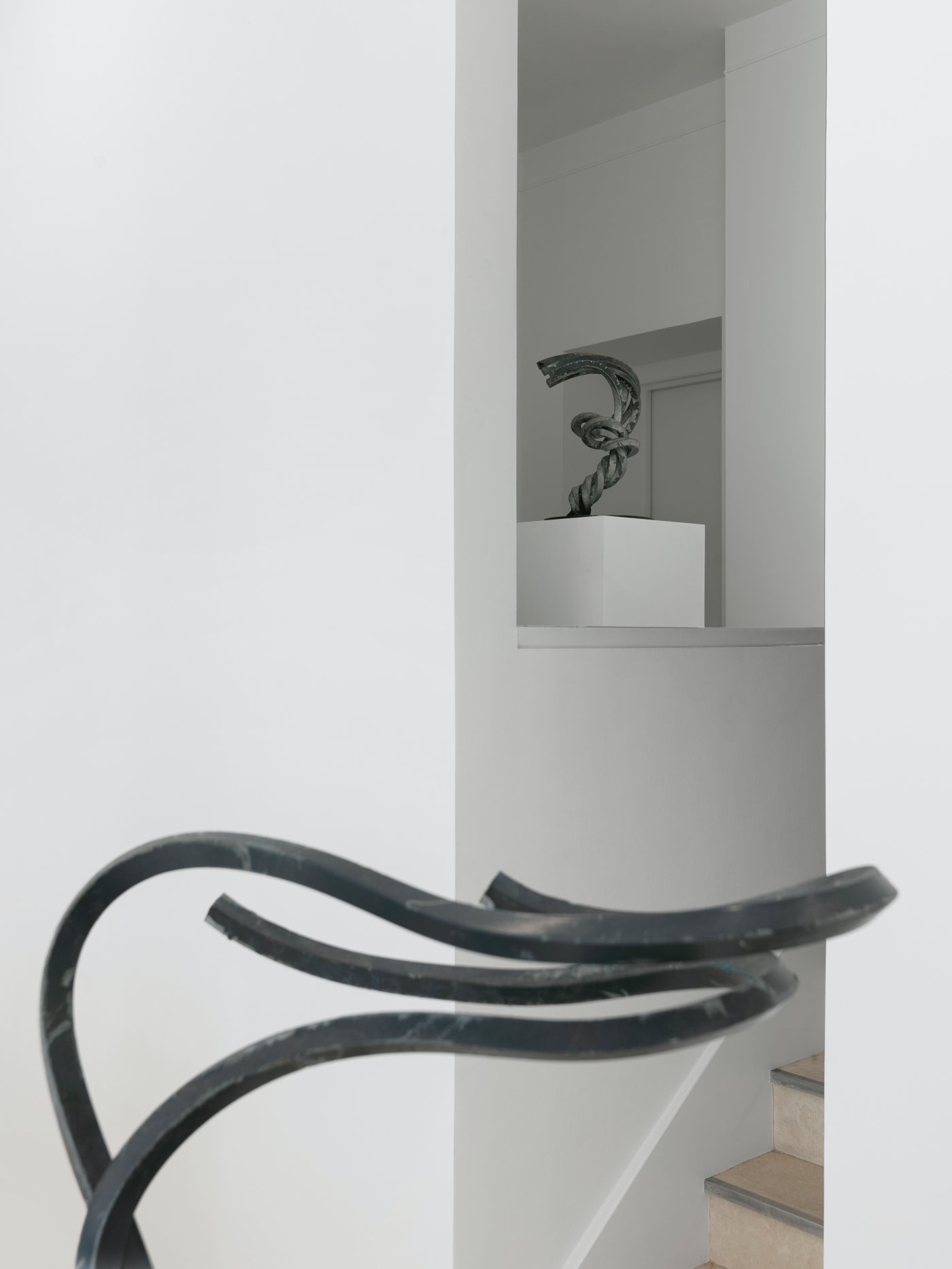 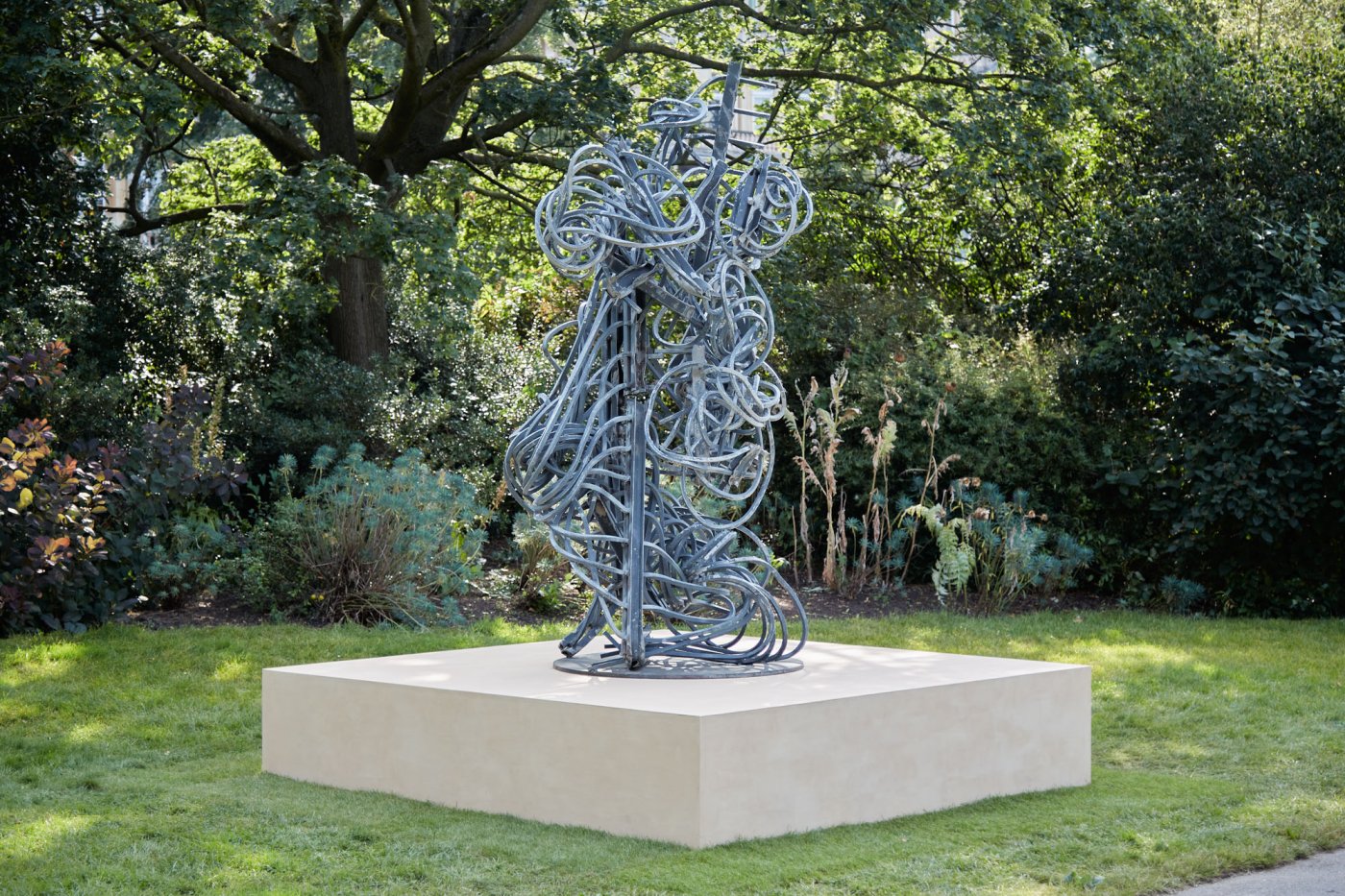 Concurrently, Otero-Pailos’ American Fence: Biosignature Preservation will be on view in the heart of London for the 2021 edition of Frieze Sculpture, set to take place from September 14th through October 31st. The free public exhibition will be open at the same time as Frieze London and Frieze Masters and is curated by Clare Lilley, director of programming at Yorkshire Sculpture Park.

The U.S. Embassy in Oslo, designed by Eero Saarinen in 1959, was recently listed as a National Norwegian Monument and sold to a private owner. The listing carefully excluded the 9/11 fence as unsightly, preserving only an idealized image of the mid-century building. The fence, however, represents an important chapter in history. Set for removal in 2019, Otero-Pailos organized a public performance where demolition machines crushed the fence in situ, in turn creating a group of large outdoor sculptures and a series of works on a more intimate scale. He named the sculptures using extracts from official treaties signed between Norway and the U.S. in the years 2001 – 2019.

Otero-Pailos draws from his formal training in architecture and preservation to create artworks that address themes of memory, history and transition, inviting the viewer to consider monuments as powerful agents for cultural connection, questioning and understanding. He employs material residues of buildings and sites – including airborne atmospheric dust, waterways, traces of sweat, body sounds, maps and this embassy security fence to render their invisible meanings visible. A prominent work by the artist was the site-specific Artangel project The Ethics of Dust: Westminster Hall in 2016. Applying absorbent latex to the length of one 50-meter long wall, the artist was able to pull away what became a shimmering sheet of history – evocative of time, events, fates and victories whose invisible imprints were given form in the remnants attached to the sheet.

In this exhibition, the themes of memory and transition are manifested in a different way. While both hauntingly aggressive and emolliently rounded, the sculptures speak directly of international relations while embodying memory, monument and history. Otero-Pailos seeks to preserve the fence and the taking it down. Influenced by Donald Winnicott, the artist says: “Like children need to carry things from home into the outside world, as adults we need to carry objects from the past into the future”. The exhibition enables a poignant dialogue with and across time, provoking new understandings about – and a deeper sense of accountability for – our shared existence.