My forms are not rendered spatially. My paintings of tennis courts are about an interest in abstraction, and how the court becomes a geometric puzzle.
—Jonas Wood 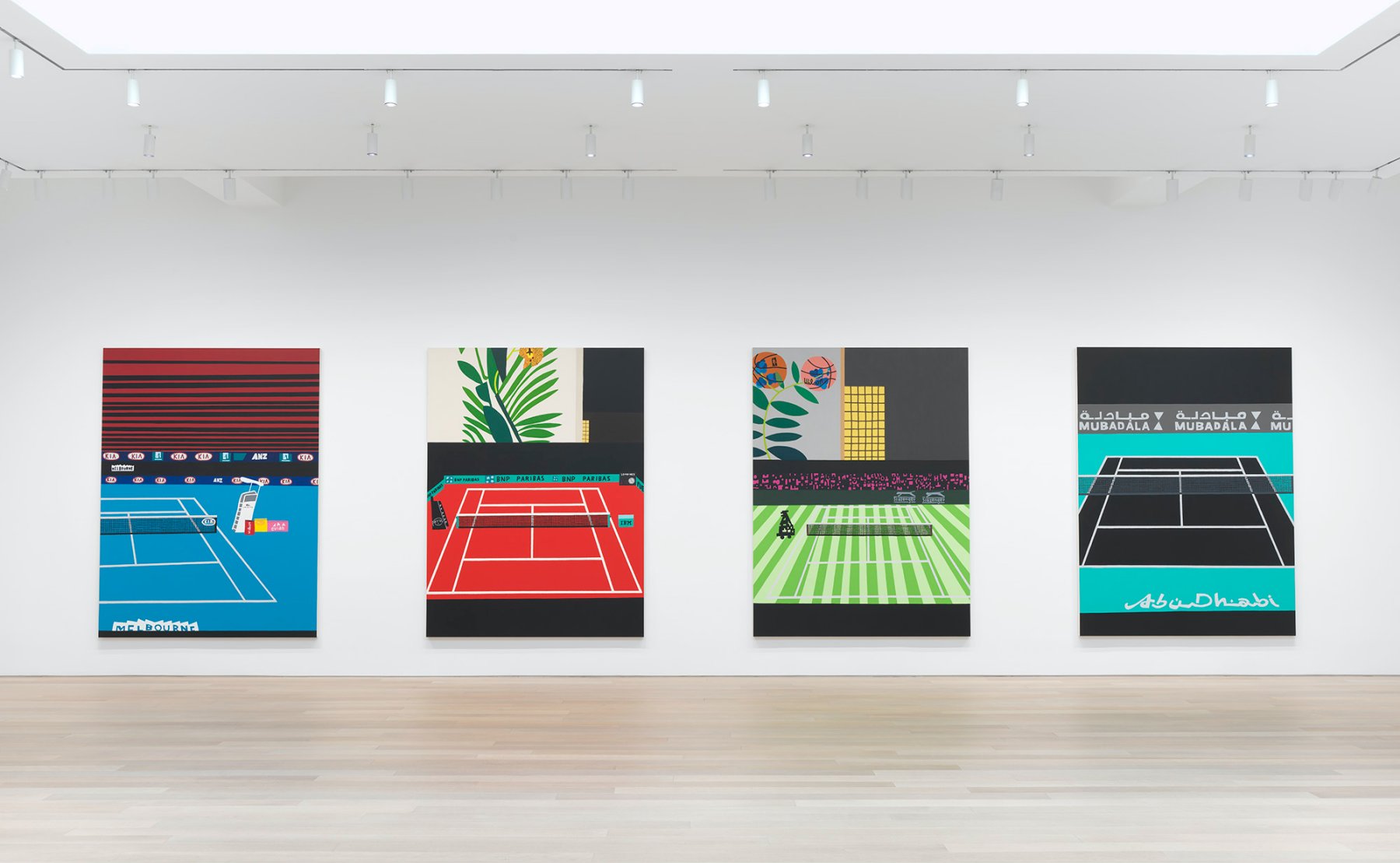 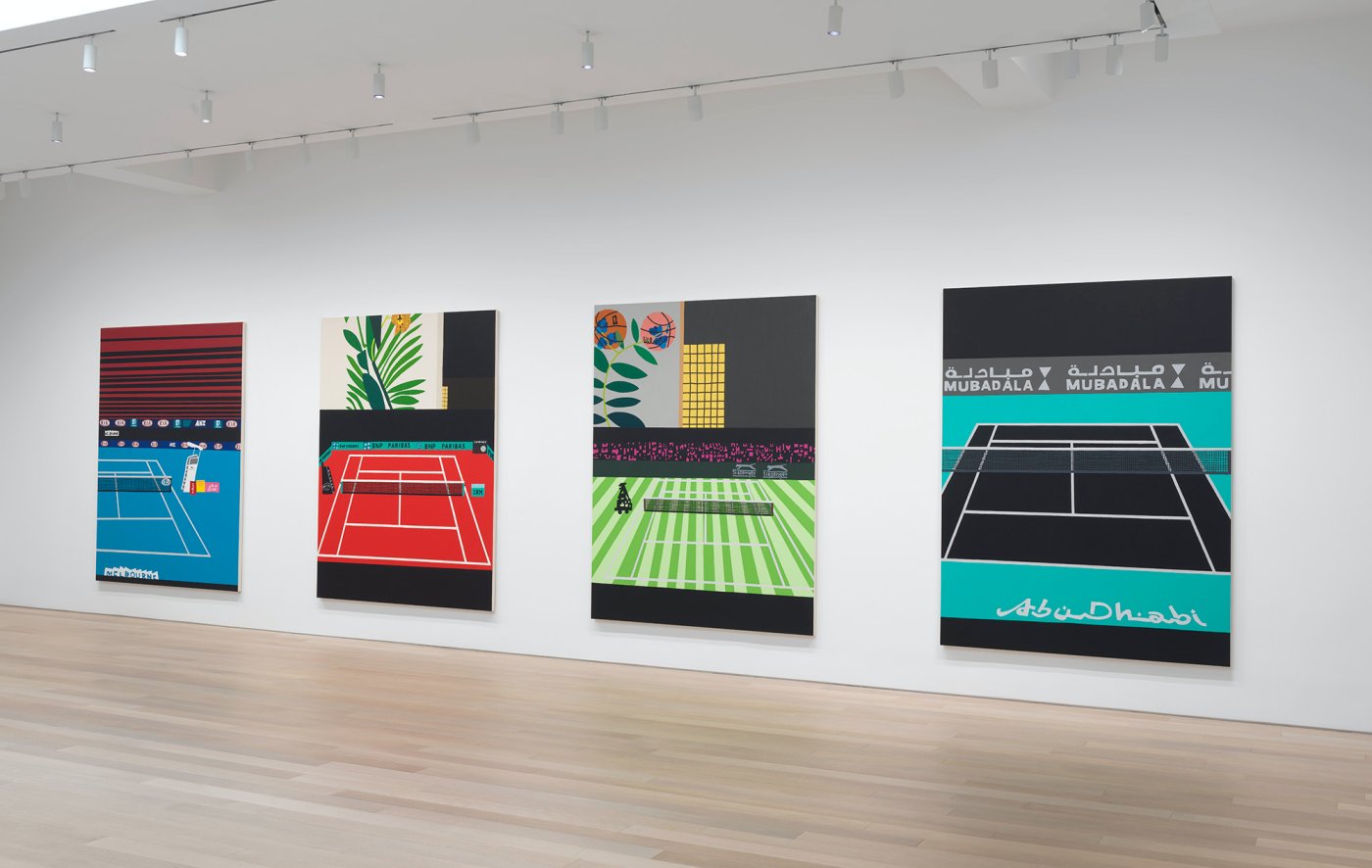 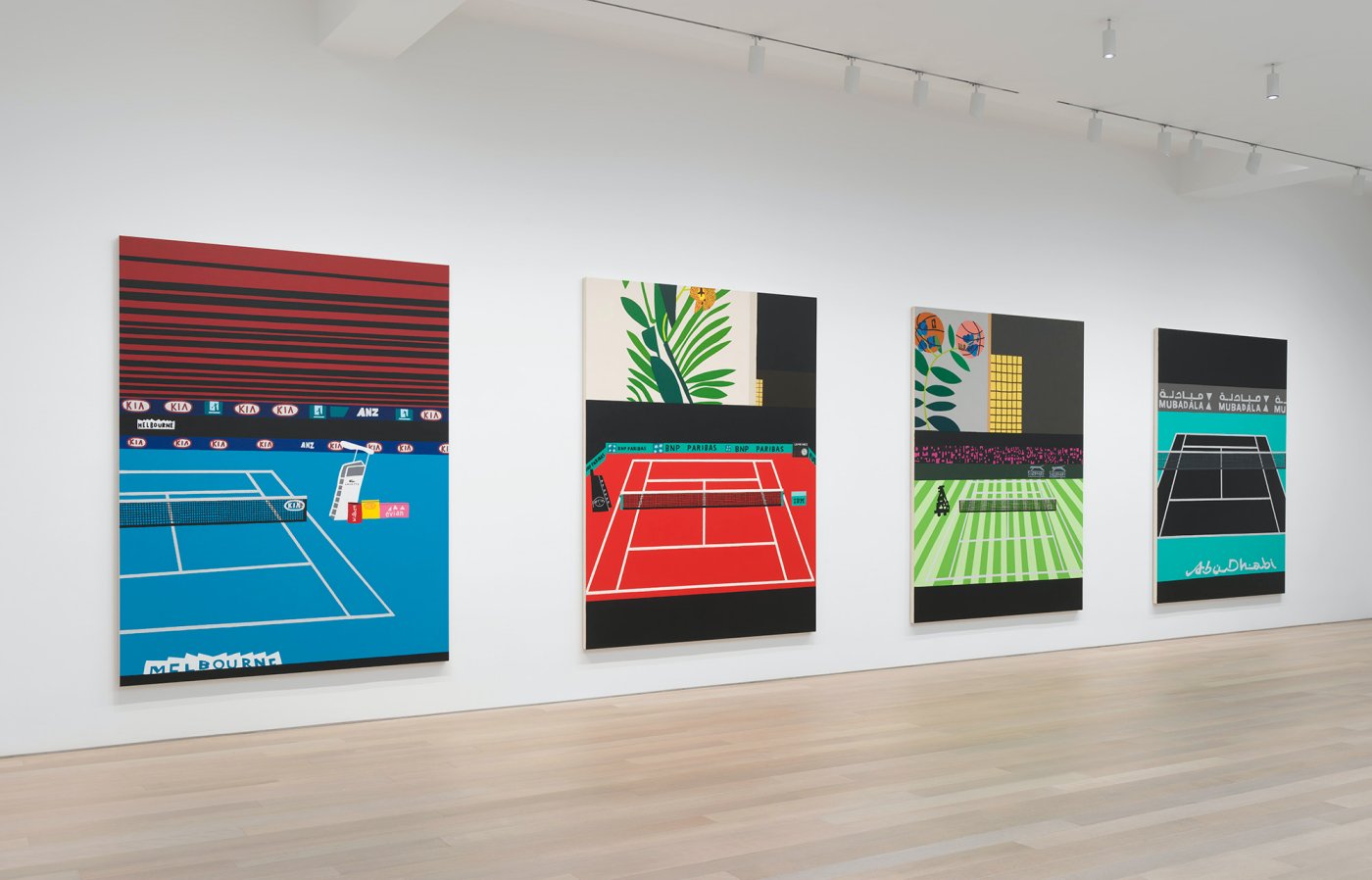 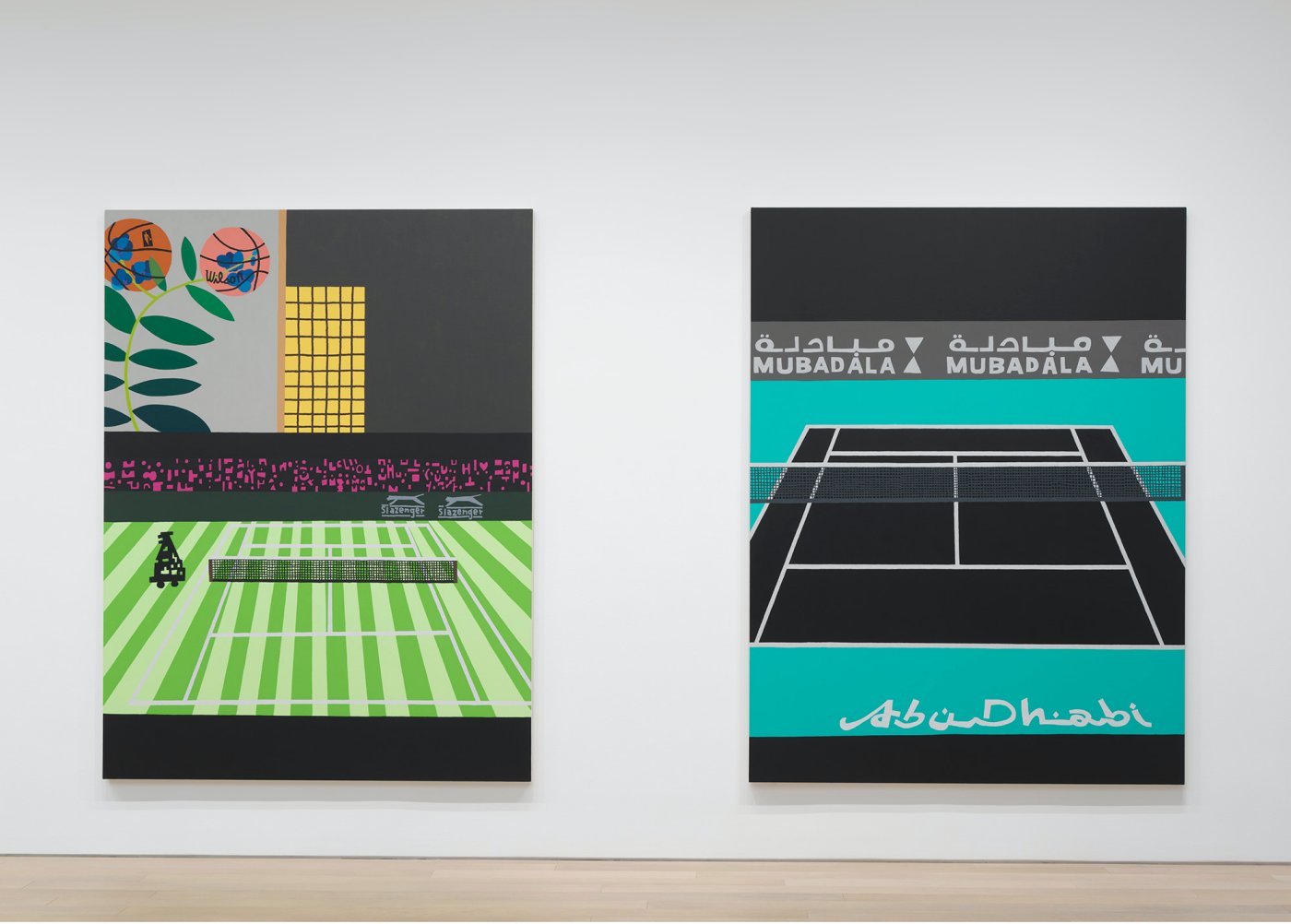 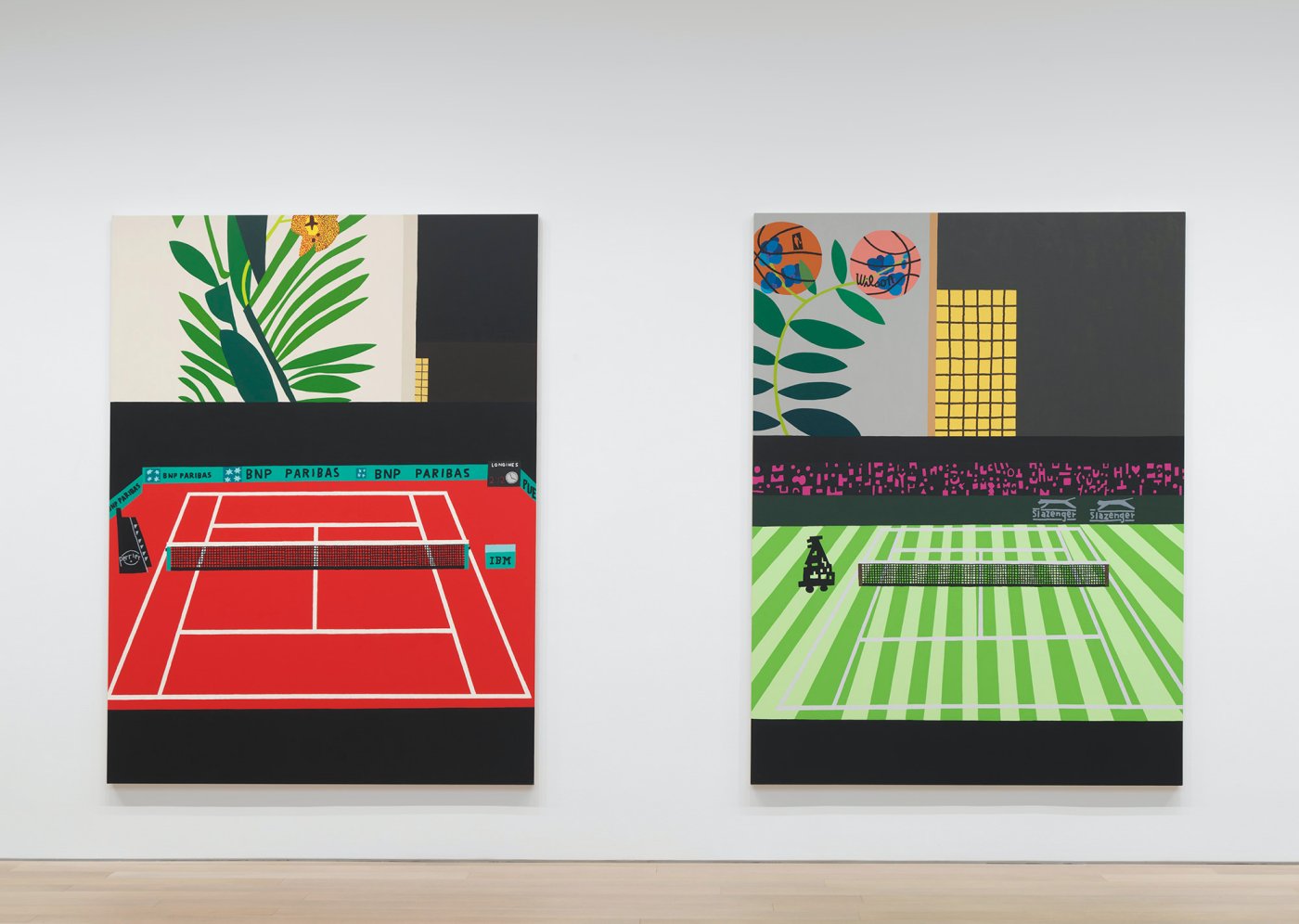 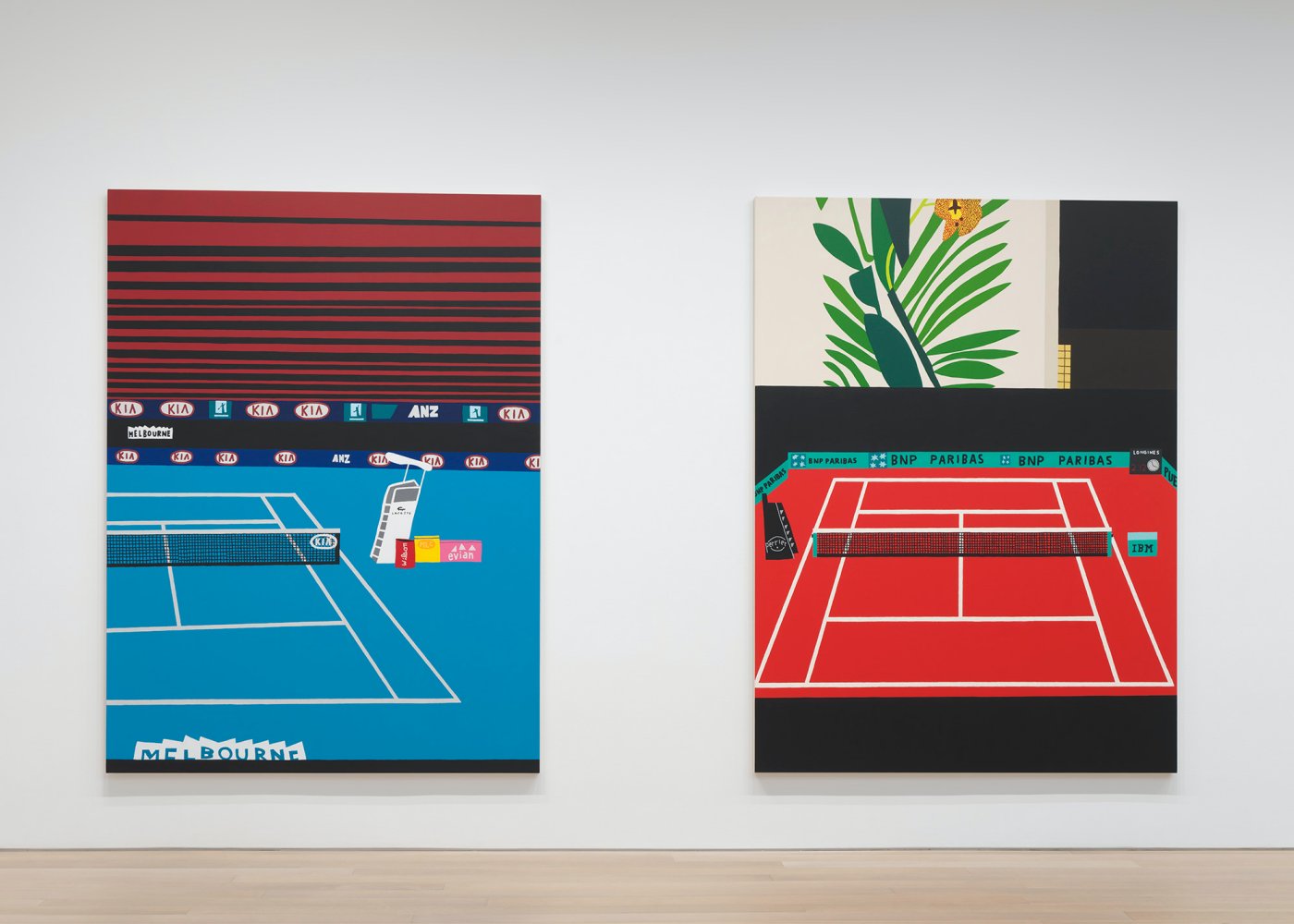 Describing his work as a visual diary or “even a personal history,” Wood charges images of people, places, and objects from his everyday life with art historical references. Inspired by the bold formal distillations of such artists as David Hockney, he emphasizes pattern, shape, and ornamentation while confounding scale and perspective. His lush, exuberant interiors and still lifes depict plants potted in vessels made by his wife, Shio Kusaka, and by artists in the couple’s personal collection including Magdalena Suarez Frimkess and Michael Frimkess, and Akio Takamori.

Wood first made use of sports imagery in dynamic post-Pop portraits derived from boxing, baseball, and basketball cards—tokens that have as much to do with celebrity as nostalgia. He later became interested in depicting the physical spaces associated with sports. While watching games on television, Wood developed a shorthand approach to representing courts and fields, paring complex scenes down to geometric shapes and flat, saturated colors. In the oil and acrylic canvases on view, he reworks four of his favorite drawings from a suite of twenty-four produced between 2016 and 2018, all of which depict famous international tennis tournaments.

Using televised events as reference, Wood foregrounds the strikingly abstract nature of tennis court design; he renders each site large scale and in portrait format, preserving its key characteristics while drastically simplifying, or eliminating altogether, the players and spectators. The courts—in Abu Dhabi, London, Melbourne, and Paris—are distinguished by their iconic colors and identifying signage.

The chromatic density and richness of these works stands in contrast to the simplicity of their composition. Wimbledon with Bball Orchid (2021) and French Open with Orchid (2021) incorporate snippets of paintings of plants and basketballs, hinting at the studio space beyond the screen, while Australian Open with Red Lines (2021) and Abu Dhabi (2021) feature strategically positioned abstract elements, with bars of red and black recalling postwar Color Field painting. Together, the quartet forms a Grand Slam in which the rigors of professional athletic competition are displaced by deft visual play.