The New Art Centre presents an exhibition celebrating the joy and carefree times of the 1970s, caught on camera by Johnny Dewe Mathews. 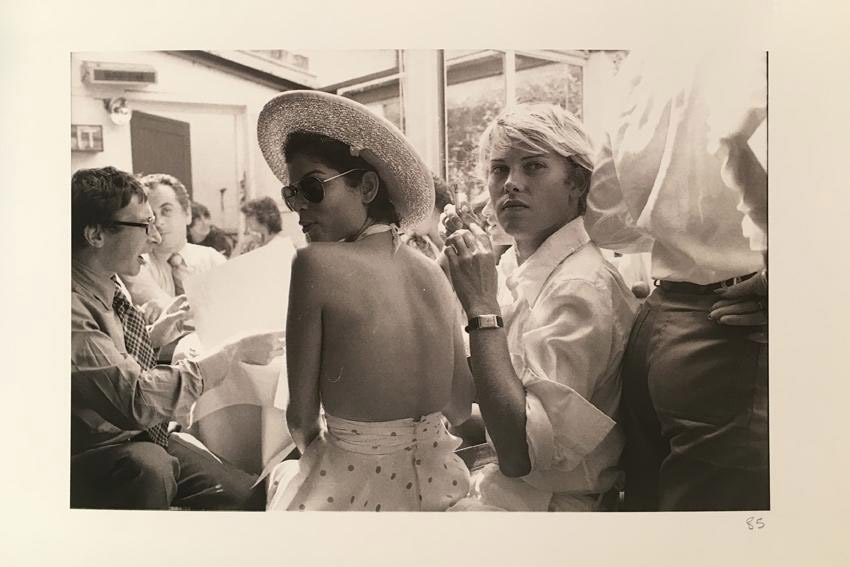 At that time, the world of fashion, film, rock ‘n roll and the arts were alight in London, with no barriers between these art forms or between the people who practised them. “People weren’t pigeonholed,” recalls Dewe Mathews. “You could drift from job to job reinventing yourself; you bought a camera, you were a photographer.”

When Johnny asked Jack Nicholson on the set of Tommy if he could take his picture, the reply was “How would you like me?”. Oliver Reed wanted a photograph to celebrate his ‘drinking partnership’ with his new on-set buddy Keith Moon, an iconic image was the result. “I was an amateur,” says Dewe Mathews, “but I never felt intimidated.” Further historic images followed: Andy Warhol, the polymath filmmaker Derek Jarman, Marianne Faithfull, a self-assured and exacting Freddy Mercury with his band Queen, Pete Townshend, Terence Stamp and David Hockney to name a few.

However, the photographer’s most beguiling subject is the sculptor Andrew Logan, who he first met at the New Art Centre, Sloane Street in 1971. “It was Andrew who started it all,” says Dewe Mathews. “In 1972 he asked me to photograph his friends to accompany an exhibition of his work at the New Art Centre, then based in Sloane Street, London. Now at Roche Court in Wiltshire, I have been invited to show my photographs from that wonderful slice of London history. Yes, serendipity played a part, but the ease with which one could drift from place to place, and from the gifted to the gadfly, made all this possible.”

Johnny Dewe Mathews (b. 1946) qualified as an architect in 1970 and practised in London, New York and Oaxaca, Mexico. He began work as a portrait photographer in London in 1972 and by June 1974 had a solo exhibition at the National Portrait Gallery. He lives and works in London, whilst teaching at the Royal Drawing School.