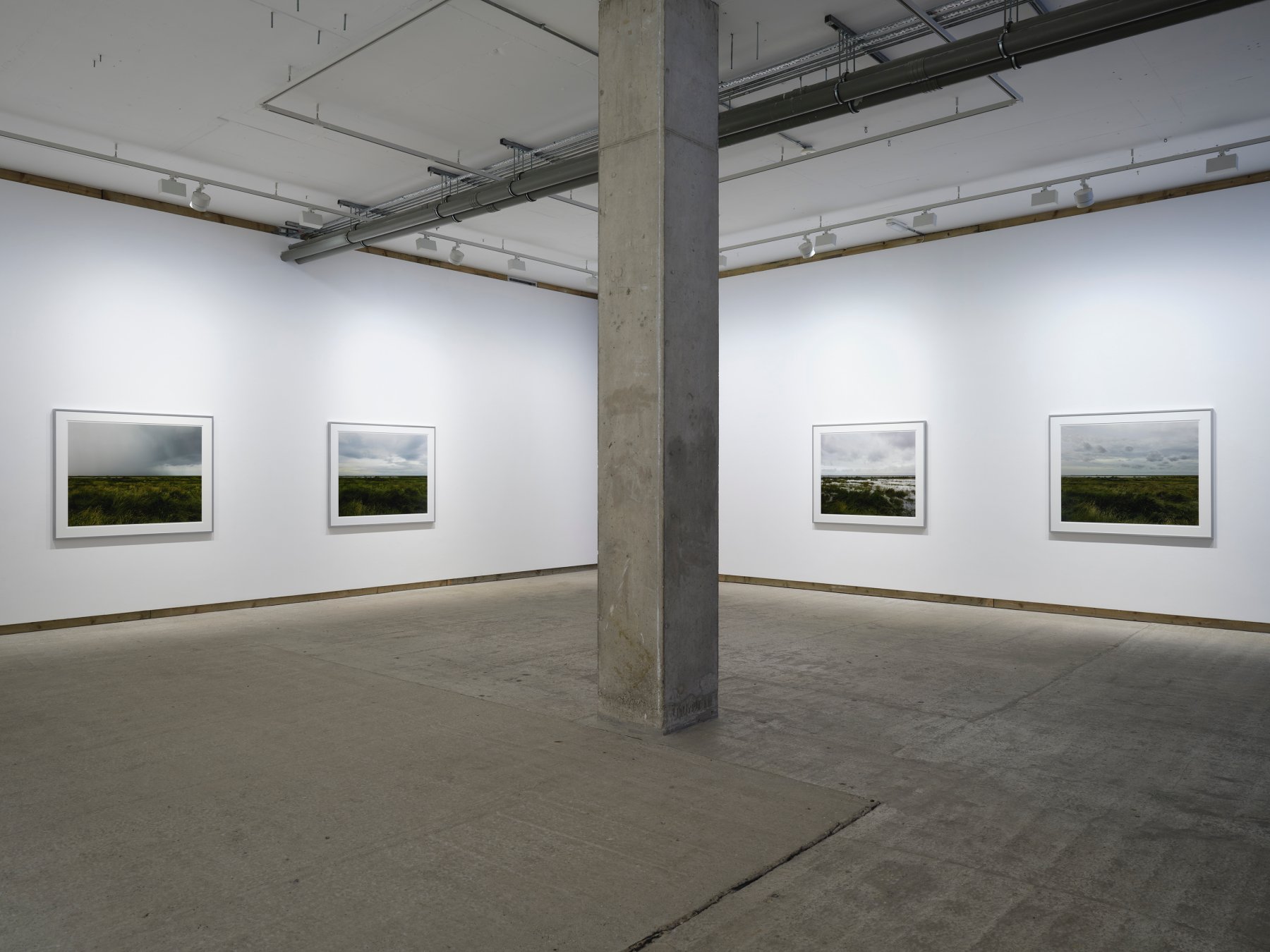 John Riddy shot his new series of photographs from a single viewpoint that looks toward Blakeney Point and the North Sea along the Norfolk Coast Path. Though seemingly remote, the subject of the Blakeney series is not only a place that Riddy has visited for over 30 years but a common walking path and an everyday experience for thousands of people. The horizon, which carefully bisects the composition in each picture, indicates a shingle ridge that protects the marsh from the North Sea. The ridge is disrupted by a single building known as the Watch House, originally built in the nineteenth century as a lookout for smugglers. For Riddy, this particular viewpoint, and its description in a series of photographs, is informed by an accumulation of his impressions and his deep familiarity with the setting.

While Horizon presents a new body of work and subject matter for Riddy, the series adopts formal and thematic tropes found in earlier works. The equal division between land and sky, for example, echoes the composition of the New York (Black Star) series (2016), taken from a hotel window, looking out across Manhattan towards the Whitney Museum. Indeed, both bodies of work also capture a single viewpoint in meticulous detail as it changes over a period of time ­– for Black Star, a series of pictures over 24 hours; for Blakeney, the series was made over two years. Each resulting photograph is attached to a specific moment, tracing the effects of time, weather and shifting light, describing those temporal changes in silence and stillness.

Also evident in Horizon is Riddy’s preoccupation with the history of art and photography. The influence of Gustave Le Gray, whose nineteenth-century photographs of Palermo inspired Riddy to take a series of the same city between 2012–16, may be found in the division of land and sky, while references to landscape painters such as John Constable, Antoine Watteau and Caspar David Friedrich link the Blakeney series to the artist’s early training as a painter.