David Richard Gallery presents the exhibition John Mendelsohn: Dark Color Wheel Paintings, that focuses on a series created in 2022 in his second solo presentation with the Gallery. 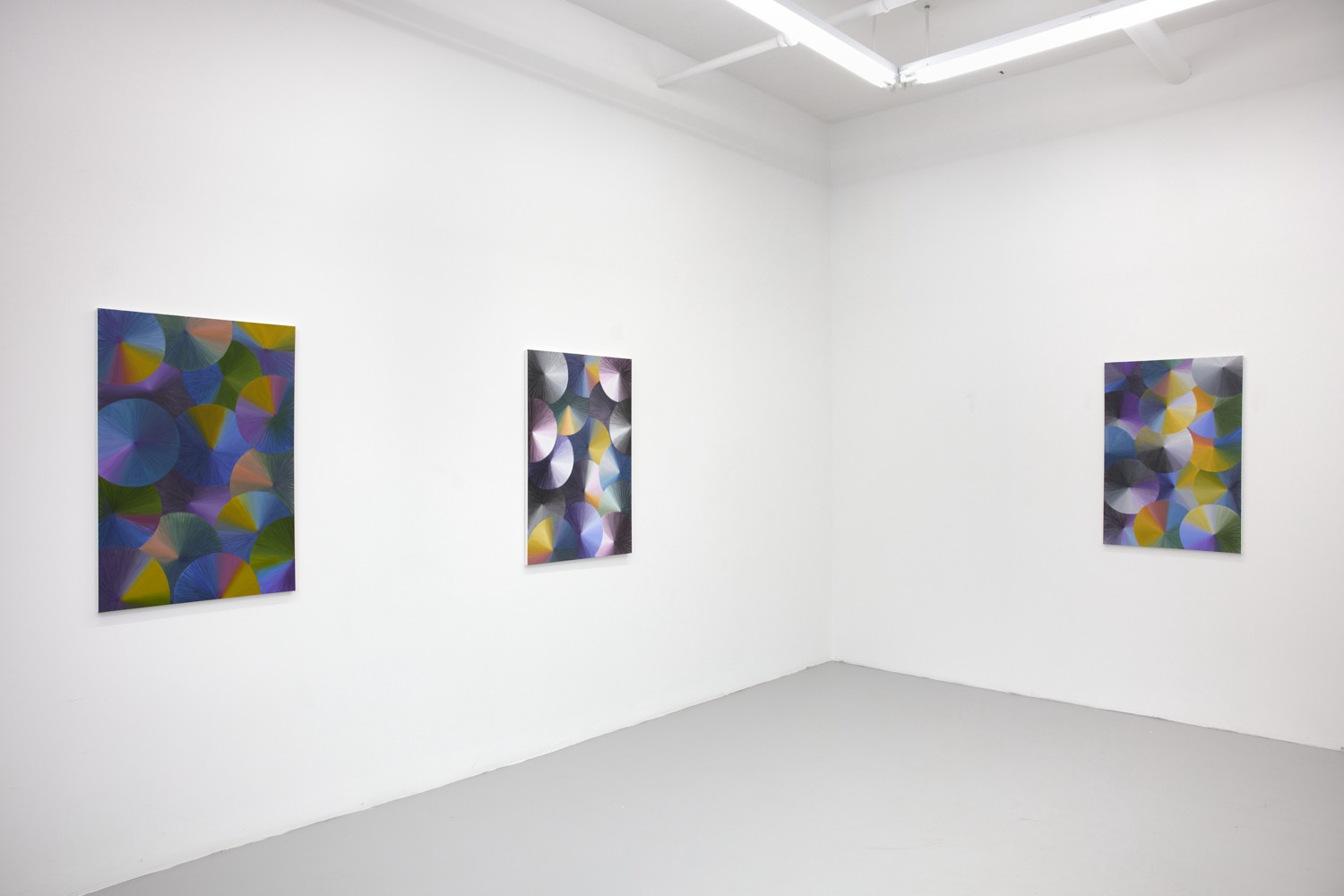 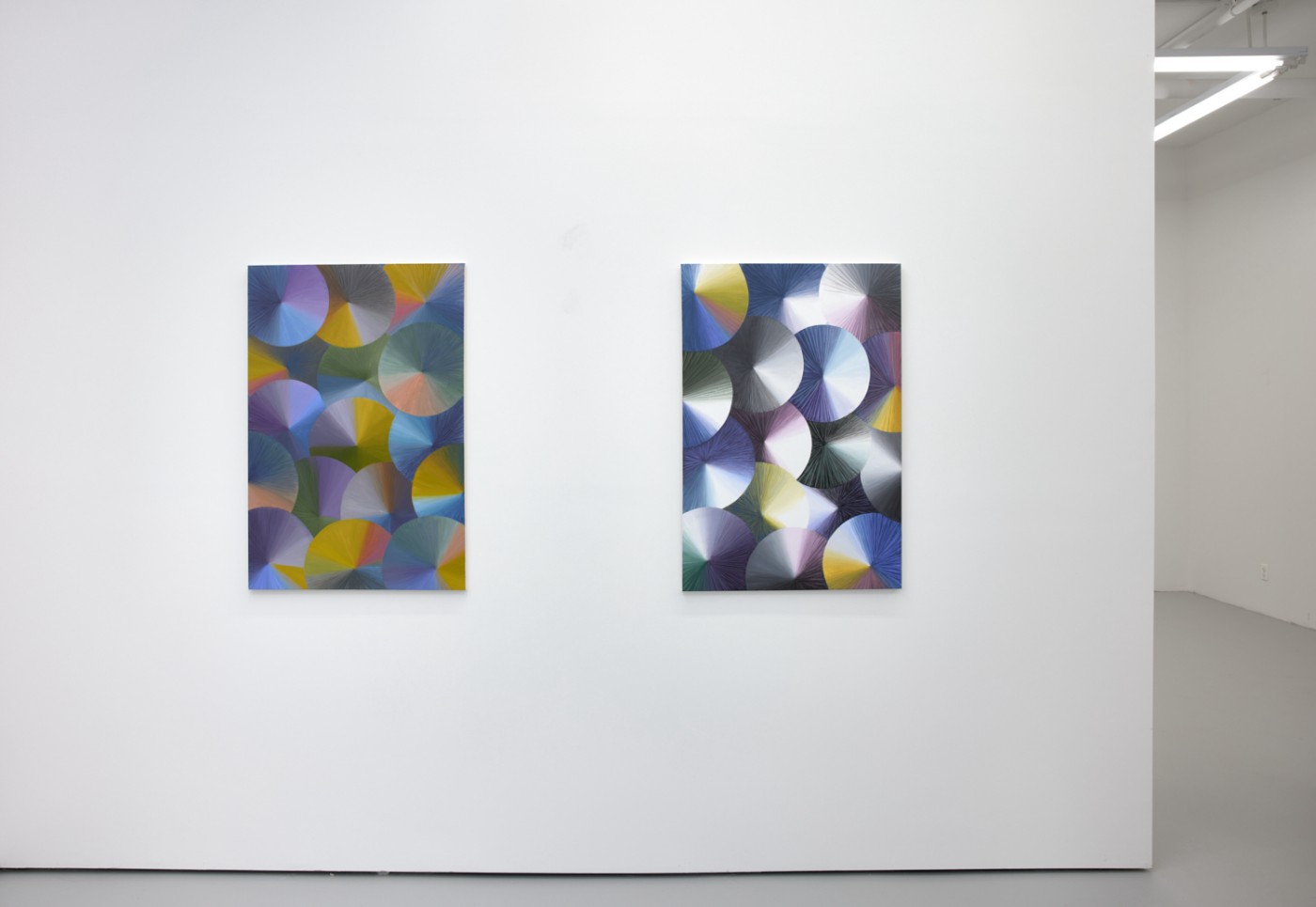 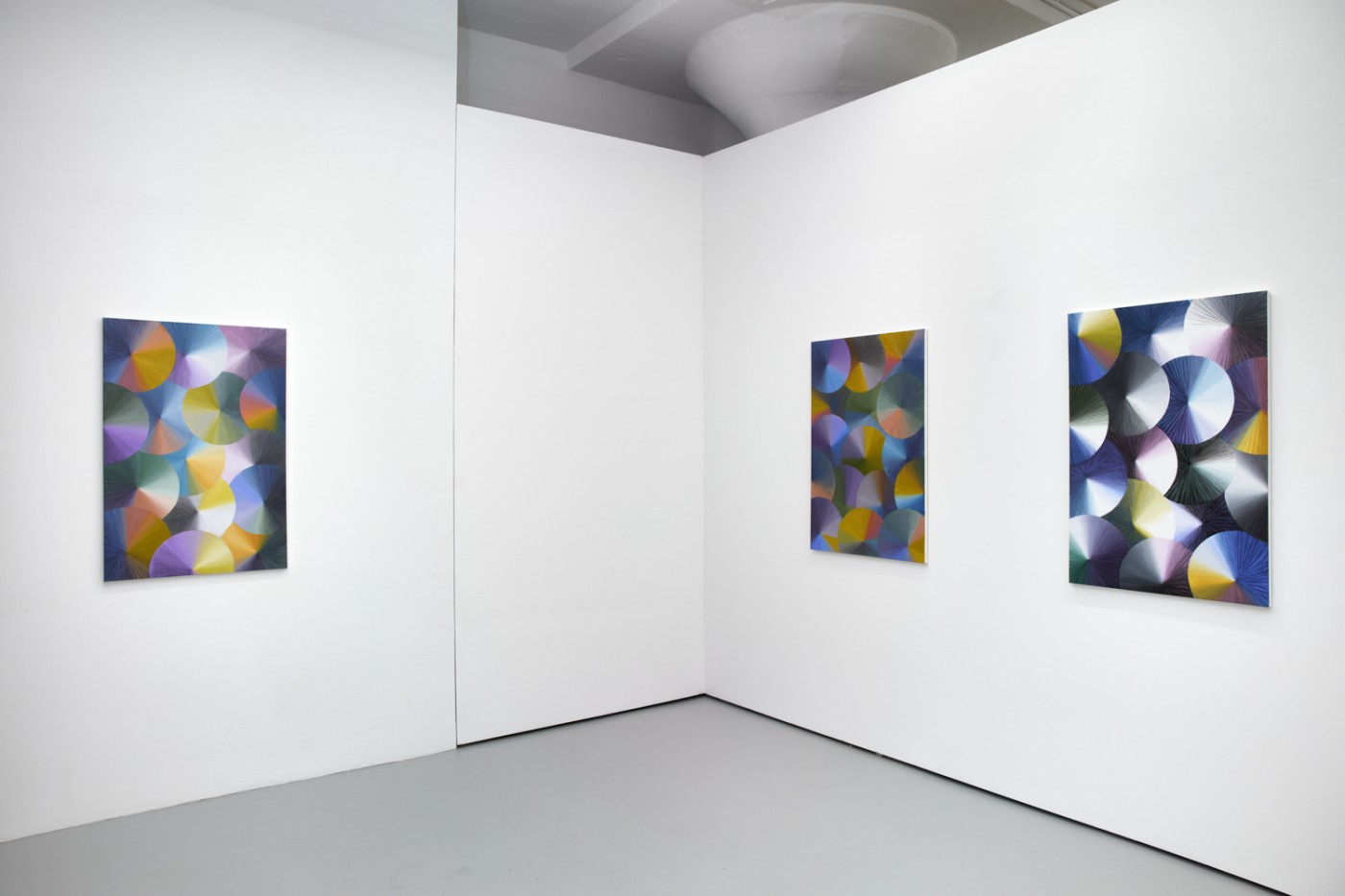 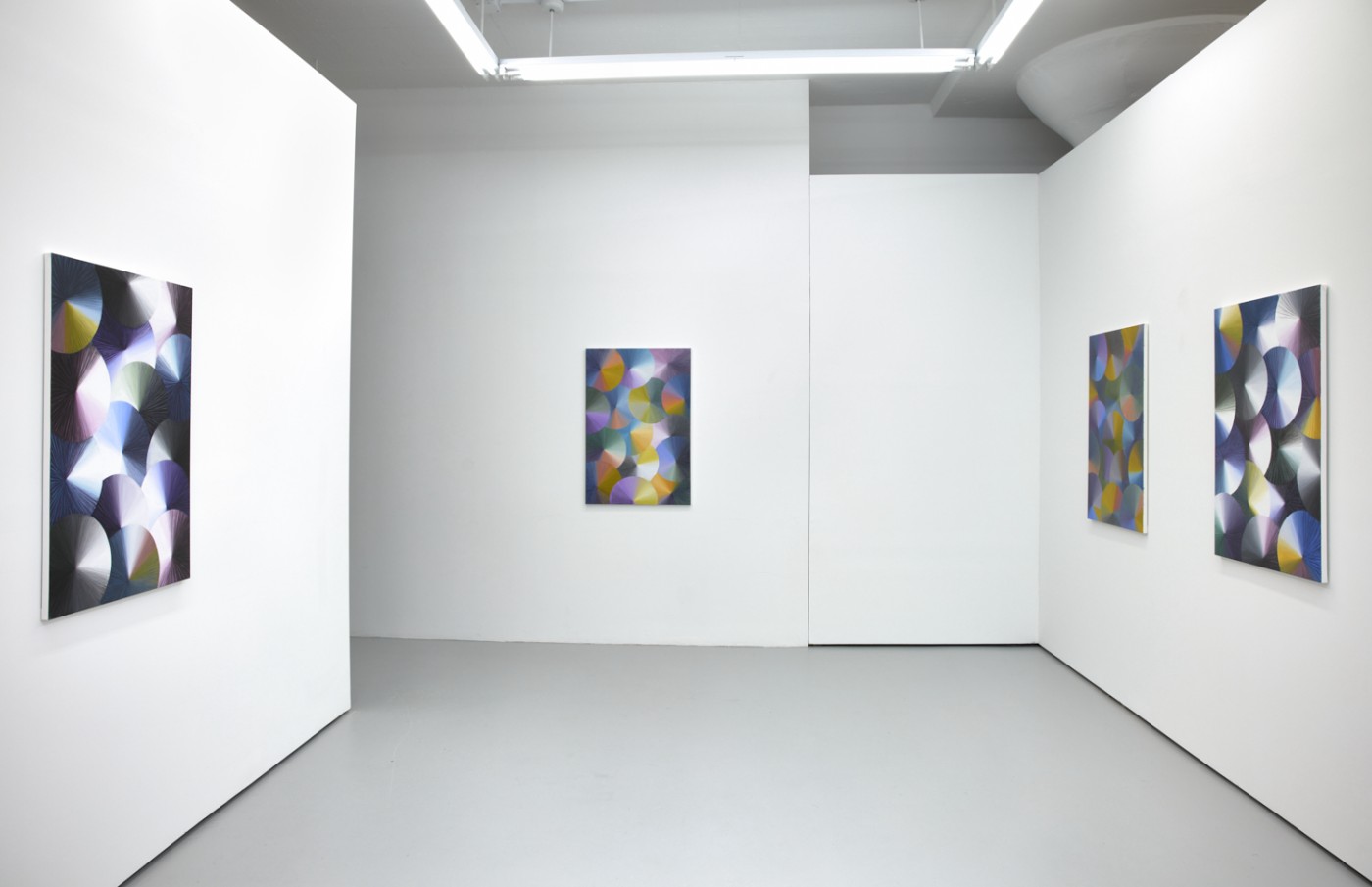 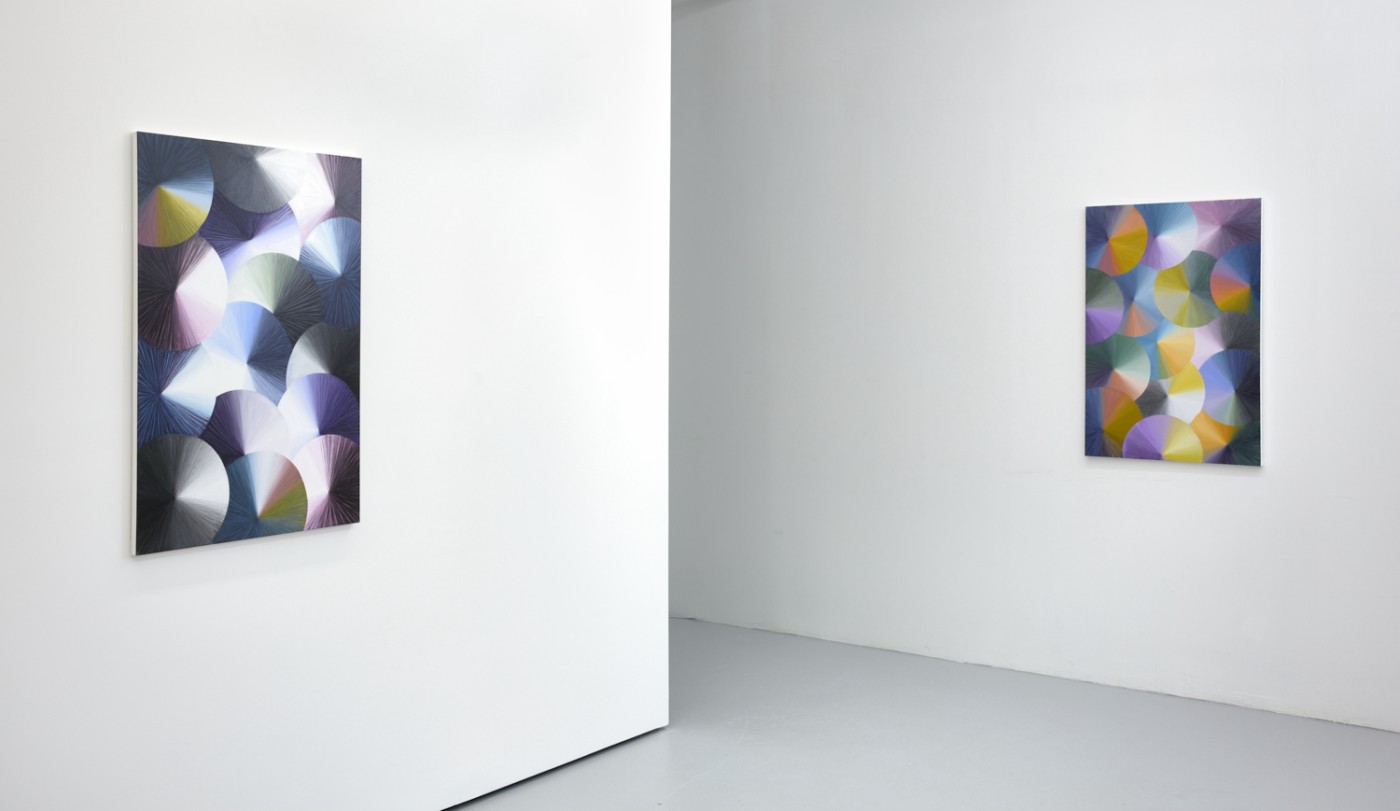 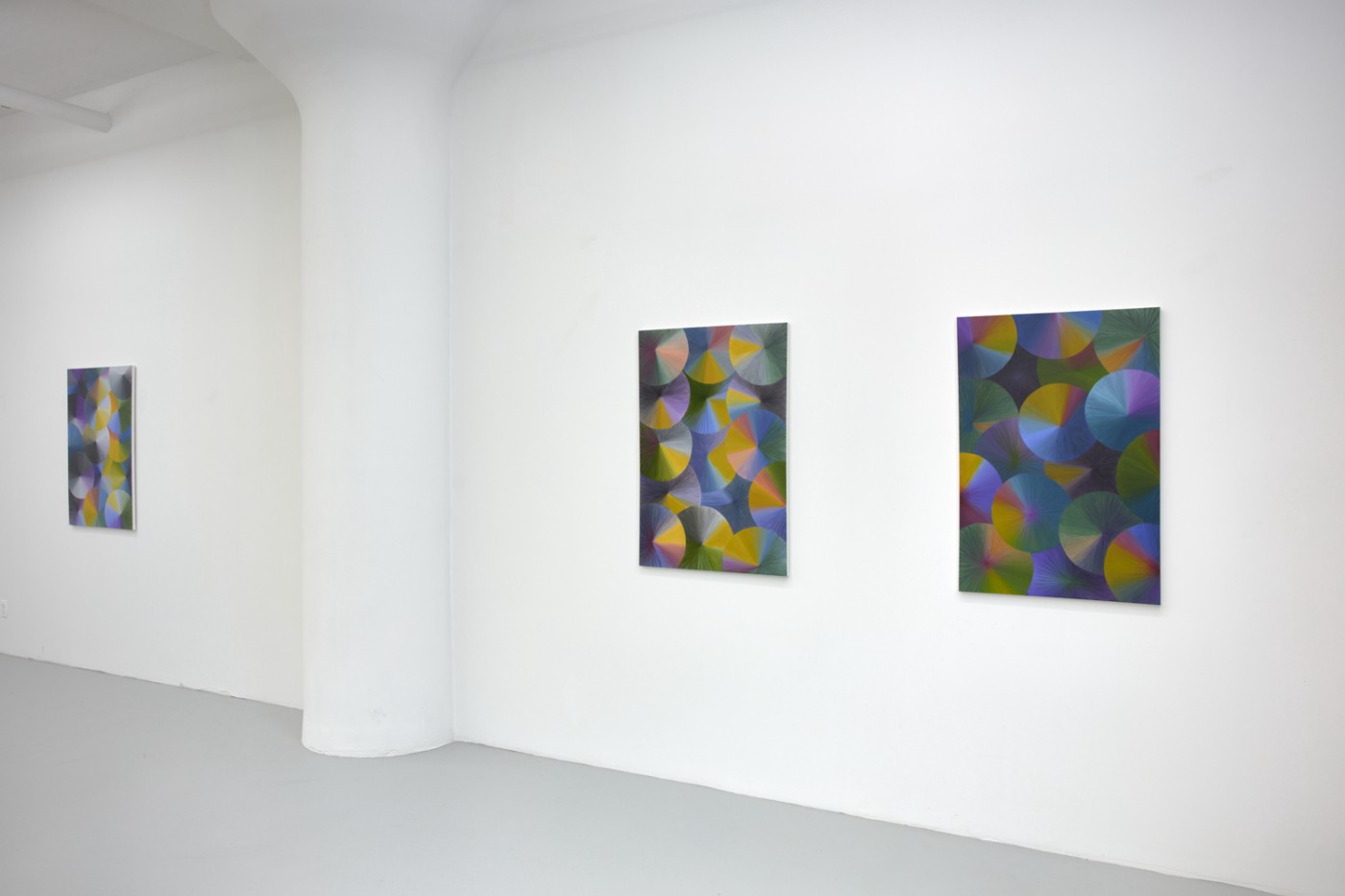 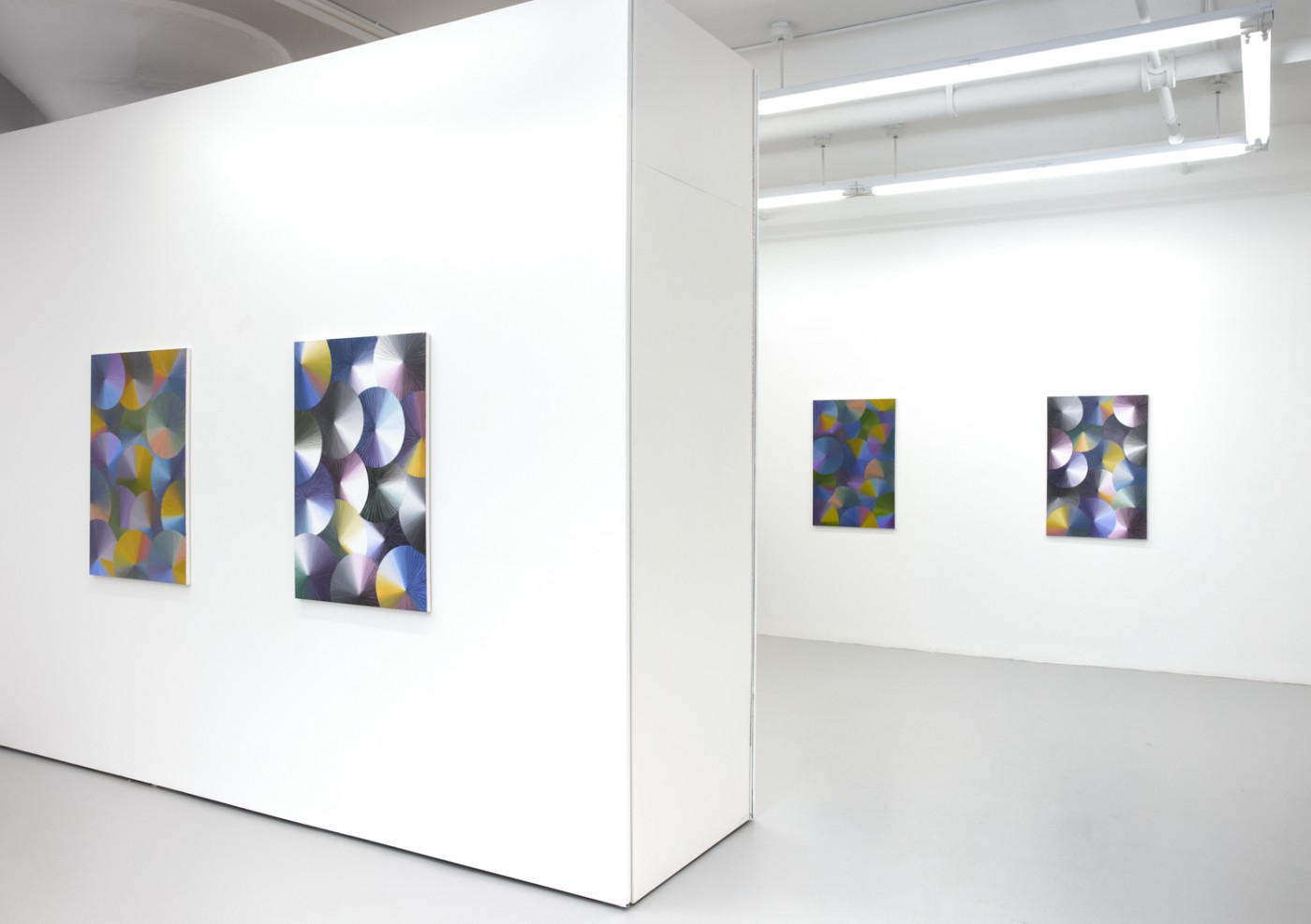 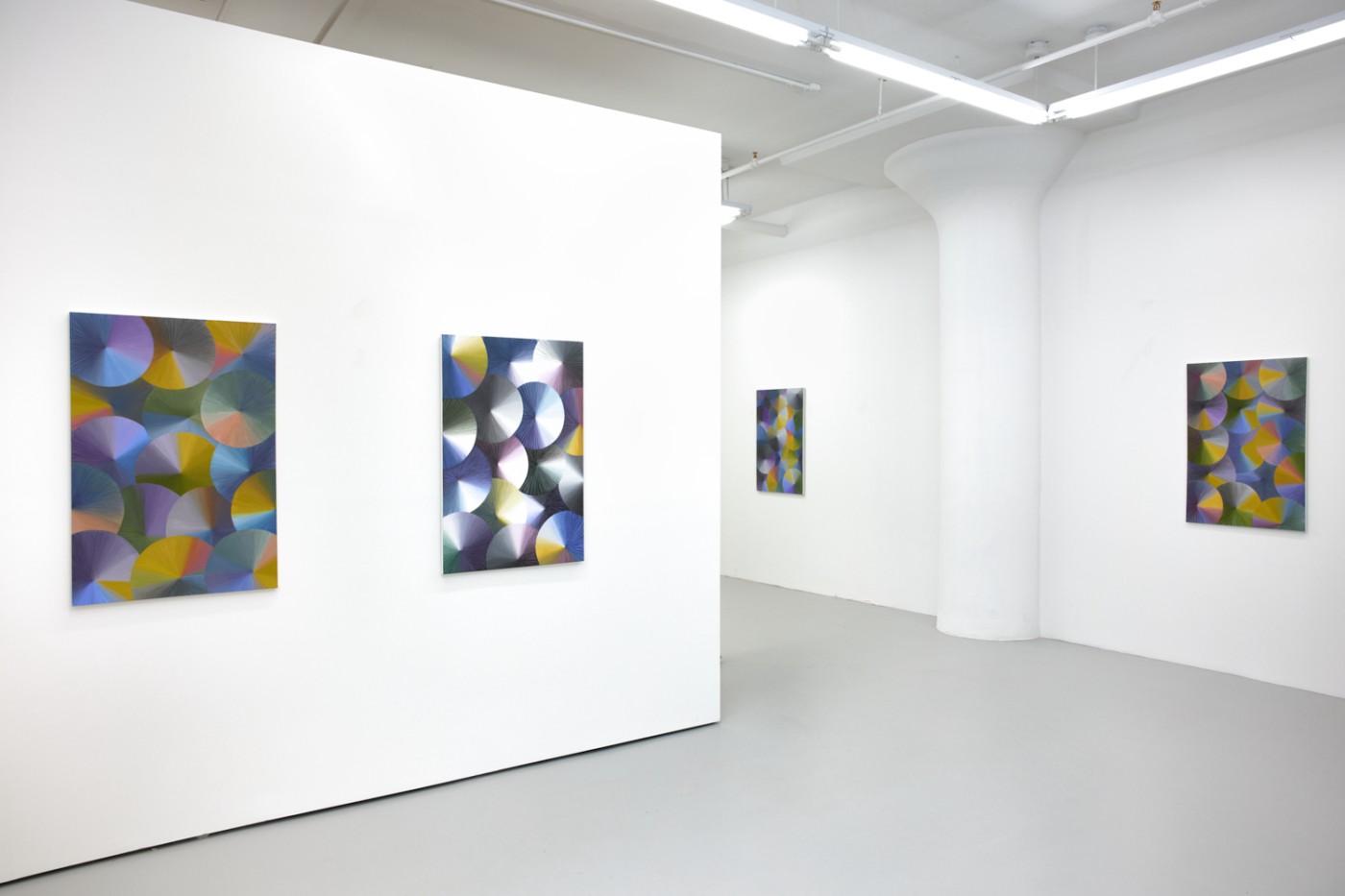 The paintings’ undertow of feeling arises from their array of gradated discs, distinctive color palette, and sense of shifting light. In these works, we have the uncanny sense that we have entered an imaginal space that is both abstract and yet somehow tangible. A poetic motive for the paintings was the phrase “a song of flowering and fading”, conjured up by the paintings’ radiating forms, that suggested to the artist a way to consider the splendor and shadow pervading everything.

The paintings, acrylic on canvas, 40×27 inches, follow the artist’s Color Wheel series that were exhibited at the David Richard Gallery in 2021. Like the earlier series, they have discs with rays of color projecting from their centers. The form suggests a color wheel, a device that shows color relationships. Here, the colors do not follow the spectrum but rather reveal myriad, surprising color progressions.

A palette of colors recurs and subtly changes through the twelve Dark Color Wheel paintings. Lower saturation hues resonate in a minor key, playing off against exuberant, purer hues. Sequences of primary colors contrast with bruised purple, olive green, slate blue, and Sulphur yellow, that in turn devolve into tinted grays and blacks. Color in these paintings is by turn lyrical, astringent, and ultimately mysterious.

A sense of variable light that seems both to emanate and reflect from the discs, exists in concert with the unexpected color relations. The light varies from a soft atmospheric haze to a glowing beacon, to a cold blaze of white. The persistence of light against encroaching darkness constitutes one of the central motifs in these works. It helps to evoke these paintings’ mood: an unstable mixture of melancholy and brightness – a sense of inevitable waning consorting with beauty that is a fugitive, saving grace.

The discs and rays suggest many associations beyond color wheels: flower forms, the movement of time, the wheel of life, the piercing appearance of the miraculous in the everyday.

In a video interview with David Eichholtz in January 2021, Mendelsohn mentioned three things touching on the impetus for the Color Wheel paintings: “The first was a dream I has as a child, a wonderful dream, in which I entered a golden chamber with turning golden wheels, like a clockwork’s interior. Second, there was a visit to the hospital to visit a friend who was at the end of his life. He said to us that he saw spinning discs, but that only he could see them, not us. Third, while conducting an art workshop at a senior center, I was teaching a participant how to paint flowers with dark centers.”

He has been working on cycles of paintings since the 1970’s, creating what he has termed “an architecture of images” – individual paintings becoming a collective presence and transform a space.

In this exhibition, the Dark Color Wheel paintings create a conversation between contrasting chromatic experiences and modes of feeling. Although each work is distinctive, they have in common a set of forms, a palette, and a sense of continual change. Together the paintings amplify each other, creating an expanded context for seeing.

Over the past four decades, Mendelsohn’s work has explored shifting visual movements and optical excitations. A sense of instability in the paintings comes in many visual forms – radiance, turbulence, moiré patterns, waves, and phantom forms – activated by the manipulation of paint and other mediums by combing, wiping away, marbleizing, dispersion, and other techniques.

The paintings have drawn on a variety of models, including minimalist music, the fluid dynamics of water, and textiles such as ikat. Color has been a central element, whose relationships create unexpected harmonics and overtones.

Mendelsohn’s exhibitions have been reviewed in the New York Times, Art in America, Hyperallergic, The New Criterion, The Huffington Post, Arts Magazine, Artnet, and d’Art International Magazine. He received a BA from Columbia University, an MFA from Rutgers University, and participated in the Whitney Museum Independent Study Program. He has received grants from the National Endowment of the Arts, the Tree of Life Foundation, and the Café Royale Cultural Foundation. He has written about contemporary art for many publications.