John Knuth: The Origin of the New World

John Knuth: The Origin of the New World

“The fly paintings are a microcosm of the real world. If you take a million people and confine them to a tight space something magical and transcendent happens. That’s New York City. That’s also what’s happening on the canvas.” -Los Angeles-based artist John Knuth. 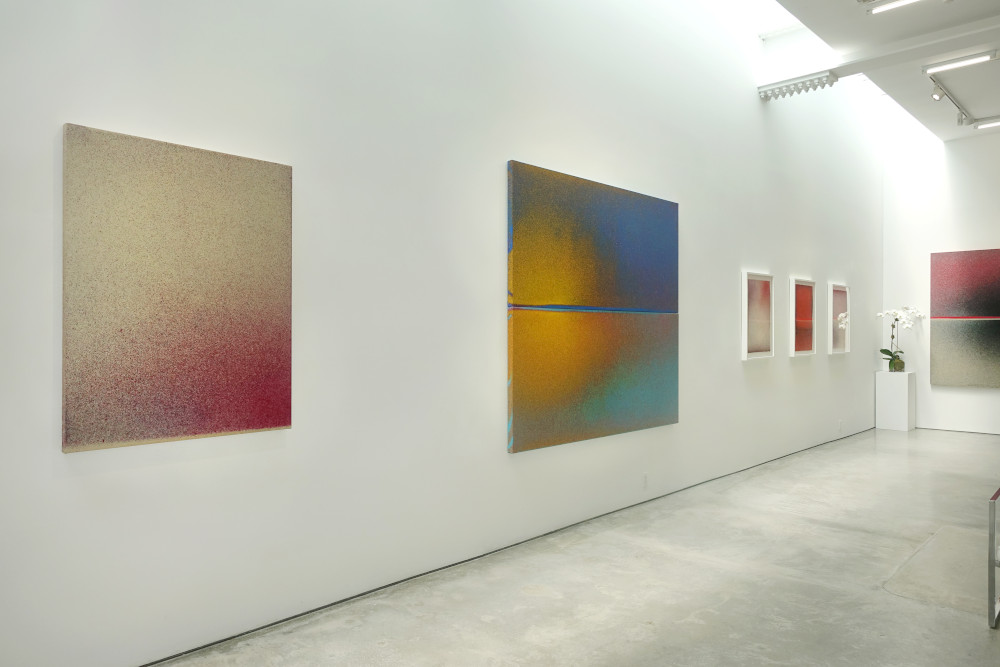 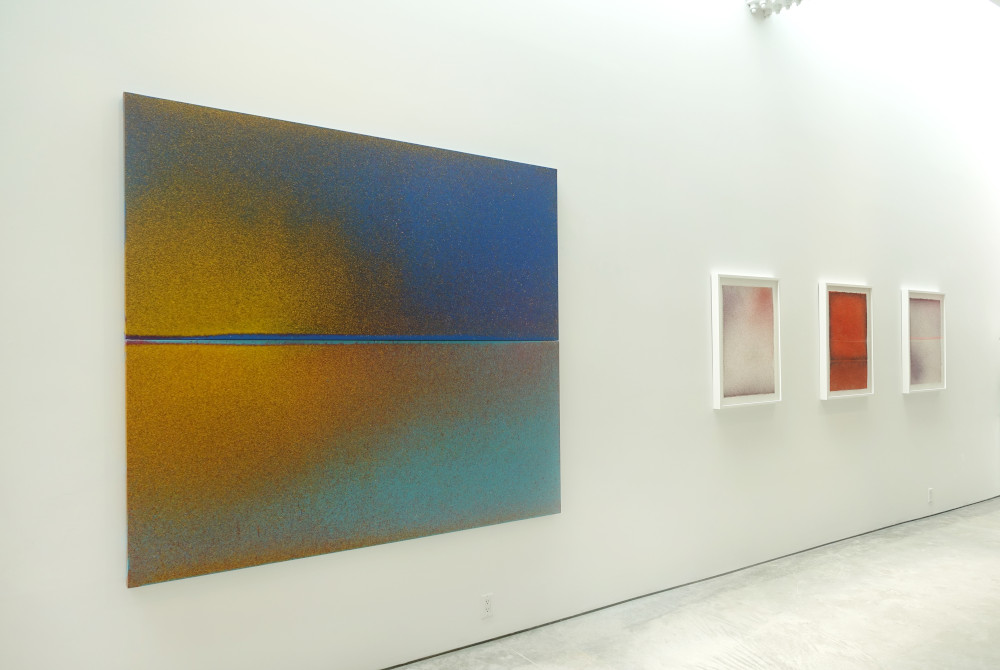 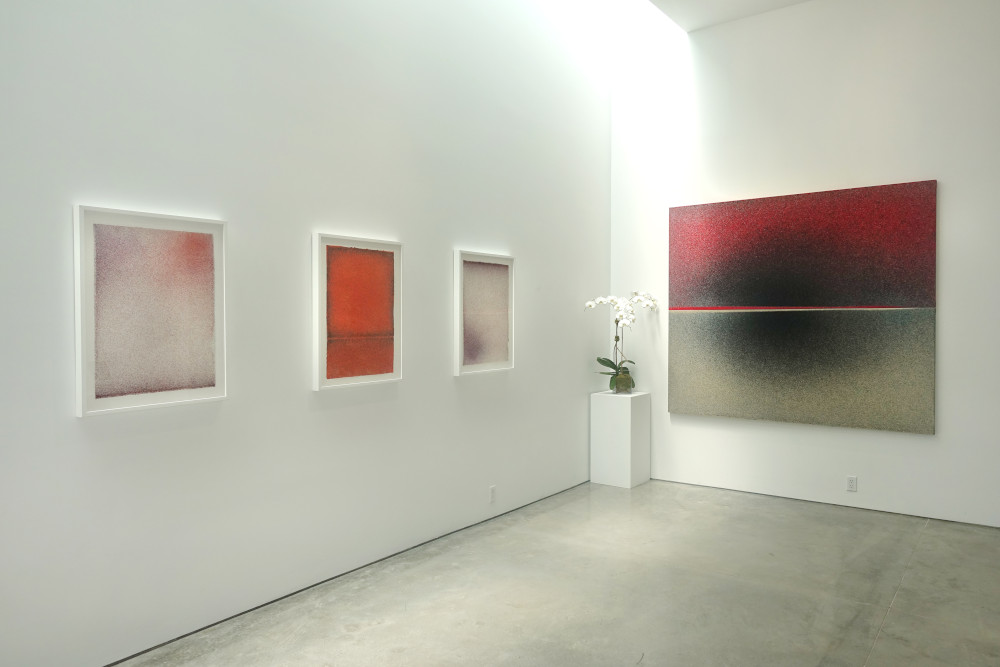 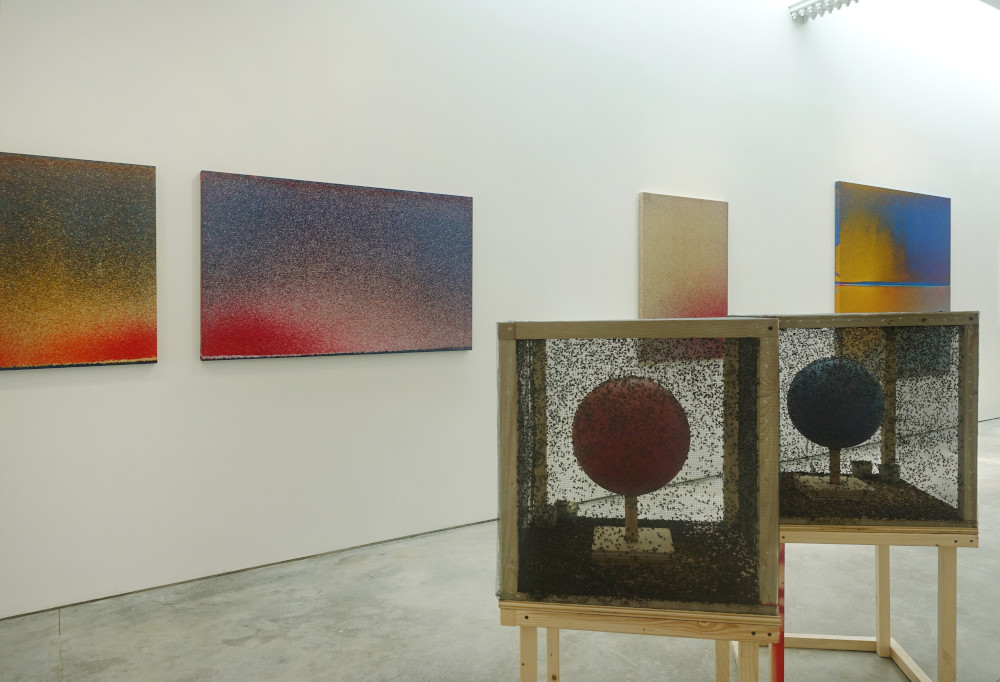 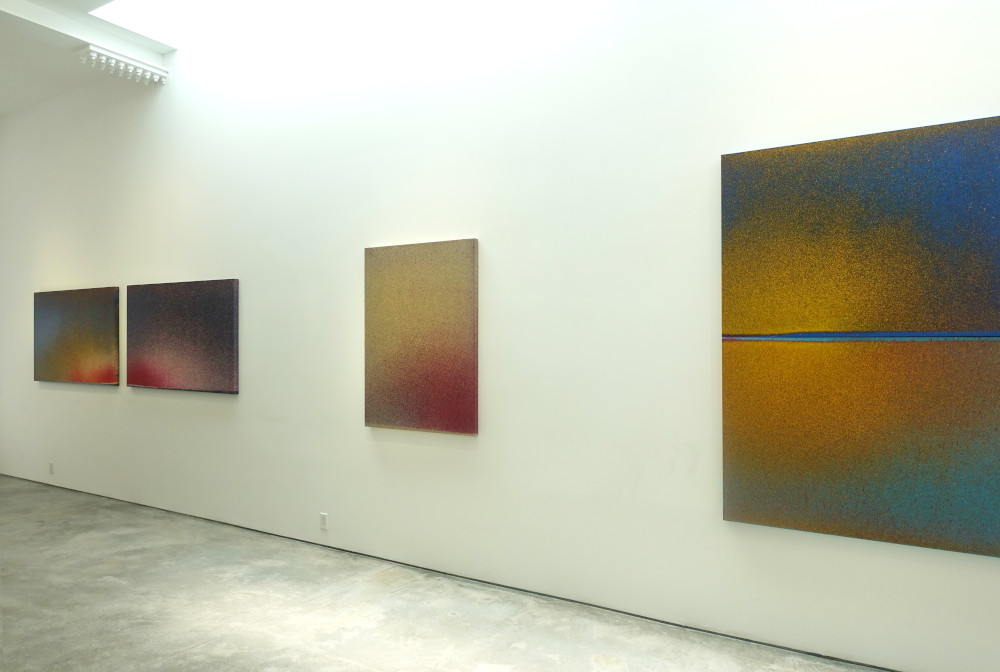 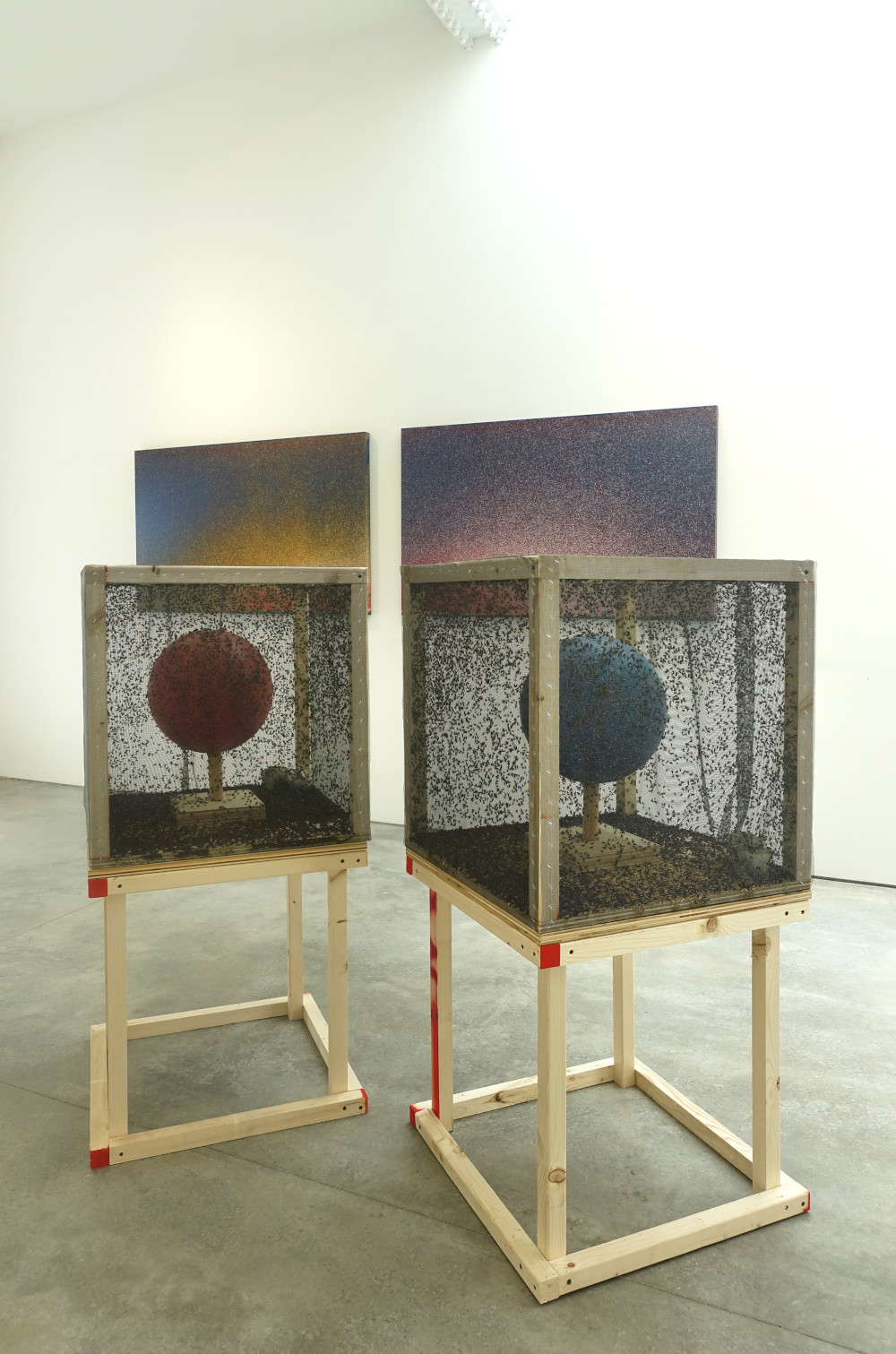 The artist is recognized for his engagement with environmental concerns and a singular use of fly regurgitations to produce vibrant and seemingly luminescent abstract paintings. The exhibition at Hollis Taggart, which is curated by independent curator and art dealer Paul Efstathiou, features a selection of new “fly paintings” and also debuts a three-dimensional globe format for Knuth’s fly works. As part of the presentation, and to highlight Knuth’s process, several of the new fly globes will be made through the duration of the show.

“I have always been fascinated by and taken inspiration from artist Gustave Courbet, and in particular his focus on portraying the realities of the common man. For me, this is where the fly paintings begin, with the fly serving as a stand-in for man and the final painting encapsulating what can be created when we work together. At the same time, human production has, and continues to, rapidly reshape the world, in ways that we cannot yet fully understand. Exploring the ramifications of that change, particularly to the natural landscape, is another important underlying theme to the fly works and to my practice at large.” -Knuth

Knuth first gained attention for his fly paintings in 2013 when The Museum of Contemporary Art, Los Angeles made a documentary that explored his leveraging of the biological processes of flies to create abstract landscapes on canvas. Flies are in a constant state of regurgitation—each time they land on a surface they spit out an enzyme that allows them to liquefy their food so it can be consumed. Here, Knuth saw an opportunity to explore how an ordinary daily occurrence could come to represent much larger ideas about creation, collaboration, and monumental change. To make these works, Knuth began constructing cages, which he lined with primed canvas and into which he released hundreds of houseflies. Fed a mixture of acrylic paint and sugar water, the flies produced hundreds of thousands of colored specks on the canvas. Over time, Knuth has honed the process, giving him incredible control over the coloring and final effects of the paintings. The vividly-colored, incandescent paintings, which belie their origins, highlight Knuth’s incredible ability to transform what at first may seem base into something that is both aesthetically beautiful and complex in its conceptual underpinnings.

“I live in Los Angeles, so I spend a lot of time in the car. It gives me a lot of time to think, but also to look out at the metropolis that is my adopted city. I see how as the city continues to build and expand, we are altering the landscape. We’re creating something new but we’re also leaving a scar. There’s a fine line between the beauty of innovation and the decay that it can and does reap. The fly paintings are about the mark, literally and metaphorically. Singularly, one fly speck doesn’t mean much, but together—there’s an impact, whether good or bad.” -Knuth.

For The Origin of the New World, Knuth took his inspiration from New York, in particular the many waterways that surround the city and that have made it an essential global hub. As such, the color palette for the show is largely based in hues of blue, with shimmering, metallic undertones to mark the light and structure of the city. The exhibition will feature new large-scale paintings—some of the largest that Knuth has ever created—as well as several three-dimensional globes, which represent a new format for the artist’s fly work. The globes are a clear and direct reference to the earth; their blue coloring connoting large expanses of water. Conceptually, the show captures the tension between the natural and the man-made, and the ongoing changes to both.

“With the globes, I wanted to bring a new format to the approach and dialogue with which I’m engaging. In this case, it’s very literal. We are irreparably changing the earth. With every shining, gleaming new structure we erect, we are changing the climate, the environment, the landscape. I am using an abstract process, but the message is direct. And it needs to be, because there is an increasing sense of desperation. I certainly feel it. So, while I’m dealing a lot with process and its transformative capacity, I’m really most interested in the realities of our world.” -Knuth.

Courtesy of the artist and Hollis Taggart, New York