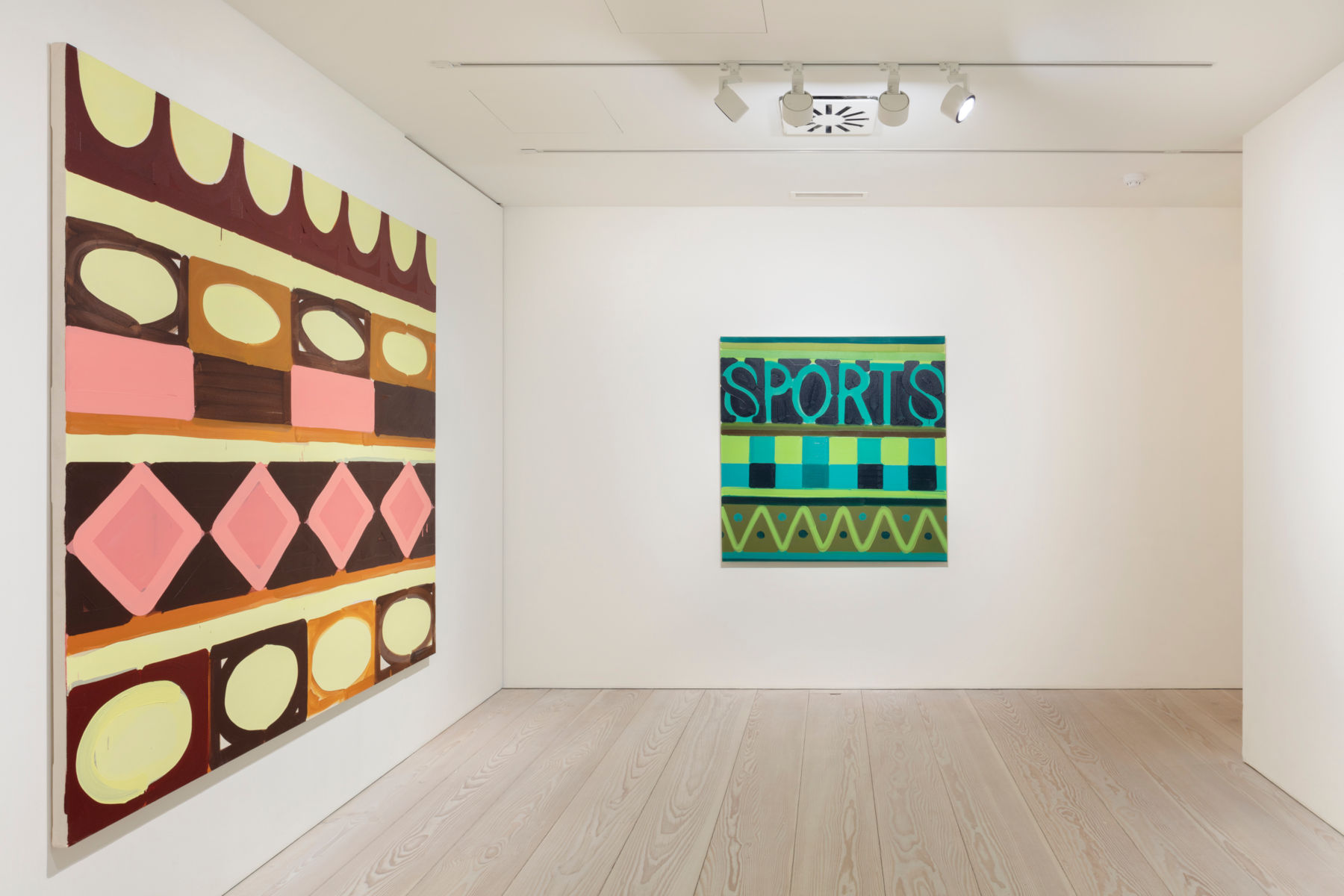 Johannes Hägglund’s paintings contain recognizable pictorial references to objects such as wooden ornaments, rag rags, retro-patterned windbreakers and old items of furniture, yet the core of his work revolves purely around the process of painting. For Hägglund, the motif is of secondary relevance, being mainly a pretext for engaging in the act of painting. He regards painting inherently as a process and leaves traces of its many stages visible on the canvas. Instead of presenting the result, Hägglund reveals an unfolding continuum.

Hägglund has recently added a new element to his paintings: text. The artist had said that the meaning of the words is not the main focus, their function being largely an empirical study of how their physical shapes can be incorporated into the formal composition. Many of his chosen words have double meanings, however, such as the title of the exhibition, Teaser, which might refer to an erotic flirtation, but could also refer to a foretaste designed to pique interest in something bigger. It is indeed details rather than finished certainties that the artist strives to convey in his work.

Johannes Hägglund (b. 1993) is currently completing his Master’s degree in Fine Arts at Stockholm’s Royal Institute of Art. His work has been shown at the bachelor degree exhibition at the Royal Swedish Academy of Fine Arts in 2018 and Liljevalchs Spring exhibition 2017 in Stockholm.