A precursor of the renewal of ceramics in contemporary art, Johan Creten is a key player on the international scene, as demonstrated by his participation in many international exhibitions featuring his work, from the US to Turkey via the Netherlands, France and Italy, among others. 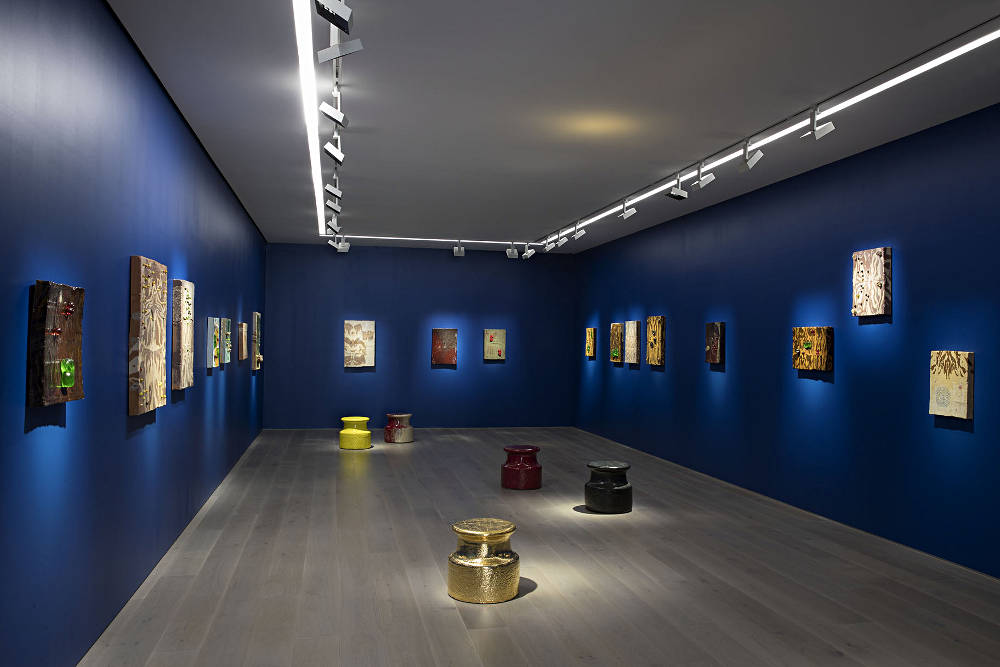 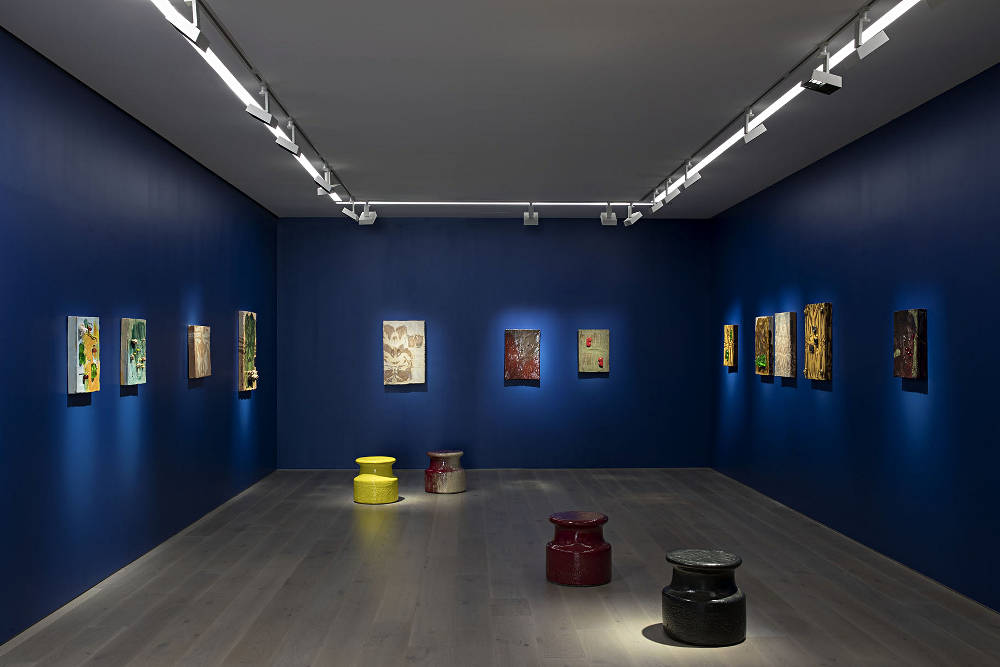 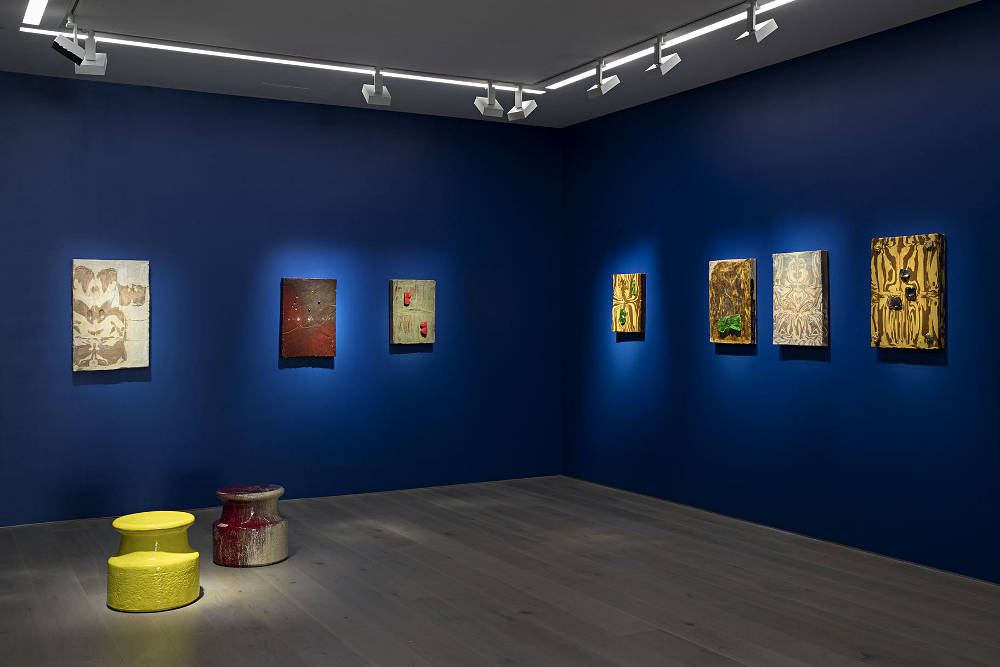 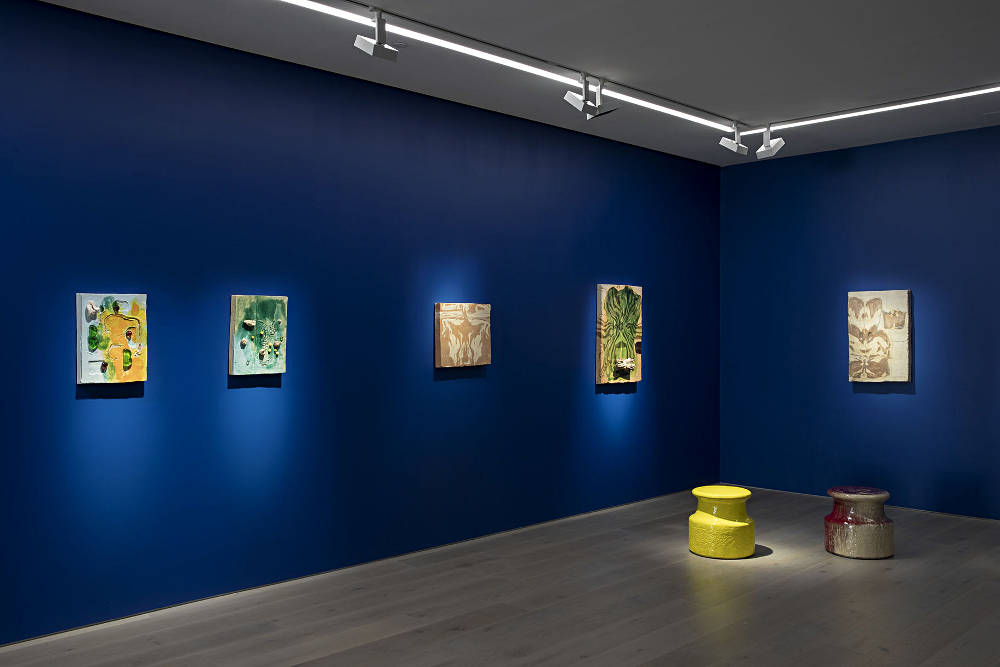 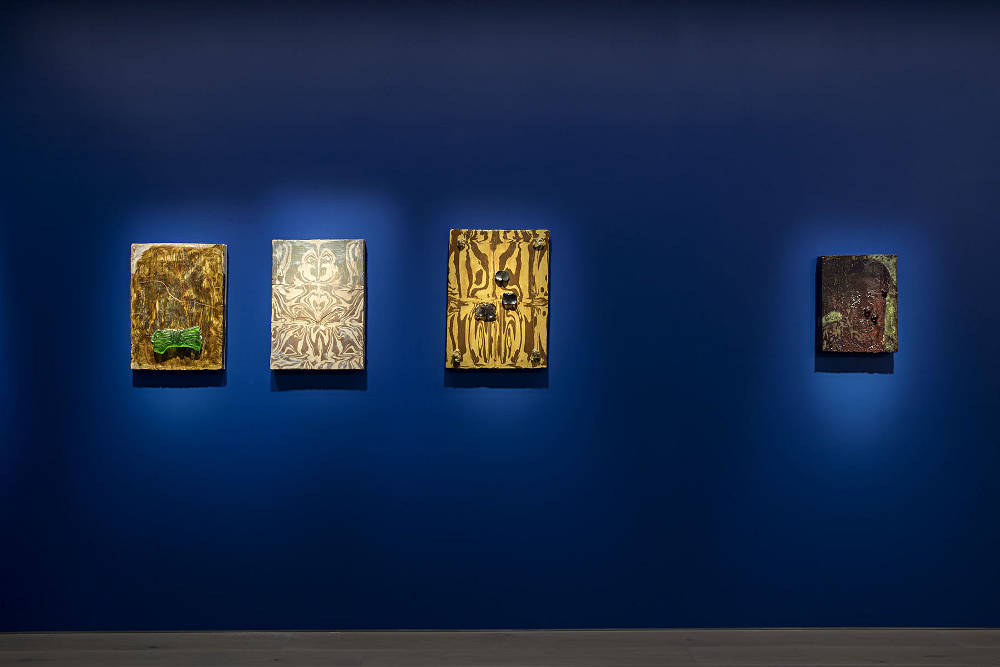 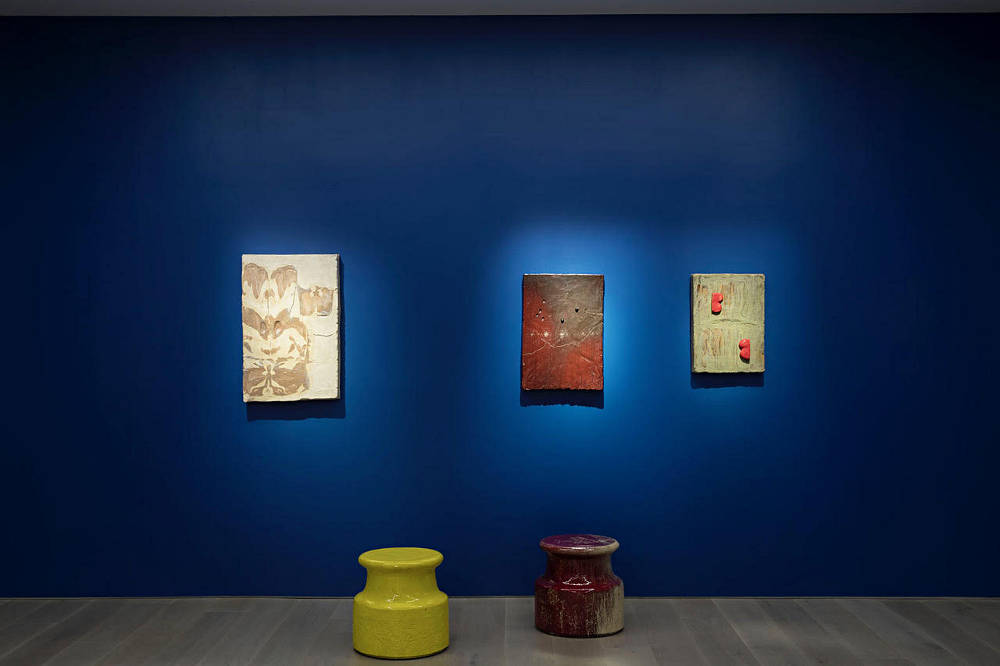 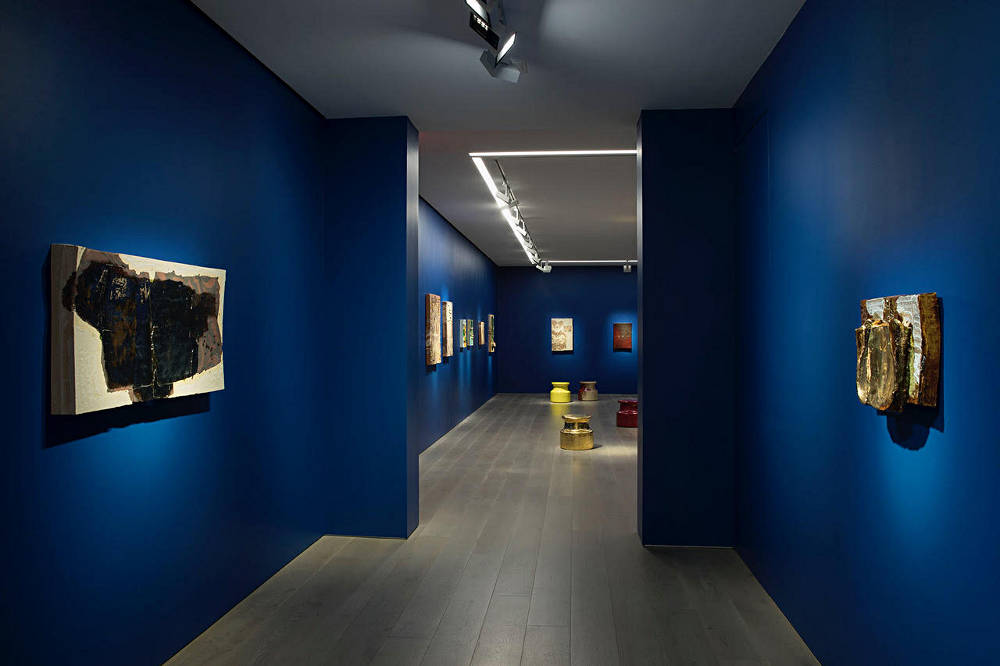 Following in the footsteps of Della Robbia, Paul Gauguin and Lucio Fontana, and standing alongside Thomas Schütte and Karel Appel, the work of Johan Creten fraternizes with many antecedents and is an invitation to redraw a fruitful genealogy, one that is particularly attentive to raw materials – earth, air and fire. With his Alfred Paintings, the Flemish artist reached new heights, like a tightrope walker making his way between sculpture and painting, between the earth and the sky.

Revealed for the first time with this scope, this most important set of 27 pieces titled Alfred Paintings was created during an artistic residency in 2013 at the New York State College of Ceramics of the prestigious Alfred University. That is where Johan Creten conceived these ceramic pieces which, by virtue of their form and format, resemble paintings. In the work of this Flemish artist, ceramics could not be a genre, an end in itself. On the contrary, since it combines clay and pigment, earth and colour, mud and drawing, ceramics enables the artist to tear down walls between genres, to render sculpture and painting porous, to generate unprecedented forms, always on the borders of fields and words – borderline ceramics.

Displaying great technical virtuosity, these pieces combine an incredible number of materials and gestures as well as firing and enamelling processes so that their genesis is similar to a controlled chance, or perhaps to a crystallized intuition. Now three glass elements emerge from a surface that they disrupt (Black Slits), now a crack reveals a work’s strength and fragility as it crosses it (Landscape). One is reminded of Duchamp’s The Large Glass, of course, but also of Pompeian frescoes and of those archaeological cracks that are always threatening to collapse – in vain.

By means of blue engobes, honey reflections, red gleams, green shades and mat brown hues, Johan Creten multiplies the subtle colours and plays like Vulcan with surface effects. Within one and the same work, yellow can turn into orange and infiltrate green before becoming golden and dying light, revealing its substances and its coruscations, revealing its alliances and alloys, giving birth to a thousand black suns and to a thousand and one nights (Yellow). These epiphanic works demand time to be apprehended vertiginously and confirm Creten as a capital representative of ‘Slow Art’.

These sculpted paintings are windows onto the world that remind us that it is not a coincidence if Johan Creten’s roots are in Flanders. These mixed earths, with whose technique he experimented in 1996 at the Villa Medici in Rome, give rise to ineffable forms, now zoomorphic, now anthropomorphic. In them one can detect slits and semantic puns (‘cherries’, ‘faggots’) which convey powerful erotic undertones. A combination of materials, bodies and dermises. But, as is often the case in Creten’s work, the political dimension is not lacking. These marbled skins are a Map of Tendre in which the world’s fragility and precarity are inlaid. As they impose slowness, patience, reflection, as they disarm prejudices and defuse commonplaces, these Alfred Paintings are assuredly manifestos for an engaged beauty.