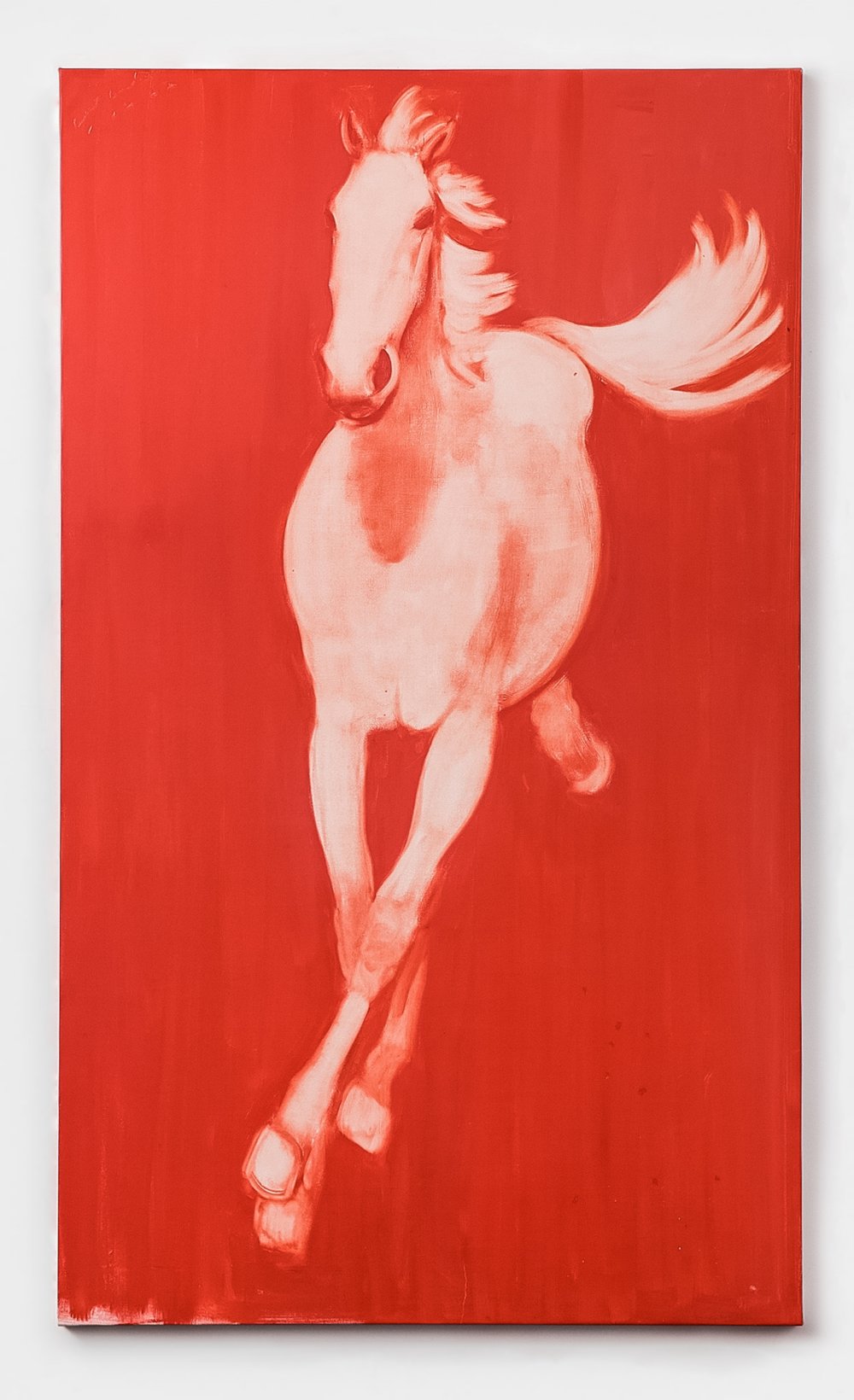 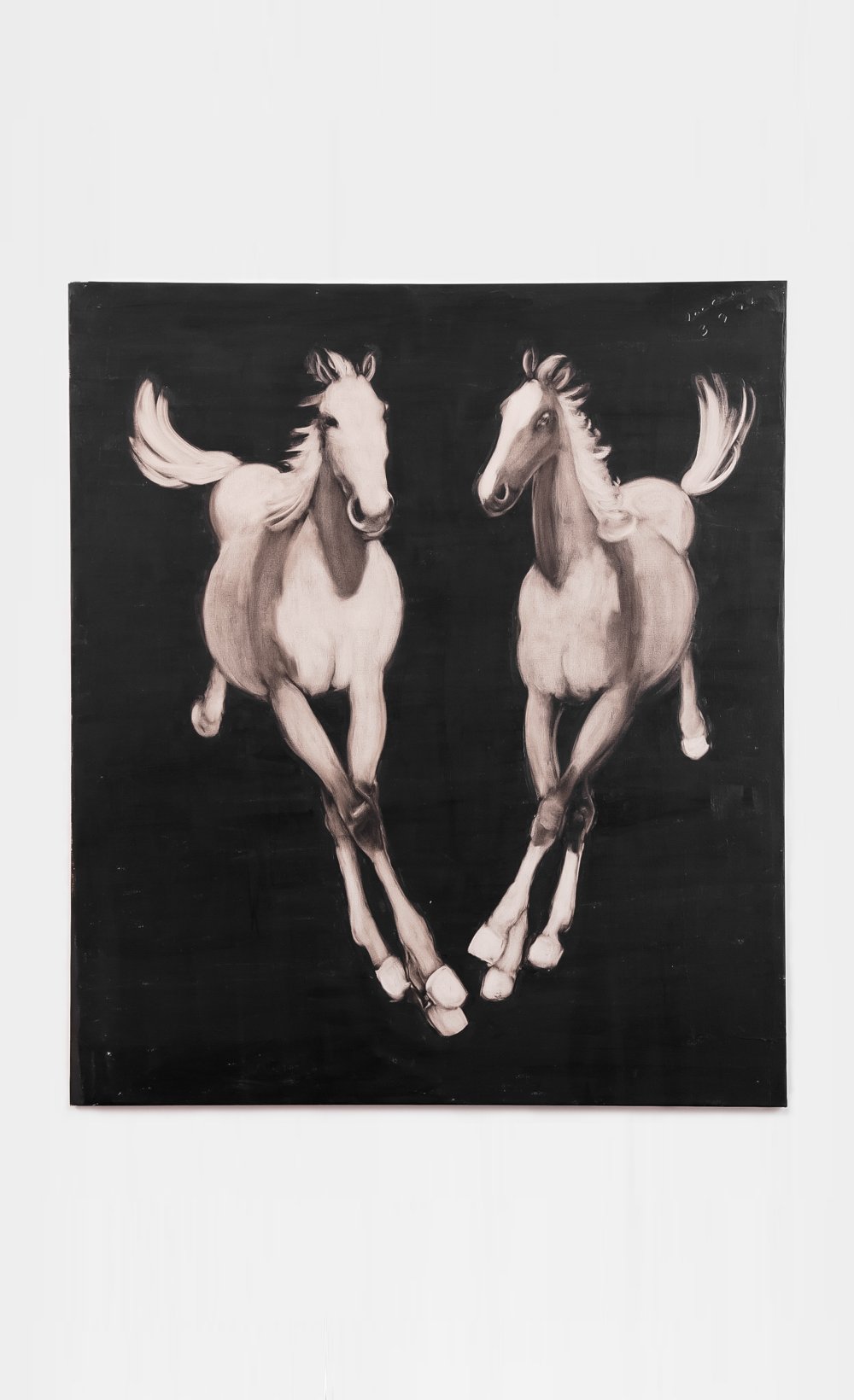 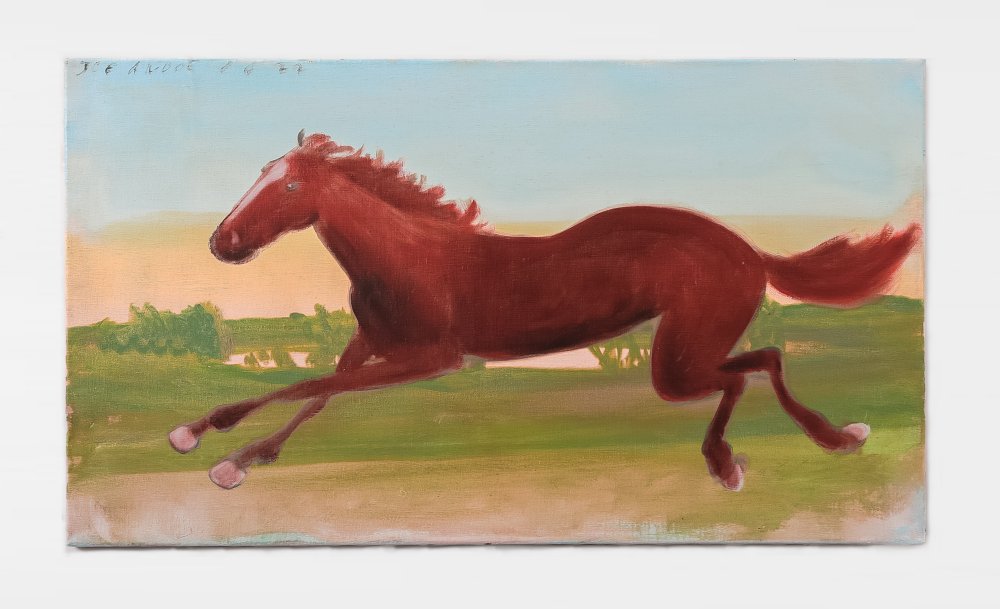 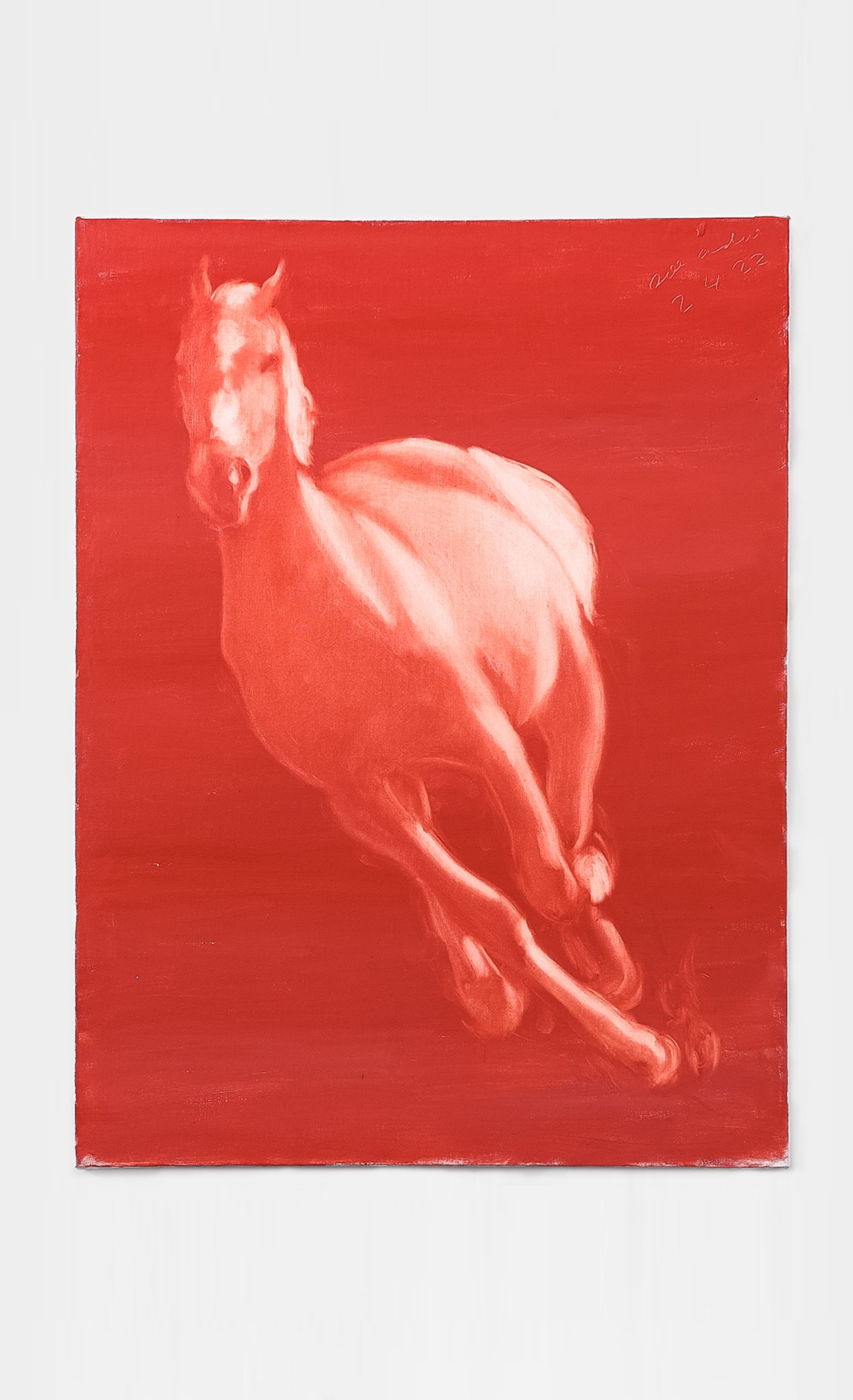 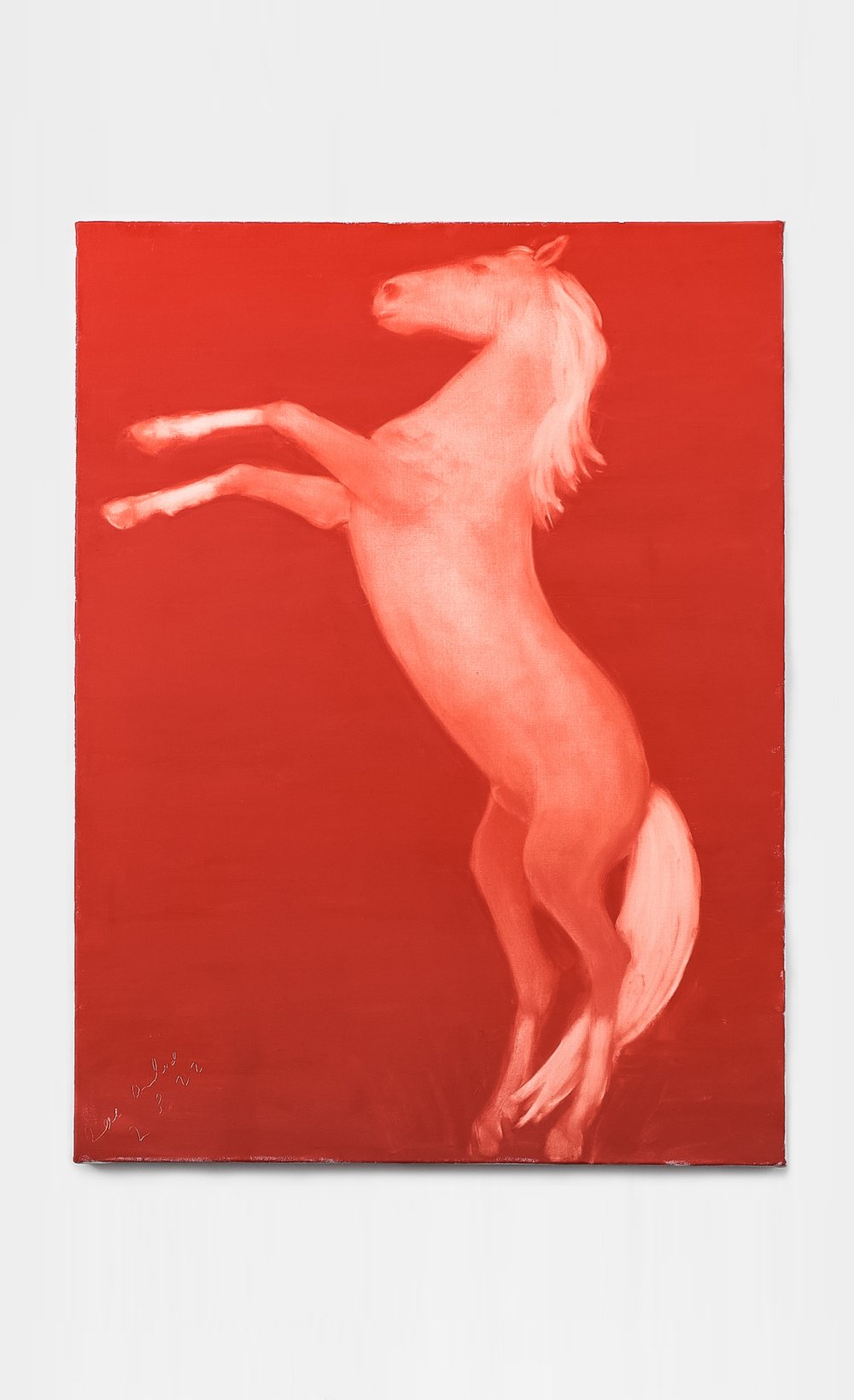 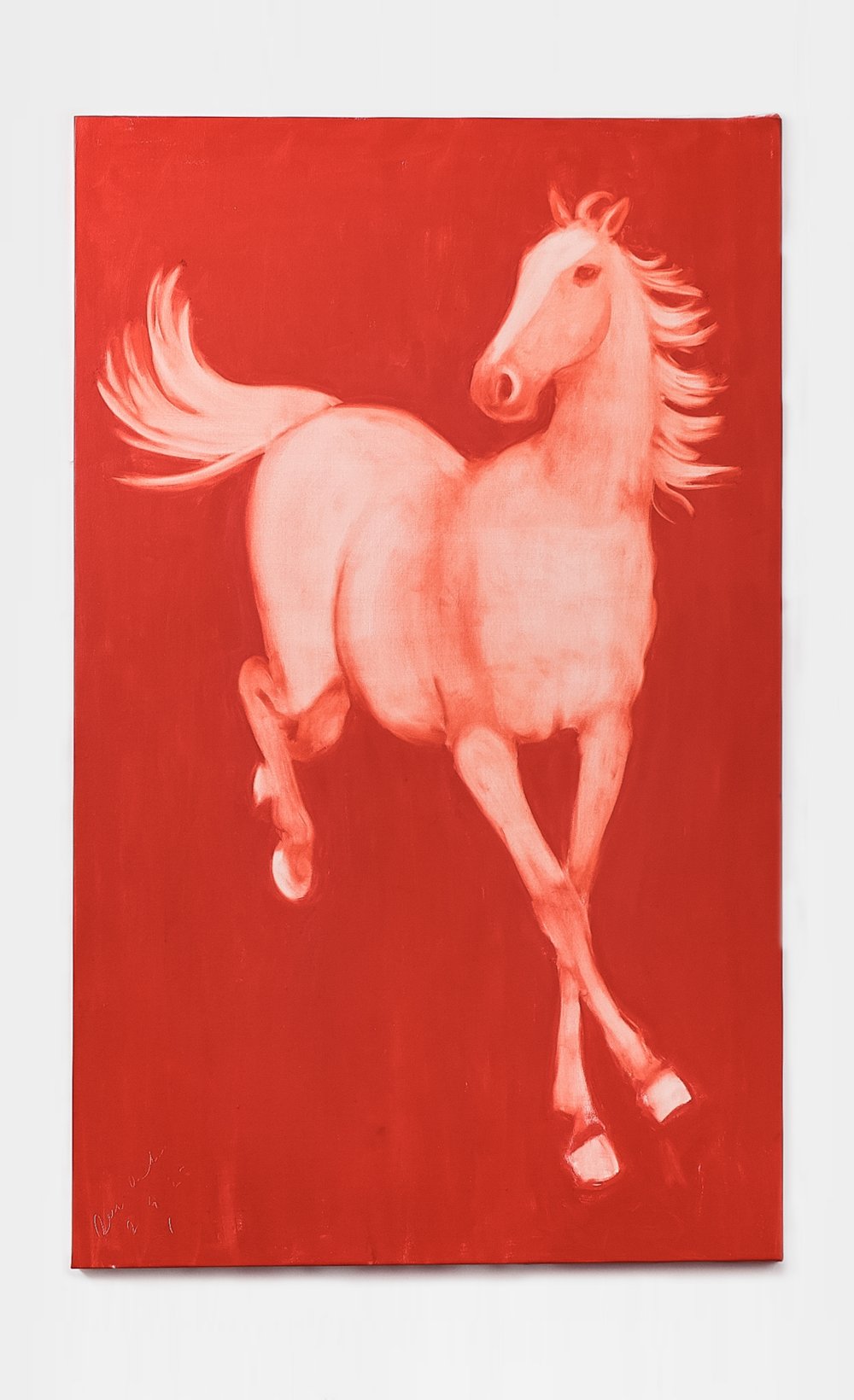 American artist Joe Andoe was born in 1955 grew up outside Tulsa, where the city becomes the countryside. He draws a great deal of inspiration from this duality, which he has described as “enjoying two different worlds.”

His art generally centers on animal themes, focusing on the flora and fauna of the Great Plains. This theme of the American wilderness can also be seen as a social critique of a world that is disappearing due to urbanization and overconsumption.

Andoe likes working in series, and the grainy appearance and sometimes dark tones of his paintings evoke the atmosphere of old silver halide photographs. His unusual technique consists of solid colors applied in thick layers of paint on the canvas and in carving the outlines of his subjects by wiping away the pigment from the surface. The resulting images remind the viewer of the iconography of classic black-and-white cinema and photographs, giving them a nostalgic dimension.

Working from images found on the internet, Andoe is part of the post-minimalist movement. His work can be compared to that of Susan Rothenberg and Robert Moskowitz, who emerged in the 1970s and launched a return to figurative painting. Andoe brings this movement to life through symbolist imagery with cult power.

Andoe’s art reminds the viewer of the iconography of the American landscape, both quotidian and sublime. His open fields, lakes, horses, farm animals, and classic muscle cars represent things as if seen from the edge of the highway, while in motion to an unknown destination: all are part of the same continuous melody Andoe plays.

In Chinatown, Andoe presents a series of galloping horses painted in various shades of red. Throughout his career, Andoe has always painted horses, but this is his first exhibition focused on the subject specifically. The image is inspired by Andoe’s admiration for the early twentieth-century Chinese painter Xu Beihong, one of the pioneers of modern Chinese art, who is known for his depiction of horses and birds in India ink, and his large-scale oil paintings portraying epic themes from national history. In New York’s Chinatown, where Andoe lives, there are many restaurants whose signs also feature reproductions of Xu’s horses. To Andoe, this is a familiar, yet foreign, visual language, like so many of the things seen from the side of the road.