Joan Snyder, To Become A Painting

Joan Snyder, To Become A Painting


“The modern tradition can continue to bring us glad tidings by taking us
on extraordinary journeys to familiar places, but only on its own eccentric terms.
The deal is you have to go without a map, and you can only get there on foot.”
– Kirk Varnedoe and Adam Gopnik, High & Low [1]

Franklin Parrasch Gallery presents Joan Snyder, To Become a Painting, an exhibition comprising six large scale paintings created by the artist in her Woodstock, NY studio during the Covid-19 pandemic. The paintings reflect the artist’s engagement with the land, referencing the generative and vital state of earth and water and acknowledging impulses that access nature as a guide for connecting with the most fundamental human emotions. 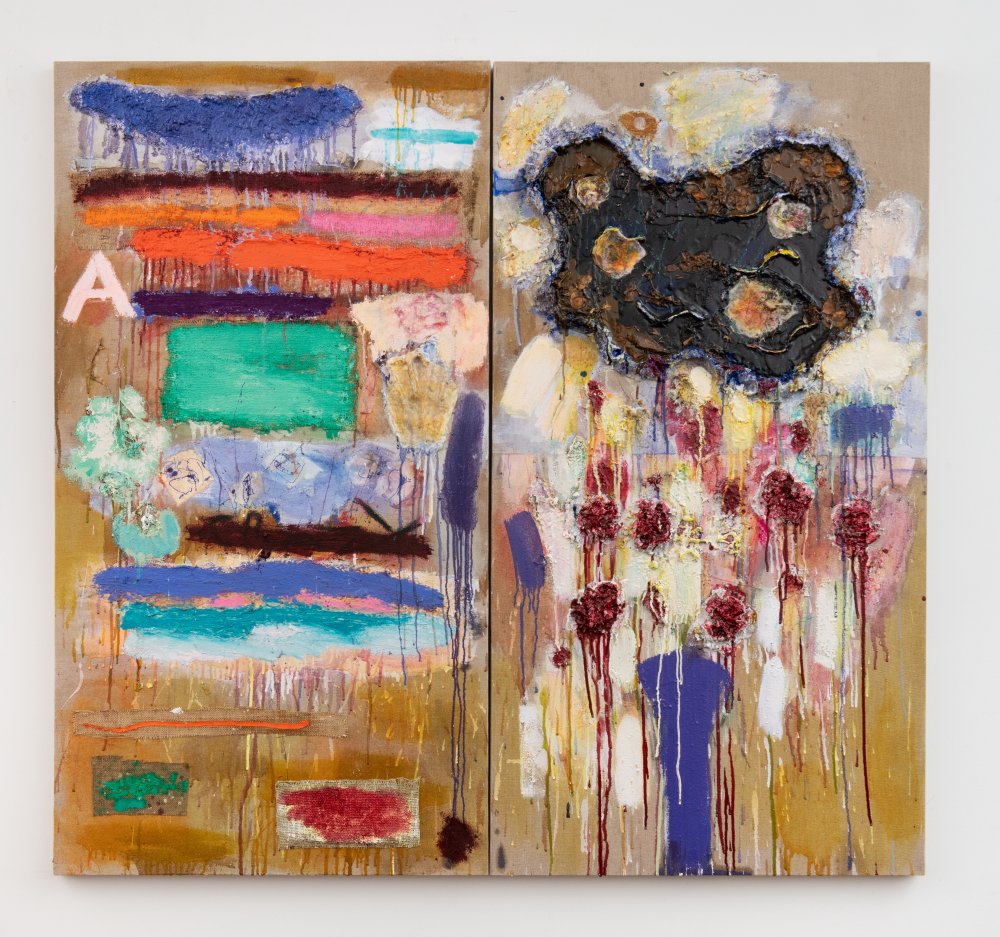 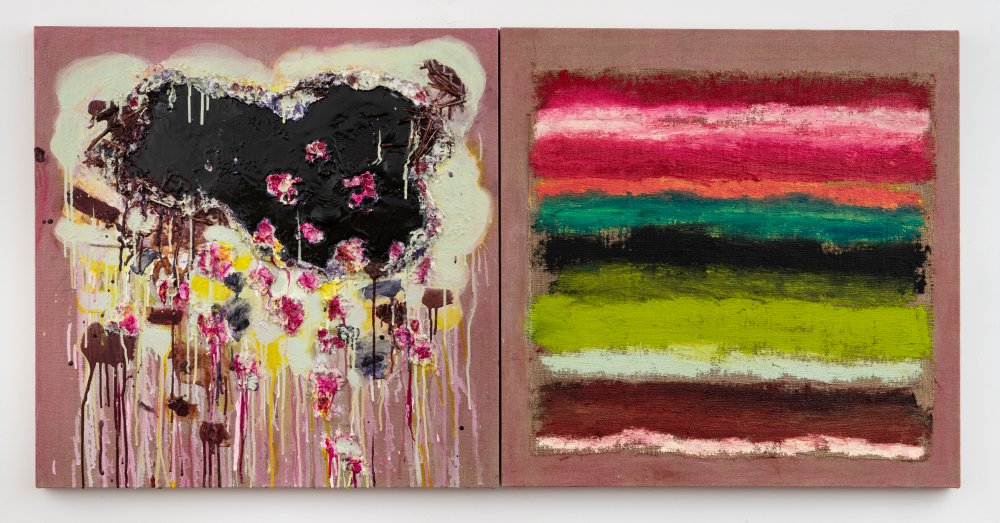 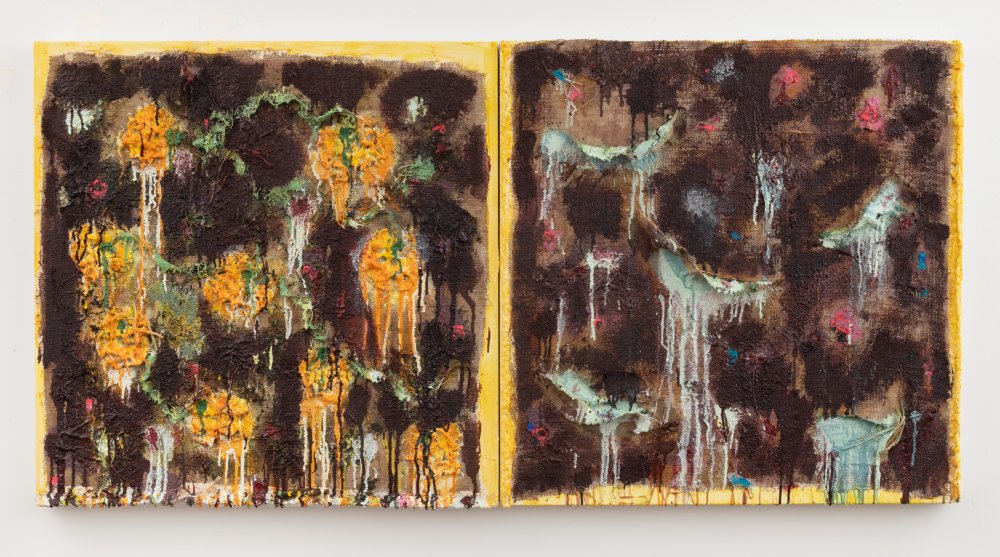 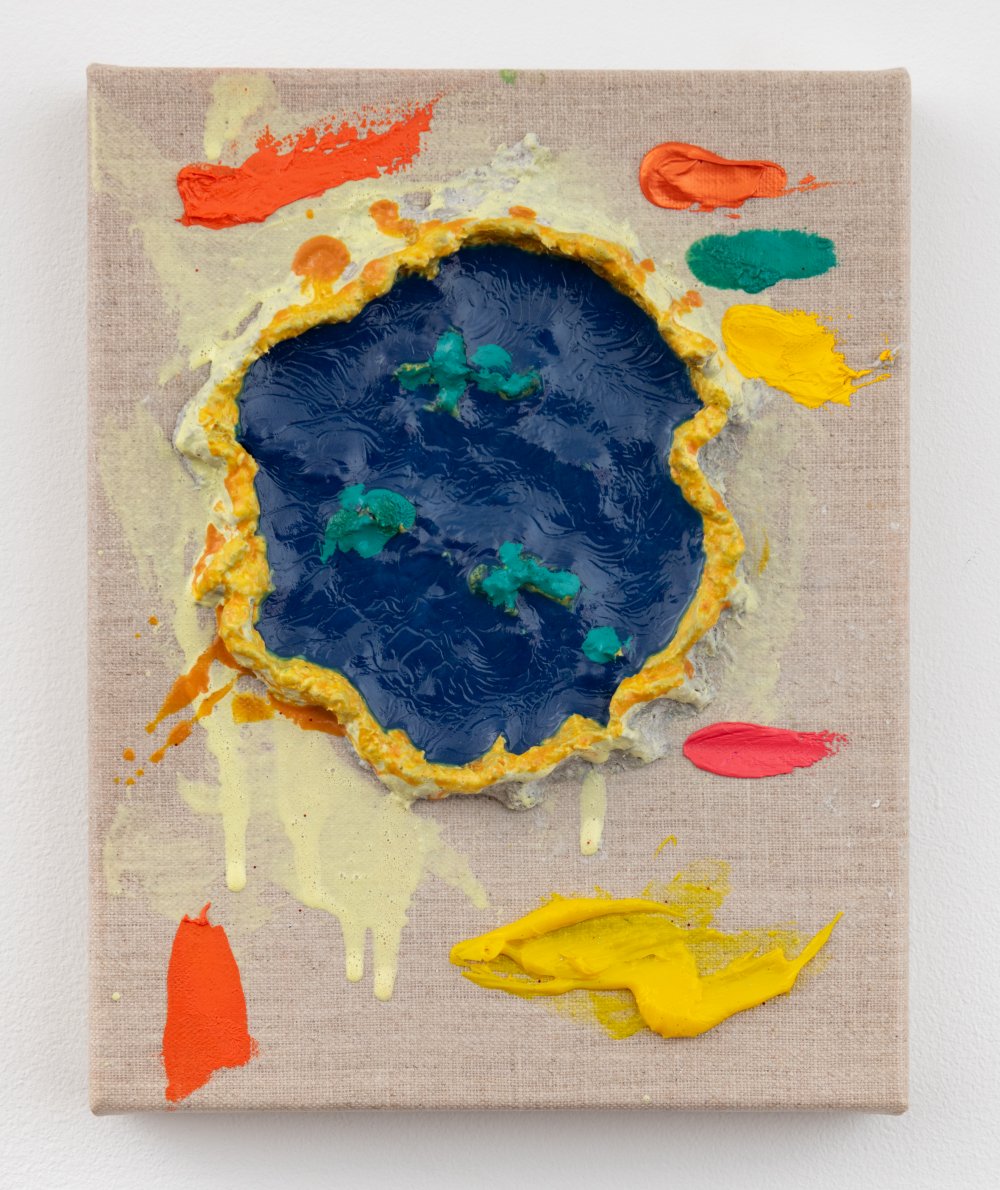 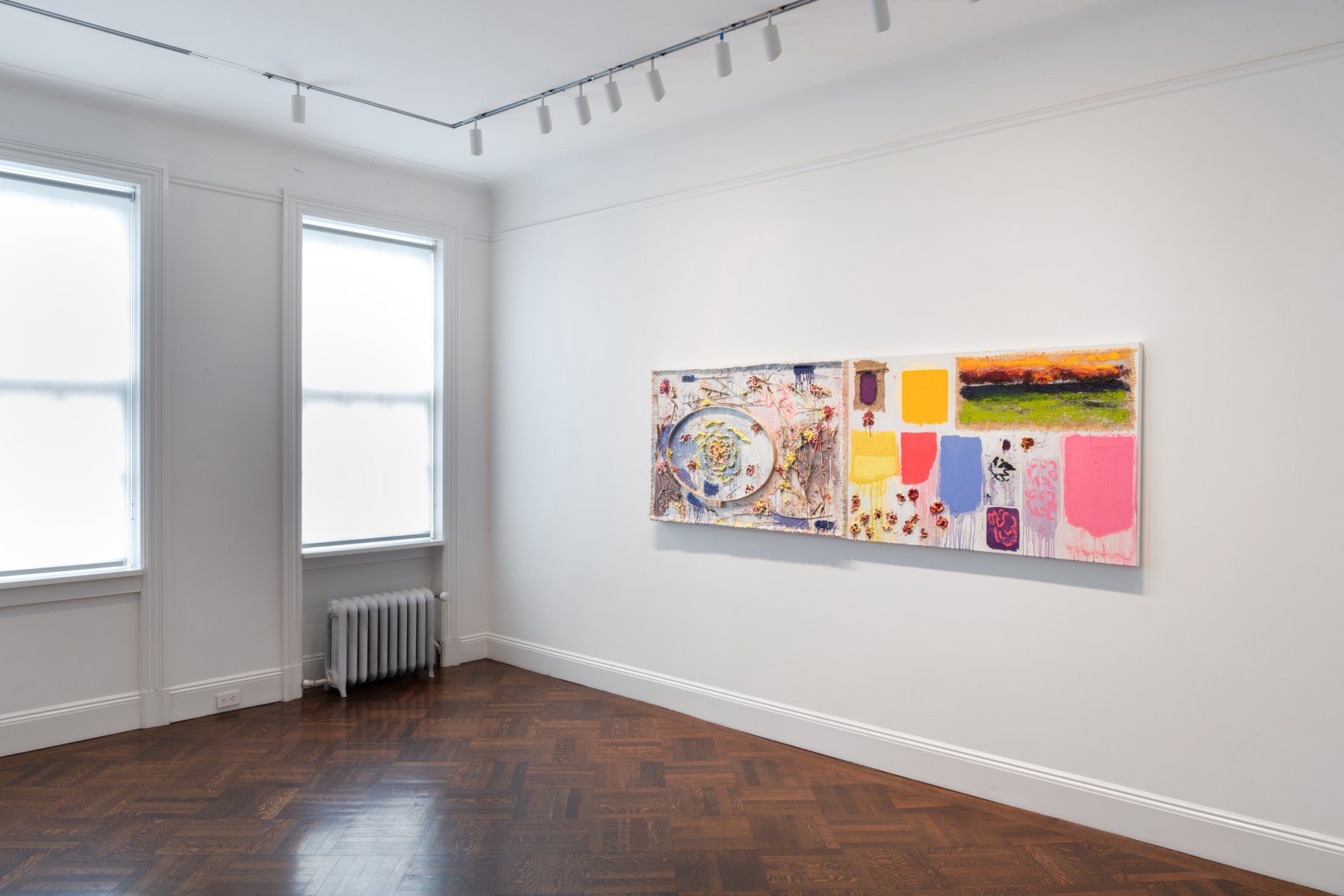 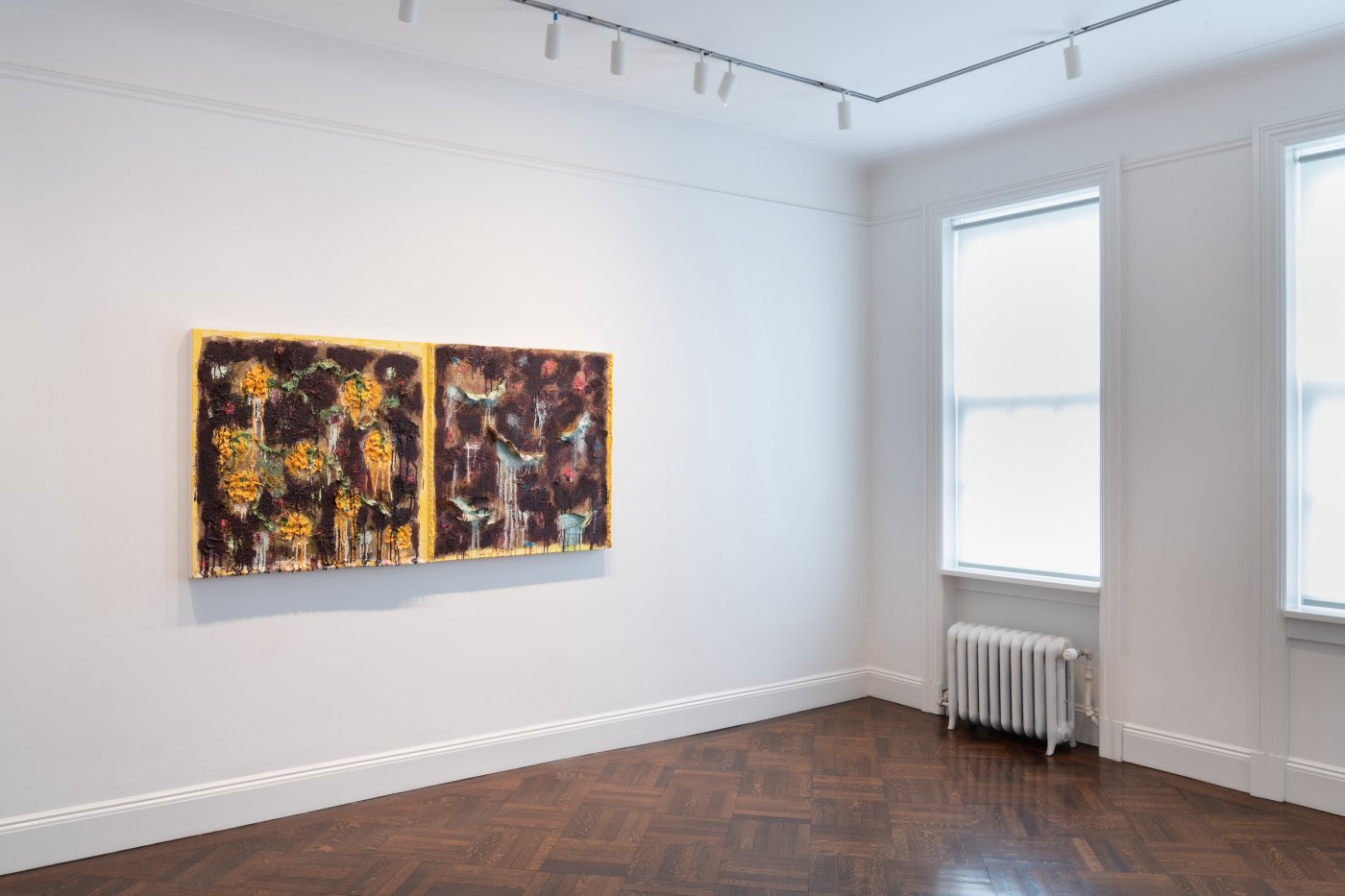 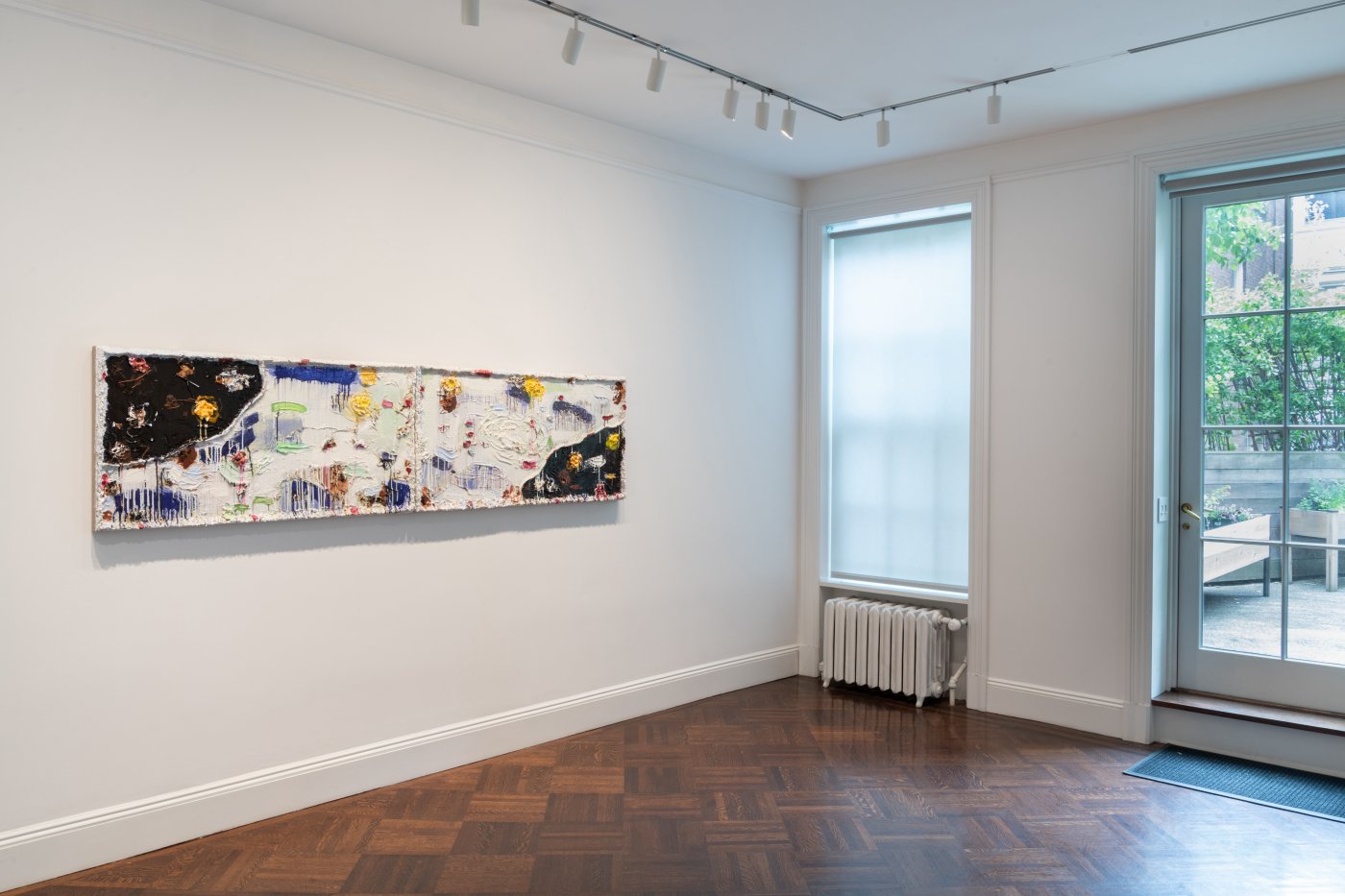 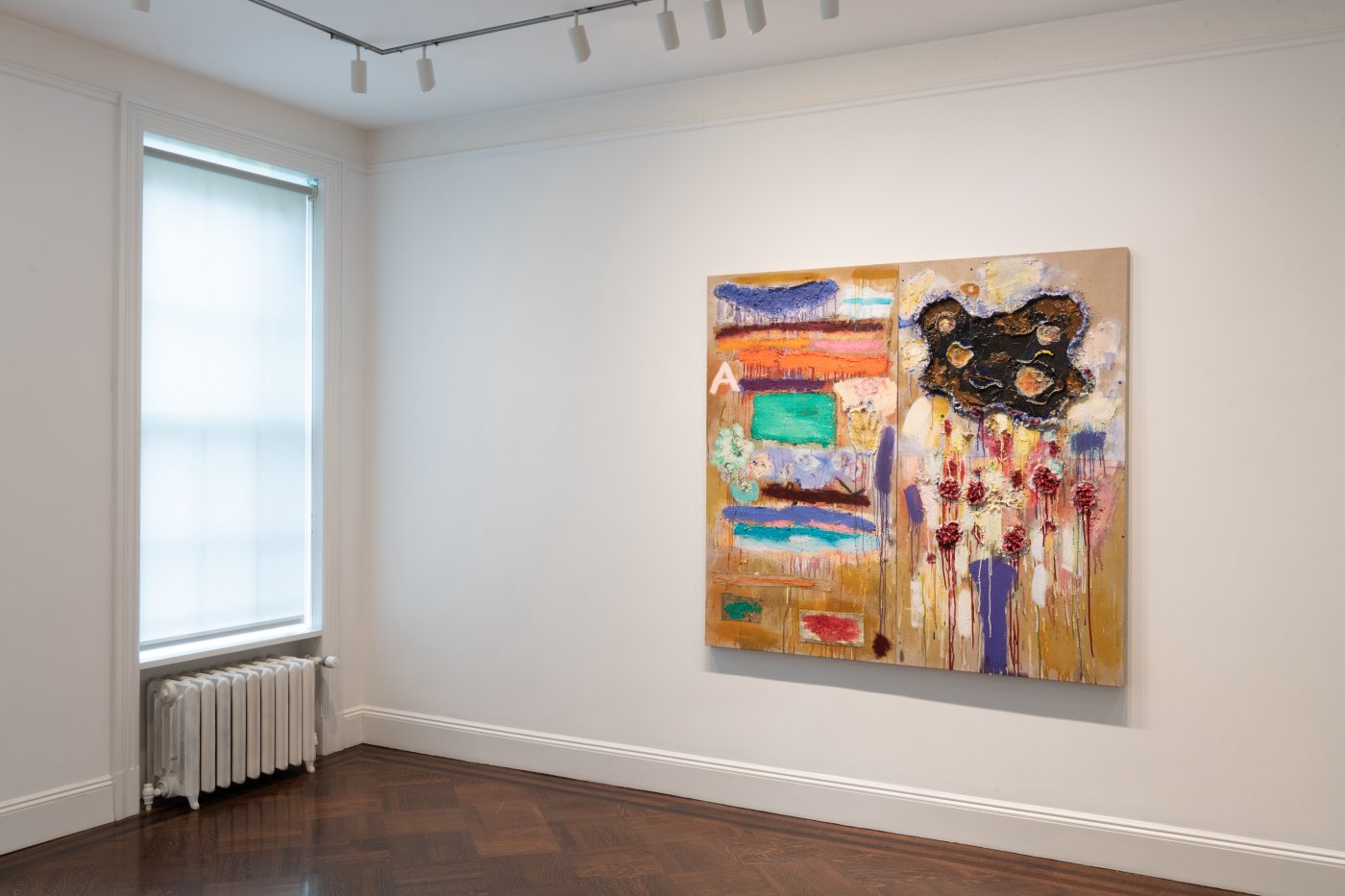 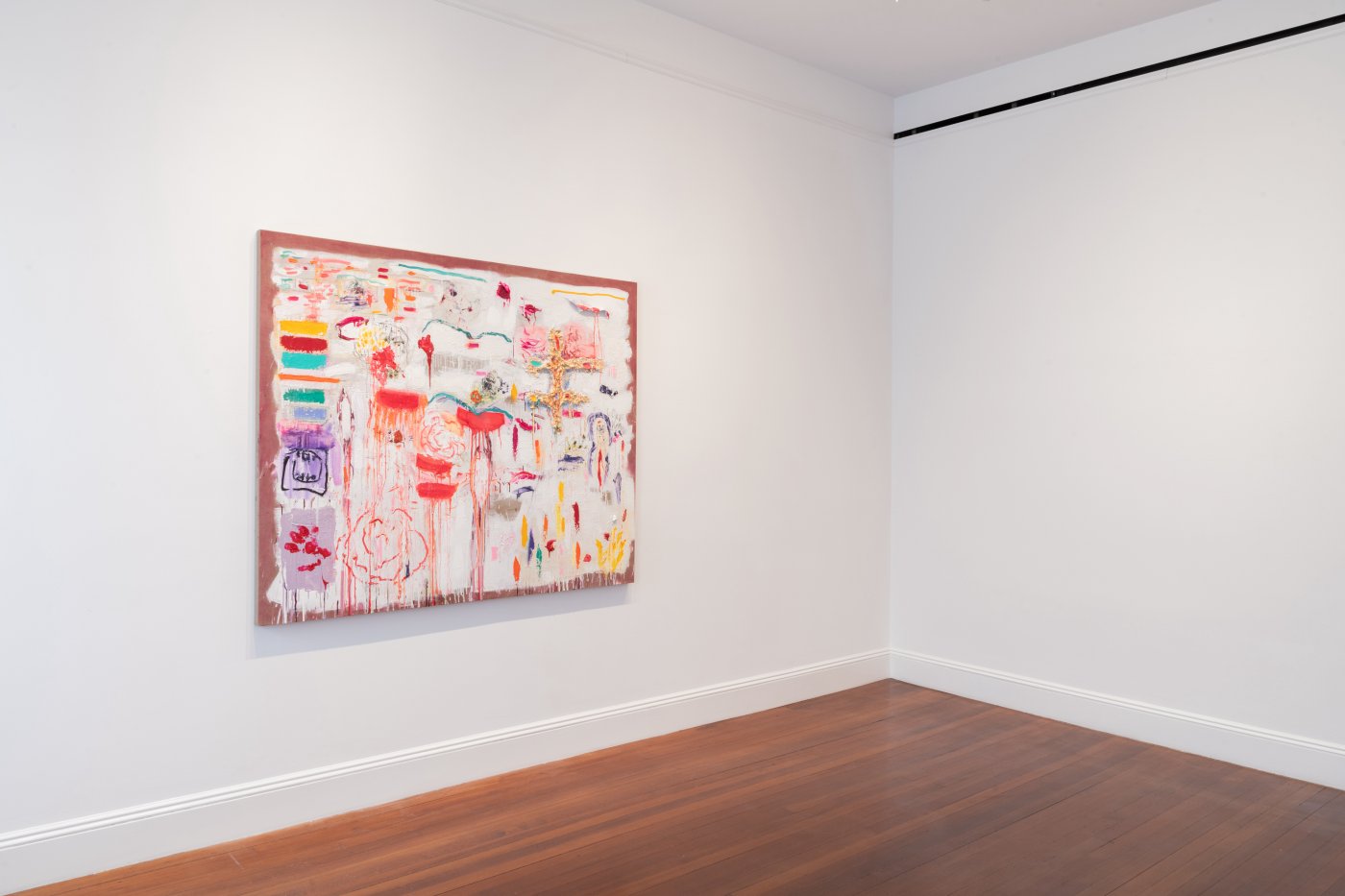 The shared space of high and low is Snyder’s signature domain. She weaves varied layers and densities of acrylic and oil paints in poetic concert with applied materials, from the commercially-produced—such as burlap, silk, cheesecloth, plastic grapes, and beads—to elements from nature including plant stems, seed pods, twigs, rose hips, dried grass, and straw. Snyder’s vivid early and provocative encounters with distinctly post-War materials began as a child with dime store toys her father distributed on his sales route. A range of brightly-colored rubber and plastic toys (hula hoops, whirlygigs, balloons, bubbles, and the like) packed the garage of the family’s home, possibly initiating an association between color, texture, and personal emotion.

For Snyder, painting is, much like the process of planting and sowing, in itself an act of generative growth: begin with a ground – then add, layer, combine, build – and culminate in the fruition of the image. In a recent essay, Ecce Femina: Joan Snyder, Rhonda Lieberman wrote, “As Proust conjured a riverbank of words, Snyder’s paintings are not depictions, but their own reality. The materiality of the paint and references to flatness (appended doodads, the drippy hand-prints) assert themselves through Snyder’s earthy motifs to weird and powerful effect.”[2] The gardener’s process of nourishing these elements—giving them means to thrive by irrigating, pruning, separating, etc.—is analogous to Snyder’s process of painting. In these newest works, Snyder is steeped in the inquiry and quest to find out what happens when her images develop from that process.

Regenerative forces in the natural world, those that supply nutrition and propagate life, sustain the psychic entities that Snyder’s paintings often depict. A range of emotions—love, sorrow, fear, and hope—are all subjects in Snyder’s images. The ebb and flow of emotional shifts becomes the symphony she orchestrates. These shifts themselves are invisible and inexplicable in the physical world. Their currents are pulled by the tides of spiritual and subliminal forces and are realized in pictures Snyder deftly crafts using the stuff of an artist in search of her planet’s pulse.

Joan Snyder’s works reside in the permanent collections of dozens of institutions including: the Museum of Modern Art (New York), Metropolitan Museum of Art (New York), Whitney Museum of American Art (New York), Brooklyn Museum (Brooklyn), The Jewish Museum (New York), Art Institute of Chicago (Chicago), The Museum of Fine Arts (Boston), Harvard Art Museums (Cambridge), The National Gallery (Washington, D.C.), and Tate Modern (London) among numerous others. Snyder was the recipient of the National Endowment for the Arts Fellowship in 1974; the Guggenheim Memorial Fellowship in 1983; was made a John D. and Catherine T. MacArthur Fellow in 2007; and received the Arts & Letters Award from the American Academy of Arts & Letters in 2016. Snyder received an AB from Douglass College (New Brunswick, NJ) in 1962 and an MFA from Rutgers University (New Brunswick, NJ) in 1966.