Joan Mitchell: I carry my landscapes around with me

Joan Mitchell: I carry my landscapes around with me

David Zwirner presents Joan Mitchell: I carry my landscapes around with me at the gallery’s 537 West 20th Street location in New York. This is the first exhibition to focus on the artist’s multipaneled paintings. 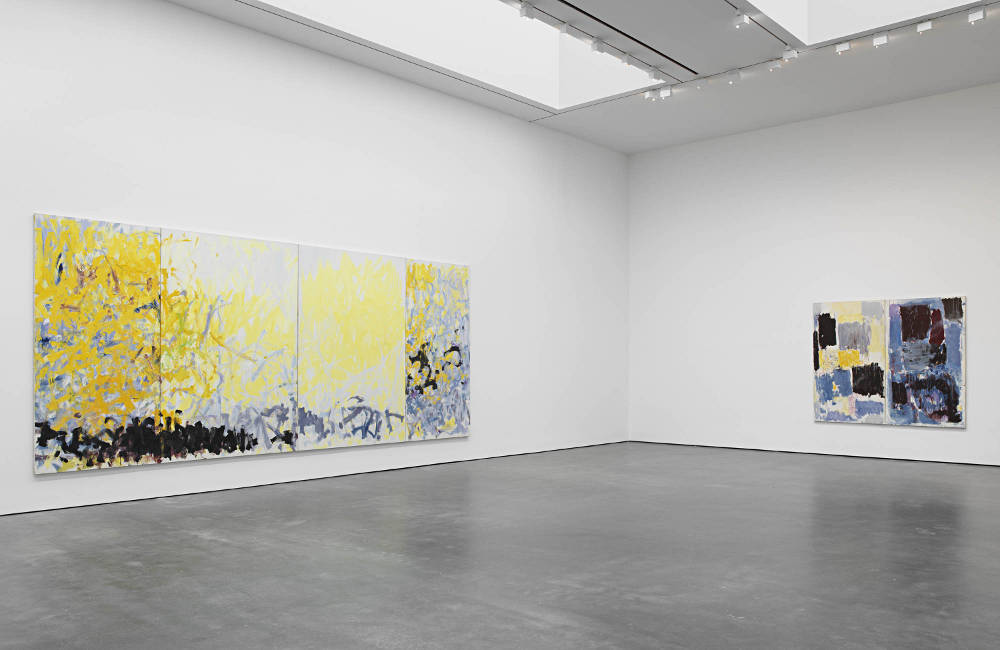 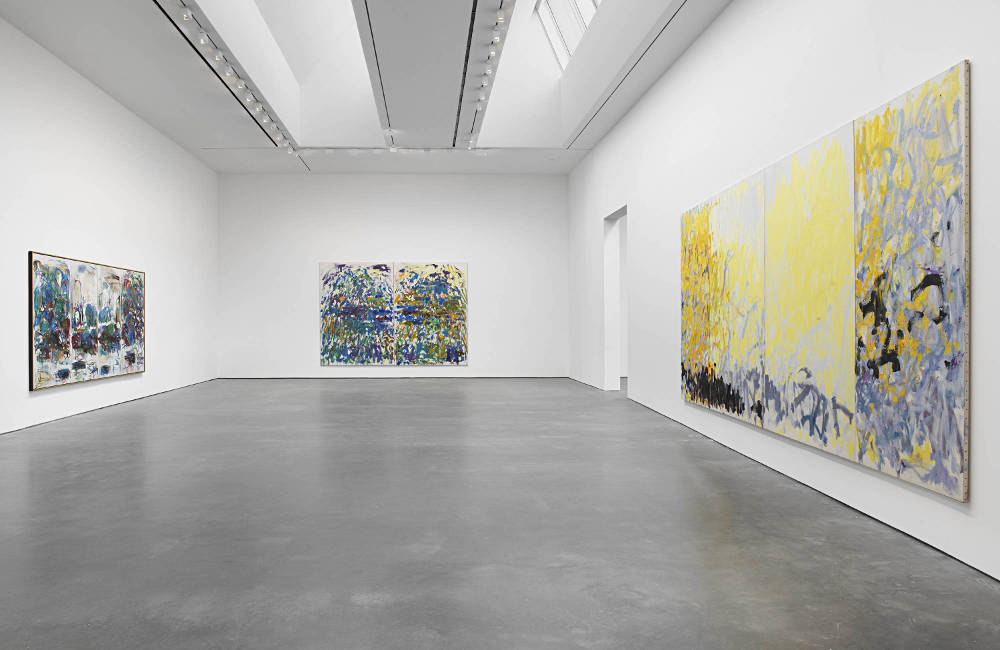 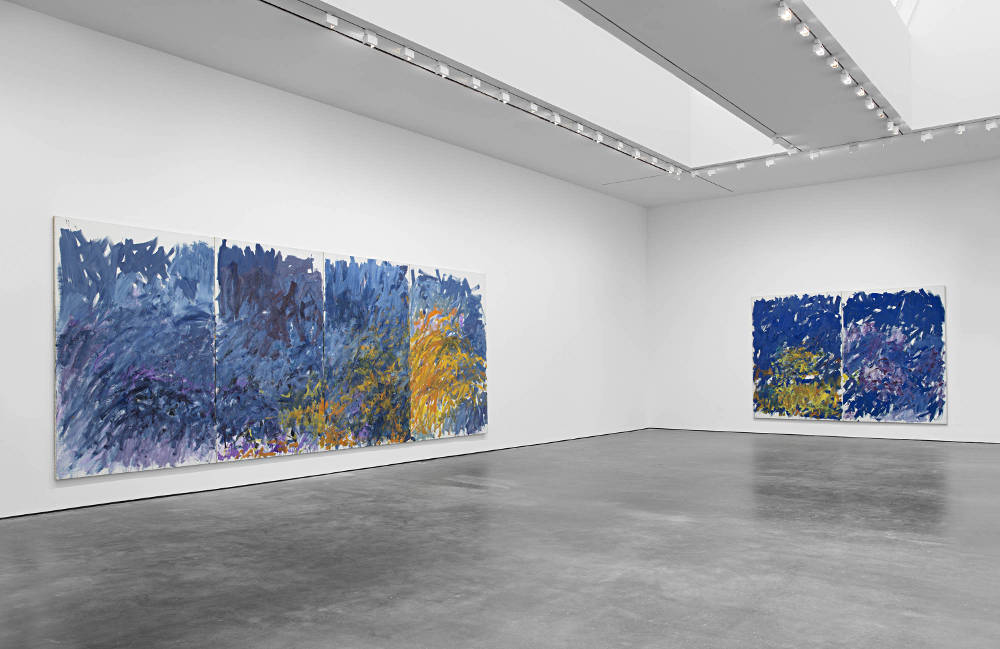 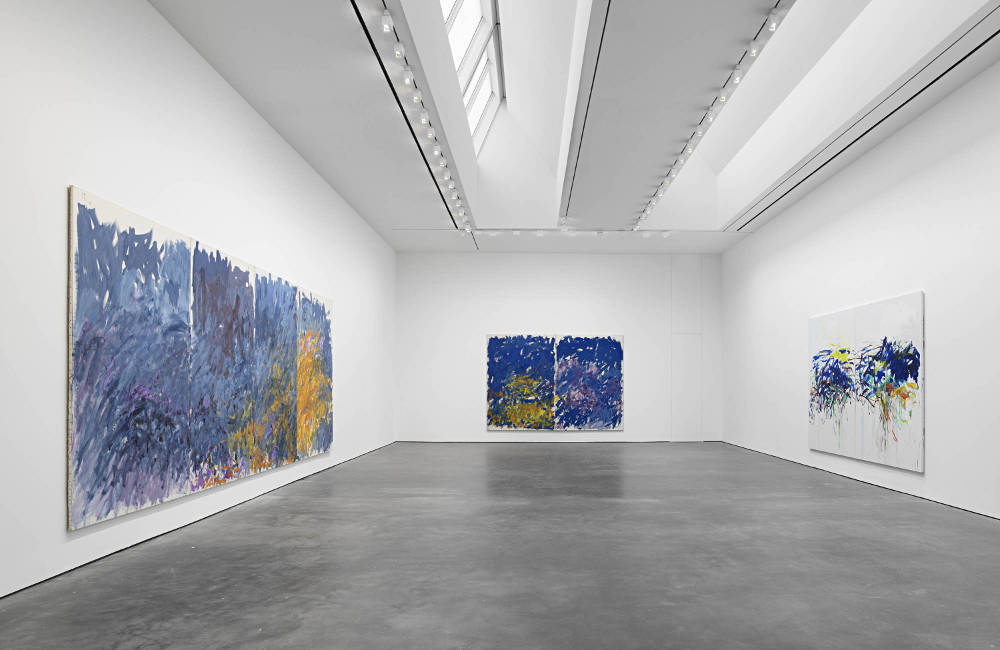 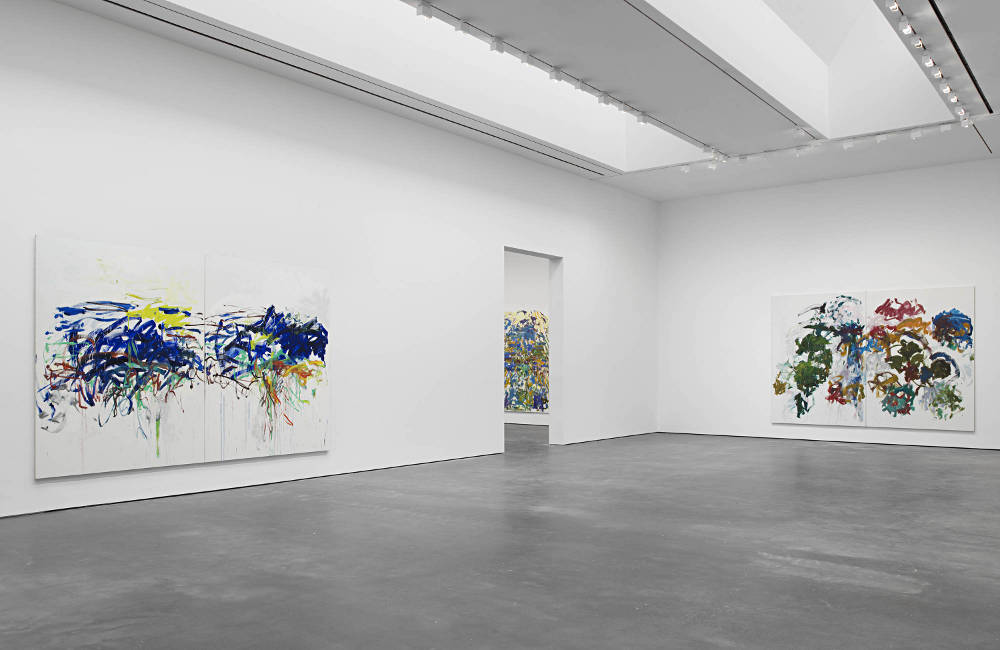 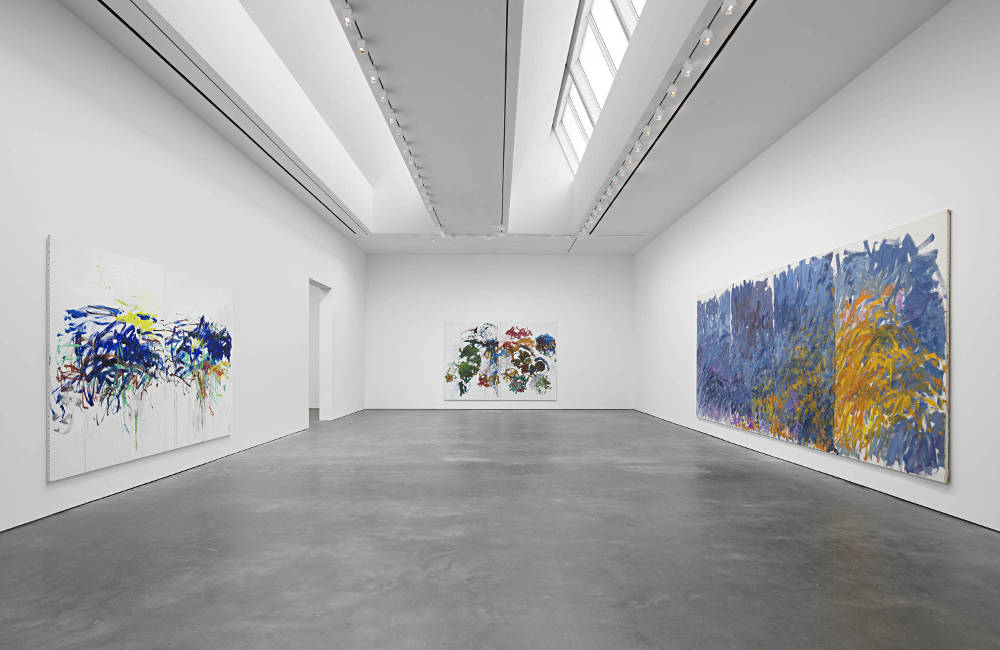 Organized in collaboration with the Joan Mitchell Foundation, the works on view—which span four decades of Mitchell’s career—will allow for a unique opportunity to explore the range of scale and formal experimentation of this innovative facet of her oeuvre.

Mitchell established a singular approach to abstraction over the course of her career. Her inventive reinterpretation of the traditional figure-ground relationship and synesthetic use of color set her apart from her peers, resulting in intuitively constructed and emotionally charged compositions that alternately evoke individuals, observations, places, and points in time.

One of the few artists of her generation to embrace polyptych compositions, Mitchell over time refined and expanded her approach to the format, orchestrating a distinctive balance between continuity and rupture both within and across panels. The horizontally oriented, panoramic expanse of these paintings is ideally suited to landscape—an important and enduring subject for Mitchell that she linked directly to memory. As the artist stated in 1958, “My paintings are titled after they are finished. I paint from remembered landscapes that I carry with me—and remembered feelings of them, which of course become transformed. I could certainly never mirror nature. I would like more to paint what it leaves me with.”1

Although her first multipaneled work (a diptych aptly titled The Bridge) was created in 1956, Mitchell began to fully explore the possibilities afforded by combining panels into diptychs, triptychs, and expansive quadriptychs in the 1960s and 1970s. As Judith E. Bernstock has noted, these paintings, unlike the artist’s single canvases, “are composed of panels that function as separate entities and yet draw from each other; her sense of equilibrium extends within each panel as well as throughout the whole.”2

The exhibition will feature paintings from both public and private collections as well as holdings drawn from the Joan Mitchell Foundation. Among the works on view will be La Seine (1967; on loan from the Governor Nelson A. Rockefeller Empire State Plaza Art Collection, New York State), one of the first quadriptychs that the artist made. At nearly fourteen feet wide, the swirling composition uniquely projects a sense of movement and flux. By contrast, an untitled triptych on loan from an American private collection measures only one and a half feet wide, but nevertheless presents an energetic, fully resolved composition in a palette of pinks, greens, oranges, and browns. Also on view will be the four-panel works Minnesota (1980; Collection of the Joan Mitchell Foundation, New Yok), characterized by a dynamic use of positive and negative space that seems to indicate the vastness and expansiveness of a terrain, as well as Edrita Fried (1981; Collection of the Joan Mitchell Foundation, New York), dedicated to Mitchell’s longtime friend and psychoanalyst in the year of Fried’s death. Edrita Fried manifests a sense of melancholy and reverence in its movement from vigorous and dense blue and violet brushstrokes in the left panel into the yellow-orange at the far right. The painting is rare in its sense of sequential progression; Mitchell herself noted of her polyptychs, “I paint them to be seen at a distance, not to be read, not to be seen in time, to be seen in one piece.”3

This will be the gallery’s first exhibition of Mitchell’s work since having announced exclusive representation of the Foundation in 2018. A fully illustrated catalogue is forthcoming from David Zwirner Books, with new scholarship by art historians Suzanne Hudson and Robert Slifkin.

Born in Chicago and educated at the Art Institute of Chicago, from which she received a BFA (1947) and an MFA (1950),Joan Mitchell(1925–1992) moved in 1949 to New York, where she was an active participant in the downtown arts scene. She began splitting her time between Paris and New York in 1955, before moving permanently to France in 1959. In 1968, Mitchell settled in Vétheuil, a small village northwest of Paris, while continuing to exhibit her work throughout the United States and Europe. When she passed away, in 1992, Mitchell specified in her will that a portion of her estate should be used to establish a foundation to directly support visual artists.

A comprehensive Joan Mitchell traveling retrospective is being co-organized by the Baltimore Museum of Art (BMA) and the San Francisco Museum of Modern Art (SFMOMA). The retrospective will have a national tour, opening at the BMA in 2020, then traveling to SFMOMA and the Solomon R. Guggenheim Museum in New York in 2021.

Mitchell’s work can be found in prominent institutional collections worldwide.