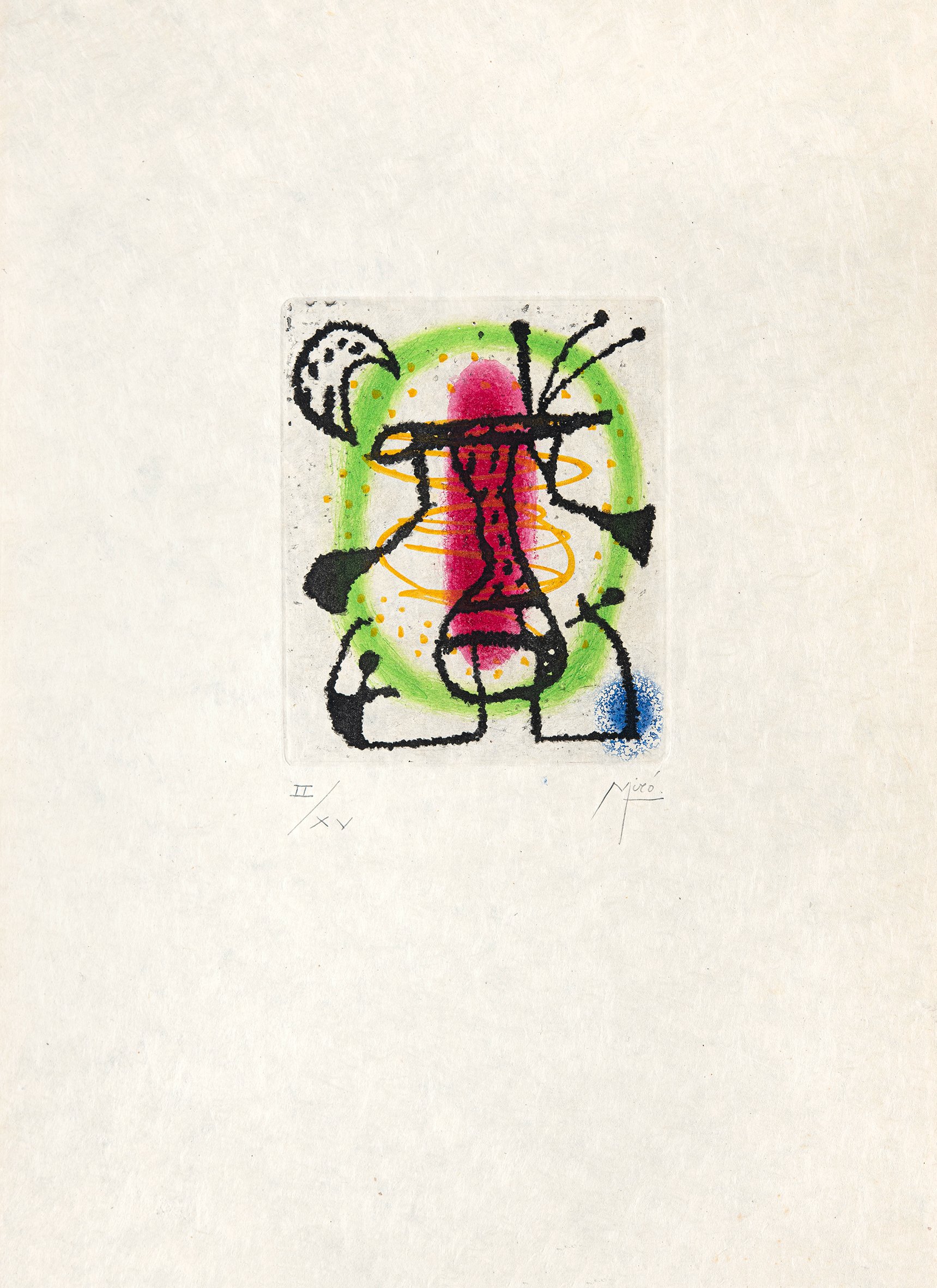 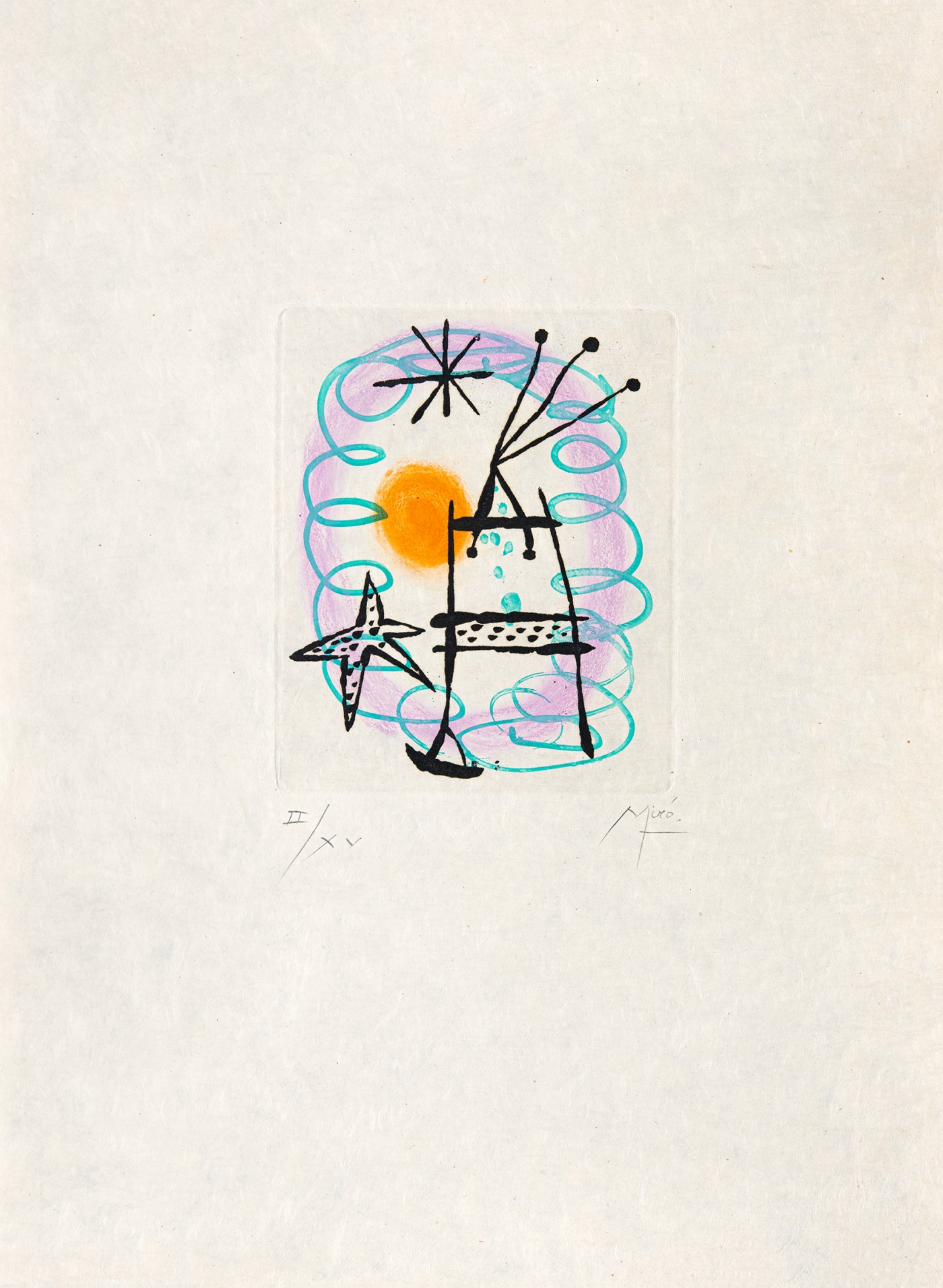 In 1957, Miró came to a Parisian studio recently opened by two young men, Aldo Crommelynck and Robert Dutrou, in rue de Plaisance, to work on some etchings. Louis Broder asked him to illustrate a poem by René Crevel, La Bague d’Aurore; Miró produced a superb suite, “one of the most marvellous”, according to Jacques Dupin, “a brilliant garland woven to the glory of the poet.” “Each plate is a portrait, a scene, a landscape with figures, a bird, in a world punctuated with stars, planets and signs, a constantly-renewed invention.” This success was followed by another the following year, for the poem Nous avons by René Char. “Three hammered images of the night, followed by a daytime escapade where the man and the woman stand and confront each other, a perfect reading of Char’s poem,” wrote Jacques Dupin, again.
These are superb etchings, still very fresh, exhibited alongside a selection of others from the 1950s in the bookshop at Galerie Lelong & Co.

Joan Miró was born on 20 April 1893 in Barcelona. He died on 25 December 1983 in Calamayor, near Palma de Mallorca. Exhibited in the world’s most important museums, two foundations open to the public bear his name. In 2018, a retrospective was organised at the Grand Palais in Paris.