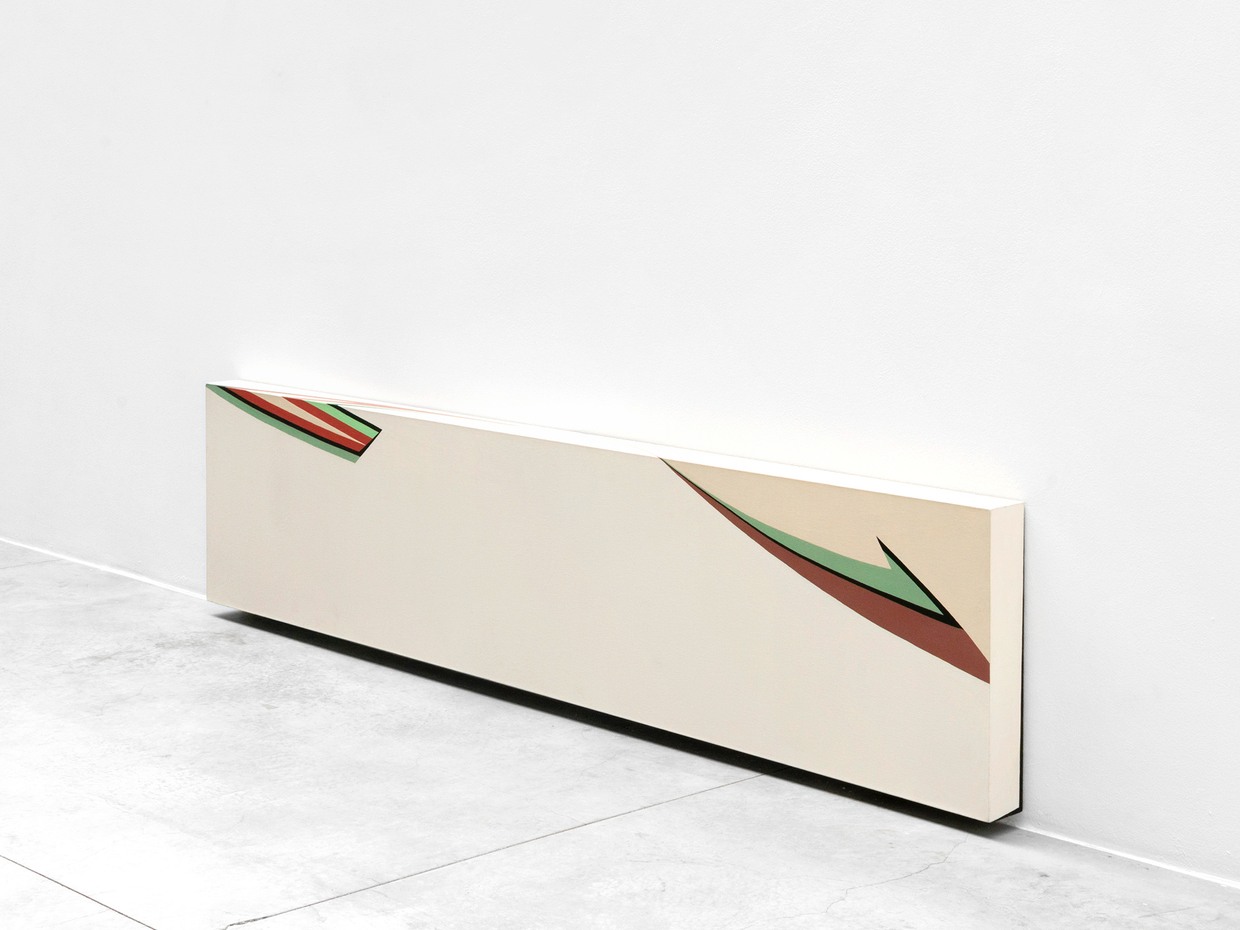 “The world’s great age begins anew, The earth doth like a snake renew; While Heaven smiles and Aeons gleam Like wrecks of a death dissolving dream”.

Jo Baer (b. 1929) adapted these lines from Shelley’s poem Hellas for the title of one of her works from 2018. Shelley’s paean to the cycle of life resonates perfectly with Baer’s prolific output, which was marked by a series of shifts in style. Within ten years of completing her studies, her work was attracting the notice of both her peers and museums. By the mid-1960s, Baer was being shown in important Minimal and Conceptual exhibitions. Dan Flavin presented her alongside Donald Judd, Sol LeWitt, Robert Ryman, and Frank Stella; Lawrence Alloway included Baer’s work in Systemic Painting at the Guggenheim; and Mel Bochner showed her in Working Drawings and Other Visible Things on Paper Not Necessarily Meant to be Viewed as Art. In 1975, Baer oversaw a retrospective of her work at the Whitney Museum in New York.

In dialogue with Robert Smithson, Baer described herself as a paradoxical formalist. Although the modernist movement to which she belonged imposed the centrality of abstract painting, Baer distilled from it motifs and subjects that possessed a vernacular dimension to which she remained faithful. Her paintings, which are planar and purely visual, are in keeping with modernist orthodoxy, but invite the viewer into a physical, spatial and sensory experience. In this way, the painting cannot be reduced to a frontal, photographic experience that excludes the medium’s materiality. Baer’s exploration of the peripheries and edges of her canvases led to her famous Radiator Paintings, painting-objects, hung close to the floor, whose thick borders are also painted.

At the end of her Whitney retrospective, Baer left the New York scene behind and settled in an Irish manor house before announcing that she was no longer an “abstract artist.” The exhibition at MAMCO is an opportunity to discover pieces produced over a period of two decades, in which the artist first established and then abandoned an abstract language, and to appreciate a lifelong creative quest that cannot be reduced to simple artistic labels.

Curated by Julien Fronsacq
With the support of PACE Gallery