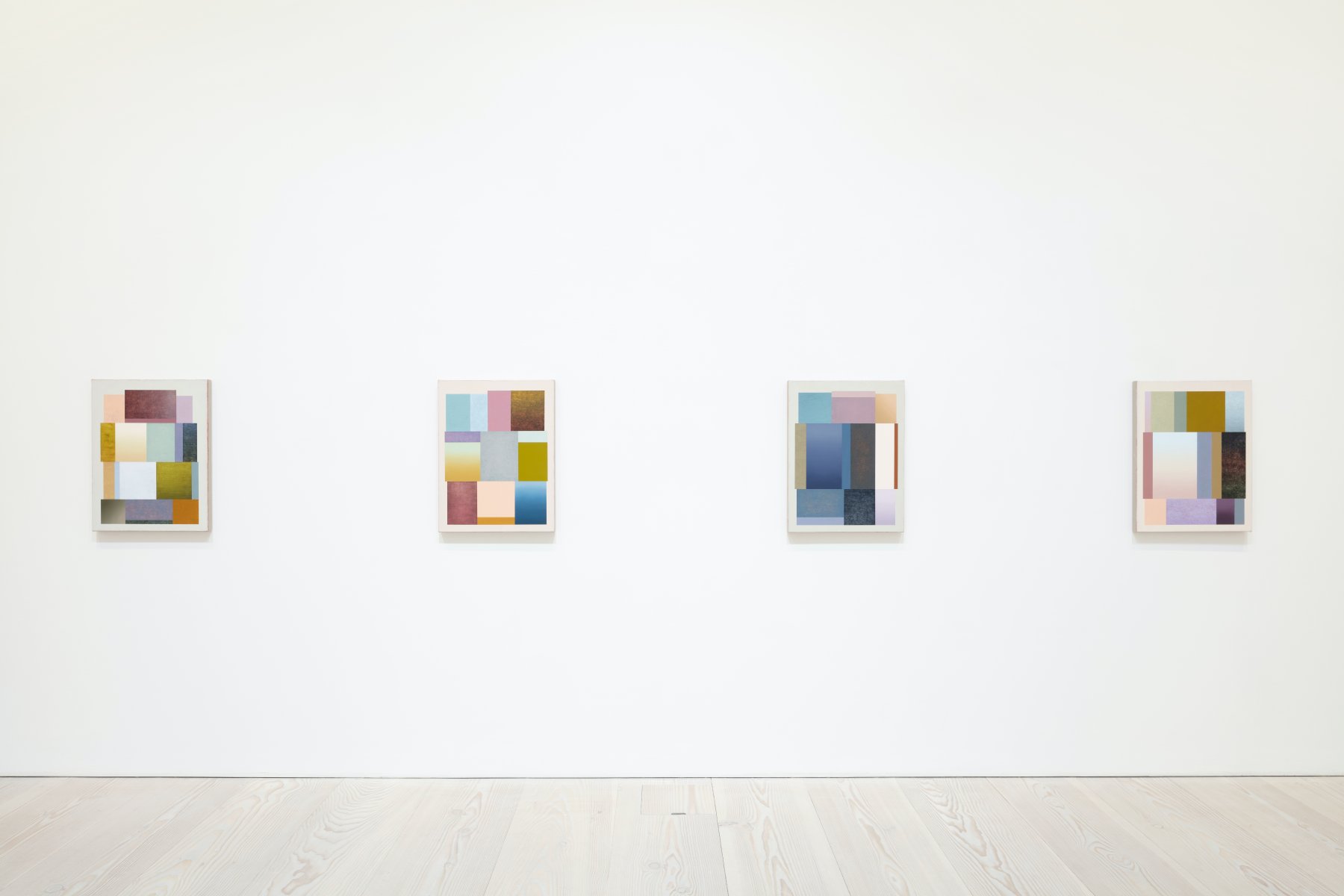 The Swedish artist Jesper Nyrén (b.1979) draws inspiration from the landscapes of his home island, where he collects raw material – both as photographs and color studies – which he transforms into sketches and eventually into paintings in his studio. Nyrén’s compositions never directly replicate real physical places, however. They are more like spatial studies of things he sees and experiences on his island. His paintings reconstruct his experiences, painting them forth in an altered form. There is no direct analogical relationship between the paintings and the landscape, nor do his colors faithfully mimic reality; rather they create moods and gradations of light that are reminiscent of how nature feels to us.

Nyrén’s paintings appear to radiate their own inner light. Nyrén’s compositions consist of rectangular modules arranged against a blank background. He assembles the rectangles like sculptures, as boxes stacked on top of another, balanced in perfect equilibrium, never swaying or collapsing. However, the harmony is disrupted by certain boxes being painted to distinctly resemble the sky or water, creating a dynamic tension between weight and weightlessness, splintered reality and abstraction, surface and depth.

Jesper Nyrén graduated from Stockholm’s Royal Institute of Art in 2007. He has exhibited in a number of solo and group shows in Sweden and Norway. He has received prestigious awards, including the Marabouparkens P.A.N.K award in 2008 and the Baertling Scholarship in 2015. He has also completed many public commissions in Sweden.