Galerie Max Hetzler presents Djemy, an exhibition of new works by Jeremy Demester, on view at Goethestraße 2/3, in Berlin. It is the artist’s sixth solo exhibition with the gallery. 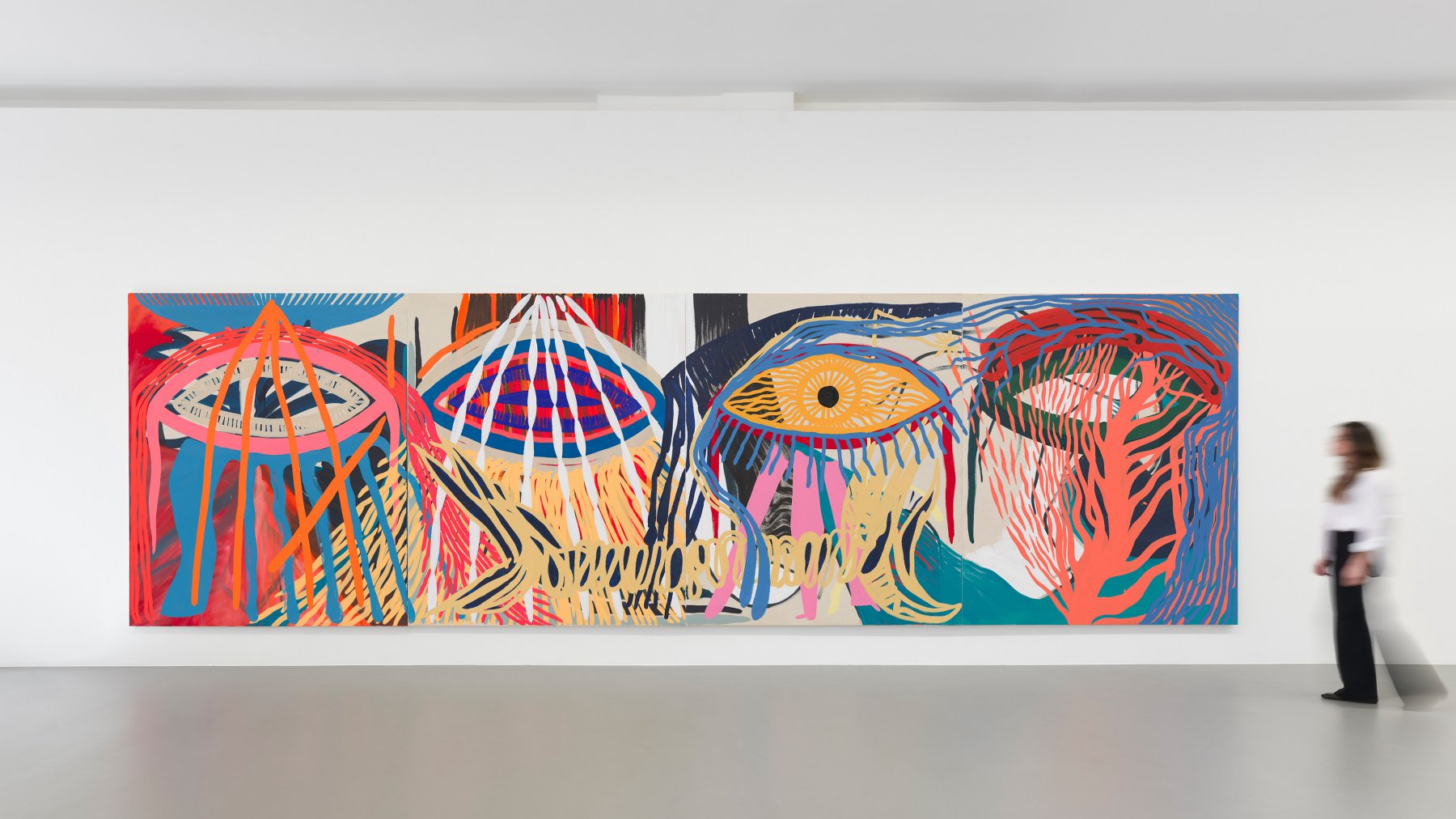 In this exhibition, the artist addresses his culture as a Tzigane, specifically of Kalderash Roma and Sinti origins. The term Tzigane will be used in the following text for clarity purposes; nevertheless, Tzigane people are not a homogeneous ethnic group. There are significant nuances in the traditions of each group and family, reflected in particular in the wide variations in their respective languages. The artist and his family have written a few words in Kalderash Romanes to introduce the exhibition:

On the quest to explore his own roots, artist Jeremy Demester has followed the history of the Tzigane people, within Europe to Northern Africa, and onwards, working with a cartographer to draw a map of their known travels and migrations. The title of the present exhibition, Djemy, is his given name in Tzigane language, which uses a plurality of private and public names for a person. Leading on from the research into his own cultural roots, Demester has integrated Voodoo culture into his practice for years, as he lives and paints in Ouidah, Benin, where he established his studio. The artist identified parallels between both cultures, engaging with Voodoo in order to understand his own roots more deeply.

The 15 works displayed in this exhibition are a new body of large-scale portraits, including an ambitious quadriptych unfolding over 8 metres. Some of these images of faces are not simply painted but are completed by the addition of materials such as marble, aluminium, bronze, resin, or carbon, which then form add-on elements such as eyes, ears and braided headdresses, giving the works a sculptural quality. They are mobile, attached to the outside of the original canvas, either by the sides, or above, and strengthen the presence of the works, to the extent that they seem animated. The additional elements are not planned, they are added to the paintings when Demester feels they are necessary for the overall balance. In this regard, he compares his practice to the initial intent of early Renaissance painters such as Fra Angelico (ca. 1395-1455) or Piero della Francesca (ca. 1410-1492), for whom the bas-relief frame of a painting (usually cropped from the images we see in literature), was as relevant as the composition.

Demester’s paintings are portraits of moments, rather than people: ‘[These paintings] are about experiencing how things can be gathered and merged into shapes. To take simple shapes, or just the two eyes, and to build figures. […] They are like portraits of moments, of time. They represent abstractions of the Voodoo and Tzigane cultures coming together. They are portraits of a whole people, a whole dynamic of things. They are protectors and witnesses of situations.[…] And a lot of them are crying. They are crying but they are strong.’ Moreover, through his experience decorating temples in Benin, Demester realised that in representation, image has more power than memory. The artist is aware of this immense strength, to the extent of being deeply moved by the paintings while working on them, and sees them as political emissaries, travelling the world from their origin in Benin.

The artist’s work can be found in the collections of Foundation Zinsou, Ouidah; Istanbul Modern; and Musée d’Art Moderne et Contemporain Saint-Étienne Métropole, among others.