The art I like concentrates on the body… It’s more than representation; it’s about the meaning of existence and pushing the medium of paint.
—Jenny Saville

Gagosian presents Elpis, an exhibition of new paintings by Jenny Saville. This exhibition marks the reopening of the gallery at 980 Madison Avenue following the pandemic-related shutdown in March. 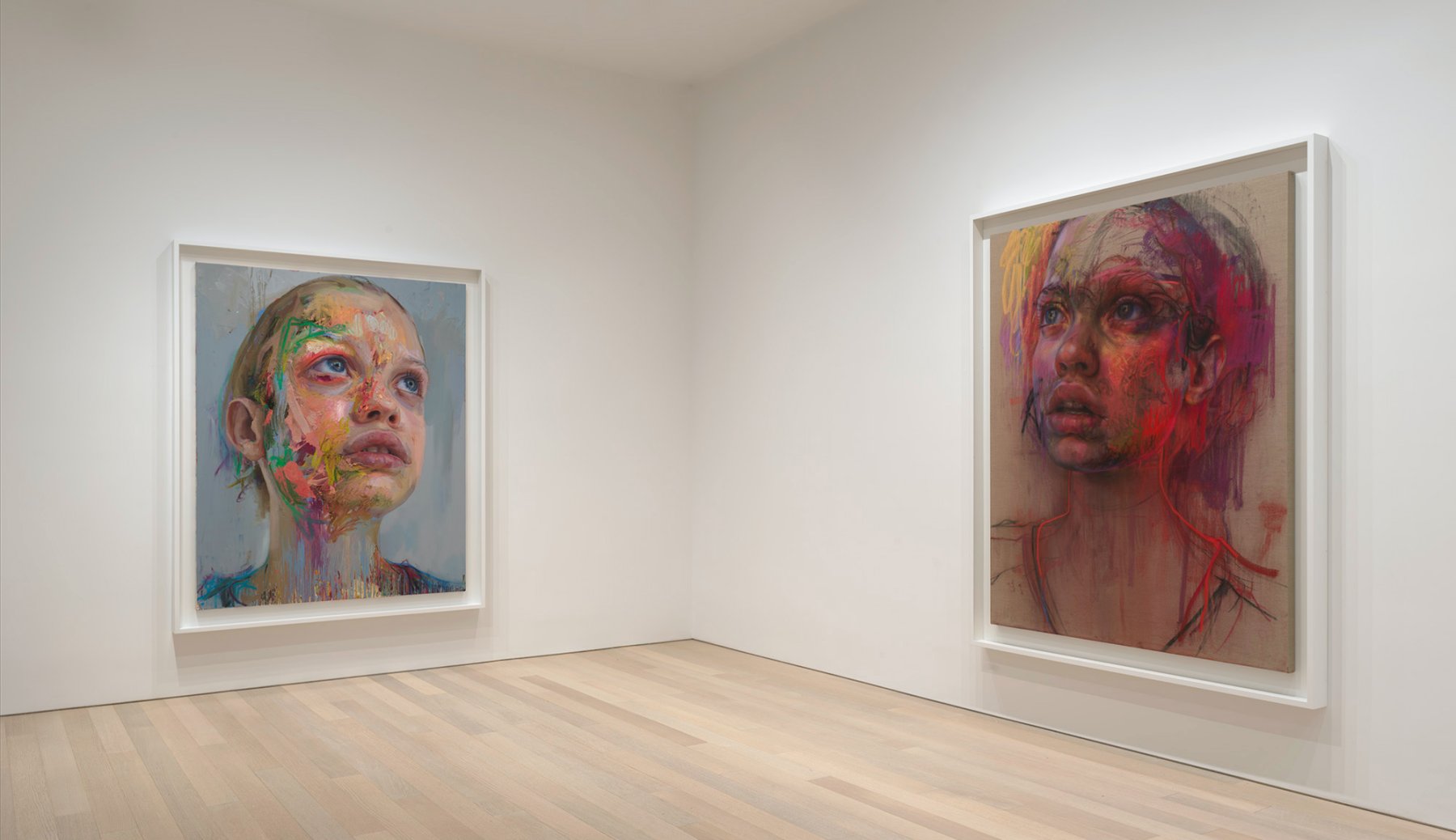 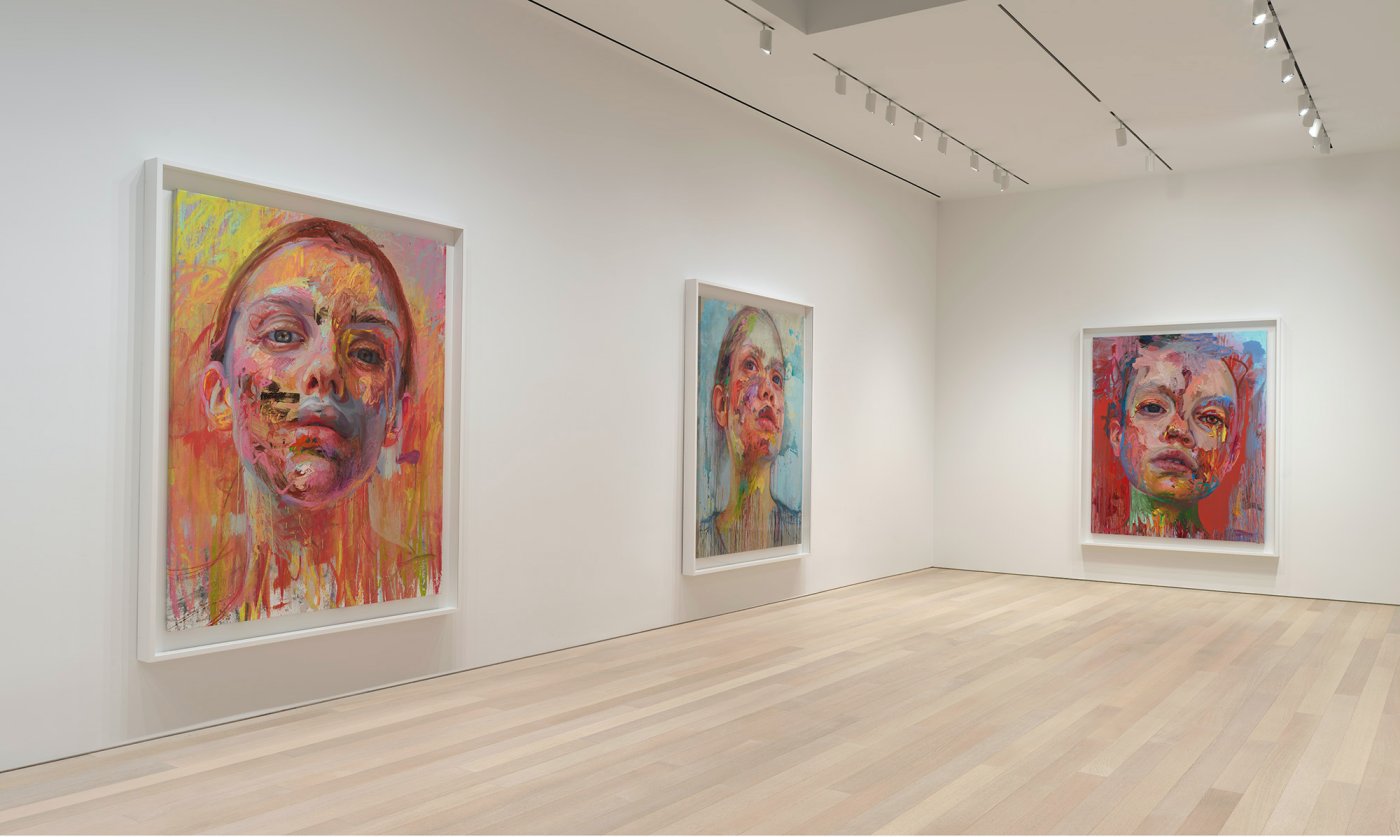 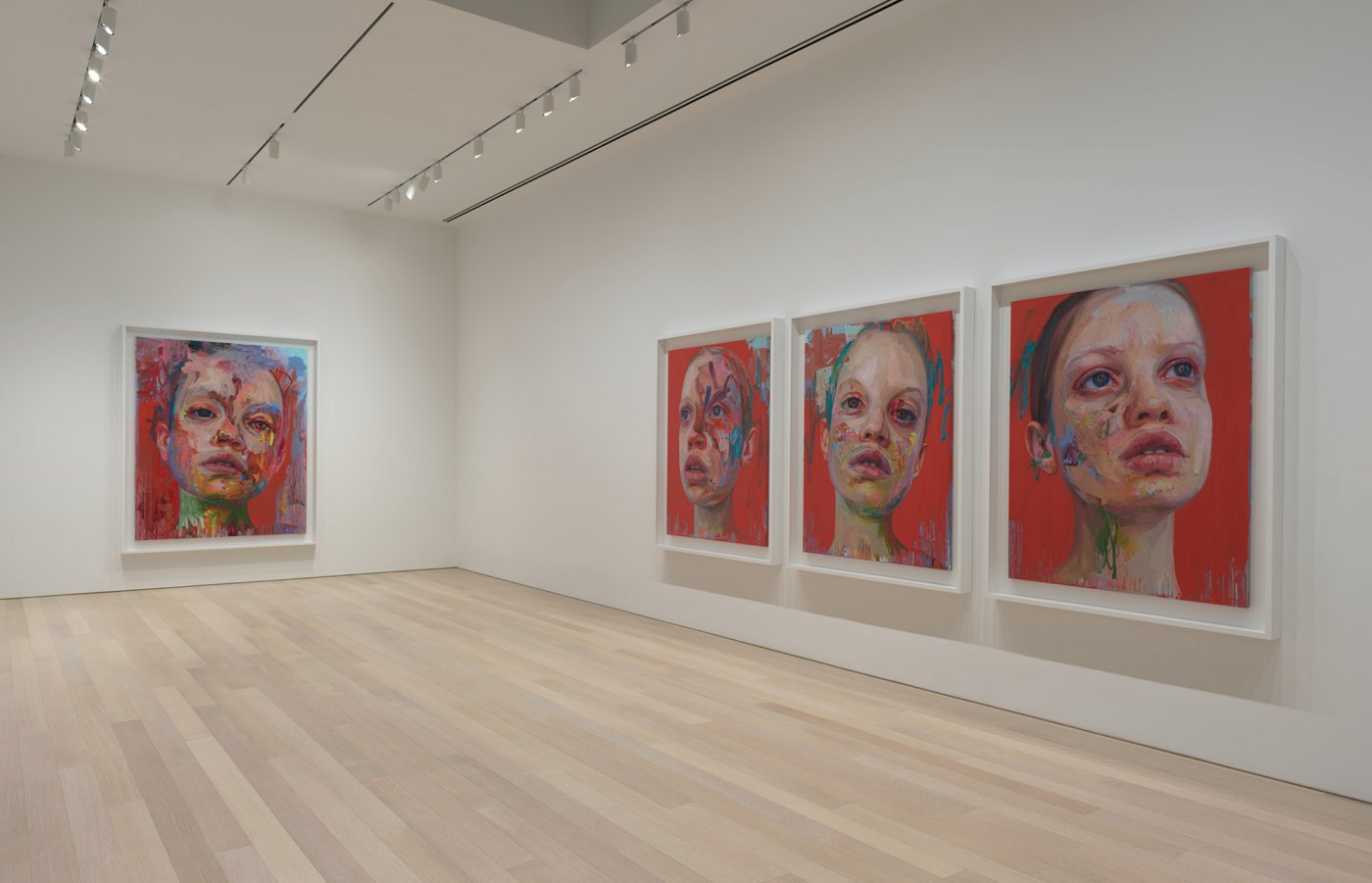 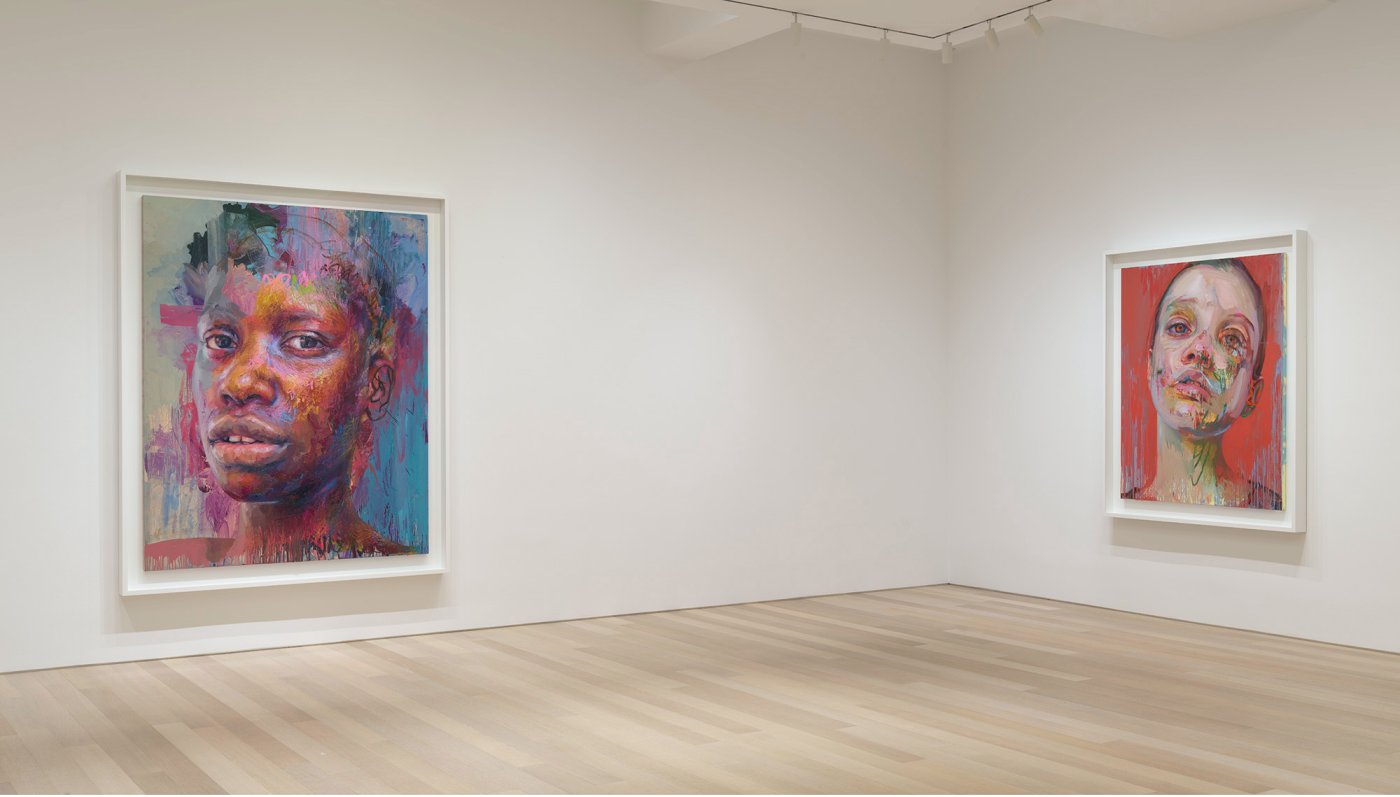 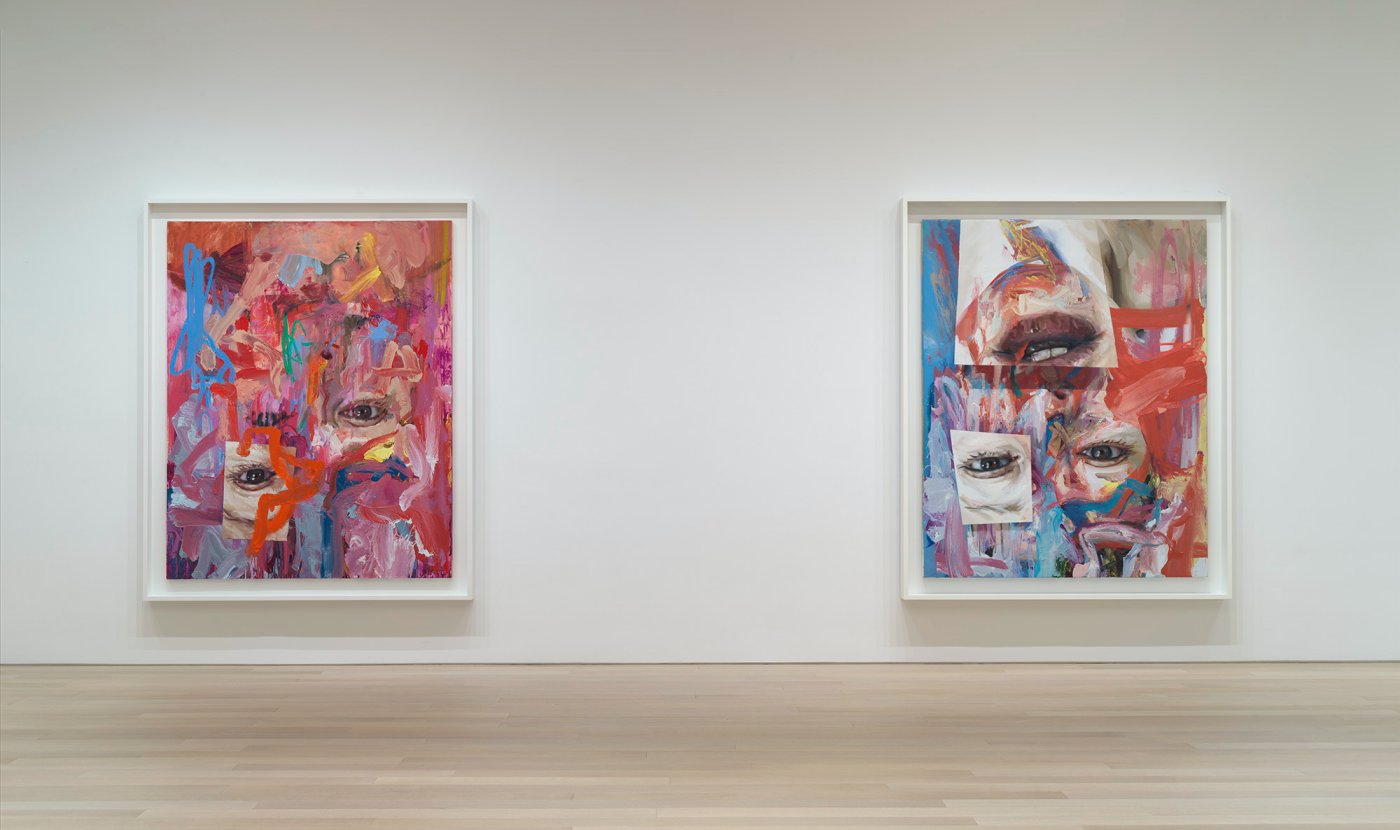 Saville’s monumental portraits explore the artist’s persistent fascination with the human body and its aesthetic potential through bold and sensuous use of surface, line, and mass. Titled after the ancient Greek personification of hope left behind at the bottom of Pandora’s box—a spirit traditionally associated with the burdens of human suffering—the paintings in Elpis are grounded in tangible realities while reaching toward their mythological dimensions.

Though resolutely of its time, Saville’s art speaks to a profound reckoning with the primordial lineage of humanity. The ancient world comprises one of her most enduring sources of inspiration. In the past, she has presented the human figure as classical sculpture, melding marble and flesh through a complex layering of body parts and transhistorical artistic tributes. In the massive canvases presented at her 2014 solo exhibition Oxyrhynchus at Gagosian, Britannia Street, London, Saville intertwined palimpsestic silhouettes and fleshly forms, alluding to the trove of documents and literature that lay dormant in the famed titular Egyptian archeological site for millennia.

Saville’s painting is steeped in a multitude of times and places; she illuminates some of the works in Elpis with gold oil bar to produce a shimmer recalling Byzantine icons and mosaics, whose metallic adornments were designed to take on a spellbinding and spiritually transcendent glow when lit by flickering candlelight. Her use of gold also invokes the precious metal’s association with divine embodiment, a tradition dating back to the ancient Egyptians, who imagined gold to be the “flesh of the gods,” and to the Greek myth of Danaë, who was impregnated by Zeus in a shower of golden rain.

Saville’s references and techniques span Western art history—combining the striking chiaroscuro of Baroque portraiture with the dappled light of Impressionist plein air painting—and also encompass snapshots from everyday life, such as the angular, translucent shadow of a windowpane or the light of a computer screen illuminating one’s face in the dark. The raw chromatic vitality of Saville’s new works was largely inspired by her recent travels to Australia, where she encountered the luminous, fleshy palette of Emily Kame Kngwarreye’s virtuoso paintings. For the fiery-toned pastel painting Prism (2020), Saville combines her tribute to the Indigenous Australian artist with another: she created this work using a set of crayons purchased from Henri Roché’s La Maison du Pastel, a famous art supply store in Paris once frequented by Edgar Degas.

Saville paints from photographs of models, often singling out and magnifying individual body parts that capture her attention: the vulnerable intensity of a wide-eyed stare, or the provocative glimmer of lips and pale teeth. In the self-portrait Virtual (2020), featured earlier this year in the first season of Gagosian’s Artist Spotlight series, Saville compartmentalizes her facial features into disorienting boxes that recall windows jostling for space on a computer screen, or the stream of talking heads that populate news broadcasts and online webinars. At the brink between realism and abstraction, Virtual recalls fragmented portrait heads by Pablo Picasso and Francis Bacon as much as it points to the increasing slippage between the physical and the virtual in today’s image-saturated world.