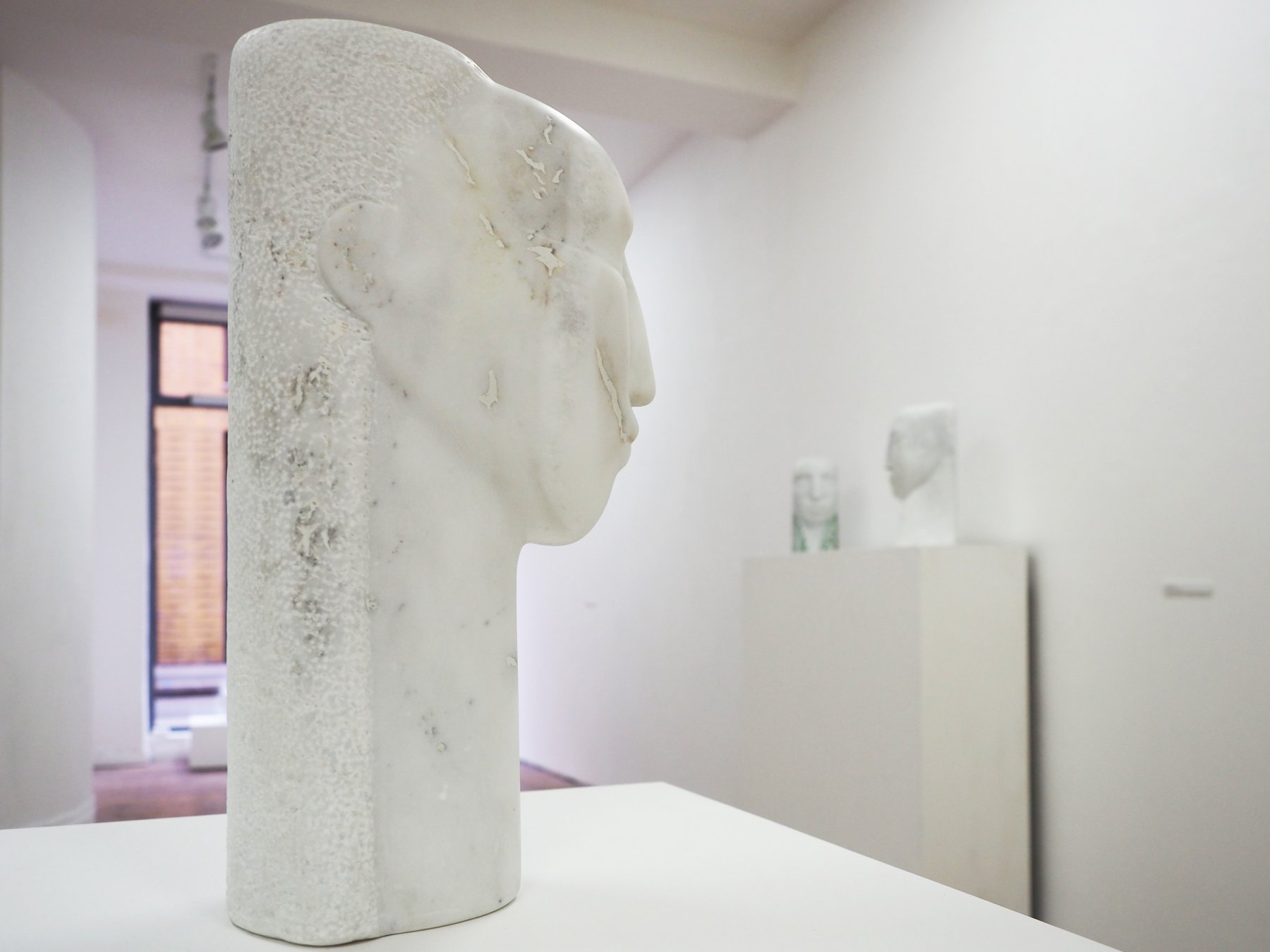 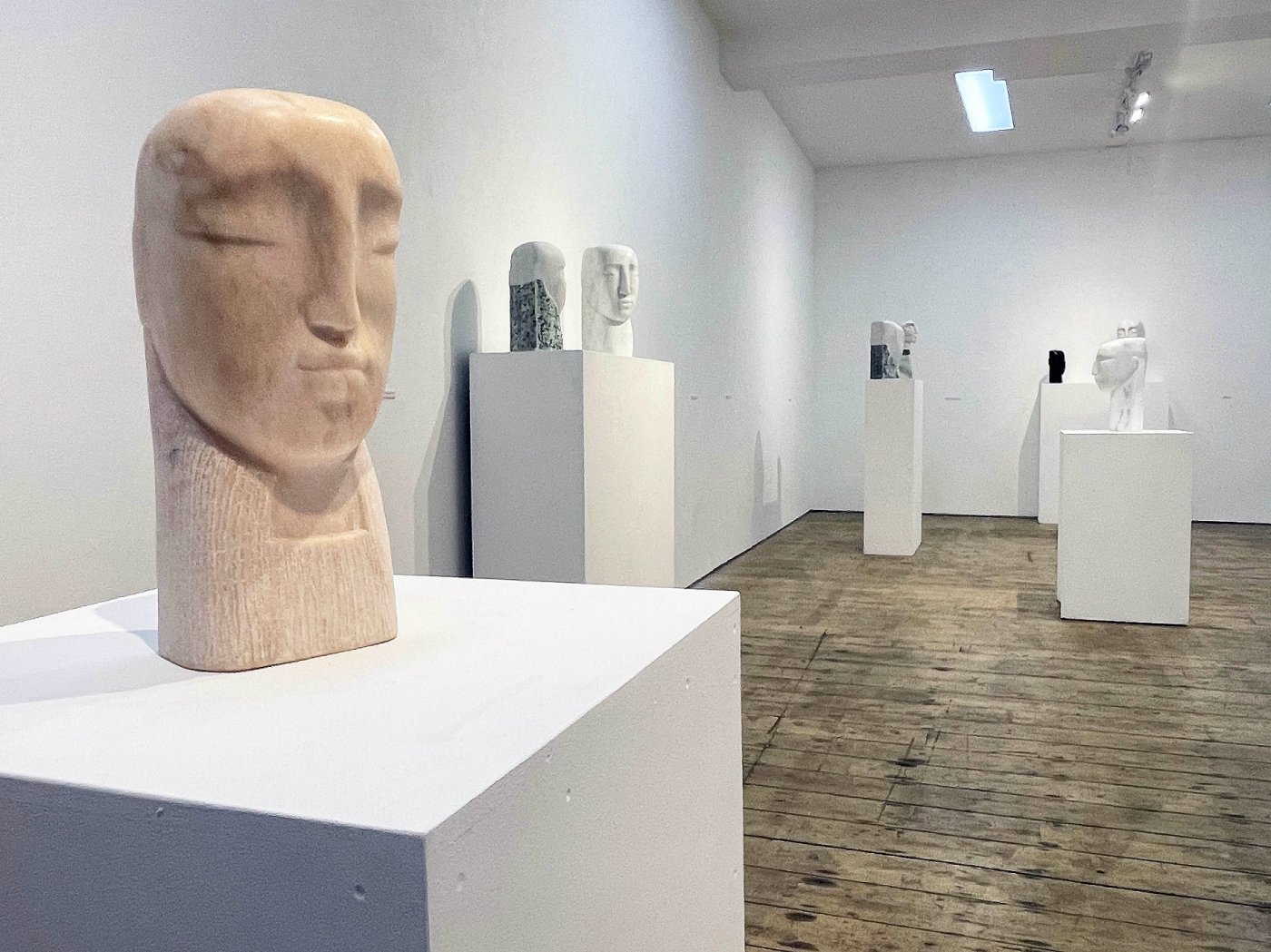 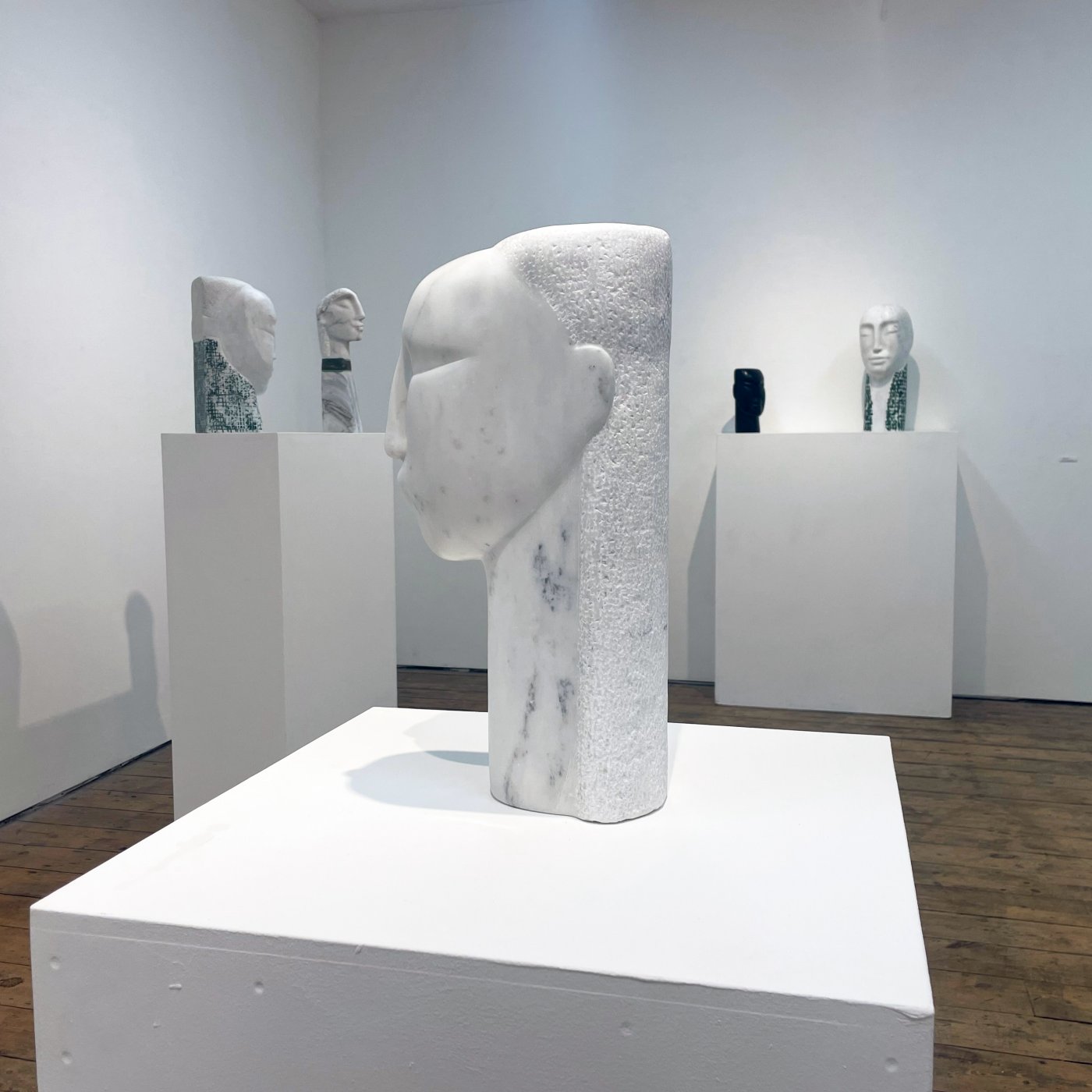 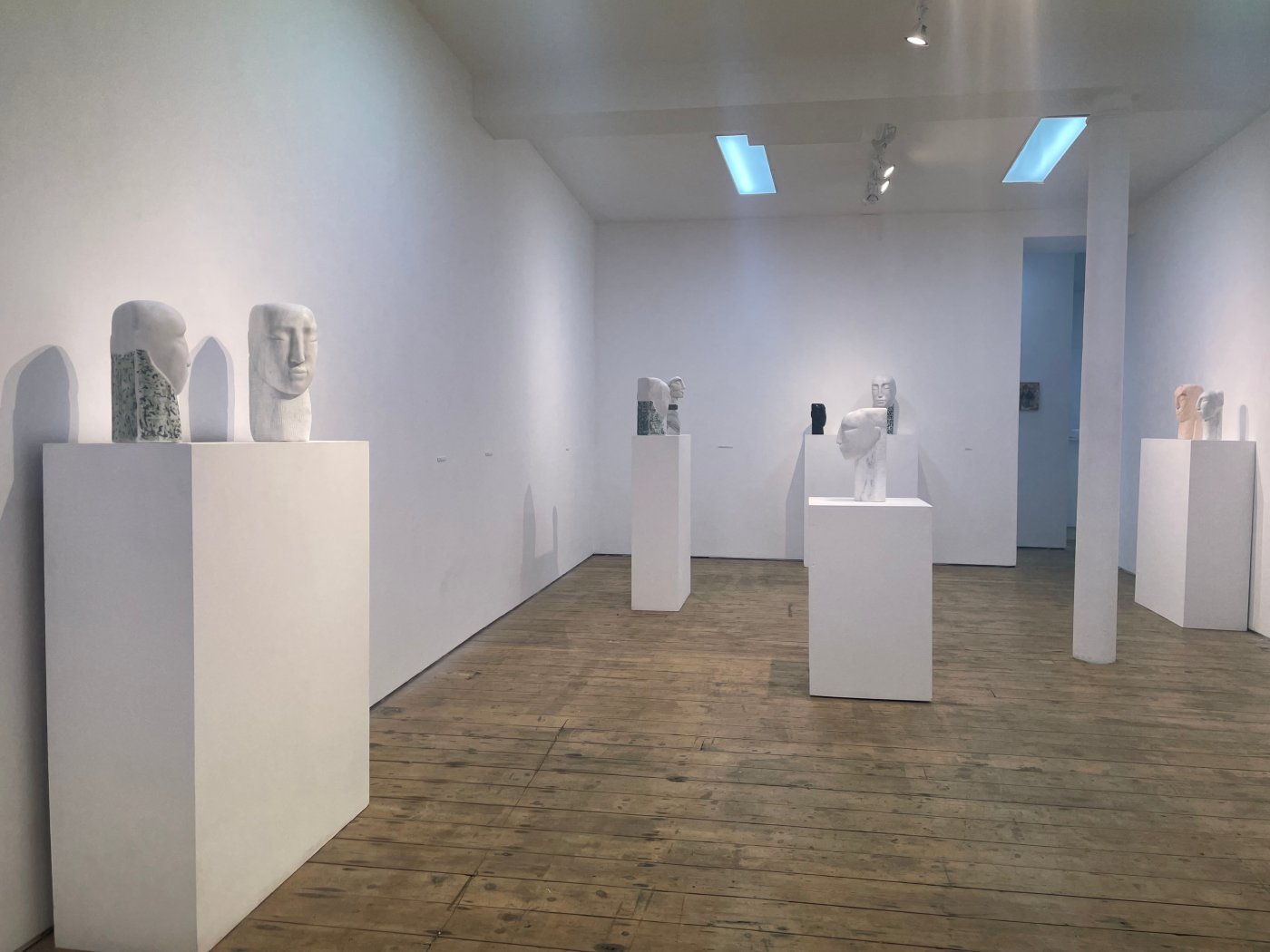 Following her degree from Byam Shaw Art School in London, Jenny McIntosh worked as a graphic designer for Virgin Mobile. In 2010 she moved to a house she and her partner had renovated in Tuscany and began life as a full time painter.

During a visit to Bali in 2017 she had her first experience of carving stone with a local sculptor. On returning to Italy she realized that she lived in an area rich in marble, a material which has been used by sculptors for centuries, and she decided to embark on the journey to carve marble. In 2018 she studied with stone carver Christian Lange in Pietrasanta, a nearby town which is seen as a mecca for sculptors over the years including Michelangelo.

McIntosh grew up in Calcutta and her influences are drawn from ancient Egypt, Cycladic sculptures and the ancient near and far east.

She says, “As a painter my work consists of solitary heads and singular bodies with no intended narrative. As a sculptor working with marble and its singular qualities, once again singular pieces are free carved into being. They are intended for quiet spaces. Conduits for contemplation. Vessels for someone else’s narrative.

A relationship with a piece of art is personal. Intimate. As it is for me in the making of them before they became free in the world to become whatever they might be for others.

They have been hard won. At time laborious. At others like a communion with an ancient sleeping world. Drawing into the marble is very much like drawing within painting. The image finally, in the words of Michelangelo “being freed from the stone”

Free carving to me is about drawing into the stone – with no previously made clay model for reference or to point from.”

Brought up in Calcutta and Edinburgh, McIntosh now divides her time between London and Italy where she has her studio.

Courtesy of the artist and Bermondsey Project Space, London