Gagosian presents an exhibition of ten recent works by Jeff Wall. This is his first exhibition in Los Angeles in nearly twenty years. Seven of the photographs were made in Los Angeles, where Wall lives and works in addition to his native Vancouver. 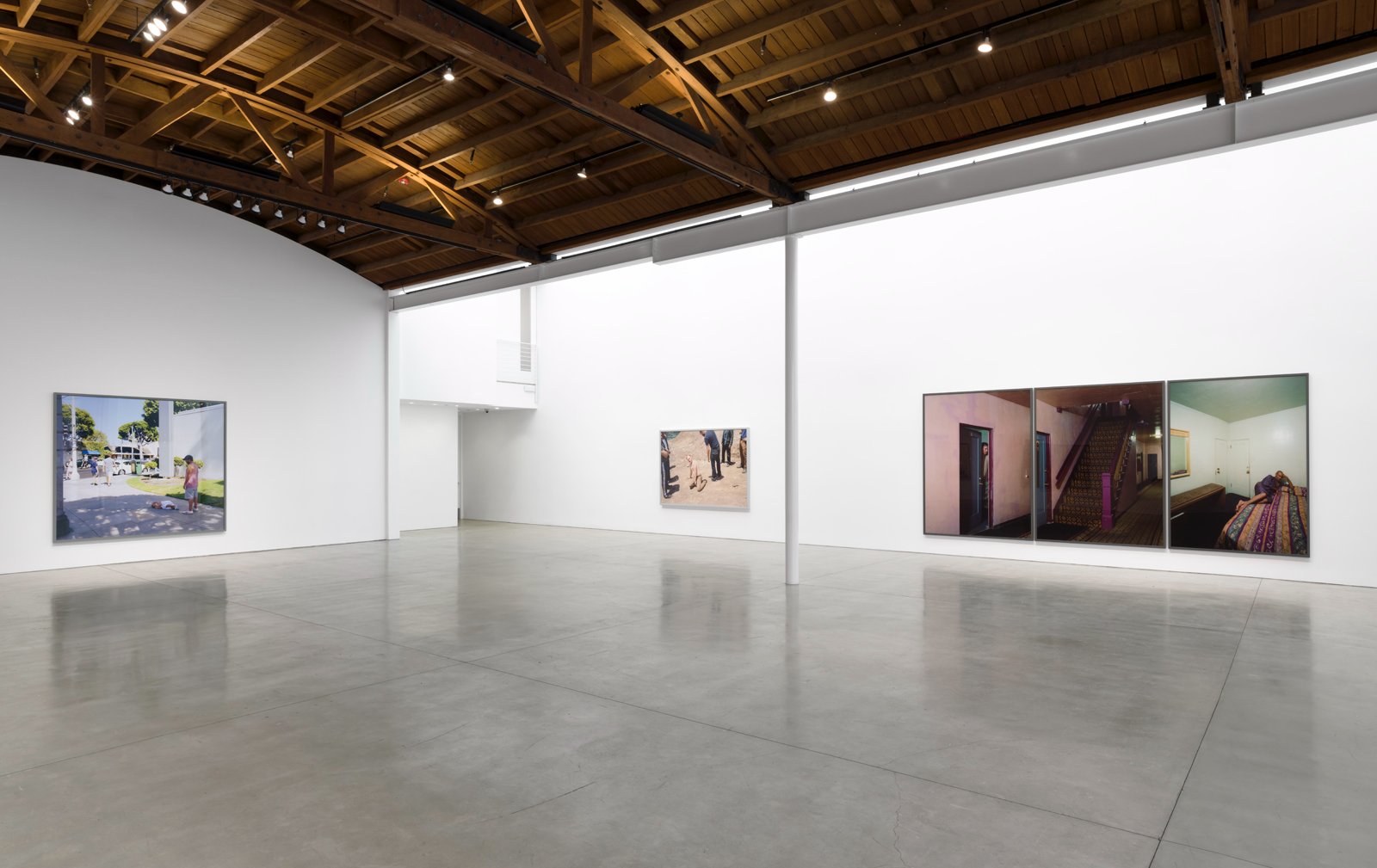 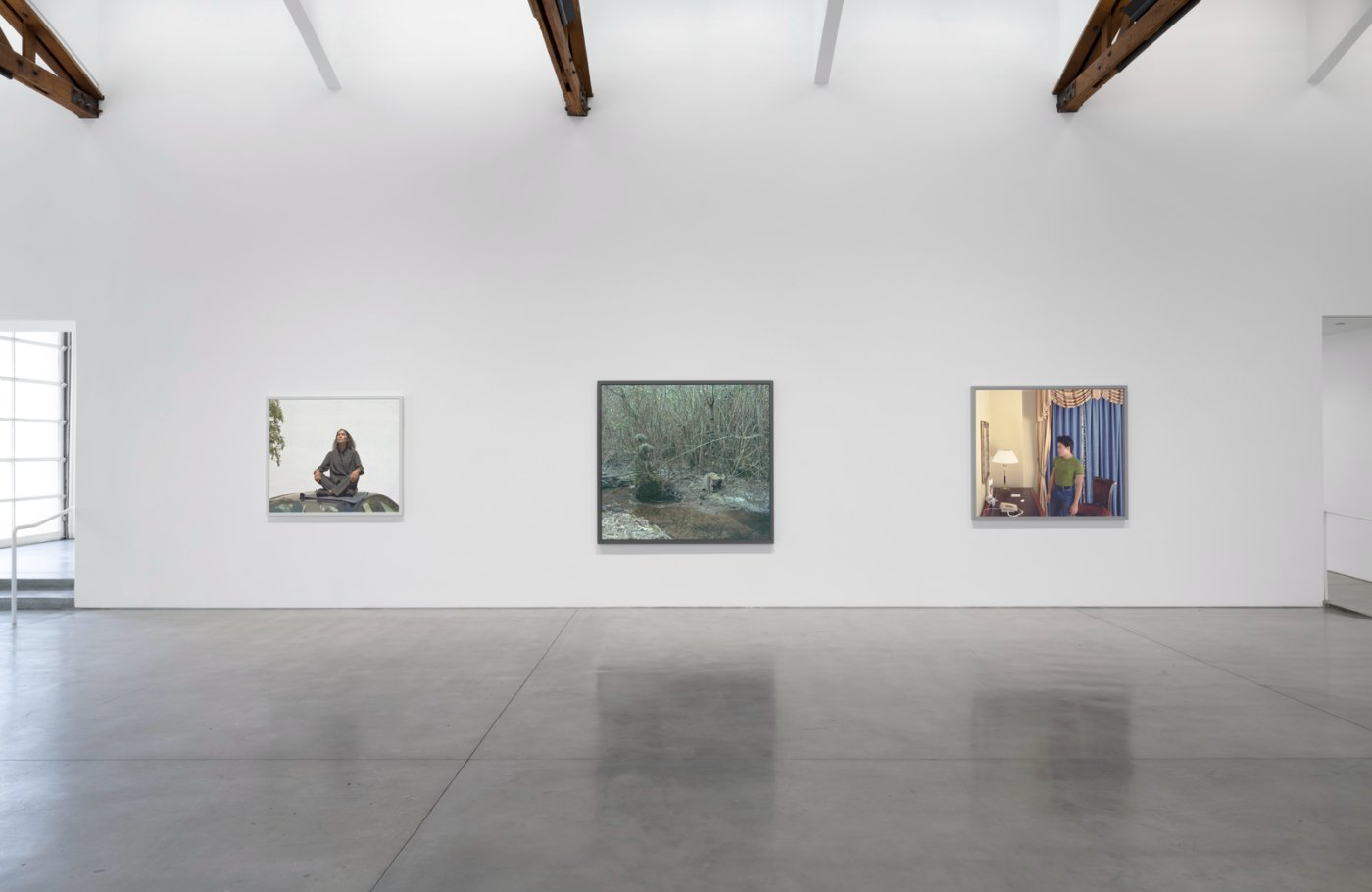 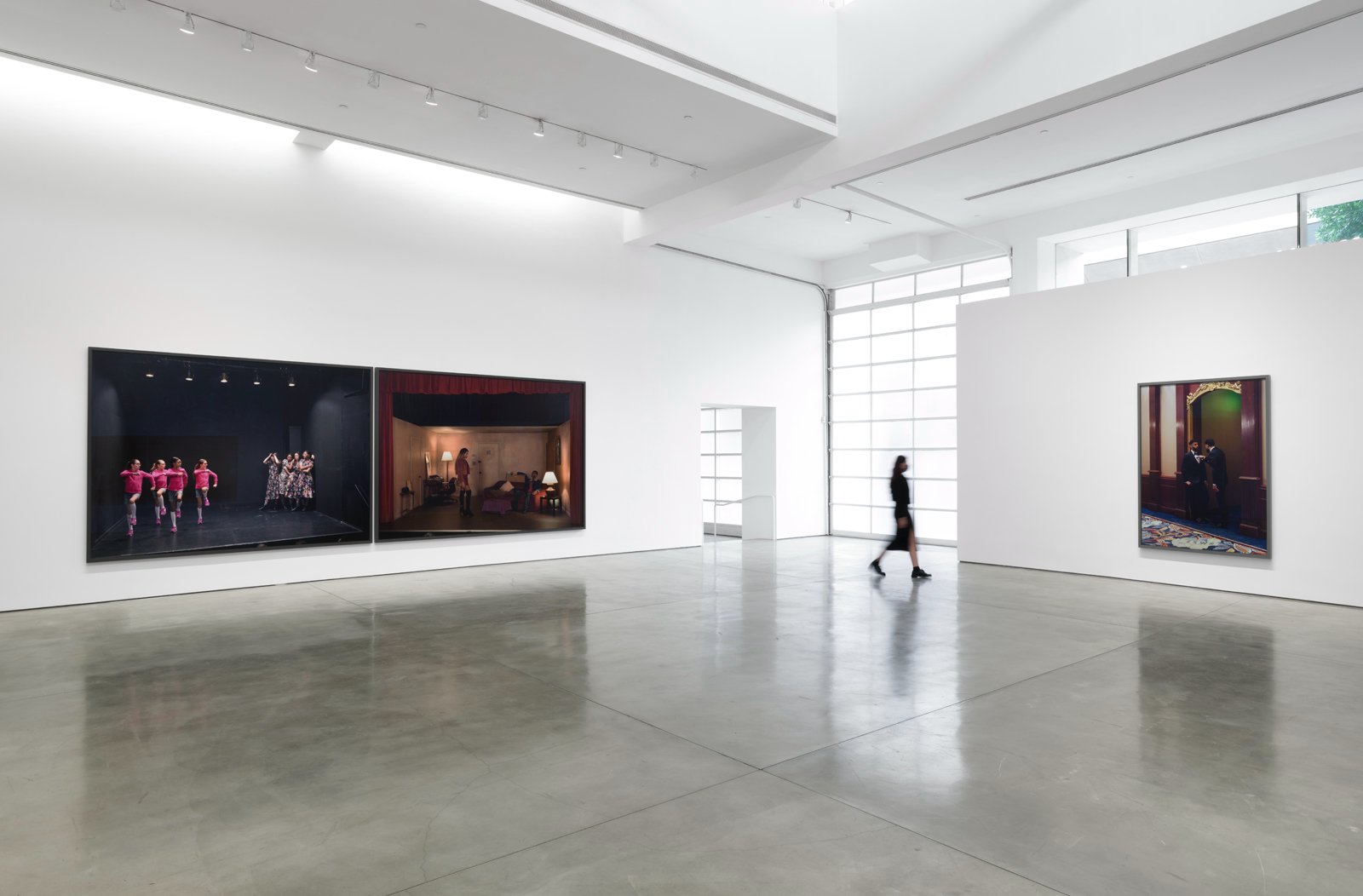 In this exhibition Wall presents a group of “near documentary” realist pictures, one of the principal directions his work has taken over several decades. Men confront each other in tense situations in Listener (2015) and Event (2021). Young people are absorbed in solitary moments—a reclining woman seems fascinated by the sparkling crystals of a necklace (A woman with a necklace, 2021); another, eyes shut, faces the blazing afternoon sunshine from atop an automobile (Sunseeker, 2021); a man reads something written on a hotel room mirror (Man at a mirror, 2019). And a man confronts a musing child: Parent child, photographed on Larchmont Boulevard in 2018, is a reconstruction of an incident reported to the artist by the father of a small daughter.

Trap set (2021) extends Wall’s long-standing interest in places and the documentary recording of them. In the photograph, a baited animal trap is set along a suburban creek in Vancouver on a frozen February day during mink season.

Wall has composed several two- and three-part works over the past decade. Staircase & two rooms, photographed in a Hollywood rooming house in 2014, depicts three related spaces, which both connect and separate the two inhabitants. In Pair of interiors (2018), a middle-aged couple relate or fail to relate to each other in their large lamplit living room; the characters are played by four different people across the two images. His latest two-part work is Actor in two roles (2020). The large photographs each show a moment from a play written and produced within the past two or three years. Wall has replicated the designs of specific productions, adapting them to the “little theater” format of the Los Angeles stages he rented to make the work. Actors must continually change roles and identities, from week to week, day to day, or even during a single day. The diptych structure uniquely permits this transformation of identity and appearance to be witnessed as if it were simultaneous.

The exhibition will be accompanied by the publication of the second volume of Wall’s catalogue raisonné, which documents his work from 2005 through 2021. Published by Gagosian and edited by Gary Dufour, it includes an essay by Jean-François Chevrier and conversations with the artist by David Campany and Thierry de Duve.

A retrospective of Wall’s work is on view at Glenstone in Potomac, Maryland, through March 2022.