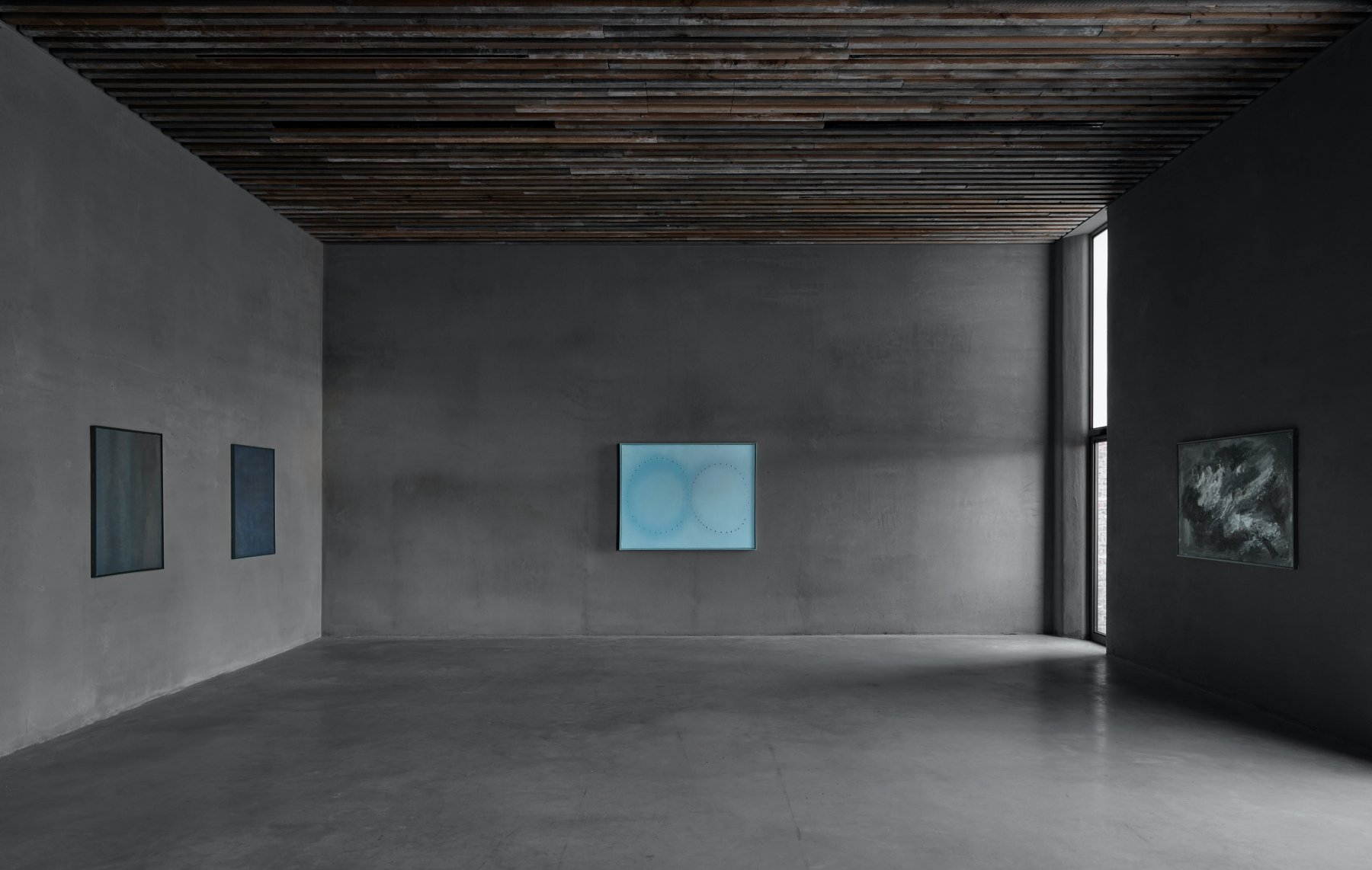 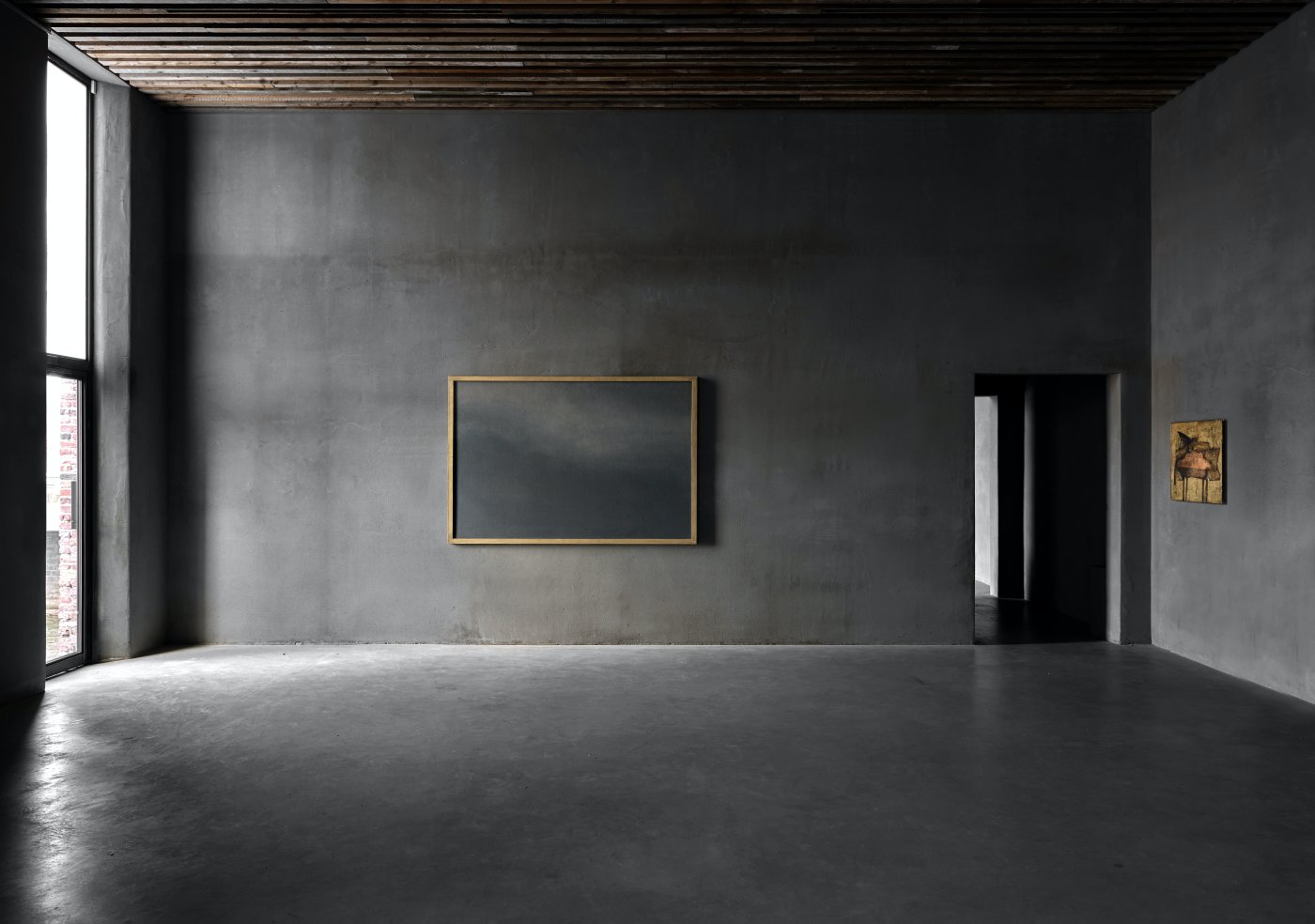 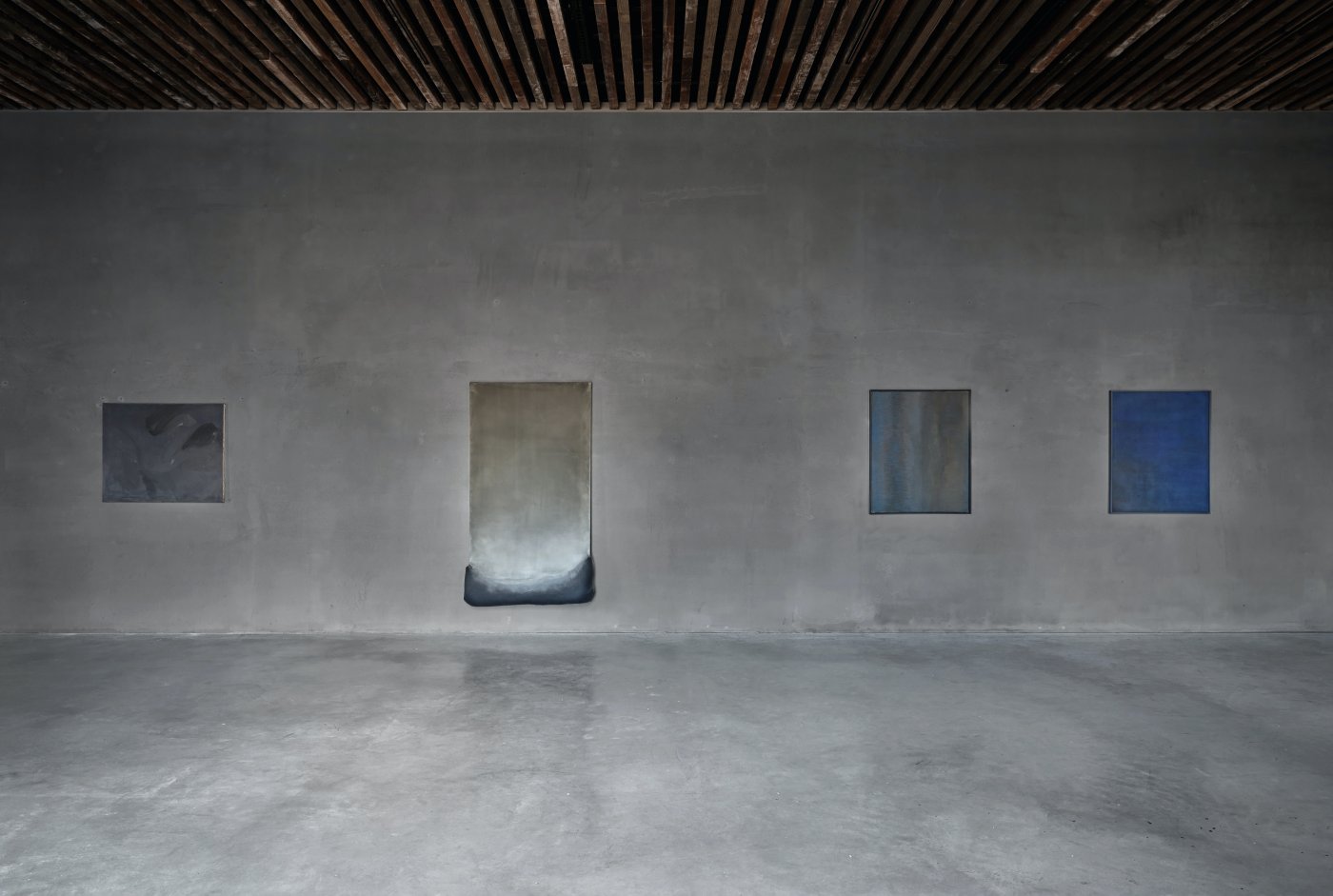 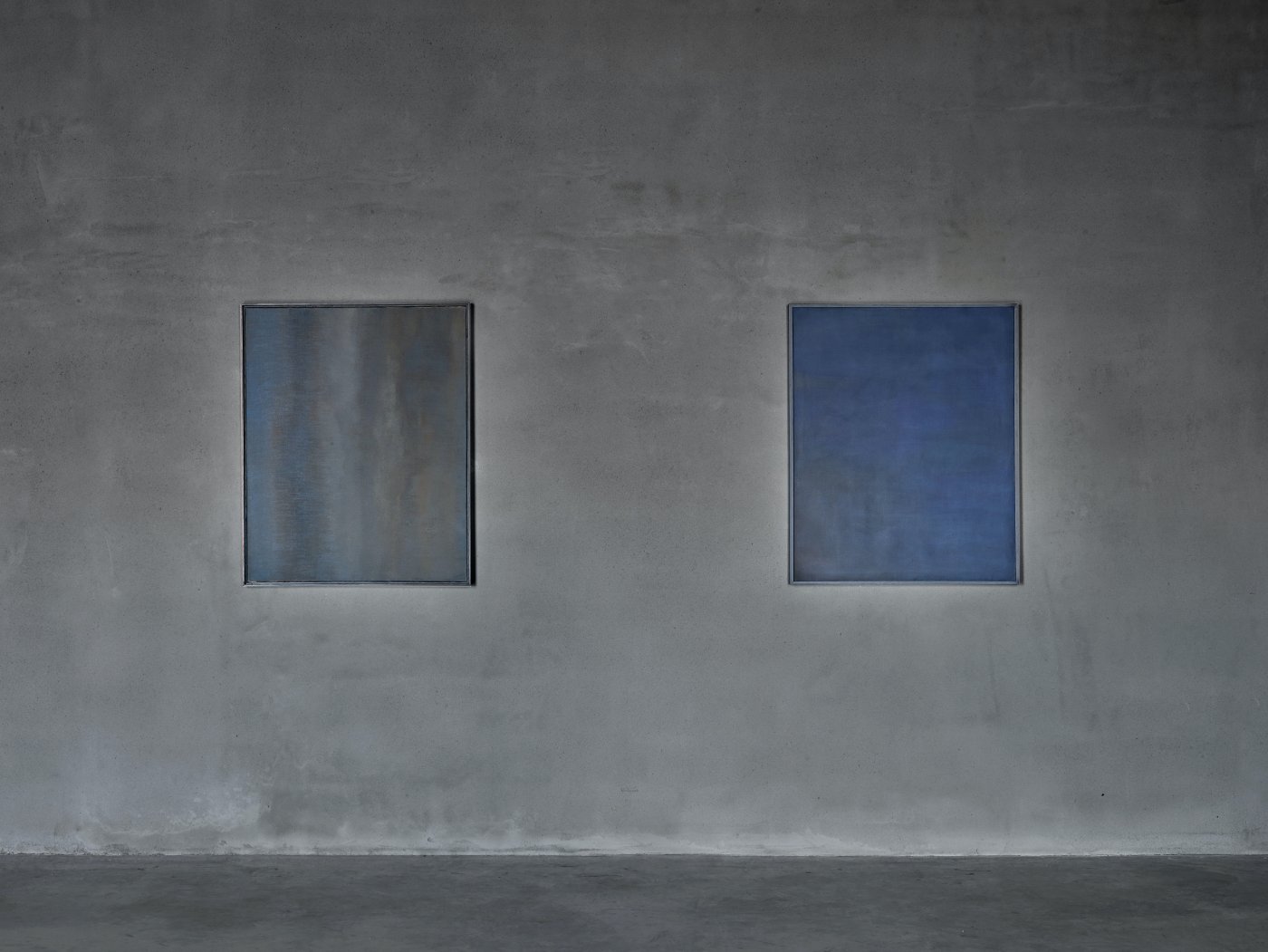 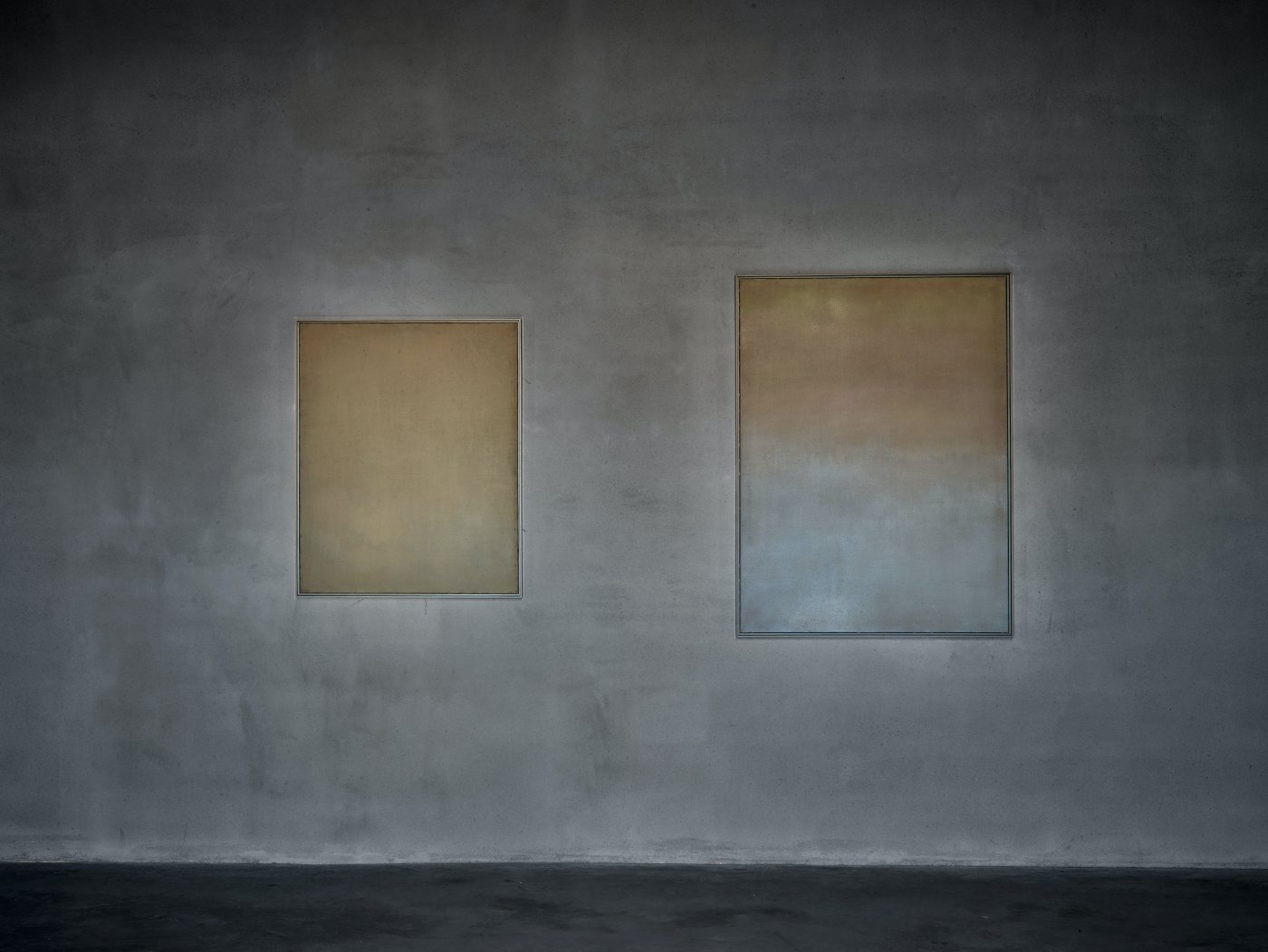 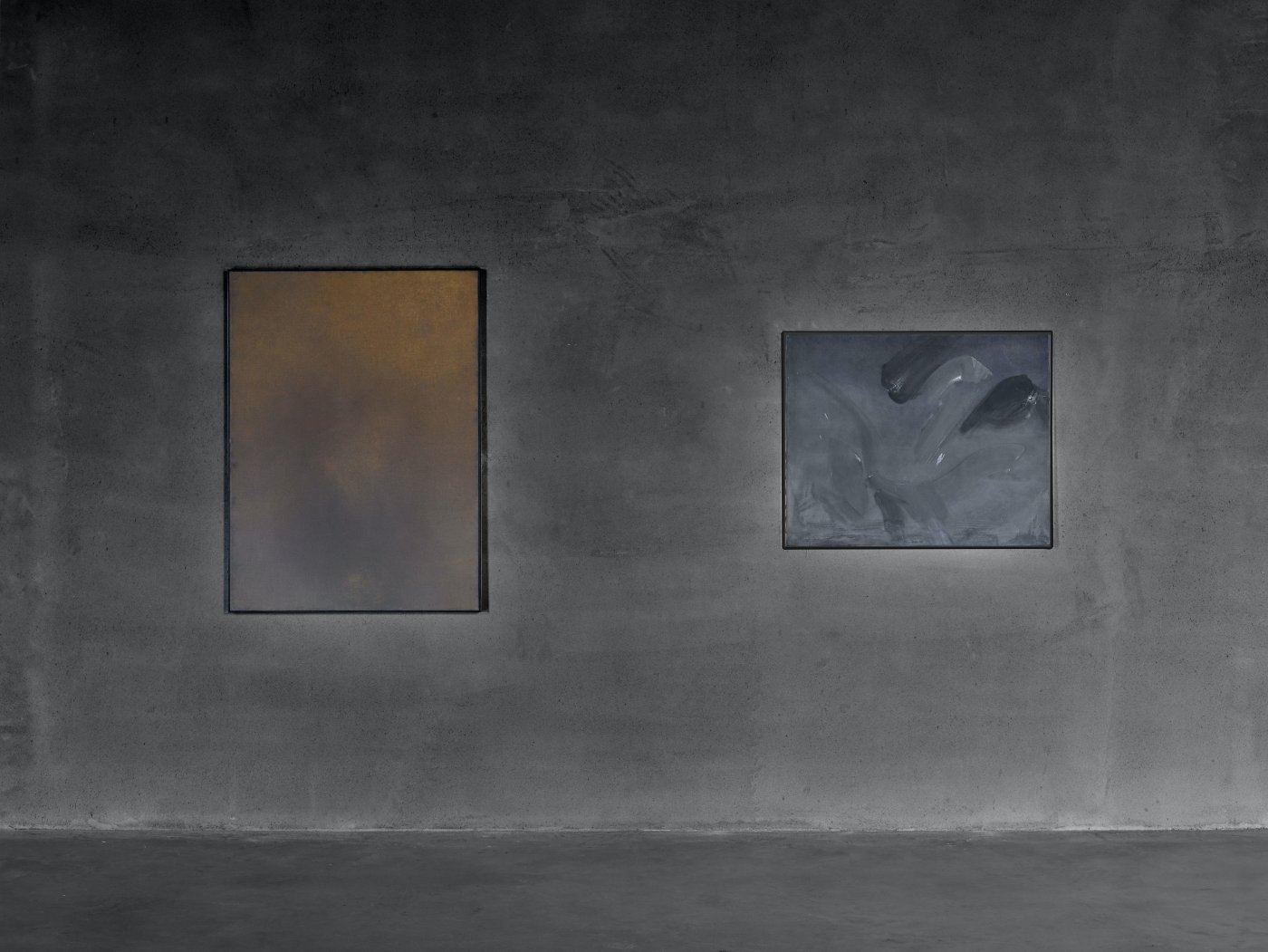 In the late 1950s and early 1960s, European cities such as Antwerp, Düsseldorf, and Milan were meeting places for artists like Jef Verheyen (1932-1984) who aimed to explore artistic boundaries, while their friendships intensified. This exhibition brings together early works from Jef Verheyen and some of his Belgian friends including Englebert Van Anderlecht, Bram Bogart, and Walter Leblanc, while also showcasing the international context in which Verheyen was prominent with Yves Klein, Günther Uecker, Lucio Fontana, Heinz Mack, and Otto Piene. These artists brought painting back to its essence and opened the road to infinity with concepts like light being the essential mechanism, colour being the pictorial dynamic and transcendental element.

An ambitious internationalist, Antwerp-born artist Verheyen was the link between the Belgian and international art worlds in several areas. He was also an avid correspondent and wrote numerous letters to artists and collectors. At the Antwerp Academy, Verheyen met Walter Leblanc (1932-1986) with whom he shared the same passion for questioning painting and the interest in light and space. They both belonged to Group G58 and on several occasions, they were present at the same exhibitions, including the Belgian Pavilion at the Biennale of Venice in 1970.

Together with Englebert van Anderlecht (1918-1961), Verheyen laid the foundations for a new art movement at Hans Liechti’s gallery in Grenchen in Switzerland: De Nieuwe Vlaamse School (The New Flemish School). In this manifesto, the artists and writers insisted on the universal character of their art based on their Flemish origin. For Verheyen, there was a link with Flemish Old Masters for their use of classical painting techniques, and there was also a strong interest in geometric and mathematical proportions as a manifestation of universal harmony. In 1960, Verheyen produced a number of paintings together with Van Anderlecht entitled ‘Ni l’un, ni l’autre’ (“Neither one, nor the other”). For Van Anderlecht, painting meant a search for hidden inner rhythms to be expressed in short violent brushstrokes.

Verheyen’s real family was not to be found in Flanders or Antwerp but in a more international context. The encounter with Lucio Fontana (1899-1968) in 1957 was of capital importance for Verheyen, who was 25 at that time. Fontana, who was 58, recognised in the painter Verheyen a similar urge to break through the painting, to rejuvenate the genre, and penetrate the essence of art. He supported Verheyen not only with encouragement. He helped him establish contacts with fellow painters like Piero Manzoni (1933-1963) and Roberto Crippa (1921-1972), as well as with collectors and galleries in Milan, which was at that time the city of avant-garde art and fashion. Although he was much older, Fontana referred to Verheyen as ‘il mio padre’ (my father). When Fontana came to Belgium in 1962, five years after their first encounter and after visits, correspondence, and openings, his primary purpose was to create common paintings with Verheyen. At a villa in Knokke, they collaborated on ‘Rêve de Môbius’ and Belgian TV filmed part of the event.

Besides Fontana and Manzoni, Verheyen also felt a strong connection with Yves Klein (1928-1962). Not only for his favourite sport judo, and his fanatism for formal ritual events but especially for his never-lasting energy to create art with new materials and his burning ambition to free art from its material limitations. In a 1973 interview, Verheyen said:

“We grappled with the problem of how to go beyond Tachism and Art Informel. What mattered more to us was to create consciousness-raising painting. We had turned away from Abstract Expressionism. The four of us – Fontana, Yves Klein, Manzoni, and I – responded to it with a collective idea. […] We communicated very well with each other. That was because we had the same artistic concerns […] We were pursuing the same ideas.”

Verheyen also found kindred spirits in Düsseldorf, where ZERO Group was formed in 1957 originally by Otto Piene (1928-2014) and Heinz Mack (°1931) and one year later joined by Günther Uecker (°1930). Verheyen officially became a member of this movement in 1962. ZERO considered colour to be an emanation of light. The group’s philosophy implied a rejection of the vision that art should be the voicing of a tortured personality in a tortured world. It was art for art. ZERO was looking towards the future and trying out new materials and techniques. Verheyen became close friends with Uecker, of whom he said: “Uecker and I immediately felt that affinity that is so vital to friendships between artists.” Two years later, in 1964, Verheyen and Renaat Braem (1910-2001) organised an ambitious international exhibition in Deurne, Integratie 64, with work by Fontana, Goepfert, Klein, Mack, Piene, and Uecker.

Verheyen made his first black paintings in 1956 and he defines them as ‘Schwarz darstellen’ (depicting black) referring to an idea of Paul Klee. However, in a letter from 1975 to Dominique Stroobant (°1947), Verheyen stated that this attribution was an invention from himself and was never published by Paul Klee. Current knowledge of particle theory has established that black is not a non-colour but un-matter. Verheyen sensed this intuitively.

In Verheyen’s early works, one can feel the influence of Taoism and Chinese art, resulting in a more spiritual reading and deeper use of “clair-obscur”. The darkness of these paintings shows the importance of emptiness, in which, according to Verheyen, the essence reveals itself. A concept was explained in the essay, ‘Essentialism’ that Verheyen wrote in 1959. He wanted to bring painting back to its essence and open the road to infinity with concepts like light being the essential mechanism, colour being the pictorial dynamic and transcendental element.