Click here to book an appointment to view the exhibition

Lévy Gorvy inaugurates its new global initiative REVEAL, an ongoing series of single-work focus exhibitions devoted to postwar and contemporary masterpieces, accompanied by in-depth contextual materials and educational programming both in its spaces and online. Soulages 1953 presents a seminal painting by France’s greatest living artist, Pierre Soulages. Offering viewers a historical perspective on Soulages’s oeuvre, this defining work is presented for the first time in nearly sixty years and is placed in dialogue with an exhibition of his recent Outrenoir paintings, highlighting a period during which Soulages developed his mature style and gained international recognition. 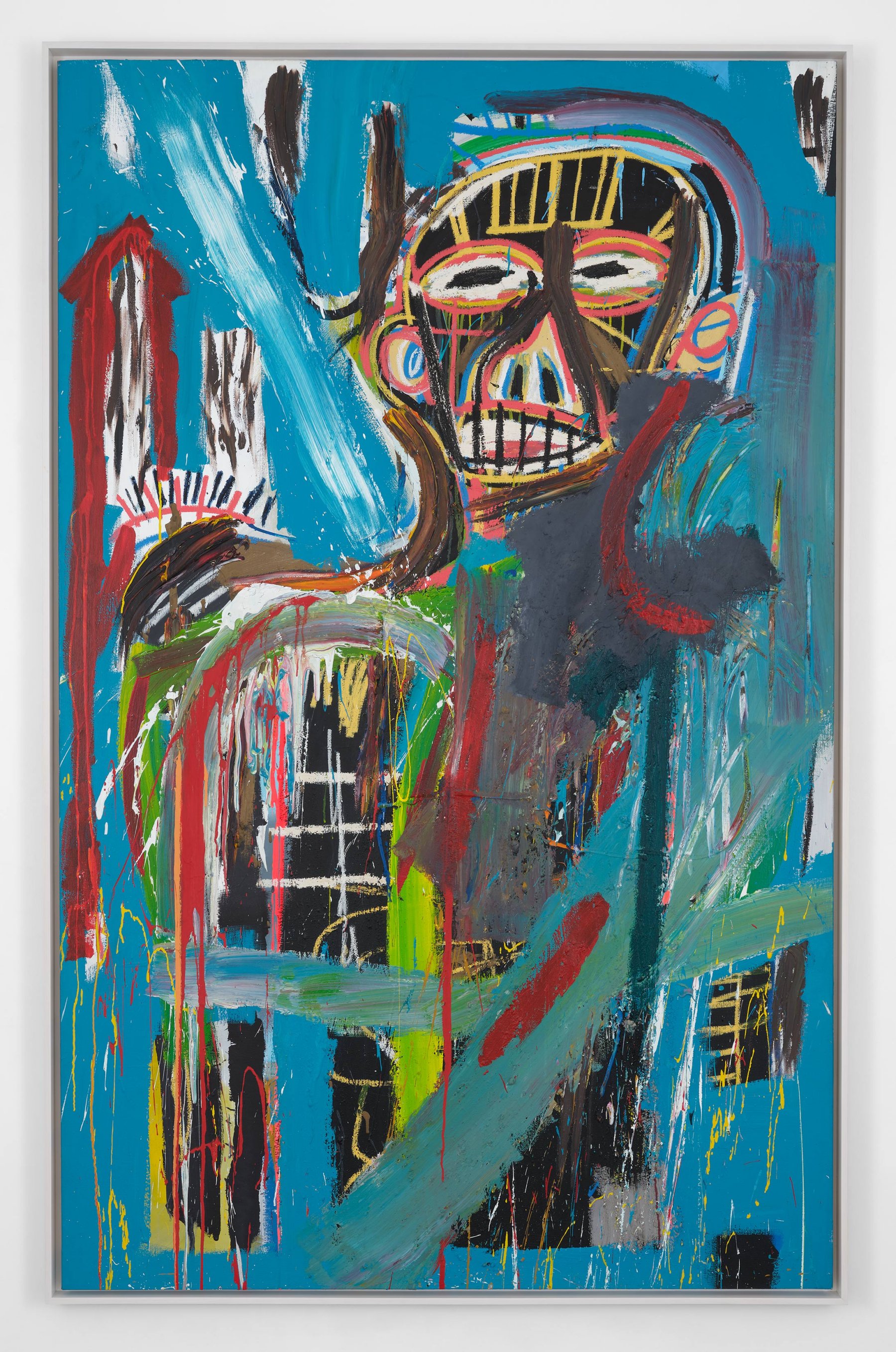 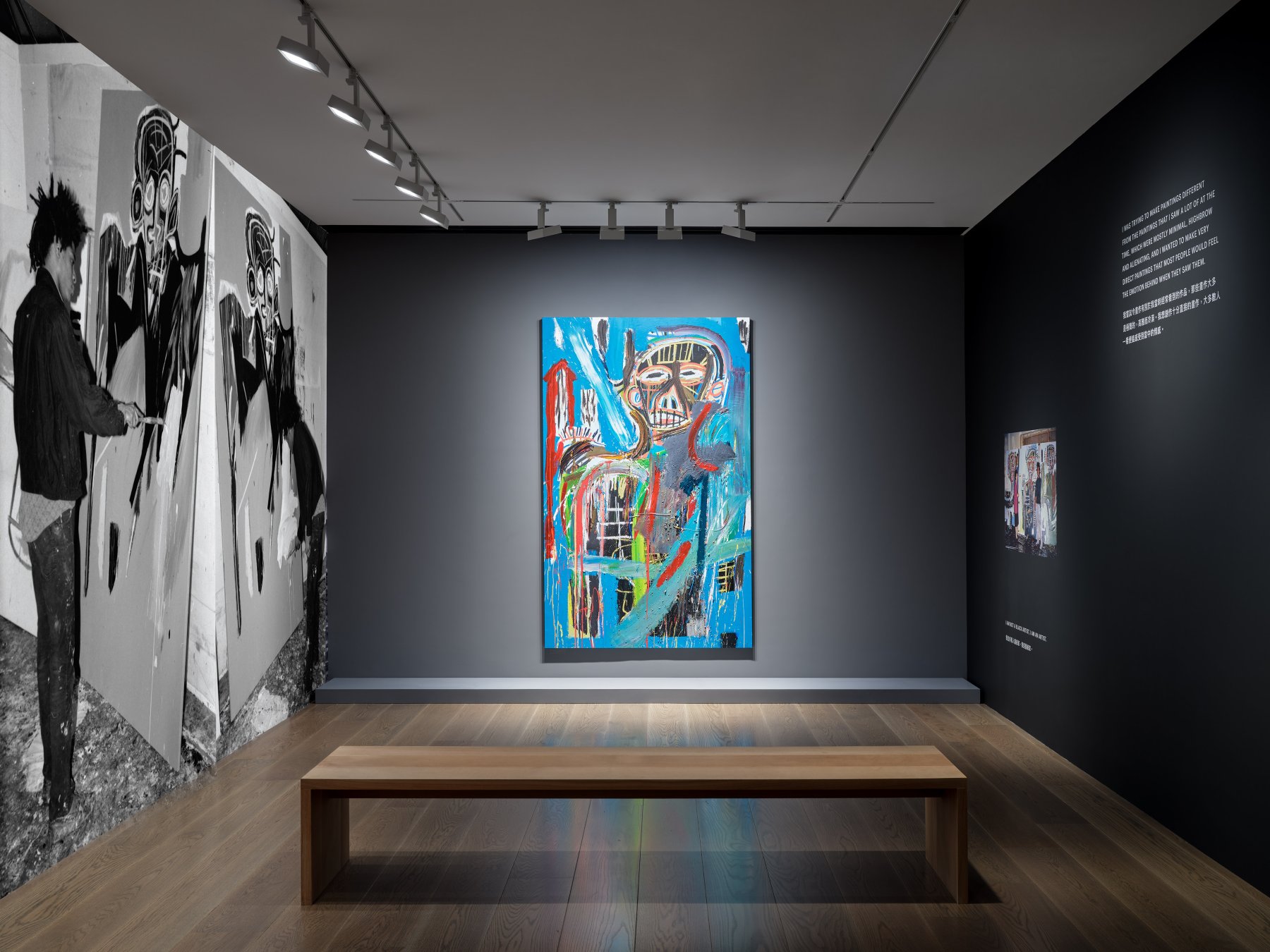 Basquiat’s Untitled (1982) is an electrifying portrait of a Black hero figure standing proud amidst the chaos of abstracted painterly form and color. The canvas is one of Basquiat’s most impressive and important works, part self-portrait, part idol, part dream image, part nightmare vision. Untitled is one of famous trio of large-scale paintings on the theme of the prophet that Basquiat made in 1982, the pivotal year of the artist’s meteoric rise to international stardom. Supported by his first dealer Annina Nosei, who provided him with his first supply of high-quality working materials and a dedicated space to paint, Basquiat was able in 1982 to realize for the first time an ever-more extraordinary sequence of hauntingly powerful paintings depicting what he described as “royalty, heroism, and the streets.”

The vast majority of paintings that Basquiat made during this period depict a lone Black figure as hero. Throughout 1982 and afterwards, these figures began to function like talismans or spiritual guides within an ever-widening personal mythology that the artist wove into his art. Some works from this time appear to draw upon an inner world populated by saints, prophets, and ghosts. The Basquiat painting Untitled on view at Lévy Gorvy Hong Kong falls into this category, presenting the viewer with the artist’s omnipotent, embattled alter ego.

In the summer of 1982, Basquiat began a trilogy of proxy self-portraits on the theme of the prophet that included Untitled. Distinctly totemic, the inner anatomy these figures is sometimes visible, as if seen via an x-ray. Suggesting an artist-as-seer, these manifestations of Basquiat’s psyche give form to his self-image, radiating energy and psychic power. With its semi-abstract composition of colorful brushwork, Untitled fuses self-portraiture with the gestural style of America’s leading Abstract Expressionist masters, Jackson Pollock and Willem de Kooning, revealing Basquiat’s deep and uniquely astute engagement of both art history and street life. The result is an expressive masterpiece from a defining moment in Basquiat’s career that Lévy Gorvy is proud to exhibit for the first time in Asia.

“We are excited to launch REVEAL, a new series of focused exhibitions that will bring major works of art to our galleries around the world,” says Brett Gorvy. “At a time when travel is heavily restricted, we look to engage with collectors and the public on the ground while simultaneously connecting to a global audience using our digital platforms to introduce these preeminent artists and their masterworks. We are proud to start this program with Jean-Michel Basquiat’s Untitled (1982). Basquiat’s work feels incredibly relevant and alive today. In Untitled, Basquiat presents himself as a prophet and seer. His raw emotion and the spontaneity of his brushwork conveys an emotive power that seems especially significant to our times.”