As part of the curatorial program, Bigaignon is proud to invite each year an artist who has built an outstanding body of work which deserves to be brought to light. After Irène Jonas in 2020 and Hideyuki Ishibashi the year before, the gallery’s collectors and art enthusiasts are in again for a special treat for this 2021 edition, as we welcome the work of Jean de Pomereu in this remarkable and never-before-seen exhibition entitled « Echos ». 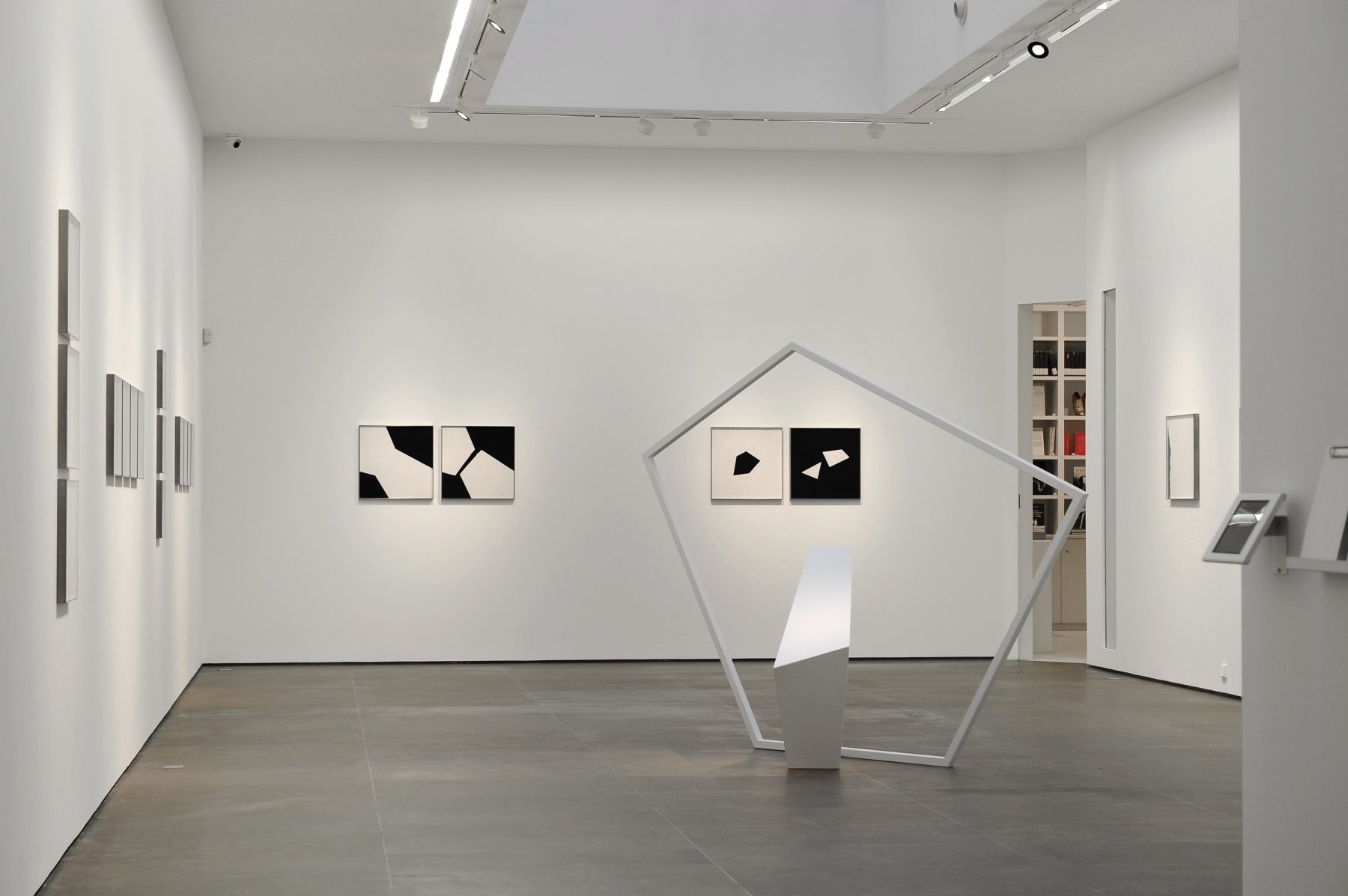 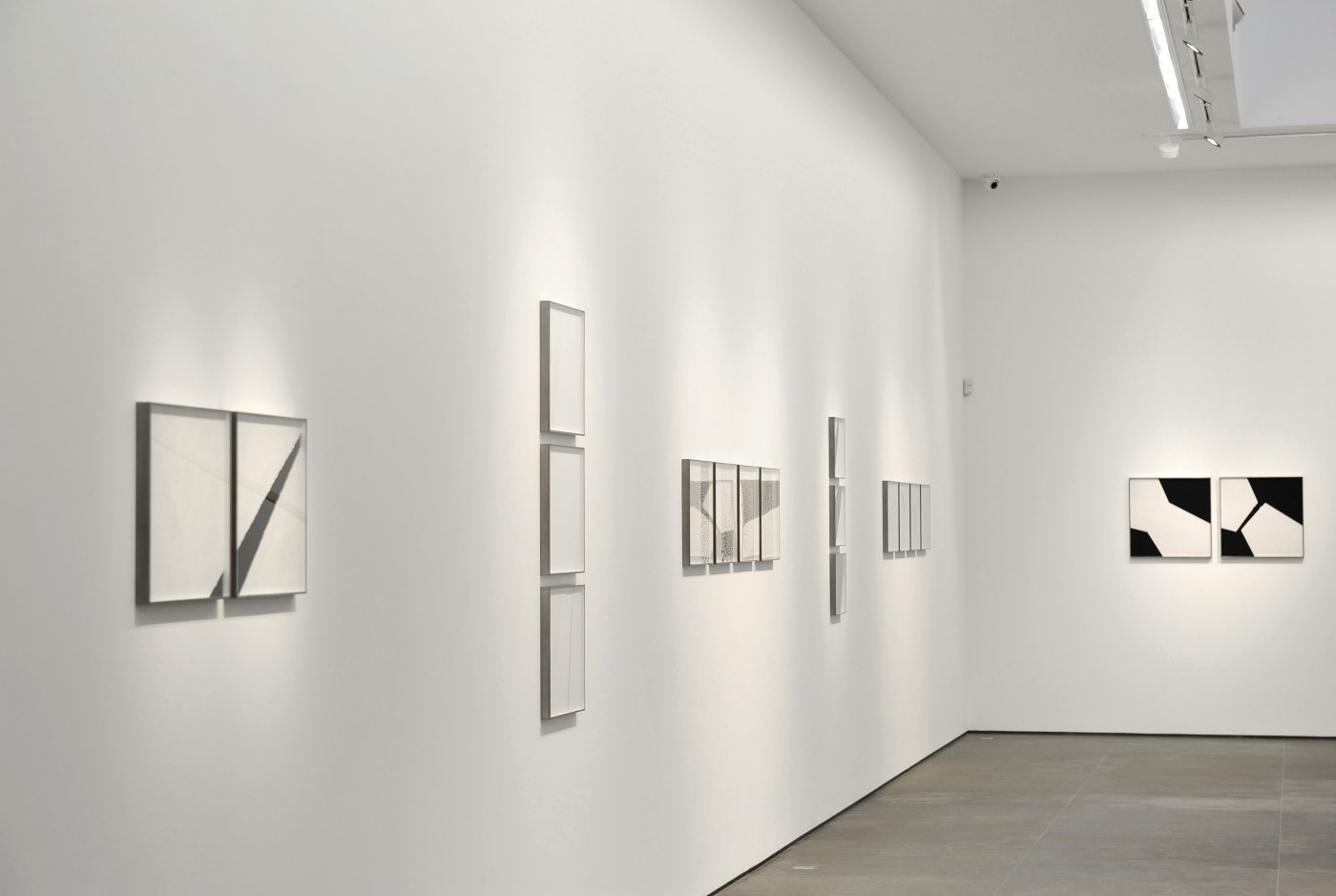 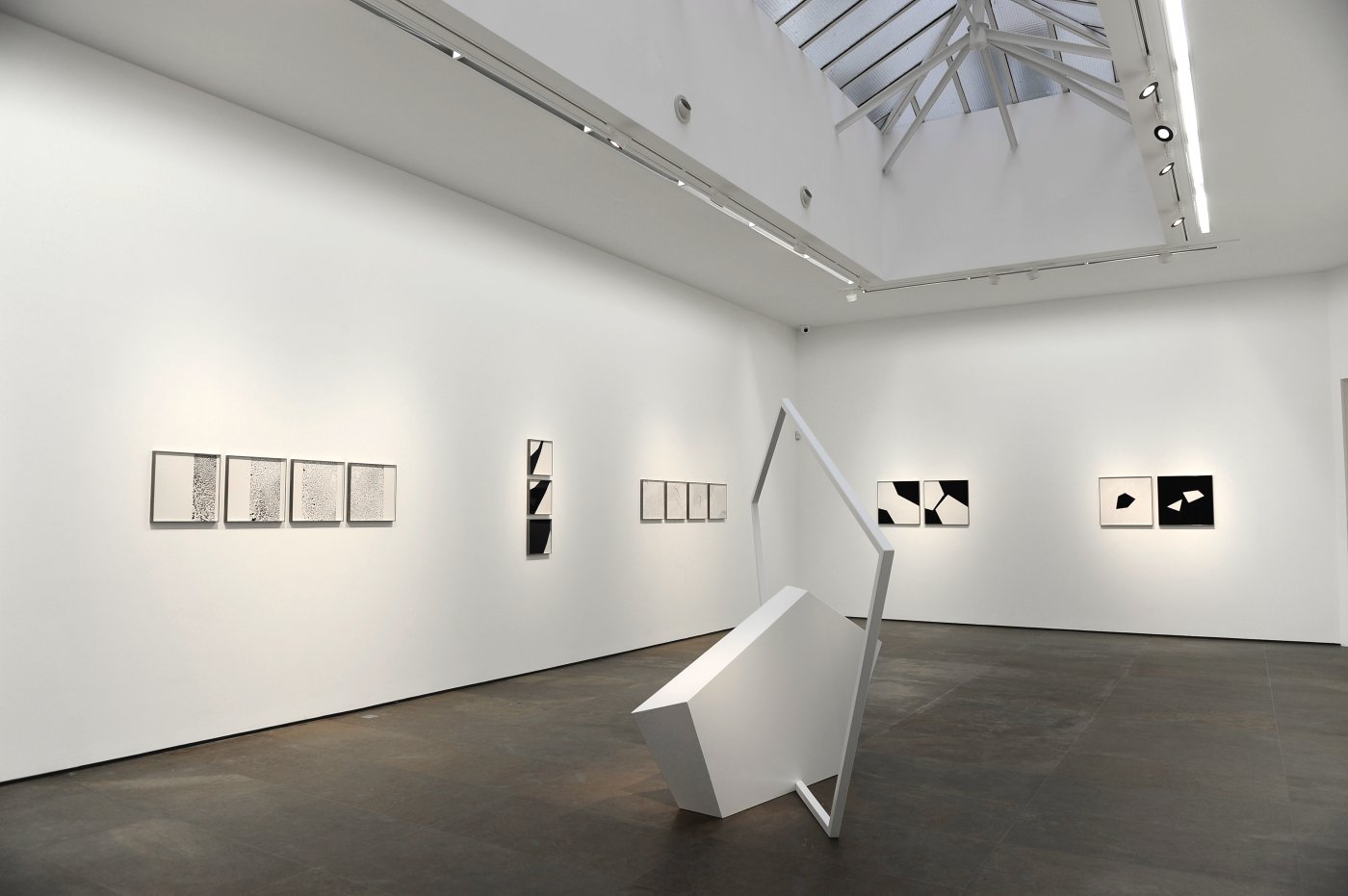 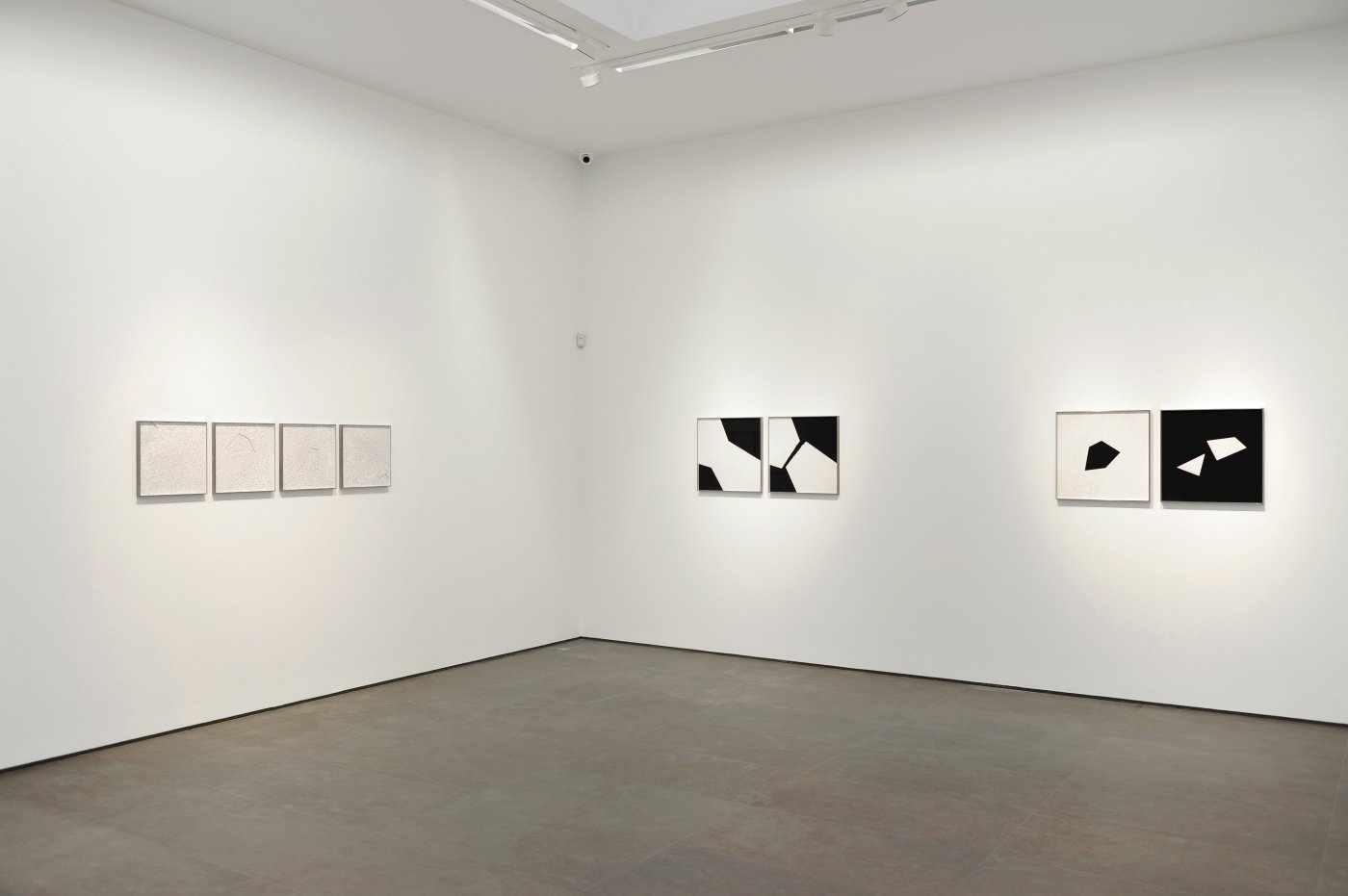 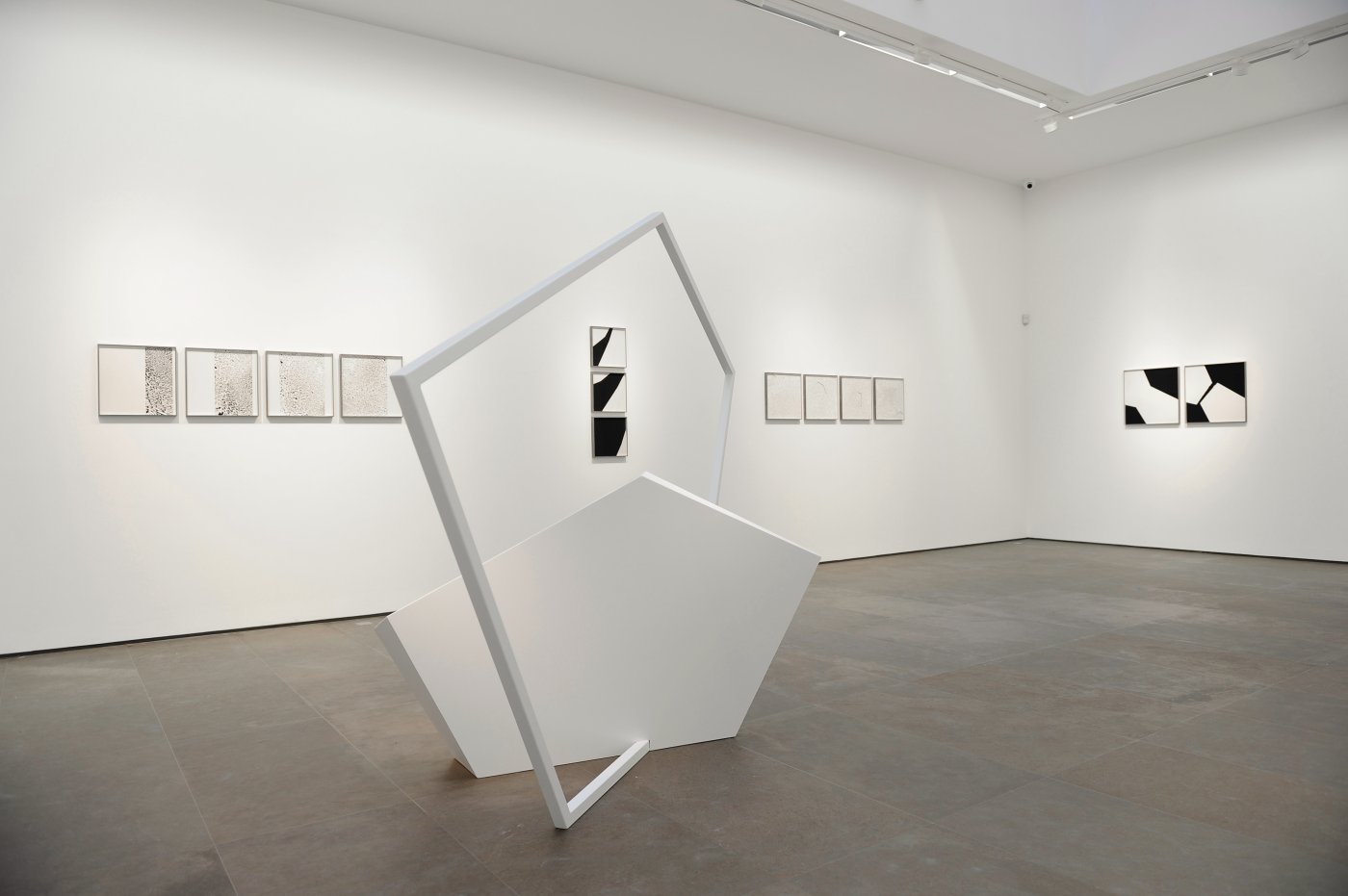 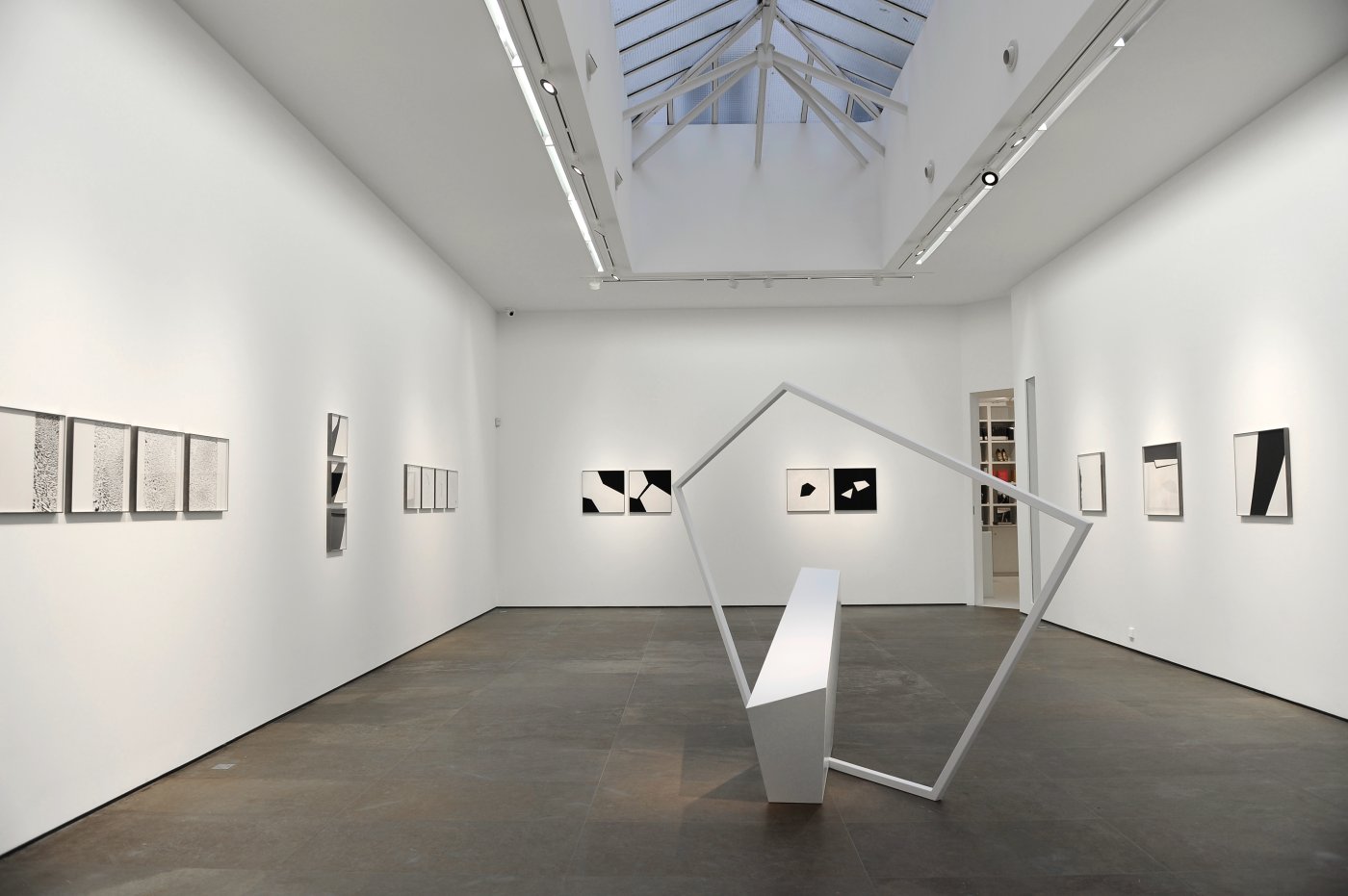 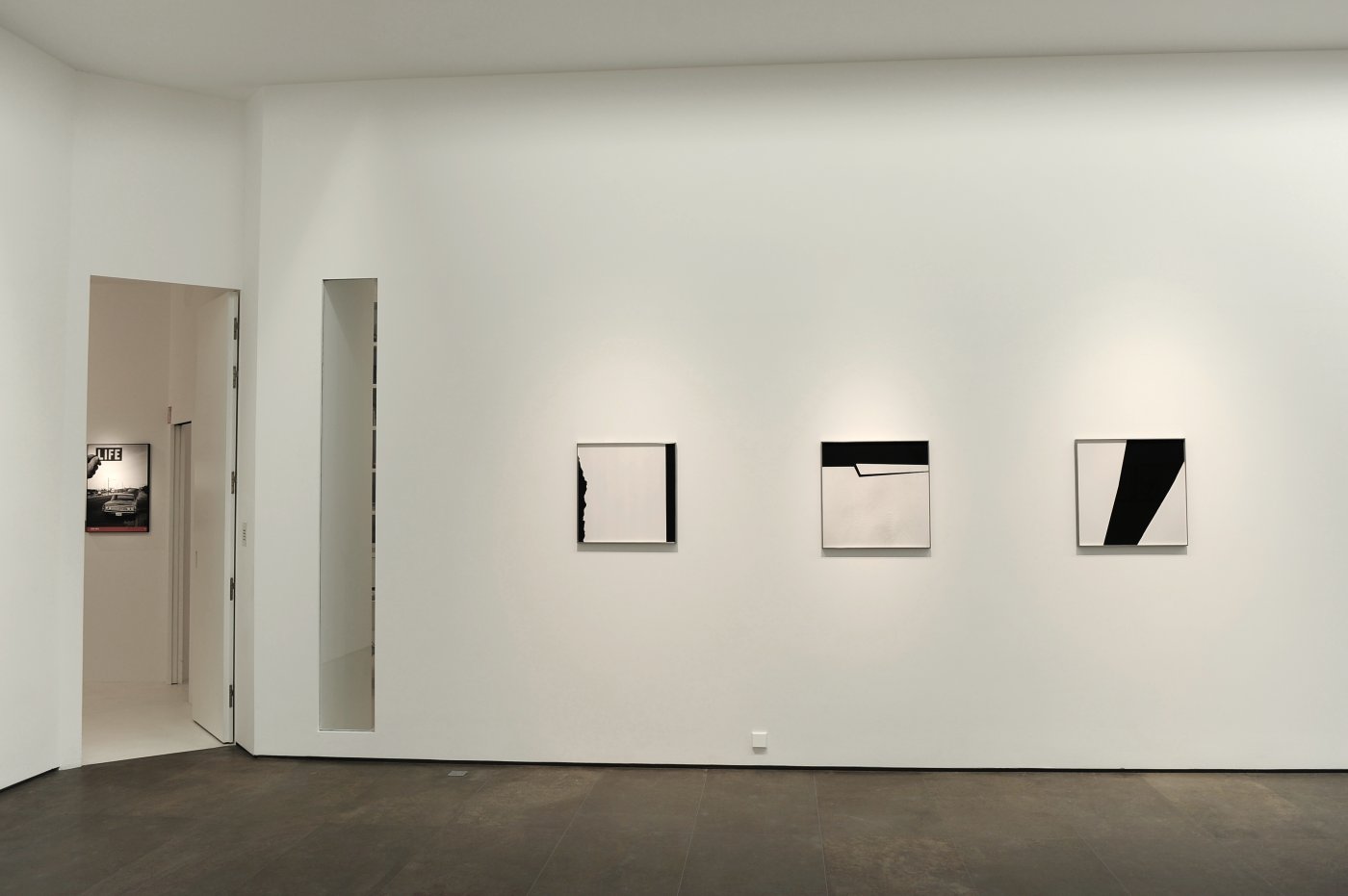 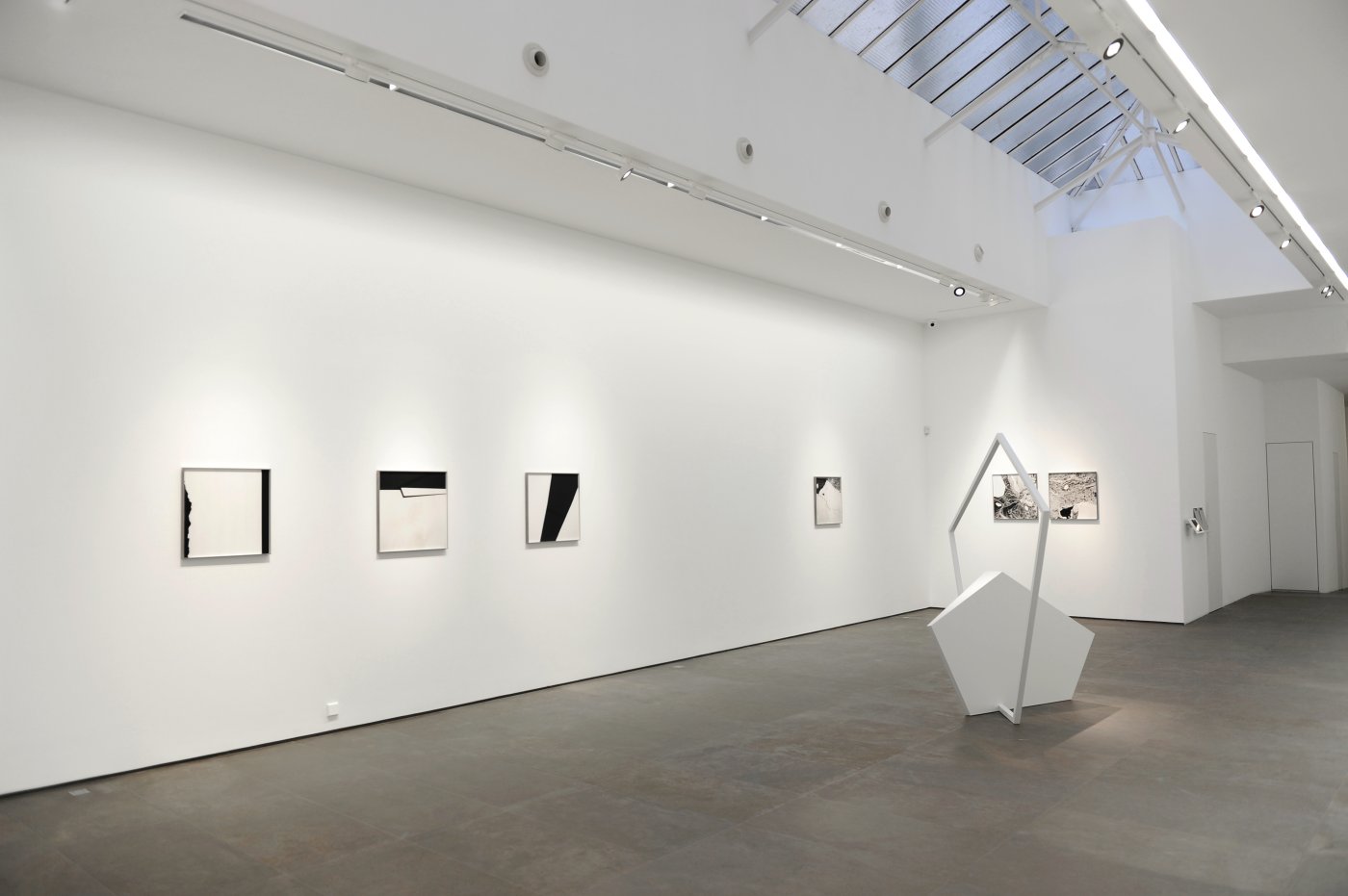 Echos draws on Jean de Pomereu’s in-depth knowledge of Antarctica’s artistic and scientific culture. It is imbued with the idea that nothing, not even the remotest regions of the Earth, can escape what photographer Alfred Stieglitz called ‘the hand of man’, or what author Ian McEwan once described as ‘the hot breath of civilization’.

To evoke the profoundly intertwined reciprocity of human and natural processes, Jean’s work begins with a meticulous selection of images in a vast archive of aerial photographs of Antarctica taken for cartographic purposes during the Cold War. Inspired by minimalist artists such as Sol Lewitt and Vera Molnár, the French artist then adopts the grammar of geometric abstraction to draw from, transform, and supplement these images. Through incisions, tears and layering, Jean creates new topographies, echoing humanity’s transformation of terrestrial environments both directly and at a distance. Presented alongside metallic and ceramic sculptures, his re-compositions comprise three distinct elements: paper, carbon and ice. Ice is the subject, carbon is the pigment, paper is the support. In their geometry, these reflect the natural patterns and structures of ice as it forms, calves and flows in response to both natural forces and human forcing.

While Jean’s sometimes subtle, sometimes brutal interventions are intended to echo the ‘hand of man’ and its transformation of the Earth, his poetic and conceptual dialogue with the aerial photographs that constitute his primary material, bares witness and expresses humanity’s interdependence with each and every terrestrial environment. Thierry Bigaignon comments: « Sublime in their stirring of both awe and dread, Jean de Pomereu’s echoes are closer to the evocations of change and ephemerality found in vanitas paintings, than they are to political art. The outcome is an experimental project rooted in the history of art, but motivated by critical contemporary concerns that touch us all. »

About the artist: Jean de Pomereu’s work has focused on Antarctica and the Polar Regions for nearly twenty years. He has visited Antarctica on many occasions, accompanying both artistic and scientific expeditions with the United States, New Zealand, Peruvian and Chinese Antarctic programmes. In 2006, he was the photographer for Lita Albuquerque’s Stellar Axis: Antarctica land-art installation, one of the most ambitious artistic project ever undertaken on the continent. In 2017, he took part in the ‘Antarctic Biennale’ expedition commissioned by Russian artist Alexander Ponomarev. His photographic series ‘Topography of Absence’, ‘Contours of Silence’ and ‘Sans Nom’ focus on the minerality and abstraction of Antarctic landscapes and have been widely exhibited.
As co-editor with Salto Ulbeek Publishers, Jean has overseen the publication and exhibiting of the first platinum-palladium prints and portfolios made from the original negatives of some of the earliest Antarctic photographers, including Frank Hurley and Herbert Ponting. These represent unique contributions to the preservation and contextualization of early exploration photography.
Following studies in photography and art history in Paris, Jean completed a Masters in Polar Studies at the Scott Polar Research Institute at the University of Cambridge, and a PhD in Historical Geography at the University of Exeter. His practice and research focus on two separate but intertwined questions: one is the visual culture of Antarctica, the other is the scientific and political history of the ice.