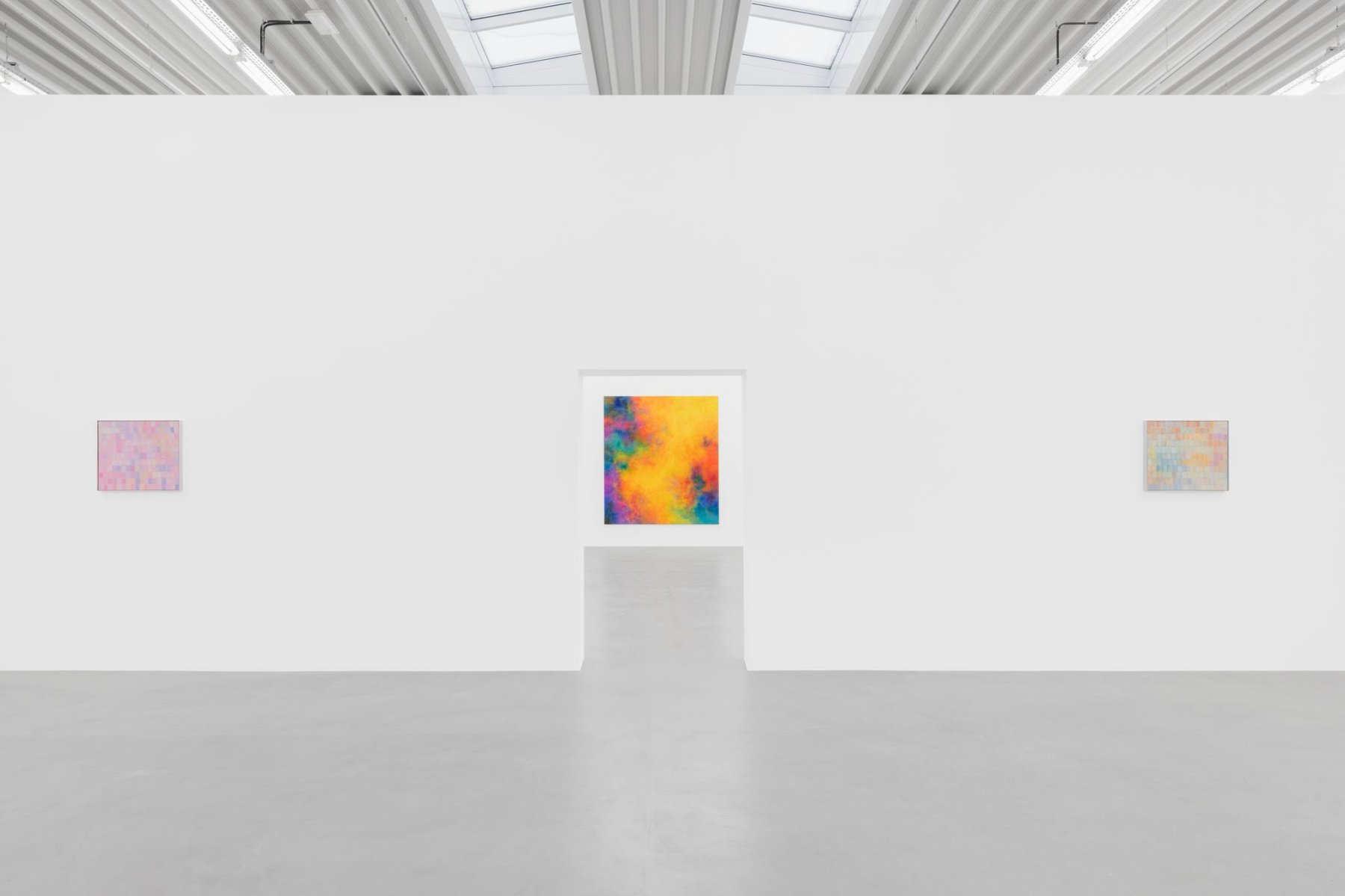 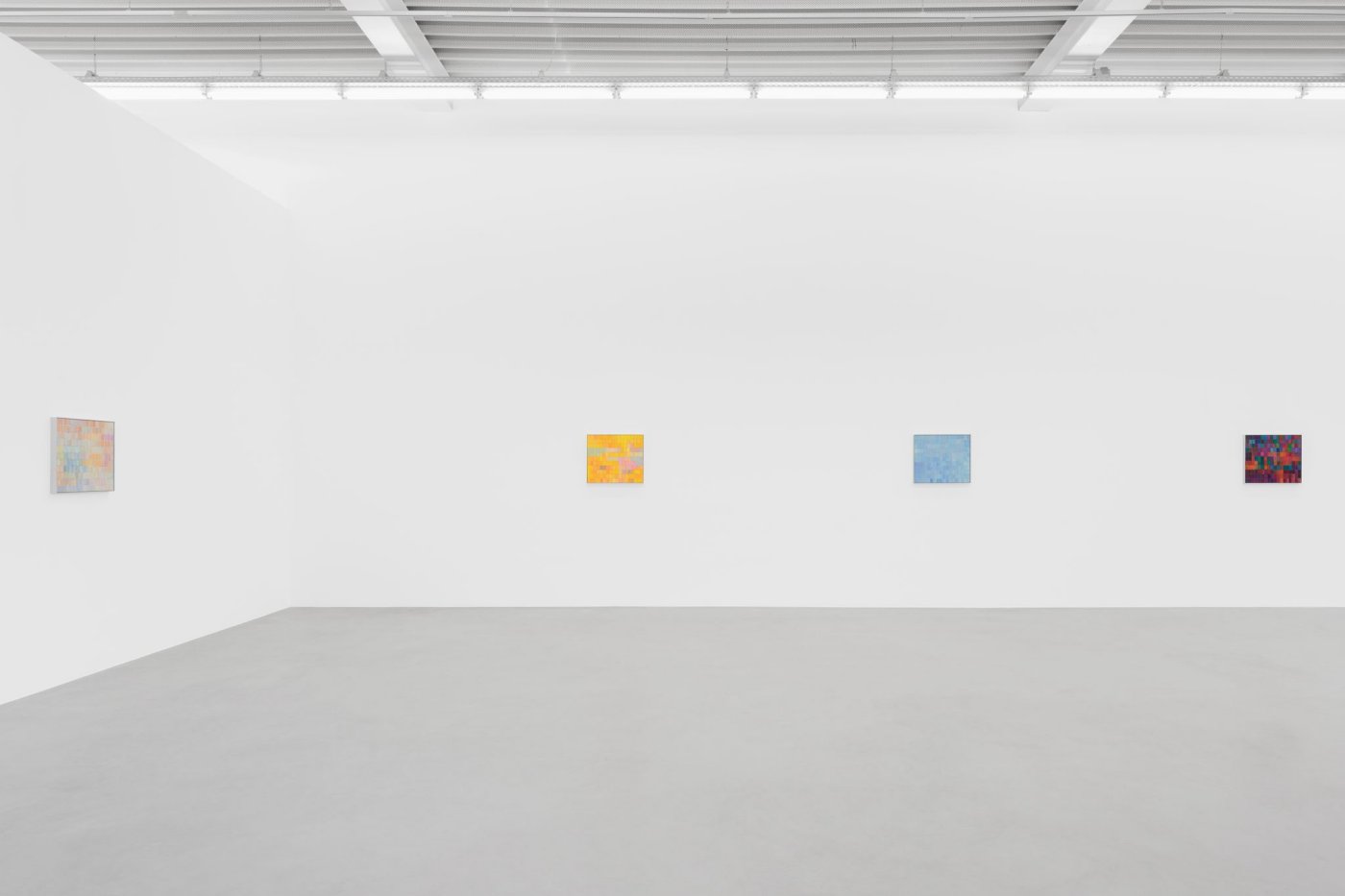 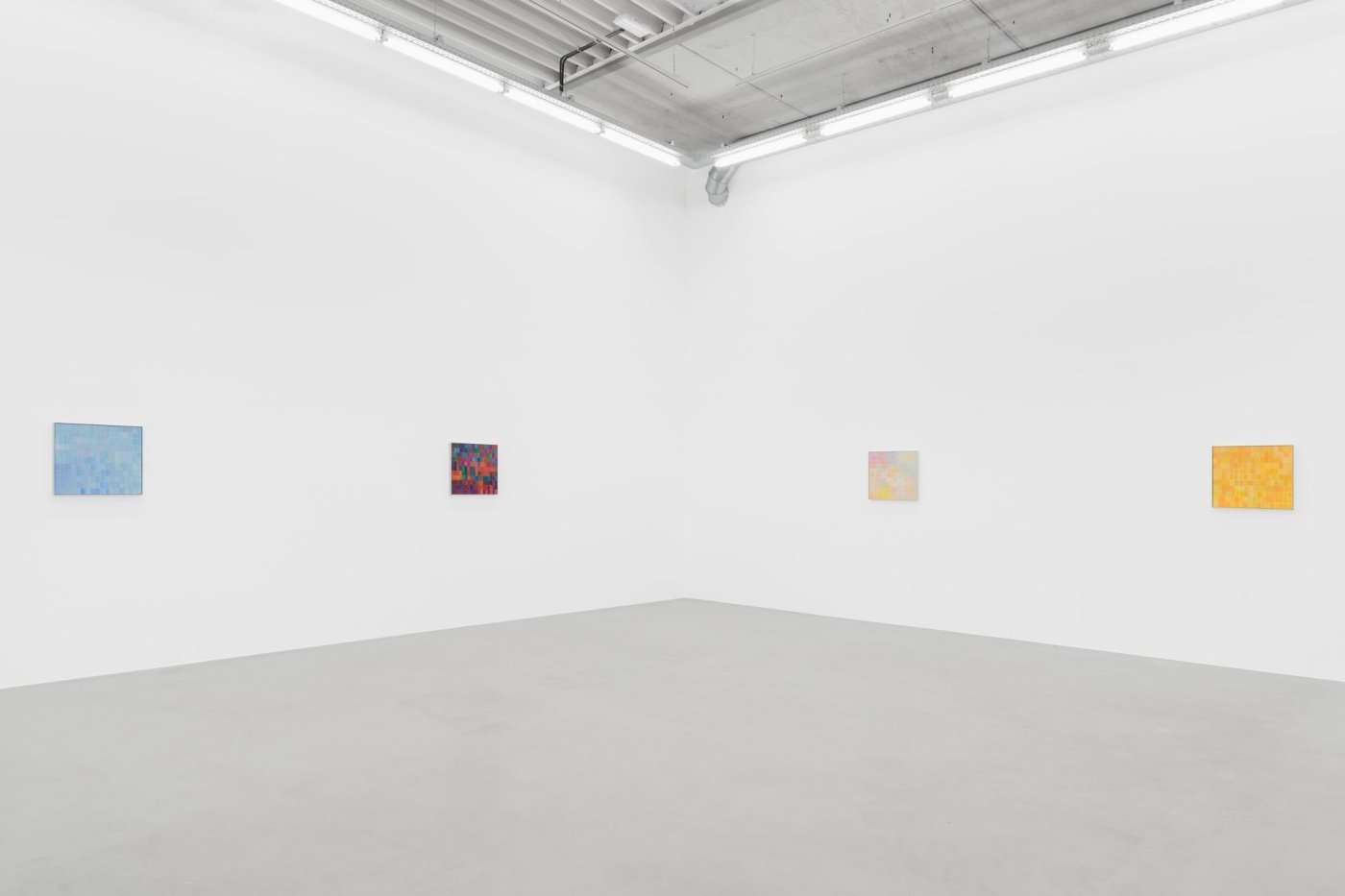 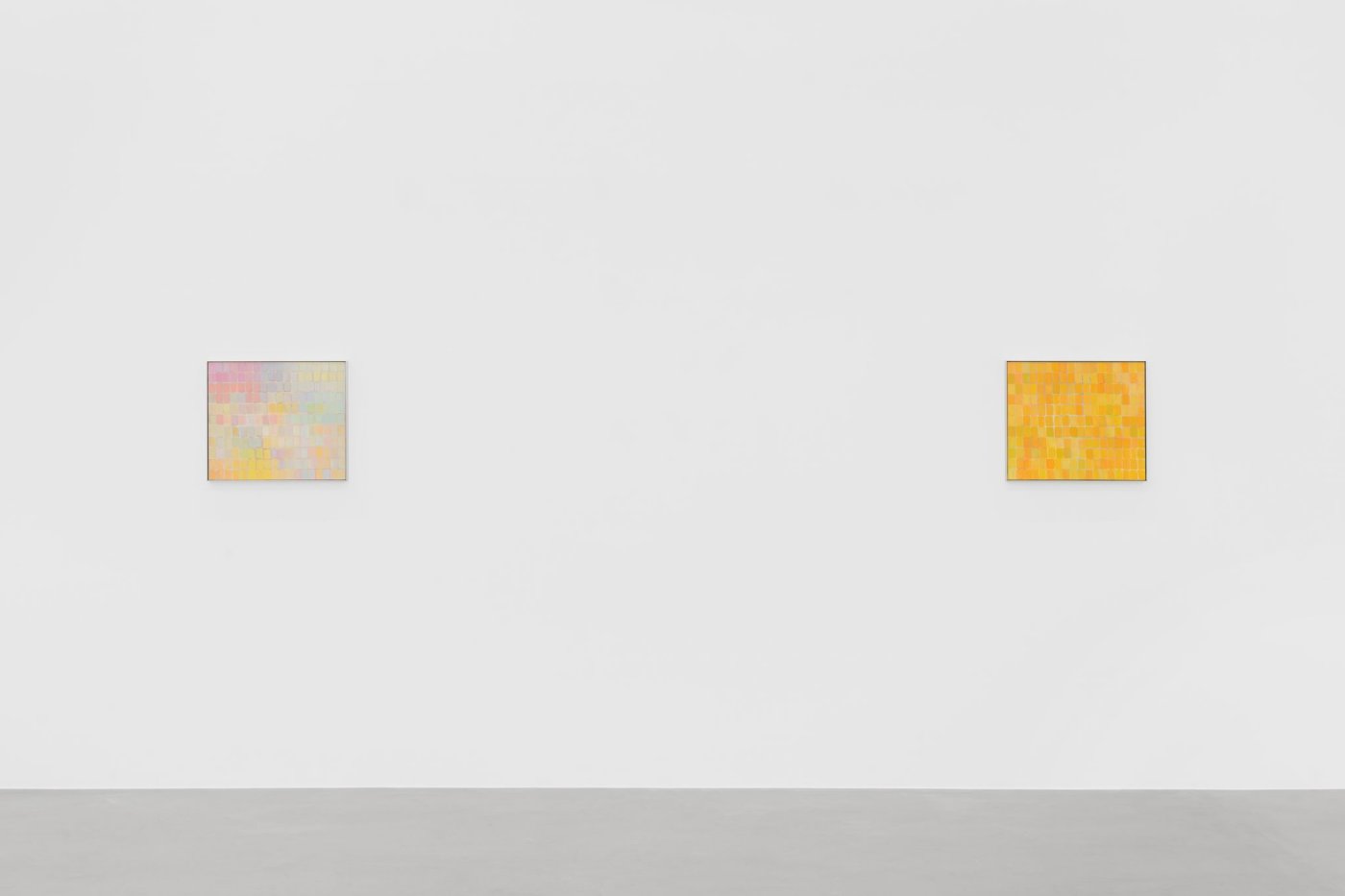 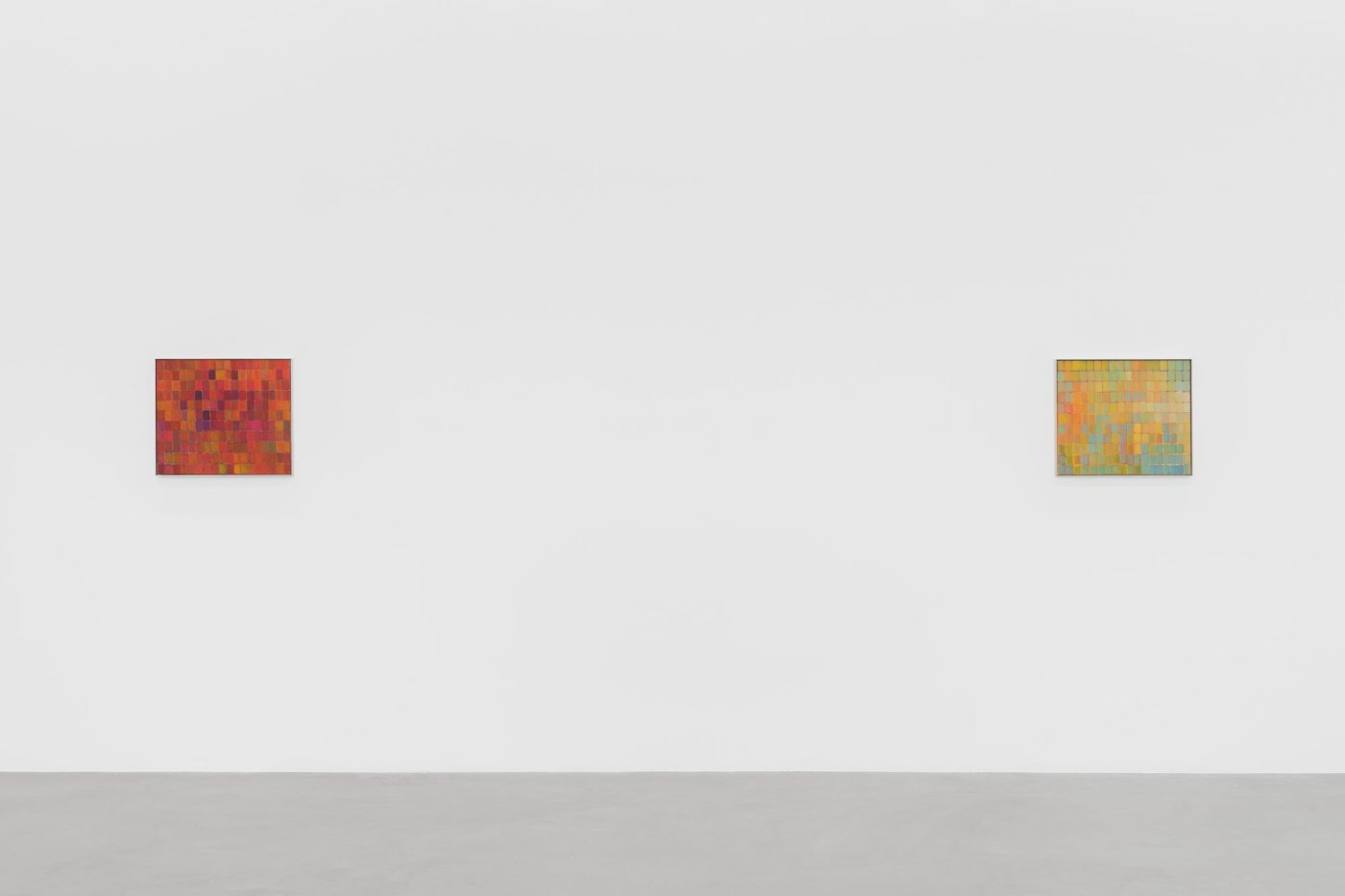 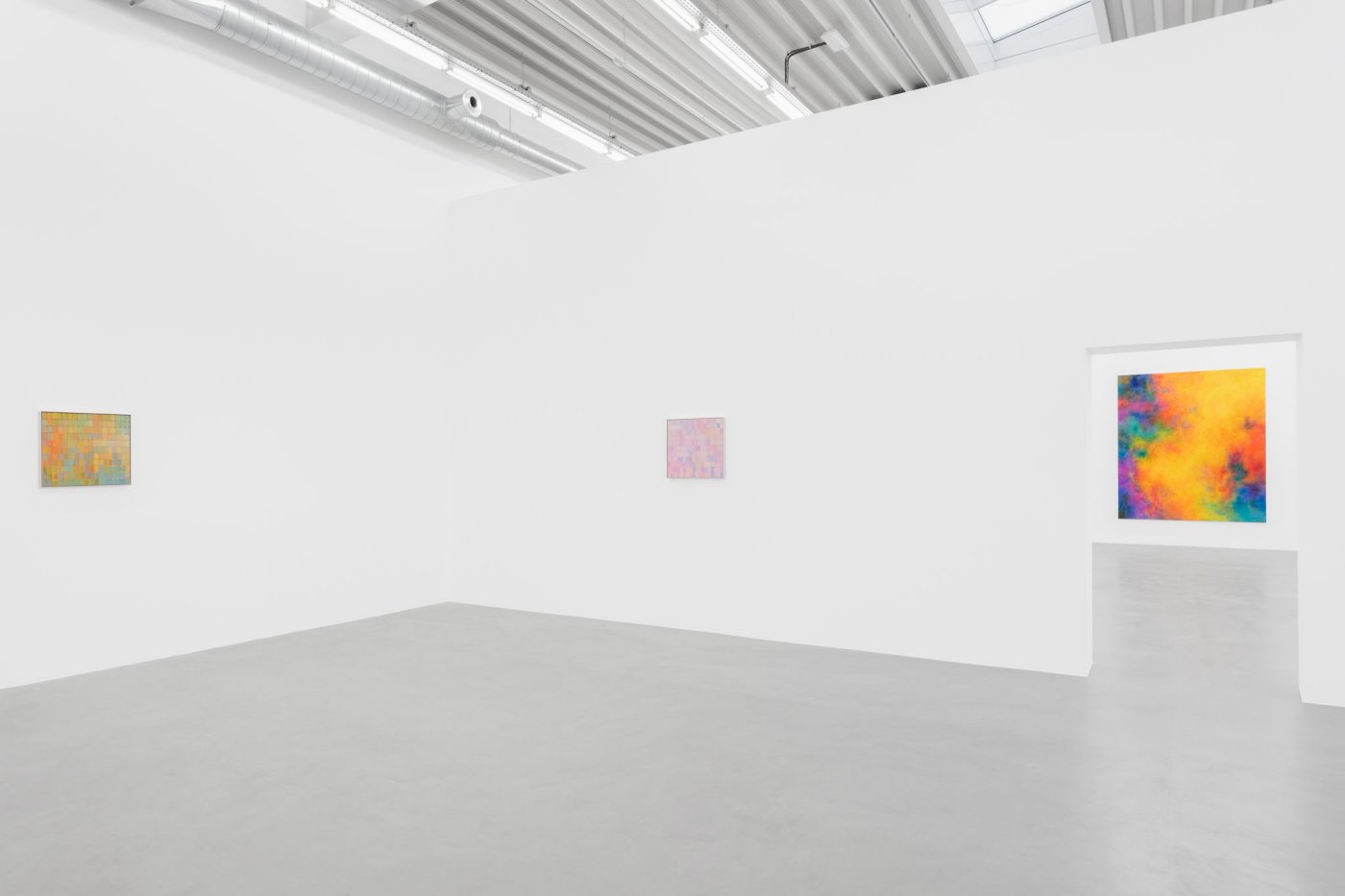 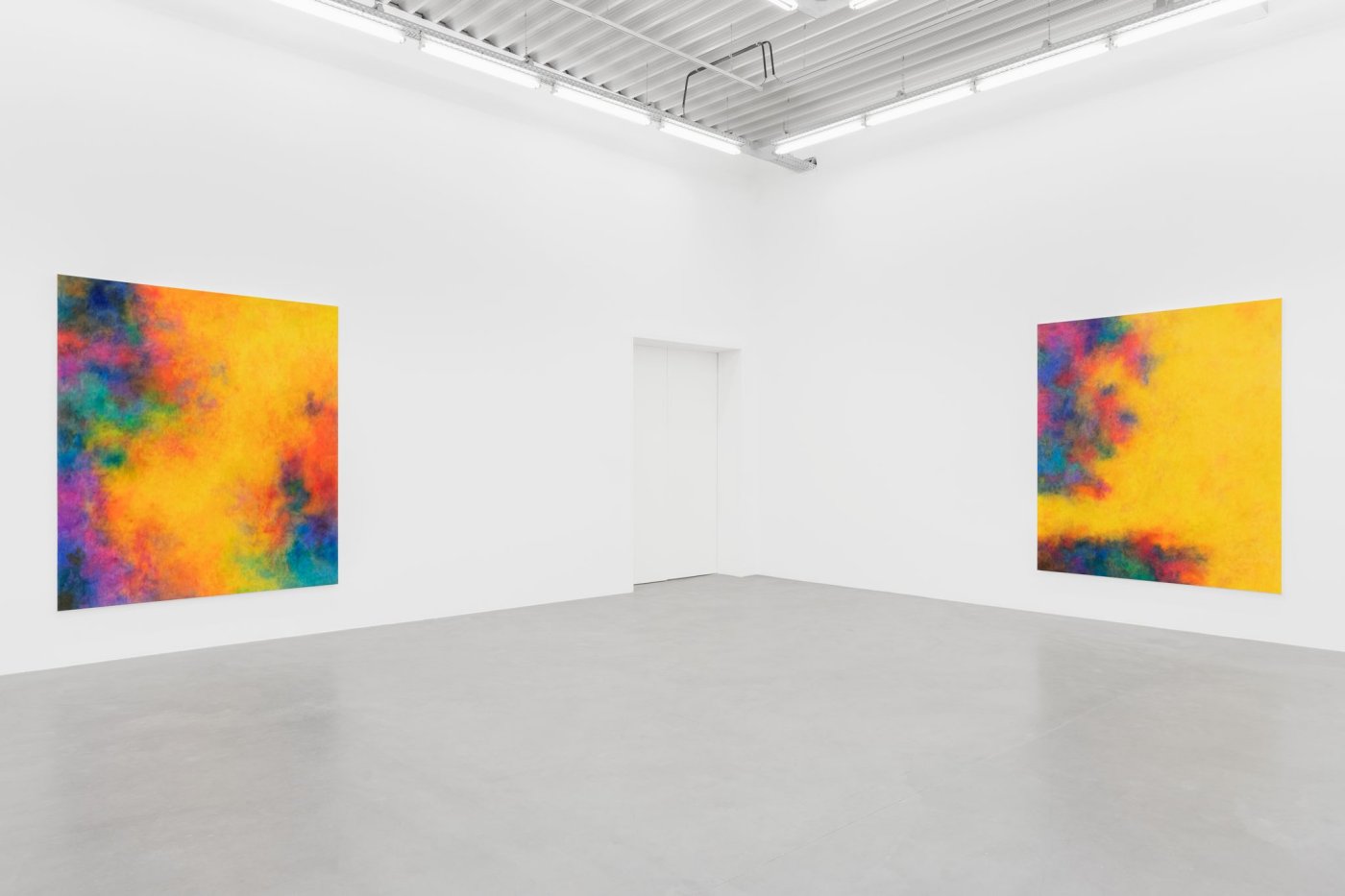 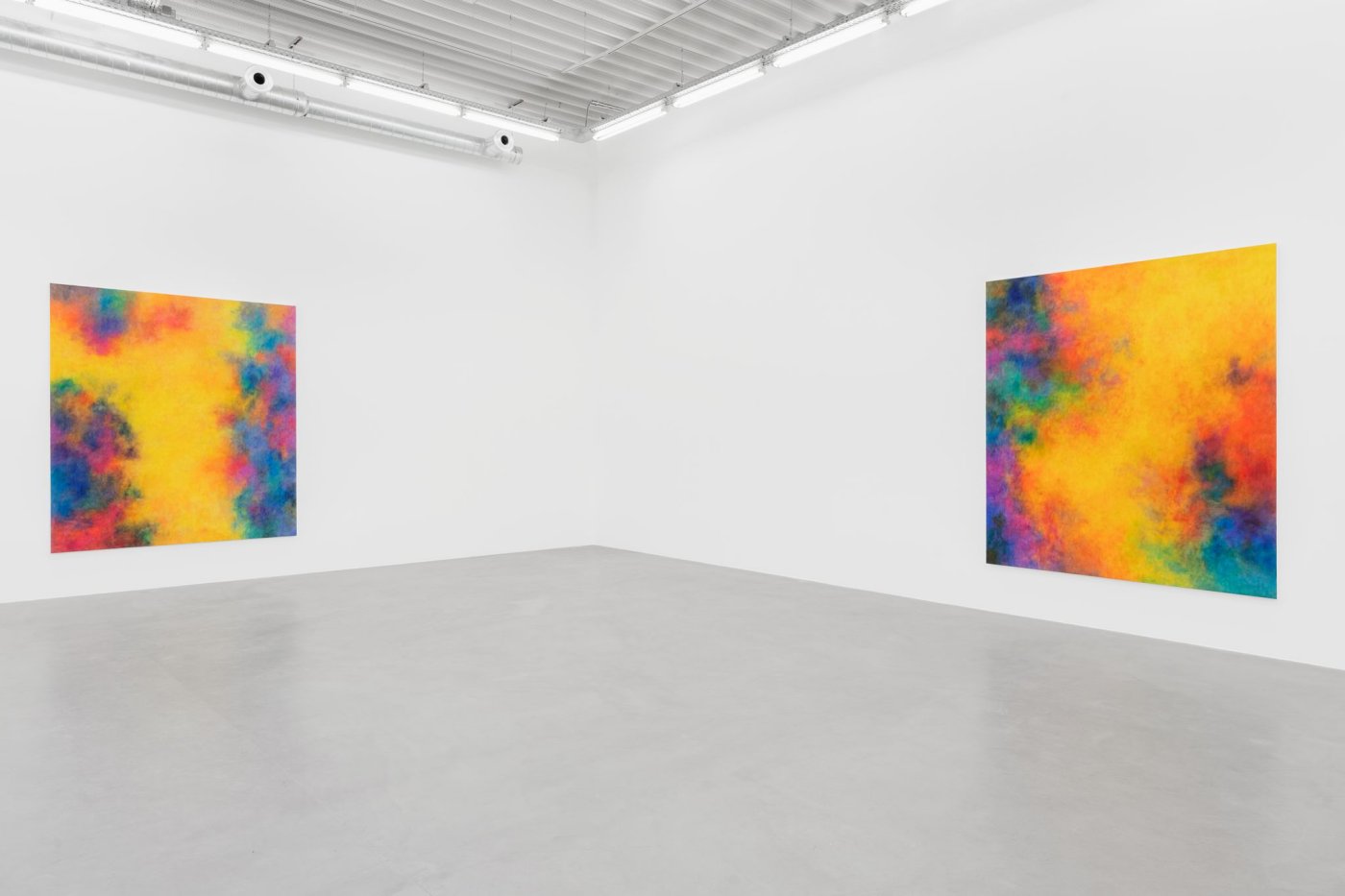 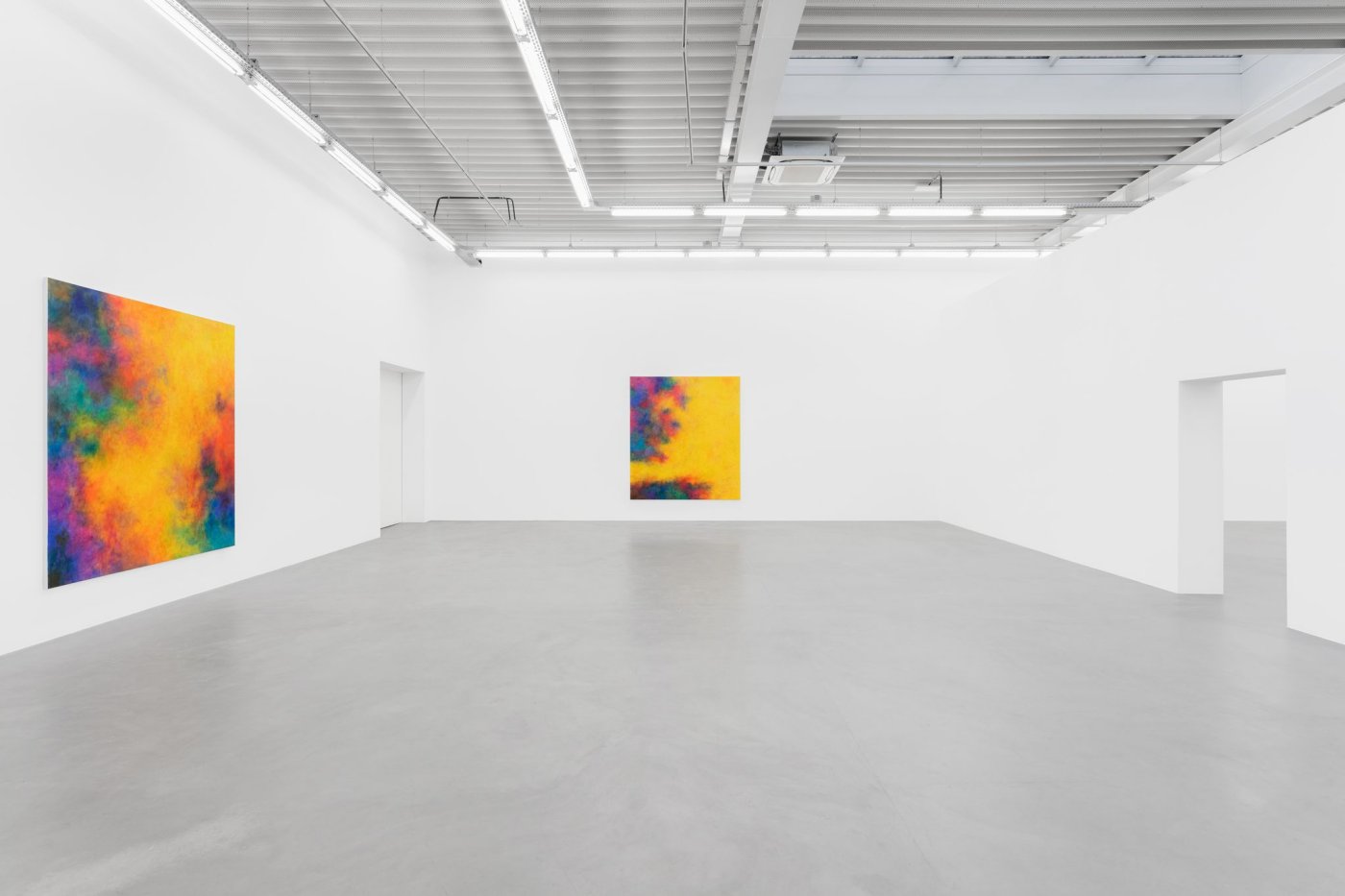 It was the first time that I understood that she would grow old. I had come to spend a few days there, at the start of summer. I suggested that we go out for a ride through the countryside. We were driving. My window was down: I smoke when I drive. Hers was closed: she doesn’t like the wind in her hair, which was still blonde then. I can see her, sitting beside me, two hands placed calmly on her black dress, two slender, bony hands that I have held in mine so many times. As a child, I would pinch their thin skin for a few seconds, and a small dam of flesh would take shape, before slowly sinking back, then disappearing altogether. I wished that these narrow little mounds that I shaped with the pressure of my clumsy fingers could somehow resist the inflow of blood and the elasticity of tissue. Other times, I would press my index finger to one of the veins that emerged where her wrist met her hand and watch, transfixed, as the blue bled away. As soon as I lifted my finger, the vein engorged with blood and rose to the surface of the skin once again, so blue beneath the white skin that it seemed to transport some lead-grey humour that was anything but vital. These hands are the only ones that I really know, the ones through which I contemplate all others, even the hands of the men who I desire, who I love. These were the hands, I think, in which I was transported – an ugly word, but an accurate one – as a swaddled newborn baby, and which carried me into the house where I would grow up. The body remembers those sensations, I would think. But not the eyes, of course. Somewhere, I stopped the car in the shade of a clearing in the forest. A row of trees hid from view the countryside beyond. A few oaks, maybe, but mostly poplars, whose leaves stirred in the wind and filled the air with a trembling like eyes filling with tears. I can see her, frail in her black dress, standing in this clearing full of wildflowers that grew higgledy-piggledy – a fallow field, I later understood, waiting to be planted with something else, more serious, more useful, less pretty. “Violet and mallow, buttercup, lavender and lime,” wrote Derek Jarman, looking at his own garden. This black silhouette, thin and almost furtive amidst a chaos of colours ringed in shadow, remains as a too-bright, overexposed image, an image that is eroded by the colour of time each spring and which will disappear forever if I don’t write it down.

We can only count on ourselves, on what we have seen and what we have lived, to try and feel out paintings. Of course, if we want to, we can talk with painters, visit their studios, open up a world of carefully chosen anecdotes, repeated gestures, ongoing series and unfinished paintings, unearth a host of clues. We can sift through their canvases with the help of history and theory – figuration and abstraction, line and colour, or whatever else – and offer up a thousand comparisons that might, somehow, let us touch upon some thing or another that could serve as a source or allow for a kind of clarity. But deep down, we know that if we are to understand, intimately, what painters do, we need to avoid prematurely fixing anything in the permanence of words. When we first find ourselves before a painting, it is only right that we feel a little disarmed, speechless, moved (though frozen still). We need to be able to let ourselves dissolve in a momentary, fleeting empathy like that of the water or the solvents that soften the bristles of the paintbrush, dilute the colours of the palette, and wash clean the hands of the painters come evening.

The air is pink, the jacaranda flowers blue, and the boys slip like shadows along the paths of the Parque Morelos, come evening, in summer, in Guadalajara. This is what I learned from the forty or so Pinturitas de Guerra and the accompanying photographs gathered by Jean-Baptiste Bernadet in his last book, No pasa nada, which was published at the end of his stay at the Casa Franco, built by the architect Luis Barragán at the end of the 1920s. I saw the equestrian statue of José Maria Morelos, the Catholic priest and revolutionary leader who helped to free Mexico 200 years ago and who, today, watches over the dance of bodies and glances in the park from his plinth. I saw a pack of Marlboro Gold on which Bernadet had tried out a few colours: sky blue, mallow mauve, tender pink, shades for lips that have yet to breathe in the white smoke of cigarettes. I saw two men’s hands, placed one on top of the other, tender and solemn, remembering other embraces. I saw pavements littered with jacaranda flowers, lined with low cement walls, only some of which are yellow, and beyond them clouds, marvellous clouds – the violet atmosphere that seems to surround all of the life in these images.

The painting has been with me for ten years now. It has followed me through moves from one home to another, though there have only been a few of them. It has accompanied me every day as I step past it to take a book from the shelf, or to turn up the volume on the speakers, and it is in my peripheral vision as I sit at my desk, writing this text. The background is black, flecked with concrete grey. Set against this are four sweeping arcs that intersect as if embracing one another, dominated by undereye violet and lilac, with shades here and there of dusty grey, petrol blue and a kind of fleshy beige that blends into the cement-like splatter. Between the background and these forms, the five letters of the word ‘lover’ spring forth like an ambush, hastily scrawled out in a toxic, ammoniac yellow. Crowded together as if to preserve the tenderness that links them, they seem fragile, and therefore serious; determined, and therefore naïve; that’s what I find touching, I think, about this painting. The edges of the canvas – and this has always intrigued me – are perfectly clean, with no runs or drips of paint. Jean-Baptiste Bernadet’s recent paintings, the ones that he exhibits today, no longer bear inscriptions and have seemingly lost their black background. But in each we find the same clean edges, the same heady yet sad music. The painting carves out a block of romantic ruin in my everyday domestic life, an address to the memory of the boy that I was and of the boy that I loved when I first brought this canvas home. I don’t love the same boy anymore; I love another – differently, of course. But the painting is still there, and this new boy doesn’t begrudge my fidelity to it.

It seems to me that the paintings of Jean-Baptiste Bernadet, each of his series, set out to explore one of the thousands of variations that exist between the solid state of the painted canvas, with its dogged permanence of a definitive object, and the liquid state of our emotions: the continuous, distracted flux of our perceptions, the waking dream of memories that furtively surface in the constant swell of our consciousness. An art of the fugue, of the vapour of time.

In 1939, after having a period of several years without writing, the Mexican poet Carlos Pellicer composed three ‘autumn sonnets’ that were dedicated to his friend, architect Luis Barragán. Autumn is a good pretext to say ‘I love you’ – a sad pretext, too, necessarily nostalgic. A long sob of violins, leaves like severed hands slowly decomposing on the wet pavements of cities, the odour of time. Pellicer evokes in these three poems the “blue desert of the sky”, the mute clamour of morning, the orange of the flowers placed at every window for the dead, the autumn days “so silently contemplated, so mysteriously understood.” Forty years later, when he was awarded the Pritzker Prize for his architectural oeuvre, Barragán paid homage in turn to his two closest friends: Pellicer and the painter Chucho Reyes. Forty years, it seems, is about the time it takes to develop in oneself a certain tint of melancholy. Jean-Baptiste Bernadet must be about that age. In his acceptance speech, Barragán thanked Reyes for having taught him “the art – the difficult art – of seeing with innocence,” and quoted several verses of Pellicer, which ended with the following lines: “eyes without vision, souls without hope.” I get the impression that here Barragán was speaking less as an artist and more as a lover and a believer. As for me, the boy that I love today has heavy, black eyelashes and dark eyes, eyes that I can’t read but which I believe in. Eyes ringed in mystery, behind the barricade of his long lashes.