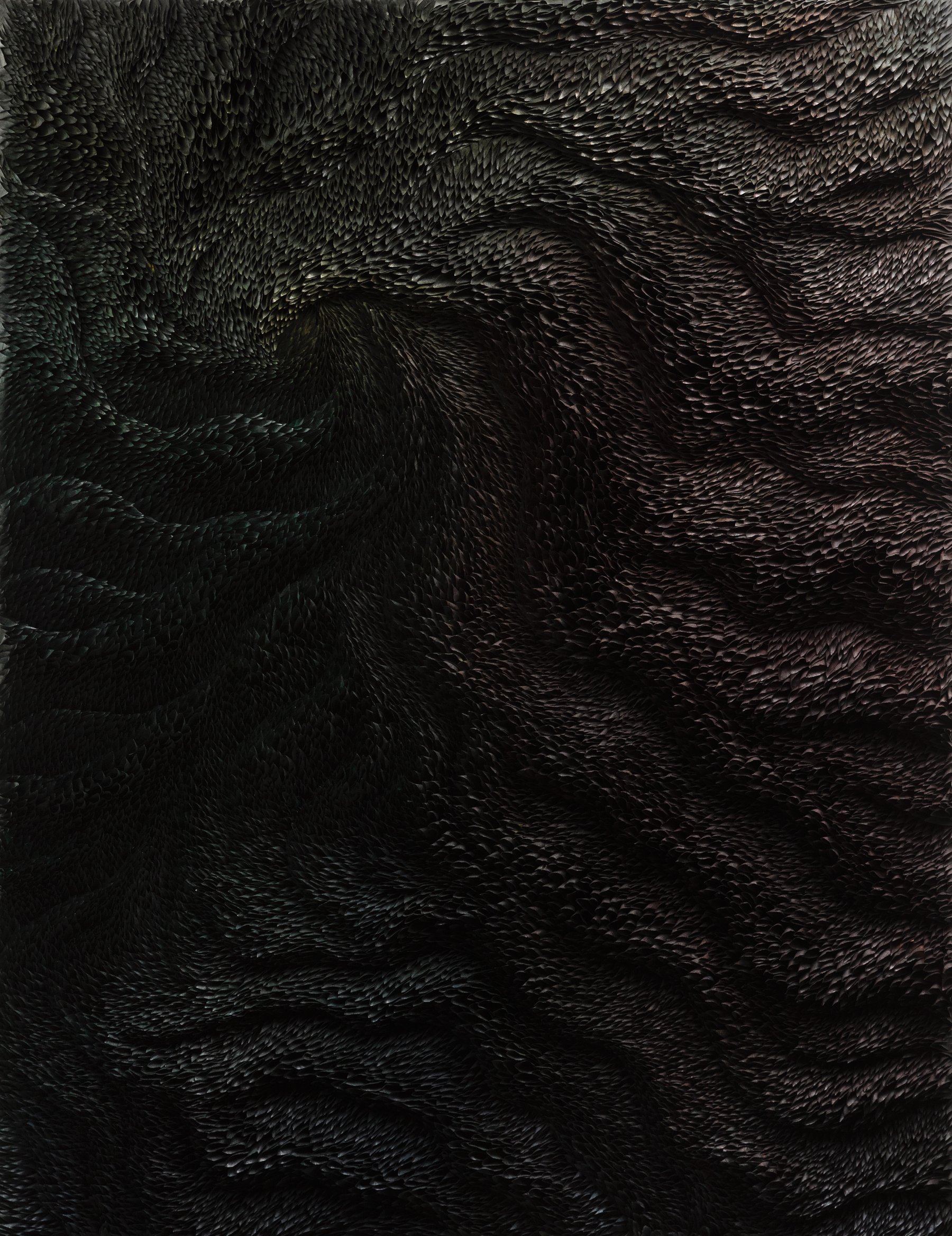 Javier León Pérez was born in Seville in 1977. His training began at the School of Arts and Crafts in Seville obtaining a graduate degree in 2001 specializing in ceramics and sculpture. In 2007, he graduated from the University of Fine Arts of Seville and in 2011 he finished his postgraduate studies at the Complutense university of Madrid, with the Master Art Creation and Research, obtaining the highest grade with his research work, Return to Silence, focused on the pictorial artistic creation processes where the repetition of elements are analogous to meditative rituals.

In Javier’s Japanese paper works, the detailed process, an eternal repetition of small elements, acts as a mantra, a sacred formula, and a deeply personal ritual for the artist. The experience of the viewer is of great concern for Javier. He is interested in the viewers’ ability to project itself as they look at connections with the reality or signs and symbols established when experimenting with abstract forms.

Javier has received numerous awards in Spain and his work in Japanese paper was recognized at the Biennale of Contemporary Art at the the Rijswijk Museum in the Netherlands and at the Latin Biennale of Contemporary Art in Spain. His work has been the subject of many exhibitions throughout Europe with his first exhibition outside of Spain in Lisbon in 2009. He has participated in art fairs throughout Europe, Asia and the United States. His works have been acquired by important public collections including Fundacion La Caixa, Valentin de Madariaga (Seville), the DEARTE Collection (Spain), Galila Barzilai POAC Foundation (Brussels), the Boghossian Foundation (Brussels) and by prominent collectors such as the Victor Hartono Collection (Indonesia).