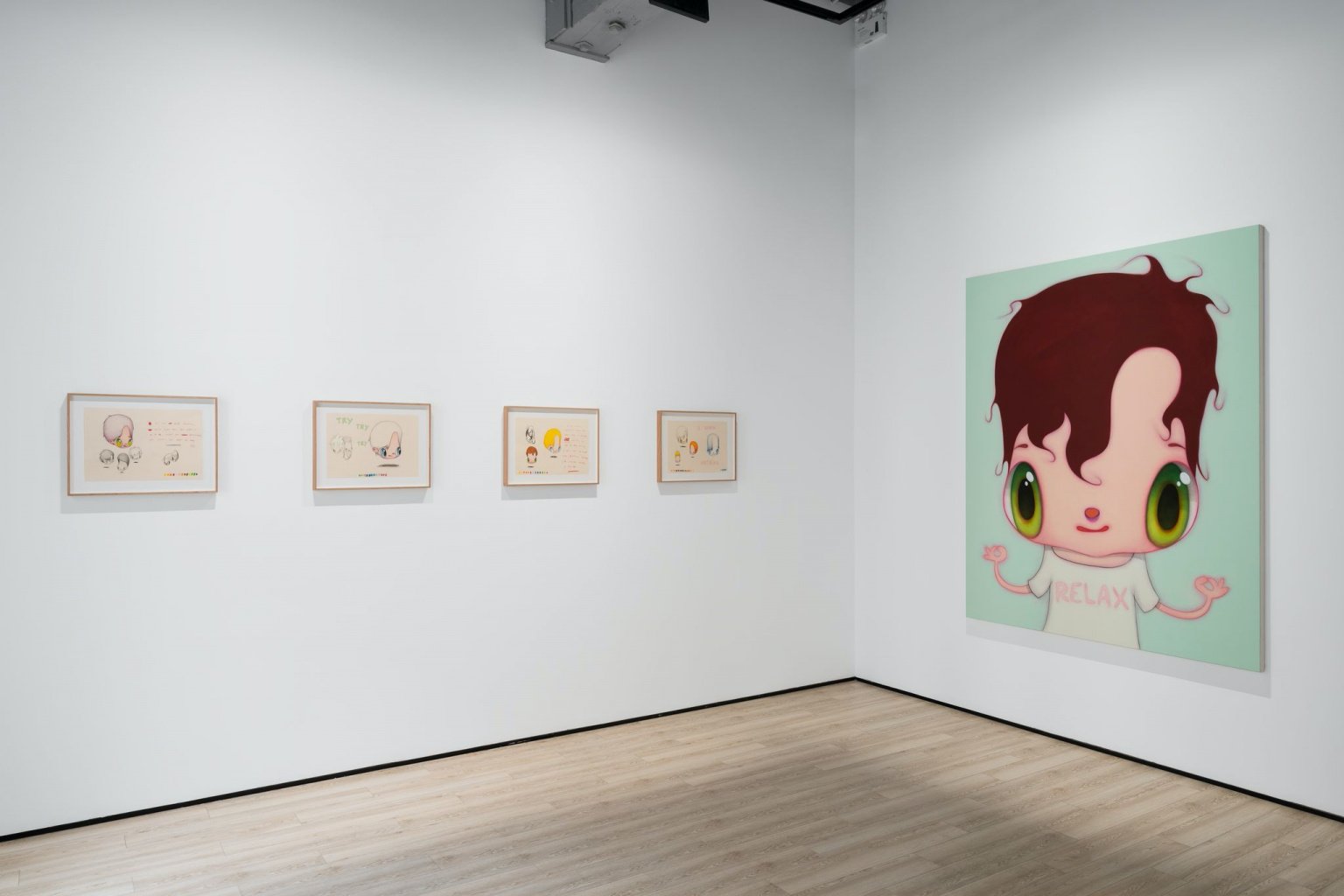 European art aficionados frequently had the tendency to classify and compare Javier Calleja’s work to other existing contemporary artists, so it was the Asian art lovers that first recognized and appreciated the playful yet earnest approach to his artmaking. Compelled to create simple, though not easy work, the Spanish artist is continuously refining the blend of techniques he uses, and his signature velvety aesthetic, all with a goal to capture viewer’s attention and spark their curiosity. “I like to find a magic moment,” the artist mentioned in his interview with Juxtapoz magazine a few years back, relating the effect of his visuals to the experience of a deceiving magic trick. With this in mind, the characters in his works have an enchanting effect with their believable shiny eyes and compelling blush, transfixing the viewer to the otherwise simple scene they exist in.

The profundity of such renderings is a result of Calleja’s long-time experimentation with a wide range of techniques, mediums, and scales, as his past practice involved working with everything from the tiniest of drawings to large-scale installations. It was one such experimental practice that led to the development of his characters when he transformed two drops of water resting on the surface of a piece of paper into a pair of big eyes in 2016. Evoking that delicate moment between sadness and relief, the eyes became a focus around which the Malagan artist started developing his current body of work. Still interested in playing with scale, his large paintings often echo the aesthetic of a small drawing, while his works on paper frequently push towards the painting sphere. Regularly imbued with the informal and unpretentious attitude that promotes modesty, openness, and acceptance, his figure-dominated works are graphic documentations of the artist’s deeply personal observations and experiences.
– Sasha Bogojev Writer and Curator