Jatinder Singh Durhailay: Let's have (a) look then,

Jatinder Singh Durhailay: Let's have (a) look then,


I have always seen creativity as being related to spirituality. I remember my grandmother tenderly narrating stories (Sakhia) to us as children – I would tirelessly draw the characters, thus I always had a way of keeping my heroes close to me.
– Jatinder Singh Durhailay, 2022

The Artist Room presents a solo exhibition of works by Jatinder Singh Durhailay (b.1988, London). Durhailay is an artist, musician and composer based in Oxfordshire, UK. On view are new and recent paintings that continue Durhailay’s distinctive synthesis of historical and contemporary tropes of Indian and European painting. 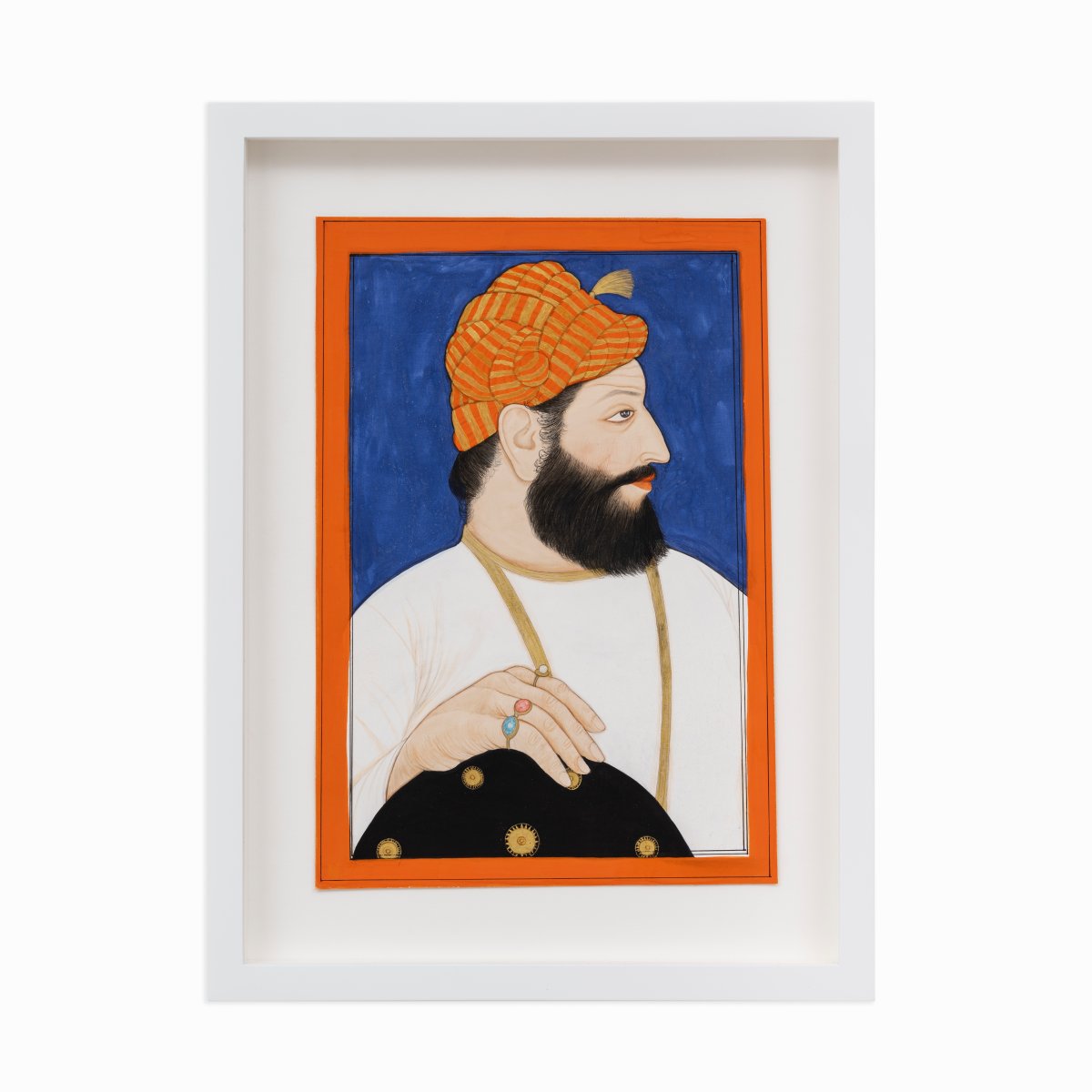 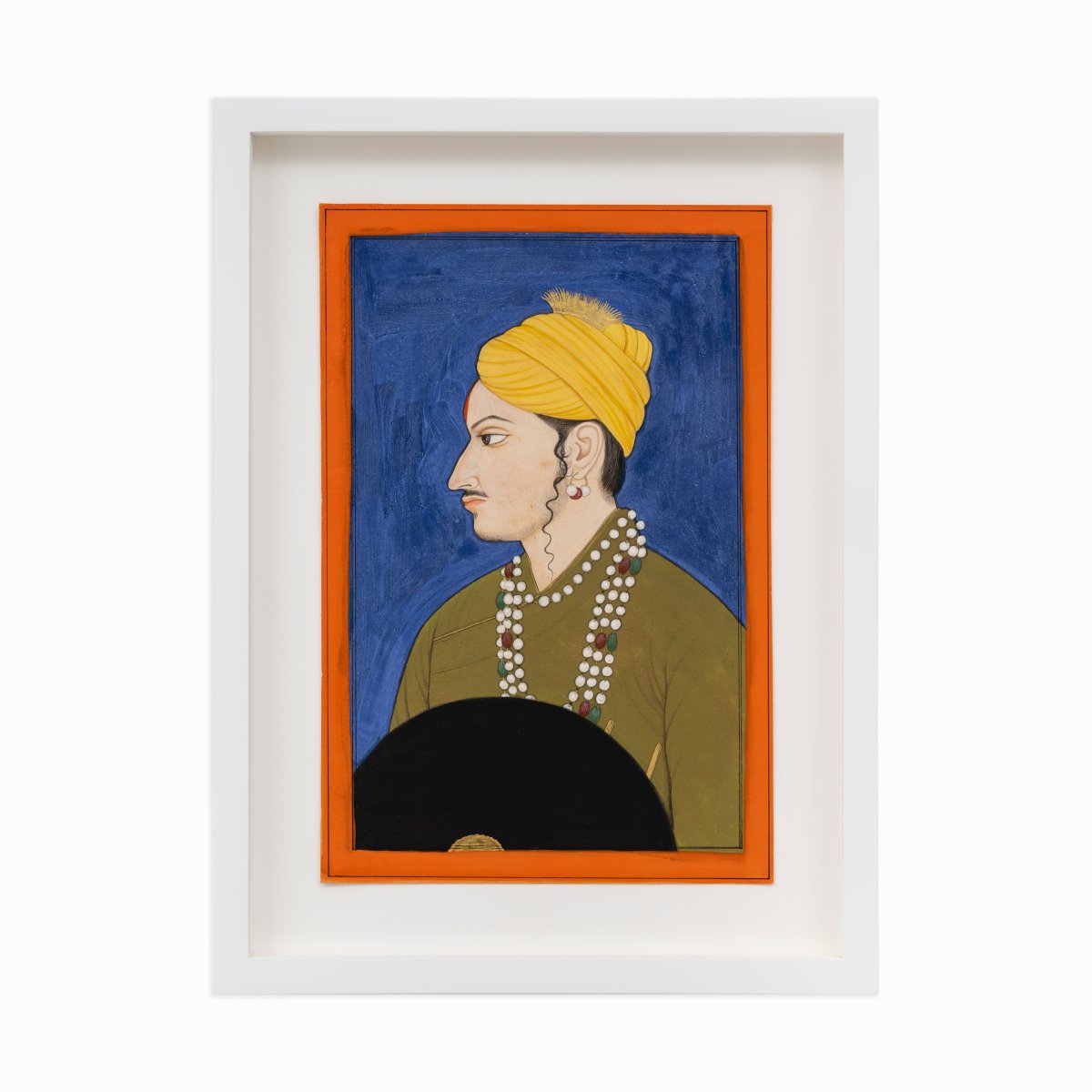 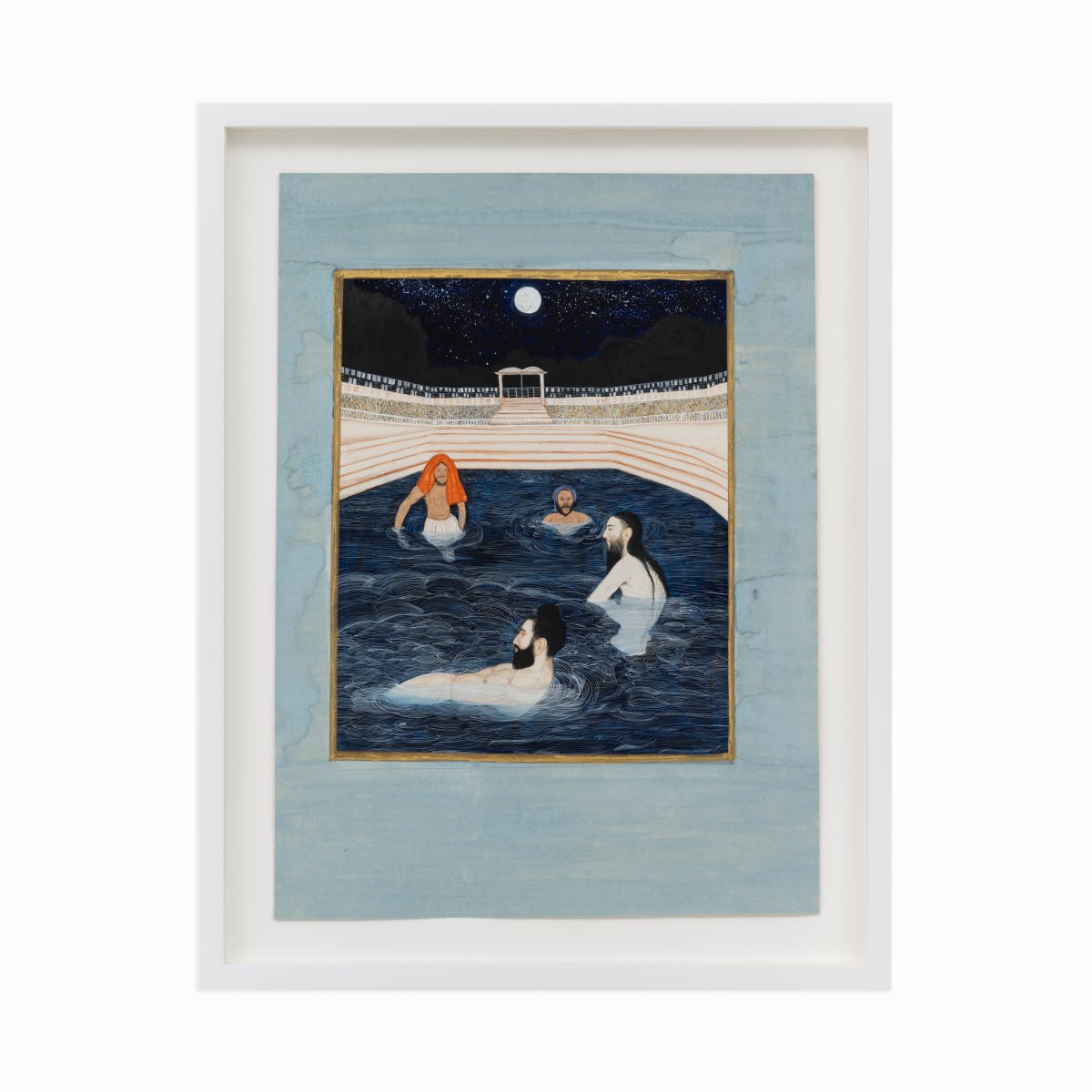 Jatinder Singh Durhailay
Bathing under the stars and moon, 2022 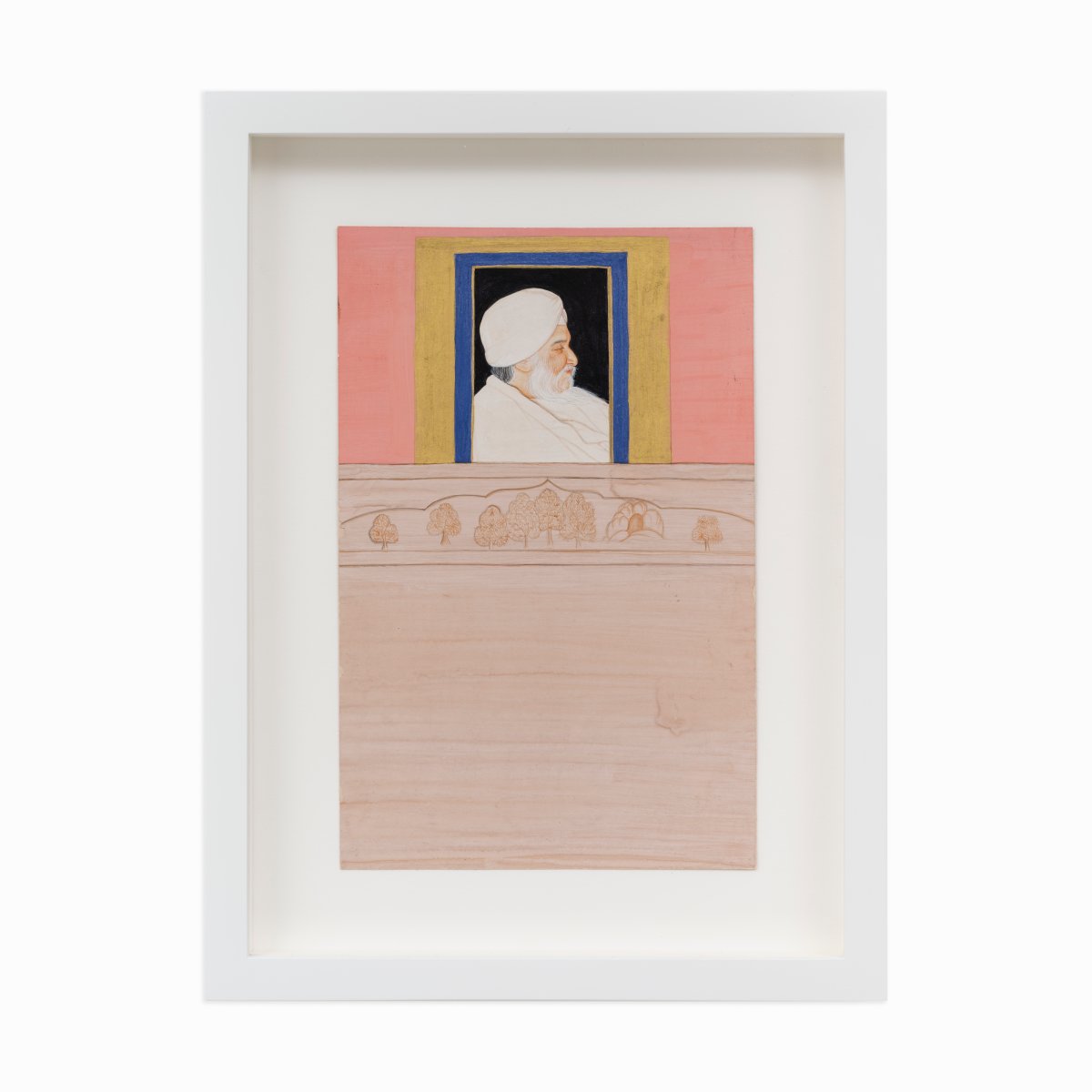 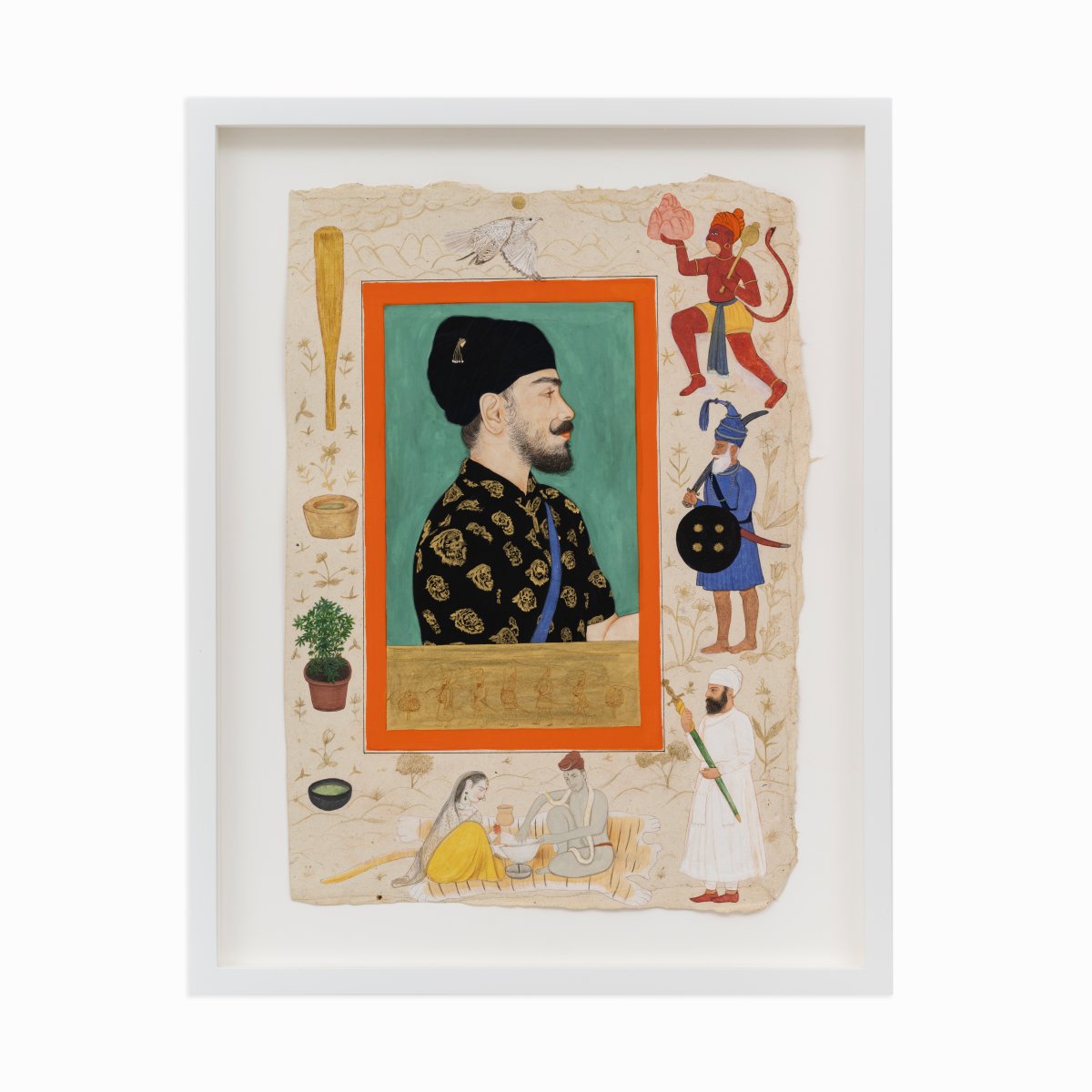 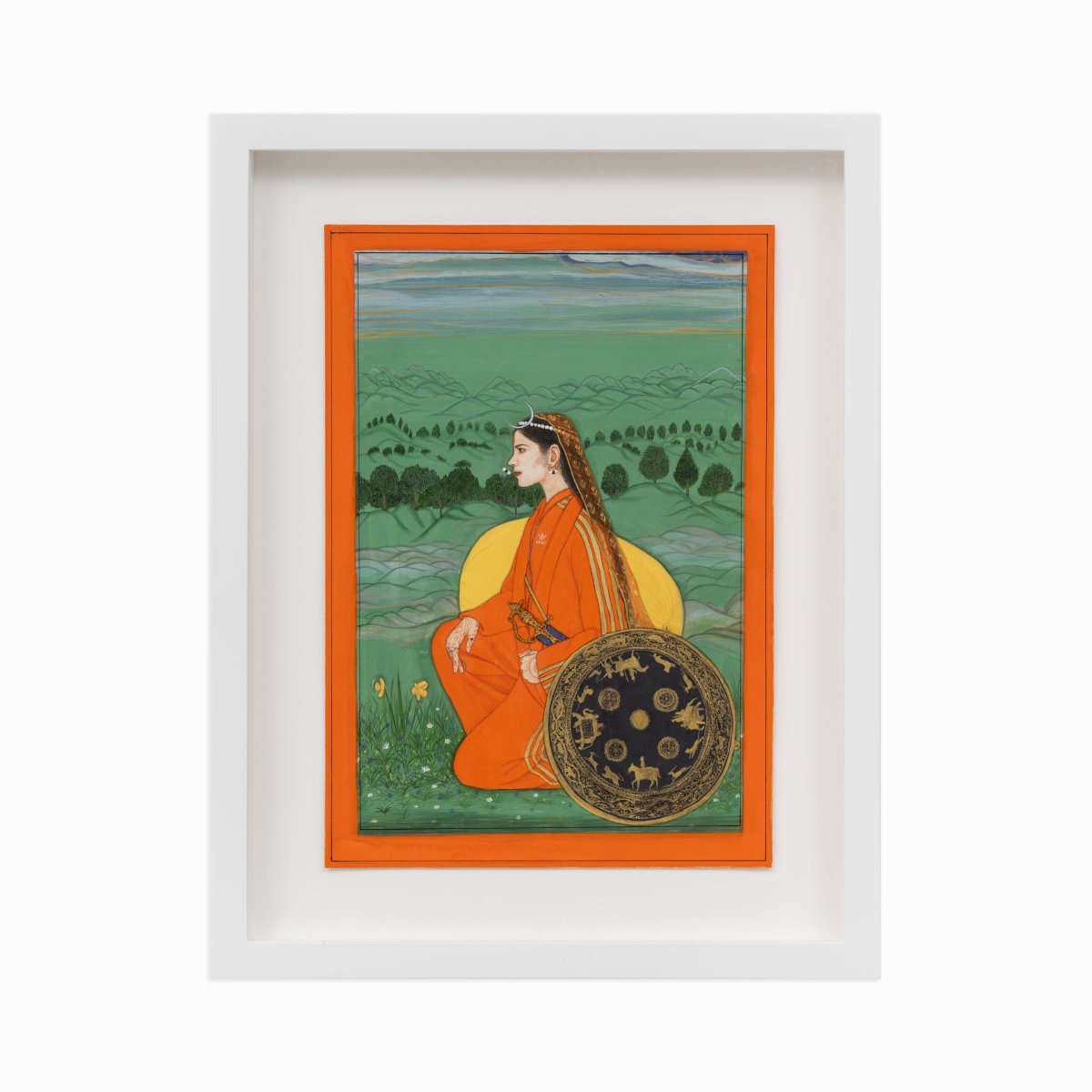 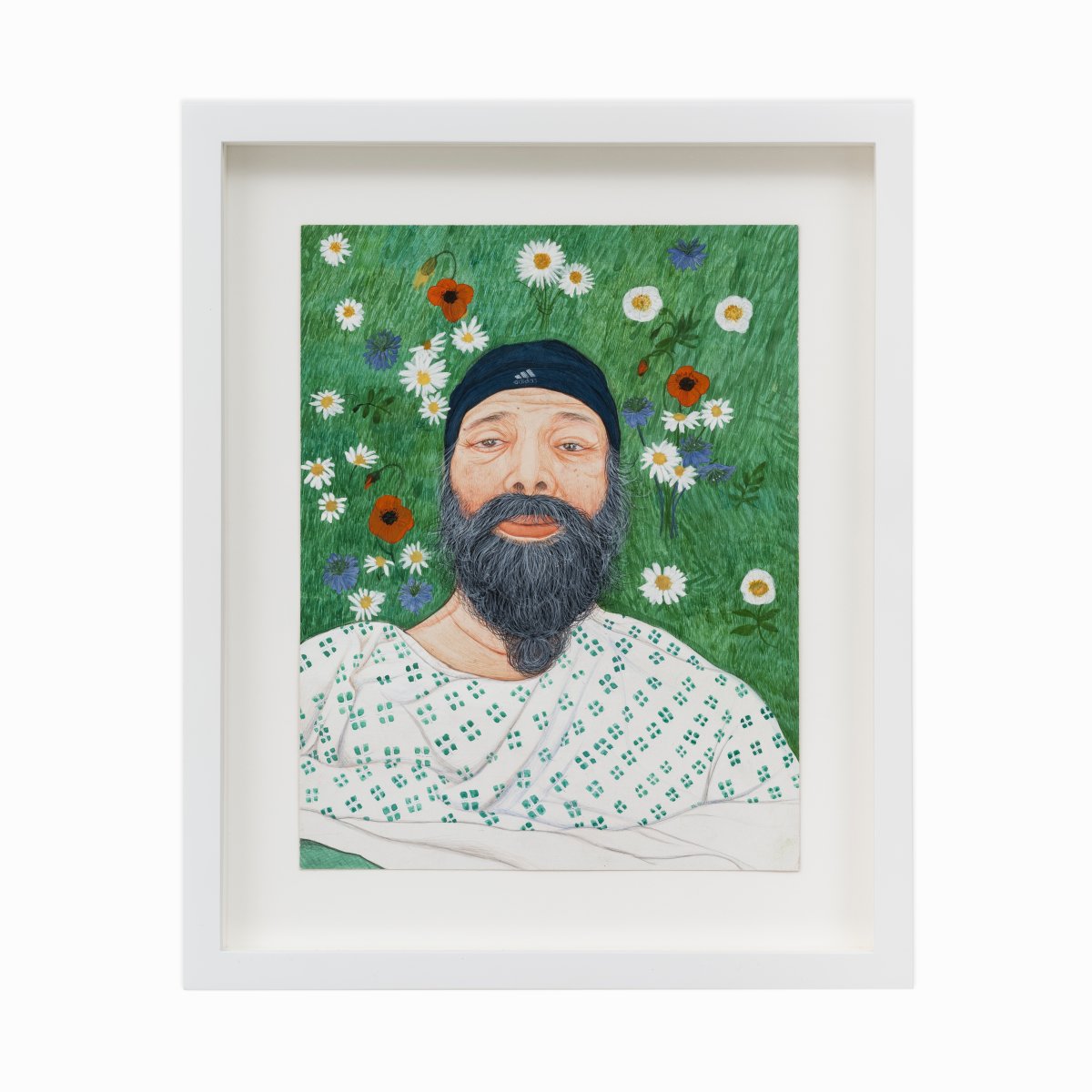 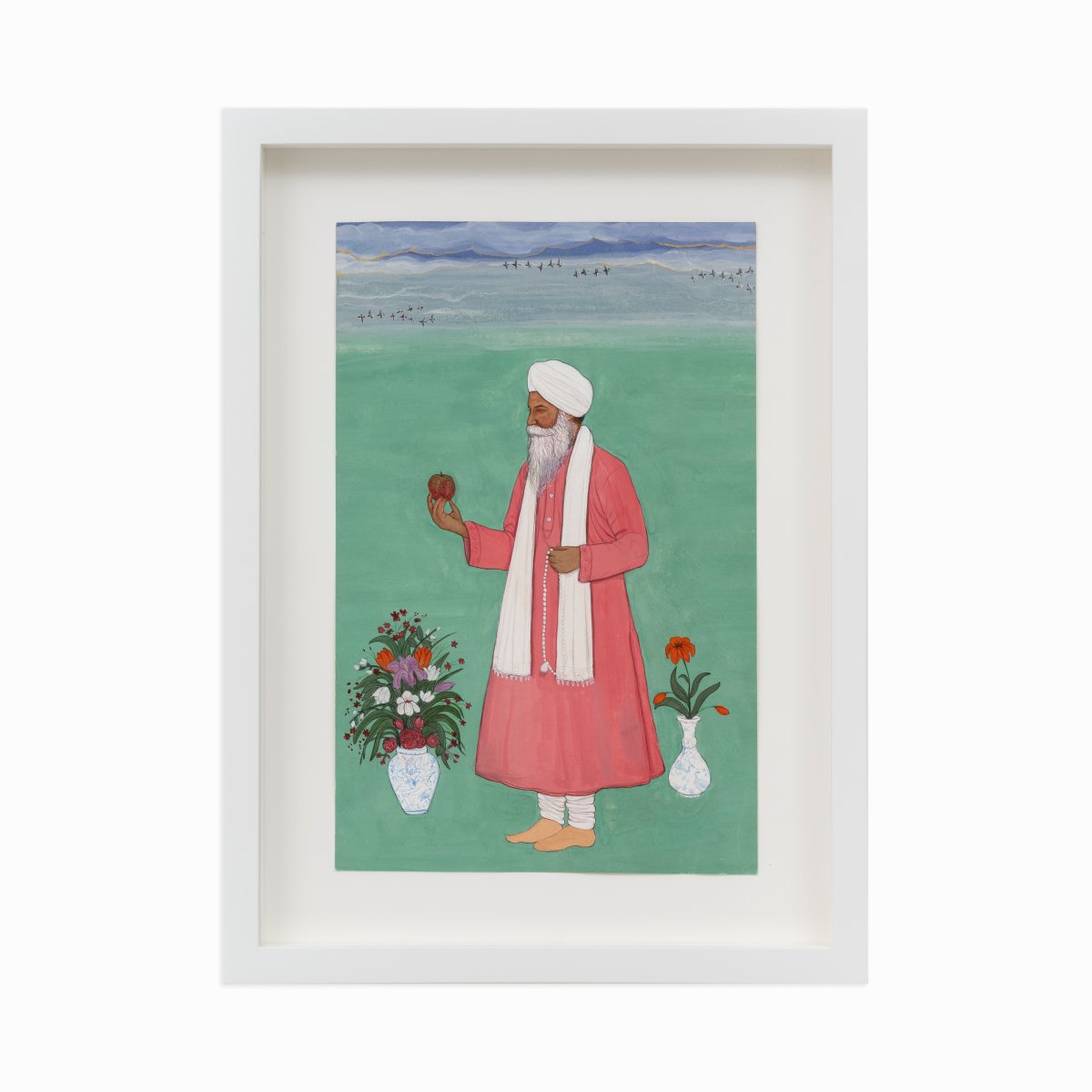 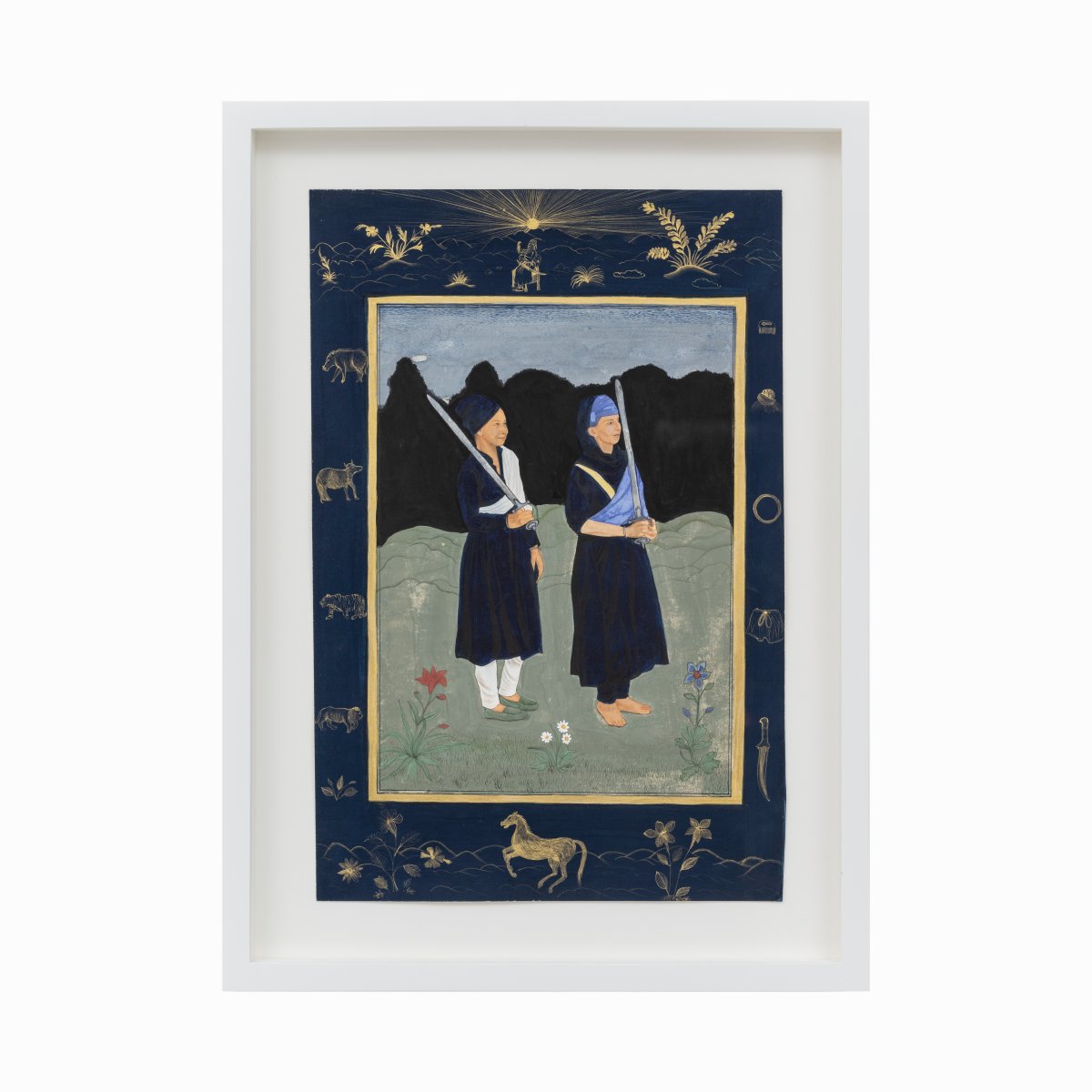 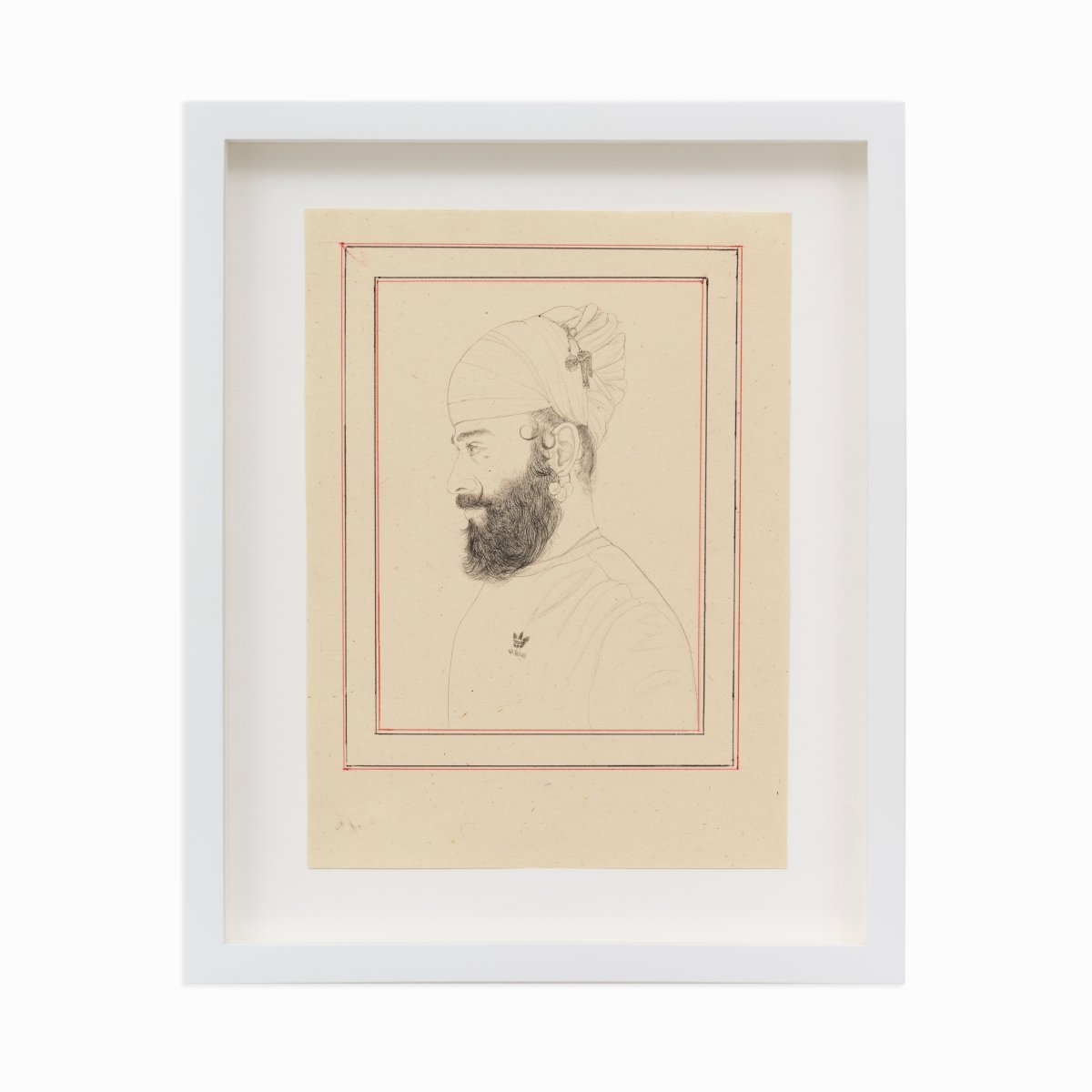 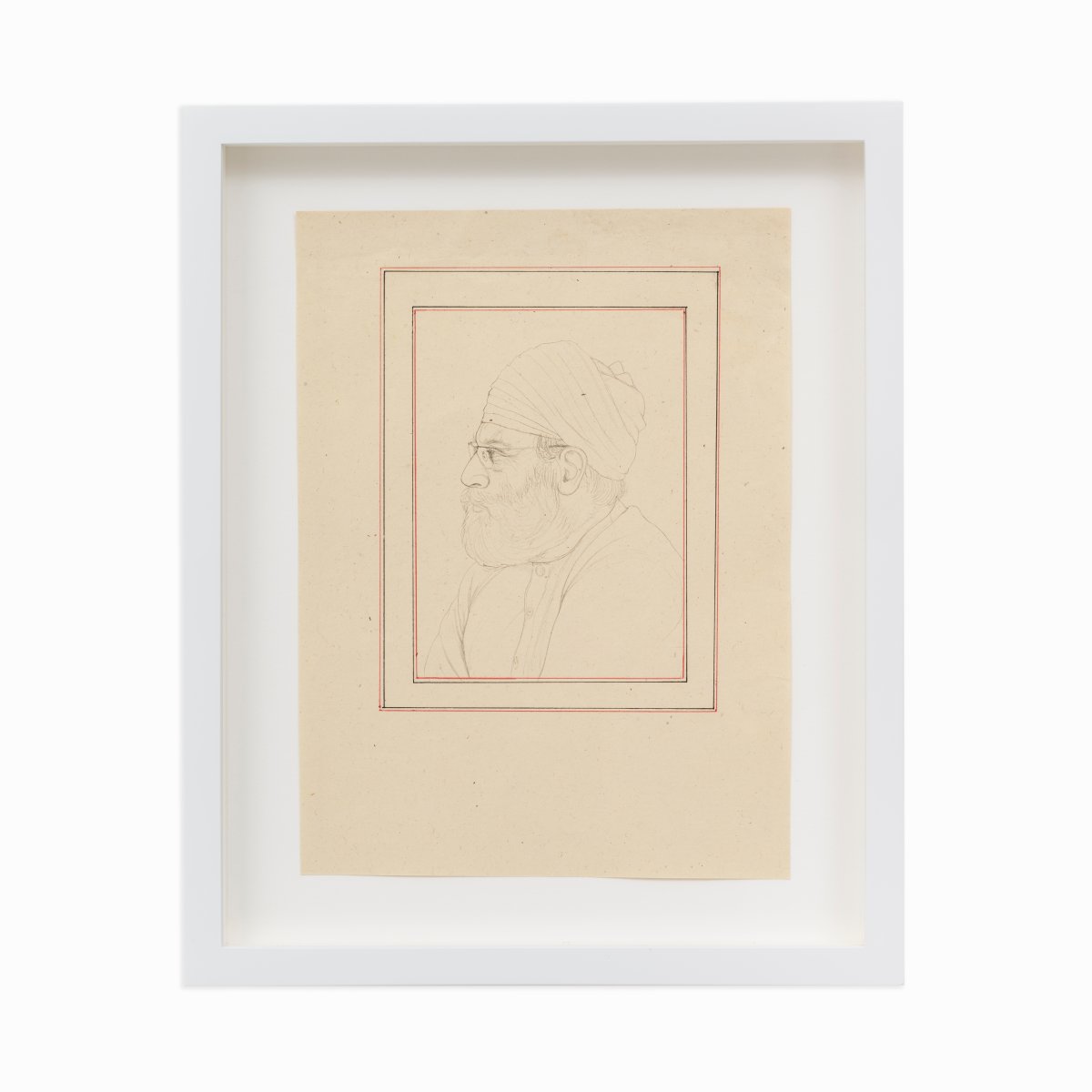 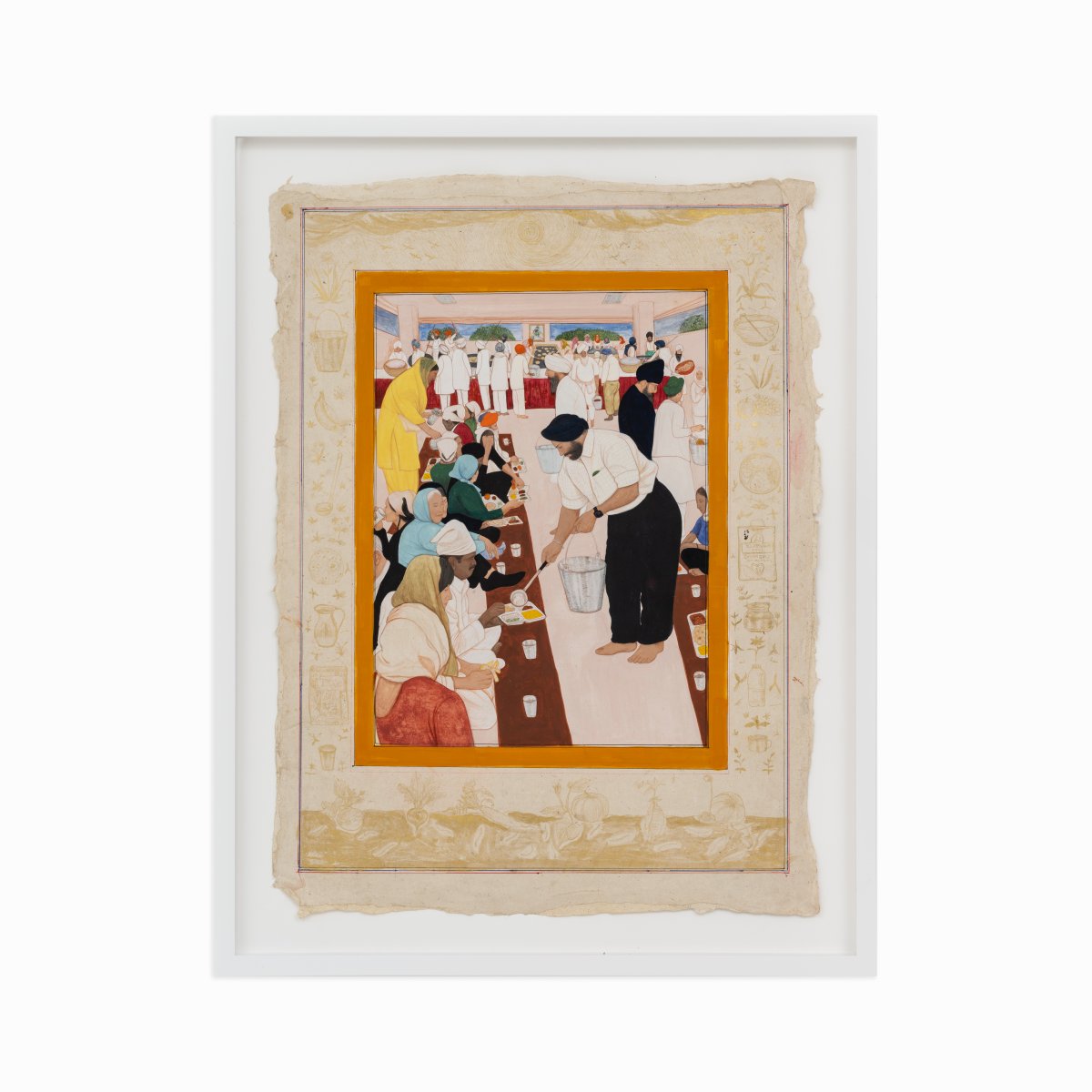 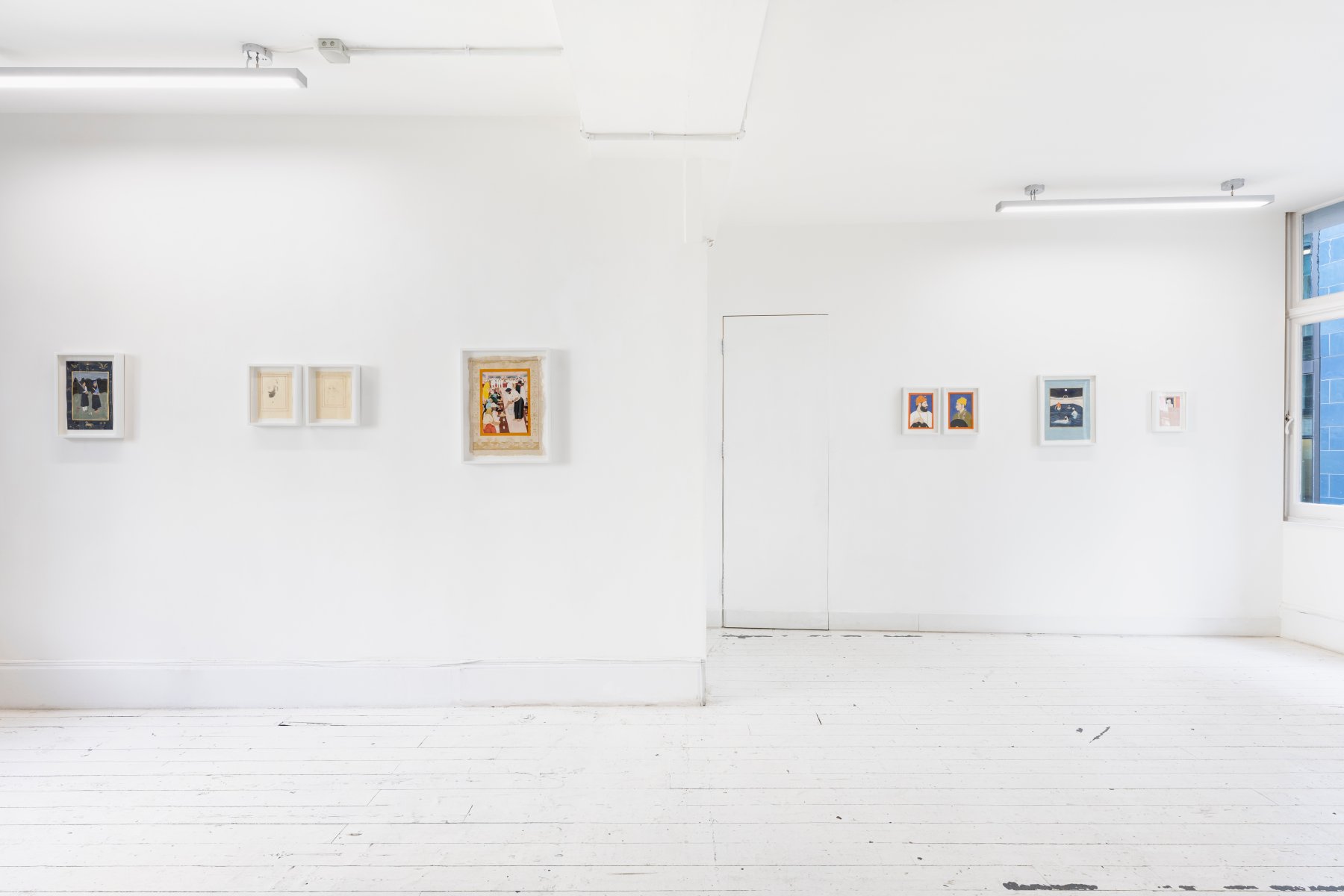 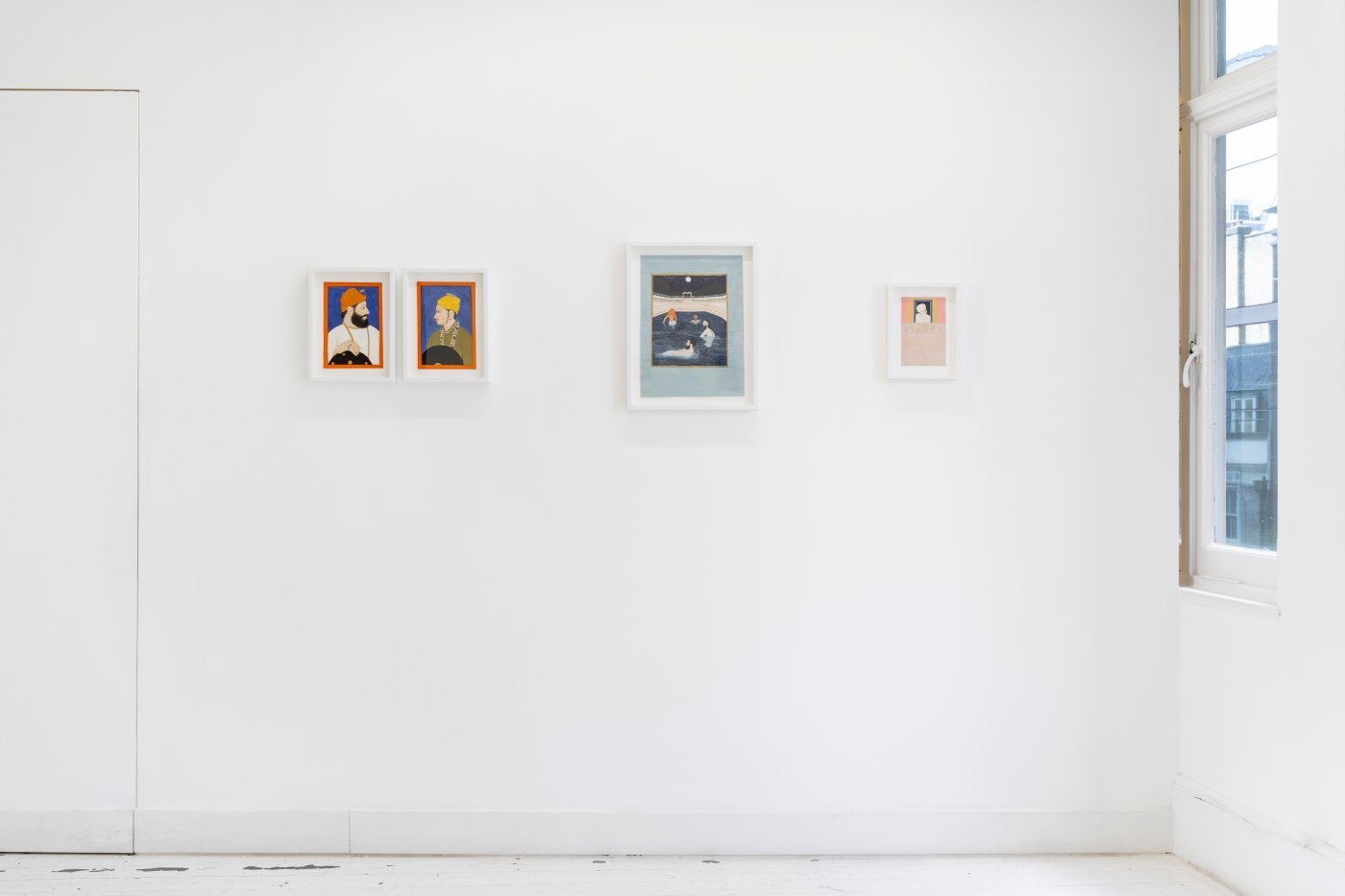 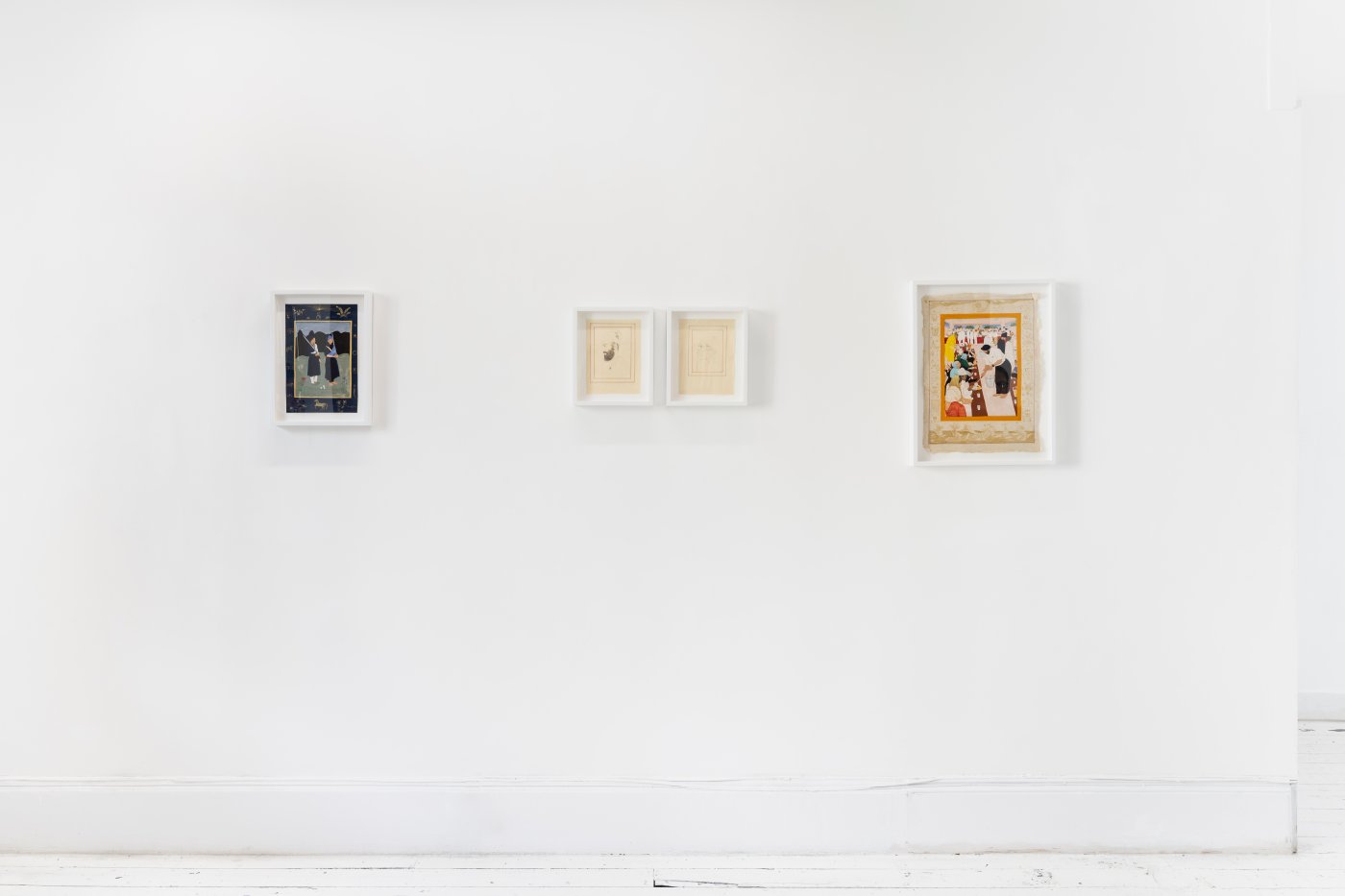 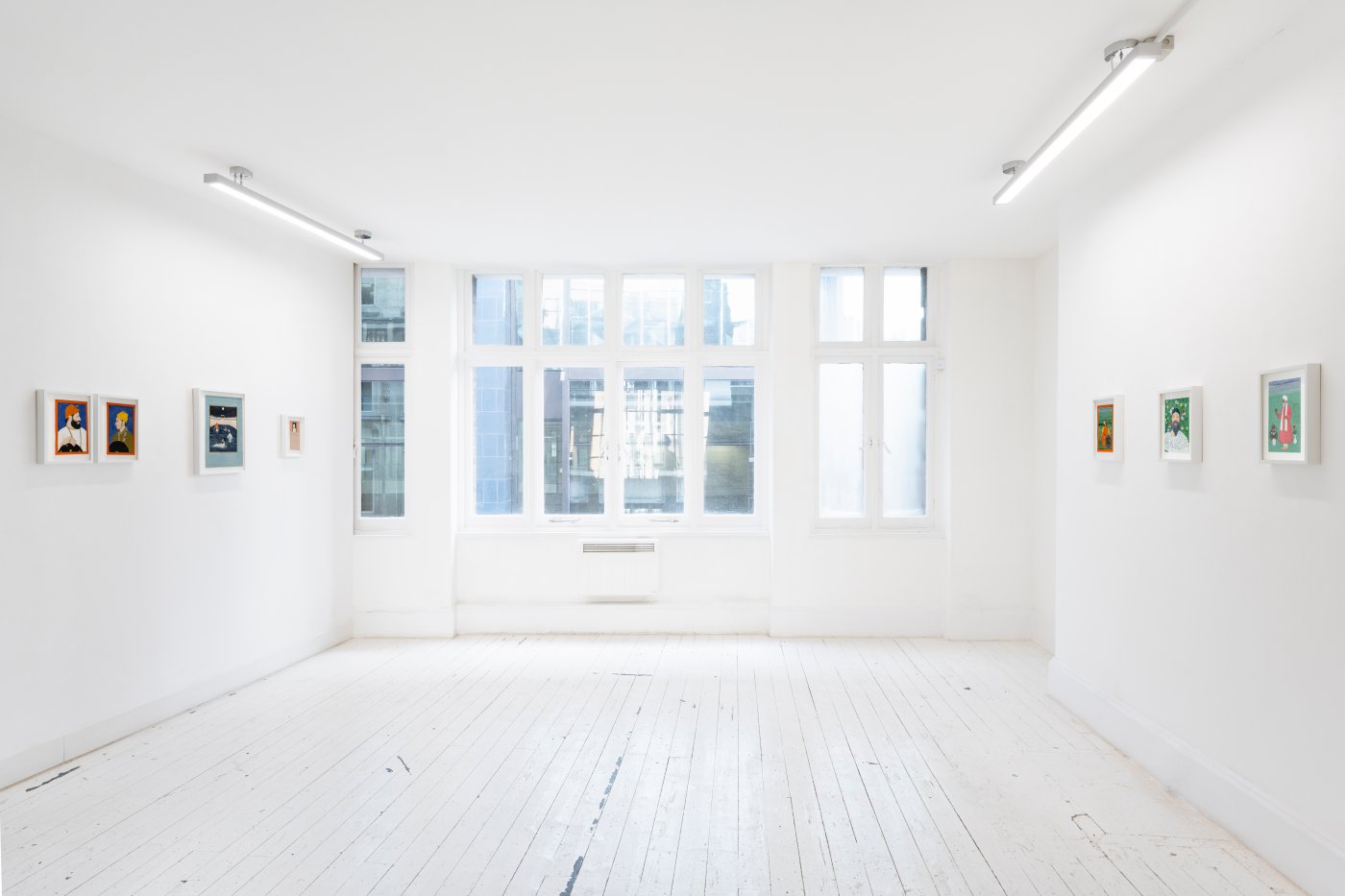 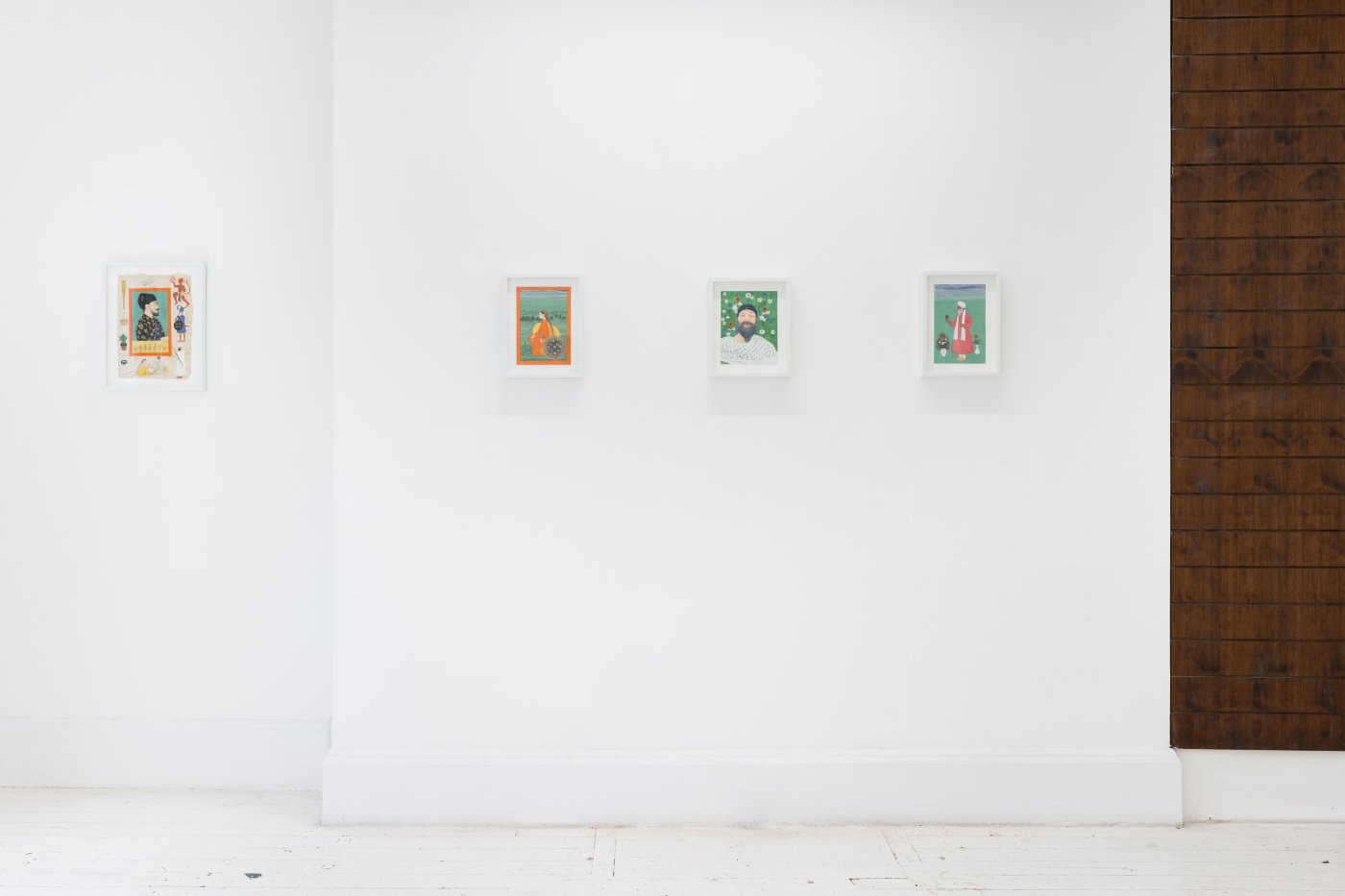 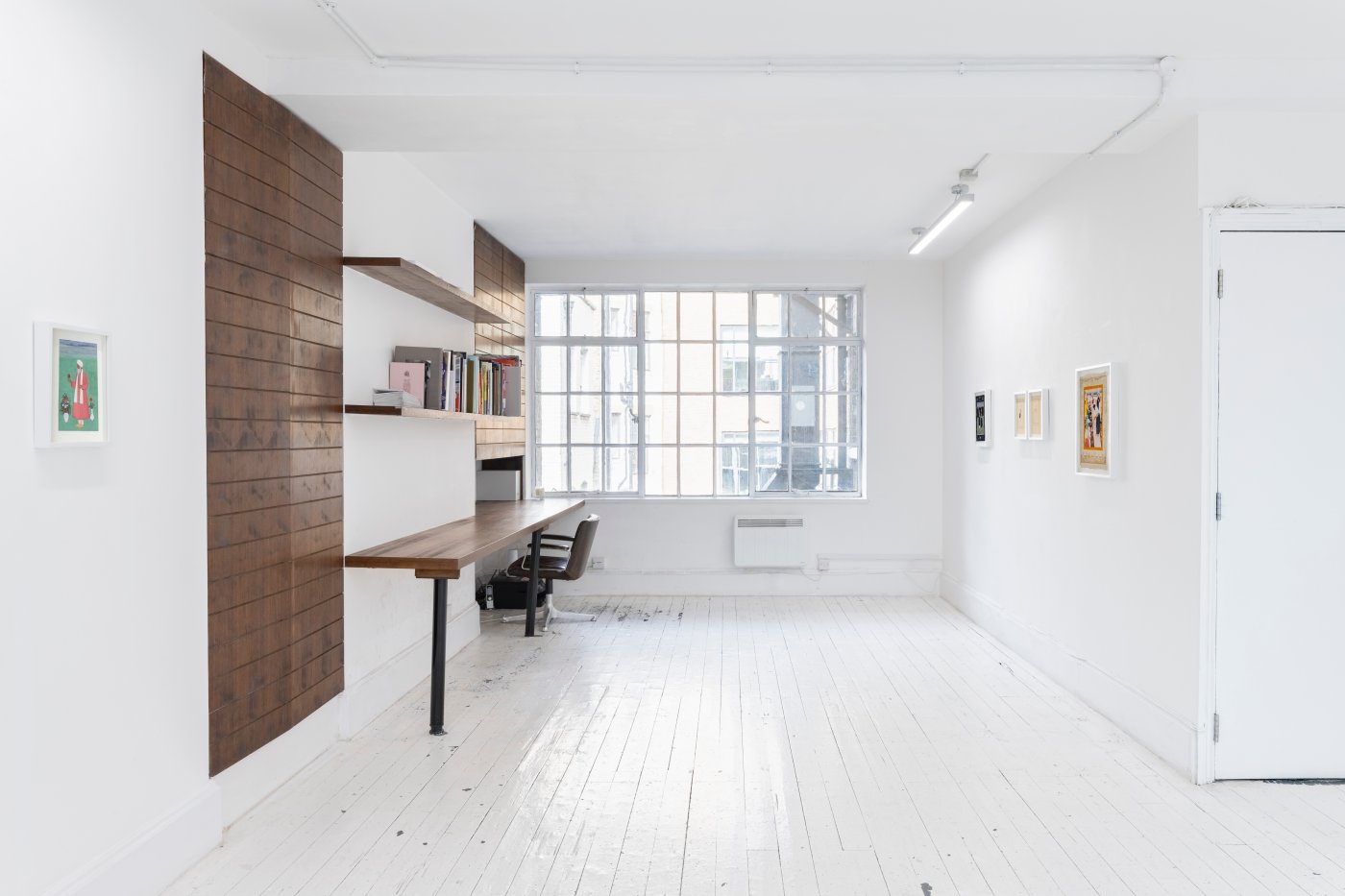 Durhailay’s paintings re-envision the rich history of Indian Mughal miniature painting. Spanning back to 1526, when the Mughal Empire (a dynasty that controlled much of South Asia between the 16th and 19th centuries) was established, Mughal paintings brought together the bright, vivid colours associated with Indian painting together with the fine, delicate lines preferred by Persian artists, as well as aesthetics from European Renaissance artists such as Albrecht Dürer. Known for their depiction of scenes from everyday life with a conscious drama and extravagance, the immaculately rendered paintings would often be situated as illustrations in art publications and manuscripts.

Inspired by such Mughal miniatures seen during childhood visits to the Victoria & Albert Museum in London, Durhailay was drawn to the realism in these paintings rarely seen in other forms of Indian art. Later, while studying, Durhailay recalls how he grew an interest in the contemporary art world, although quickly acknowledged that there was ‘a lack of representation of the Indian culture, of its diversity. And more particularly of the Sikh Indian culture.’

Rooted in the circle around him, Durhailay’s works depict those close to him: friends, family and members of the Sikh community. This exhibition takes its title from a phrase the artist affectionally recalls his late father repeating on visits to Pure Vegetarian South Indian restaurants in London: Let’s have (a) look then,. His father is depicted in Antim Fateh – last victory (2022), a homage to Bhupinder Singh Durhailay inspired by Vincent Van Gogh’s The Postman Joseph Roulin (1888). The border depicts spring flowers from the artist’s garden that symbolise new life: poppies and love-in-a-mist.

Other paintings bring together simultaneous references to the historic and present day. Chandi (2022) depicts Goddess Chandi – an eight-armed deity who manifested to destroy evil – as a contemporary female figure donning an Adidas tracksuit. Differently, Bathing under the stars and moon (2022) depicts Durhailay amongst a group of friends ‘blissful and carefree’ while swimming together at a Sikh temple in India that is reminiscent of an amphitheatre under a sky lit by a full moon. ‘I enjoyed the peace where you could hear the partridges and peacocks sing.’ He remembers. ‘They speak and almost sing to the full moon which is so kind of surreal, reminding me of a poem by Bhagat Ravidas.’

All of the included works incorporate natural stone pigments on wasli or handmade hemp paper; with the final details – beards, eyebrows, eyelashes and shadows – carefully applied with watercolour. Devised in India, in the 10th century, wasli is a multi-layer handmade paper traditionally used for painting Mughal miniatures. Paintings such as That my best friend (2022) also incorporate 24-carat gold essence which brings a radiant shine to borders and pictorial details such as the sun rising above the mountains.

Many works use a framing device where internal frames are placed within the confine of the paper. In portraits such as The chakravati man and Langar (both 2022) this allows Durhailay to relay stories with smaller, sometimes humorous, illustrations outside of the primary image. This is ‘almost how the mind works,’ he notes. This technique also allows Durhailay to experiment with the sudden juxtaposition of unexpected colours and patterns alongside each other and around the internal scenes. In The chakravati man, this particular story references an ancient ritual where marijuana is ground by Sikh warrior groups to make a special drink that enhances meditation. The painting portrays the balance between a need for energy and the importance of respecting nature.

‘Most of the stories are my stories which happen to have parallels with the Sikh and South Asian youth of today,’ Durhailay observes, describing this group of works. Let’s have (a) look then, brings together personal history, narratives surrounding contemporary Sikh culture, and mythological imagery in a nuanced and poetic way. Incorporating tropes from South Asian, British and European art, Durhailay’s paintings embrace the humorous and heroic while channelling Sikh philosophy surrounding the positive embrace of the beginning and end of life.

Jatinder Singh Durhailay (b.1988, London) lives and works in Oxfordshire, UK. Durhailay received a Bachelor of the Arts from University of the Arts London in 2011.

Courtesy of the artist and The Artist Room, London